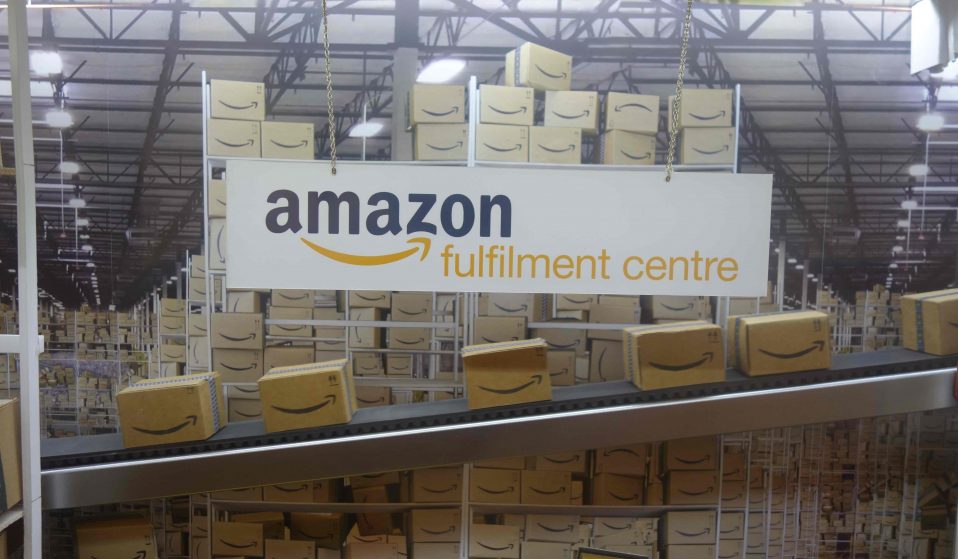 The Lewisham venue examines the way the world – and specifically the UK – has changed since Thatcher and Reagan came into power.

The Lewisham venue examines the way the world – and specifically the UK – has changed since Thatcher and Reagan came into power.

He grew up in Whitkirk, East Leeds, a suburb that he describes as “proper Daily Mail country”. And he’d be one to know, as his first job as a teenager was doing a paper round in the area, delivering various shades of right-wing papers – The Daily Mail, Express, and The Sun – to his local neighbourhood.

“I’d be delivering these papers every day then reading them all and thinking I was getting a really great cross-section of the world, but was actually getting radicalised by them,” Darren tells me, “I almost joined UKIP when I was 16.”

It’s hard to link Cullen’s art with the fact he once considered joining UKIP. Known mostly for his love of ‘subtervising’ – using the imagery of political or corporate advertising for satirical purposes – his work is deeply critical of right-wing ideology, taking on subjects like nationalism, the military, and rampant capitalism.

His shift away from the right began while he was studying art in Glasgow. From there, he read up on global inequality and watched documentaries by Noam Chomsky, which planted seeds in his head that gradually led him to the radical art he produces today.

His most recent project is the Museum of Neoliberalism. A collaboration between Cullen and radical academic Gavin Grindon, it opened at the Leegate shopping centre, Lewisham, in November last year, and is running for as long as they let Cullen keep the premises. 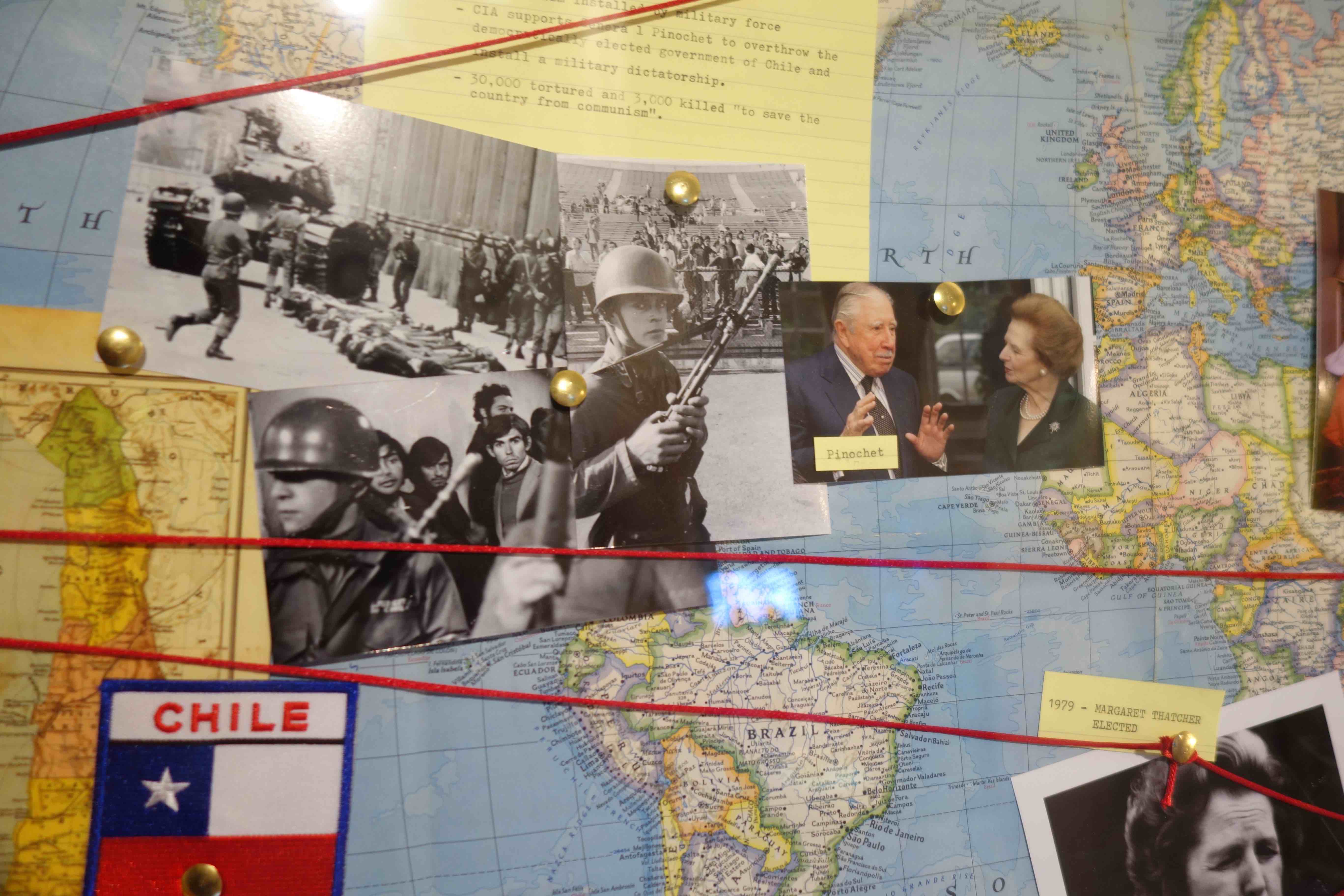 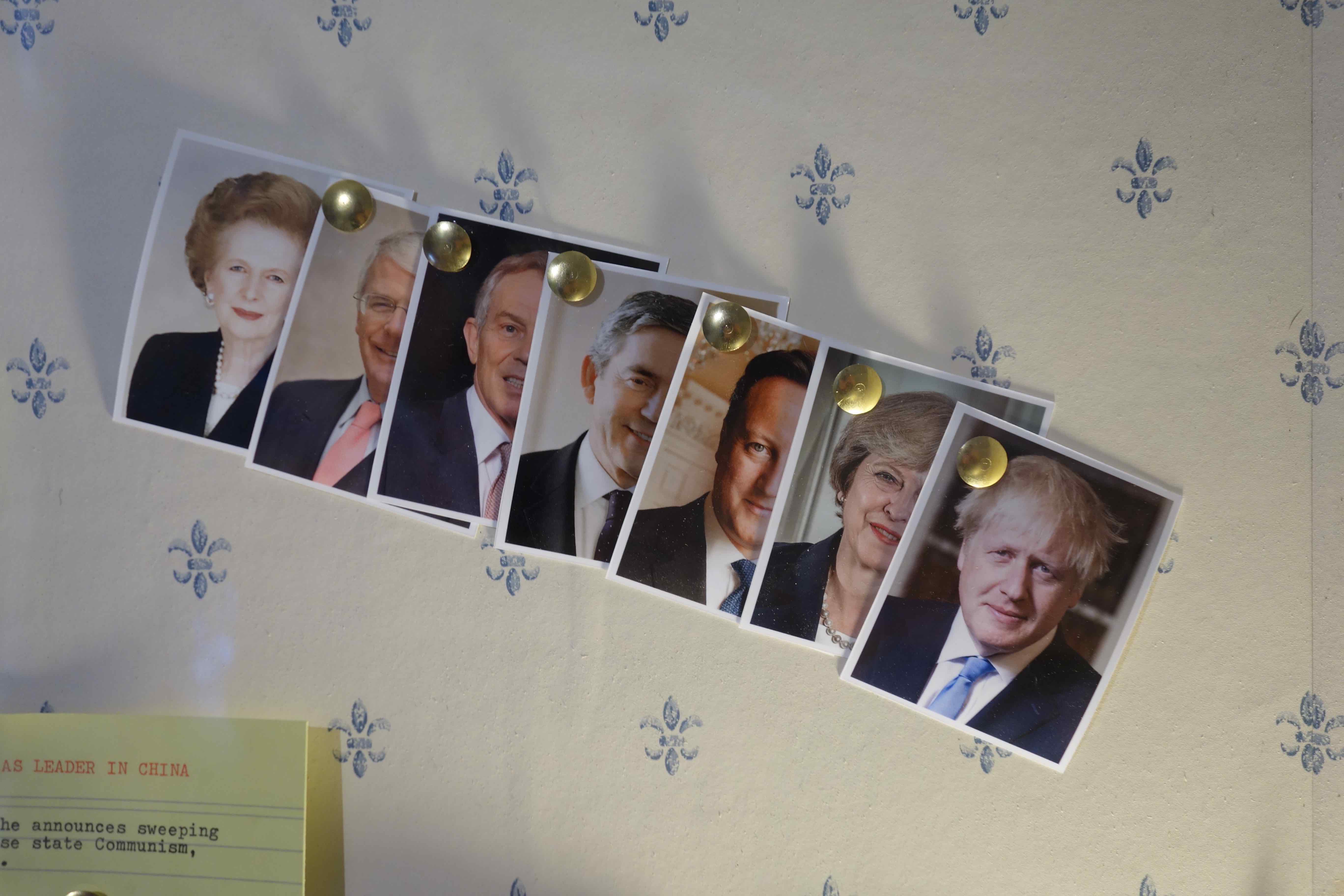 “Me and Gavin first wanted to make a museum of Thatcher, but then we quickly realised we couldn’t talk about Thatcher without mentioning Pinochet, and Chile, the Chicago Boys, and neoliberalism in general.”

The Museum itself is an insightful and often shocking look into the way the world – and specifically the UK – has operated since Thatcher and Reagan came into power. There are illustrative figurines showing the NHS being dismantled by Private Finance Initiatives; neck-strainingly tall lists of once nationalised institutions that have now been privatised; a UK rail Monopoly board game; and a (genuine) bottle of urine donated by an Amazon factory employee.

“I think what I’m doing fits into more of an outsider artist tradition,” Cullen tells me. “The goal is to do stuff that sustains me in my ability to do agitprop against things that really piss me off, like military recruitment, the oil industry and neoliberalism in general.” 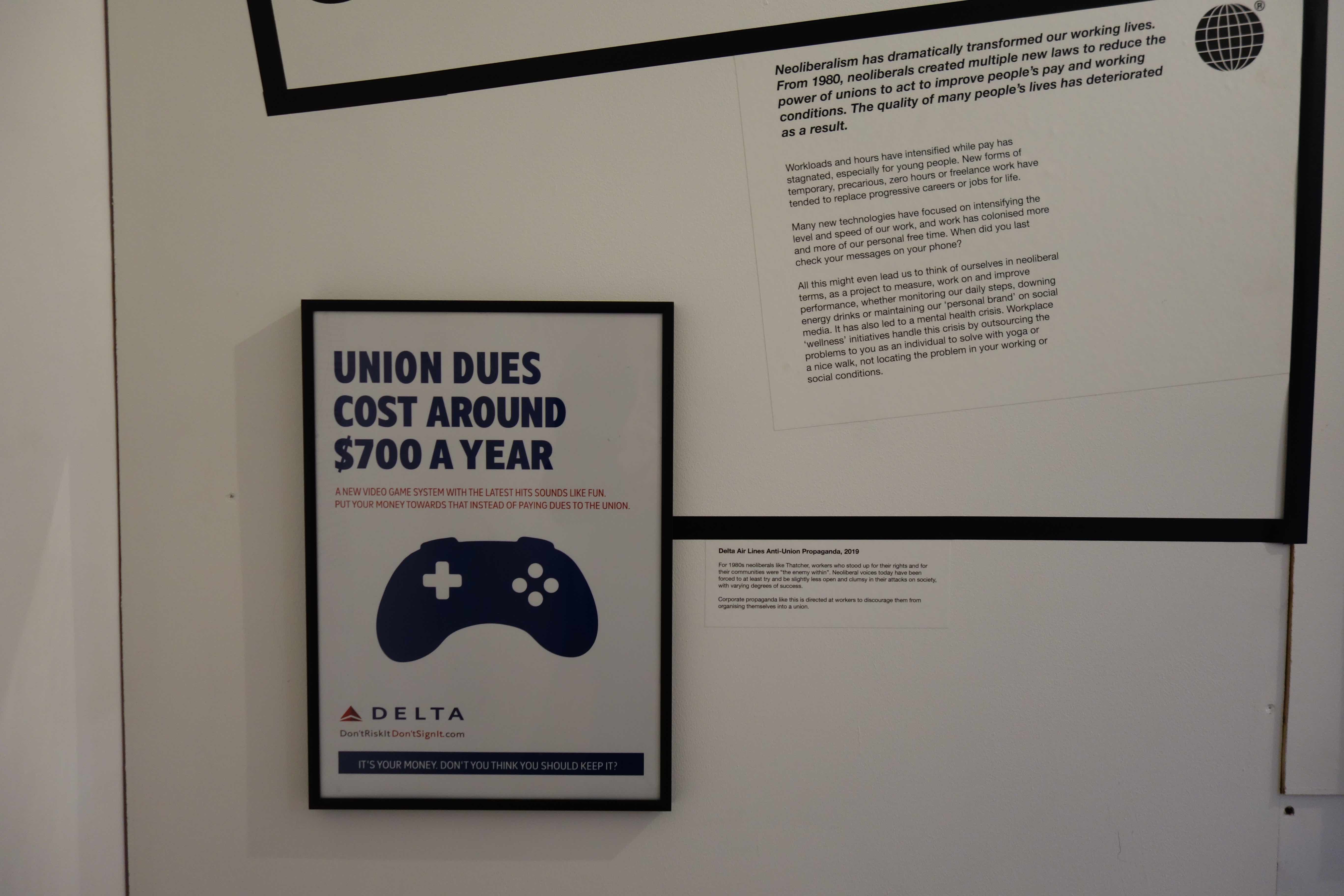 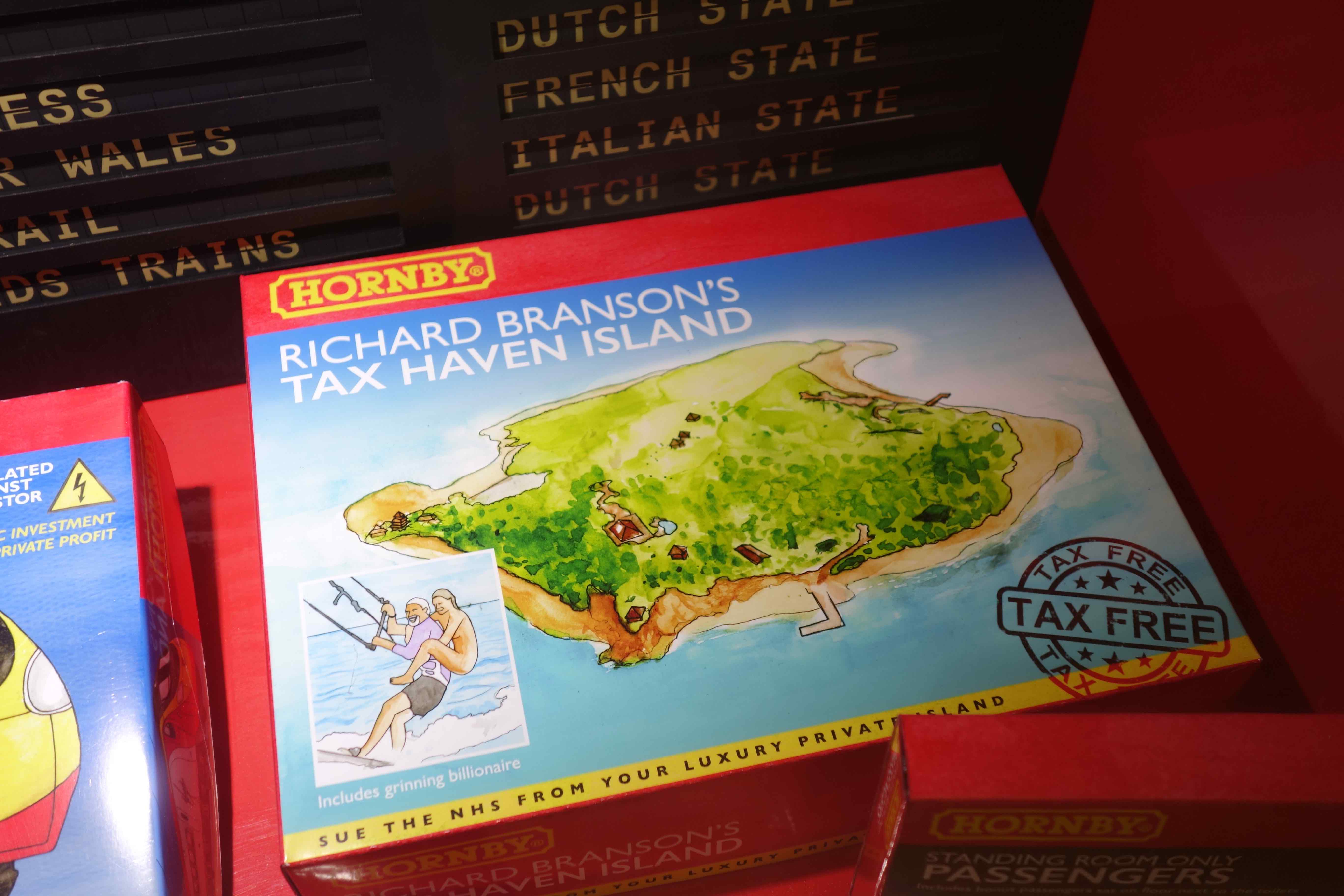 Cullen hopes his art will have the ability to affect real life – even if it’s only incrementally. He felt the effects of his art after his anti-Shell art, which he sold as stickers and badges, were the subject of a cease and desist order from the company, which led to some awkward back and forth email correspondence.

“The anti-Shell stuff I did, which they sent me a cease and desist over, just makes me really glad that somewhere in the evil headquarters of Shell there was a meeting held about my work, and they had to talk about me for five minutes instead of fucking over the world,” Cullen says, laughing, “Just even a sense that you’re pissing off the right people is immensely satisfying.”

In that way, Cullen’s work is almost acting as a karmic rebalance in the world. Just as he was taught to re-evaluate his right-wing outlook, he is now planting those seeds himself with his subtervising, hoping to sow a more critical way of thinking into people unaware of the troubles of neoliberalism.

“I don’t know what my art is doing once it’s out there,” Cullen says, finally. “I think it’s very hard to change people’s minds. But if it could just make someone laugh then you’ve at least got them to agree with you about the absurdity of a situation.”

Museum of Neoliberalism is currently open in Lewisham, London.

Linkedin
RELATED ARTICLES
OTHER ARTICLES
The author discusses the all-consuming nature of heartbreak, and turning the experience into an incisive exploration of love and loss.
With inflation now at a 40-year-high of 9 per cent, demonstrations organised by TUC took place to demand action from the government.
Yesterday queer activist group Lesbians and Gays support the Migrants staged a die-in at the Pride in London parade to protest the inclusion of police in the march reports Huck politics editor Ben Smoke.
50 years since its inception, and the campaign calling for recognition that capitalism depends on domestic labour is as pertinent as ever.
Photographer Matthew Brookes recalls following a group of young people in Venice Beach living in search of the perfect wave.
Thomas Hoepker‘s images taken during a road trip across America provide a searing social commentary about a divided country.