News & Politics / Activism / Project Bolsonaro: what does the future hold for Brazil? 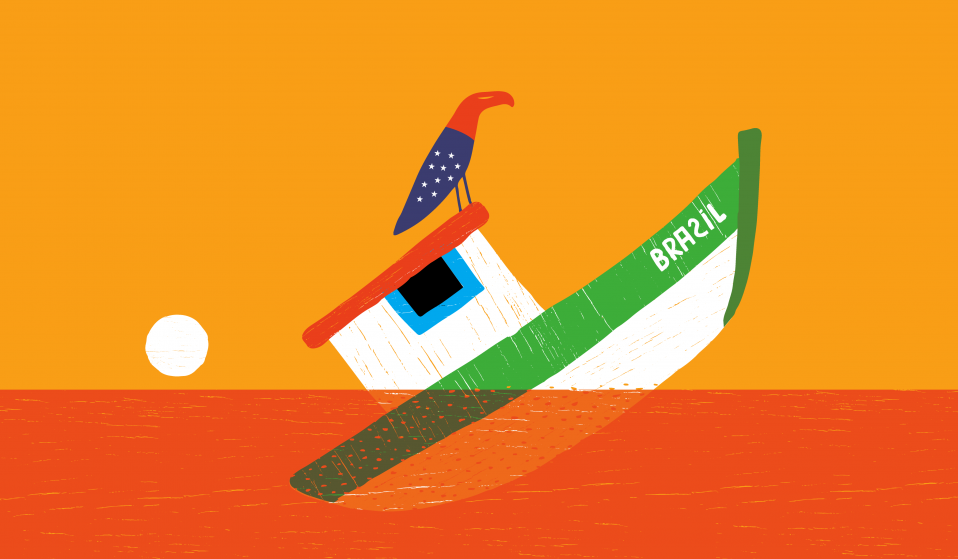 Neo-fascist Jair Bolsonaro is the president-elect of Brazil. We ask sociologist and Brazil expert Jesse Souza what happens next.

Neo-fascist Jair Bolsonaro is now the most extreme right-wing leader of any democratic country. But what does that mean for young people and minorities living under his regime? We speak to sociologist and Brazil expert Jesse Souza to find out what happens next.

Jesse Souza has written more than 10 books about Brazil, ranging from the best-selling A Elite do Atraso (‘The Backwards Elite’) to his most recent theorisation on the pettiness and prejudices of the middle classes. We spoke to him just days before the election, when he described the dangers of a potential Jair Bolsonaro presidency.

Once the result was confirmed, we followed up with more questions. In this interview, Jesse discusses the roots of Brazil’s class system, the meteoric rise of its president-elect, and what’s next for minorities and young people living in the country. In short: they’d better get ready for a rough ride.

Universities were raided by the police in the days before the election, what happened?
We’ve been living under a fascist culture for a long time here. In fact, ‘fascism’ has been a part of the culture in Brazil from day one. It’s a continuation of slavery that’s manifested through the hatred of poor people – you cannot understand Brazil without understanding that kind of hatred. The country’s been set up to keep poor people marginalised and humiliated, which is part and parcel of an authoritarian society.

And is this sort of authoritarian culture alive even within democracy?
Of course. The main system-supportive element within the state has always been the judiciary, which put the opposition in jail – allowing Bolsonaro to emerge. It is now showing who it serves, and on whose side it stands. You see, within the state there’s always a tension between the side that’s actually elected, tied to popular sovereignty, and the state bureaucracy, that’s encrusted with the state. And every now and again that bureaucracy will try to seize state power.

Is Judge Moro, the guy who jailed Lula [Luiz Inácio “Lula” da Silva, the country’s former leftist president], an example of this?
Exactly. And it’s pathological in his case. It’s a witch hunt. How does someone whose father is a founder of the right-wing party in his hometown, and who’s regularly seen at events with conservative politicians and photographed multiple times in their company, not declare himself partial and therefore unable to be an impartial, apolitical judge? In England, he’d be in jail and the keys would have been thrown in the Thames!

And this guy is now in Bolsonaro’s cabinet. How is this not a scandal?
He’s now the Minister of Justice. In any functioning democracy, the person who wiretapped the president and leaked it to the press would have lost their job immediately – and then some. But since all of his illegal activities were tolerated, and even supported by the elites and the media, that kind of extra-judicial behaviour eventually became normalised. So much so that he was able to put the opposition in jail – and then take a job with the far-right government he helped to elect.

Did the rise of Bolsonaro surprise you?
I don’t think anyone expected it. It’s important to note that this is a new movement – it’s neo-fascism. It’s a fascism that’s the result of financial capitalism. It’s not only an economic system that appropriates and concentrates capital, but it is also a political system. And financial capitalism is diabolically efficient, with an awareness that it needs to be legitimated.

It’s extremely well thought-out from the point of view of capital’s interests. You break up the unions, then you break up parties, then you eliminate associative relationships, and then you isolate the individual, who’s left without organised social or political ties. This is the social base of neo-fascism.

Is this almost a culmination of Thatcher and Reagan’s project?
Exactly. And now you’re seeing the fruits of it all. The political manifestation of financial capitalism is fascism. How else are you going to be able to concentrate wealth in the hands of a half dozen people? You also need a highly concentrated media system. Neoliberalism has been normalised and made common sense, effectively built into the daily production and distribution of information – not only in Brazil, but around the world.

So you have a system that is owned and funded – via think tanks, the media – by people who have tons and tons of money. In Brazil, you have some of the wealthiest elites financing this kind of stuff. You have an organised attack, from the top down, where people are getting poorer without knowing why and how they are getting poorer. In Brazil, they think political corruption has made people poorer. It does exist, evidently – but its quantitative impact is small relative to the ransacking of the state by elites.

Were the left naïve while in power?
The left made many mistakes. But it obviously did great things, too. In Brazil, the poor are not only economically poor; they are also humiliated. Without understanding this, we can’t really understand what poverty is across all of its dimensions.

Today, you have a massacre of poor people celebrated by a proto-fascist middle class. And Lula worked to rescue these people, taking them from a humiliated class to a working class. Precarious to be sure, but that’s really important. It’s historically unique.

This speaks to people’s dignity.
Yes, it shows that these classes that were abandoned and humiliated for hundreds of years are not hopeless. There is a great lesson here: if there’s political will, human beings can always be rescued. There is hope for everyone.

So what are the consequences of a Bolsonaro government, especially for young people and minorities?
Unfortunately, the young and poor can expect a bloodbath. Bolsonaro is going to deepen the neoliberal agenda, which is going to make the poor even poorer, so you’re going to have to kill more people. At the same time, you have to appeal to your base, so there’s going to be a moralising offensive, in the archaic sense, meaning you’ll see attacks on gay people, leftists, blacks. And when you have an escalation of violence like this, you don’t know where things are going to lead.

This sounds dramatic.
It’s a deepening of everyday prejudices. It’s now explicit, and violent – it’s been legitimated by the ‘boss’. So you have a poor, working class that’s getting poorer, and they don’t know why they’re getting poorer, so they get angry. All this hatred and racism is becoming very explicit.

And what about Brazil’s indigenous peoples, what could happen to them?
Of all minorities, indigenous peoples, as well as the LGBTQ community, are going to suffer the most. He’s already said that indigenous people will not get an inch of extra of land. They’ve been called lazy, the same was said about black people. It will be a time of massacres and assassinations.

I think that’s a mark of this neofascism. It isn’t hierarchical and organised from the top down – it’s diffused and actioned on the ground via militias and small groups. The ‘boss’ doesn’t issue orders. He doesn’t have to. And what you won’t have is a functioning legal system to curtail this and prosecute these actions.

There’s gonna be resistance, though. What’s that gonna look like?
We each need to do whatever we can, in the areas where we operate, to oppose this neofascist wave. But of course individual action is never going to be enough. We need to organise. In Huck, for example, I can see that you guys cover stories with a variety of different voices and put it in front of a young audience, who can then try and think about the world in a very different way. That’s important.

How can young people help out?
We have in young people the possibility of a reversal of human fortunes – both as a civilisation but also as a species. The rise of neofascism and the economics that underpins it means precarity, insecurity, hopelessness, environmental collapse. Young people know that – and their future rests on resistance.

Linkedin
RELATED ARTICLES
OTHER ARTICLES
Sean Maung’s photos are a love letter to the Black and brown communities that make up New York.
A group of young Palestinians have found temporary freedom in the act of parkour, reimagining wreckage and ruins as a series of high-octane playgrounds.
In his 2008 series, the photographer pictured himself as Angela Davis, Martin Luther King Jr., Malcolm X, and other prominent figures.
Yesterday thousands gathered outside Buckingham Palace after news of the Queen’s death broke.
Ahead of the release of their first collaborative album, the producer and rapper talk psychedelics and the state of UK hip hop.
Following the announcement of an 80% hike in the energy price cap from 1st October, crowds gathered outside the offices of energy regulator Ofgem to protest and declare their intention to undertake a payment strike.