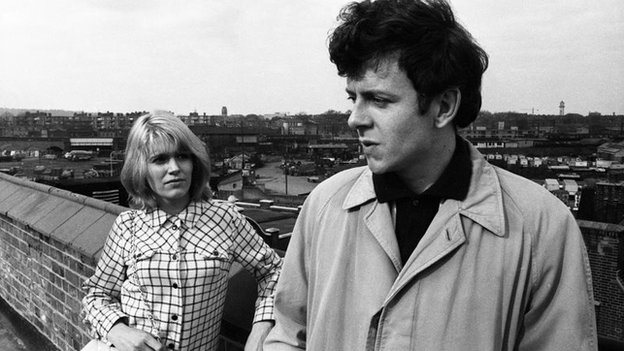 The gap between rich and poor has never been so great. Auteur of radical thought Ken Loach wants us to take a stand against it and create a united left.

The gap between rich and poor has never been so great. Auteur of radical thought Ken Loach wants us to take a stand against it and create a united left.

His second talk in Peckham in one week (both sold out speedily), Loach screened selected clips from his work – from Cathy Come Home (1966) and Land and Freedom (1995) to his latest film Jimmy’s Hall (2014) – and discussed ideas related to them in order to raise money for socialist candidate for Camberwell & Peckham, Nick Wrack.

The veteran filmmaker spoke super eloquently about both the artistic and political elements of his films, tracing a narrative from the Spanish Civil War in the 1930s in Land of Freedom and the housing crisis of the 1960s in Cathy Come Home (a TV film that led to the establishment of homelessness charity Shelter) up to recent politics. Loach stated that what he enjoyed more than a finished film, was the process of filmmaking: of meeting people, hearing people’s stories and developing a network of friendships. It’s his continued interest in the everyday and his ability to convey people’s stories, which keeps his work so relevant.

Loach explained being political as ‘asking questions’. At 78 he remains full of hope and positivity for political change, actively calling for the necessity of a unified left. There is, he insists, an alternative. Here are some of the best quotes from the night that kept us talking the entire way home.

On The Control of TV

“Managing the news and managing perceptions of the world is a way of controlling consciousness. And if you control consciousness then you control how people behave, and how they vote. So the control of television is very important and the ideas that are allowed to be presented are very important. The subtext of a program like ‘Benefit Street’ is, ‘Here are scroungers who are living off the state.’ And there are several programs now like that. That’s not an accident. When we made Cathy Come Home we had a head of drama and I think he saw it when it went out. That’s inconceivable now. Everything has to be pre-approved. There’s a sense in which they are squeezing creativity out of TV. It is now an instrument of control.”

On The Potential of the Internet

“I’m the last person to ask this because I have difficulty working my mobile phone [laughs]. But you can read some great stuff on the internet – friends often send me stuff. The problem is developing a movement out of that with a political program, with some democracy in it. The problem is going to the next stage of organisation. But yes I think the internet definitely has huge political possibilities.”

On The Housing Crisis

“I’m sure it’s worse now [than when Cathy Come Home was made]. And the one thing we’ve learnt from the years of the market being put forward as the answer is that the market doesn’t work. And the market is the centre of [Conservative] political ideology. But the fact is if there’s a need and business can’t make a profit, the need goes unanswered. People need houses. The market will provide houses for the rich, it won’t provide houses for the vast majority. The market will not work, it is not the answer.”

“[Before Thatcher], people grew up with the idea that you got a trade, you got a job, and you had a job for life. There was a sense of security. And of course now the idea of work has totally changed. There has been a rise in agency work, short-term contracts, casual labour, zero-hour contracts. Thatcher’s defeat of the trade unions in the 1980s are why we have this. And that job security – which is what people need to plan out their lives, their families, their homes – is gone because the unions were defeated… I was chatting to a kid stacking shelves in Tesco the other day and he was telling me that he’s nervous about his job because he has a zero-hour contact etc. And I asked him whether he was in a union and he said, ‘No, the country can’t afford it.’ So that’s an example of how deep that consciousness has penetrated. [The right] have made us believe that our unions are hostile to the people they are trying to protect… A trade union is the best chance we’ve got to defend people’s jobs, to provide good conditions. You need to be in a union. You need that strength. You need that solidarity. It’s really critical. And that’s kind of an example of how our sense of solidarity and communal strength is being destroyed. The acronym TINA – “There is no alternative” – has been bought by all the Labour politicians and that’s what we have to fight.”

On the Occupy Movement

“I think there’s huge optimism [in movements like Occupy] because they’re taking action, they’re motivated, they get to the heart of the issue, which is private property and the ownership of land. I just want those movements to develop. I want the movement to get wider and link up with other groups on the left. The problem we’ve always had is sectarianism. People stick in their own groups and we don’t have a broad principled movement on the left. But I think Occupy and other movements like that – 38 Degrees and Uk Uncut – have all made a good contribution. I just want them to sustain.”

On the Rise of the New Left

“I think there’s a huge amount we can learn from Podemos. The movement came from the streets. It came from a mass protest against austerity, mass unemployment, casual labour, starvation wages, job insecurity – all the consequences of the austerity movement that hit Spain. Podemos organises itself in circles in communities. So people come to it without feeling like they’re on the left or the right. They come to it out of their anger at the effects of austerity in their lives. […] I think the difficulty may come when you have to formulate an analysis and a program because then you’re not only against something, but you’re for something. And that’s a development that Podemos is in the process of making. But along with Syriza it’s very optimistic and I hope it gathers strength and I hope it succeeds. And Left Unity, which I’m part of, has a strong relationship with Podemos. So fingers crossed.”

On Representing the Working Class

“People don’t always have the choice that people outside judging them think they might have. The choices that are open to people in the direst poverty, who’ve had problems in their lives, just close off. Every street is a cul-de-sac. People are often undervalued. But people are eloquent, people are thoughtful, people have feelings as fine as any hero in any play. And I think that respecting the fineness and the nuance of people’s sensitivities, however poor they are, is very important. It’s about not patronising the characters and seeing that they are dignified and sensitive and thoughtful people.”

“I was very lucky to be involved with the group of people who made Cathy Come Home. It was a very creative and political group of people and an aesthetic, and a view of the world, came out of that. We wanted to reflect the way the world is. And particularly to reflect the way working-class people are. It came out of photos, theatre productions like those of Joan Littlewood, European cinema, and books of course. The novels of ordinary life and the writing of the everyday. It sounds rather pretentious but all those things fed into how our group tried to work. We wanted to capture the moment where there’s a flicker in somebody’s eyes because they hear something they haven’t heard before – the struggle to be articulate. It’s just those everyday moments that reveal who people are – that’s what really prompted us. And of course you can’t seriously examine people’s lives unless you ask the questions about where they live, who they are, what their job is, and what their social circumstances are. And if you ask those questions then you ARE political. […] People say, ‘That’s the way the world is and we can’t do anything about it.’ And that gets to the heart of the problem with our politics. We CAN do something about it. We CAN change it. And given the way the climate’s going if we don’t change it we’re going to be bloody well in the shit. So we HAVE to change it.”

Linkedin
RELATED ARTICLES
OTHER ARTICLES
Today marks the 47th anniversary of Earth Day, a celebration of environmental protection and sustainability.
Director Michael Winterbottom explains The Emperor's New Clothes is a fun and empowering wake up call to fight back against growing inequality.
As Greek radical left ruling party Syriza embrace the sounds of Patti Smith, we consider some other even more unlikely songs that became protest anthems.