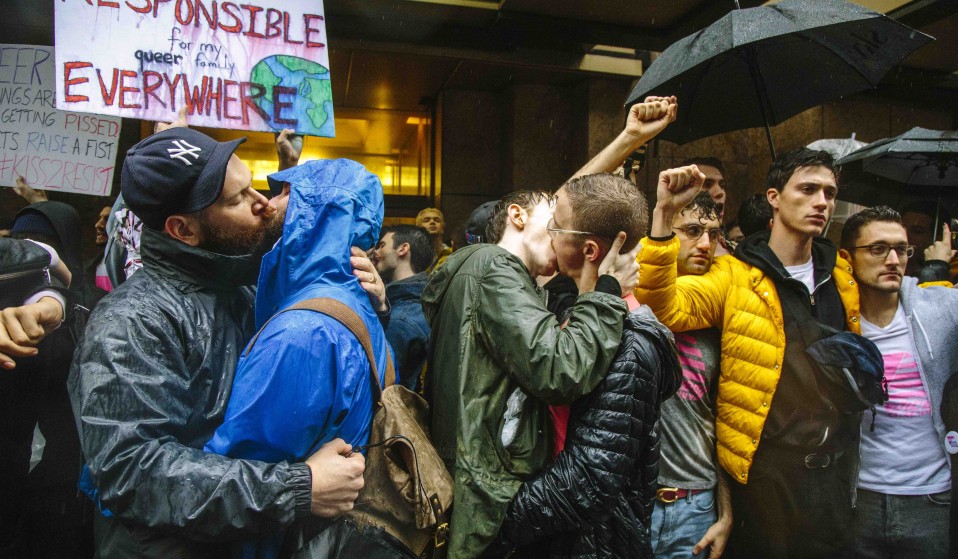 LGBTQ+ campaigners descended on Uzbekistan's consulate in New York City this weekend, to protest the country's state-sponsored homophobia and violence.

LGBTQ+ campaigners descended on Uzbekistan's consulate in New York City this weekend, to protest the country's state-sponsored homophobia and violence.

Uzbekistan’s consulate in New York is on 2nd Avenue, just a single block away from the world headquarters of the United Nations. It’s a geography that ordinarily makes sense – diplomats and politicians close by to the world’s foremost international organisation. But despite their proximity, there’s an uncomfortable reality being all too often ignored, according to the fifty or so people gathered in the rain on a Sunday afternoon at the consulate door. 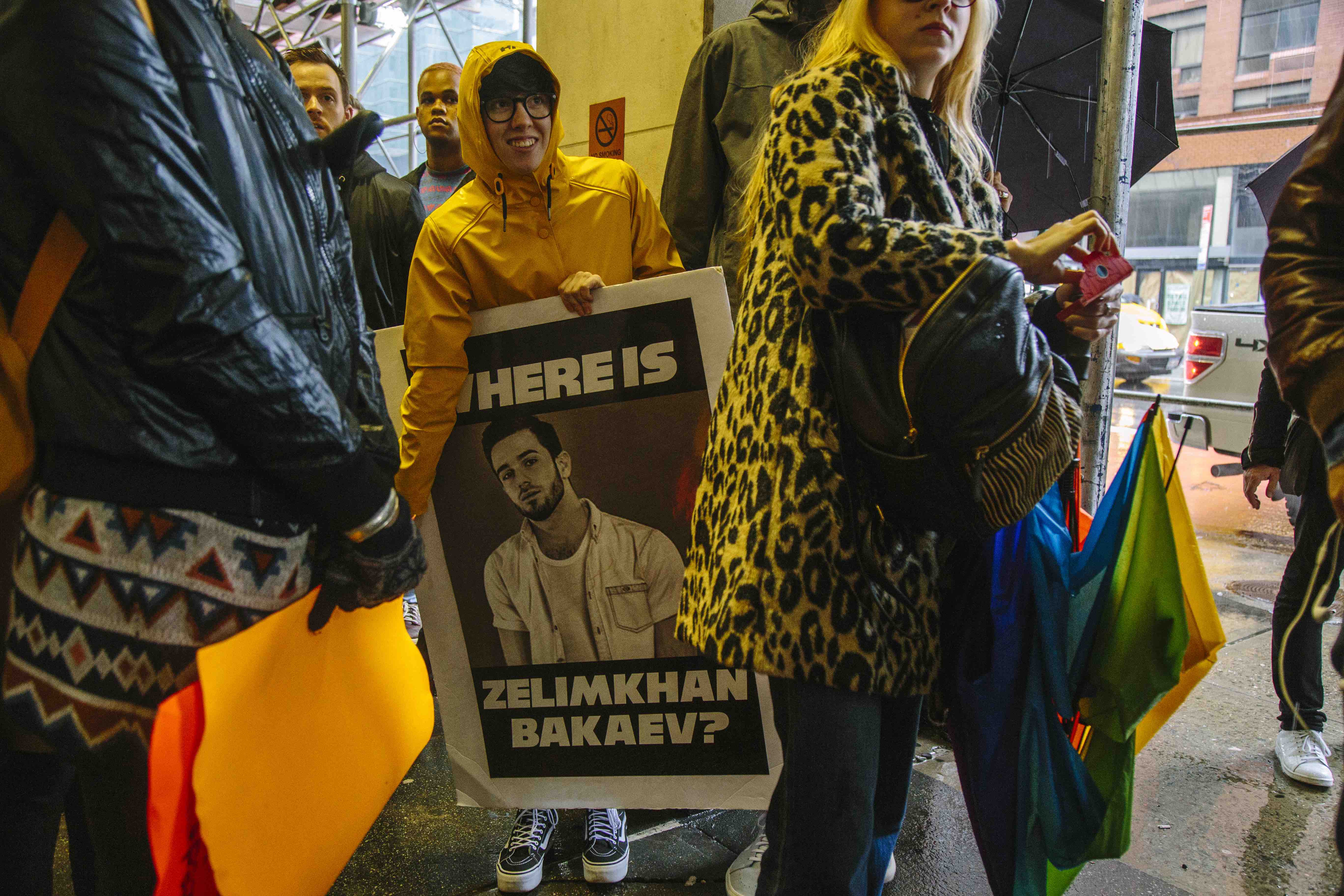 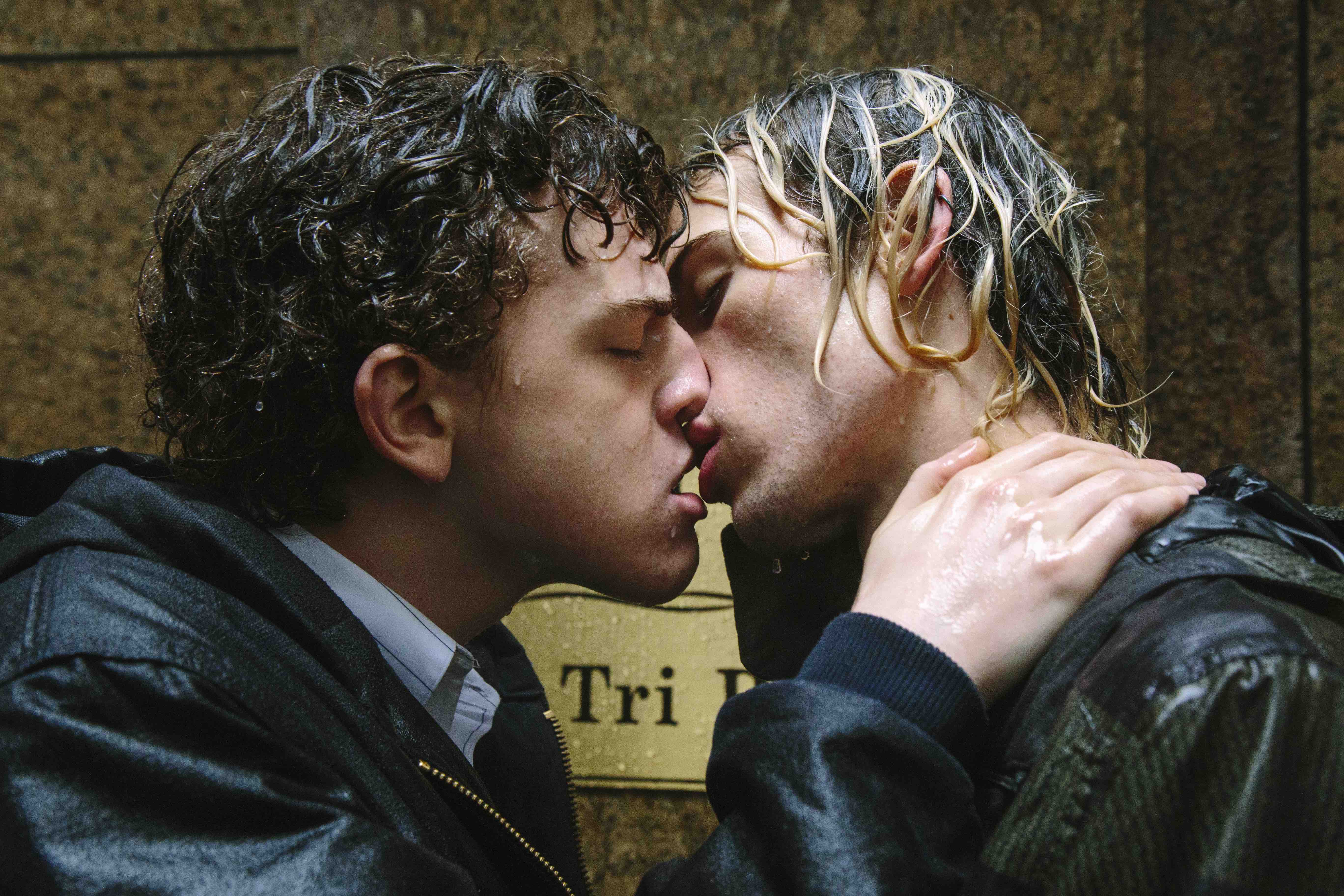 Organised by the RUSA LGBT and New York group “Voices 4” – a non-violent advocacy group committed to using direct action to achieve global queer liberation – campaigners held a rally and kiss in here this Sunday, hoping to draw attention to the state-sponsored violence against the LGBTQ+ communities of Uzbekistan, Azerbaijan and Tajikistan. Each is a member of the United Nations.

In Uzbekistan, same sex relationships between two men can are punishable by up to three years in prison, although reports of abuse and violence are also commonplace. In Azerbaijan homosexuality isn’t criminalised, although when the state is rounding up queer and trans people, before imprisoning and fining them, it may as well be. It was only a few months ago that the authorities in Tajikistan – another country in Central Asia – drew up a register of 367 allegedly gay citizens, suggesting they’d be required to be tested to avoid “the spread of sexually-transmitted diseases”. 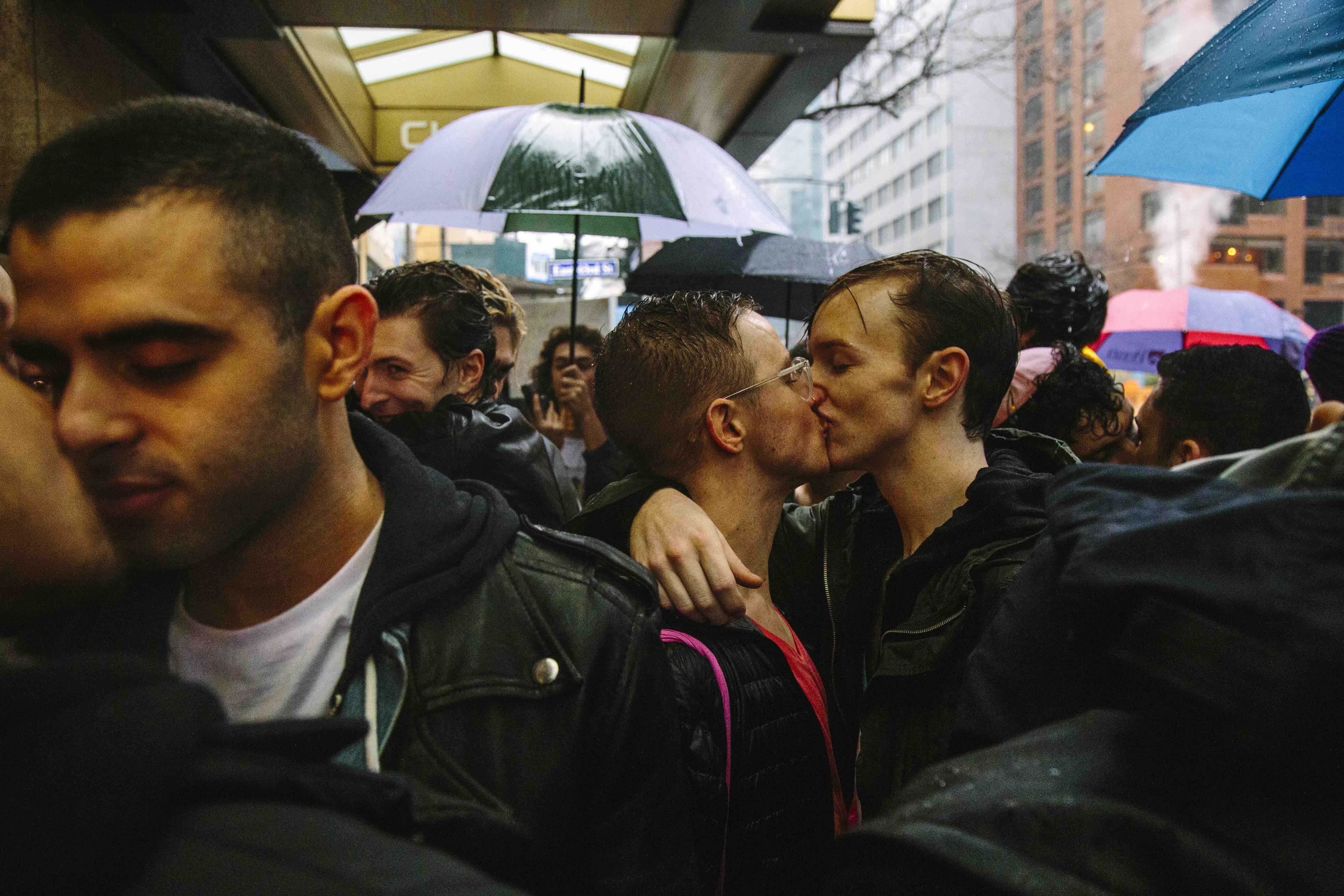 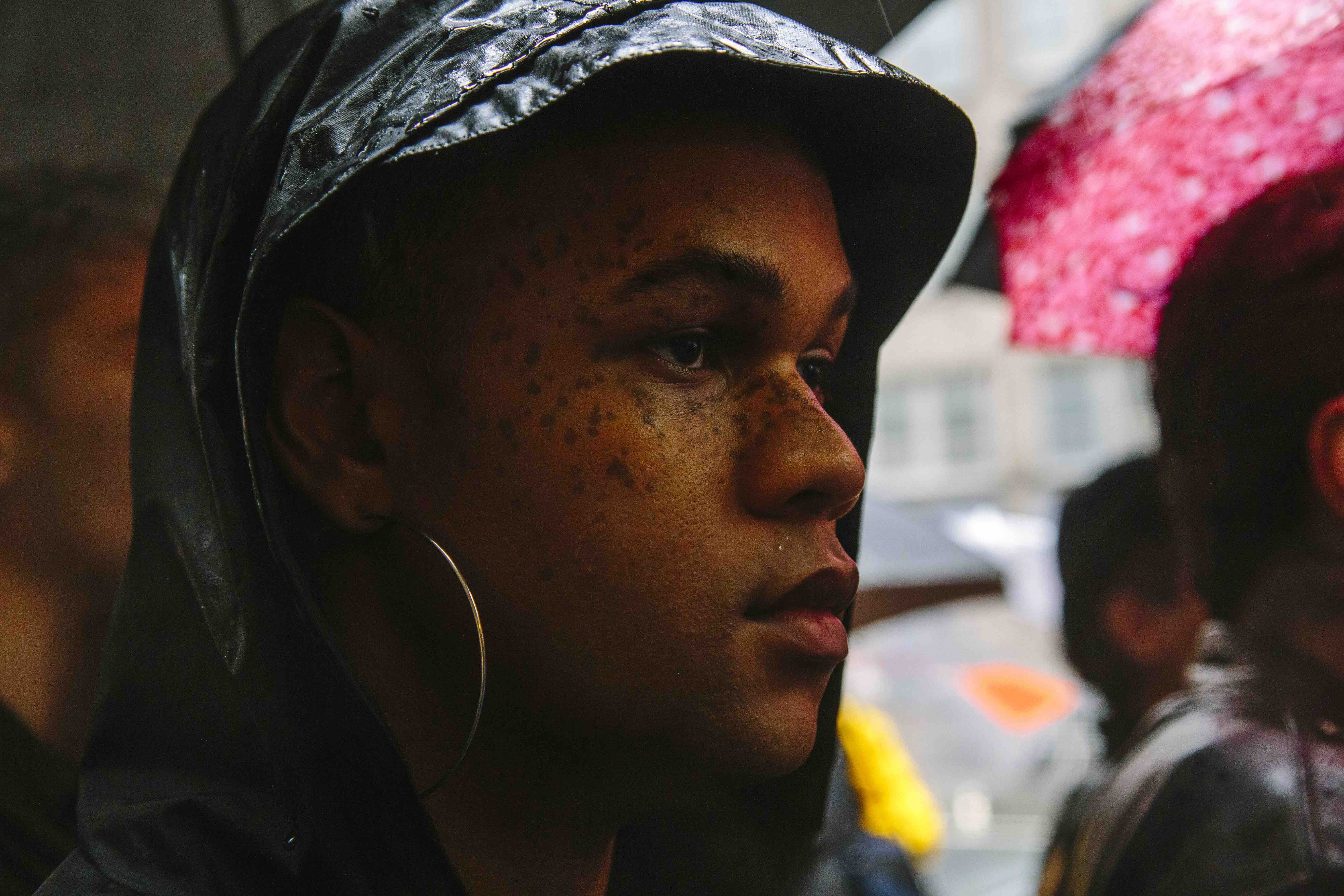 Despite the downpour, members of the group made speeches, reading out testimonies from those who had escaped the violence and persecution in these countries. “The actions against LGBTQIA+ people taken by the Governments of these countries are violating all international human rights statutes, laws, and declarations, and the governments must be held accountable for their unjust and inhumane policies,” a spokesperson for Voices4 explains.

Once the speaking was over, it was time to pucker up – an unapologetic act of defiance on the doorstep of homophobia.

Photographer Andrew Lamberson headed along to join them. 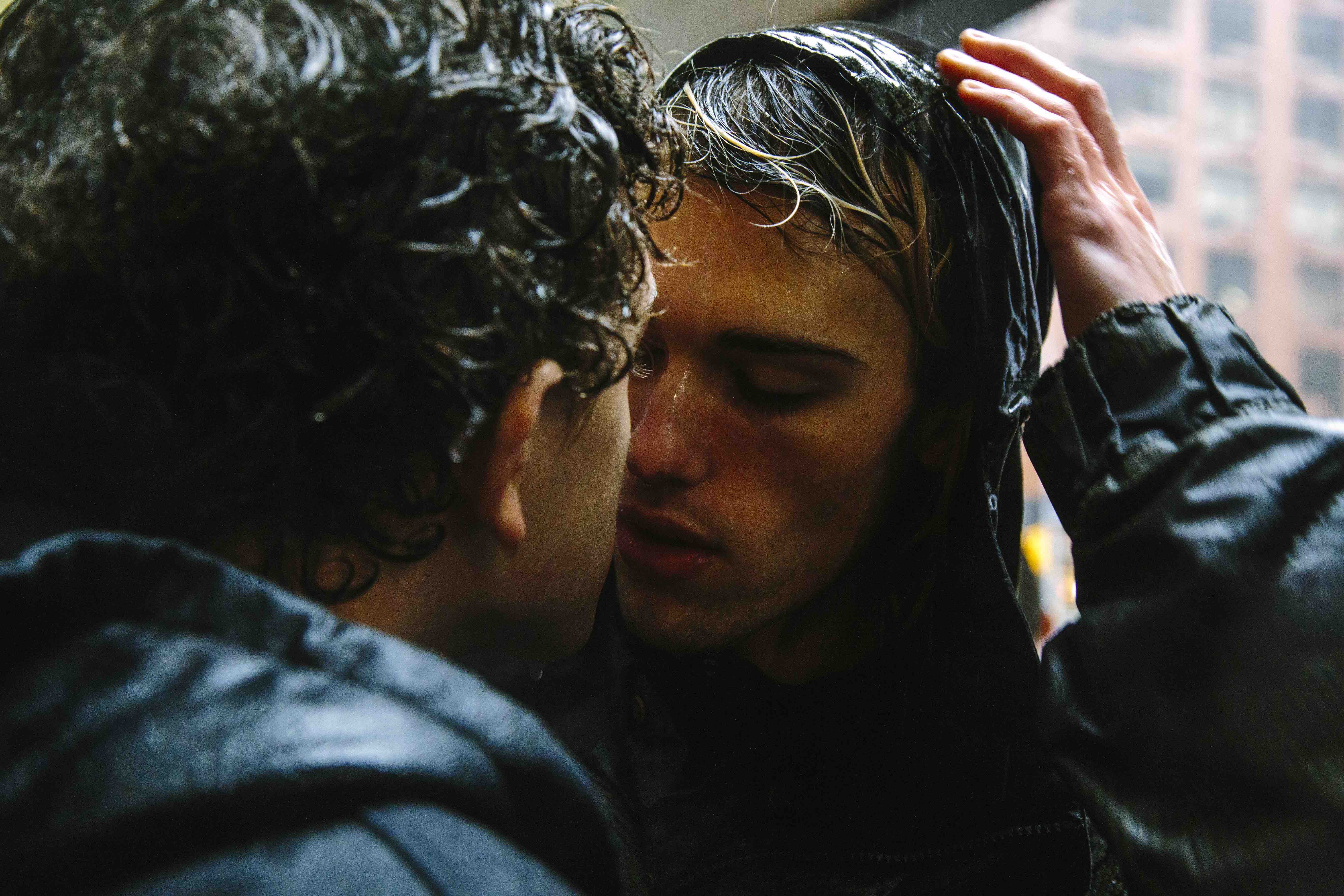 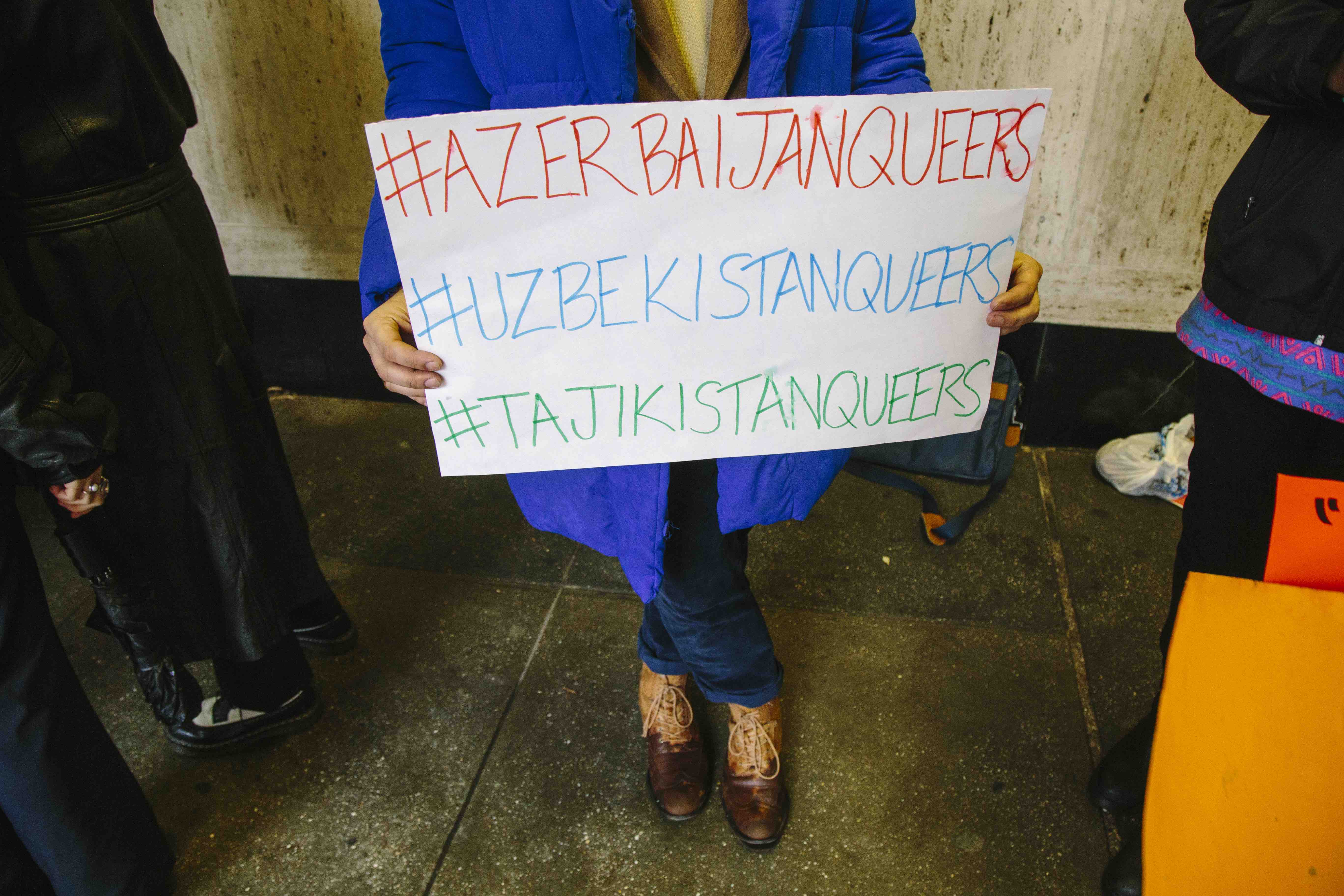 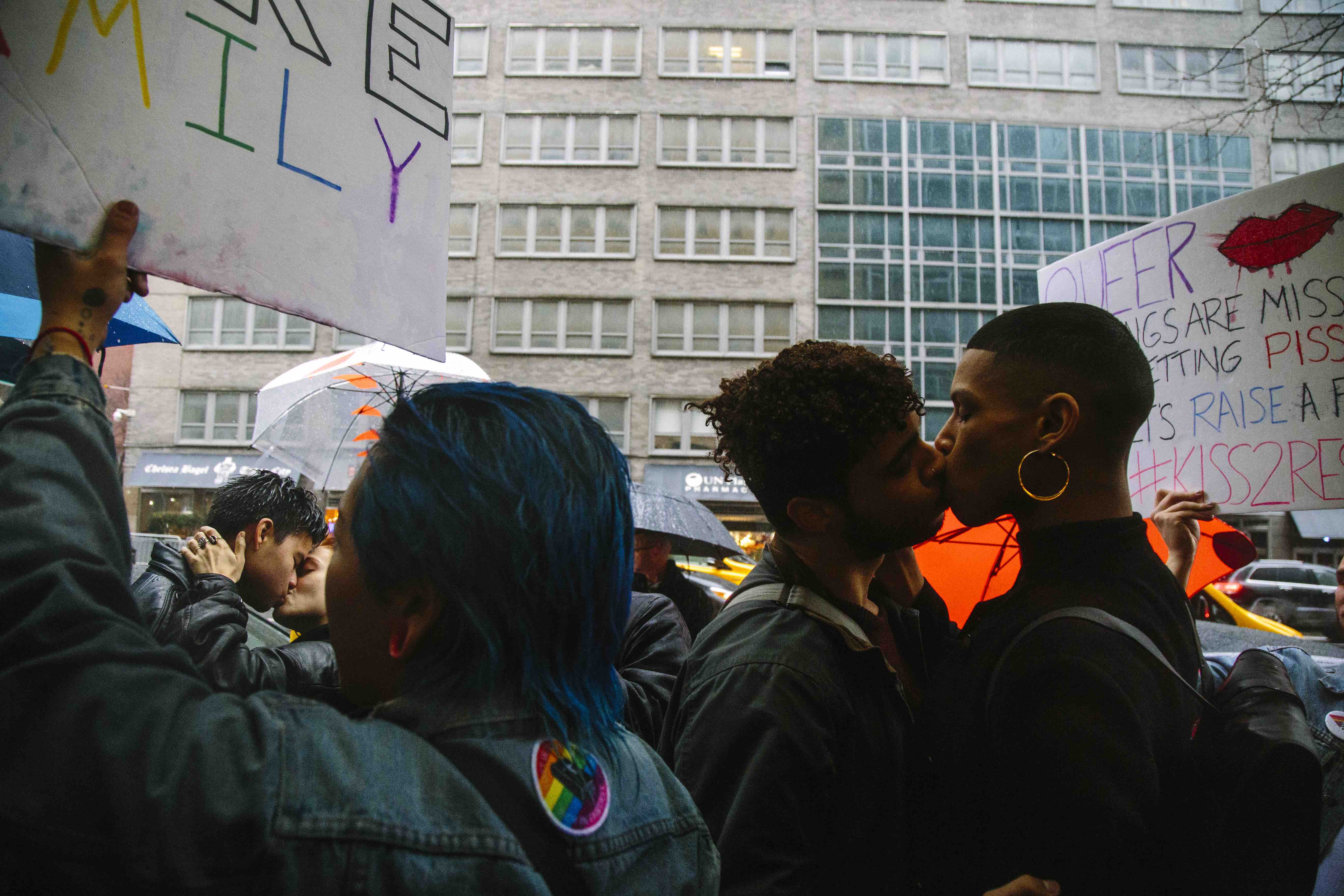 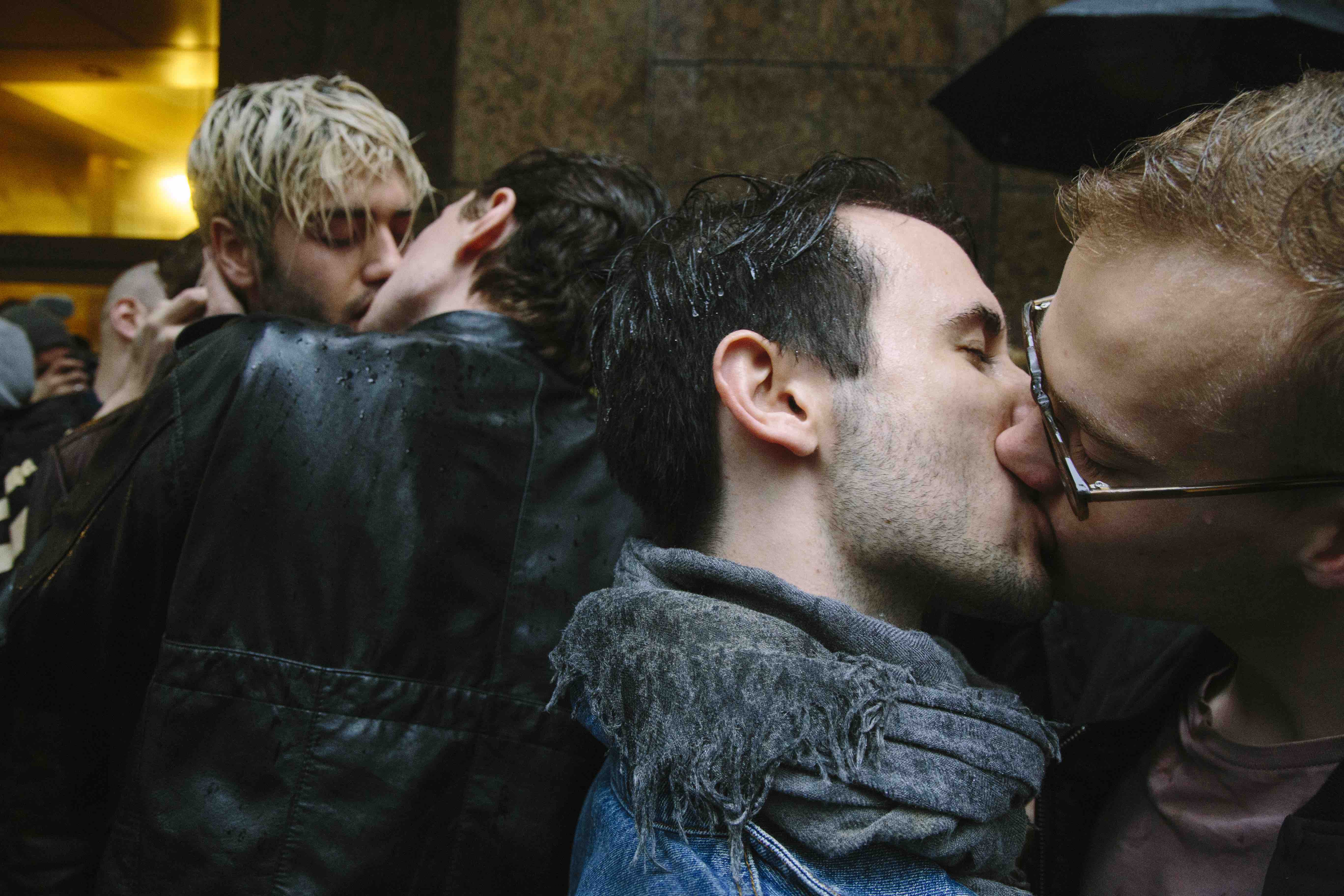 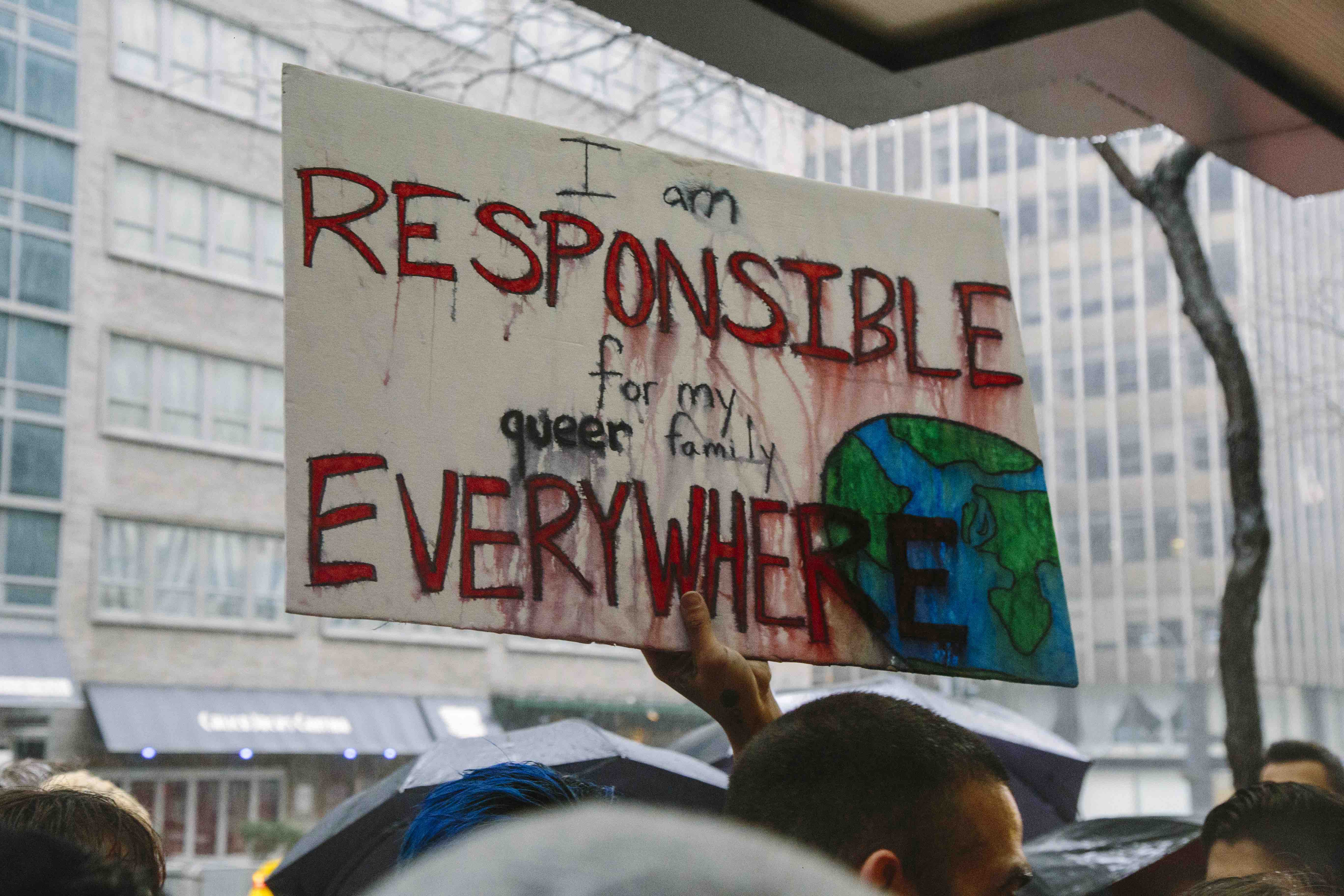 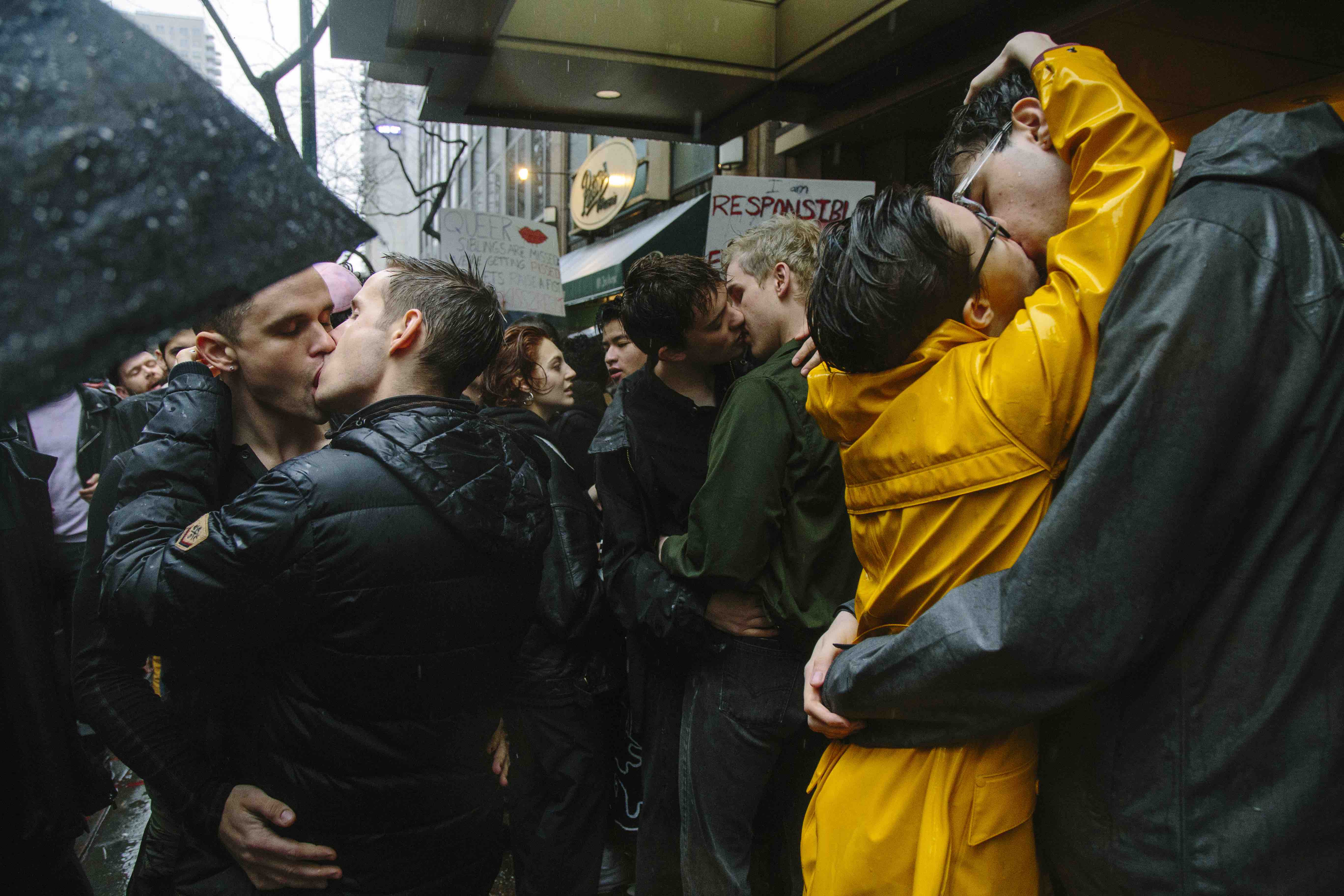 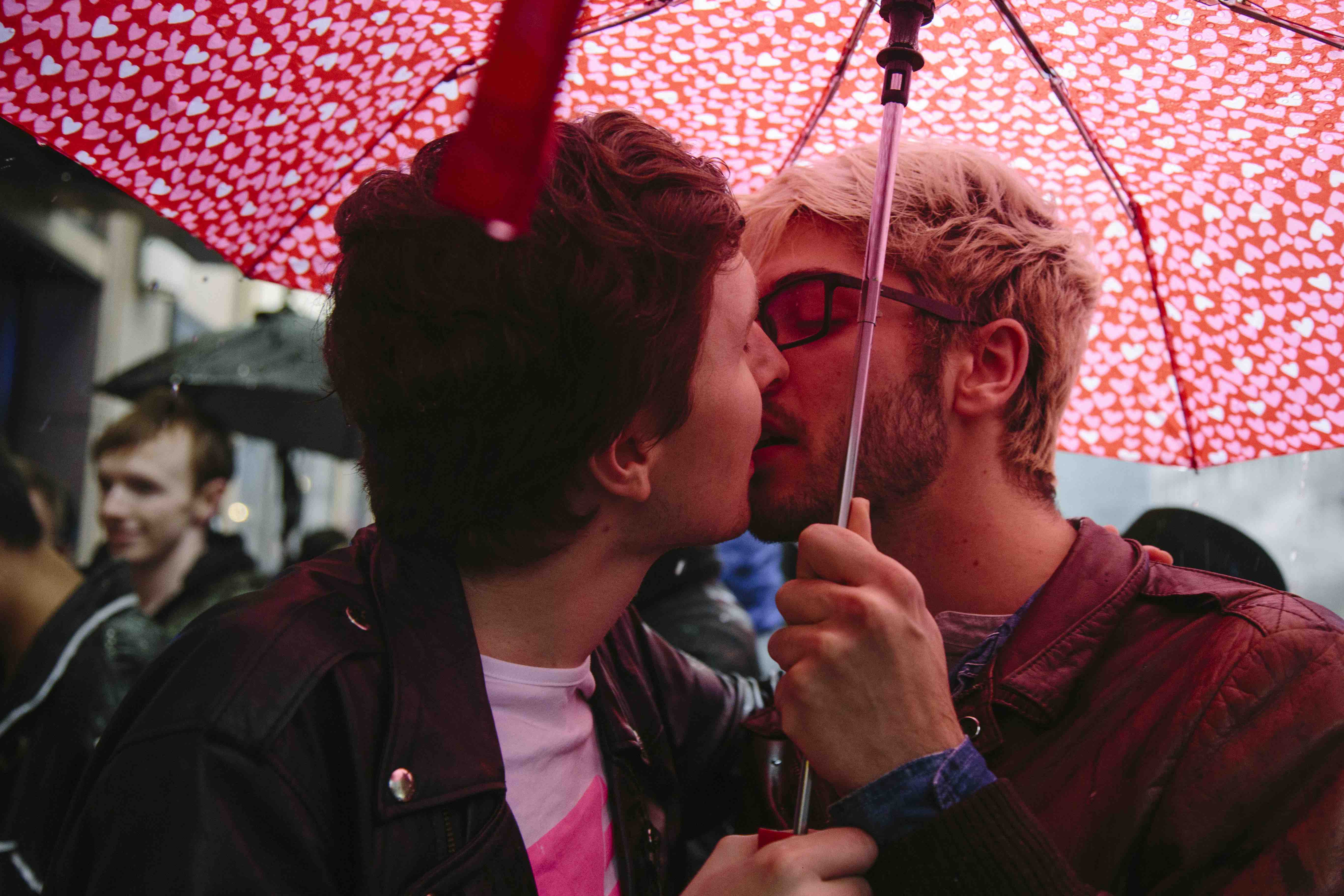 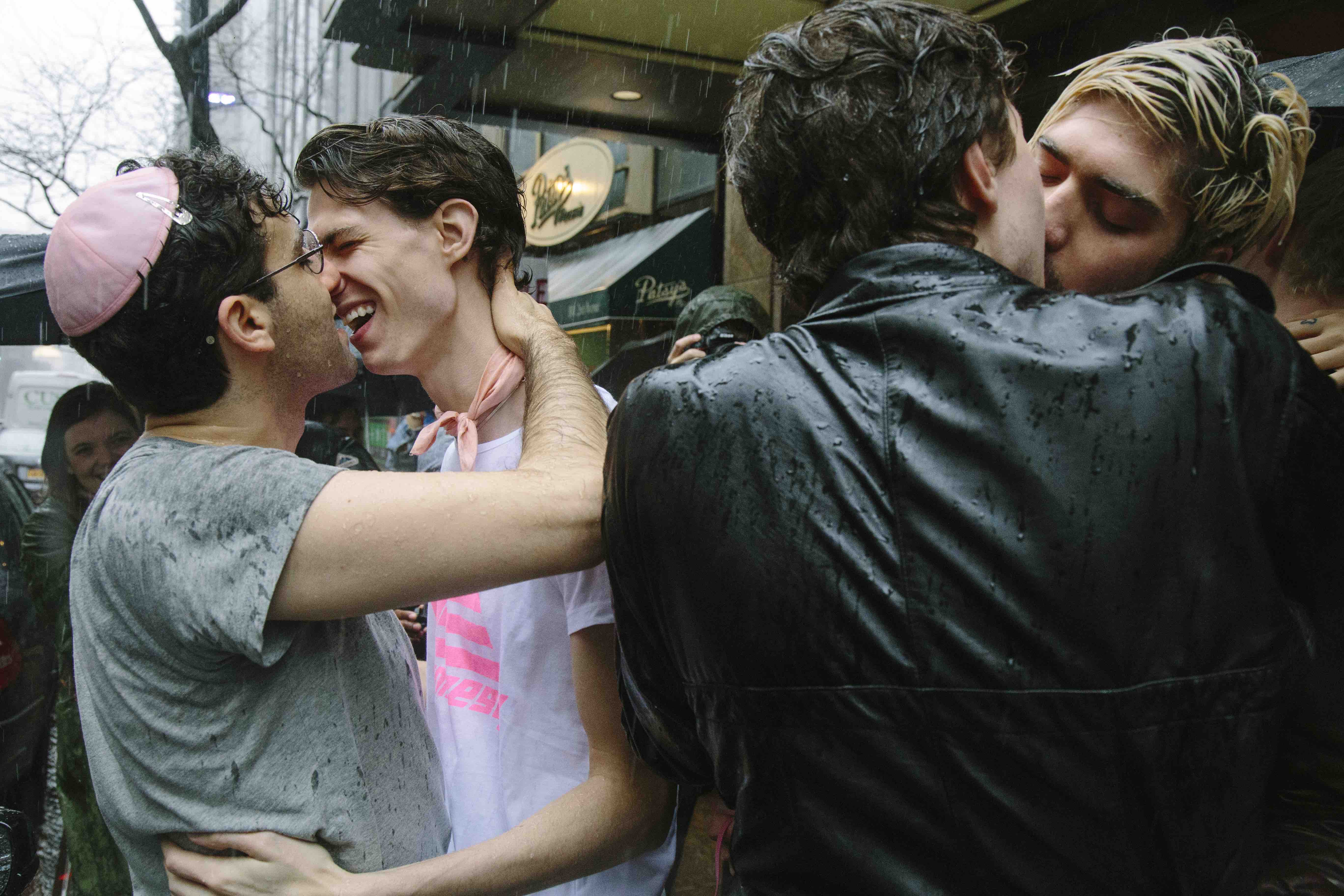 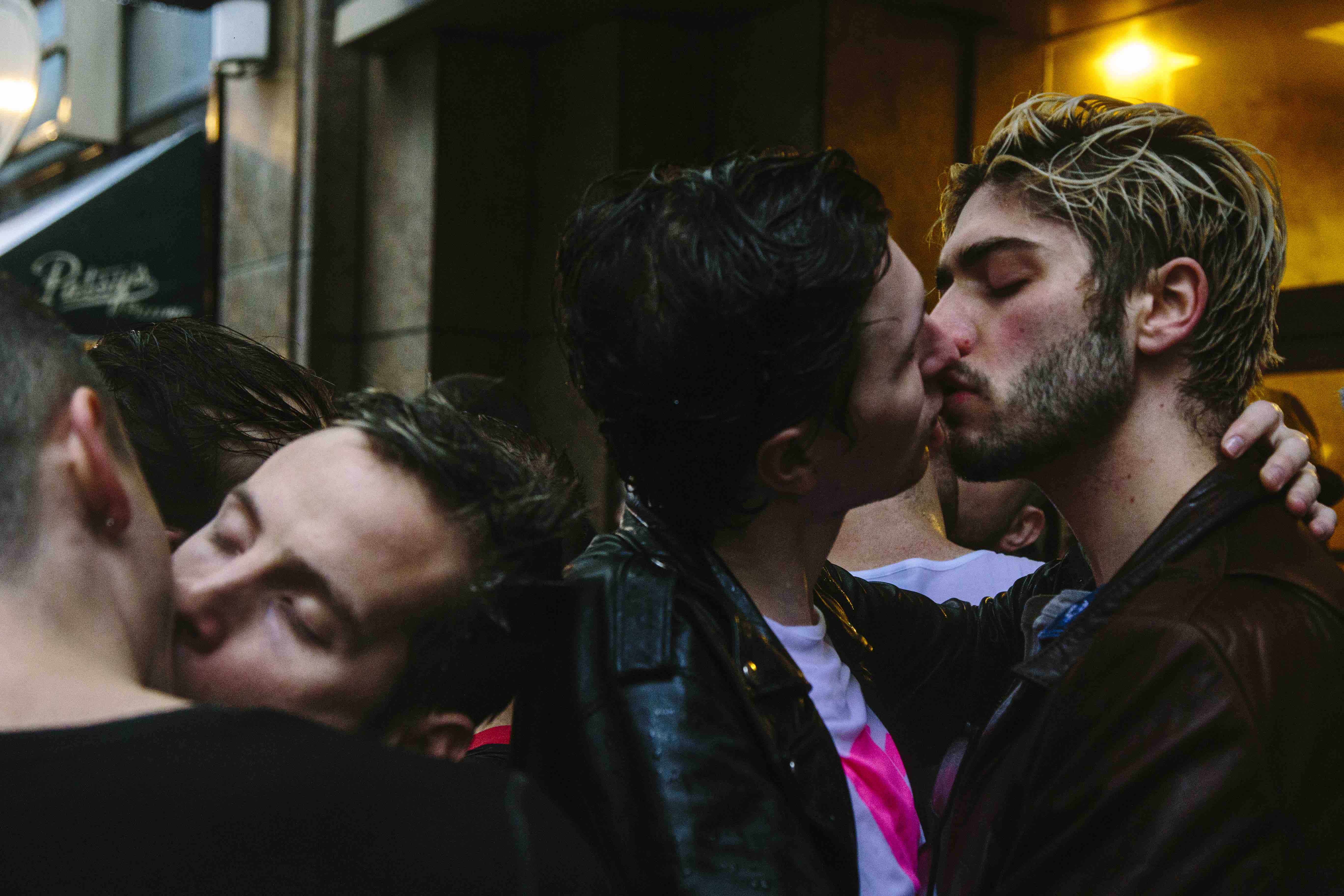 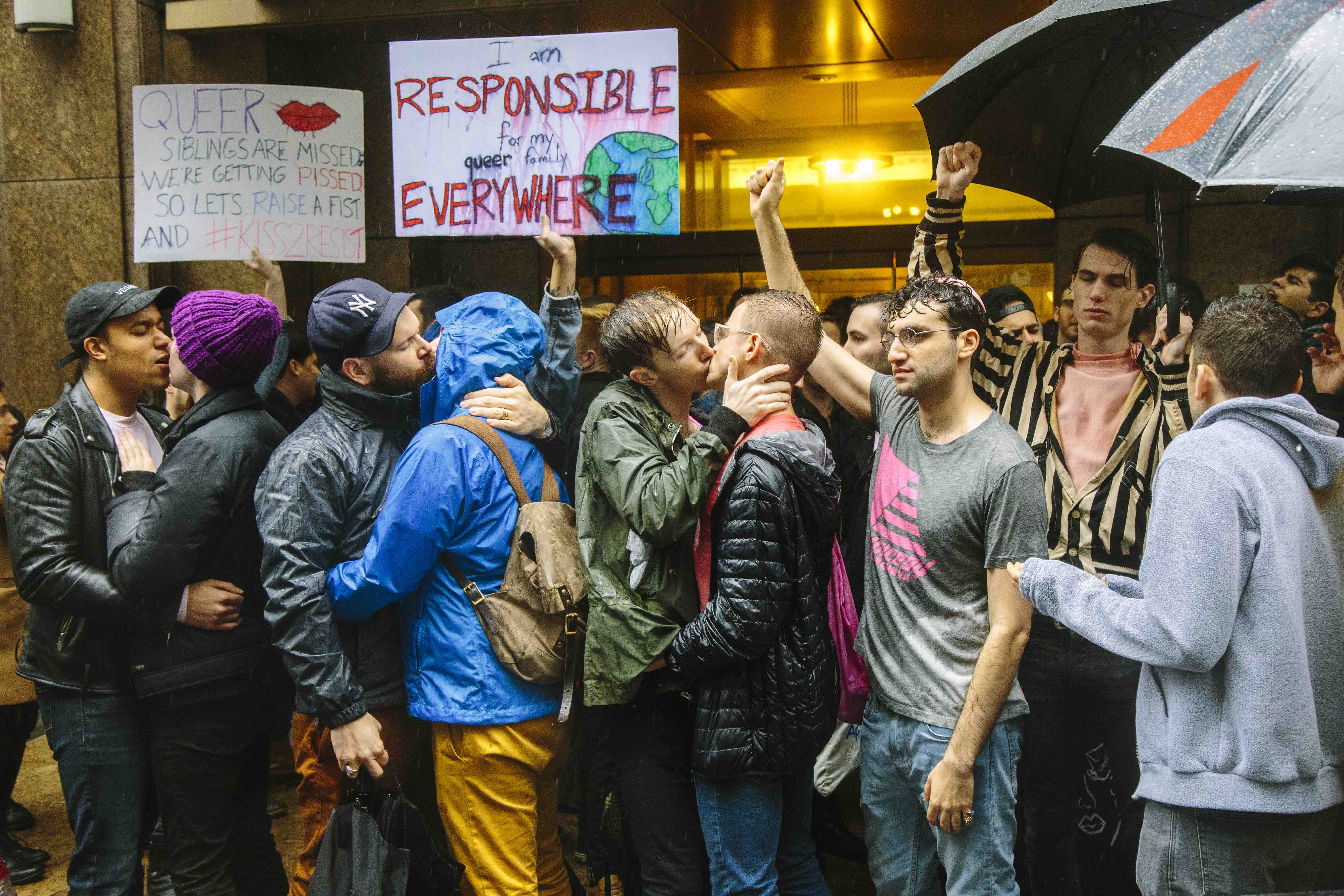 Linkedin
RELATED ARTICLES
OTHER ARTICLES
Filmmaker Laura Poitras discusses her new documentary which traces the remarkable life of the artist-activist and the impact of her battle against the US opioid crisis.
Following the release of his debut single, Deyaz talks battling addiction, dealing with his struggles through music, and building a budding music career from his living room.
Theo McInnes’s photos of the annual event provide an intriguing snapshot of contemporary Britain.
A new exhibitions brings together the work of photographers who documented the deep unrest of these pivotal decades.
Tristan O’Neill’s shots of dancers caught in moments of reverie at the height of rave’s golden age are a testament to the UK’s legendary club culture.
Since 2007, Gideon Mendel has made 20 trips to document floods in 13 countries. The result is an alarming record of what has already been lost to the climate emergency.