News & Politics / Activism / Lauri Love: The hacker who took on the USA… and won 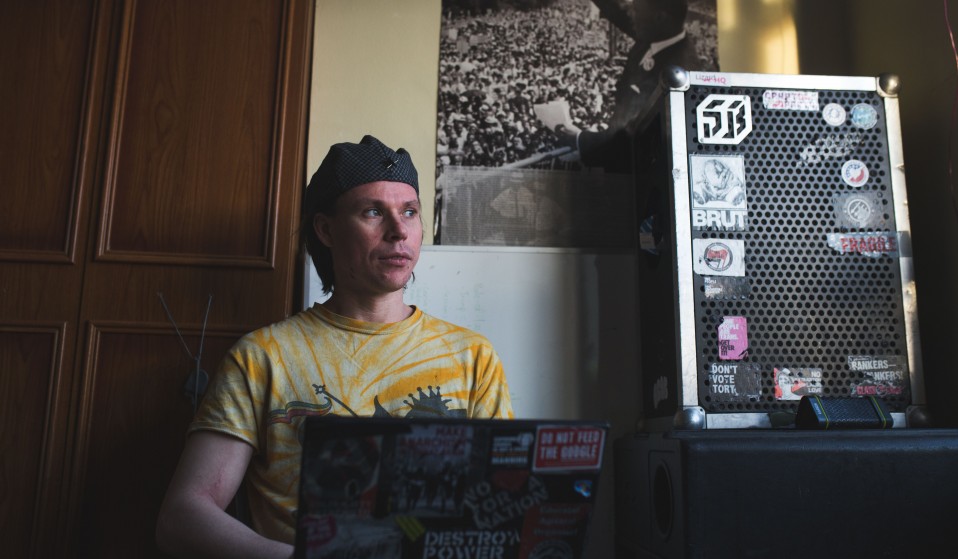 Accused of hacking the FBI, US Army, US Missile Defense and NASA websites, a British court has ruled Lauri Love will not face extradition to America.

After four years battling extradition to the United States, Lauri Love - a British activist accused of hacking the FBI, US Army, US Missile Defense and NASA websites - speaks out openly for the first time following his victory, and reflects on facing legal action in the British courts.

In 2013, a depressed, unemployed British anarchist allegedly hacked into the FBI, US Army, US Missile Defense and NASA websites. Humiliated, the American authorities demanded his arrest and extradition. An undercover policeman’s knock at the door, and the subsequent swoop of National Crime Agency officers, turned into a four-year-ordeal which swept Lauri Love into reluctant international infamy.

Two weeks ago, a High Court judge accepted his appeal against extradition, arguing a potential 99-year sentence in the brutal US prison system would exacerbate his severe depression and possibly lead to suicide. A landmark ruling, it could save others from the same miserable fate.

The tabloid press often paints Lauri as a bedroom-dwelling recluse, an autistic vicar’s son who got out of his depth – and there’s some truth in that. But I struggle to reconcile this image with the Lauri I first met, losing his shit to jungle at squat parties in London and bringing up the rear of anti-fascist demos with omnipresent boombox wobbling beside him like a cyberpunk C3PO and R2D2.

“I’m definitely not reformed in the traditional sense,” Lauri tells me. It’s his first interview following a two-week period in which the US could reopen extradition proceedings. They didn’t, and so as of today, he’s finally free to speak out against the inhumane system he’s been battling for half a decade. That said, he now faces a battle in the British courts. 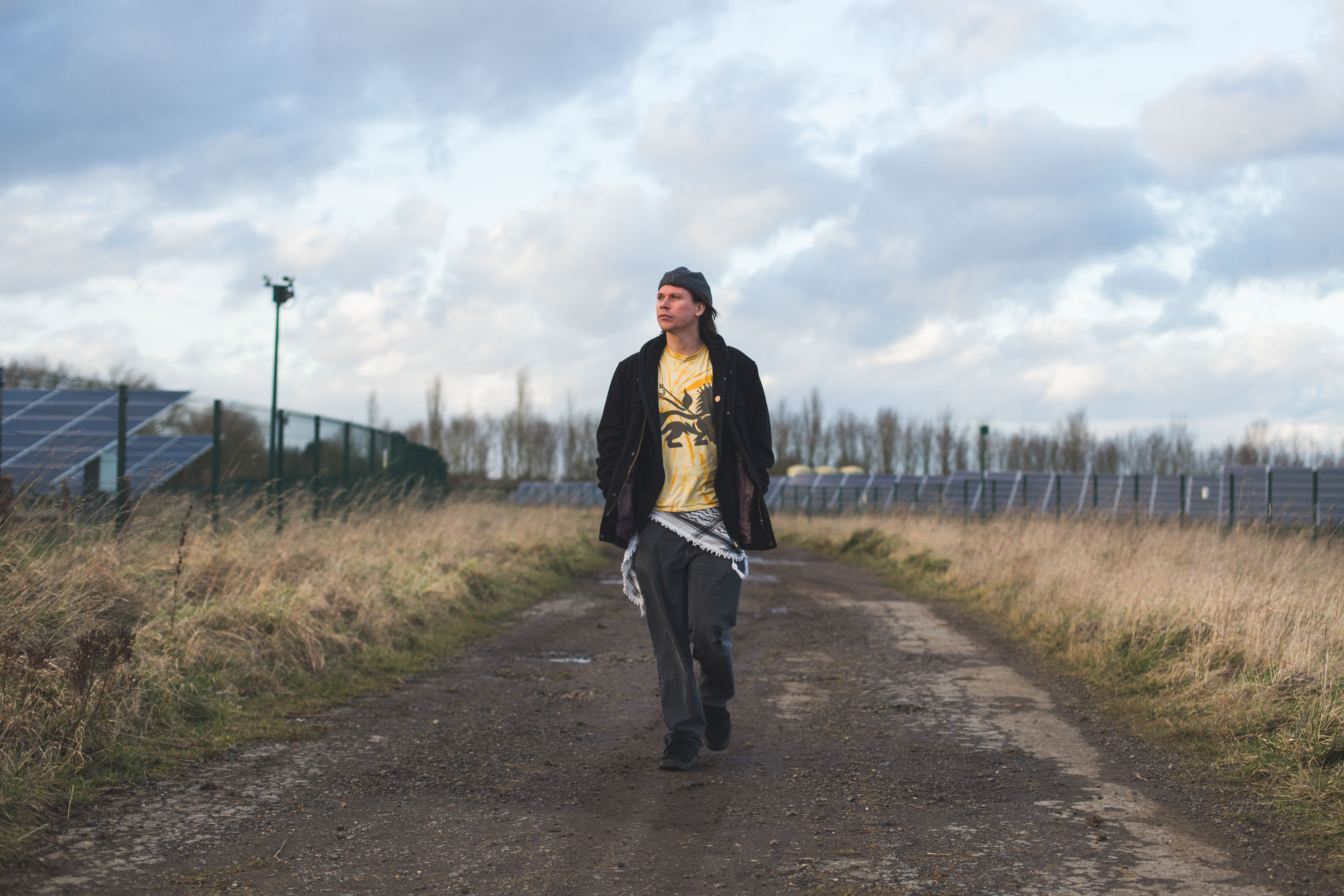 “People want people accused of crimes to drop down on their knees and say ‘I’m terribly sorry for causing upset to the system’… but I haven’t softened in my beliefs.”

Lauri allegedly masterminded #OpLastResort, an Anonymous-backed campaign demanding justice for open-web martyr Aaron Swartz. The American hacker killed himself while facing a 33-year sentence for downloading hundreds of thousands of academic papers – perhaps planning to release them for free online.  Lauri describes his own “alleged act of online civil disobedience” as a “protest after the US criminal justice system hounded a very promising young man to death.”

Voice rising, Lauri condemns Swartz’ maltreatment: “he worked tirelessly to improve the world through his skills and abilities and then his life was tragically cut short as a result of being hounded by prosecution… for being a convenient symbol for the types of people the government wants to crack down on.”

Lauri could easily be describing his own fate. Like Swartz, he is a geek in a radical anti-establishment tradition, dating back to the wild-west days of the early web. He looks far younger than his 33 years – his manner is that of a hyper-articulate teenager, a University Challenge contestant with charm – but he was actually born in 1984.

As such, he cut his hacking teeth in unregulated late-90s cyberspace where, as he puts it, no one took things that seriously. “Finding ways to sneak onto the internet” was normal, as Lauri looked to engage in “clandestine activity” through a dial-up modem while his parents slept upstairs. 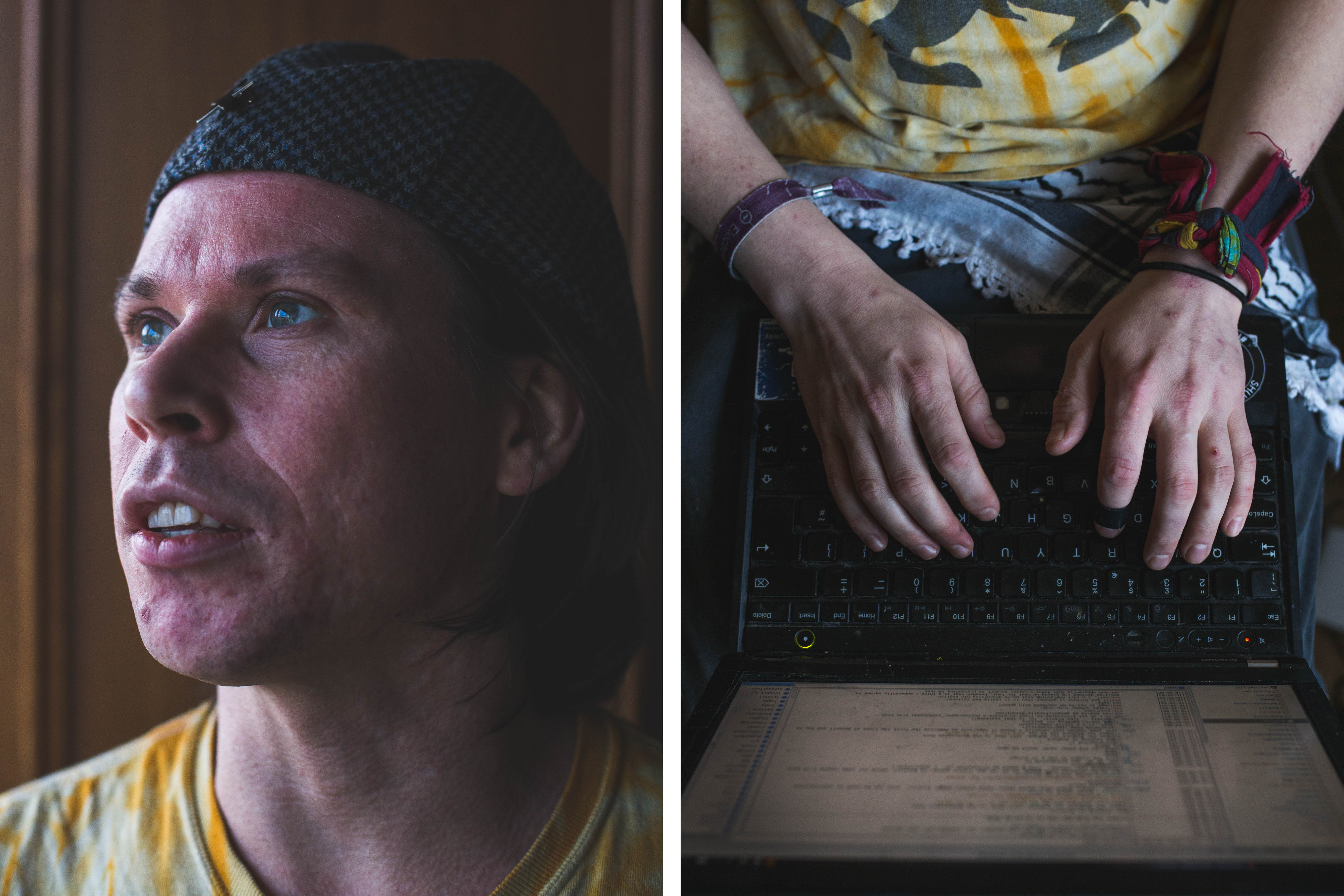 Online, he found a lawless young world full of everything from “cheats and walkthroughs” through incendiary material like the Anarchist Cookbook, to tips on how to scam vending machines: a “bottomless well” of all the knowledge he craved.

Lauri speaks about the early days of the internet with a giddy, utopian excitement. It reminds me of 1996’s Declaration…: “You weary giants of flesh and steel… are not welcome among us. You have no sovereignty where we gather.”

Like the Declaration’s author John Perry Barlow, who died just two days after Lauri’s court victory, the socially-isolated teenager was electrified by a world relatively untainted by corporate influence or government censorship.

Though real-world hierarchies structured the web from day one, it’s easy to see how this utopian vision appealed to the autistic 15-year-old. Online, it seemed it didn’t matter who you were or where you came from, just so long as you were ‘1337’ – or ‘elite’.

Soon Lauri was part of hacktivist collective the “Cyber Army”, a highly-structured precursor to Anonymous. By the age of 15 he’d risen to the ‘rank’ of general, commanding a ‘brigade’ which launched ethical attacks against targets like the Church of Scientology, even  attempting to signal-jam a shadowy Anglo-American surveillance operation called Echelon.

To the precocious hacker, the Army’s main role was “inculcating the idea that yes, powerful people do oppressive things, but you can organise and act against them.” It was an attitude Lauri carried with him to Glasgow University, where he joined real-world resistance through antifascist action and the Occupy movement. 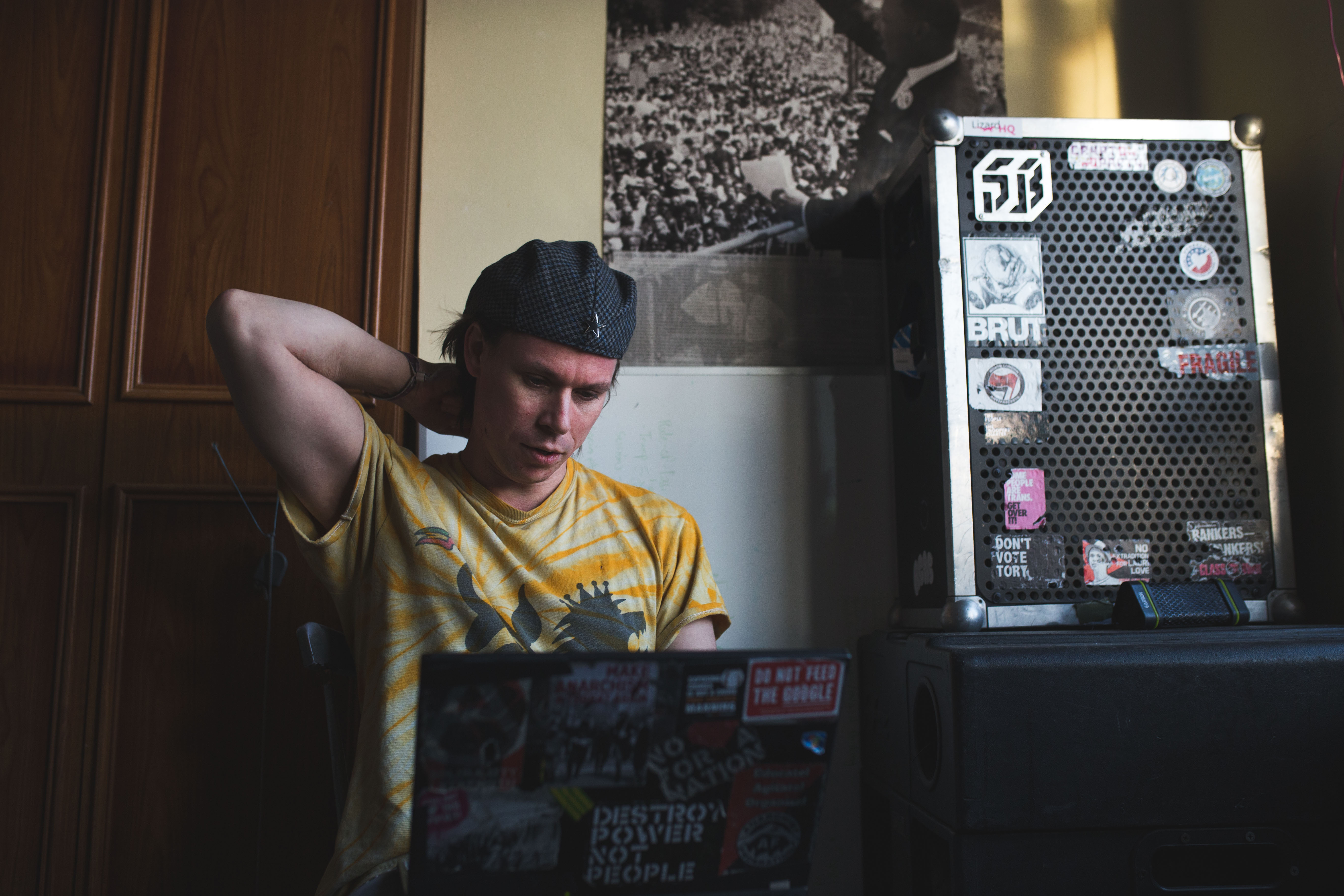 But things proved rather less organised in Glasgow’s Occupy camps. The protest movement collapsed thanks to a lack of political focus, undercover police subversion and media hostility. At the same time, Lauri says, he and the activists he lived with were “fitted up by spy-cops” who planted weed in their flat, leaving him “homeless and living [in the camp] by necessity.”

An “actual hurricane” and a fire in the camp left Lauri’s transient home destroyed, and Lauri himself “acutely, suicidally depressed.” He was holed up miserably in front of a computer for many months until, he says, his parents came and dragged him home. It was in the throes of this brutal depressive episode that the alleged #OpLastResort campaign took place.

Lauri traces the failure of recent Western protest movements and the internet’s transformation into a cut-throat sphere of wealth extraction to the same source: “a Reagan-Thatcher hyper-individualisation”, which saw the utopian dream of the internet fatally compromised by the encroachment of capital.

“The culture of the early [online] world was quite unique,” he says ruefully. “It’s been mostly lost since, thanks to the commercialisation of the web and the banalification through social media of the forms and quality of interaction online.”

He sees 2011 – the year of Occupy, of Aaron Swartz’ arrest, of WikiLeaks’ “diplomatic cables” dump – as a high water mark for “chaotic actors using the internet to undermine the authority of traditional power structures”.

Thereafter, the US government and its international cronies cracked down hard.  “It’s a tactic used against anonymous online activists,” Lauri says, “decapitating [movements] by finding the most visible people and severely inconveniencing them for as long as possible so they can’t lead or inspire.” 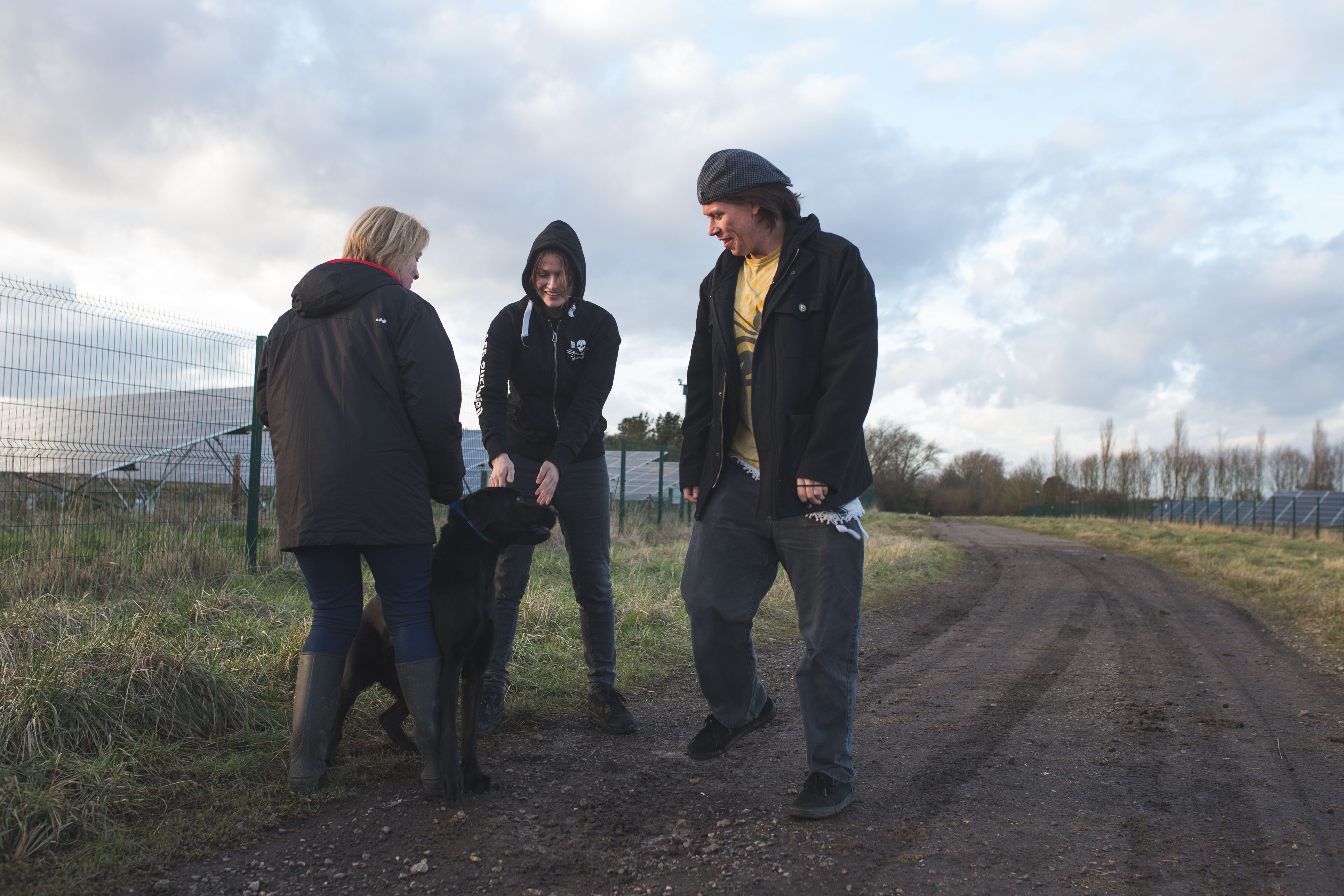 Lauri’s learned taking on these forces requires more than simply “digitally smashing a few things up”. The borderless dream of the early internet is dead, yet the USA can reach into a sovereign nation-state and attempt to arrest someone for alleged crimes committed on the other side of the world.

“I view this legal battle in terms of the precedent it will hopefully set: that the USA can’t exercise extra-territorial jurisdiction arbitrarily on any perceived troublemakers.”

Lauri says he could sit, right now, and write a script in five minutes that could commit crimes in all 205 nation states on the planet. He says it’s only the USA would ever dream of hauling him into its own legal system to punish him for it. Last week’s ruling, Lauri hopes, will enable future generations of digital activists to fight back against the overwhelming repressive forces embodied in the USA.

“Our identities have no bodies, so, unlike you, we cannot obtain order by physical coercion,” the Declaration of the Independence of Cyberspace gushes. The last four years of Lauri’s life have been a gruelling lesson in the internet’s abject collapse as a space capable of resisting the real-world order.

But they’ve also shown how “chaotic online actors”, equipped with brains and bravery, can affect real change in the physical world.

Linkedin
RELATED ARTICLES
OTHER ARTICLES
The last few years have seen an increase in LGBTQ-led initiatives to feed the hungry, with many finding ways to stay afloat despite the challenges.
50 years since its inception, and the campaign calling for recognition that capitalism depends on domestic labour is as pertinent as ever.
Freddie Miller’s new series of photographs investigates who today’s trainspotters are and what drives their unfettered enthusiasm.
Whether it's partygate, the climate crisis or the spiralling cost of living, the fightback begins on the picket lines writes Tommy Vickerstaff
Photographer Arthur Grace recalls travelling through the Soviet Bloc and finding ways to evade the surveillance of his work.
For decades, an area of East London has served as a community hub for Vietnamese people looking for a taste of home.