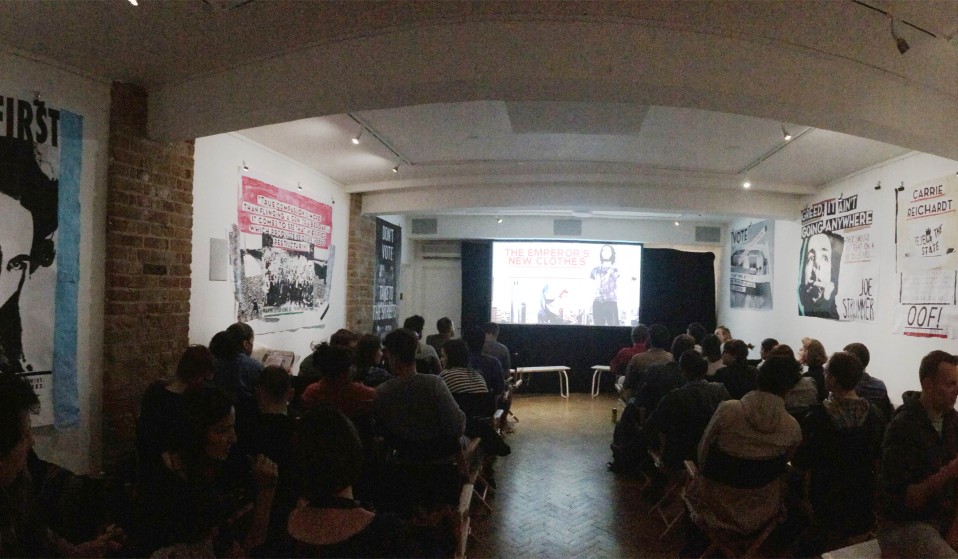 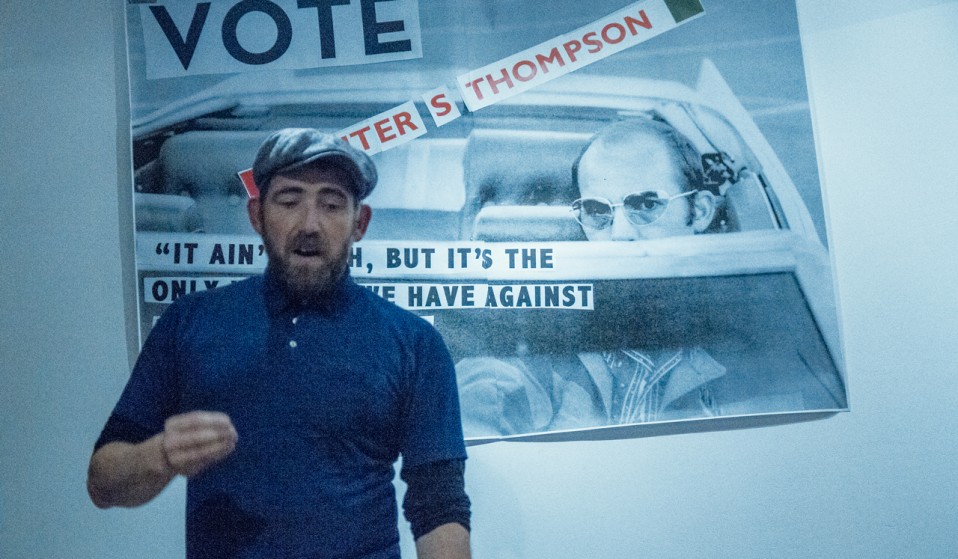 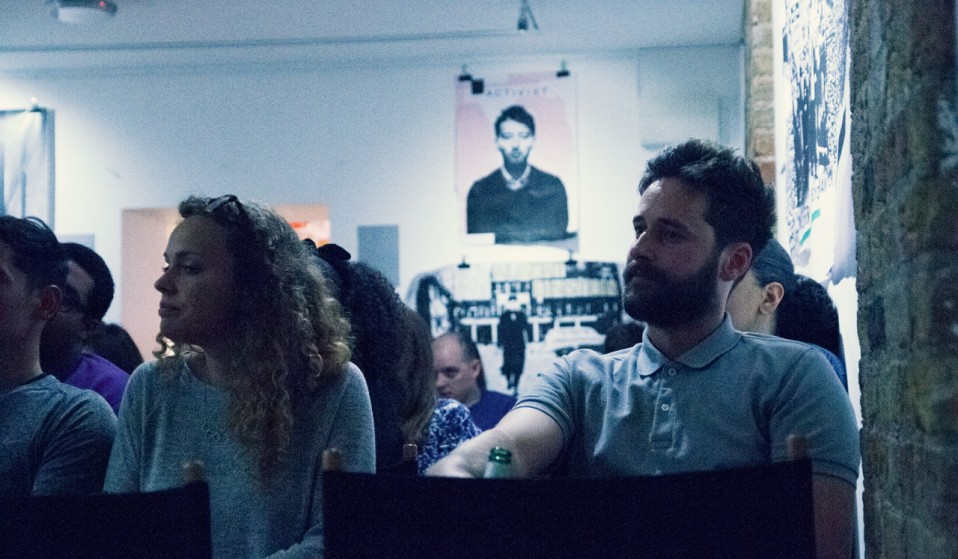 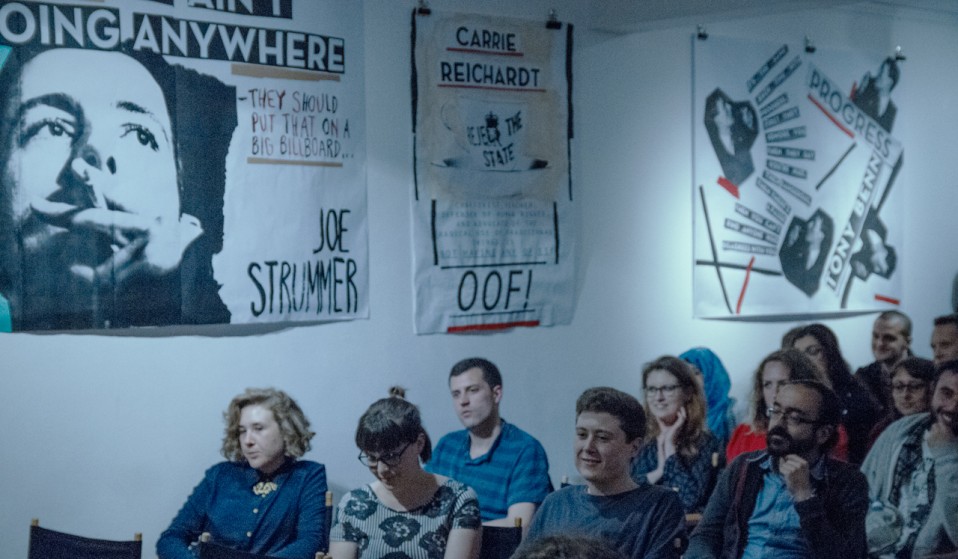 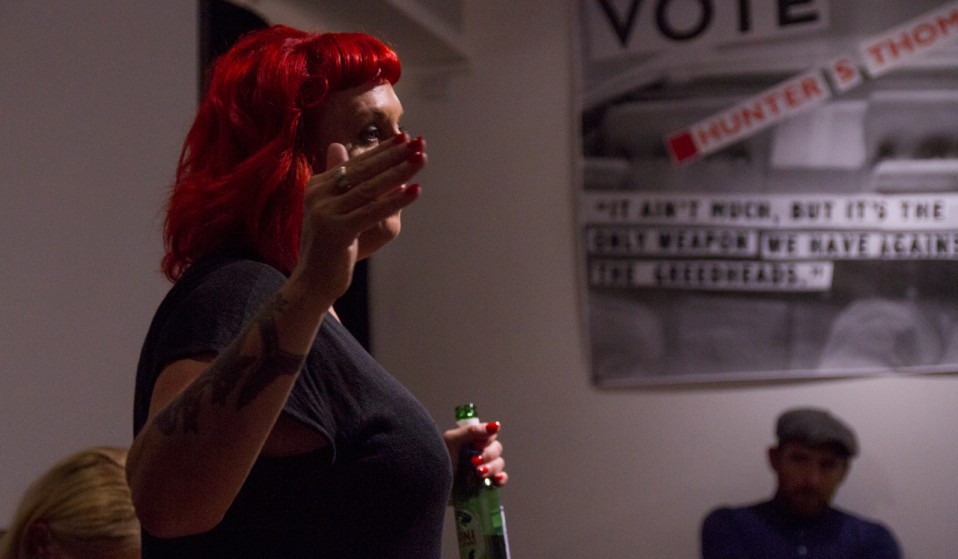 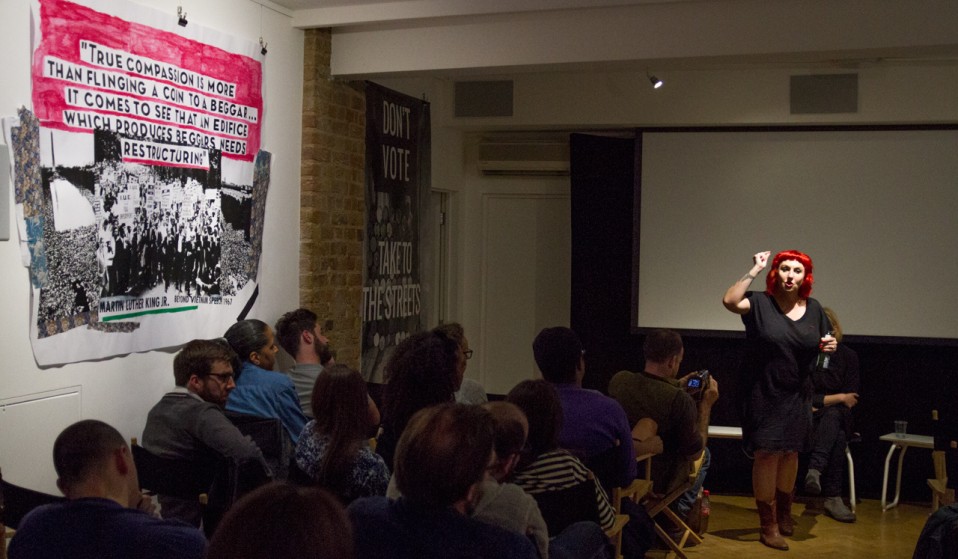 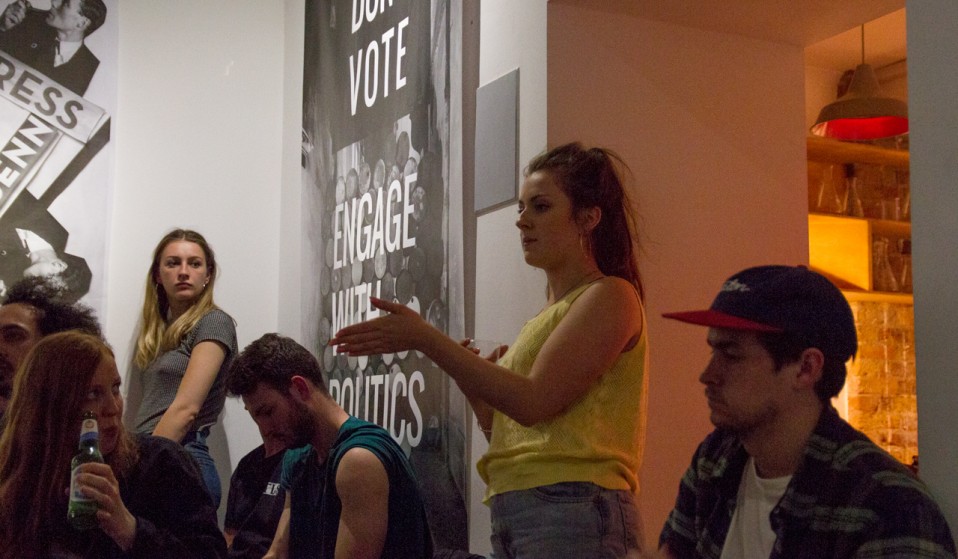 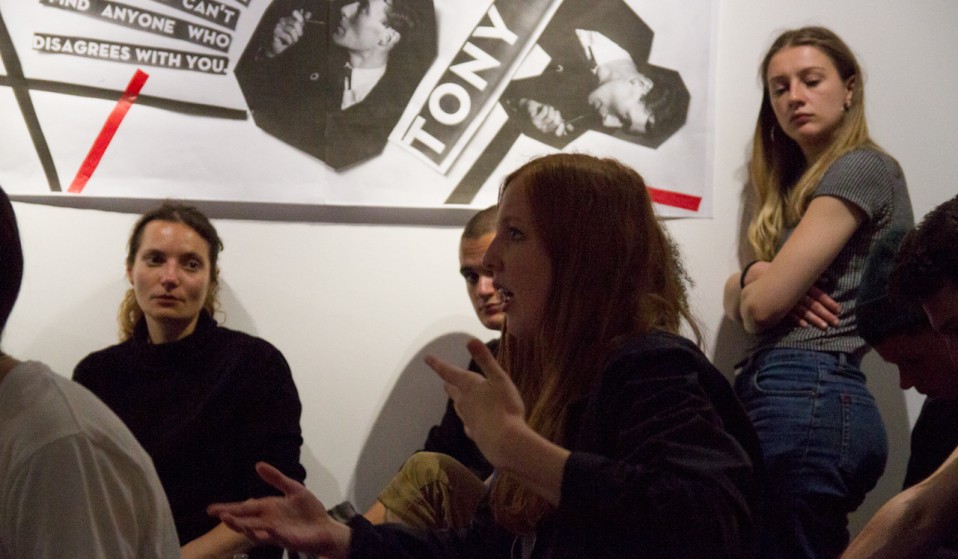 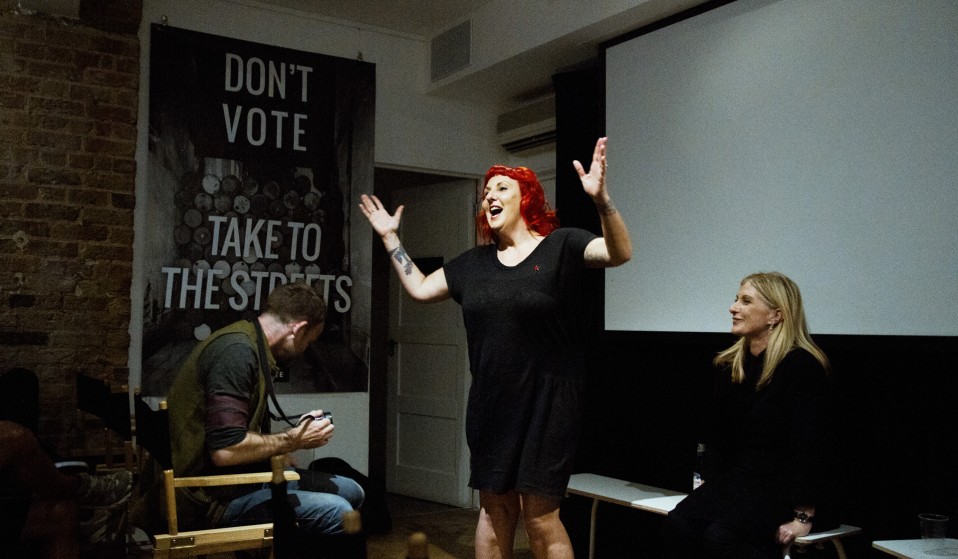 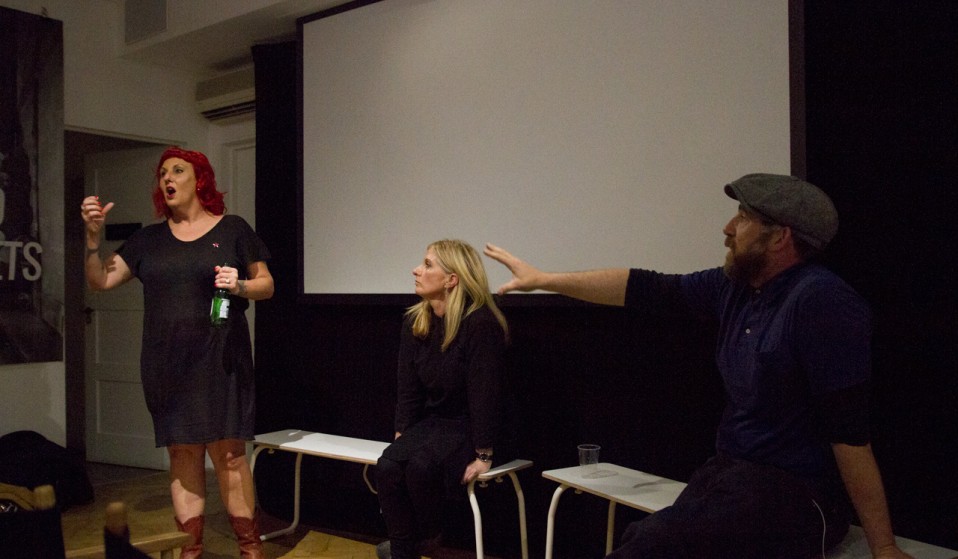 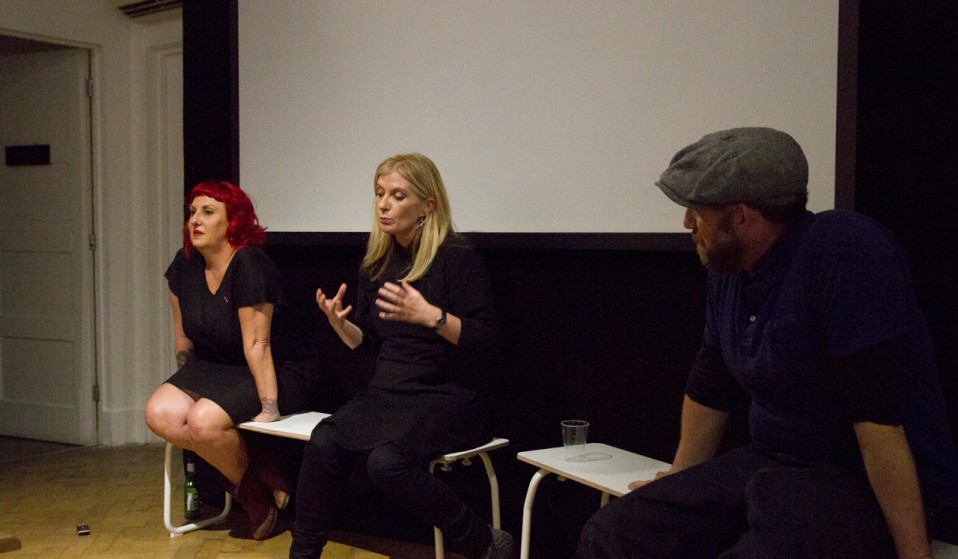 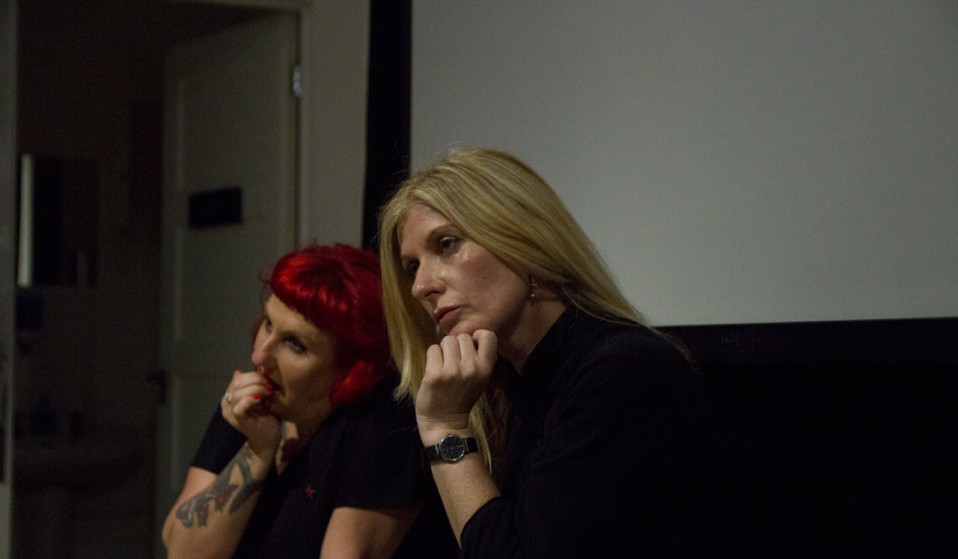 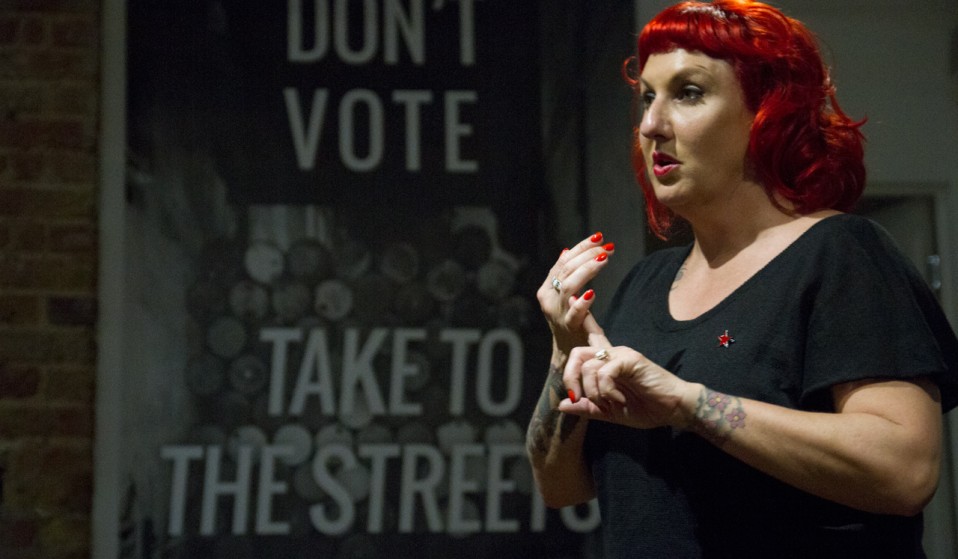 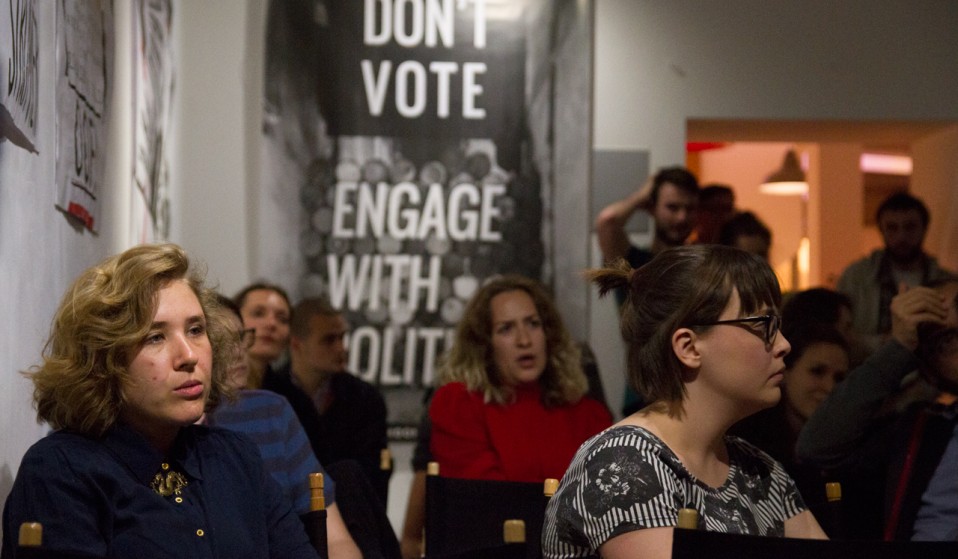 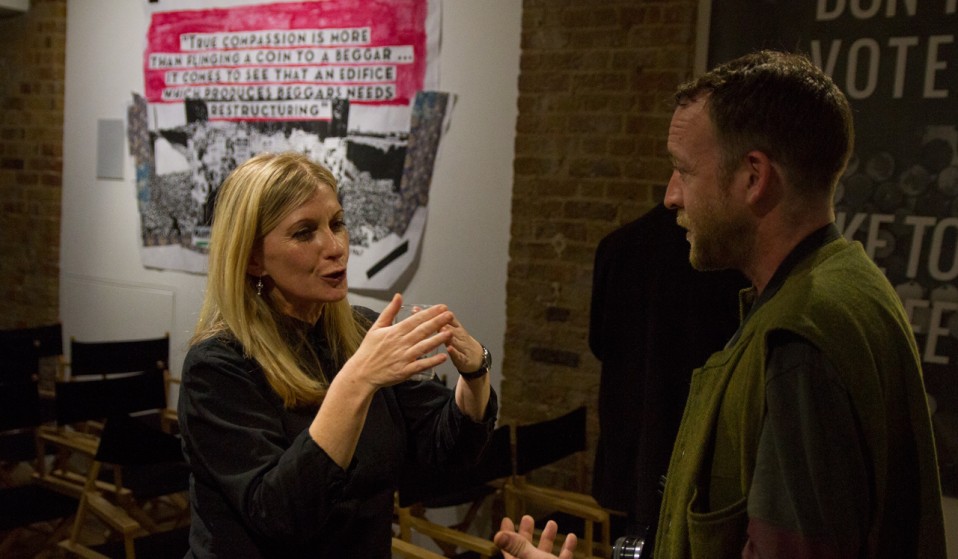 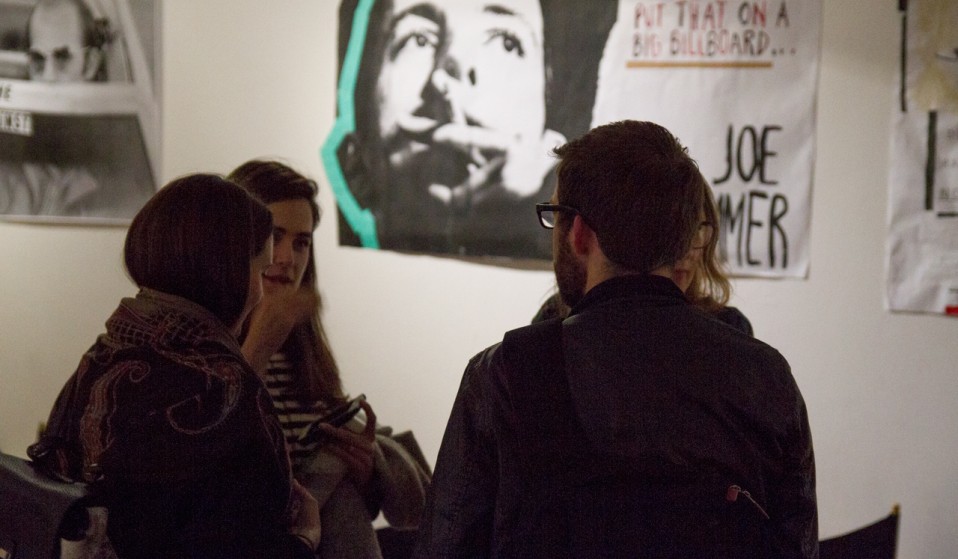 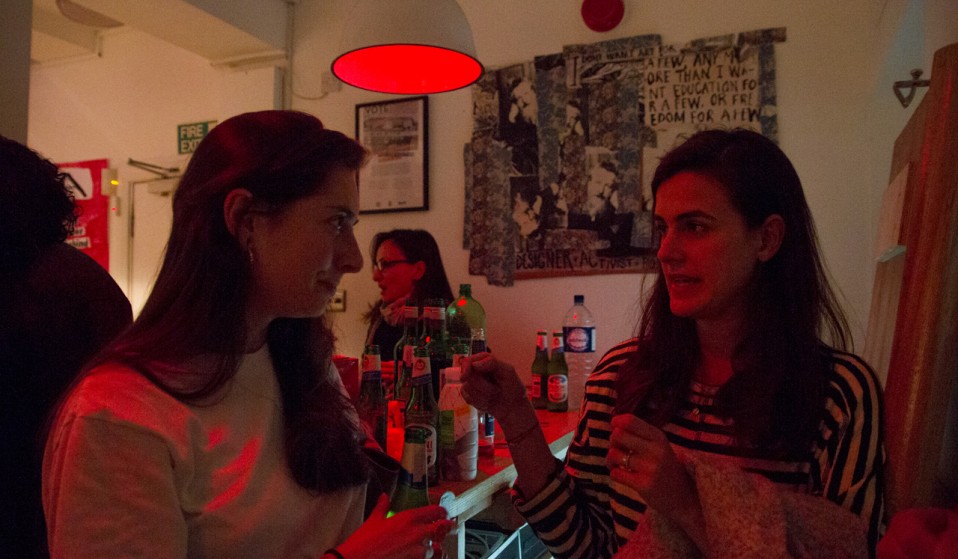 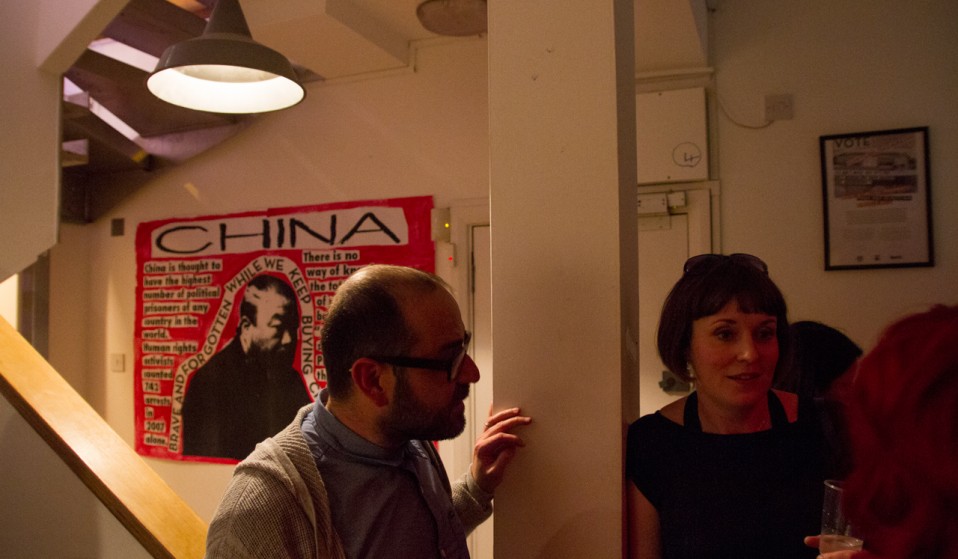 Huck hosted a rowdy night of political debate on the eve of the UK’s general election. Here are the best bits.

Huck hosted a rowdy night of political debate on the eve of the UK’s general election. Here are the best bits.

On the eve of the UK’s general election, Huck hosted an alternative election party at our 71a Gallery in Shoreditch.

The event grew out of a frustration with politics as usual: spin doctors, corporate lobbyists and media barons telling you what to think (and to vote for their mates).

Everything kicked off with a screening of Michael Winterbottom and Russell Brand’s awesome The Emperor’s New Clothes.

After the film, and a healthy alcohol intake, they took on how to achieve change beyond the ballot box, the deep roots of apathy and what happens after polling day, when everything could be in the balance following the predicted hung parliament.

How important is voting day itself?

Lisa Mckenzie: I don’t believe [today – polling day] is the day of democracy. If anything, [polling day] will be the death of our democracy. [Polling day] is the day that people will cast their vote, they will be casting a vote for not for a belief or an idea, not for a sense of compassion or value or what we need to do in the future. What they’ll do is come out out of a sense of duty. […] Politics is not happening [today]. [Election day] is a day that people go out and place a vote. Politics is happening now, this is politics… This is happening right now. On Friday morning [the day after polling day] a space will open. We will have no government on Friday. Think about this! No one will be ruling us. That is a space, what are we going to do with that space? 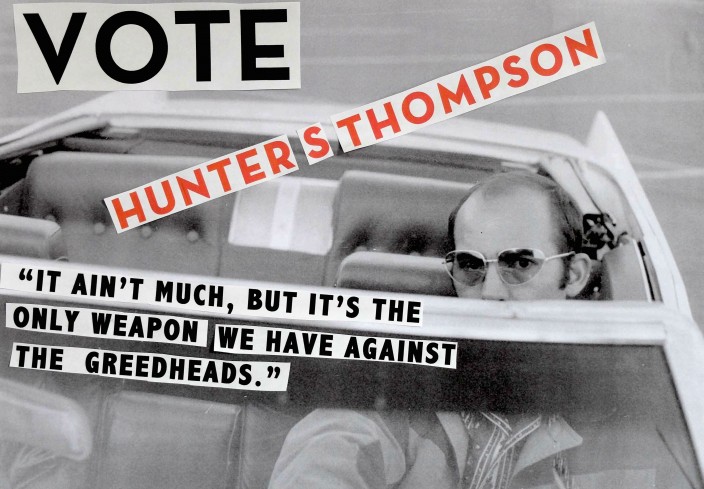 The system is fucked, but we can’t pretend it doesn’t exist

Katy Bauer: “The system is completely corrupt and invalid. I don’t think it makes any sense and it’s absurd, I can’t relate to it. I don’t think most people can. It’s archaic and it was created for powerful people. It has nothing to do with real people. I think in the political system there have been moments where certain political individuals have been true and have been decent but they’re in the vast minority. The system is absurd, I can’t even understand it. However, it is the system. Activists […] have to engage that fucked up system: you have to write to your MP, you have to stand in the street. I think that’s why I made the Hunter S poster (above), which is quite interesting because it’s opposite [the STRIKE! poster below] and I believe in both of them.

“That’s the strength of left-wing thinking. We are more broad, we are less zealous in our thinking, because we have a more philosophical approach, a more humanist approach. They both make sense. But I believe that given the activism I’ve been engaged in, you have to deal with this fucking system to get anything done. If you have good people that you can write to – I’ll be voting Green tomorrow – because I hope then when I do want to heard, I will have a more sympathetic ear. My activism works outside of that system, continuously – as an artist, as a mother, as a citizen. However we can’t ignore [election day], we can’t pretend it doesn’t exist, so I think a kind of dual approach is probably the most constructive.” 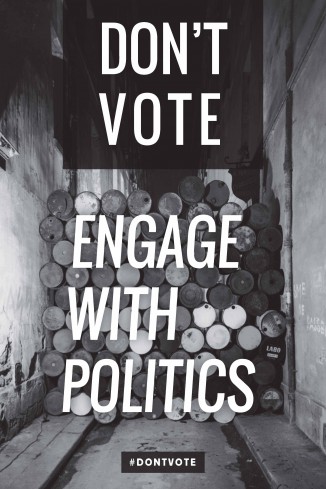 The class war is alive and well

Lisa: “I’m standing in the election tomorrow is because I want to have a platform for class politics. This is something that none of the other parties are talking about, they refuse to talk about it. The Conservative party are the best at class war. So meanwhile you might think that Class War is this crazy group that shout and swear and attack, but let me just tell you know, the kings of class war are the Conservative party because they are winning. The rich, the 1%, the interests of these people are winning. This is why I’m standing, because working class people over the last thirty years have been decimated.”

Apathy didn’t creep up over night

Michael Fordham: “What happened, funnily enough, in 1968 was that the French Communists sold out the students. The students went back to class, they broke up for summer holiday and the revolution dissipated. Never in the history of the working class movement had anything come so close to revolution since 1917. So that was actually the start of the breakup of the idea of mass protests and actual revolution, ironically.”

Social media can bring us together

Katy: “We’re very divided and we need to chill. I think we need to really get together. Because if we don’t UKIP and those fuckheads – they couldn’t care less how threatening, oafish and dangerous their people are – they will unite and that’s the difference. We are weak if we’re not more diverse, experimental and try every avenue. So, social media: great! Marching: great! If somebody is rich and left wing: great! If somebody is poor and left wing: great! We need to be kinder to each other and we need to unite ‘cause those fuckers love [infighting and divisions].”

Linkedin
RELATED ARTICLES
OTHER ARTICLES
In election week, Huck and Little White Lies present two free nights of films and debate on politics and activism today.
We're screening Russell Brand’s new film The Emperor’s New Clothes and having a chat about activism, radical politics and alternatives to the ballot box. It's completely free so join us at Huck’s 71a Gallery on Wednesday May 6 at 7pm.
A Huck exclusive interview with the Special Patrol Group, the activists behind the ‘Bullshit Jobs’ campaign, on their latest Don’t Vote action.