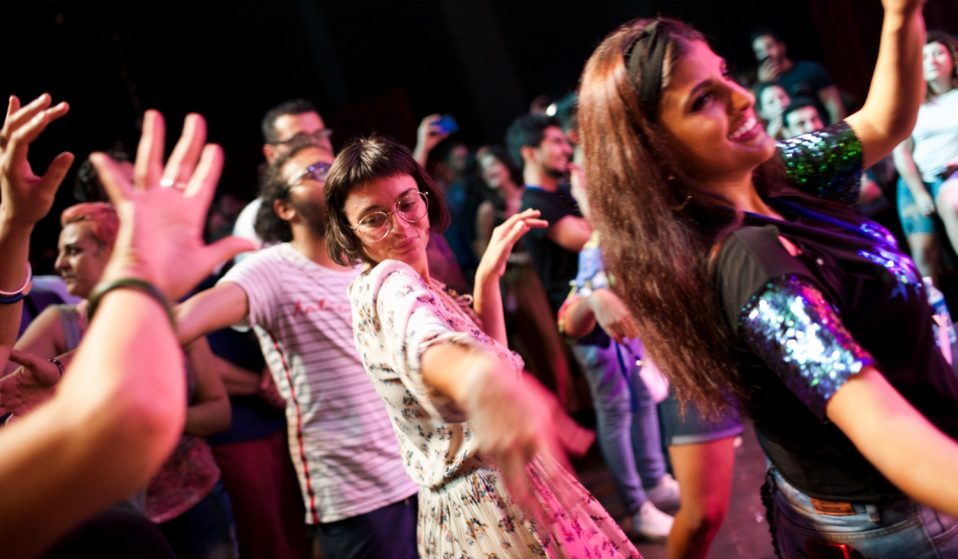 After Mashrou’ Leila had a gig cancelled following pressure from ‘homophobic’ Christian groups, thousands flocked to The Palace Beirut to take action.

After Mashrou’ Leila had a gig cancelled following pressure from ‘homophobic’ Christian groups, thousands flocked to The Palace Beirut to take action.

On the evening of Friday August 9th, around 3,000 people flocked to The Palace Beirut, a famed venue in the Lebanese capital, for a free concert that celebrated diversity and tolerance.

The event – titled “The Sound of Music Is Louder” – was organised by a group of activists in less than 10 days, after the Lebanese indie band Mashrou’ Leila had their show at the Byblos International Festival cancelled following ‘homophobic’ pressure from Christian groups.

Uniting over 30 performers from across the worlds of hip hop, rock, opera, drawing, pole-dancing and comedy, the event – which was held on the same night Mashrou’ Leila was supposed to perform in Byblos – resounded with a sense of solidarity.

The Lebanese band, who are probably the most internationally famous music group to sing in Arabic, is known for advocating LGBTQ rights and addressing Lebanon’s political issues in its songs. They have already been banned in Egypt and Jordan, but this was their first-time facing censorship in their home country.

“What happened with Mashrou’ Leila was an act of banning diversity, so we wanted to organise a concert for diversity, as a political measure,” Joumana Talhouk, one of the event organisers, affirmed. 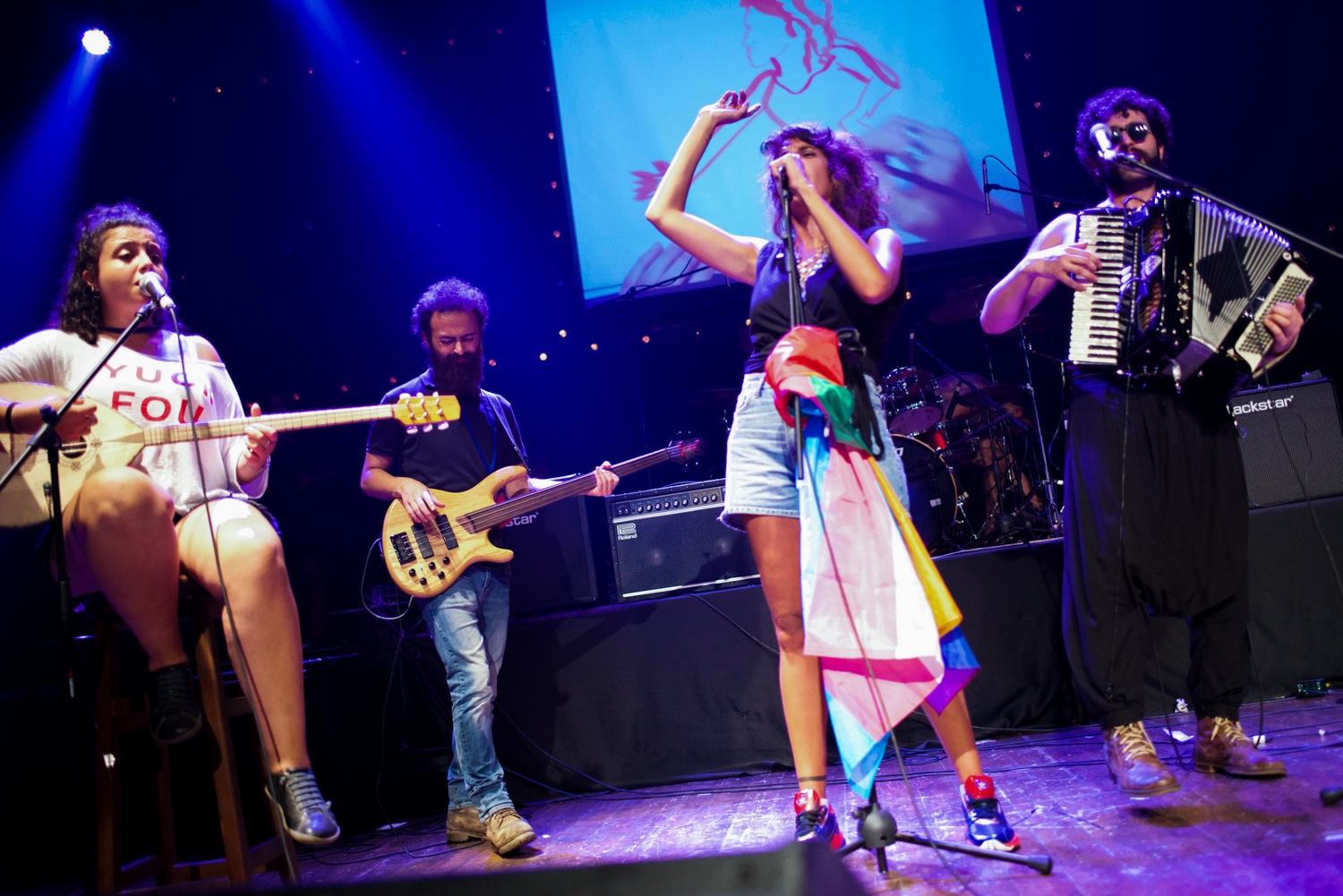 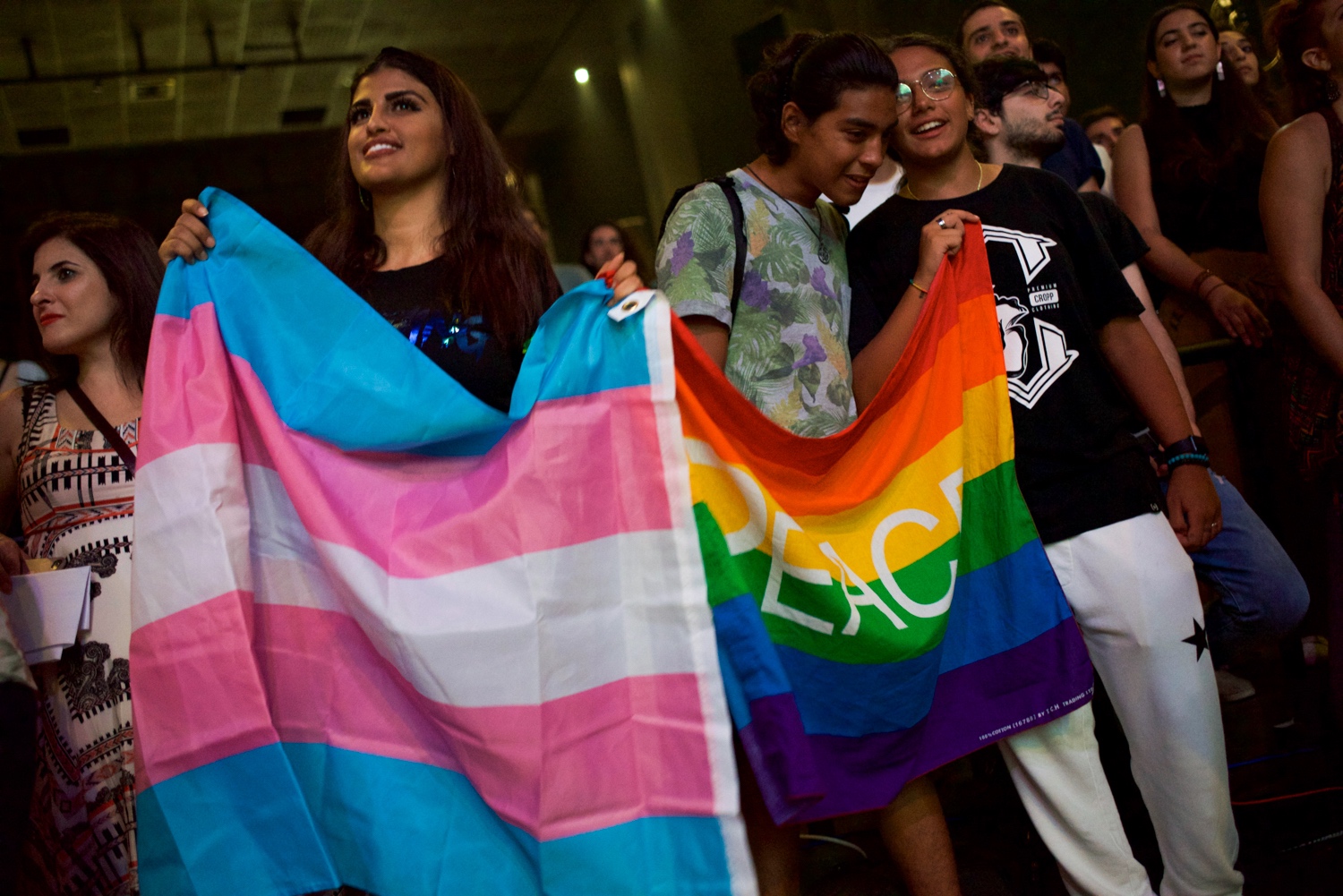 Ahead of the night, the concert-protest quickly went viral online, gathering over 5,000 people on the Facebook event within a week, making Talhouk and other activists feel “empowered.” According to Talhouk, the event attracted so many people because it “bridges the gap between music and politics. It brings people who wouldn’t usually come to political events.”

But the show at The Palace Beirut was far from the only event organised on Friday standing in solidarity with Mashrou’ Leila. Samir Kassir Eyes, a centre for media and cultural freedom, created the #LilWatan hashtag that called individuals to air and listen to Mashrou’ Leila’s songs at 9pm on Friday 9th (when the initial Byblos performance was planned) and post about it online with the hashtag. Over 150 pubs and restaurants across Lebanon answered the call, and as major Lebanese TV and radio stations covered the campaign, the hashtag quickly began trending online.

“Lil Watan” – which means “for the nation” in Arabic – is a song by Mashrou’ Leila that addresses apathy in Lebanese politics. It’s also a term mentioned in the Lebanese national anthem. Ayman Mhanna, the Samir Kassir Foundation’s Executive Director, chose this expression for the online campaign precisely for this double reference.

“The message is: Lebanon and freedom of expression are intertwined,” Mhanna explained. “Lebanon loses its entire raison d’être in the region if it copies the type of censorship and oppression that is just around us. What makes us special is our diversity, not only the religious diversity but the diversity of ideologies, ideas, ways of expression that can coexist in Lebanon.”

Answering the call to stand up against repression and censorship, thousands came to The Palace Beirut on Friday, as many queued for hours outside to try and witness the evening’s eclectic performances. Rubi Ramadan, an interior architect and jazz singer who was waiting to get in, said she came “to make a point against those who didn’t want Mashrou’ Leila to perform.” “Music unites us all,” she asserted.

As spectators cheered, danced and laughed at the night’s comedy shows and concerts, it was an evening that shed light on Lebanon’s often dark political climate. Samah Boulmona, an accordion-player and singer that played with a group of friends, was taken aback by the range and quality of performers and the crowd of thousands.

From playing local bars in Beirut’s Hamra district to a huge venue in one of Lebanon’s most hyped-up events, this was certainly a step up for Boulmona and his friends. They intentionally played political songs from the region, consistent with the night’s context, from covering Egyptian composer Sheikh Imam to the Lebanese songwriter Philemon Wehbe.

“The cancellation of the Mashrou’ Leila concert is the best thing that happened this summer,” Boulmona declared after his show, “for bringing all these people together and knowing how much you count in this country, to see them all together, not just artists but the crowd as well. It gives a lot of hope.” 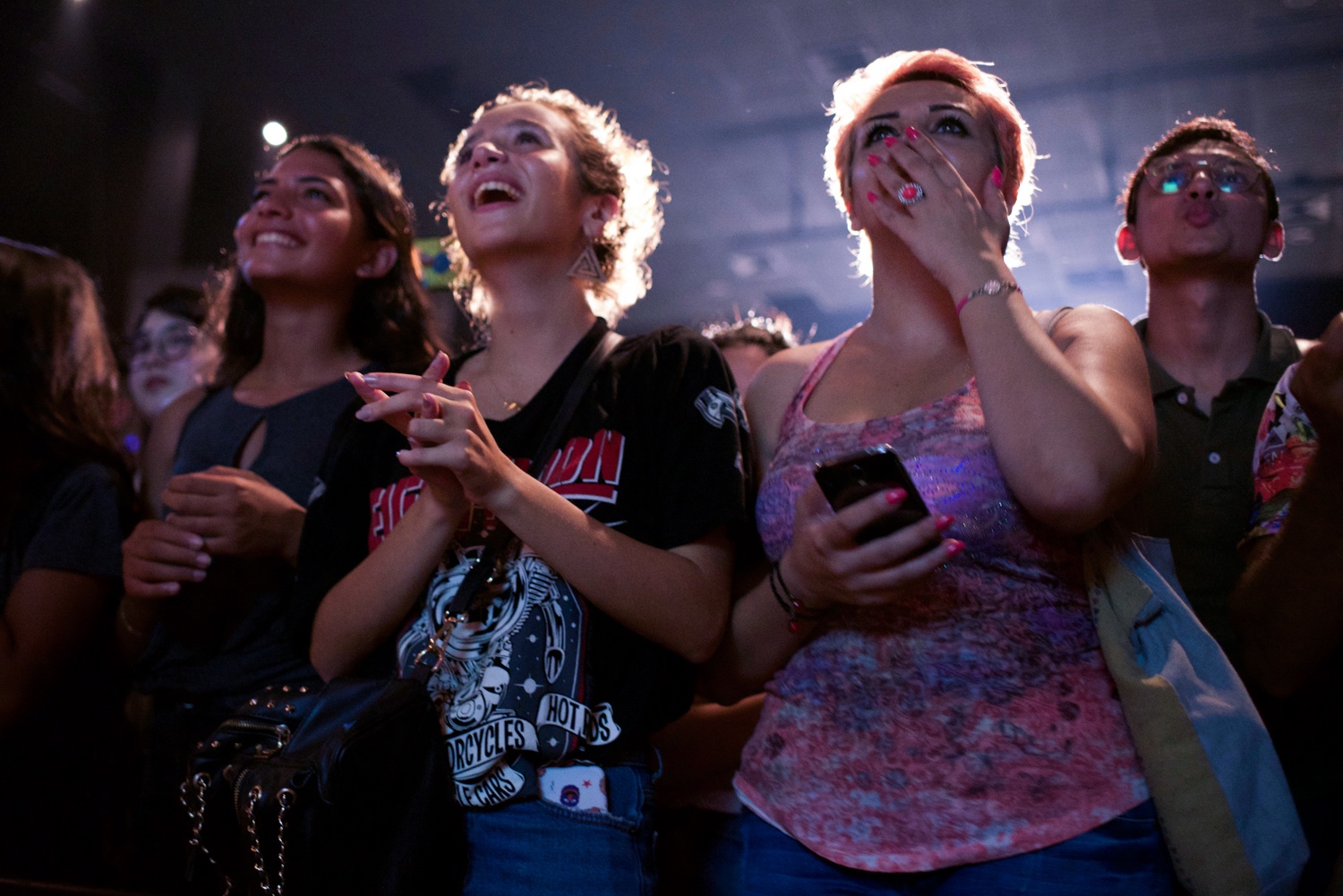 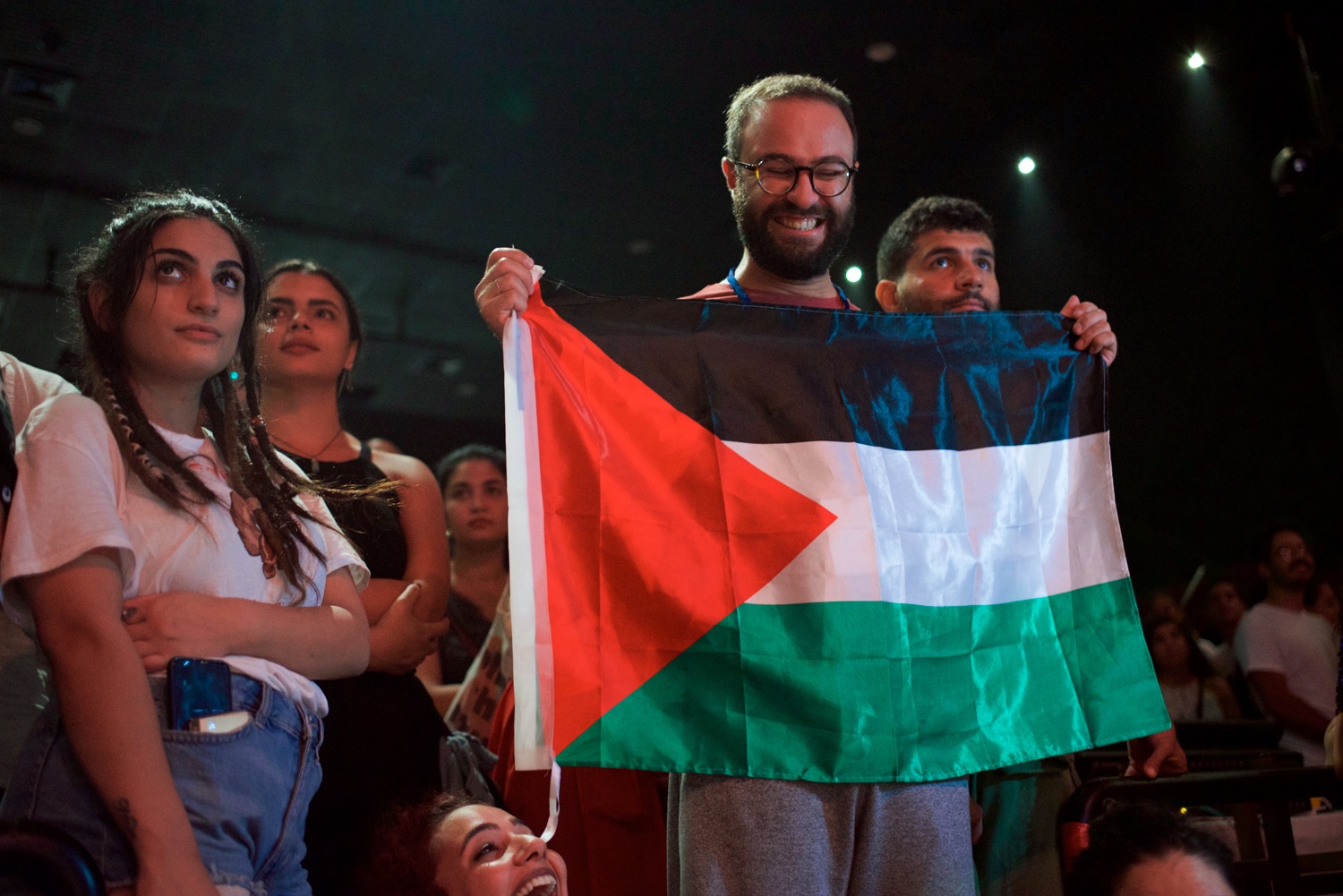 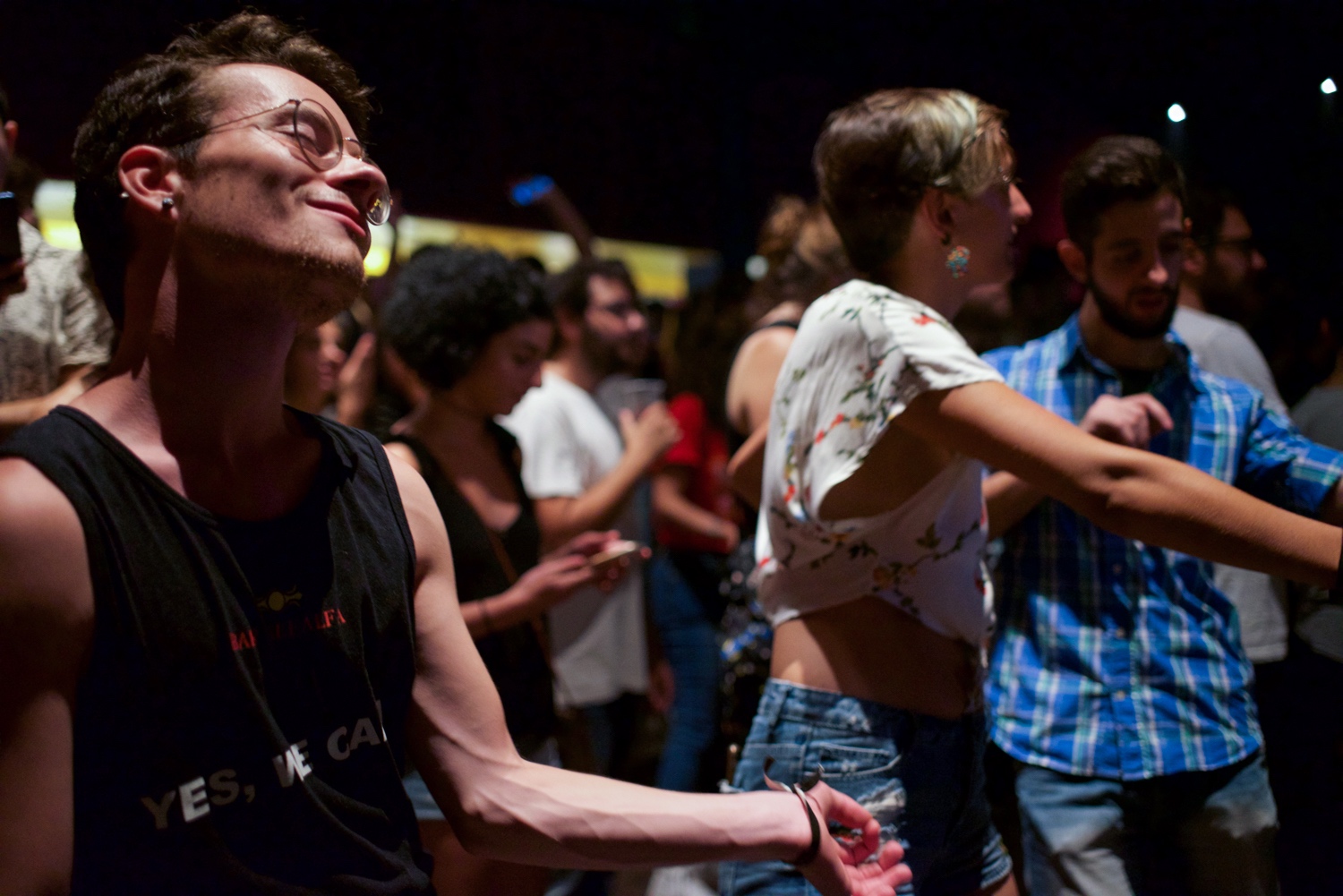 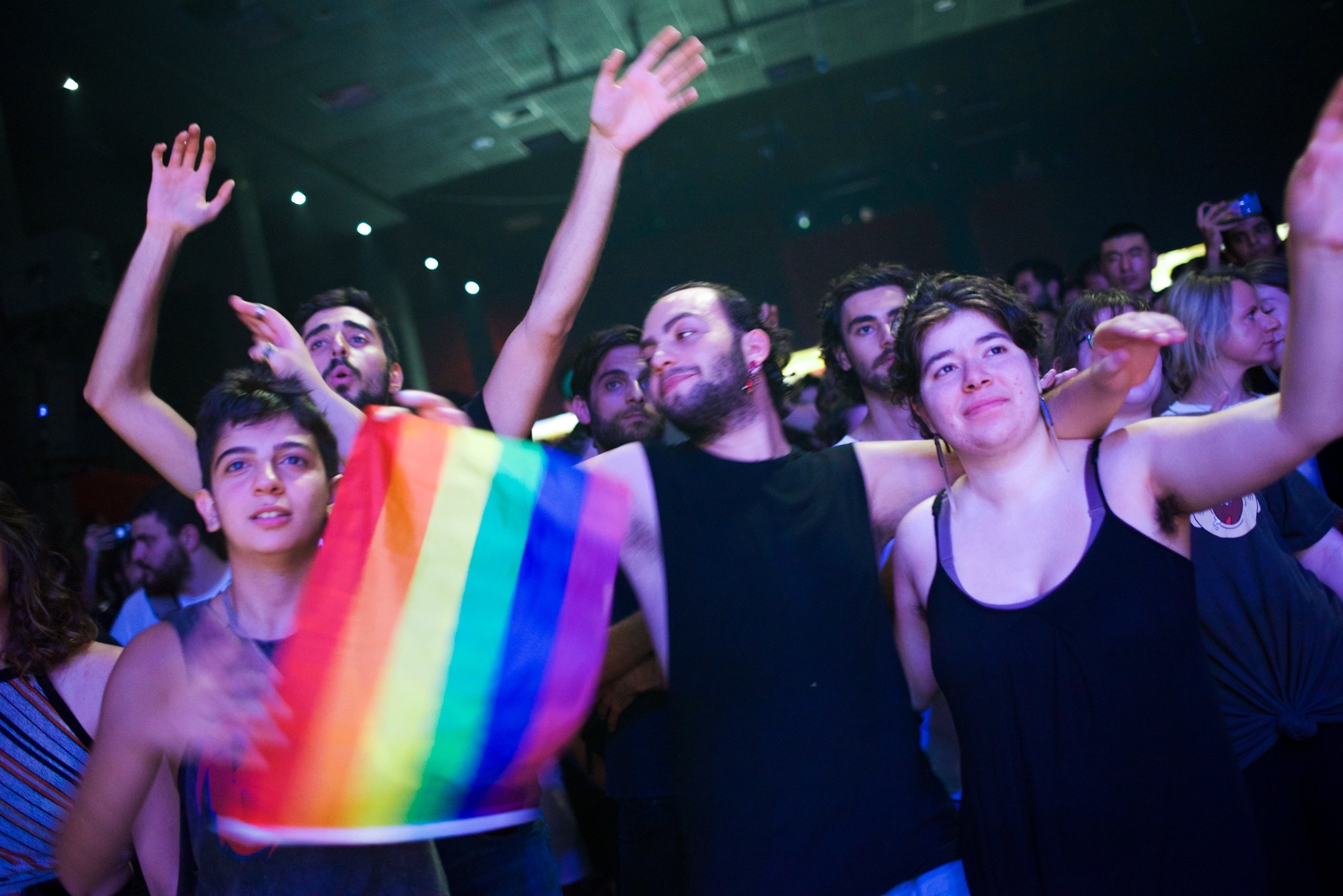 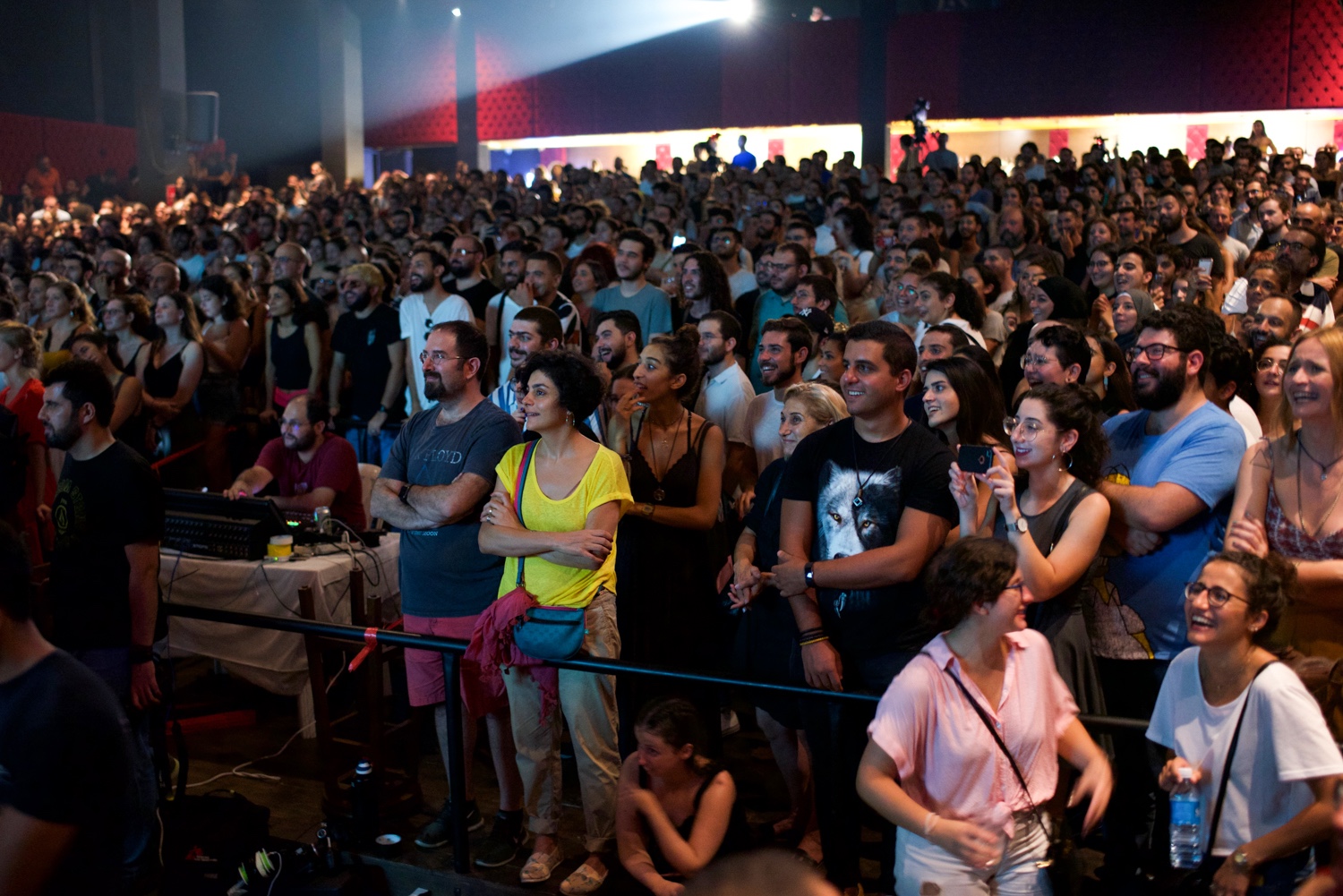 Linkedin
RELATED ARTICLES
OTHER ARTICLES
A new film from Berghaus traces the story of Adam Raja, who left behind a turbulent upbringing to discover the healing power of climbing.
Campaigners reflect on what the supreme court’s decision to allow buffer zones in NI means for the future of reproductive rights in the UK.
After blocking the Scottish government’s gender recognition reform bill, Westminster is now devising further changes to the law to make it harder for trans people to self-identify.
The pro skateboarder withdrew from the 2020 Olympic Games so he could come out as trans. Now, he’s hoping to encourage others to live as their authentic selves – within the sport and beyond.
After fleeing the war in Ukraine, people are finding it impossible to secure affordable and decent housing in the UK.
David 'Dee' Delgado’s photo project is about honouring and uplifting the city of his youth, and a world rapidly disappearing under the relentless onslaught of gentrification.