News & Politics / Activism / Why is this London art gallery giving neo-Nazis a platform? 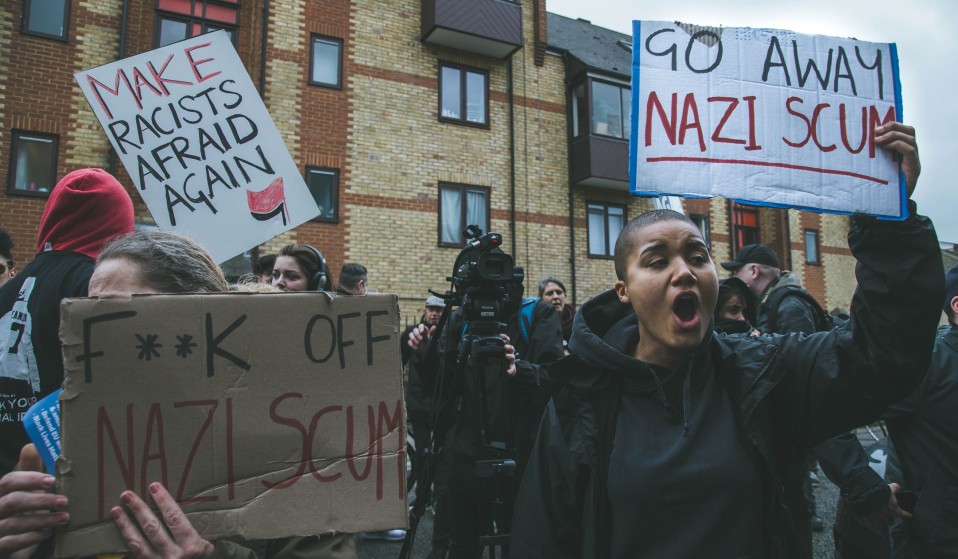 An exhibition of work by white supremacists – the first of its kind since Trump's election – has sparked a fight back from protesters determined to stop fascism.

An exhibition of work by white supremacists – the first of its kind since Trump's election – has sparked a fight back from protesters determined to stop fascism getting a foothold.

Chants of “Alt-right, piece of shite” and “Nazi scum off our streets” cut the chilly morning air as Dalston, East London becomes an unlikely flash point in the fight against so-called ‘alt-right’ white nationalism.

Located in one of the most diverse areas of the country, Dalston isn’t exactly the place you’d expect extreme reactionary politics to take a foothold in 2017.

But it does have a history of far-right politics being shut down; British fascist Oswald Mosley attempted several marches here back when the area had a significant Jewish population – including one in 1962 when he was swarmed and beaten within seconds of appearing. 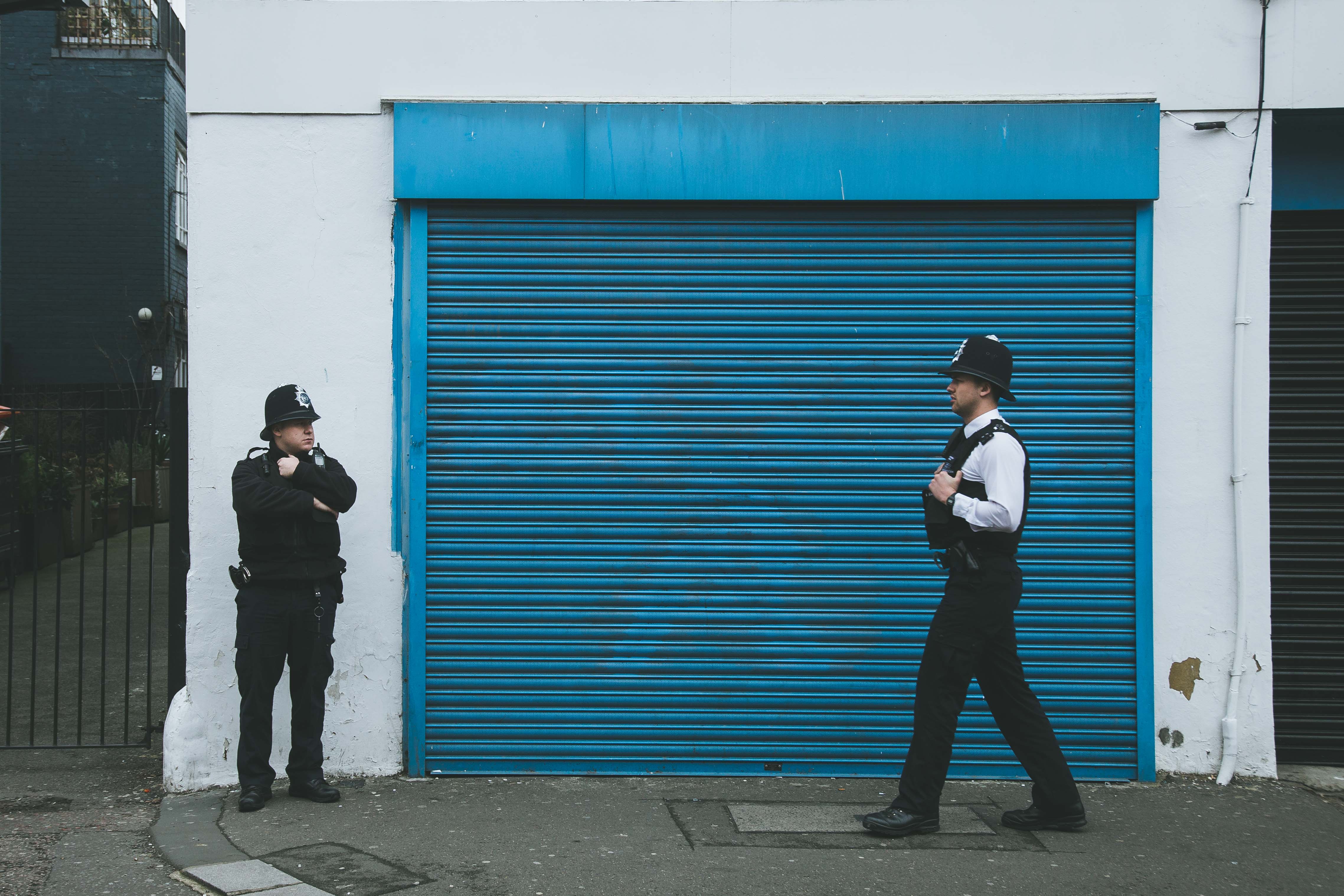 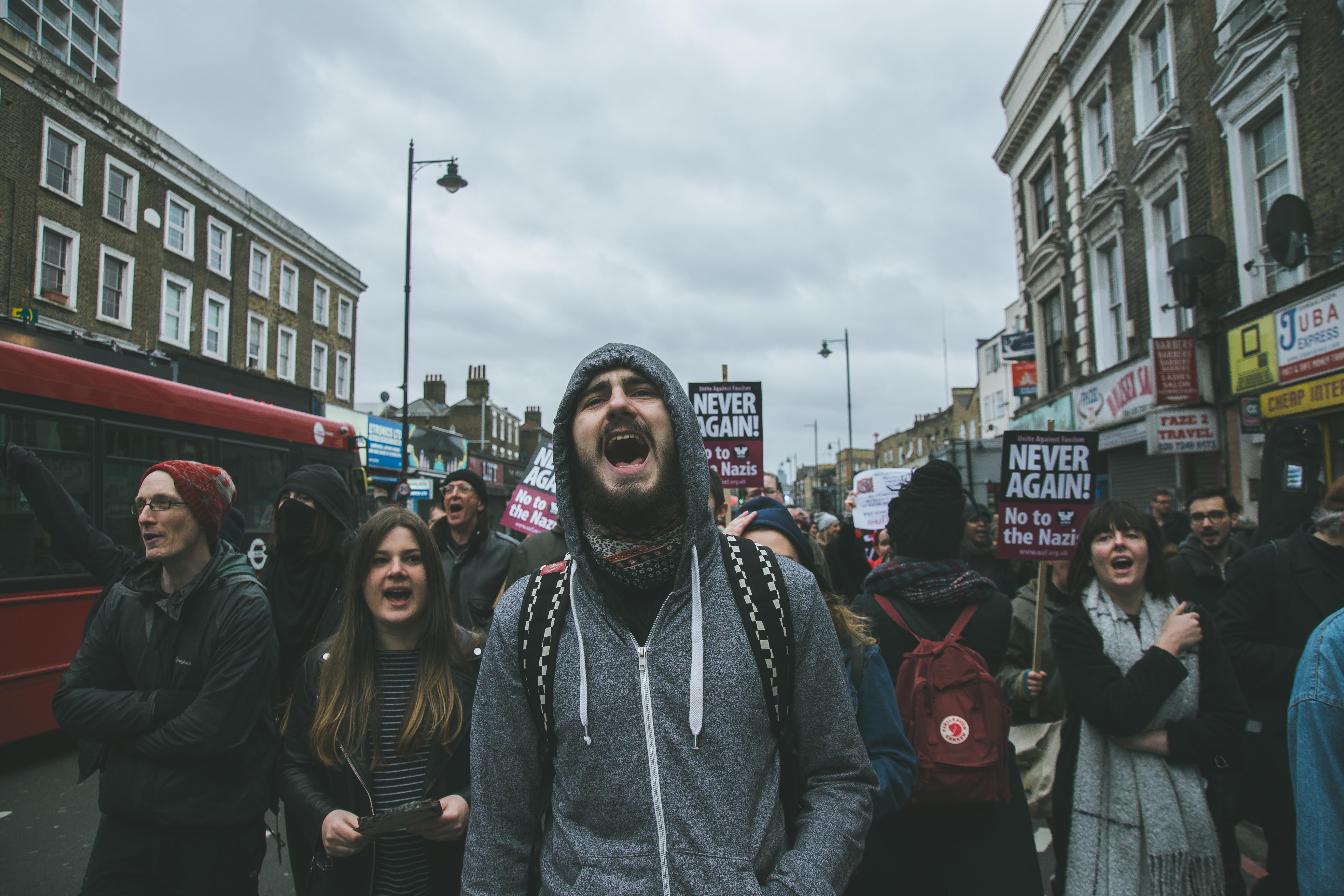 The face of fascism may have changed, but its newest guise has surfaced at Dalston’s LD50 gallery, which has courted controversy by hosting several speakers involved in the white nationalist movement. Now locals want to permanently shut the art space.

Campaign group Shutdown LD50 is staging a demonstration against what it sees as a dangerous encroach of organised fascism using the veil of art to disguise its intentions. Arriving at the scene on Saturday are a mix of artists, concerned local residents, antifas in balaclavas and supportive passers-by. 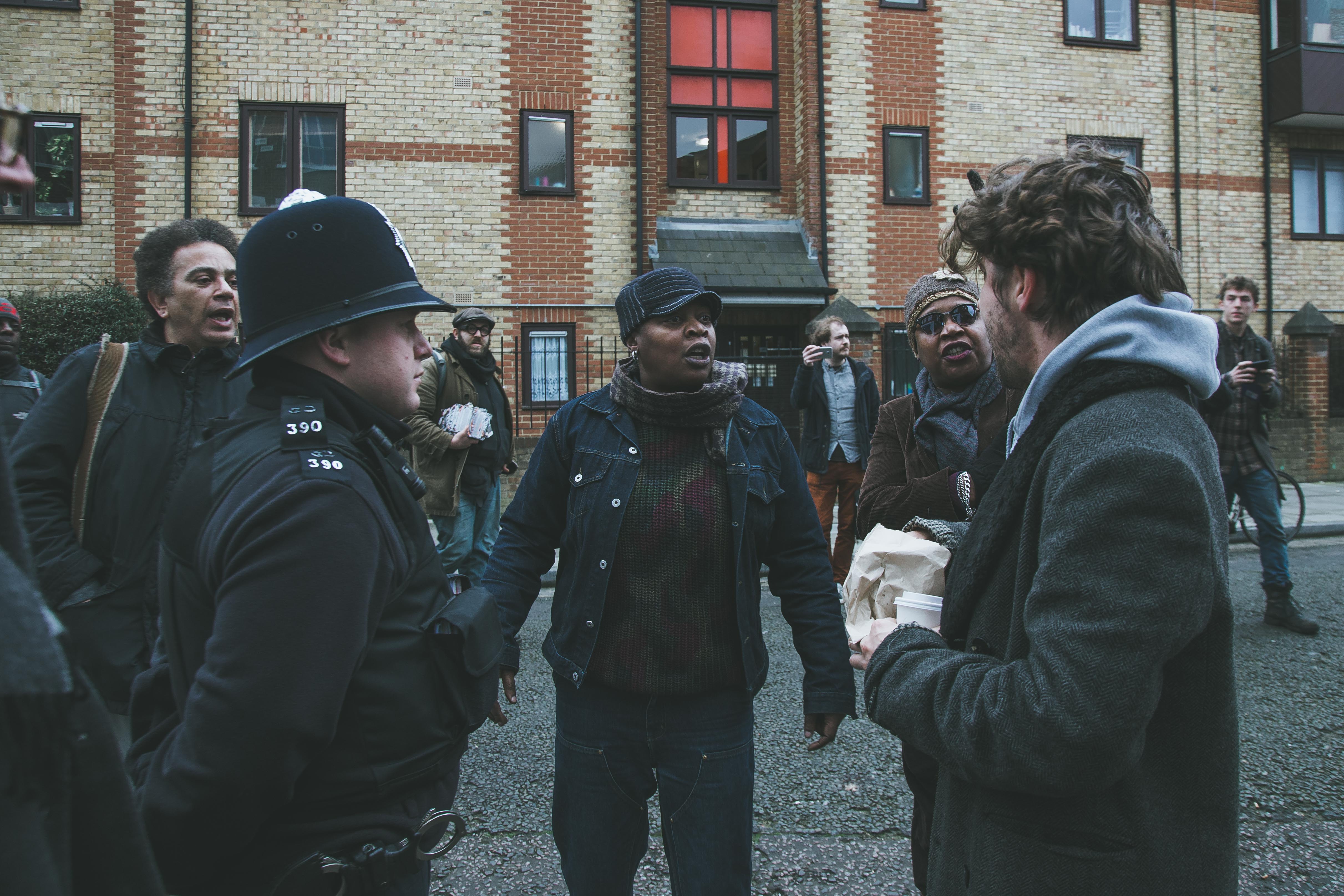 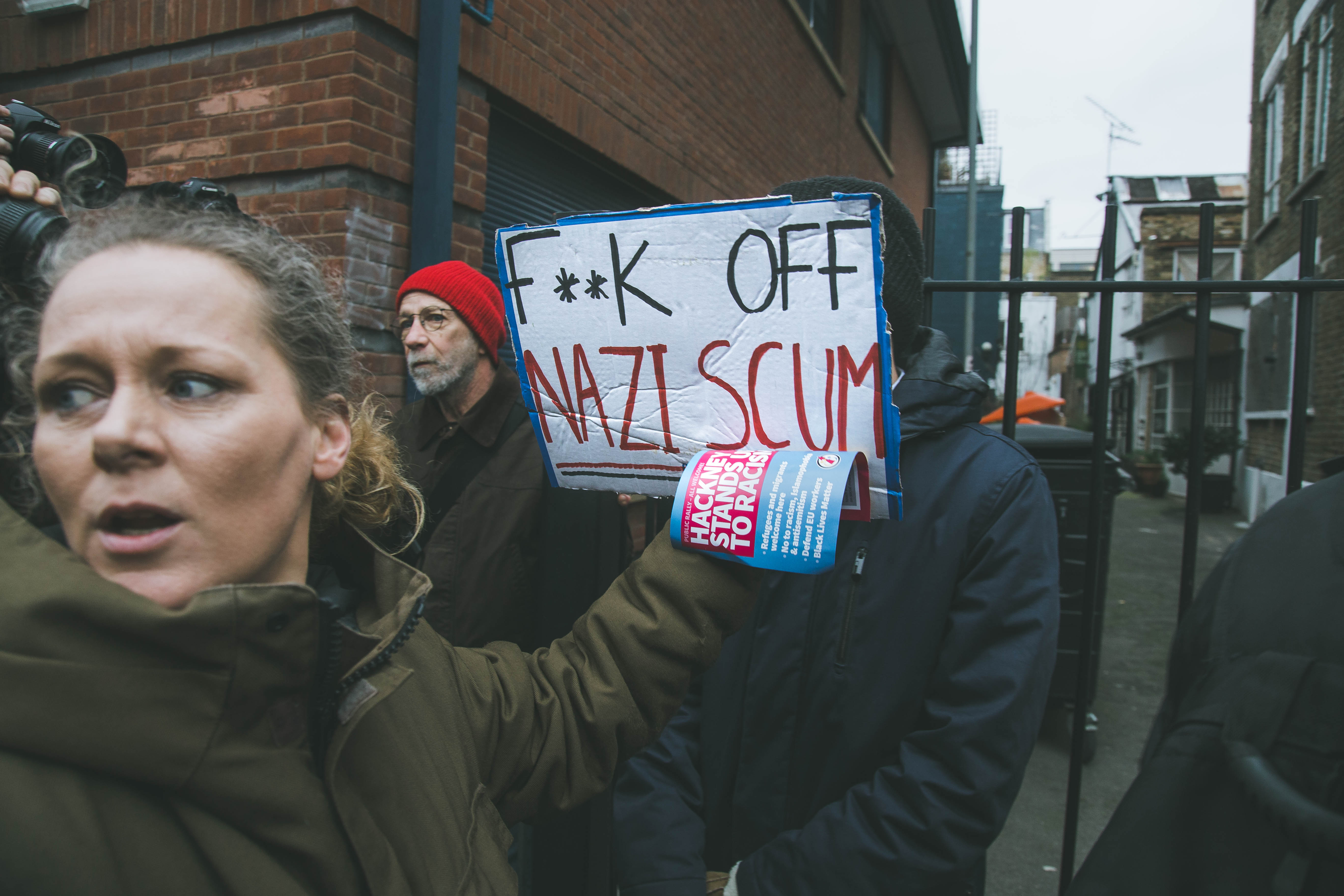 James, a housing activist who’s lived in Hackney for five years, is one of the figures behind Shutdown LD50. He says the gallery is covertly supporting far-right groups by giving them a platform to organise and claims it has been consistently misleading about events, the most controversial of which weren’t promoted publicly.

“This isn’t a free-speech issue,” he says. “This is about ensuring the safety and freedom of the people who live in this community.”

“People are really shocked and frightened. [They’re] absolutely terrified this has been happening just around the corner from them”. 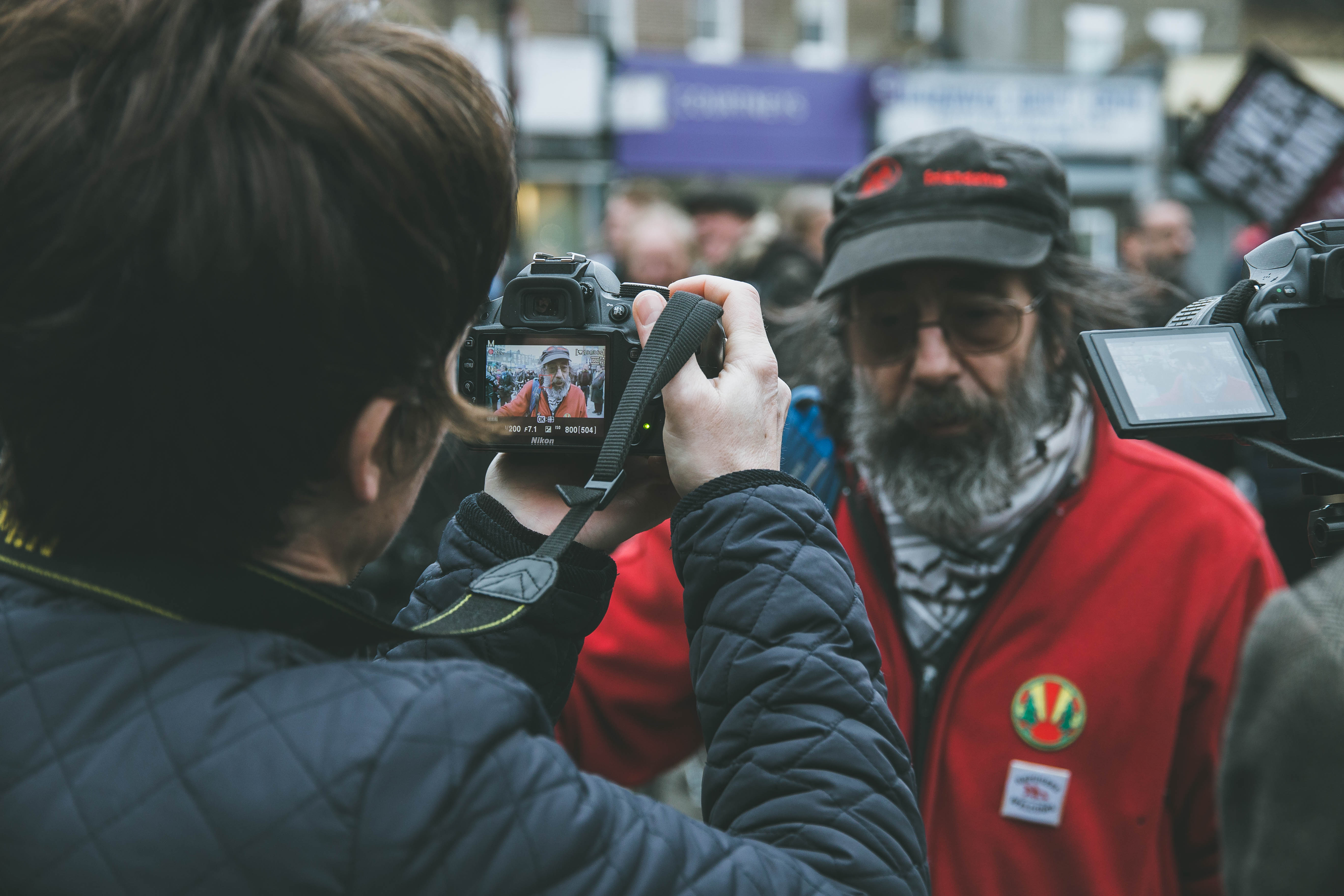 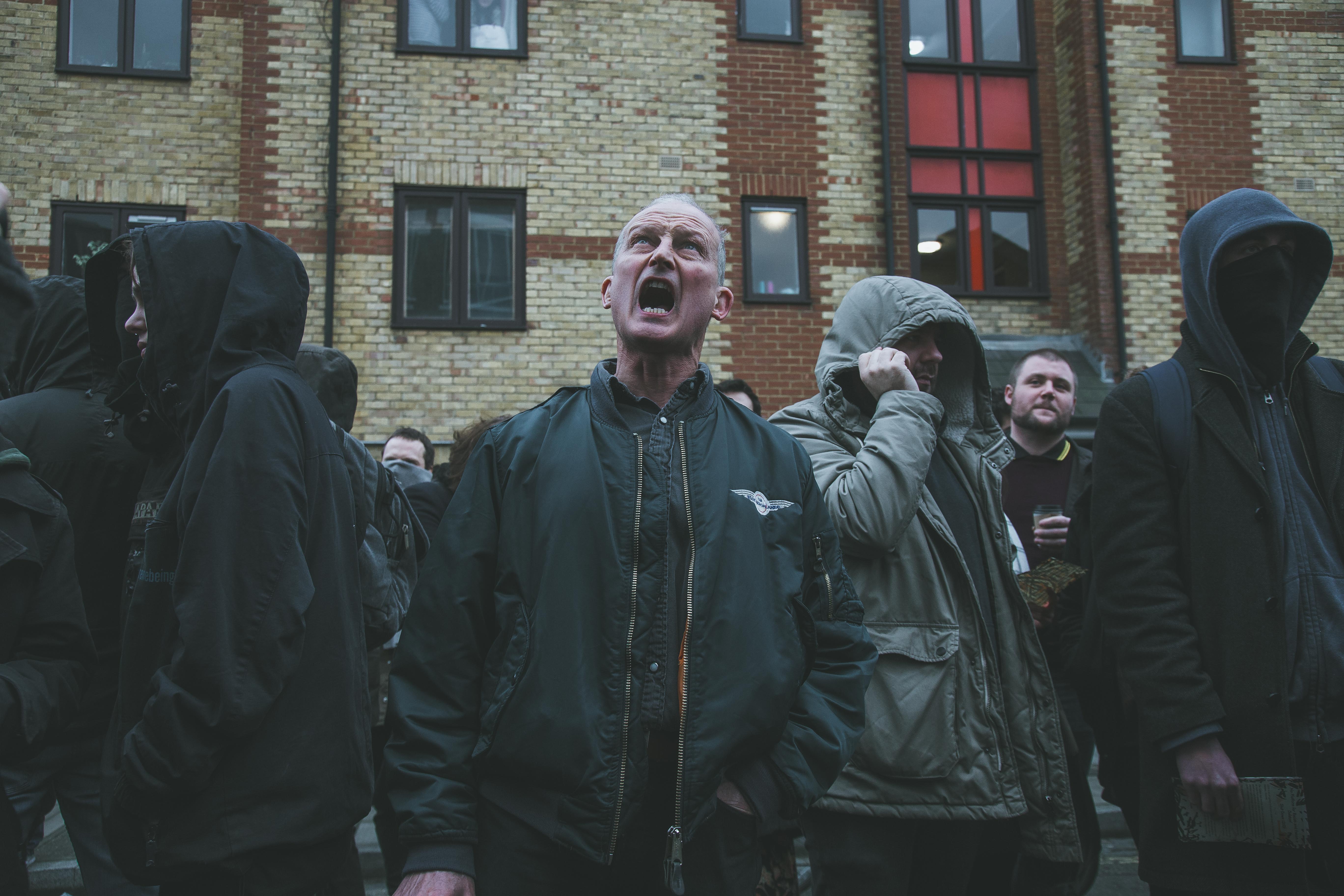 A series of speakers at LD50’s Neoreaction conference last year included Brett Stevens, who inspired mass murderer Anders Breivik. “He chose to act where many of us write, think and dream,” wrote Stevens after Breivik’s 2011 terrorist attack killed 77 people in Norway. 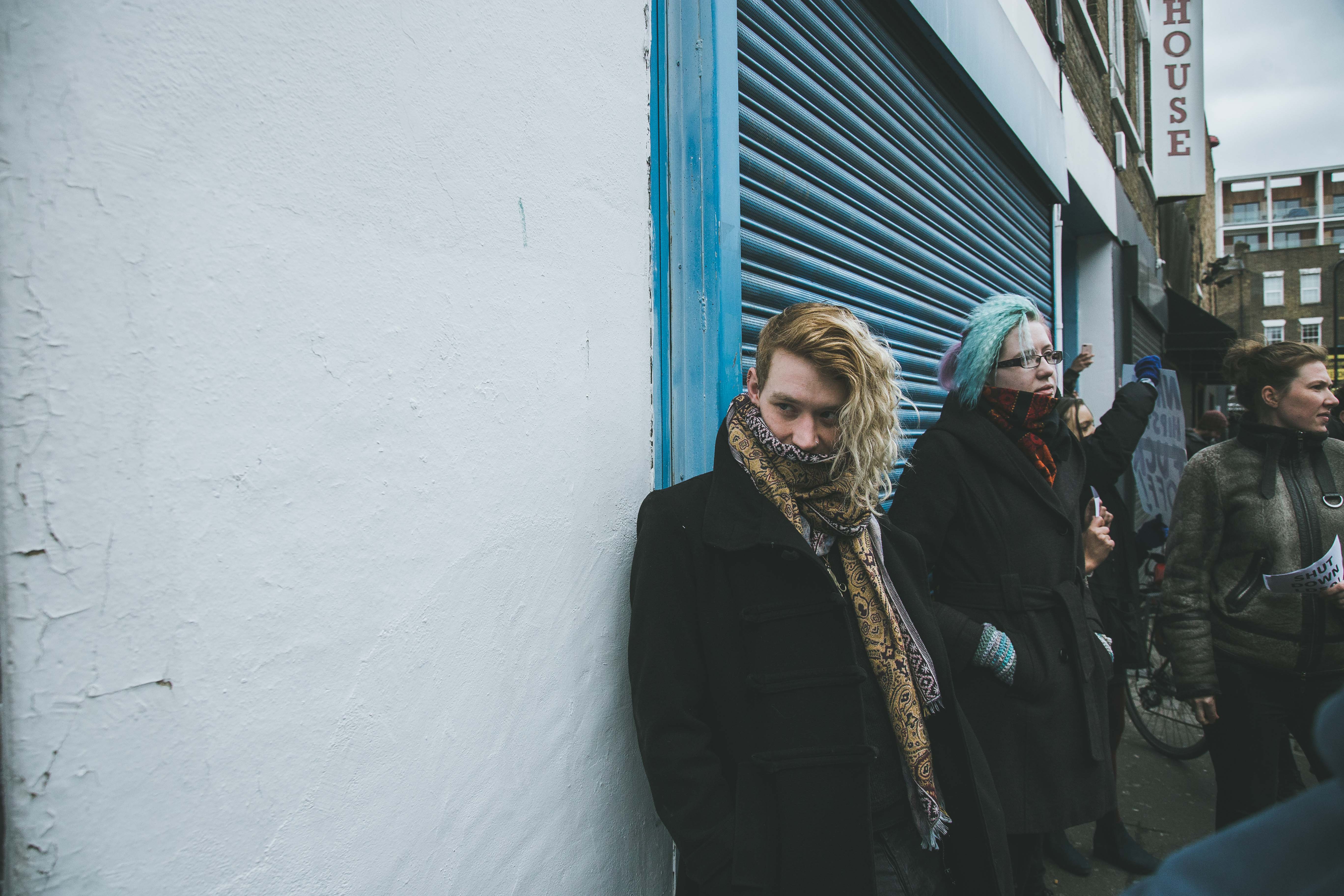 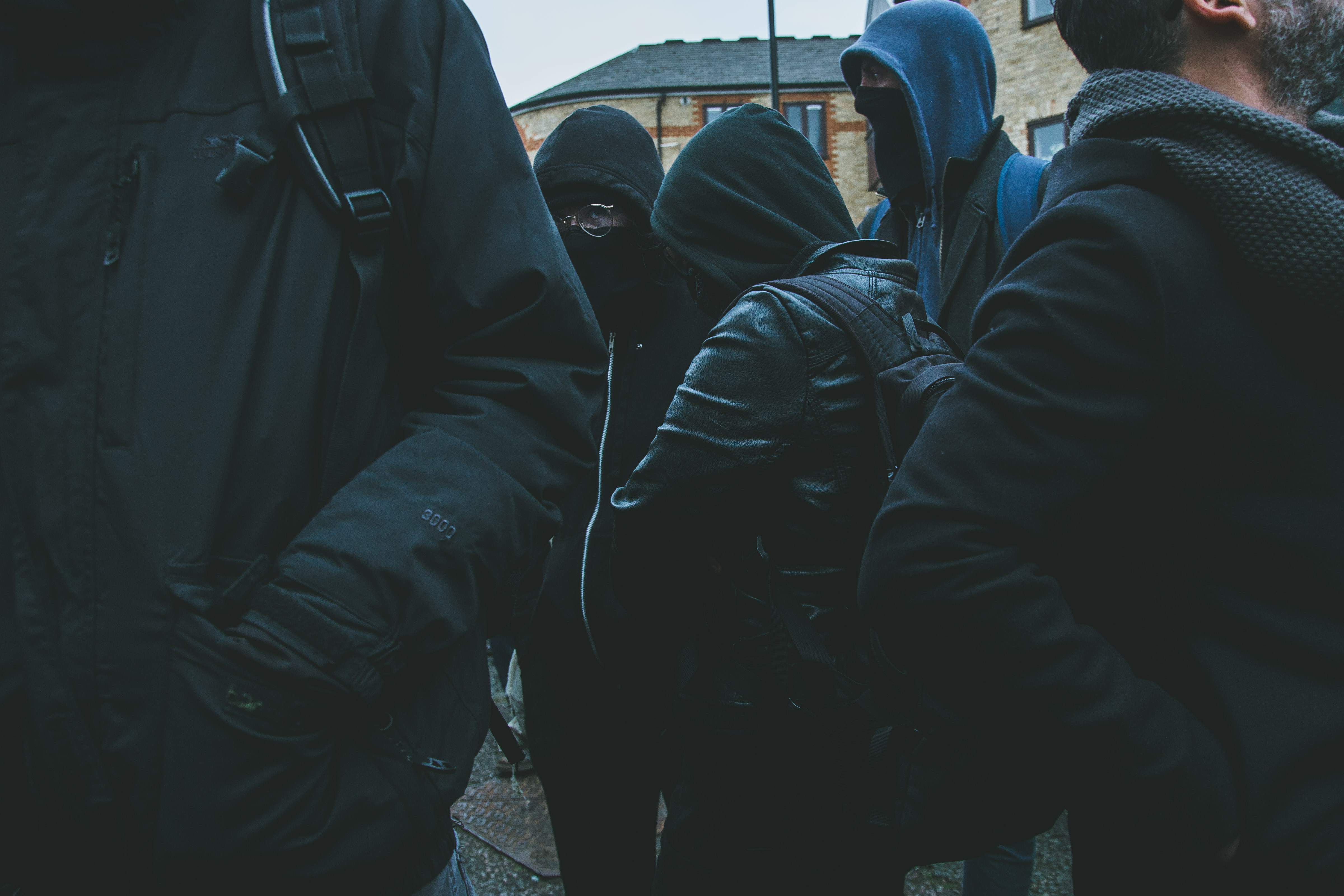 A recent exhibition entitled Amerika shared its name with Stevens’ blog, and featured an array of alt-right memes as well as a memorial to mass shooter Elliot Rodger.

Just take a look at the gallery’s Instagram page for an insight. It hosts a rather bizarre collection of fascist ephemera – references to neo-Nazi slogans, Pepe the frog and even a quotation from Hitler alongside a red carpet snap of Taylor Swift.

Owner Lucia Diego defended the gallery’s programme in an online statement, saying the aim was to “explore contemporary discourse through a series of exhibitions and open discussions.” But protesters hitting the street clearly don’t think much of the gallery’s intentions. 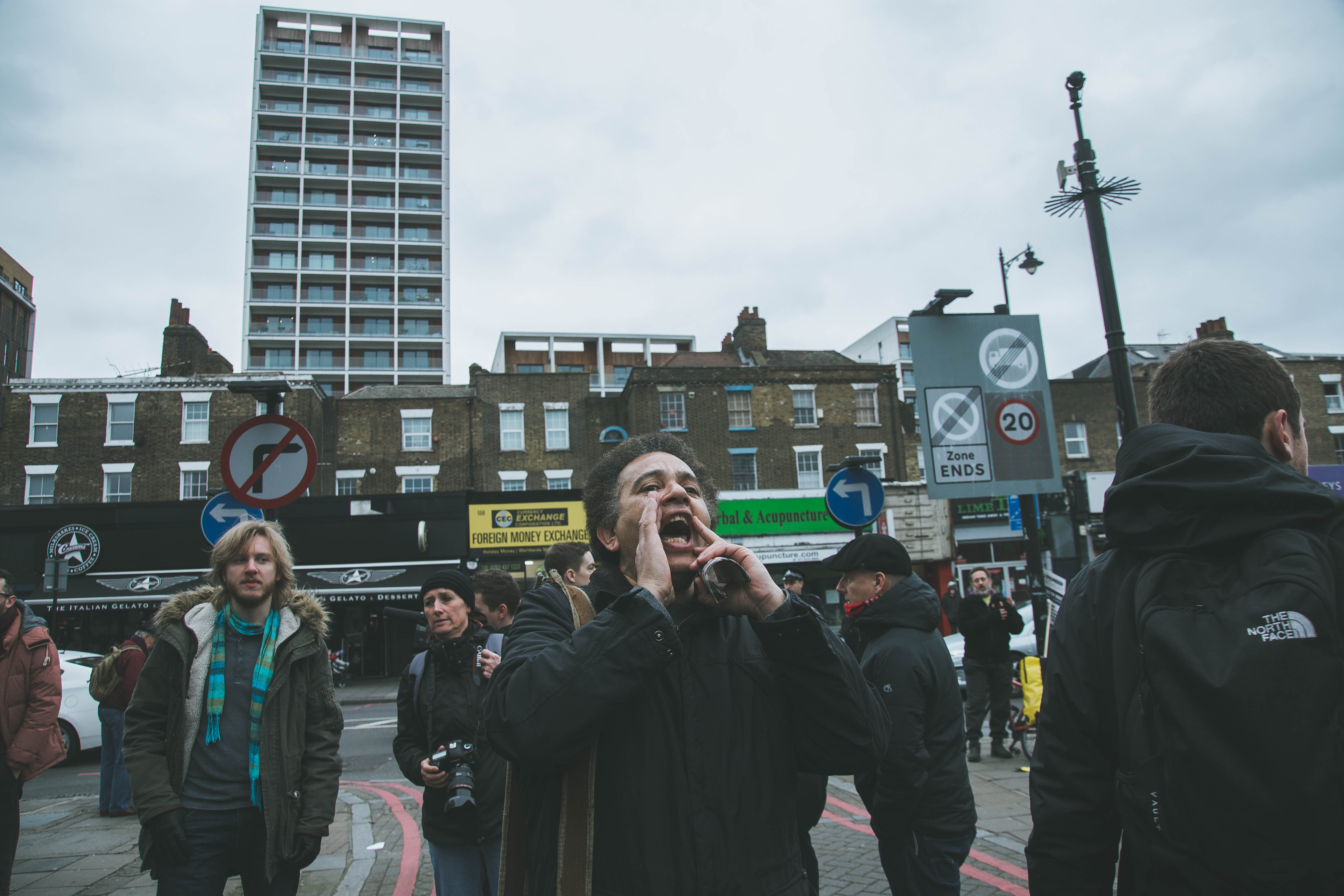 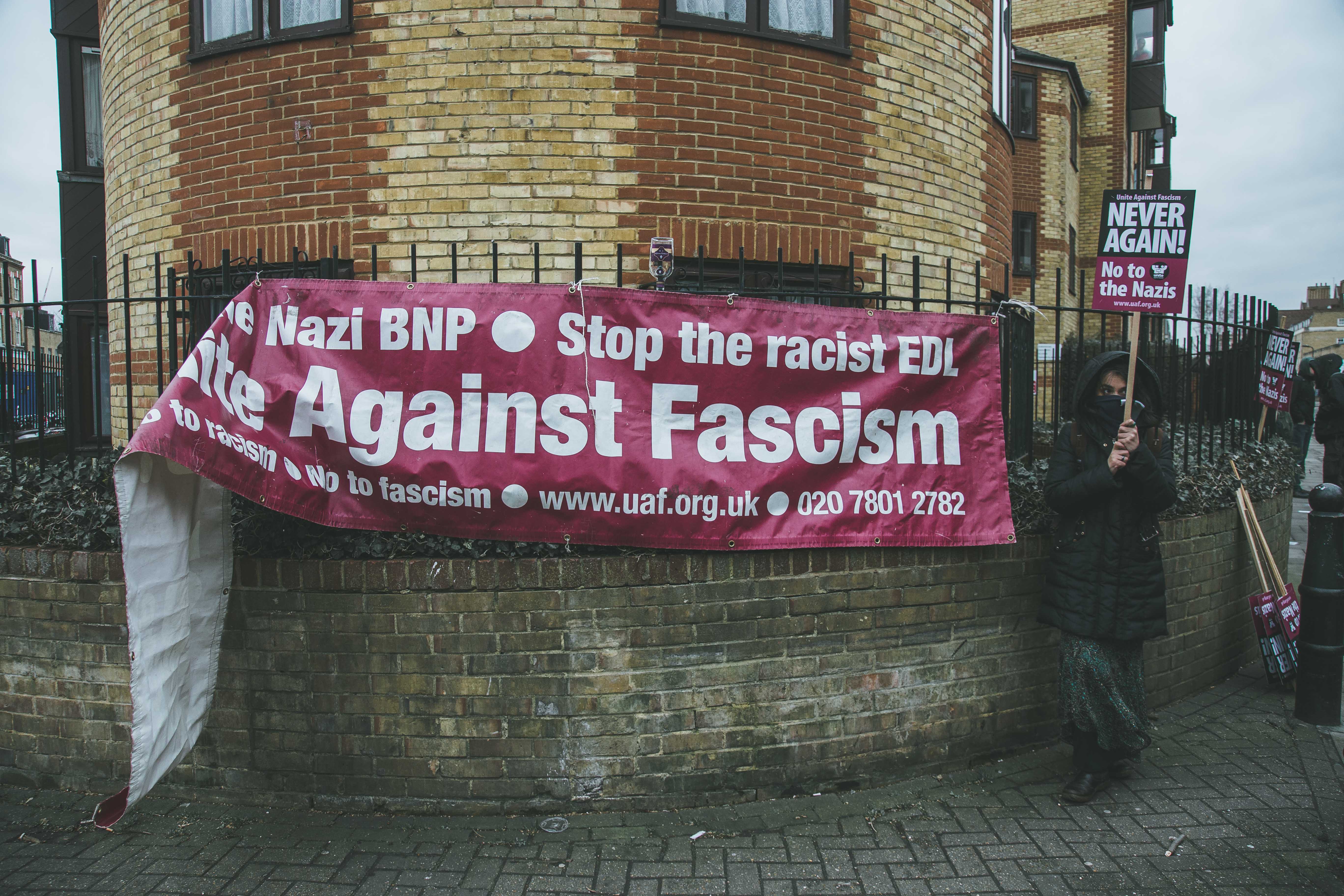 “We don’t want to give a platform for fascists or Nazis,” says Jenny, a local resident for 30 years who’s brought her daughter along for the demonstration. “It’s a multicultural, multiracial, diverse borough… you’re free to be whatever you want in Hackney and everyone lives peacefully [here] whether you’re Jewish, whether you’re gay, whether you’re Muslim”.

“When we start giving a platform to fascists, we fail to protect our community.”

The strong turnout today feels like a hopeful sign in worrying times, according to Claire, who’s also a local. “[Racists] are trying to get a foothold,” she says. “The positive side is that I’m seeing more and more resistance to that. There’s been quite a lot of apathy, I think, about local politics… people are realising they need to stand up.” 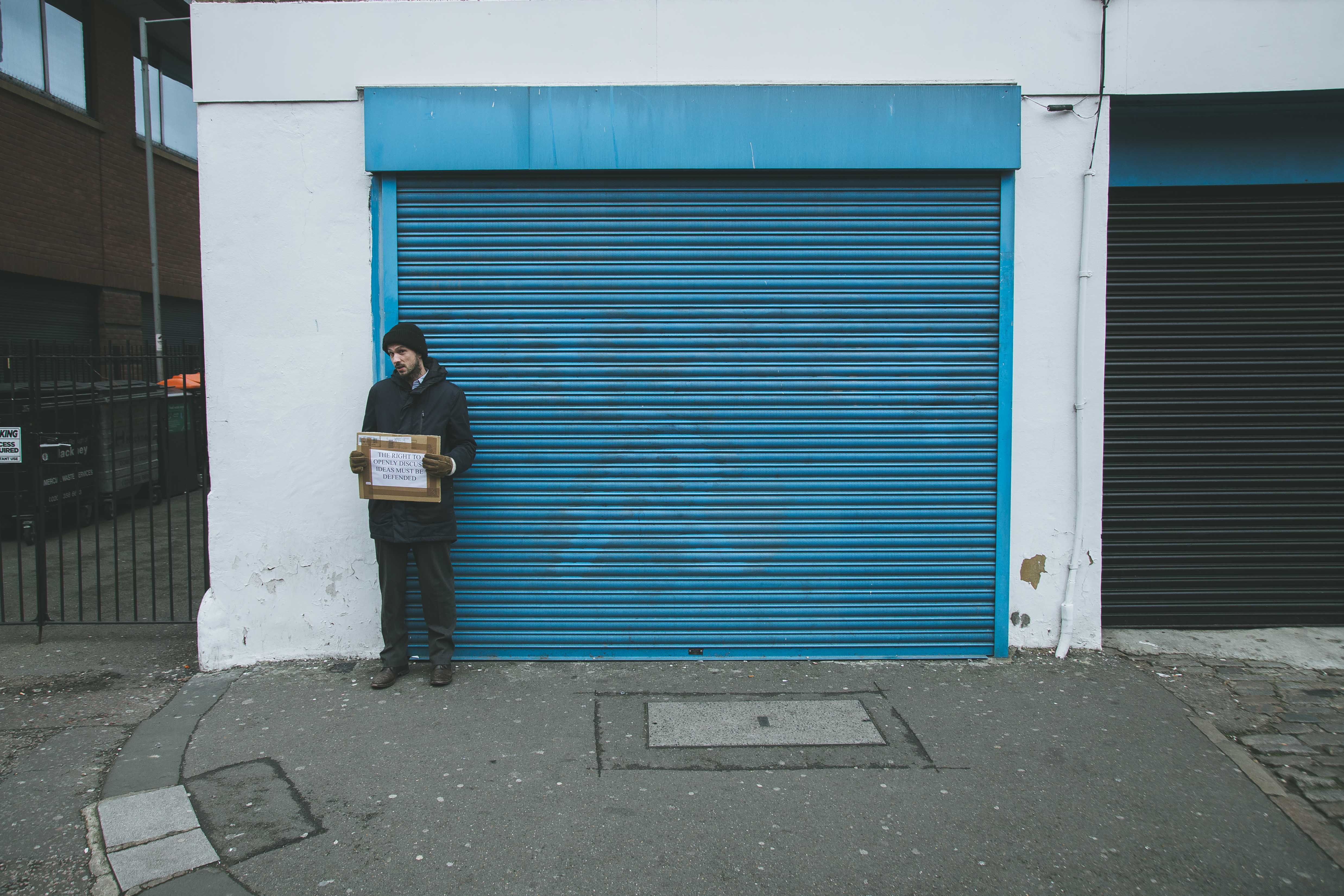 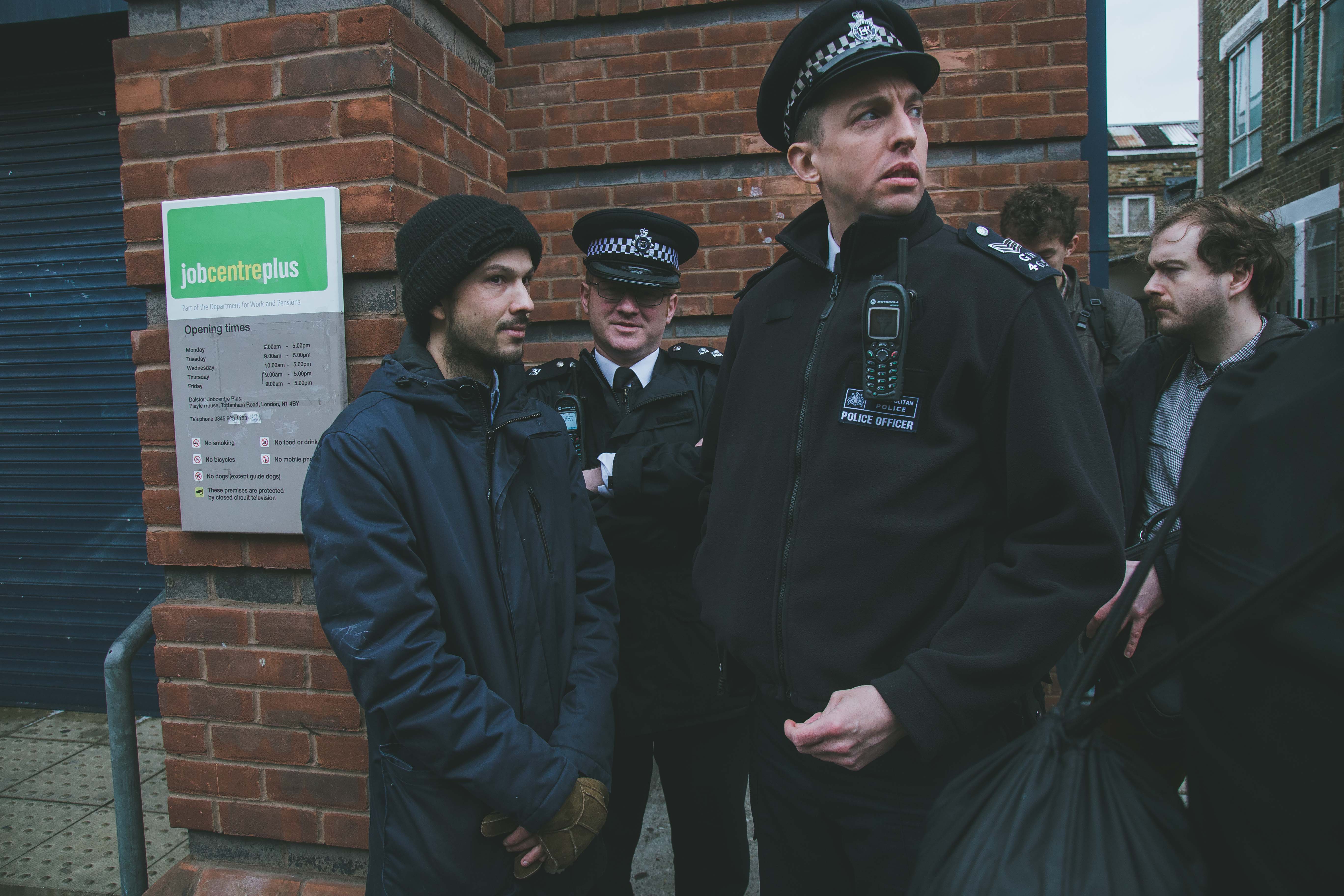 Standing between the gallery, which is wisely closed for the occasion, and a crowd of around 200 people is writer and former Hackney dweller JC Miller. Against polite questioning and less polite hectoring, he’s calling for debate rather than protest:

“We have to remember how, as a society, we can tolerate listening to people whose ideas we don’t agree with, whose ideas we even find repulsive,” he explains. “And I think we have to challenge these ideas intellectually and morally.” 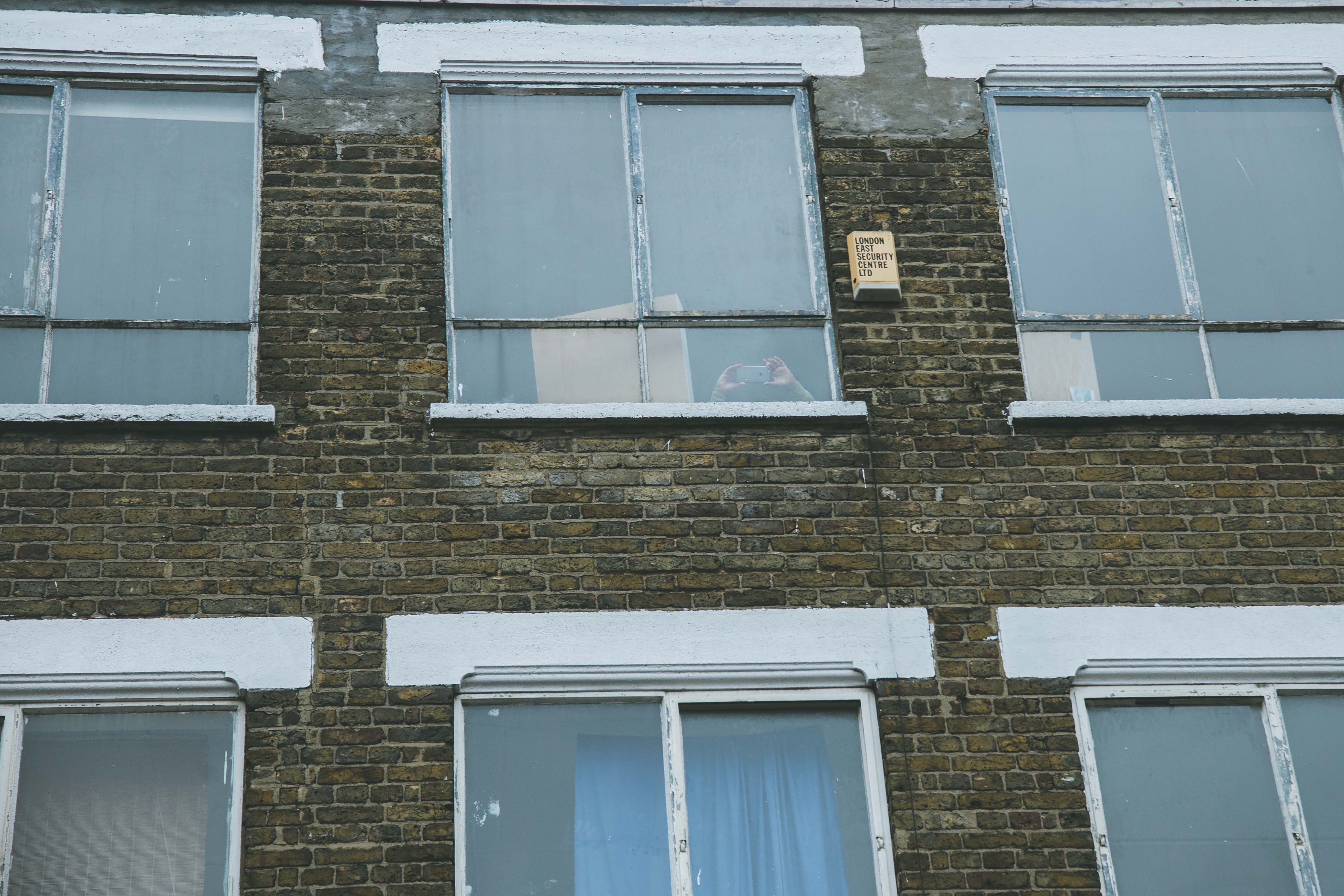 Miller denies any support for white supremacists, but came along after seeing the protest on Facebook. His liberal pleas get a rough welcome, though, and are soon drowned out by more chanting.

“If you look at the speakers they’re inviting, there’s no dialogue to be had,” says Brian, observing the one man counter-protest from a distance. “You can’t have dialogue with people who don’t believe others are equal.” 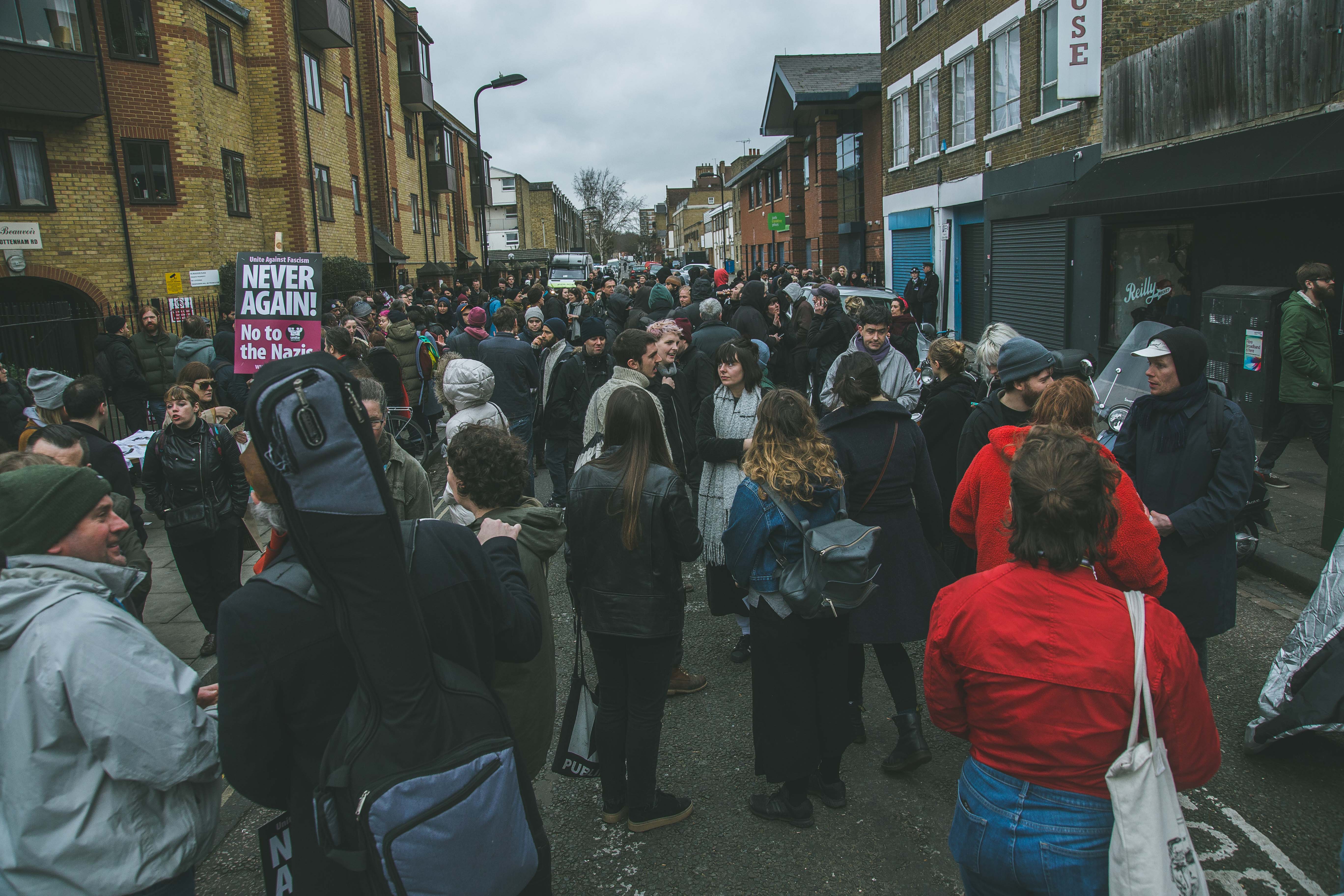 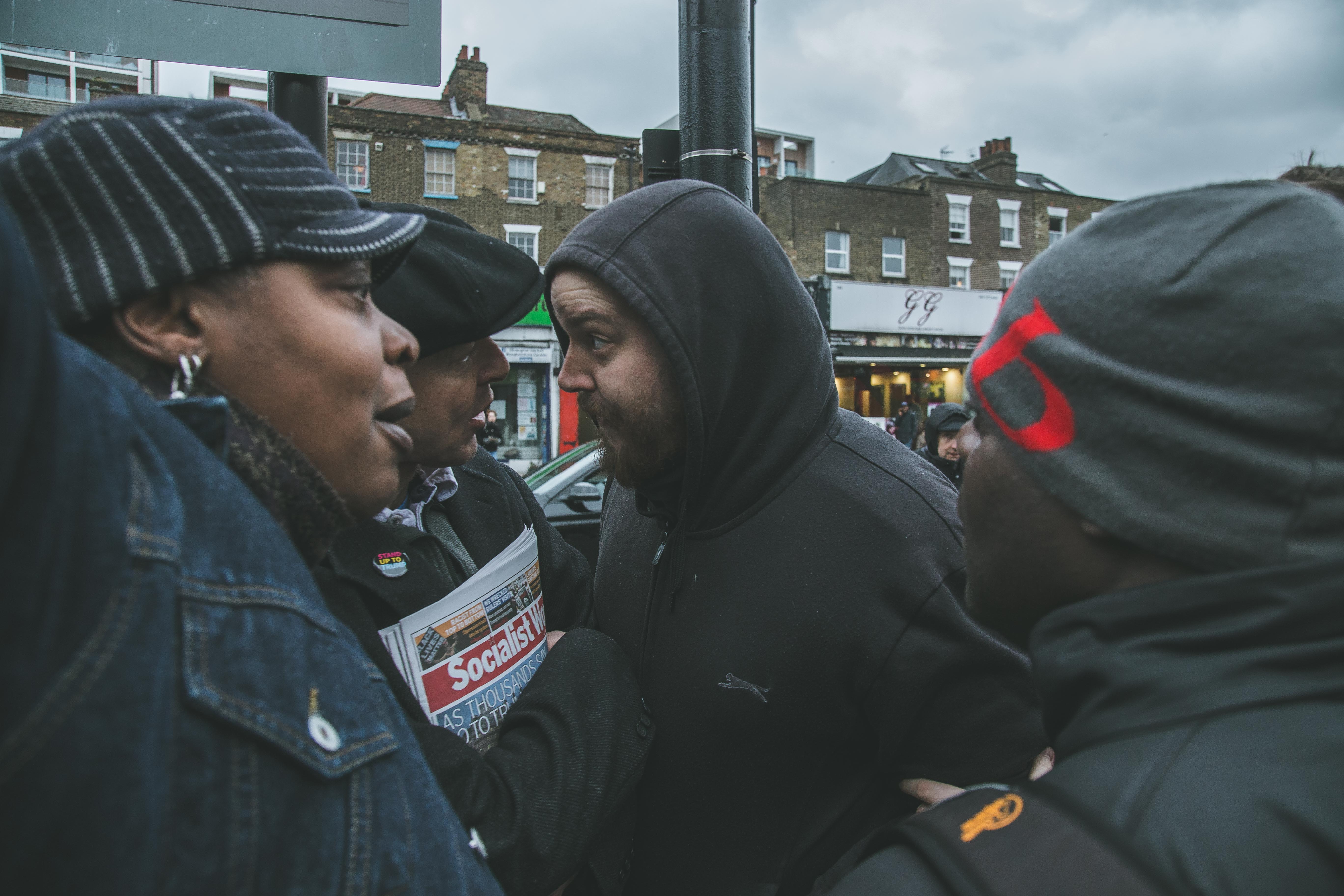 Over the course of an hour, more join the fray to show their solidarity – including an elderly neighbour passing around cans of ginger beer while reminiscing on her own youthful activism.

The future of LD50 remains in doubt – the owner tells Huck it will remain closed until further notice. “I don’t know what is going to happen… it’s all up in the air,” says Diego.

But as protesters leave the gallery and march down the busy thoroughfare of Kingsland Road, kind words from pedestrians and supportive beeps from traffic make one thing clear. This neighbourhood is no more accepting of the alt-right today than it was of Mosley’s blackshirts in the ’60s. 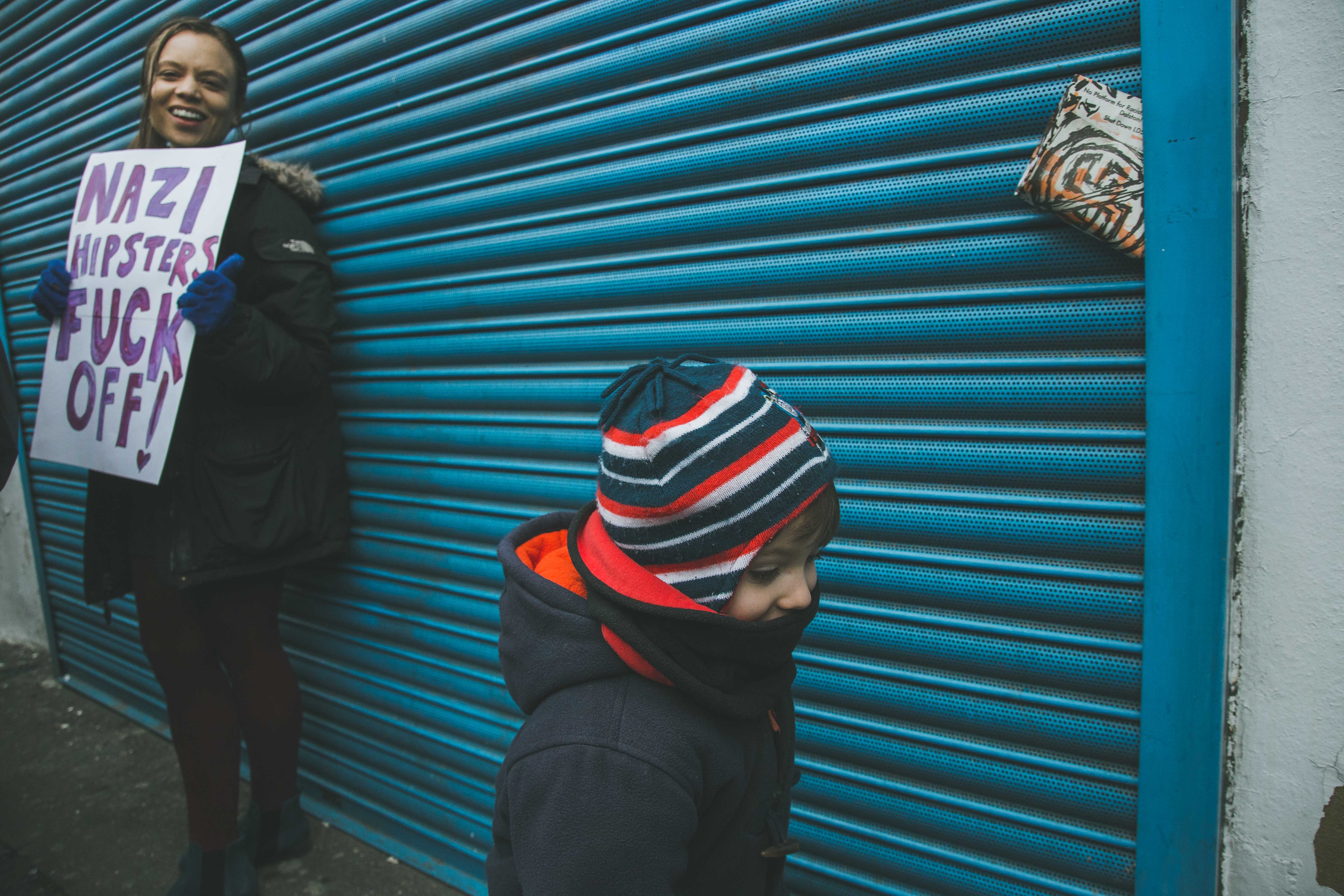 Fascism in the 21st century might try to be more ‘respectable’ but, in Dalston at least, that isn’t fooling anyone.

Linkedin
RELATED ARTICLES
OTHER ARTICLES
Following the release of their third album, the duo talk collaboration, family and connecting with the dead.
Over the weekend, the United Families & Friends Campaign organised a protest calling for an end to deaths at the hands of the police.
With the singer’s tour in full swing, we sat down the musical production company who made the electrifying show possible.
Amid soaring inflation, more families are having to turn to the kindness of strangers to shoulder the cost of dying.
Jamel Shabazz’s photos honour those who were lost and those who survived one of the most brutal eras in recent history.
After voting to strike across England, prison teachers explain why they’ve been pushed to a breaking point.