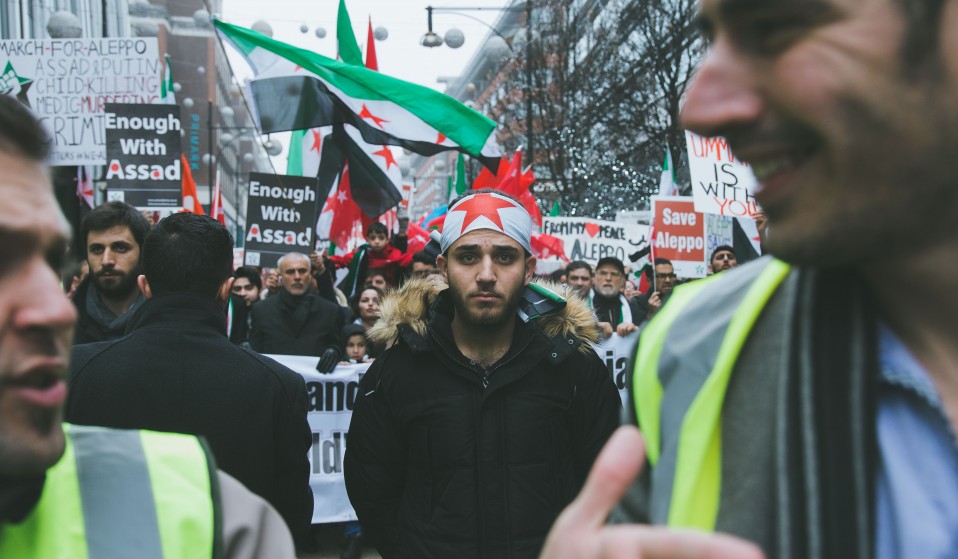 Central London comes to a standstill as protestors call on the British government to help the Syrian people suffering in the devastated city of Aleppo.

Central London comes to a standstill as protestors called on the British government to take immediate action to help the Syrian people suffering brutality in the devastated city of Aleppo.

At first glance, the gathering of people at Marble Arch in the December fog could have been mistaken for a logjam of Christmas shoppers. But as the Syrian and Turkish flags and placards alien to your typical Oxford Street Saturday afternoon came into focus, and the chants of ‘While you’re shopping, bombs are dropping’ and ‘Down with Assad’ hit your ears, the reality soon became clear.

Marching from Marble Arch to Downing Street hundreds of protestors called on the British government and the international community to take action to help the civilians who remain in Syria’s eastern capital city of Aleppo. Yesterday’s crowd which included mainly Syrians, Turks and Iranians, as well as British supporters, was friendly and harmonious, but united in its determination to have its voice heard. 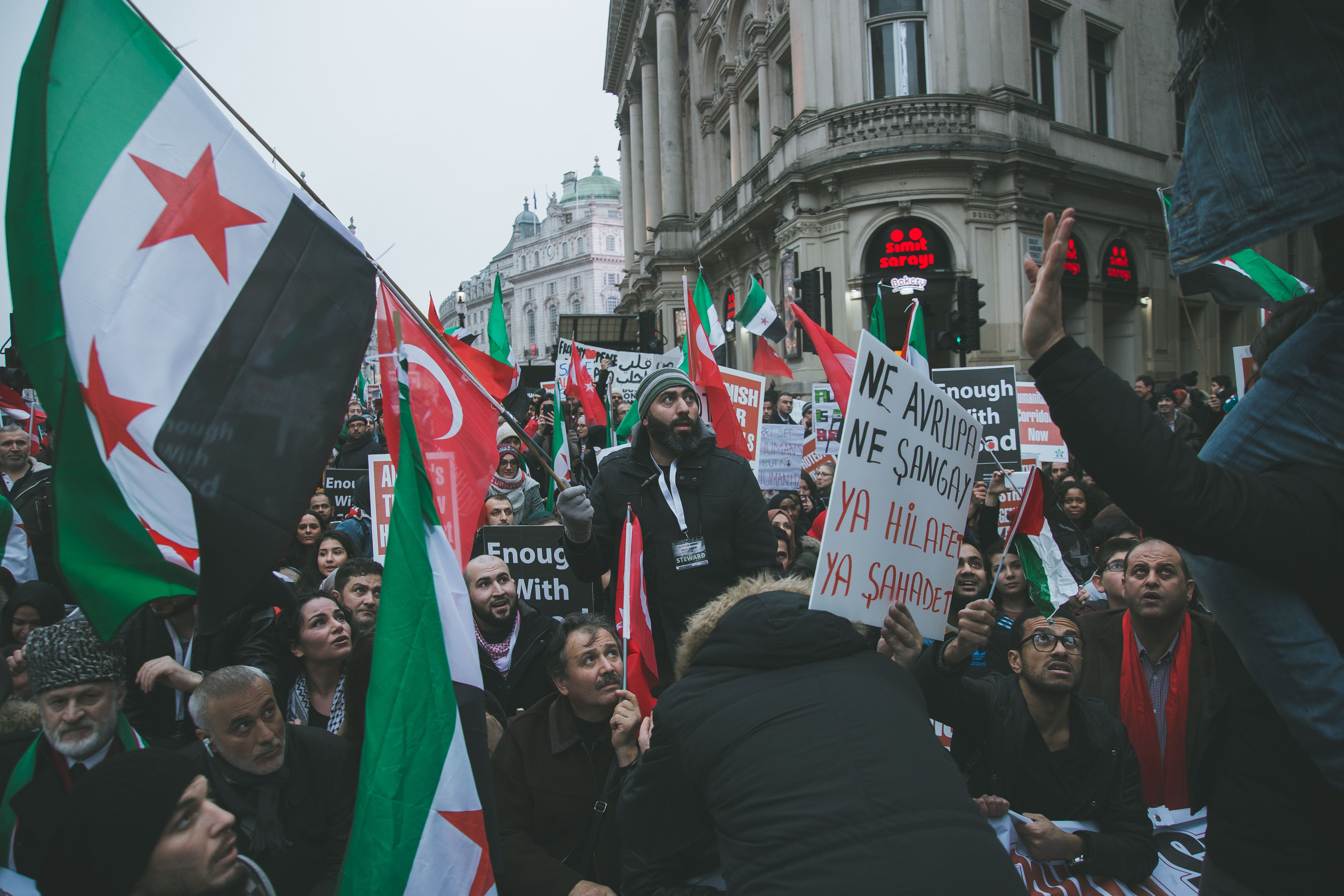 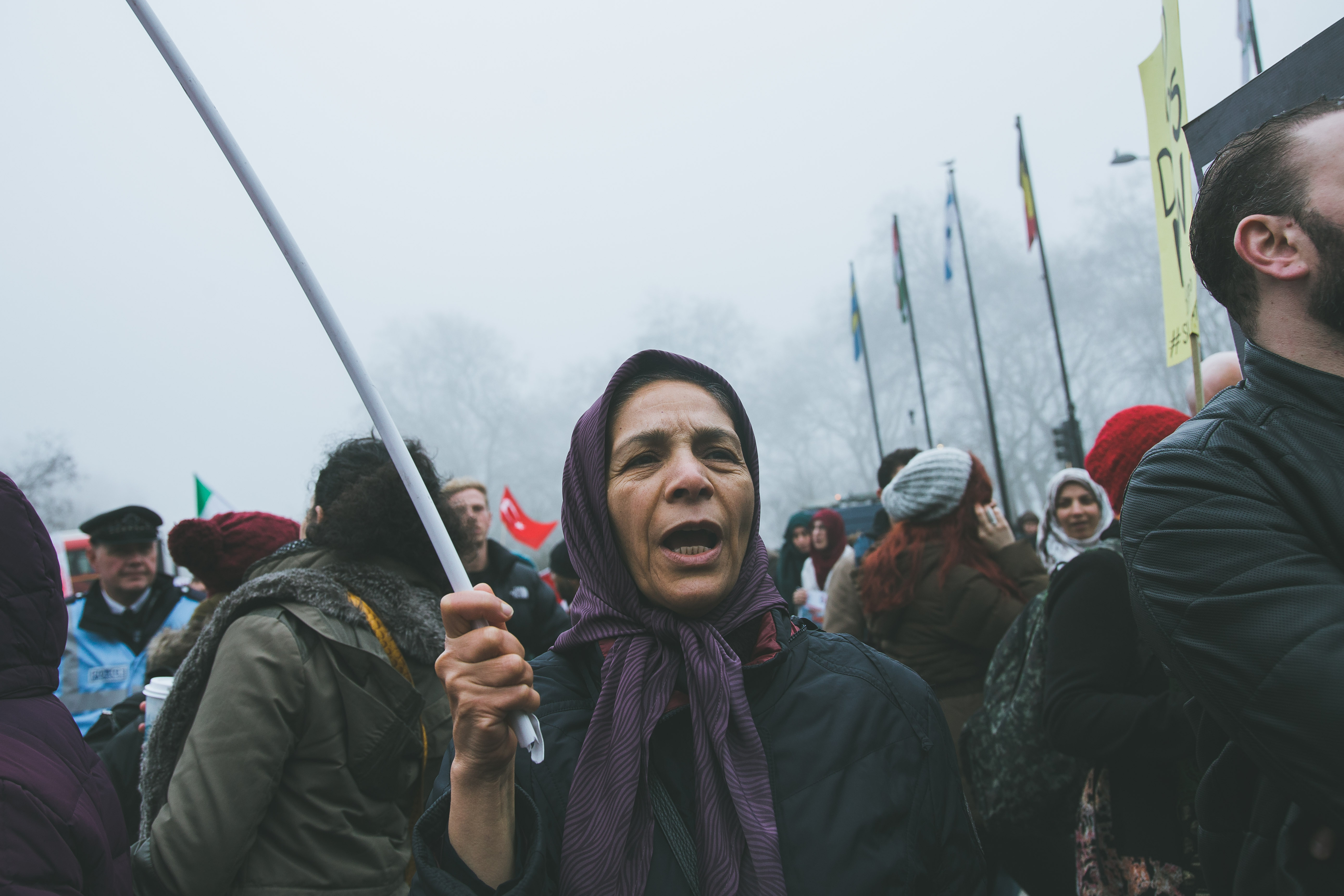 Yussuf, a Syrian refugee who has just arrived in the UK, spent months living in the Jungle of Calais before he managed to reach the UK in a lorry. He has now been granted asylum. “I have just arrived from Damascus. I came by lorry. The British government need to stop the war,” Yussuf says, in slow, considered English. 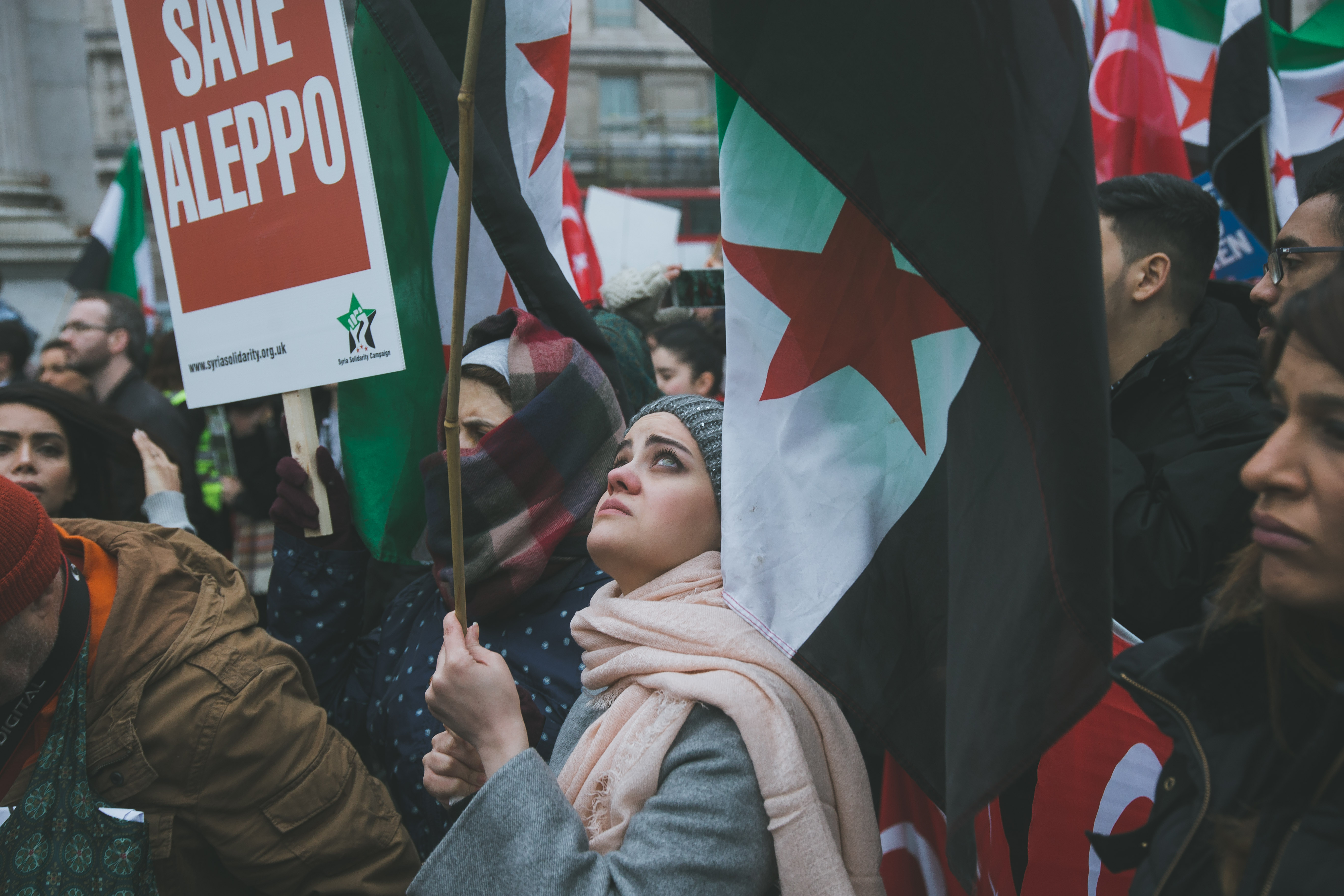 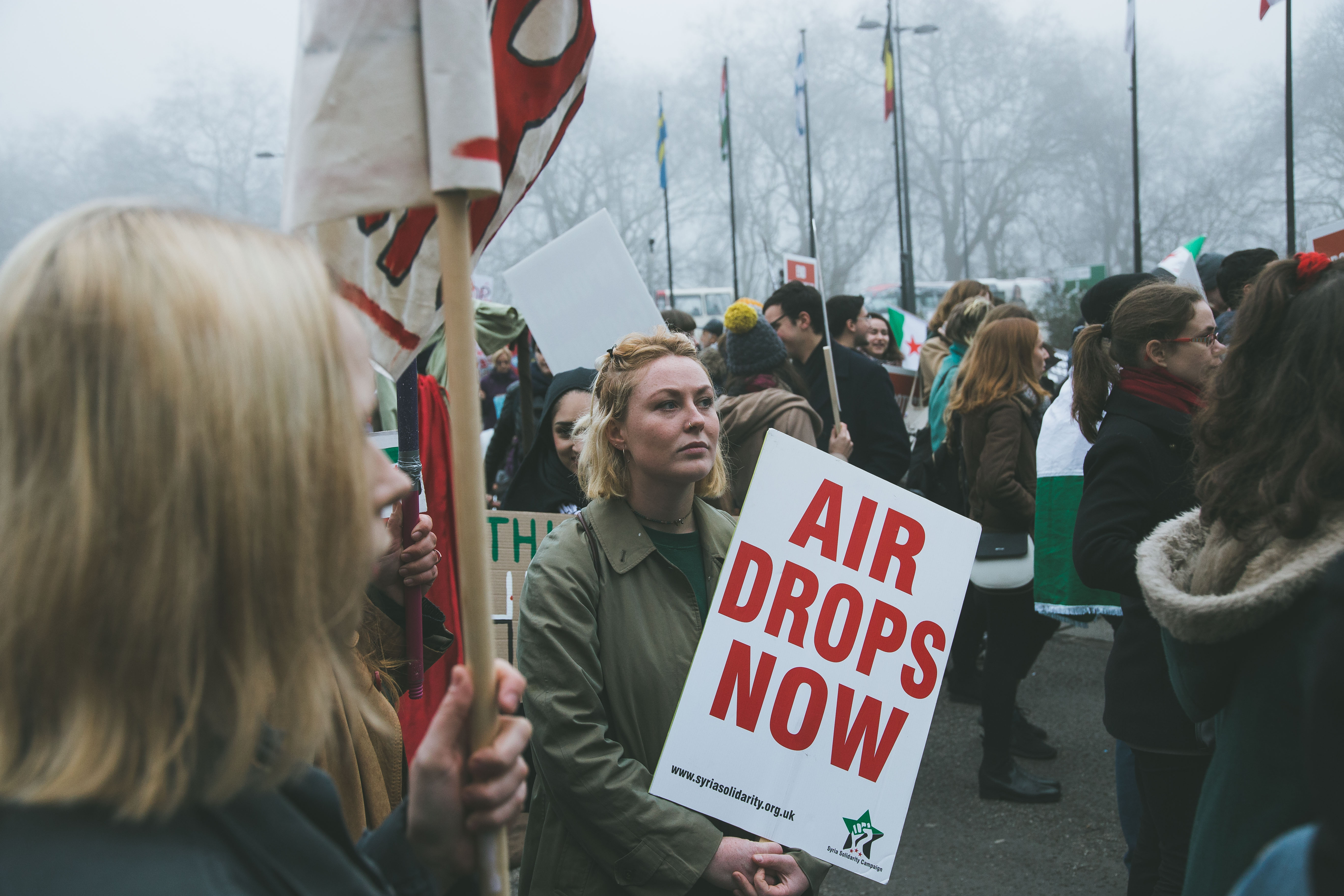 His British friend Nola met Yussuf when she was volunteering in Calais. “[Yussuf] is one of the lucky ones – his family are still in Syria,” she tells me. “The government keeps failing them, and the more we keep talking about Trump and Brexit, the more we neglect the people of Syria who need our help.” 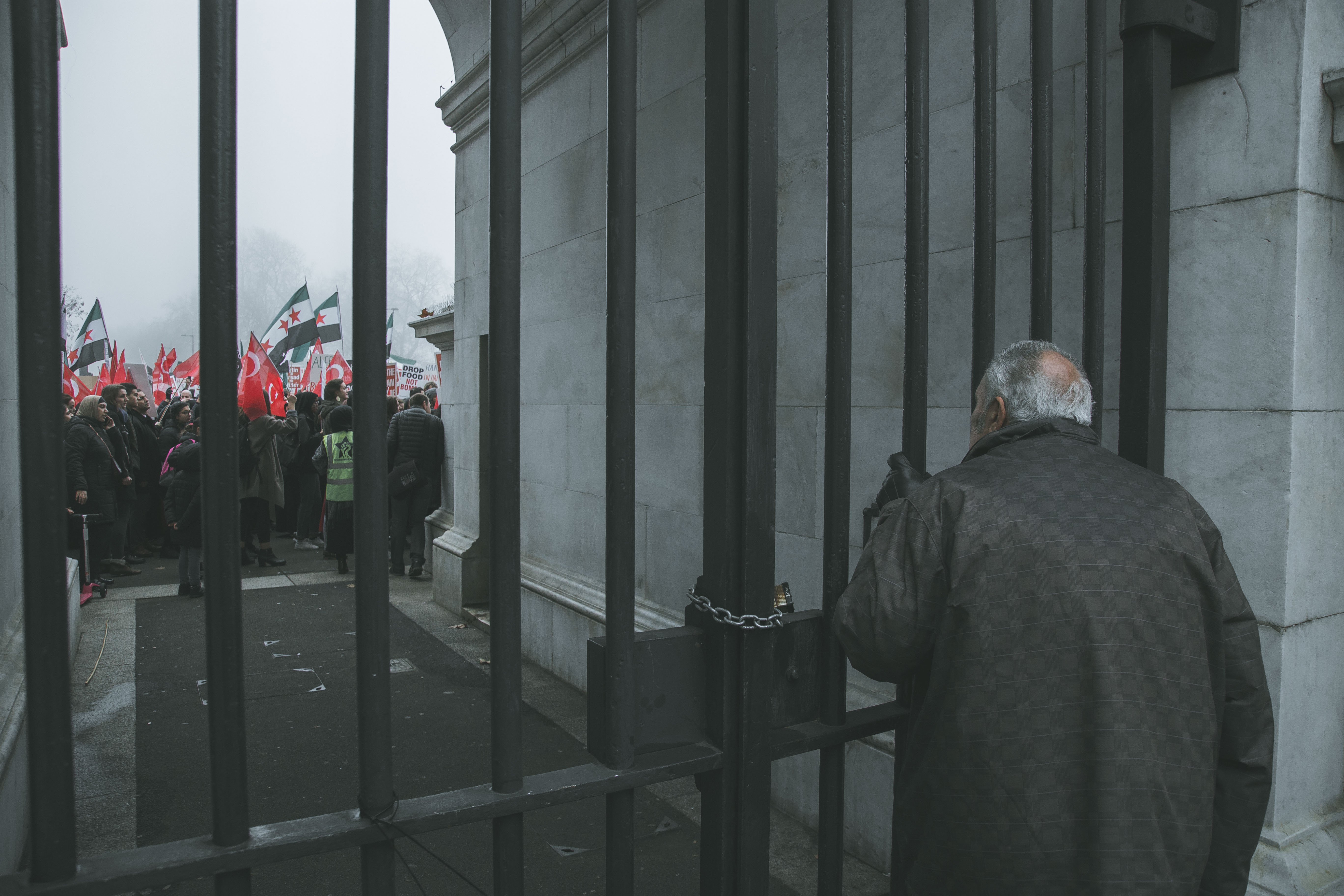 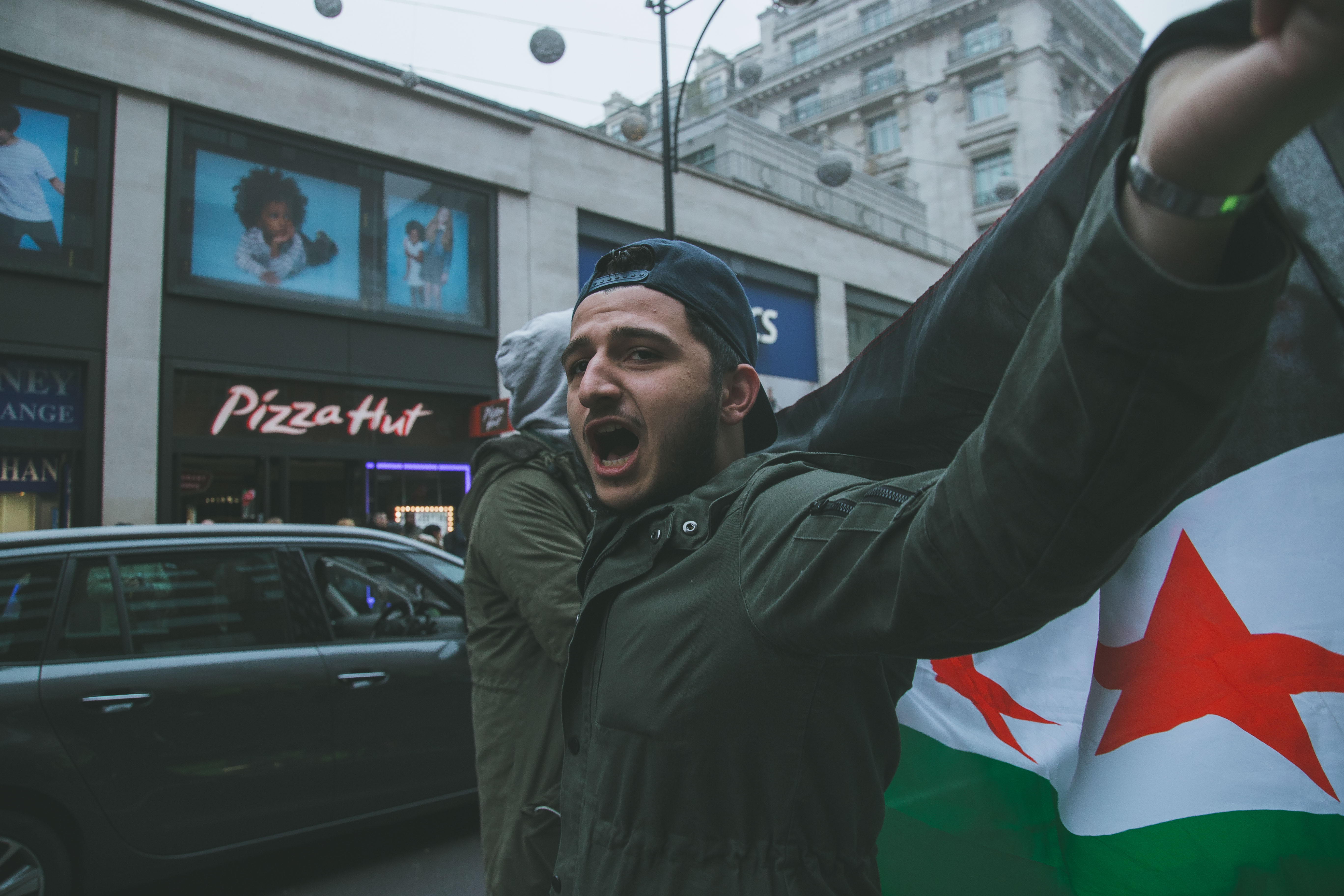 Sawsan Abou Zainedin, a Syrian who has been living in the UK for two years, has friends who are trapped in the city of Aleppo. “We know politicians are holding urgent meetings to discuss the situation, but as our friends in Aleppo who are tweeting, time is blood. Days for [politicians] are just days of bureaucracy, but for us they are days of losing friends,” she tells me. “Here we are in a country where our voices can be heard so I believe that we can put pressure on the government to make urgent actions for this.” 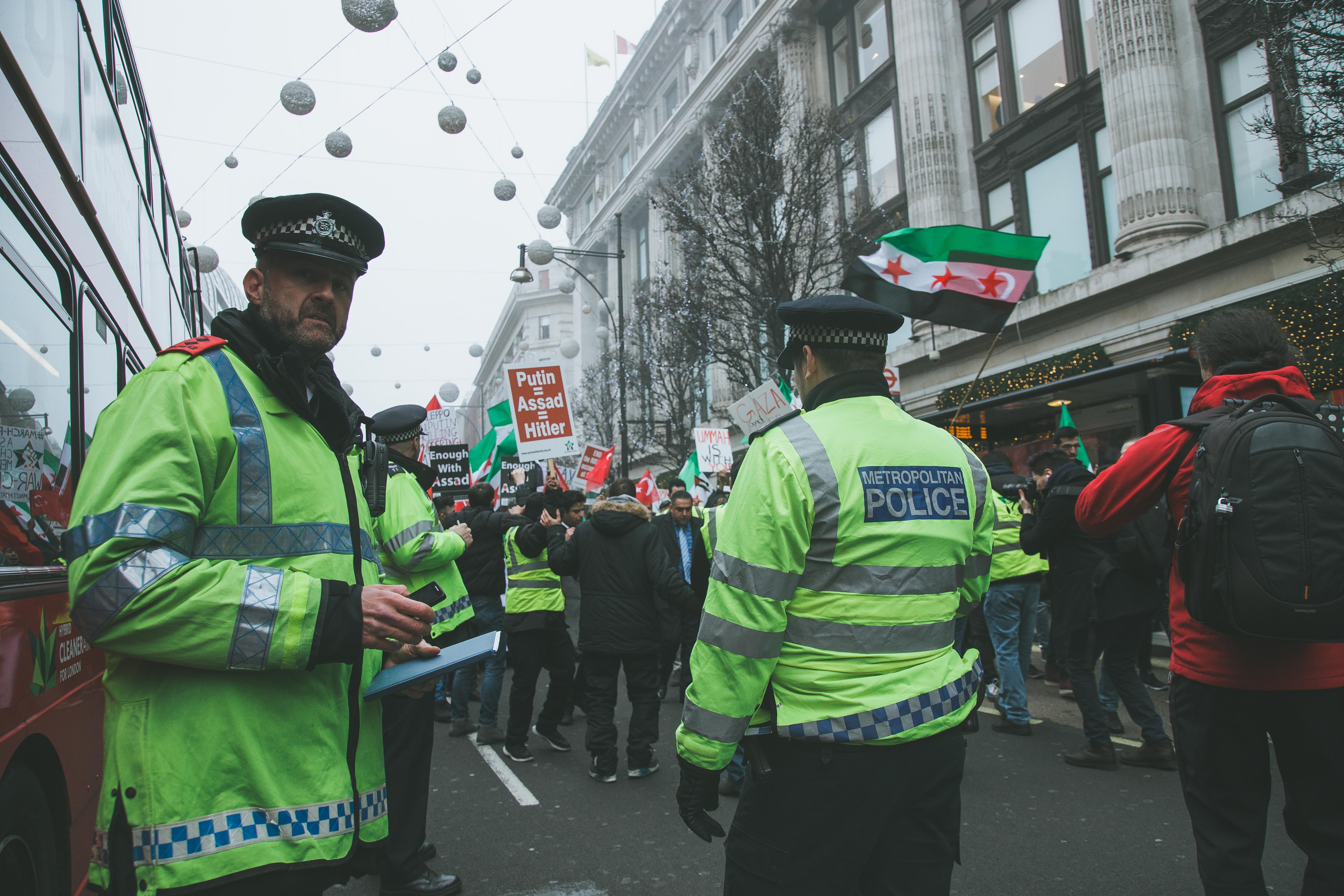 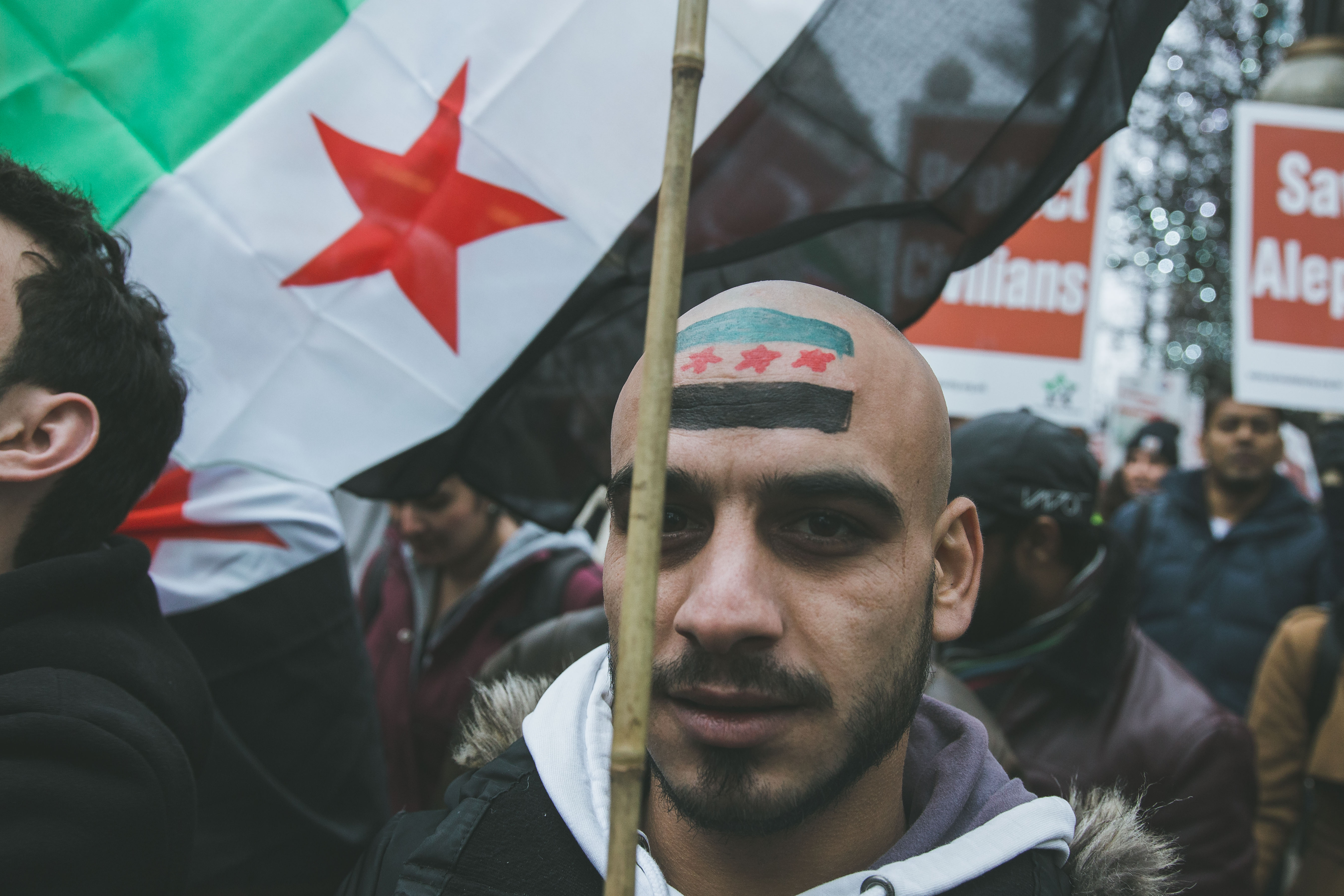 Sawsan was accompanied by her friend Francesco Spezzano. Italian-born, he has no personal connection to the Middle East or Syria, but he told me that everyone should feel comfortable to speak out about the atrocities there. “We have to stand up to fight for the freedom and for the values we believe in. Everyone should do the same, our voices are just as important as everyone else,” Francesco says. 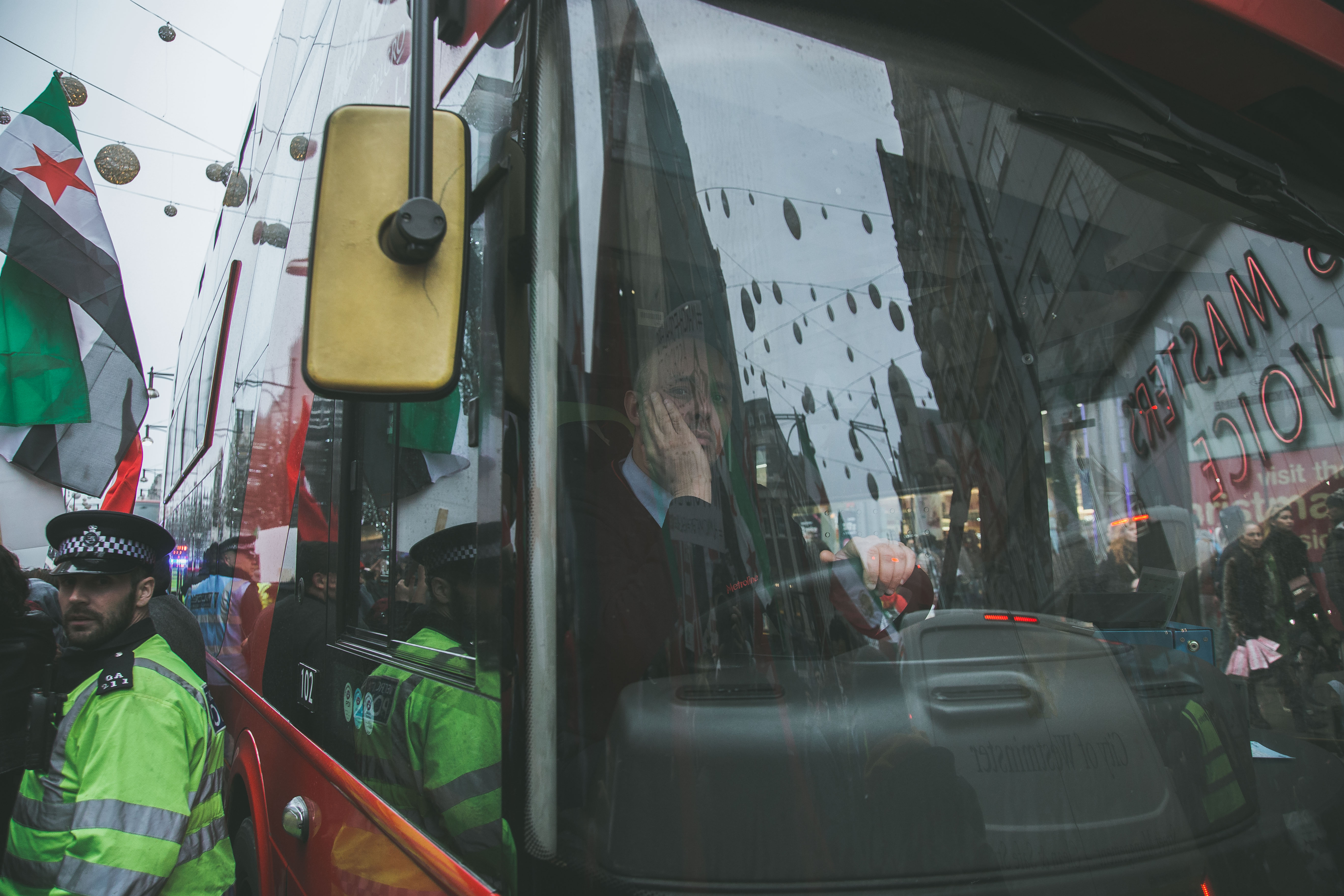 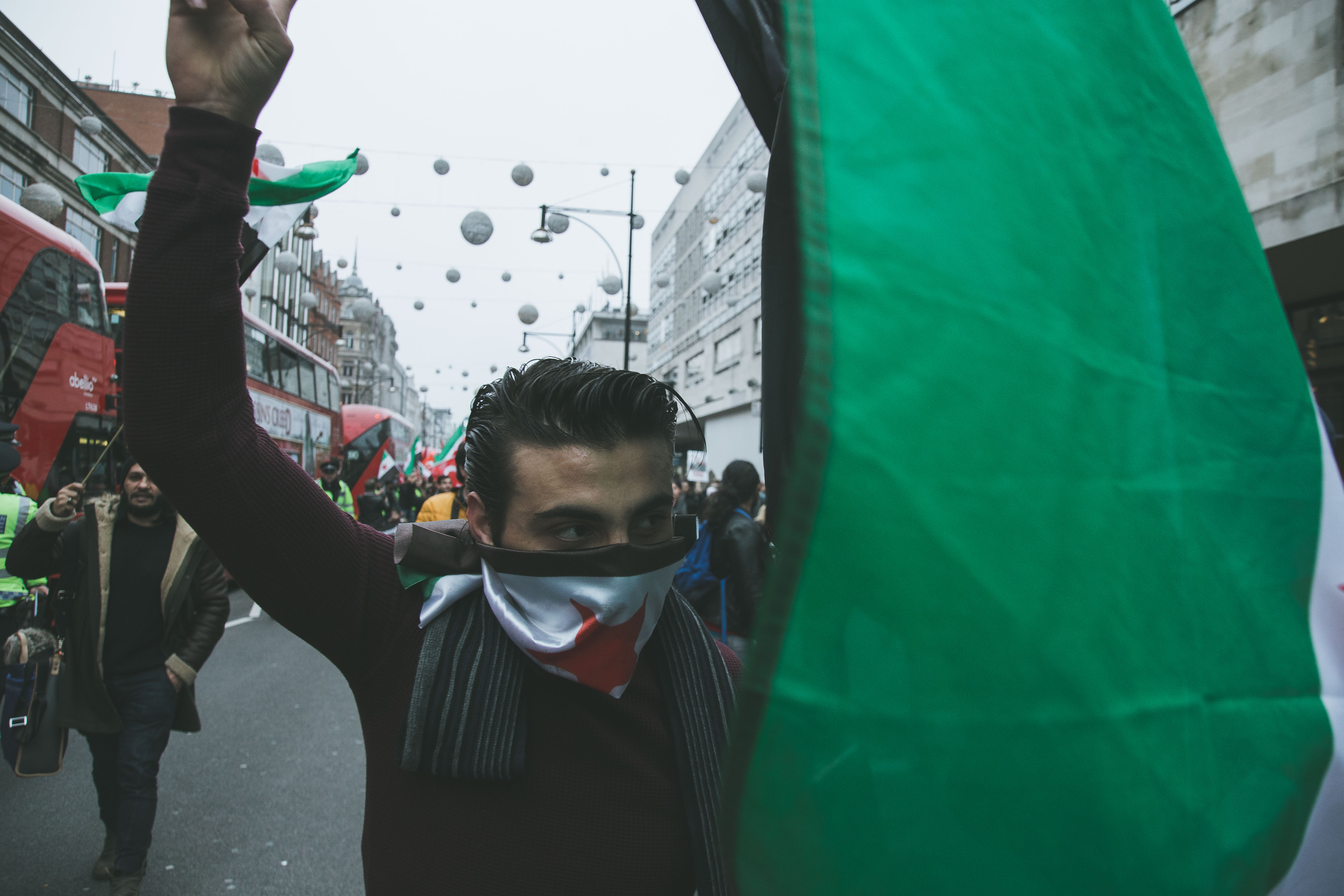 Merve Demir, a British-Turkish MA student at Kings College London, was angry at the international community for not supporting Syria as she believed it should. “Yesterday there was a meeting in the House of Commons on whether they should increase the emergency aid to Syrians – only 20 MPs turned up to it. But when there was a debate on whether they should extend the airstrikes into Syria the House of Commons was full,” Merve says. “It’s quite disappointing that they’re not showing the same effort now that Syria is being bombed. The EU and international community have broken their promise to give them the money and the aid that they said they would.” 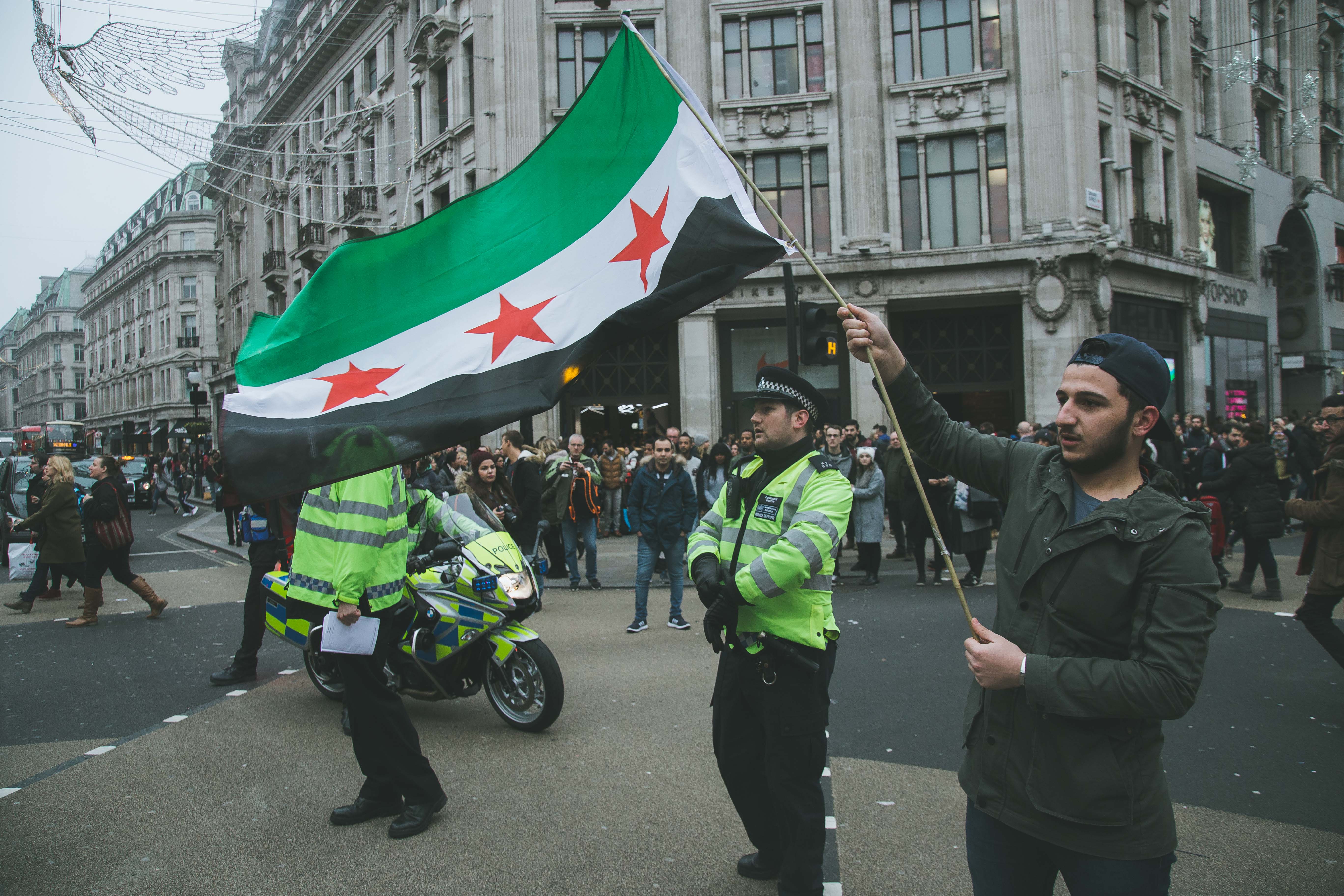 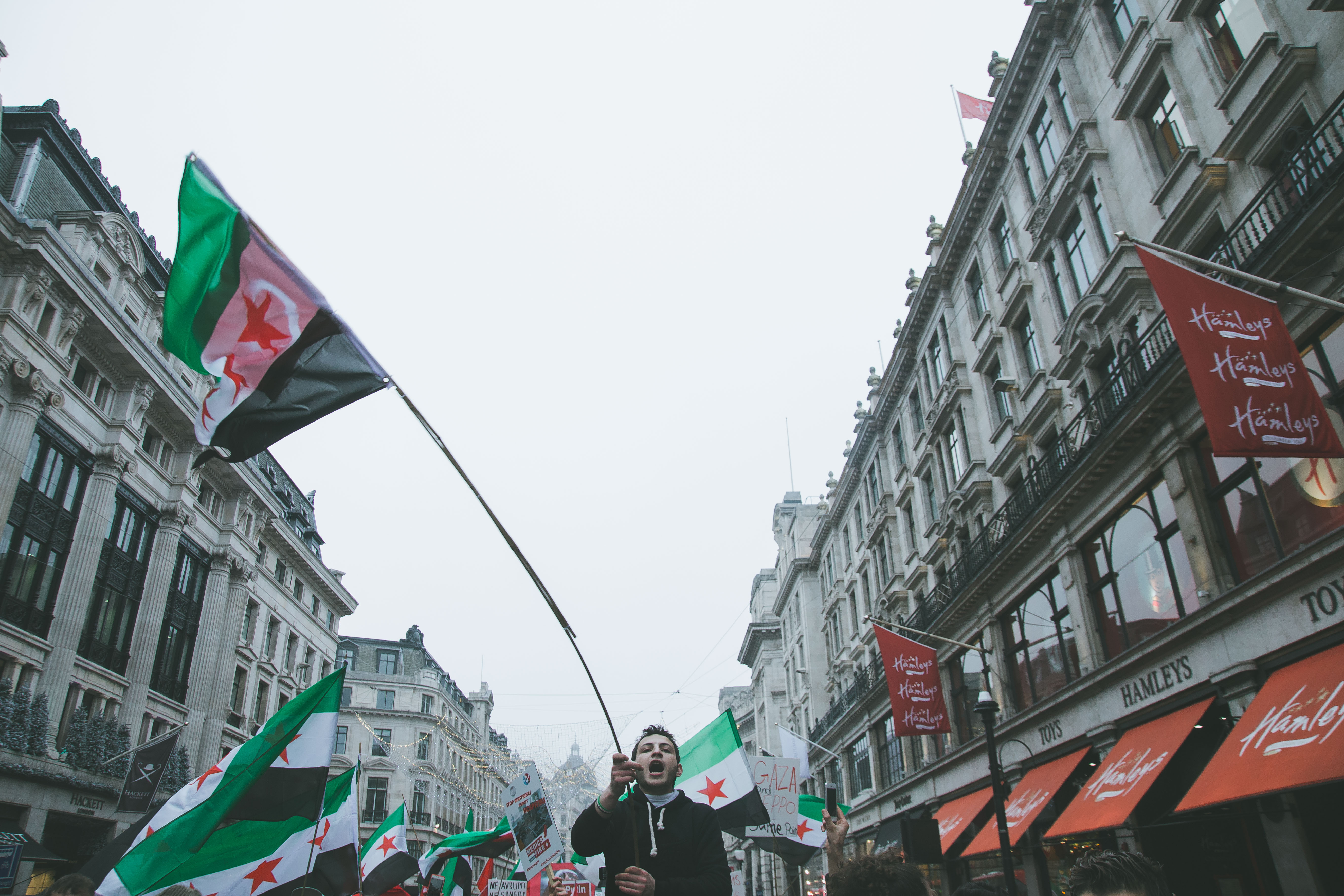 When I asked Lizzie, a British demonstrator, what the government should do she simply looked at her placard and repeated the words. “Air drops,” she says. “They need aid.” 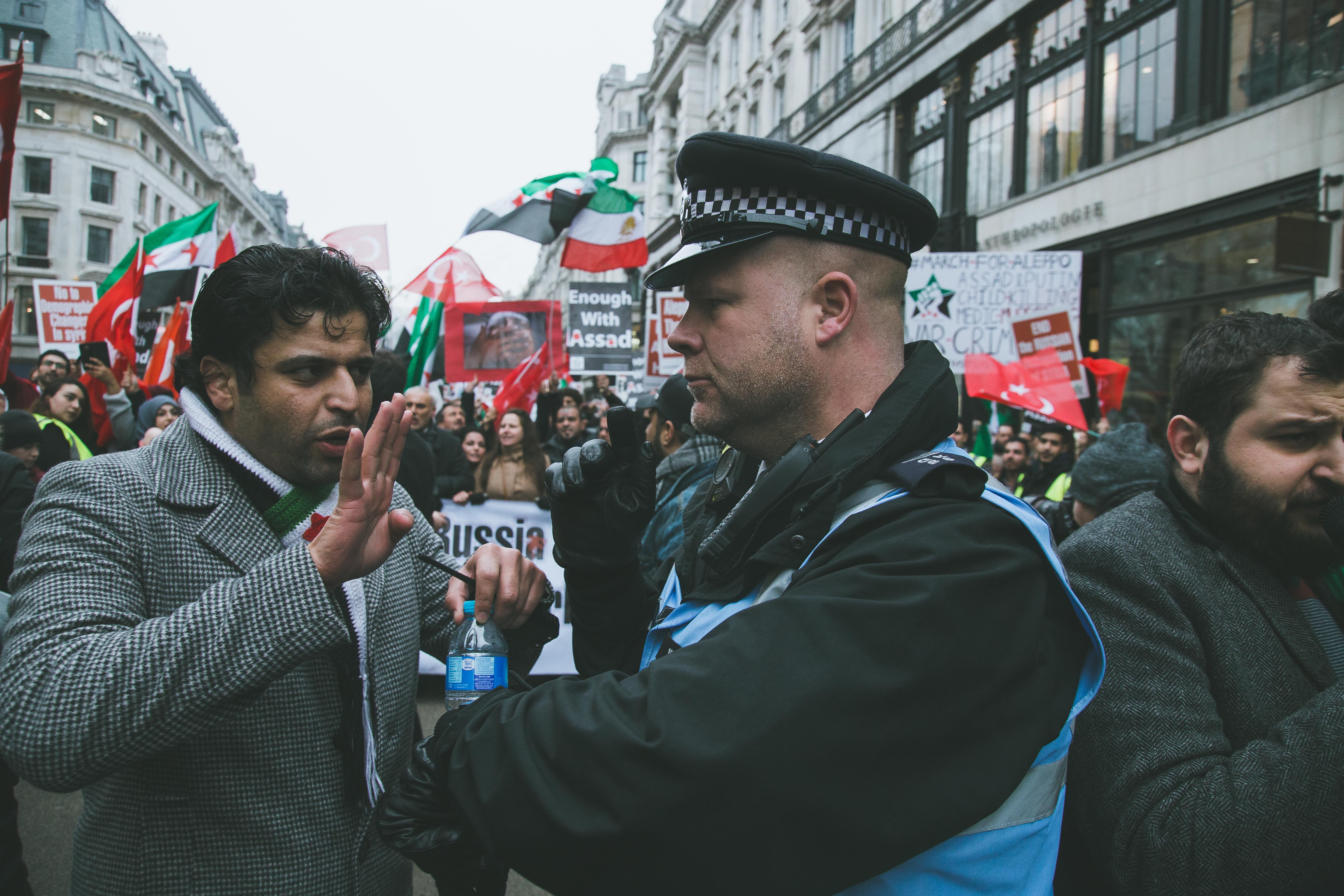 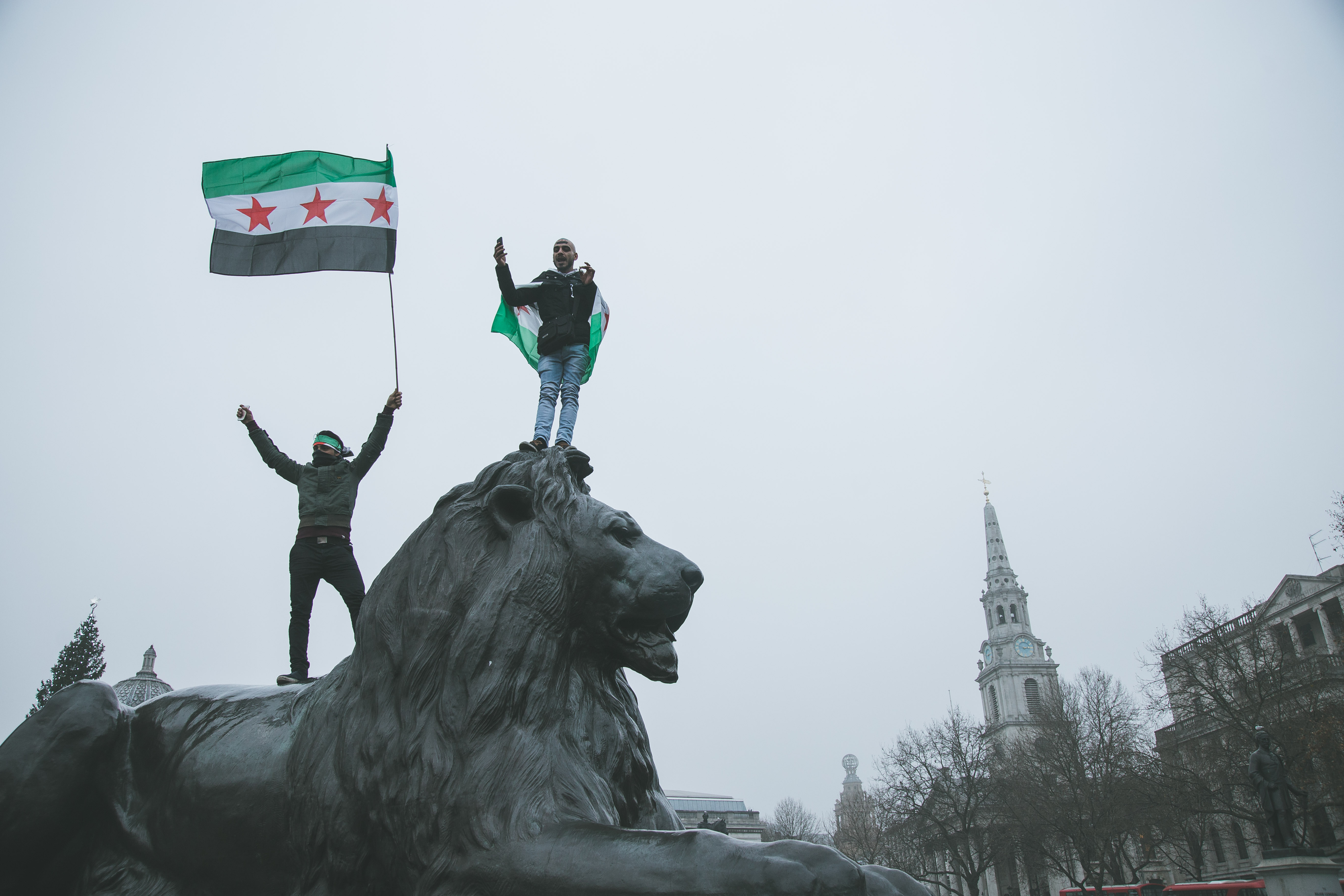 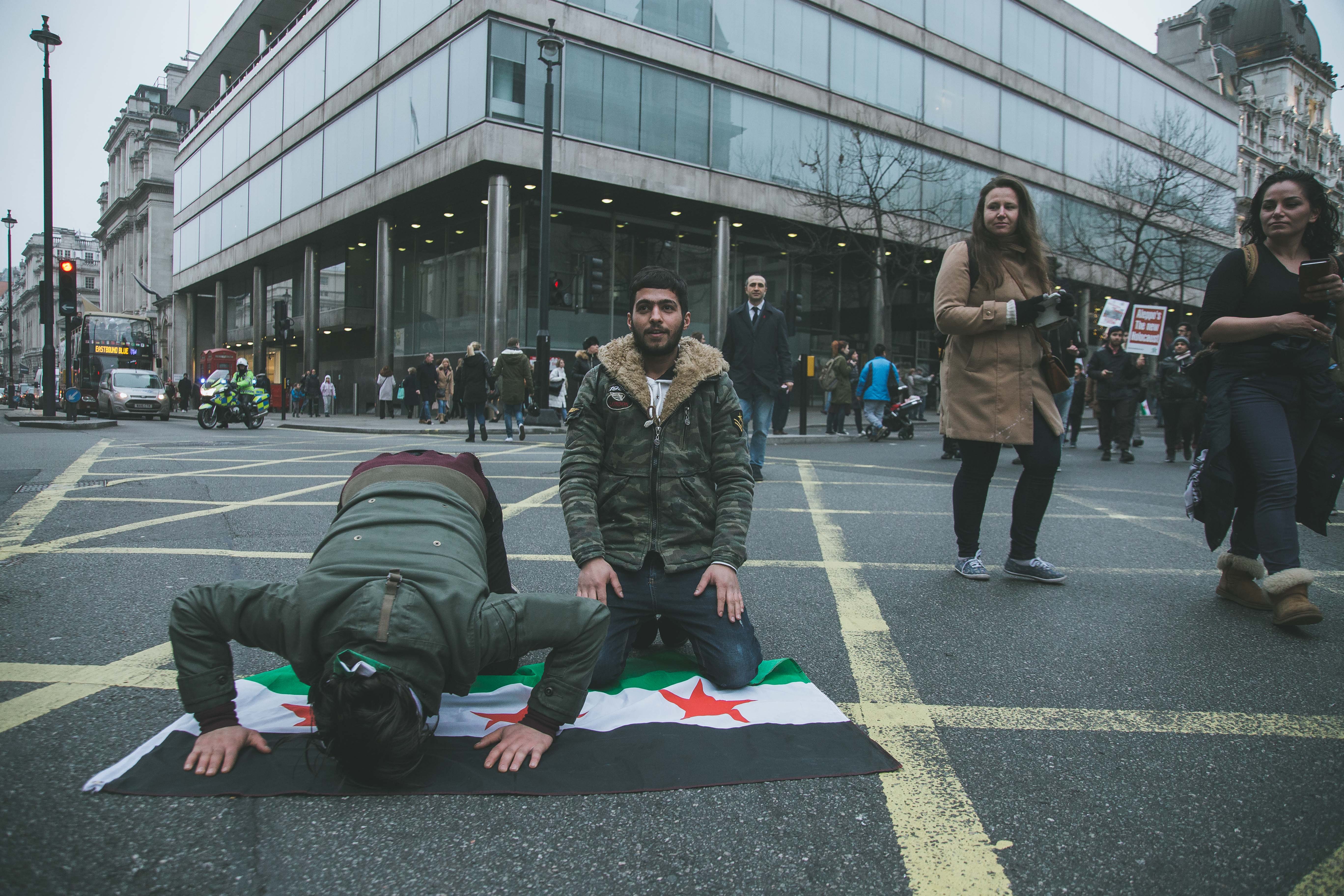 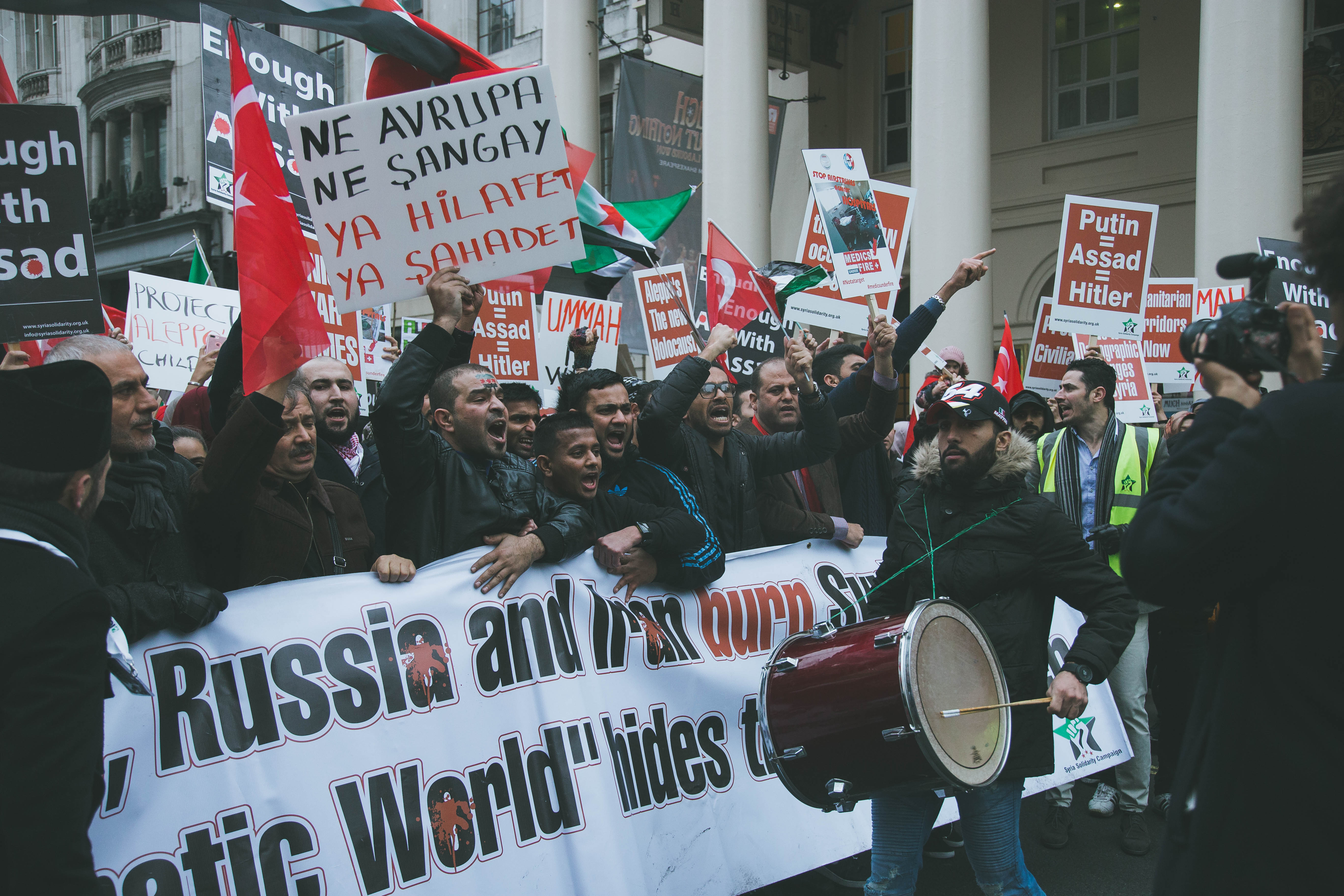 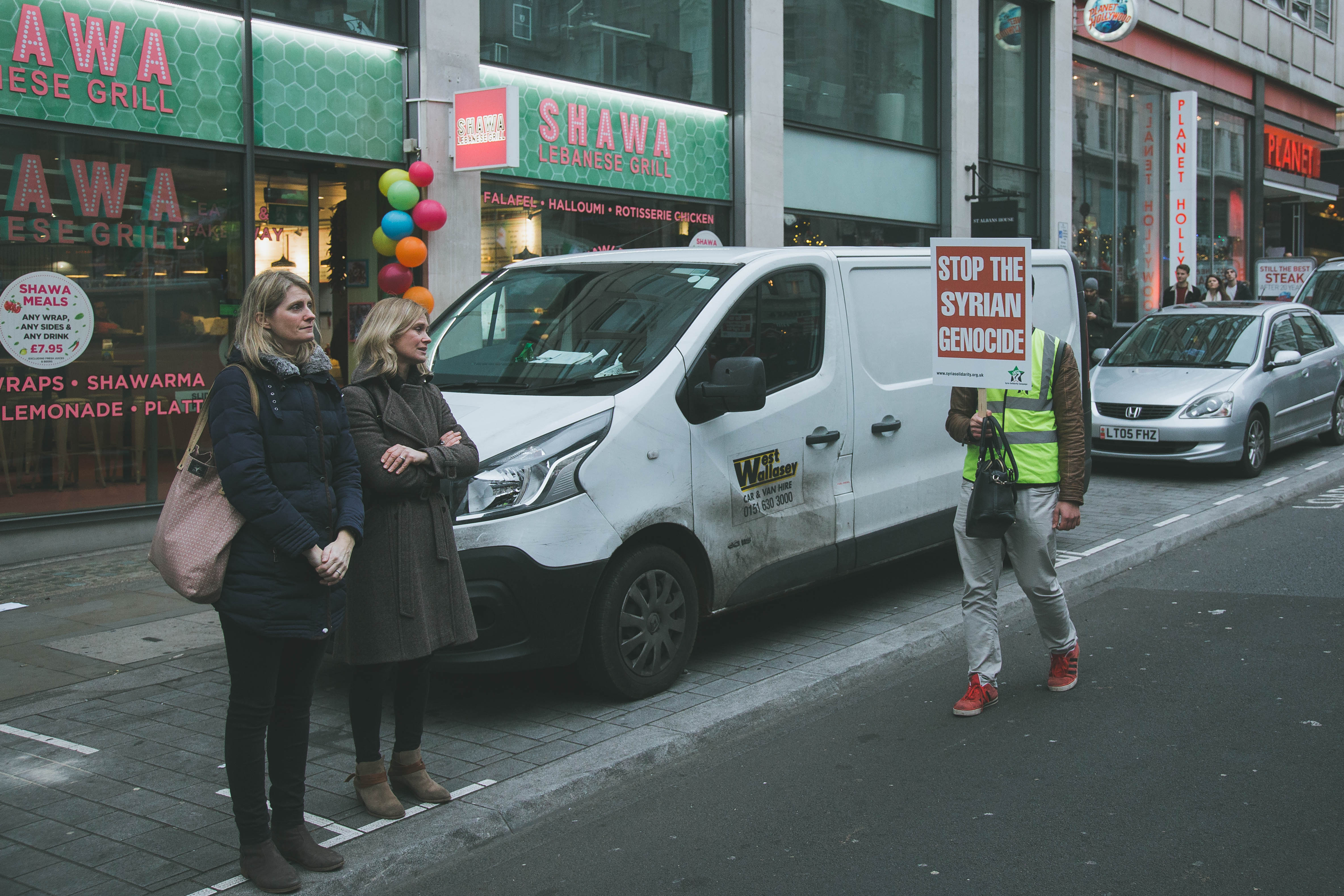 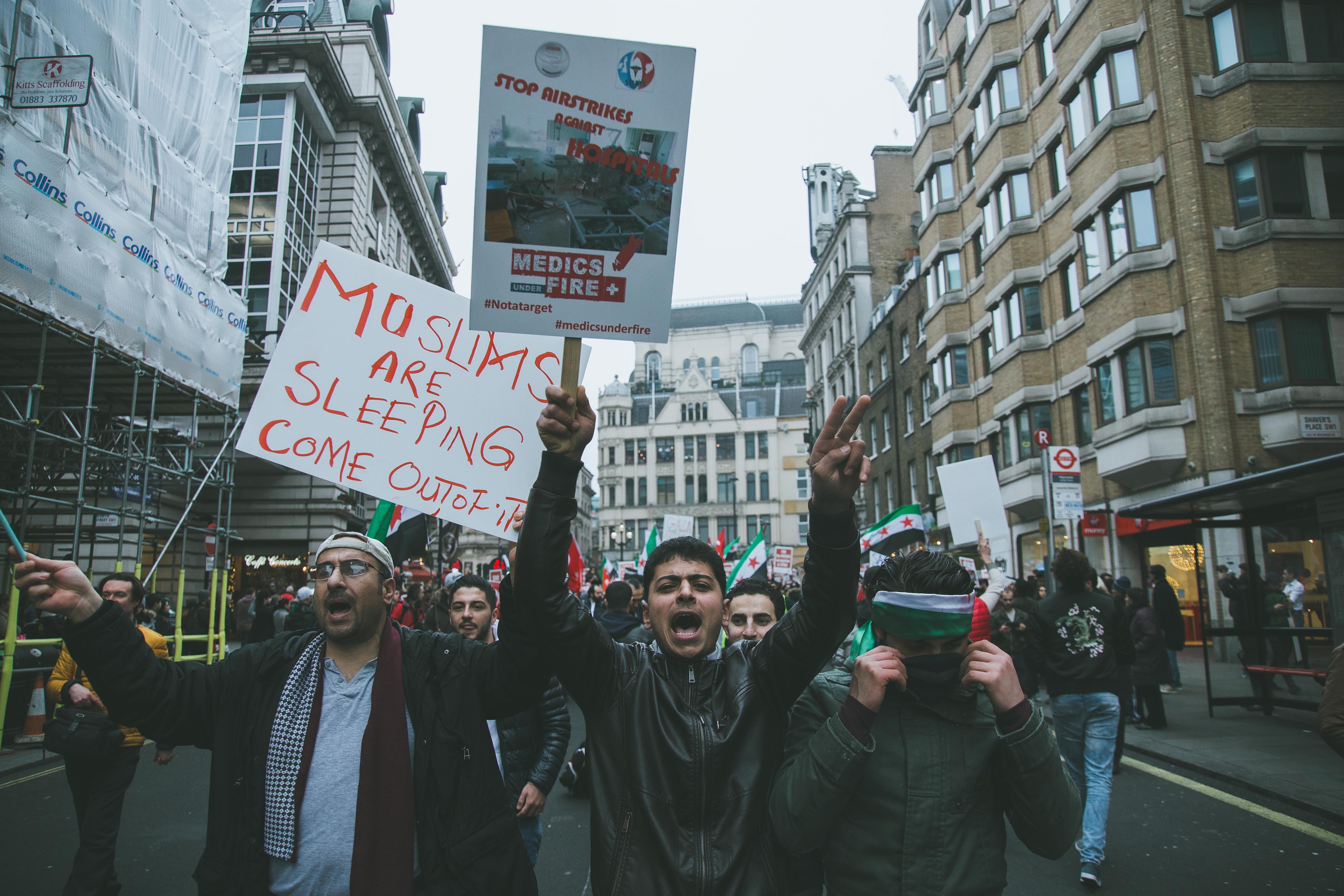 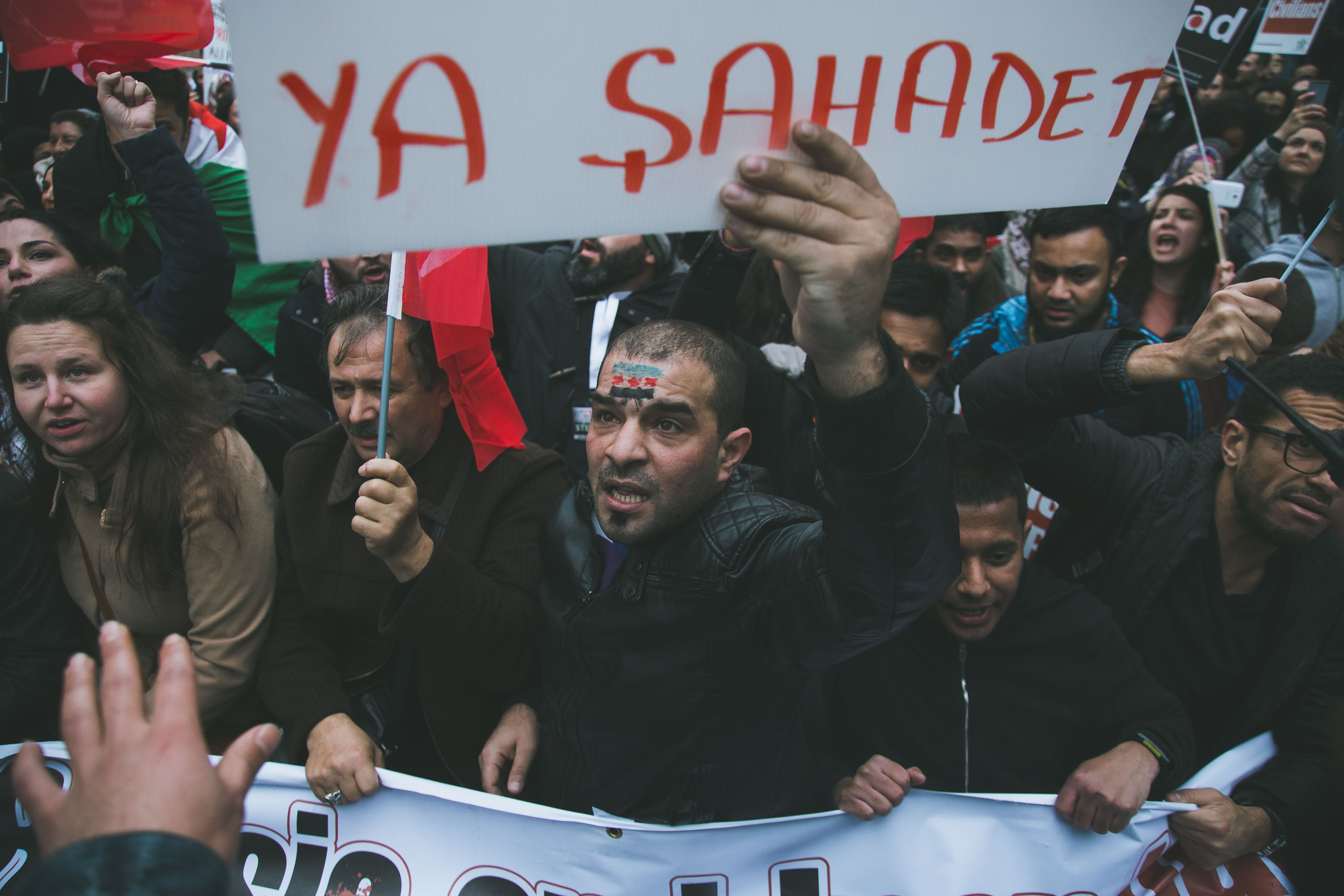 Linkedin
RELATED ARTICLES
OTHER ARTICLES
Tony Davis discusses his candid shots of unbridled joy from Britain’s clubbing golden era and what his photos mean to a generation of ravers looking back on the nights that defined their youth.
To mark the release of his new LP, the frontman of south London group 67 calls from prison to discuss his fraught past, dismantling the Tories and embracing the multitude of ways drill has evolved.
A new exhibition brings together lesser-seen works from the archive of Leni Sinclar, which chronicle Detroit‘s counterculture and struggles for justice.
A new exhibition celebrates one of the most pioneering photographers to have lived, whose work captured the complex realities for Black Americans between the ’40s and ’70s.
Mohamad Abdouni discusses his new book documenting the untold stories of 11 trans women living in Beirut, which rewrites the queer history of a war-torn city.
During the second wave of the pandemic, it was revealed that Covid patients with learning disabilities were given DNR notices. While shocking, the news spoke to a long history of sacrifices disproportionately falling on the shoulders of disabled people.