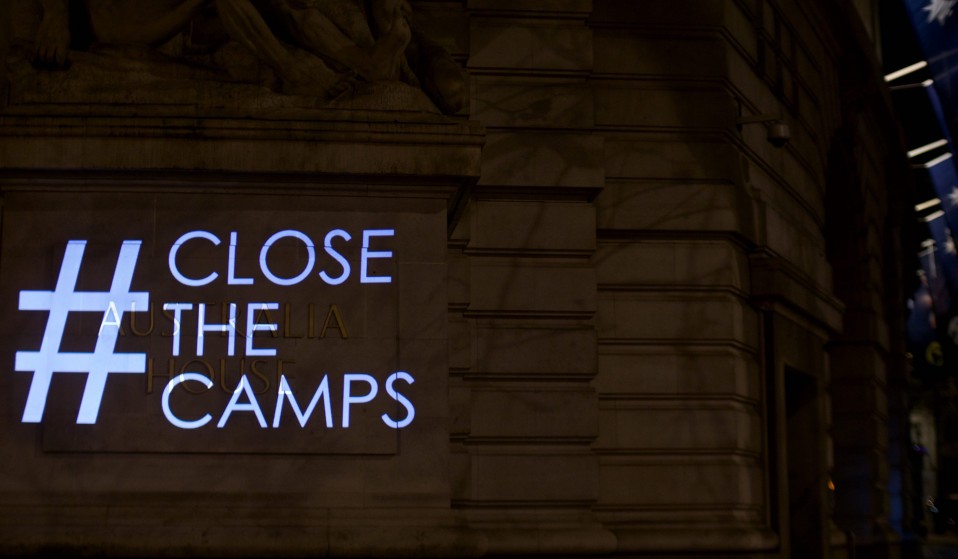 Calling time on the maltreatment of refugees

To highlight the plight of refugees arriving in Australia - regularly subjected to inhumane treatment - guerilla projectionists lit up the walls of the Australian High Commission in London last night.

Guerilla projectionists lit up the walls of the Australian High Commission in London last night with the faces of three recently deceased refugees. 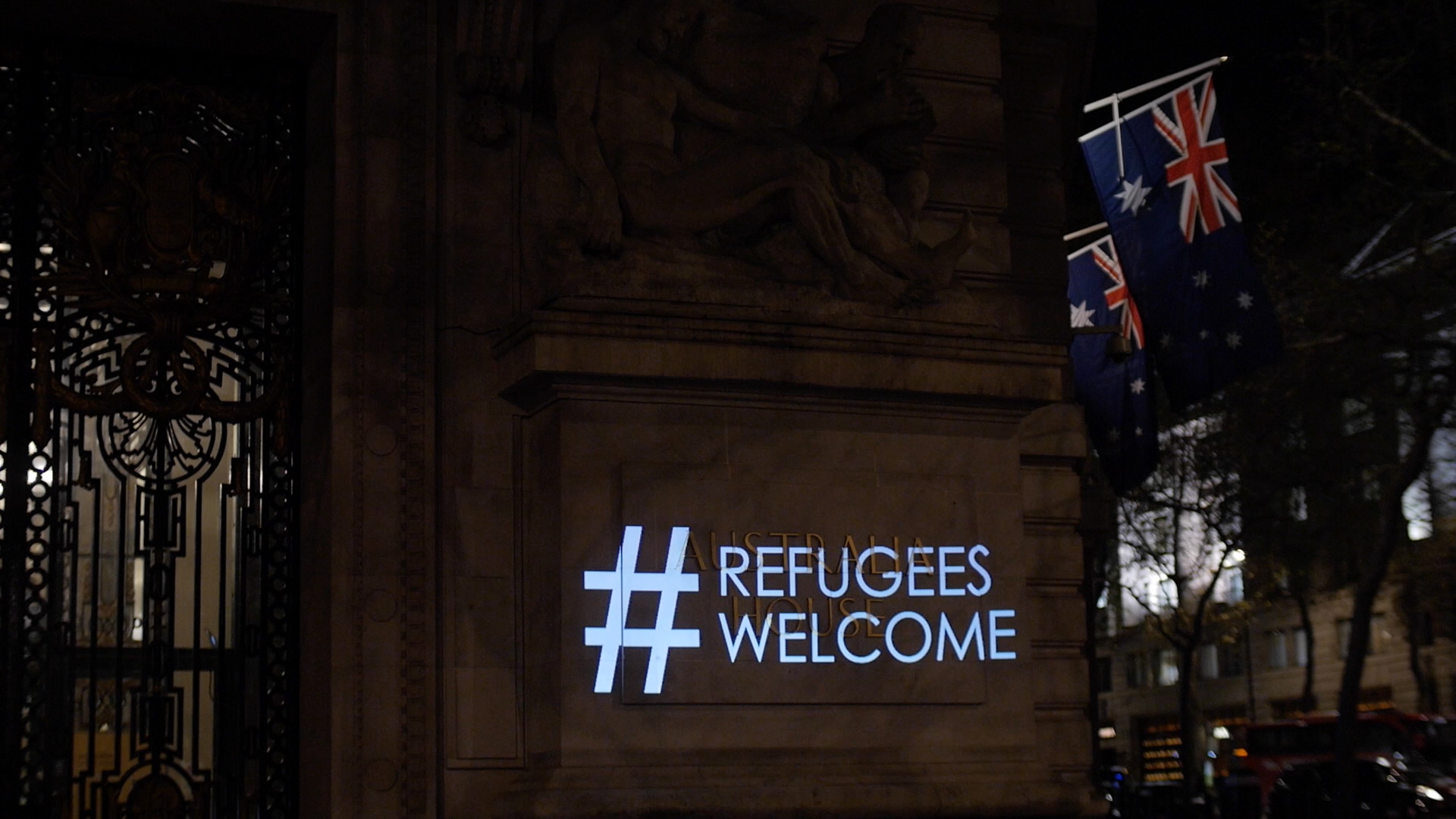 Each of the three men died while being held in immigration detention under Australia’s controversial asylum system. Refugees who arrive by boat to Oz are detained on remote islands hundreds of kilometres from the Australian mainland while their asylum claims are processed. Known as the “Pacific Solution”, the Australian state currently run Nauru detention centre and Manus Island detention centre in this way. 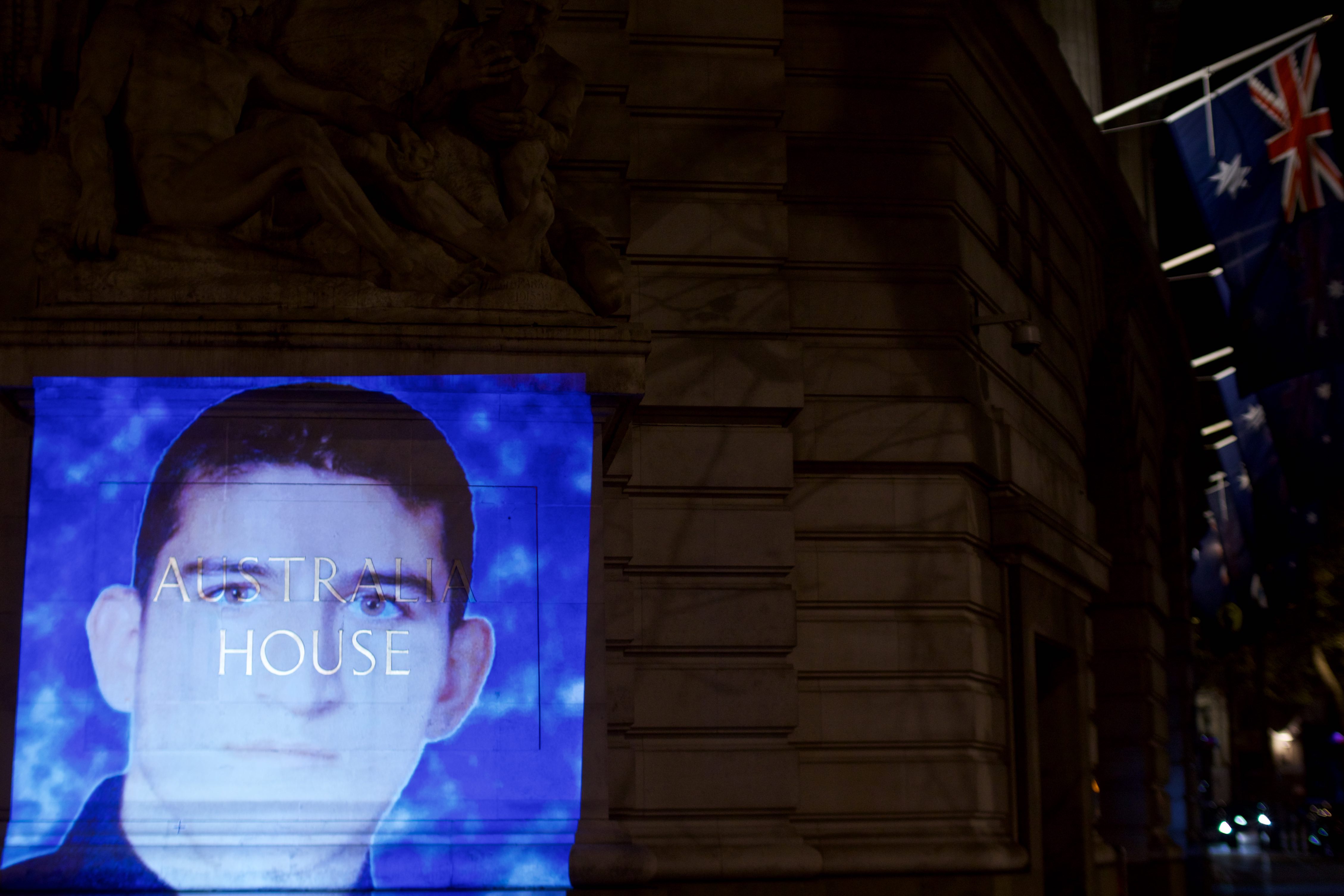 There have been several reports of rape and other abuse within the island centres, and the UN last year found that the conditions in the centres were in breach of Australia’s obligations under the Convention Against Torture and other Cruel, Inhuman or Degrading Treatment or Punishment. 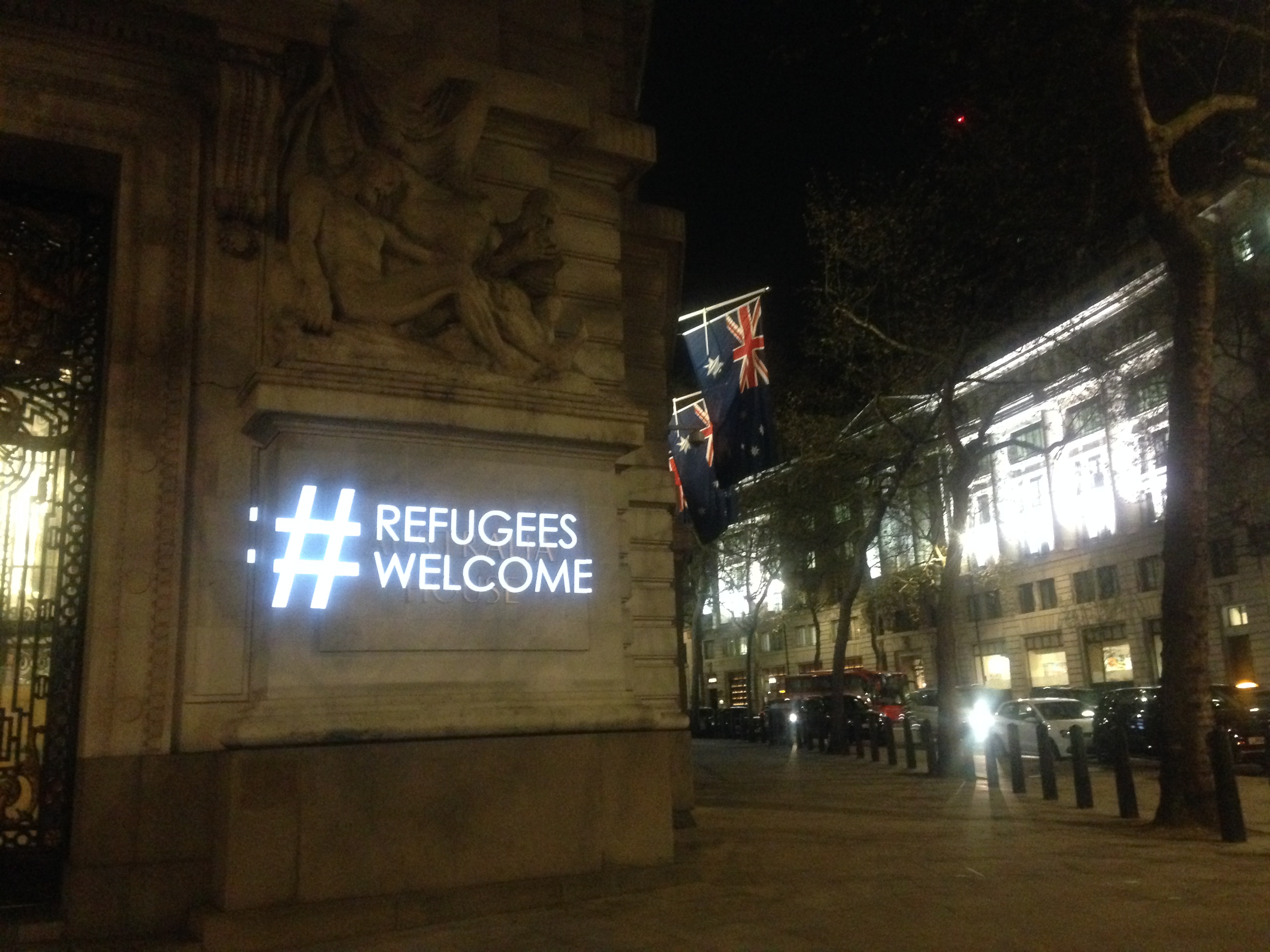 The projection in central London concluded with slides reading #CloseTheCamps and #RefugeesWelcome. 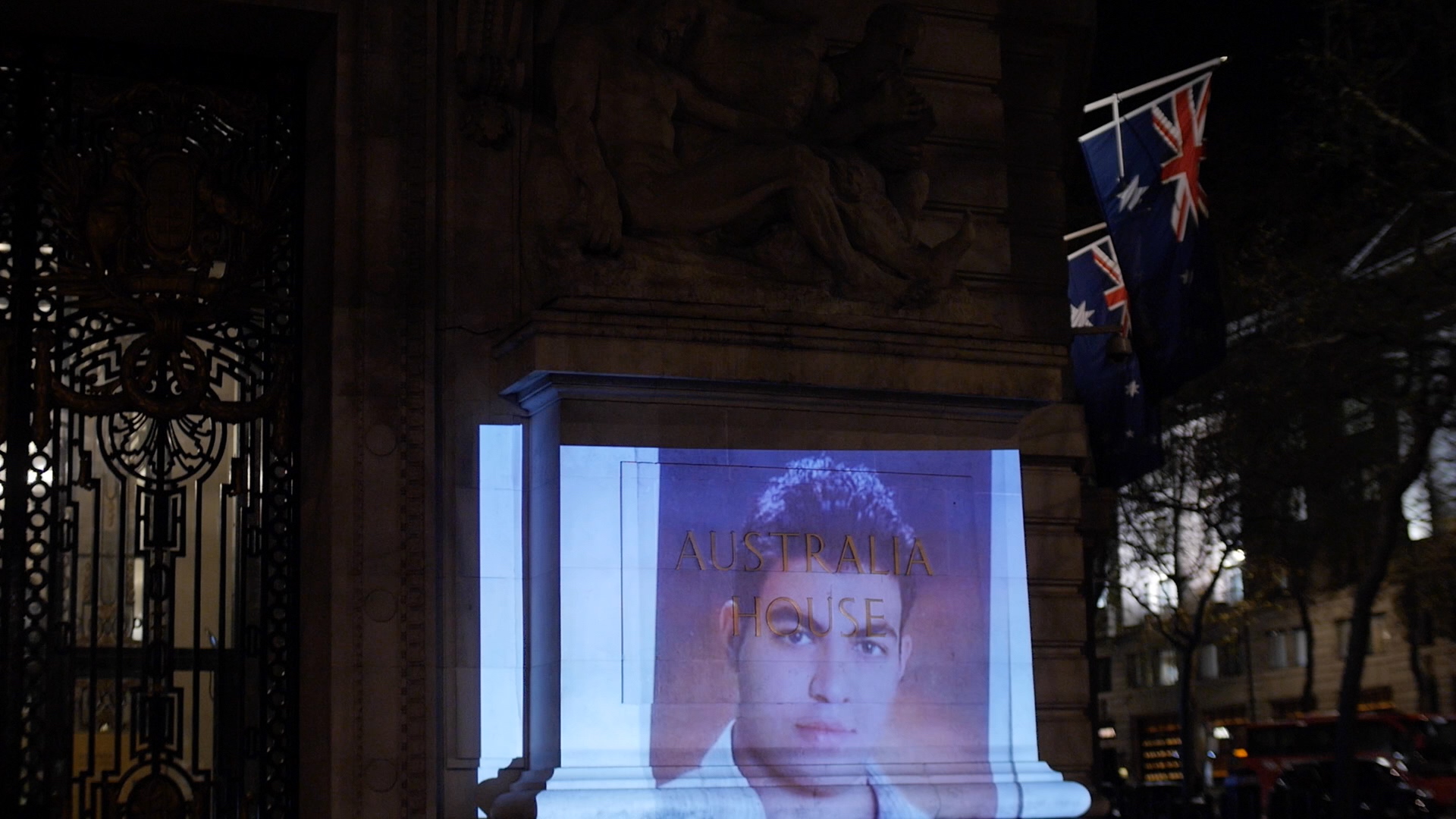 Hamid Kehazaei, 24, Kurdish refugee fleeing Iran. Kehazaei died of septicaemia in September 2014 after a skin condition on his leg became infected while he too was detained in the Manus Island centre. 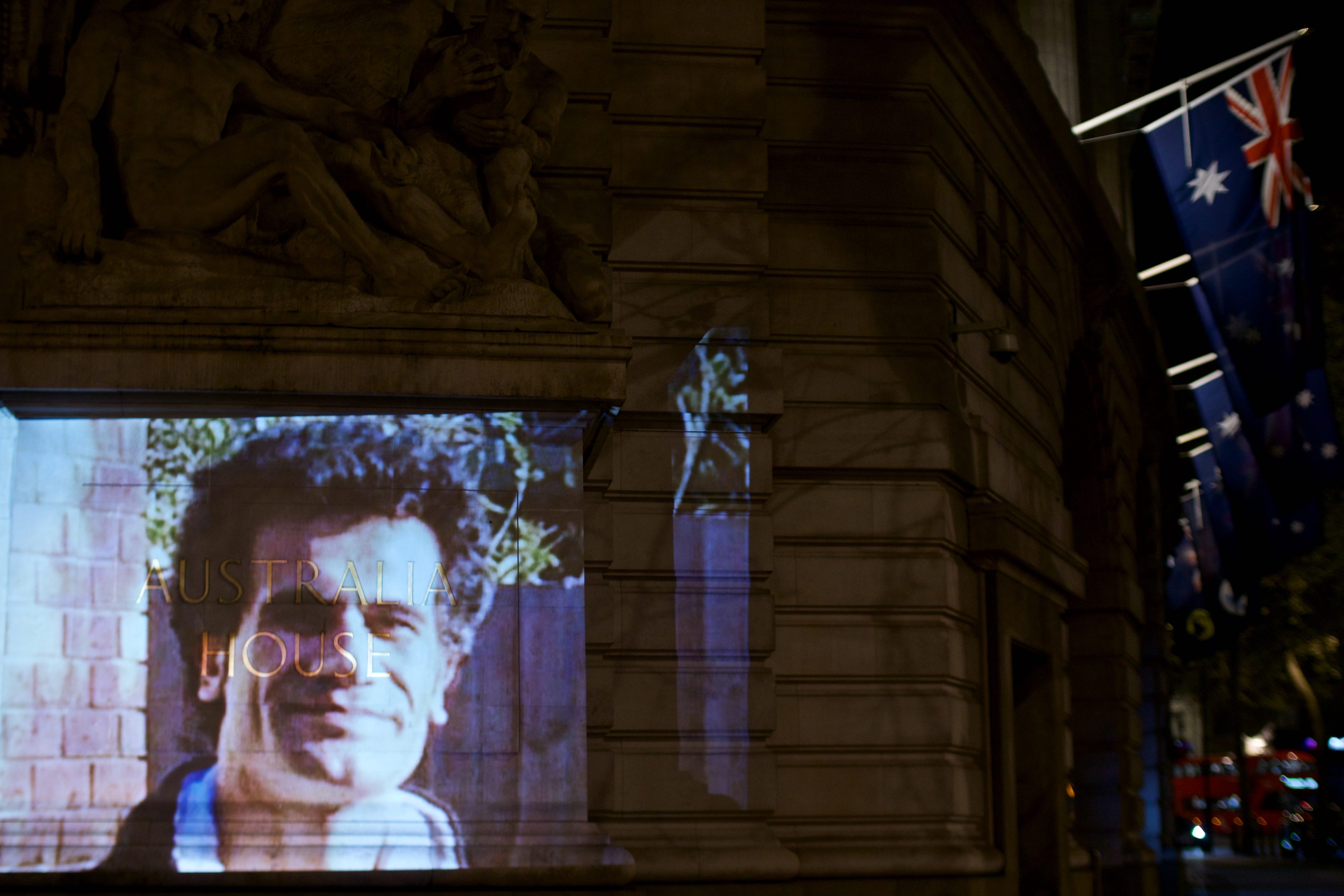 Fazel Chegeni, 34, Kurdish refugee fleeing Iran. Chegeni’s body was found at the bottom of a cliff on Christmas Island after he escaped from the centre. He had been held in Australian immigration detention from October 2011 until April 2013, and again from December 2013 until his death on November 2015.

These activists are calling on the camps to be shut down, and fast, and for an end to these tragic and avoidable deaths of those just desperate to find a better, safer life.

Linkedin
RELATED ARTICLES
OTHER ARTICLES
With the UK now set to run out of vaccines, people working in the sex industry – particularly outside of major cities – have been left especially vulnerable, reports Brit Dawson.
Students are being left to languish in unsafe housing, in some cases leading to serious health complications.
Photographer Anne-Marie Michel captures the women who through determination and strength are forging their own way in a male-dominated industry.
To mark the premiere of his new documentary on surfing giant Gerry Lopez, the filmmaker and former pro skateboarder sits down to share his unique brand of wisdom.
With the Women’s Euros in full swing, last week saw glorious, sweaty celebrations take place in a dedicated, safe space for female and non-binary fans.
The government’s brutal crackdown on NGOs has left victims of rape without anywhere to seek help. And now, as the country plays a key role is Russia’s war, things are only getting worse.