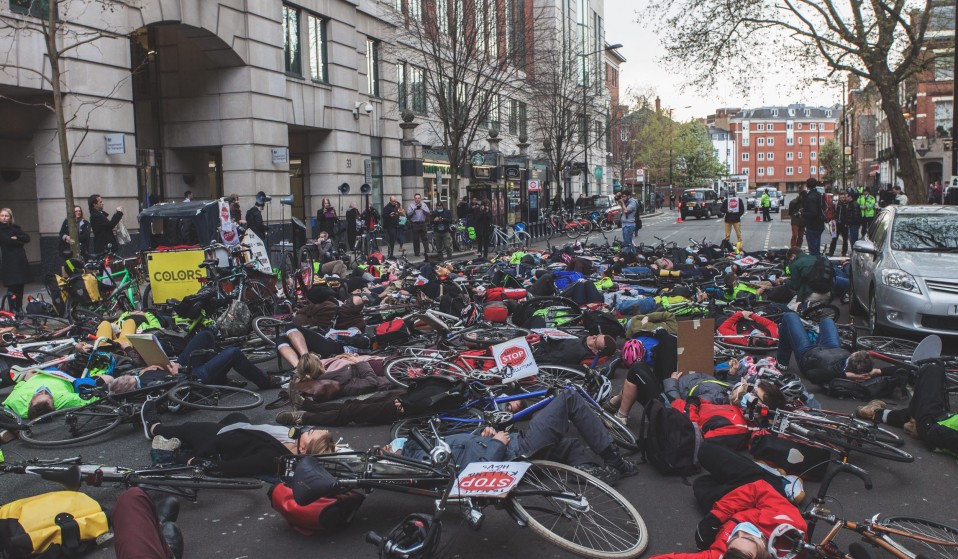 Air pollution levels are dangerously high, and thousands of people are dying. Last night campaigners in London shut down a street outside the Department of Transport, to call on the government to take action.

A road in central London was bought to a standstill last night, as protestors held a die-in on a busy London road. The #PollutionProtest, organised by a group of campaigners called Stop Killing Cyclists, saw the road around the British Department of Transport shut down to highlight the dangerous levels of air pollution in the English capital. 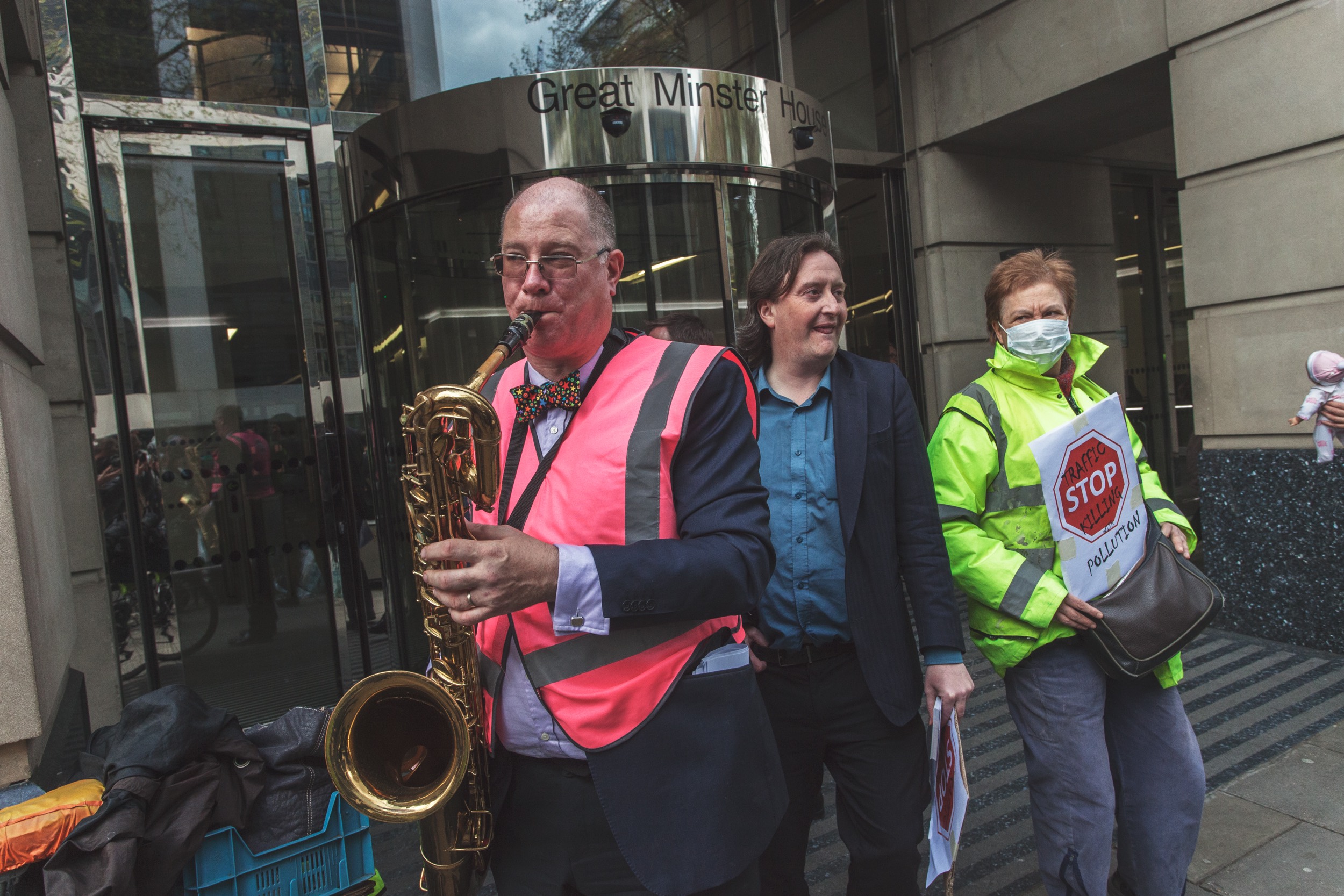 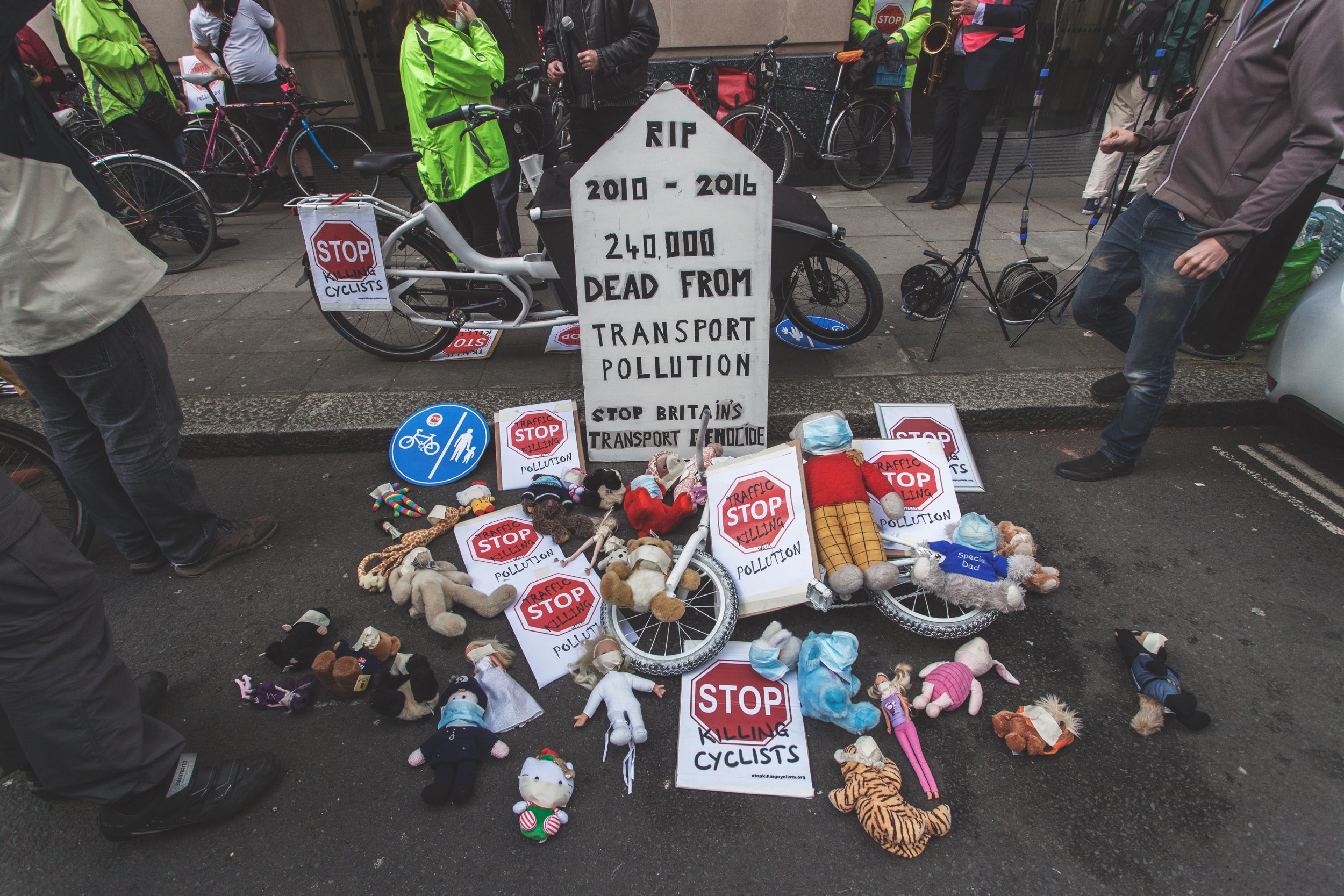 Nearly 9,500 people die early each year in London due to long-term exposure to air pollution, more than twice as many as previously thought, according to research conducted in 2015. A further 95,000 of us are living with terrible lung diseases, heart problems, cancers, asthma, emphysema and lung infections thanks to dirty air. 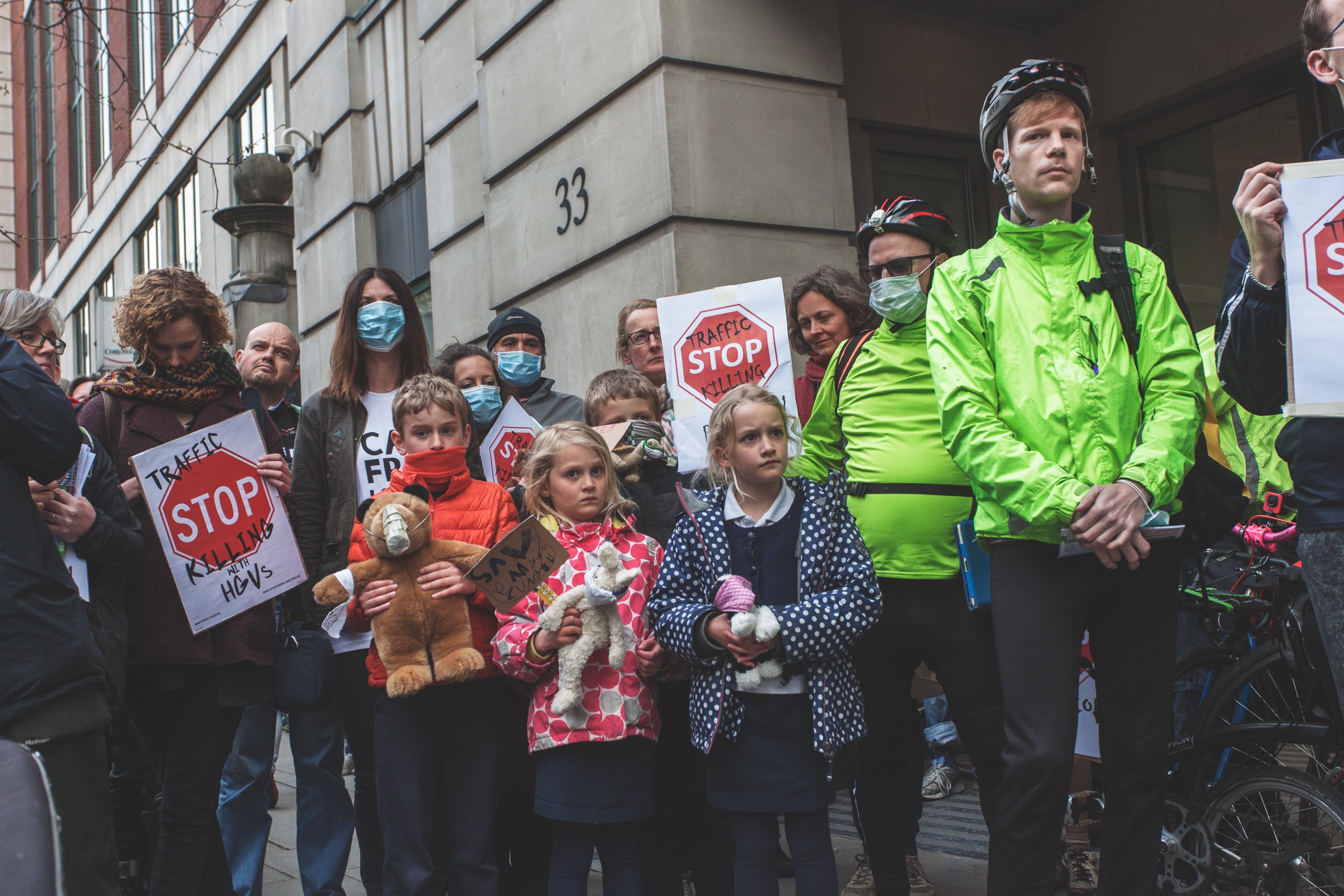 “I’m here because I’m a cyclist and I’m really aware of the terrible air quality in London”, Sarah Walton told us, as a Professor addressed the crowd from a mic. “People in my family have got asthma, I’ve got friends who have developed respiratory problems since coming to London, and I think this is the time that we can do something about it and hopefully this protest will bring it to people’s attention.” 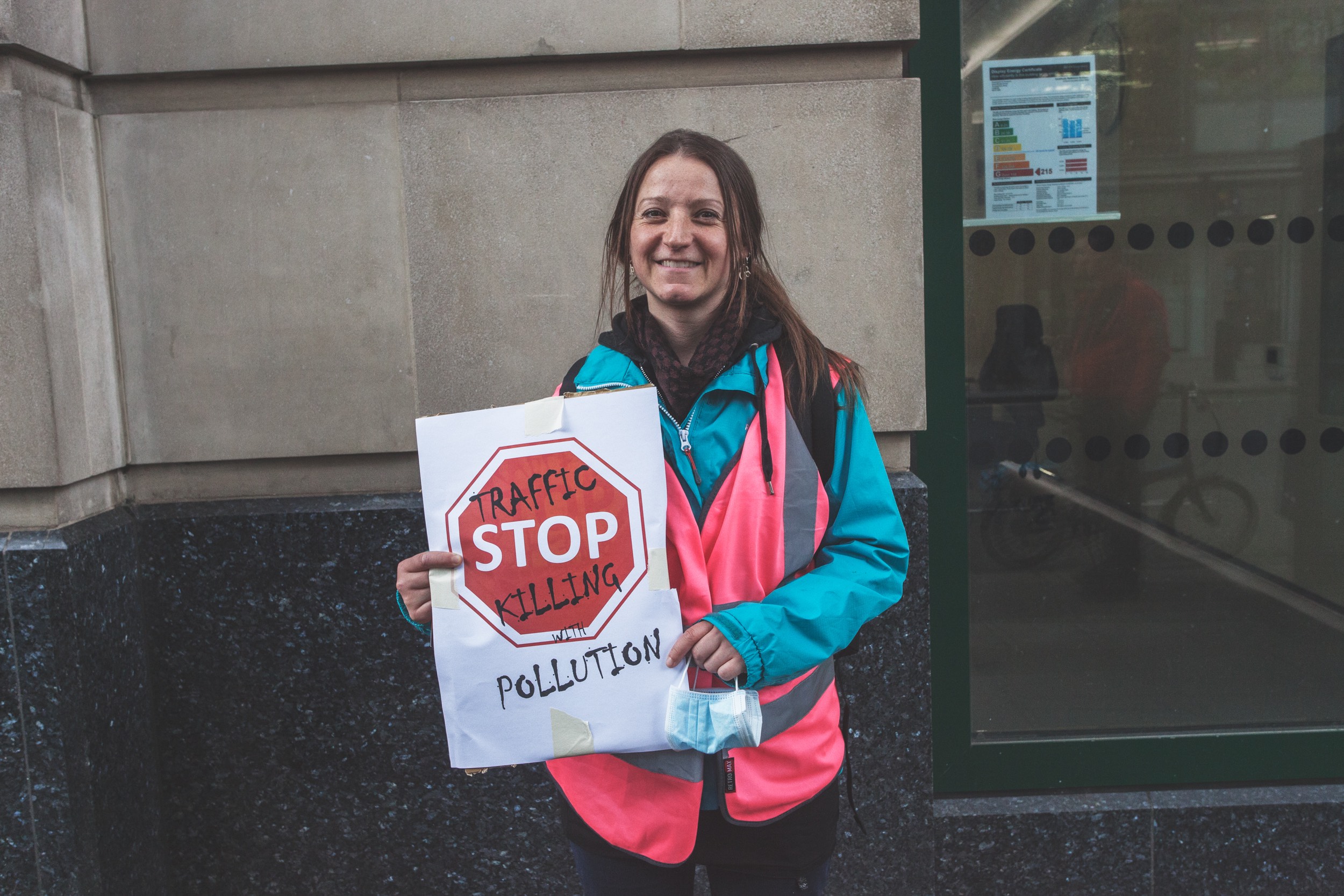 With the speeches over, protestors lay down in the road in silence, a haunting spectacle that reminds you just how real air pollution related deaths really are.

The demands being put forward by the protestors had been agreed in advance: better funding for cycling, car free days in major cities, and a ban on all non-zero emission private cars from cities on days where pollution levels are predicted to rise above EU safety levels. 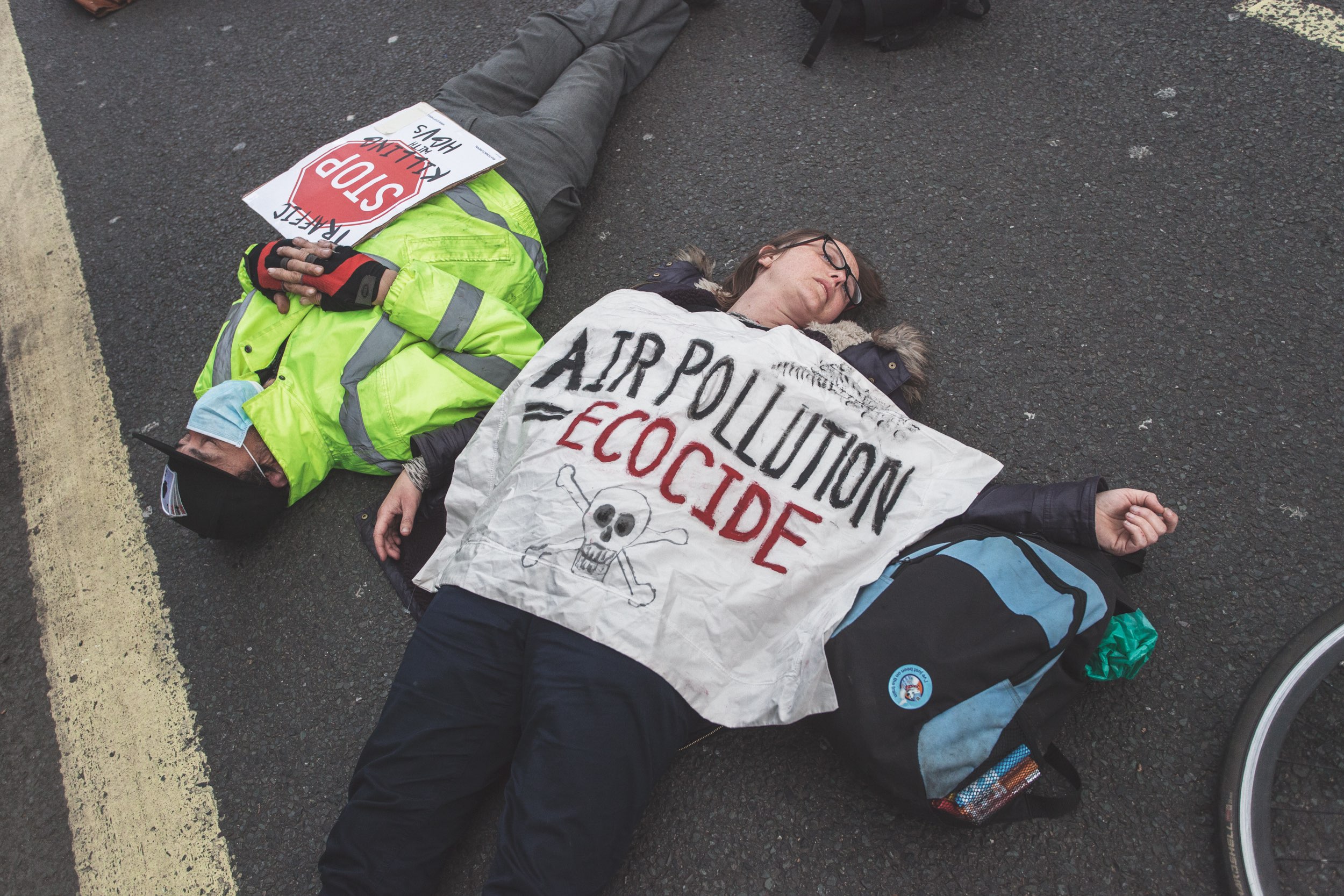 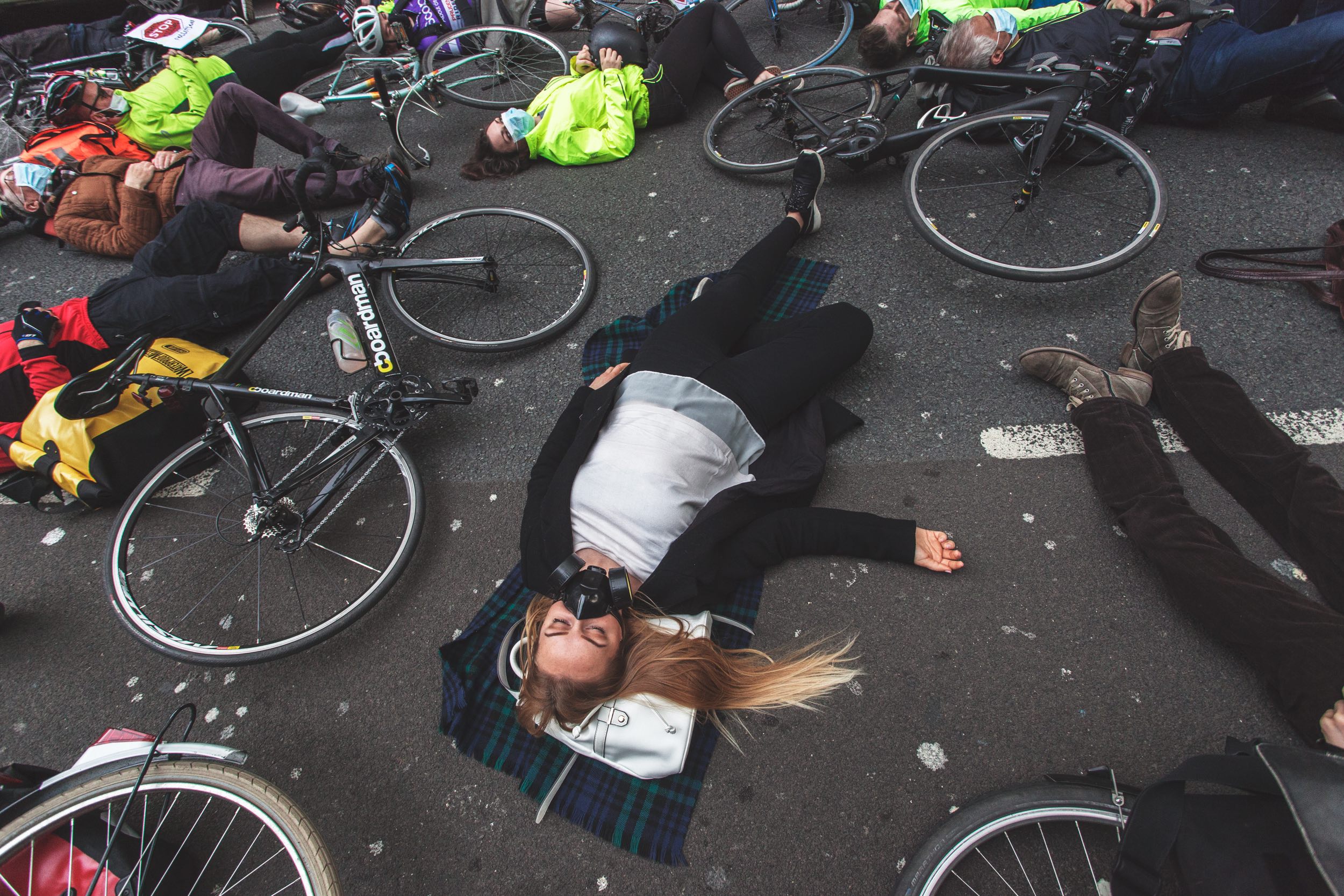 With the die in in full swing, William McNally explained why he’d braced the cold to lie on the tarmac. “It’s quite disgusting that we have to cycle in the city whereby we’re being poisoned as we ride.”

After 15 minutes of near silence, the die-in started to wake, and a final round of speeches got underway. Standing in the crowd was Sian Berry, the Green Party candidate for London Mayor. 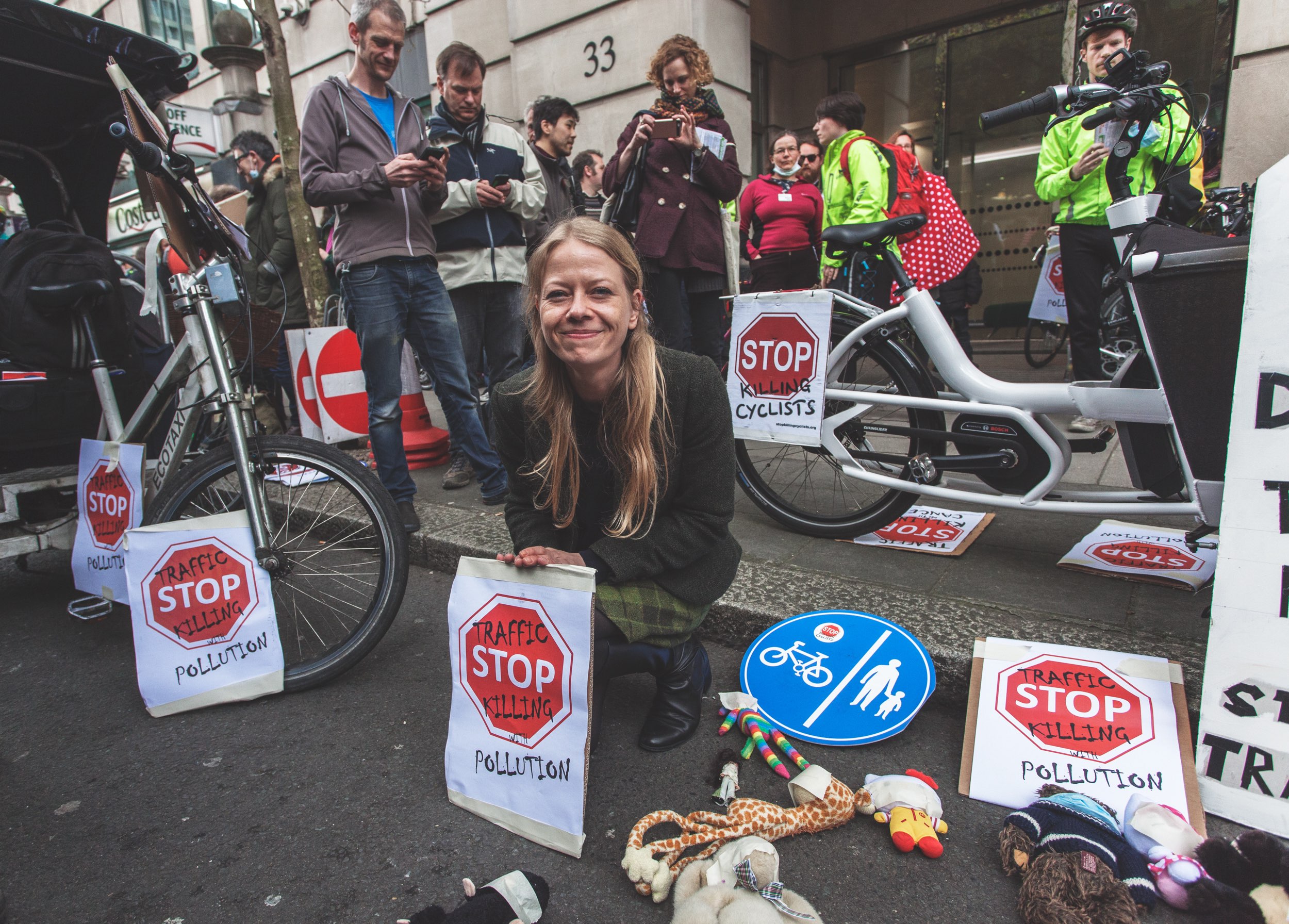 “I’m running for mayor and I think I can get London’s air clean by 2020”, she tells me, “but if the government and the Department for Transport joined in we could do it much sooner.”

Sian explained that she’s measured the air pollution where she lives in North London, on a busy junction, and found that there was 71 micrograms per metre cubed of nitrogen dioxide at one time, and 73 at another.

“The legal limit is 40, so where I leave there is nearly double the acceptable amount of air pollution, and many many people are worse off than me.” 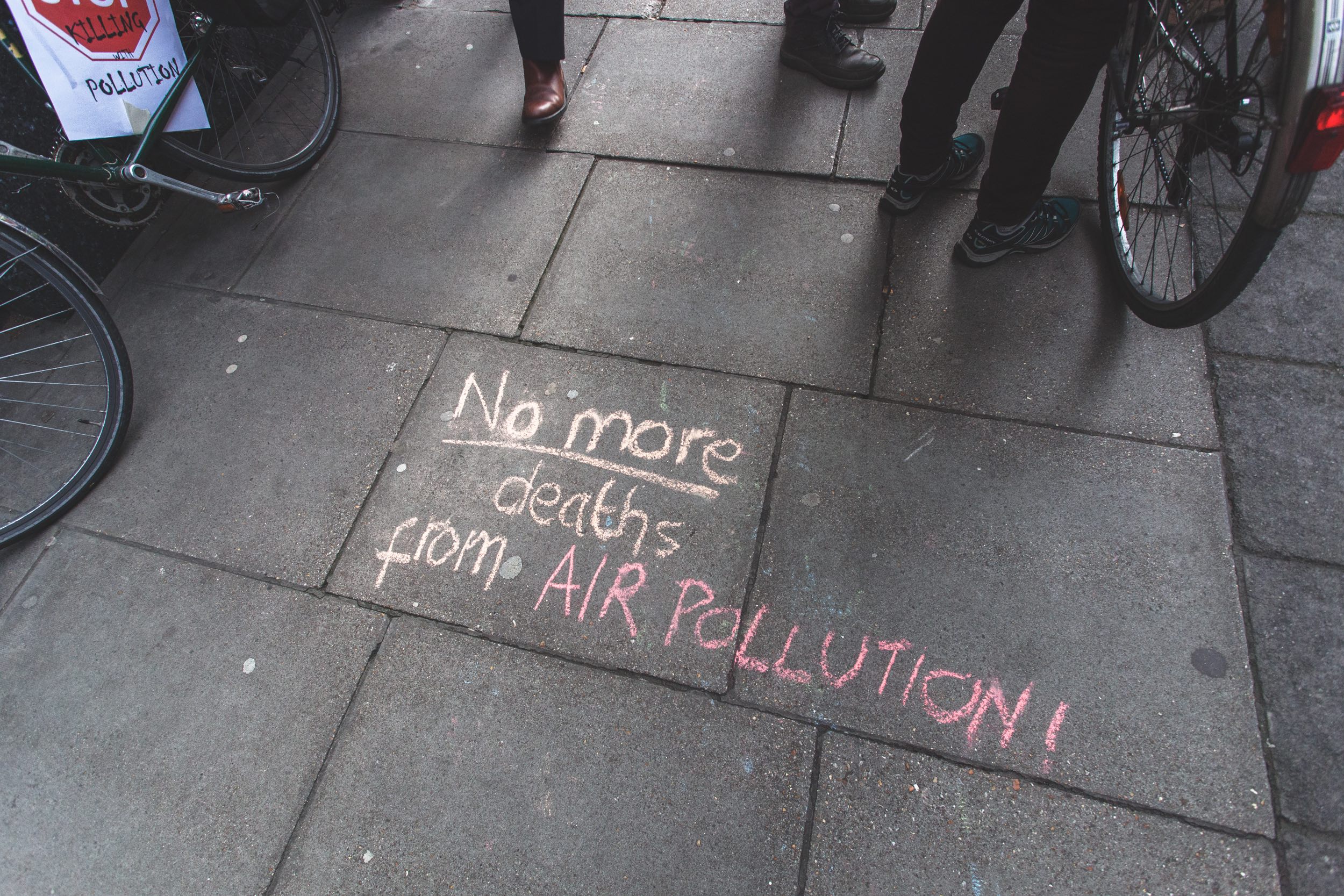 “In the whole of Newham and Tower Hamlets basically, children cannot walk to school except in illegal air, and that’s really not right in a city that ought to be one of the greatest in the world.”

Linkedin
RELATED ARTICLES
OTHER ARTICLES
The government’s brutal crackdown on NGOs has left victims of rape without anywhere to seek help. And now, as the country plays a key role is Russia’s war, things are only getting worse.
Protestors gathered outside Downing Street following the latest atrocities committed by Israel against Palestinians living in the besieged strip.
Photographer Bud Glick recounts documenting everyday life in the area, and what it taught him about the Chinese immigrant experience.
Last week, Tower Hamlets council removed its nudity-restricting licensing conditions in a huge win for London’s kink community.
Yesterday, rail workers came together to protest poor pay, working conditions and job cuts in their latest round of strikes.
After rewriting the indie rulebook with her devastating songs about romantic longing, the singer-songwriter is now imagining a future in which the artist is no longer a product.