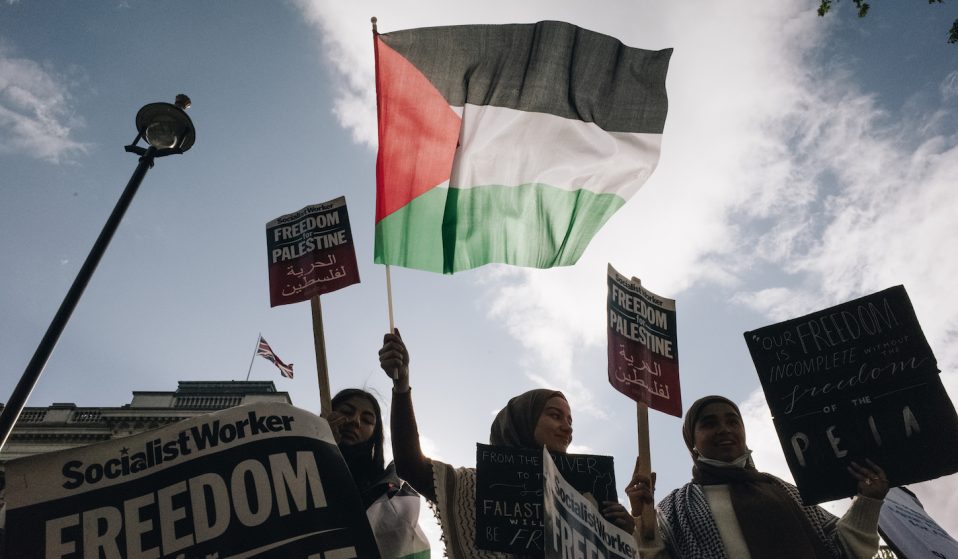 After witnessing horrifying Israeli attacks on Palestinians, thousands of protesters took to the streets in London yesterday in solidarity with Palestine, demanding that governments take action.

After witnessing horrifying Israeli attacks on Palestinians, thousands of protesters took to the streets in London yesterday (May 11) in solidarity with Palestine, demanding that governments take action on Israel’s blatant human rights abuses.

Over the past week, the eyes of the world have been trained on al-Aqsa Mosque, as the third holiest site in Islam has become the latest focal point of Israel’s attempts to quash the resistance of the Palestinian people to the continued occupation.

Tensions have been building in Jerusalem ahead of an Israeli court ruling, due last Monday, threatening to evict six Palestinian families from their homes in Sheikh Jarrah to make way for Jewish settlers – a move condemned by the United Nations as a potential war crime. 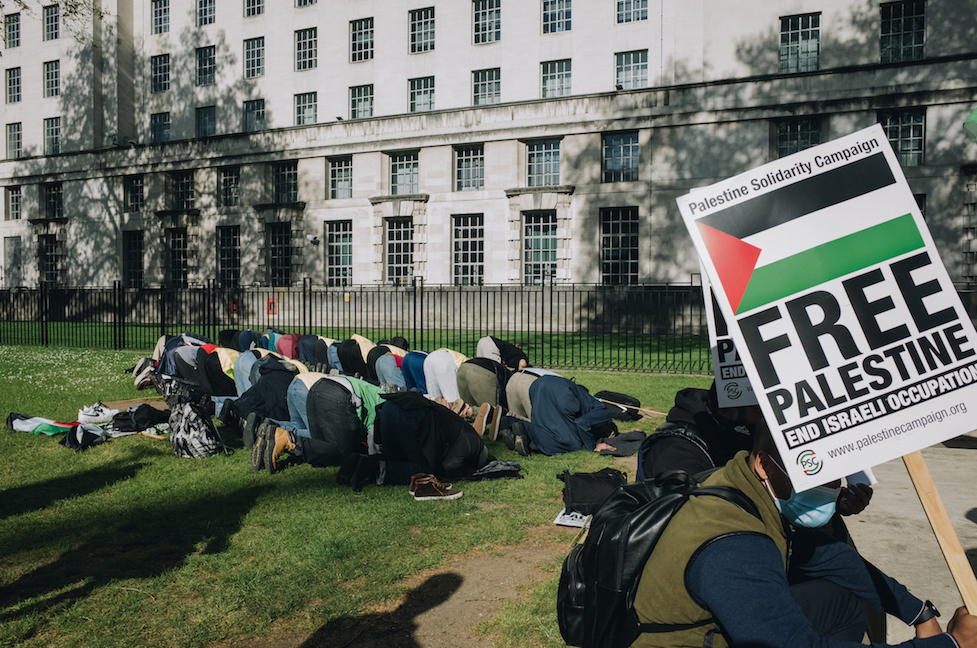 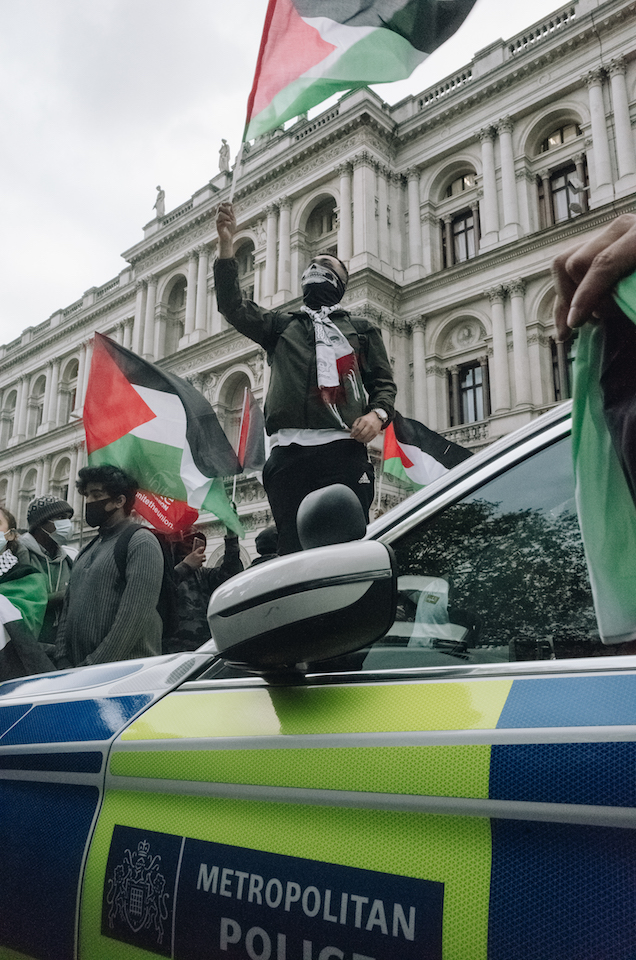 Israel’s attempts to displace families from their homes have been met with protest by Palestinians, and the latest incursion into one of the most sacred sites in Jerusalem by heavily-armed riot police has met a similar response.

Violence has continued to escalate as Israeli airstrikes have targeted Gaza, killing 43 people – including 13 children – in what amounts to the world’s largest open-air prison. This has taken place under the guise of retaliation against rockets fired by Hamas. Much coverage of this week’s events has presented them as part of a two-sided ‘conflict’ between equal parties, distorting the reality of what is in truth an ethnic cleansing of Palestine by a vastly more powerful oppressor.

Yesterday (May 11), protests took place across the world in solidarity with the Palestinian people. In London, where Huck was reporting from, thousands of people were in attendance, with the likes of Jeremy Corbyn MP and Zarah Sultana MP giving speeches to the crowd. 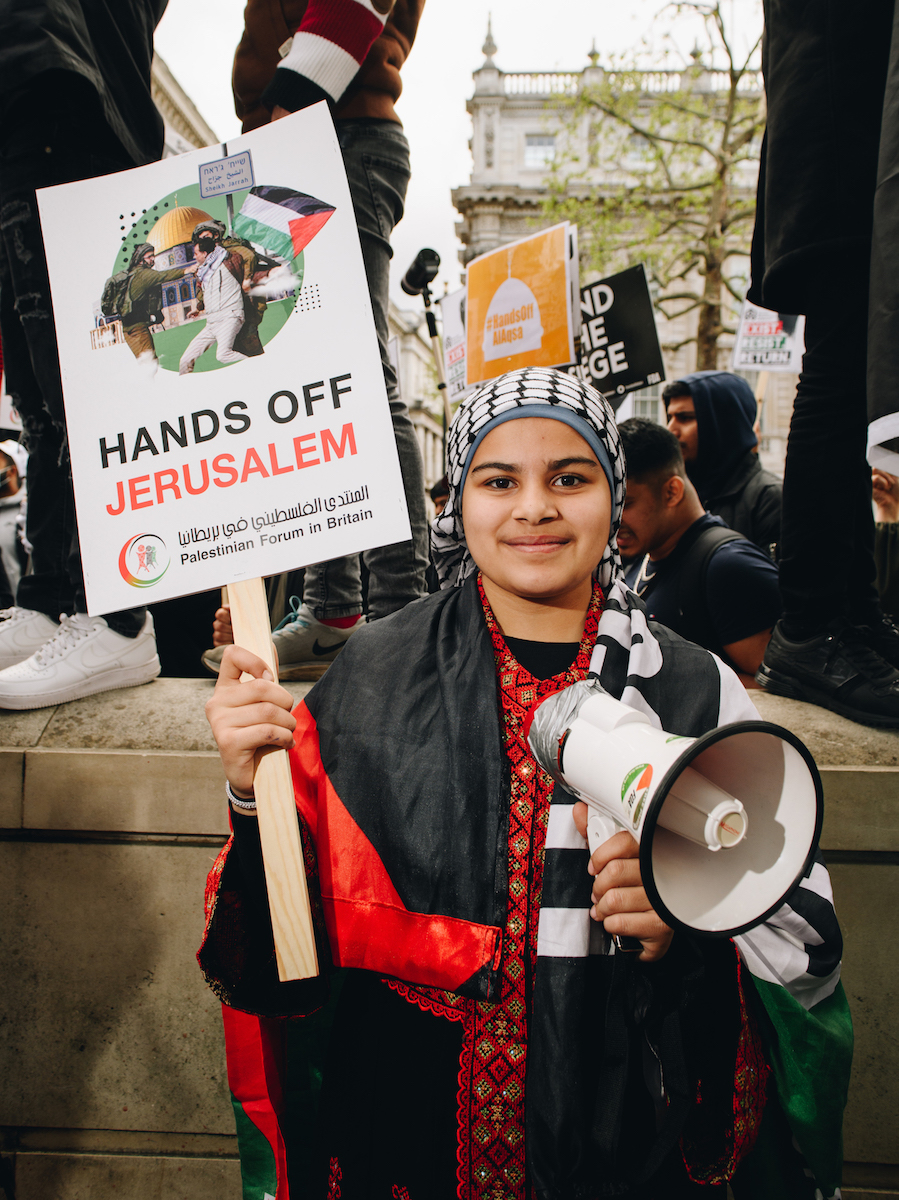 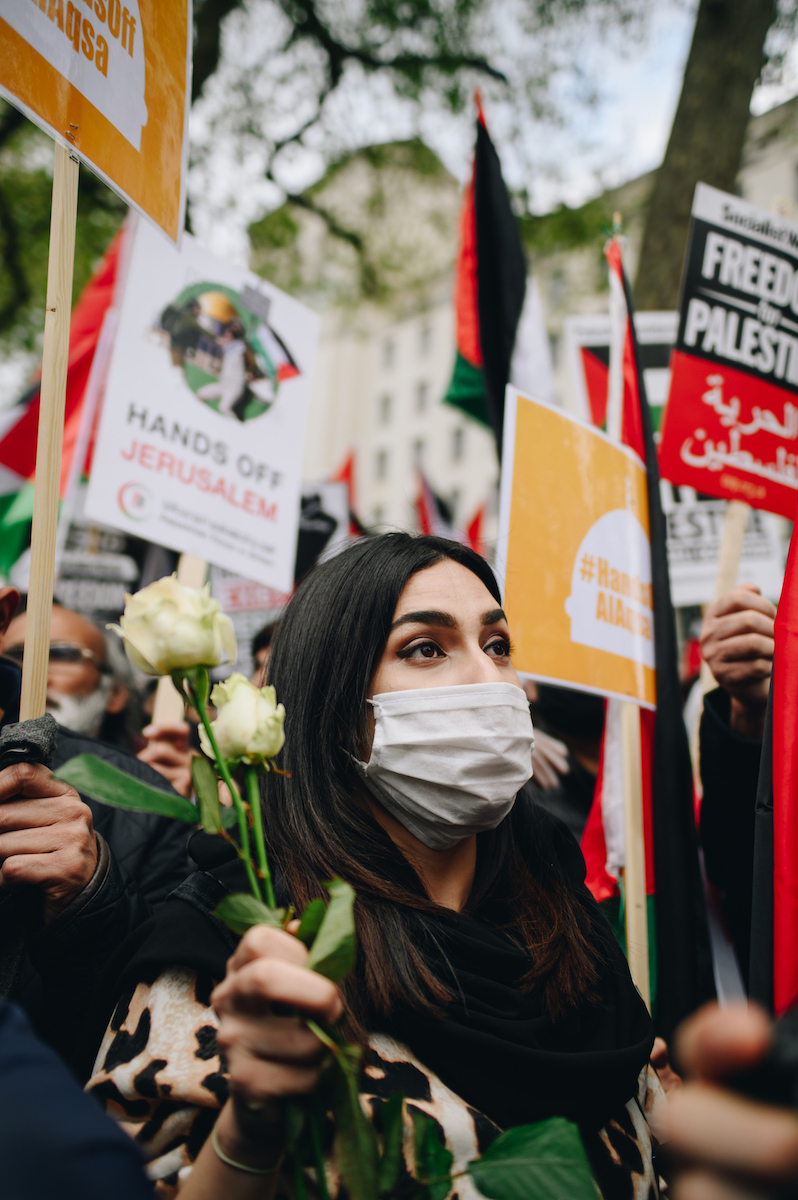 The loud and energetic protest started outside of 10 Downing Street, with crowds spilling out across Whitehall. Protesters waving Palestinian flags mounted a double-decker bus, which had become stuck on the road due to the size of the crowds, while a sound system blared music. Police presence was heavy in Whitehall but dissipated as the crowd marched towards Victoria on the way to the Israeli Embassy in Kensington.

The fast-paced march was punctuated by a moment of calm on the way to the embassy, as the crowd stopped momentarily to break fast, with people handing out Palestinian dates and water before marching on. 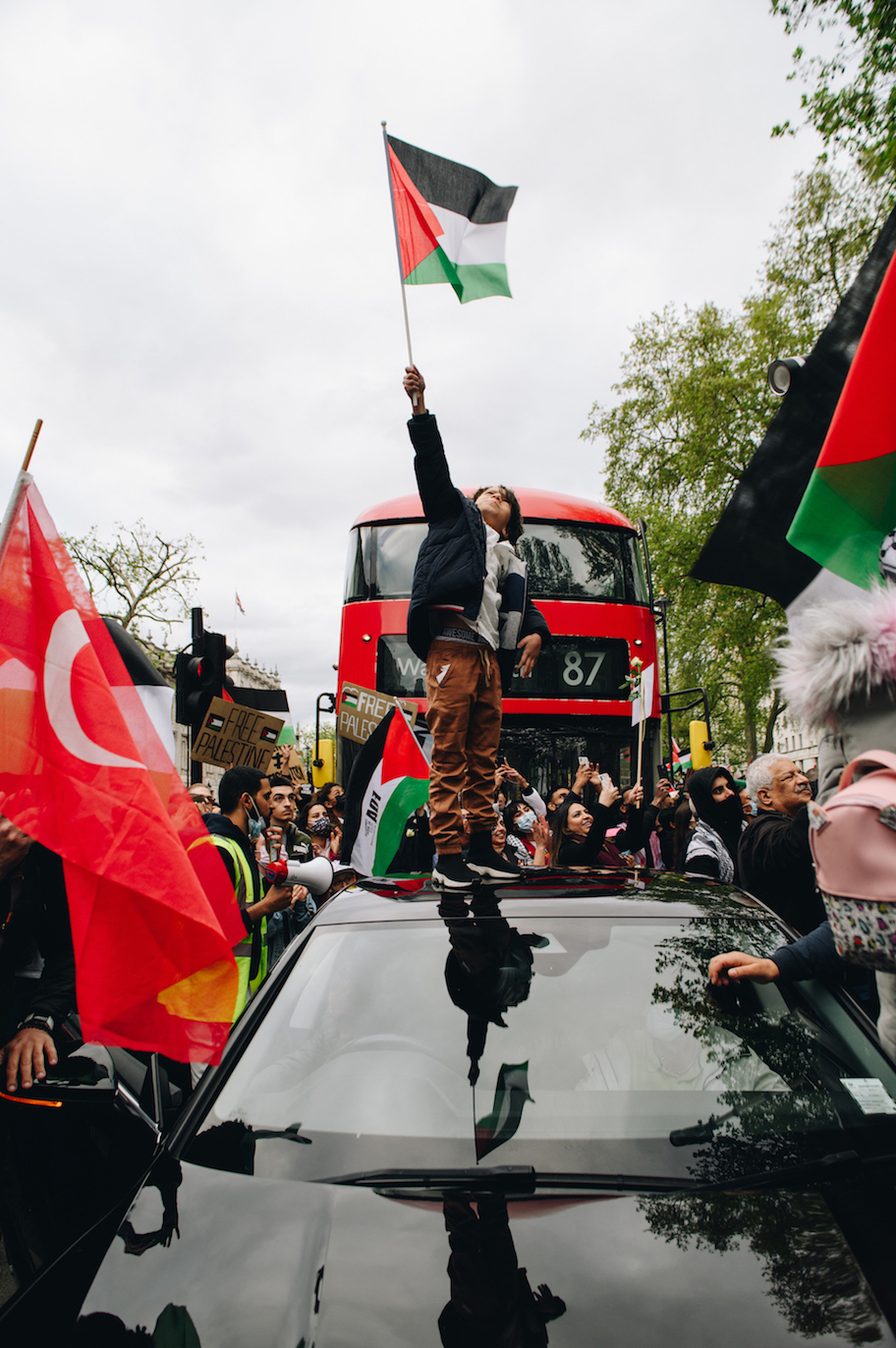 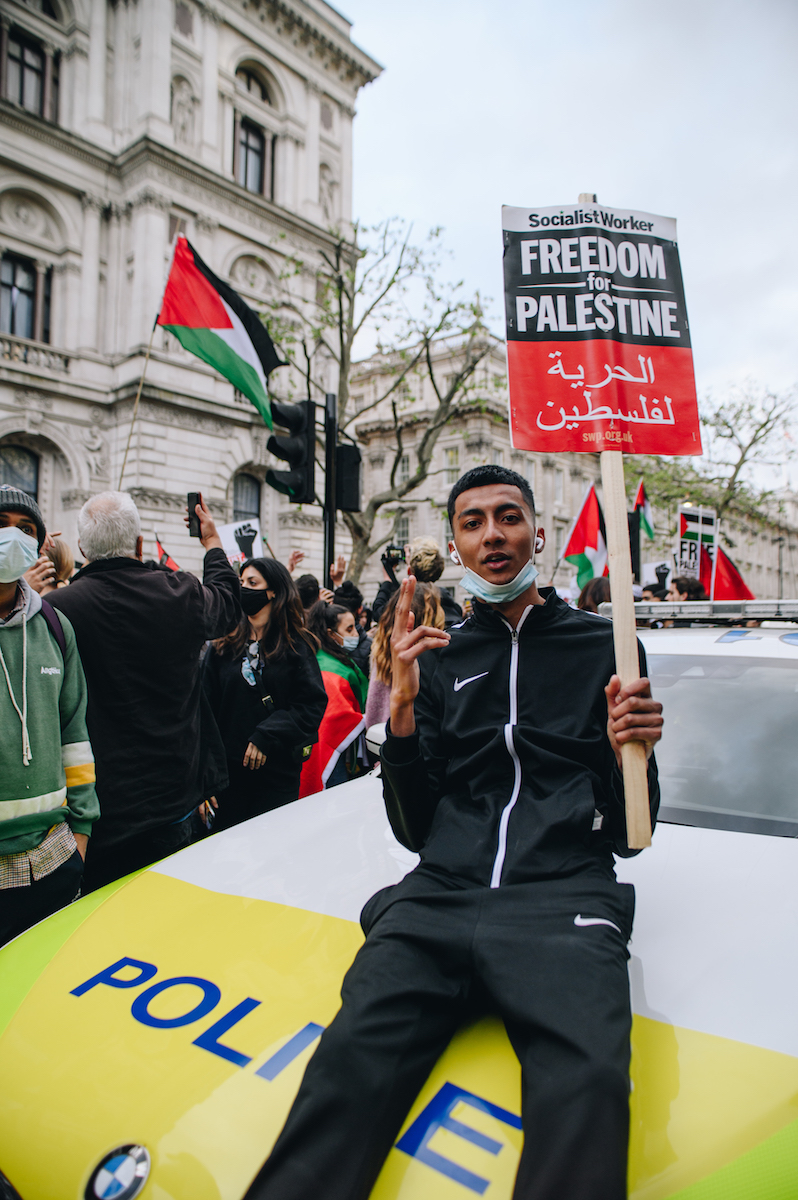 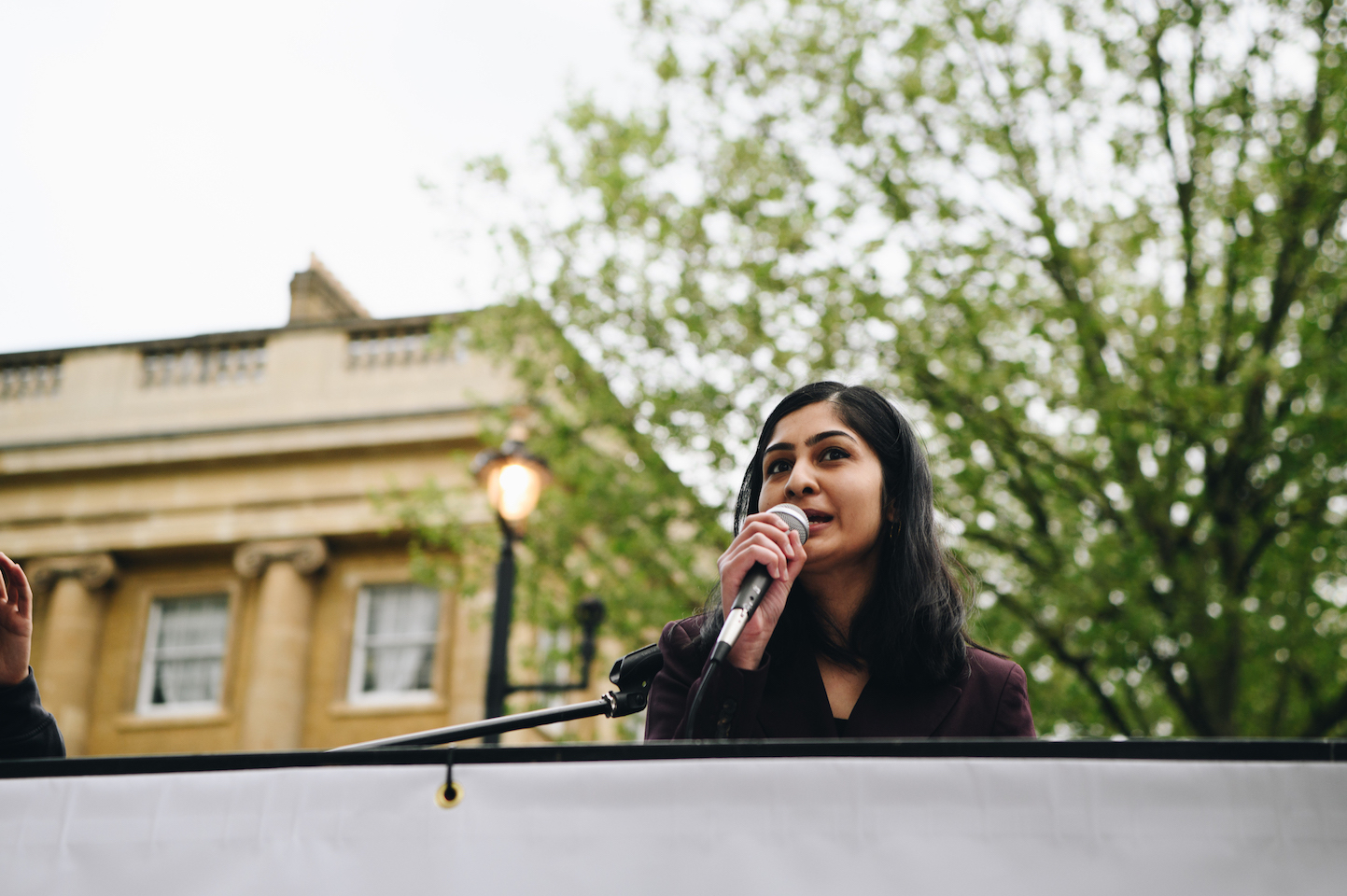 Once demonstrators reached the entrance to the compound of the Israeli Embassy, crowds chanted “Free free Palestine”, “From the river to the sea Palestine will be free” and “Shame on you”, surrounded by at least six police vans. Protesters staged a sit-in outside the embassy, which proved to be short-lived, as police appeared to be moving in to kettle.

The march moved on through Kensington and west London, still numbering in the thousands, before gradually petering out just before midnight. It was an astounding show of solidarity, which sent a clear message to the world that Palestine’s spirit will not be broken. 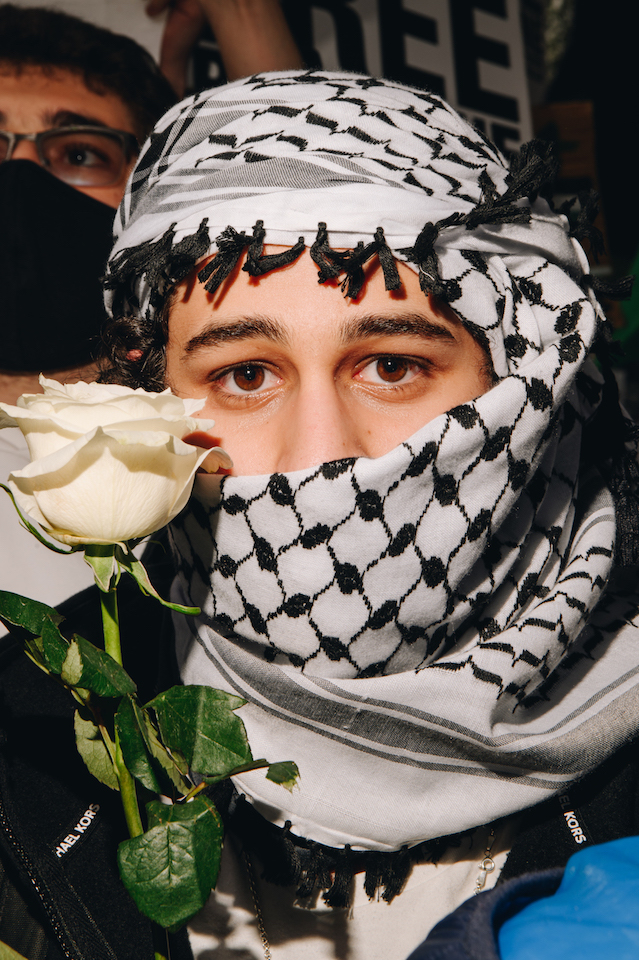 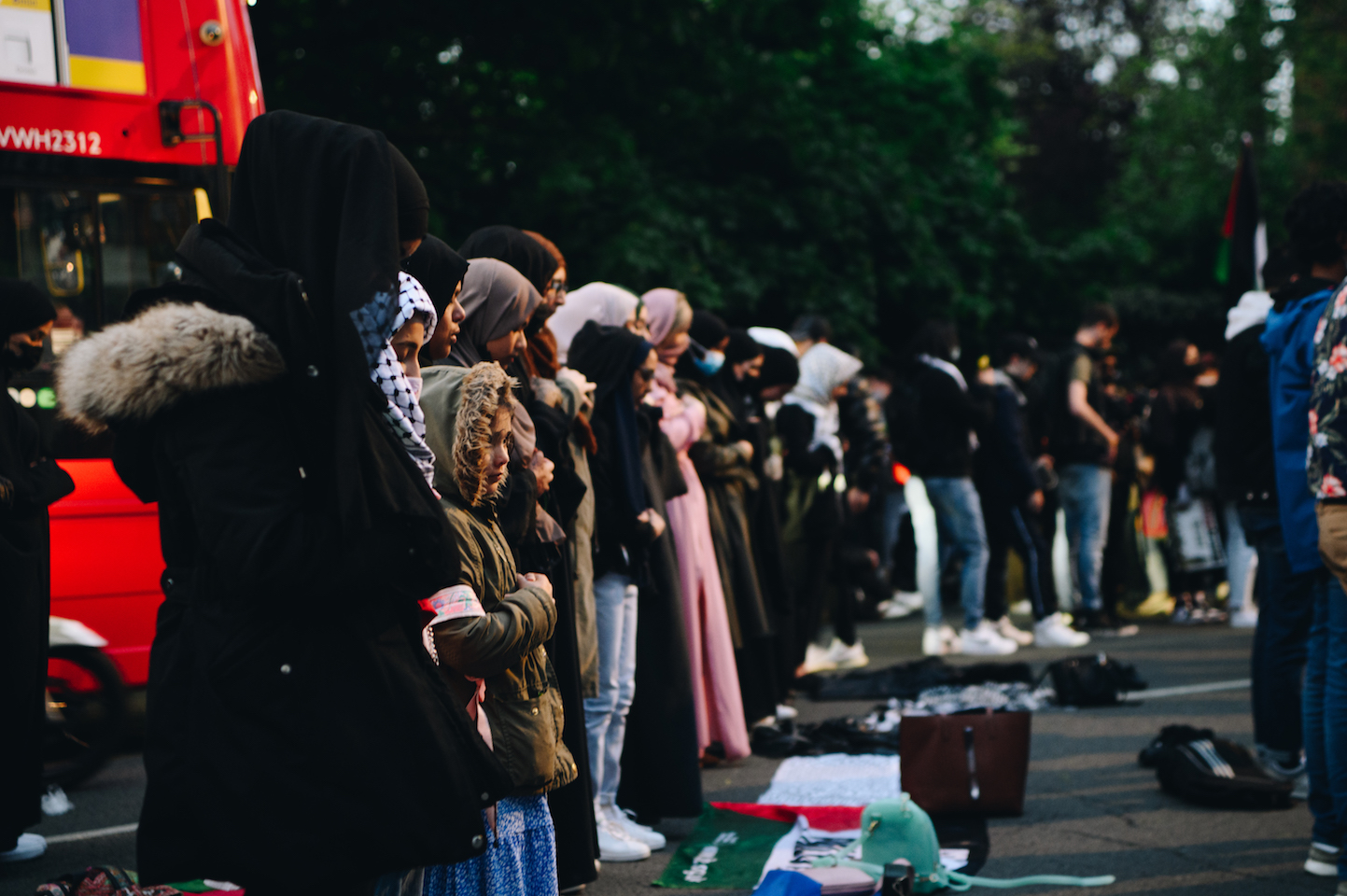 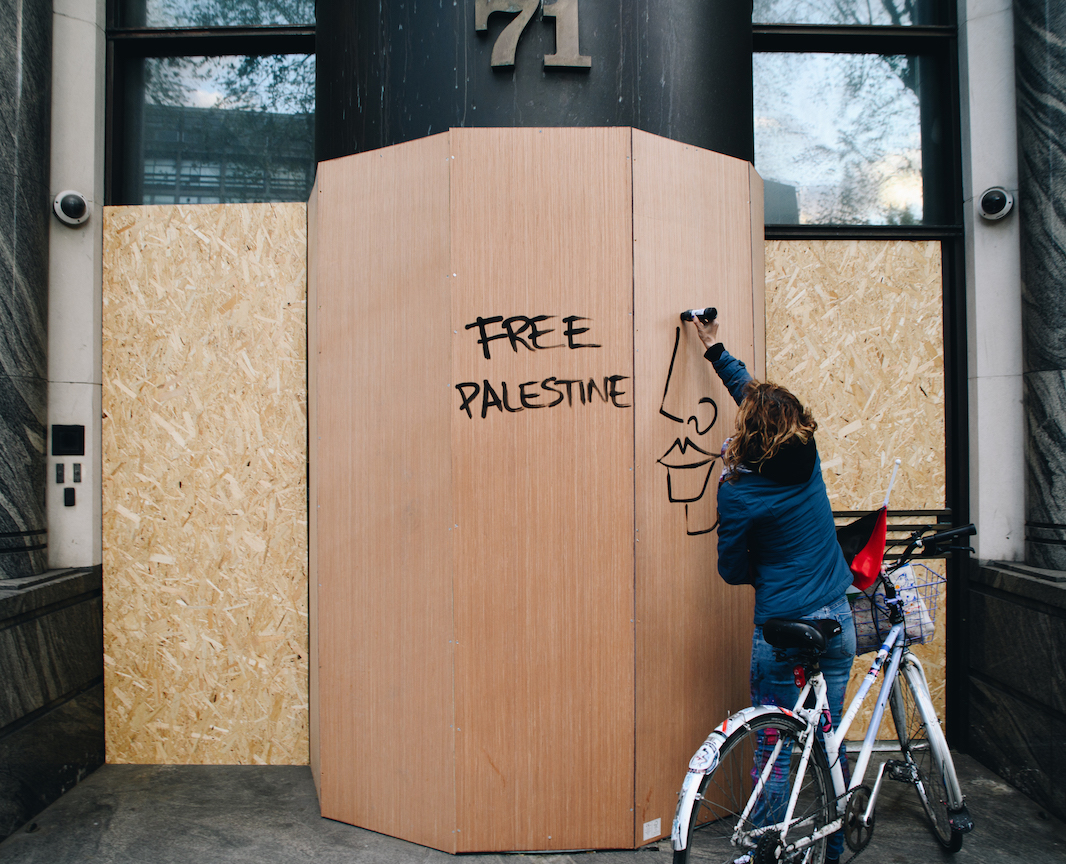 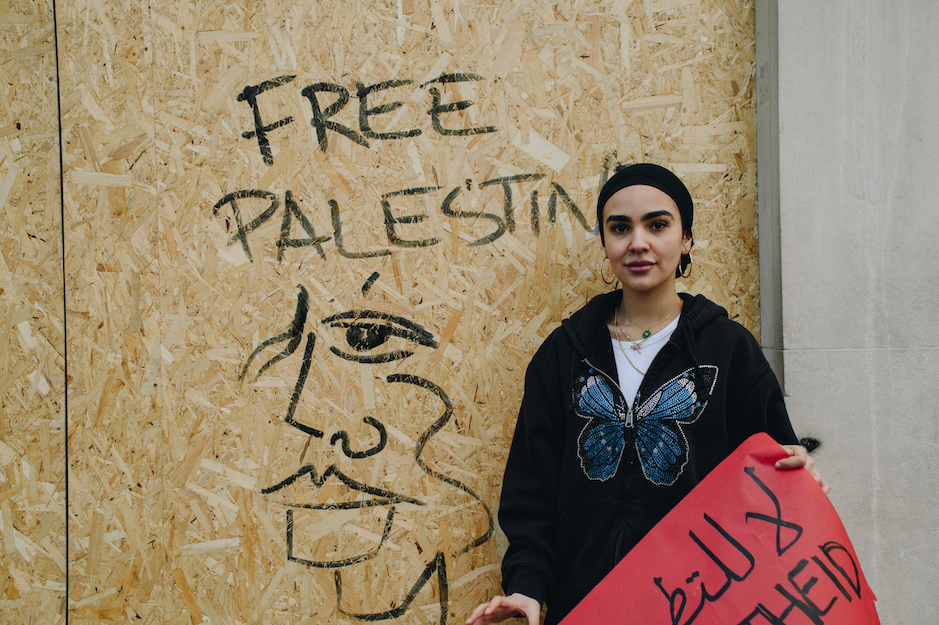 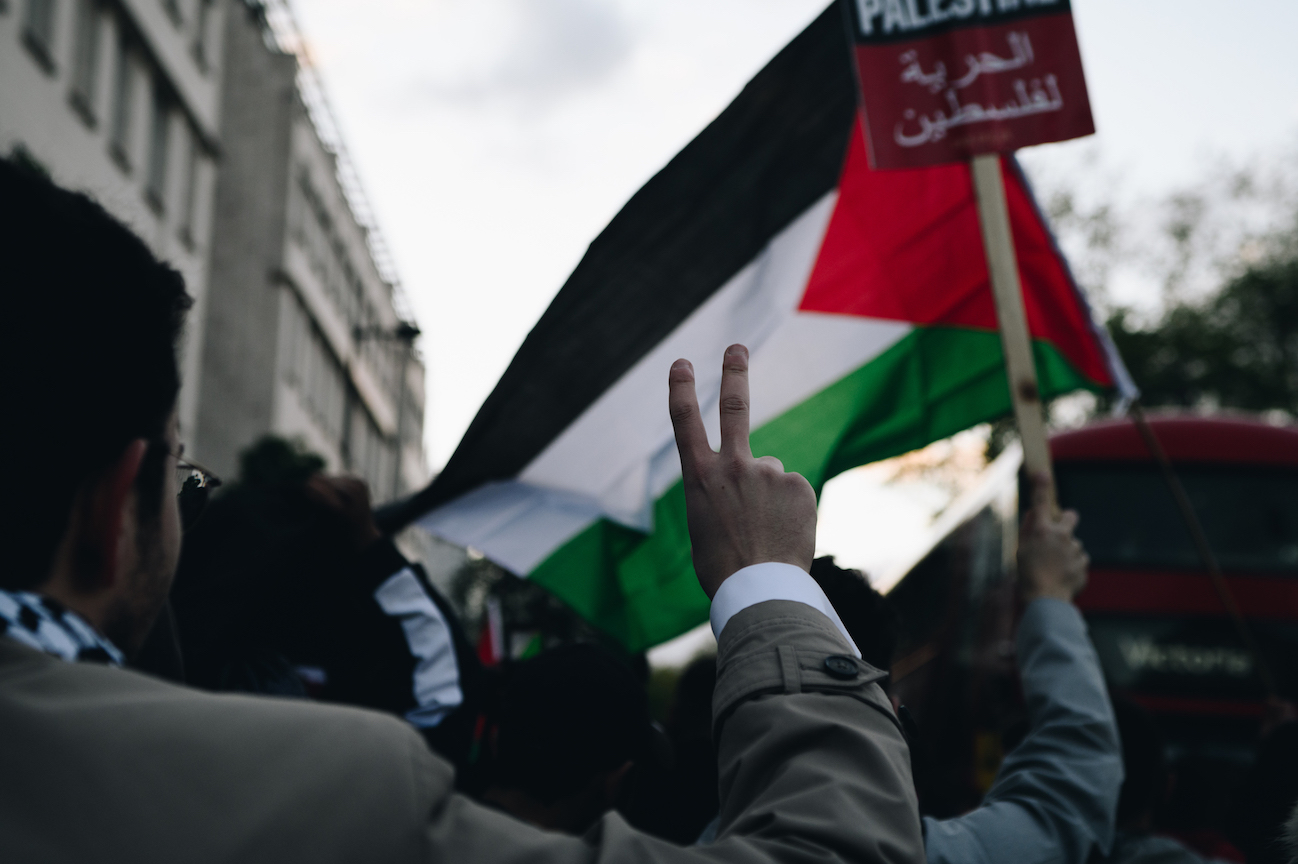 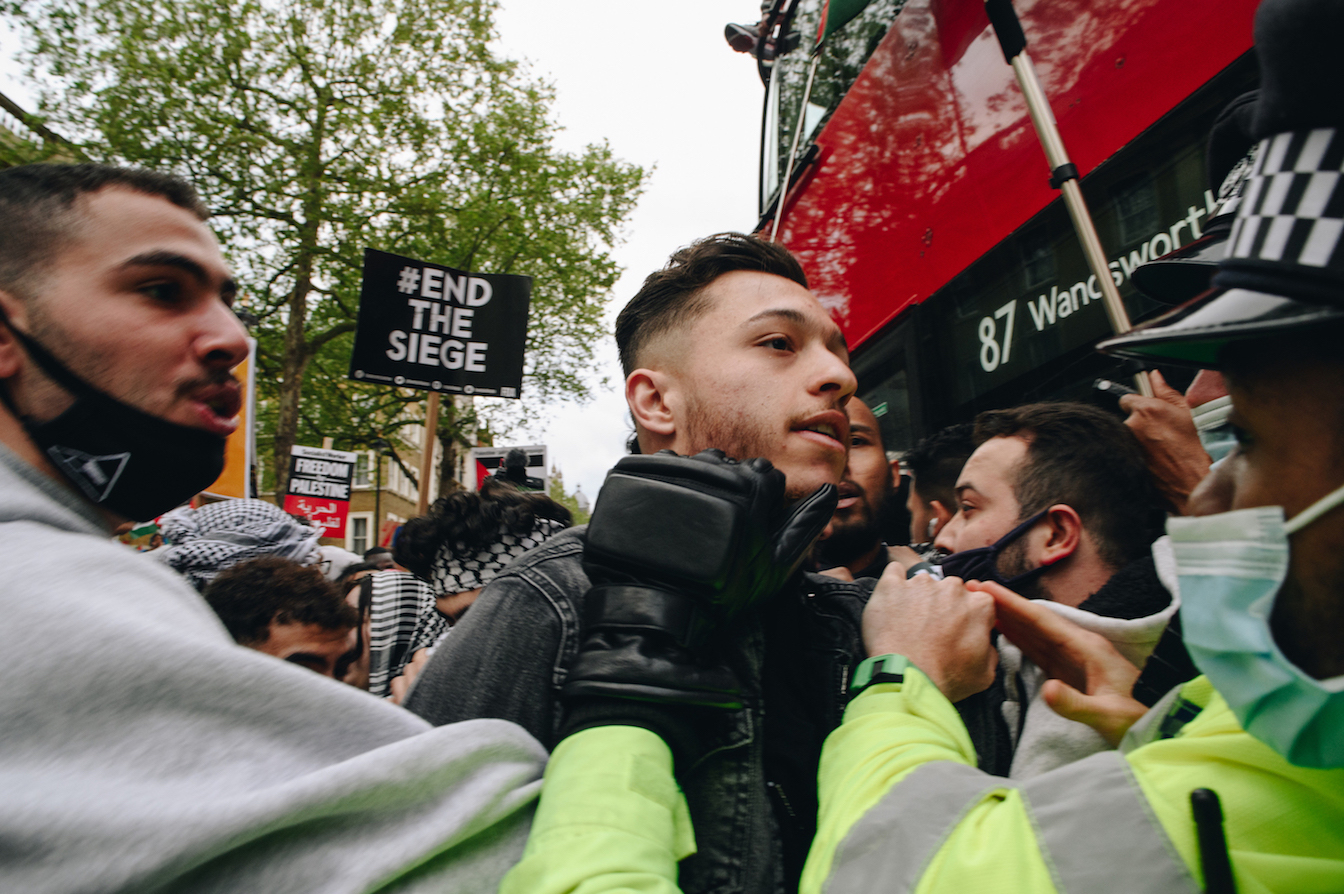 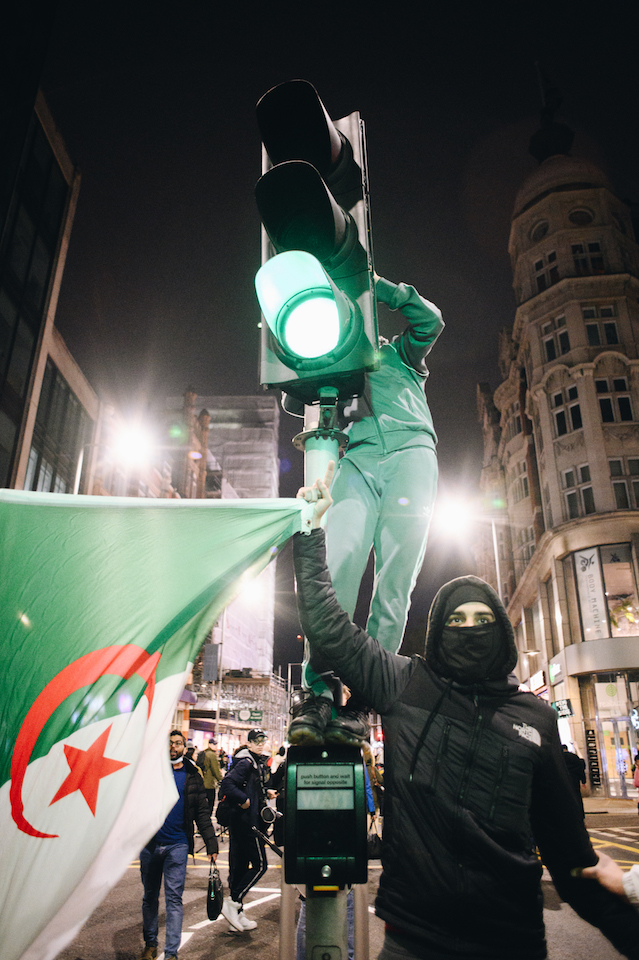 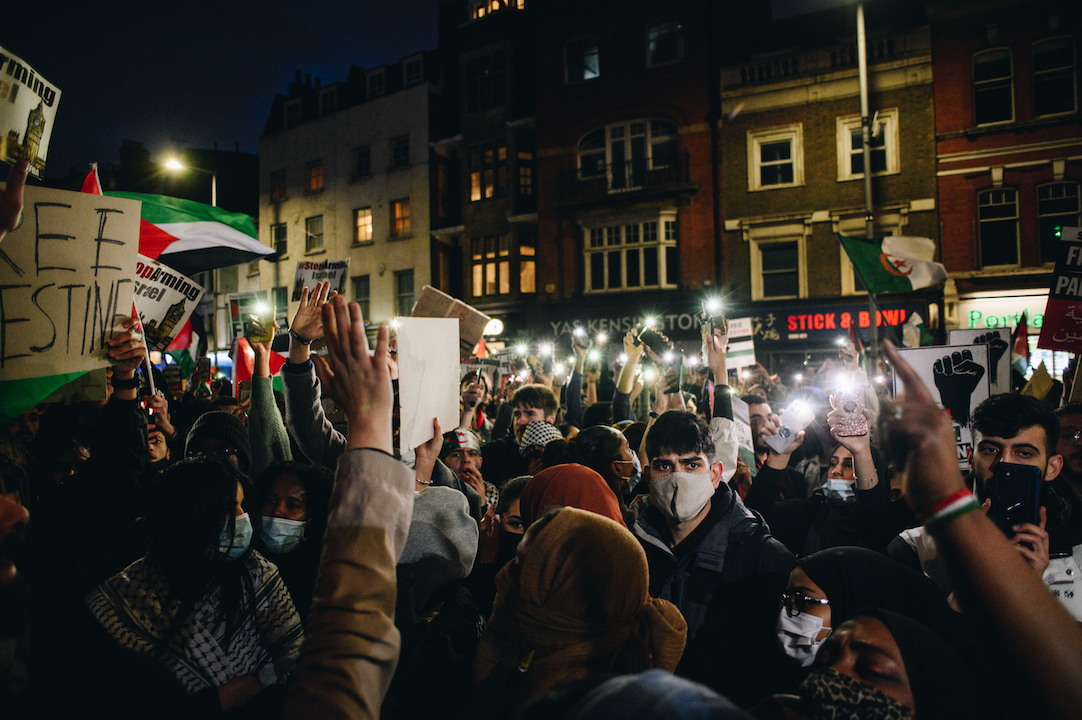 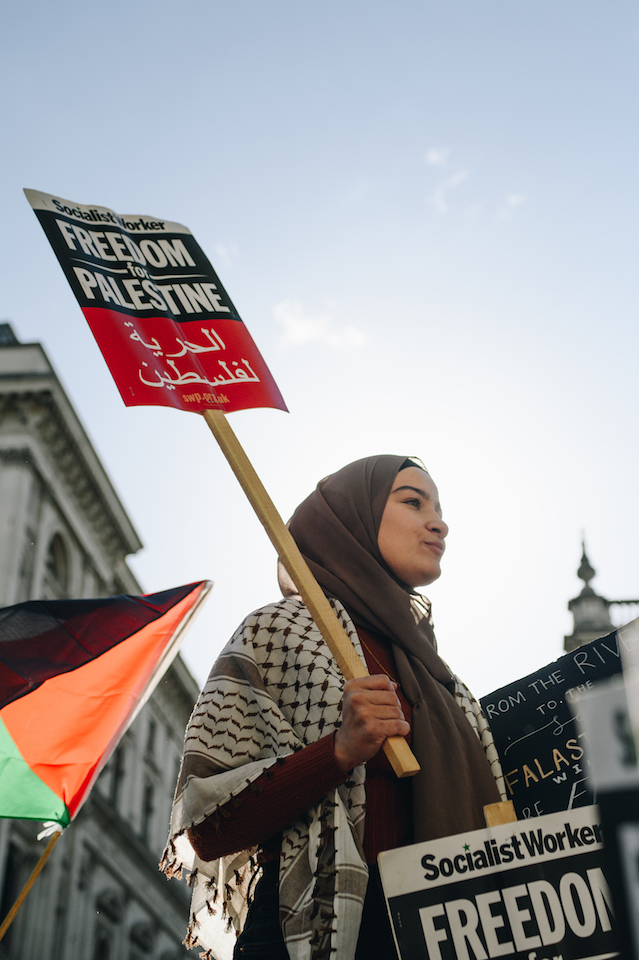 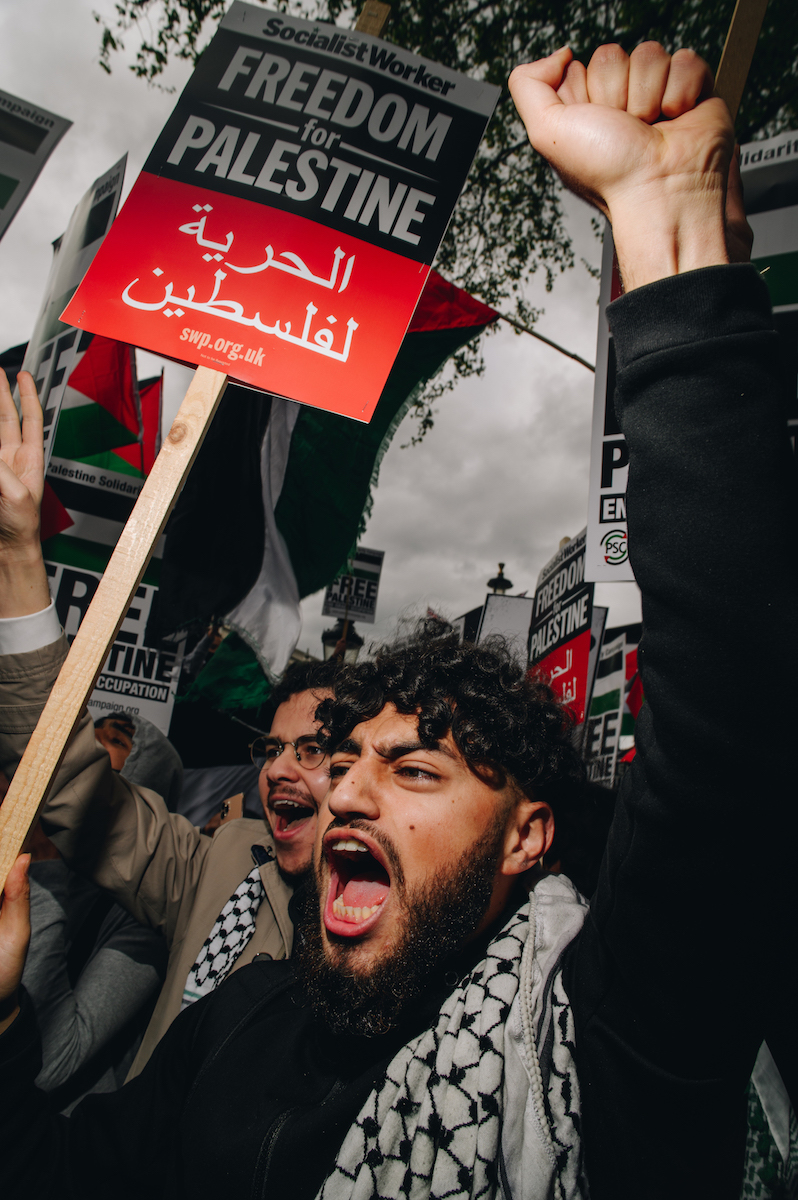 Linkedin
RELATED ARTICLES
OTHER ARTICLES
A new project is documenting formerly incarcerated people as they transition back into civilian life.
A 37-year-old woman shares how her abortion led her to become a clinic worker, and the abuse she’s received in that role.
Yesterday thousands gathered outside Buckingham Palace after news of the Queen’s death broke.
With skyrocketing rents, packed out viewings, bidding wars and more, renting in London has never been harder.
Financial turmoil is pushing people who work in the sex industry into more dangerous and desperate situations as a means of survival.
Ahead of the release of their first collaborative album, the producer and rapper talk psychedelics and the state of UK hip hop.