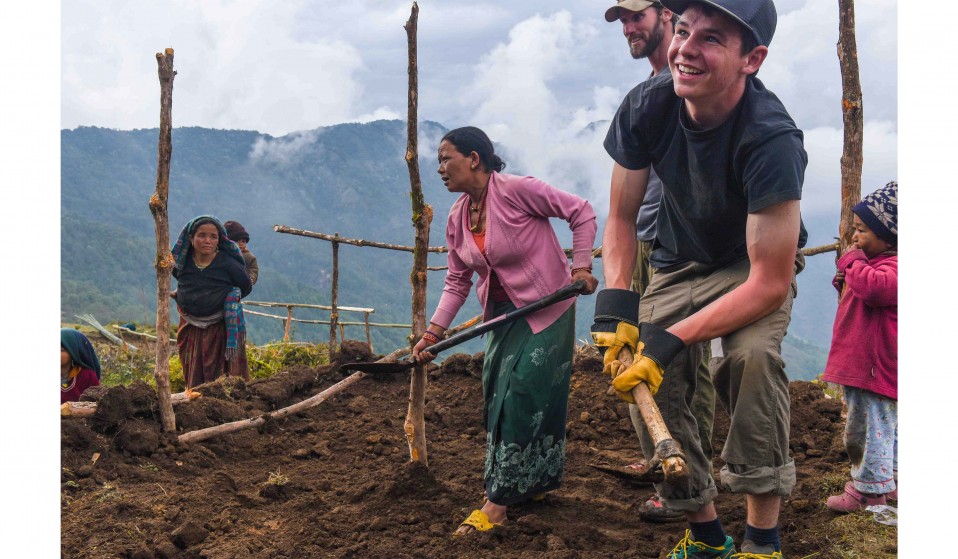 At seventeen, Matt Moniz has climbed some of the world’s most dangerous mountains. But it was his latest trip to Everest that taught him the true meaning of survival.

At seventeen, Matt Moniz has climbed some of the world’s most dangerous mountains. But it was his latest trip to Everest that taught him the true meaning of survival.

The ground beneath Matt Moniz’s feet had been shaking for fifteen seconds before the avalanche broke through the low cloud. The wall of snow came towards Everest Base Camp at 200 miles per hour, leaving him and his climbing group just enough time to scramble behind a rock, roughly two feet high.

But that was just the first problem. When that much snow comes down at that speed, it drags the remaining oxygen from the already thin air with it. So when Moniz lifted his head to see the devastated new landscape around him, he couldn’t breathe.

“We were all in a state of shock,” he says. “My adrenaline was going so hard that I couldn’t pay attention to anything… I thought to myself, ‘There’s nowhere to run to. This thing is way too big. You’re not going to survive this.’”

The earthquake that triggered the avalanche measured 7.9 on the Richter Scale. At least nineteen people died on Everest that day. According to official figures the earthquake and its aftershocks claimed 9,000 lives and injured a further 22,000 people, though the real number may be significantly higher. 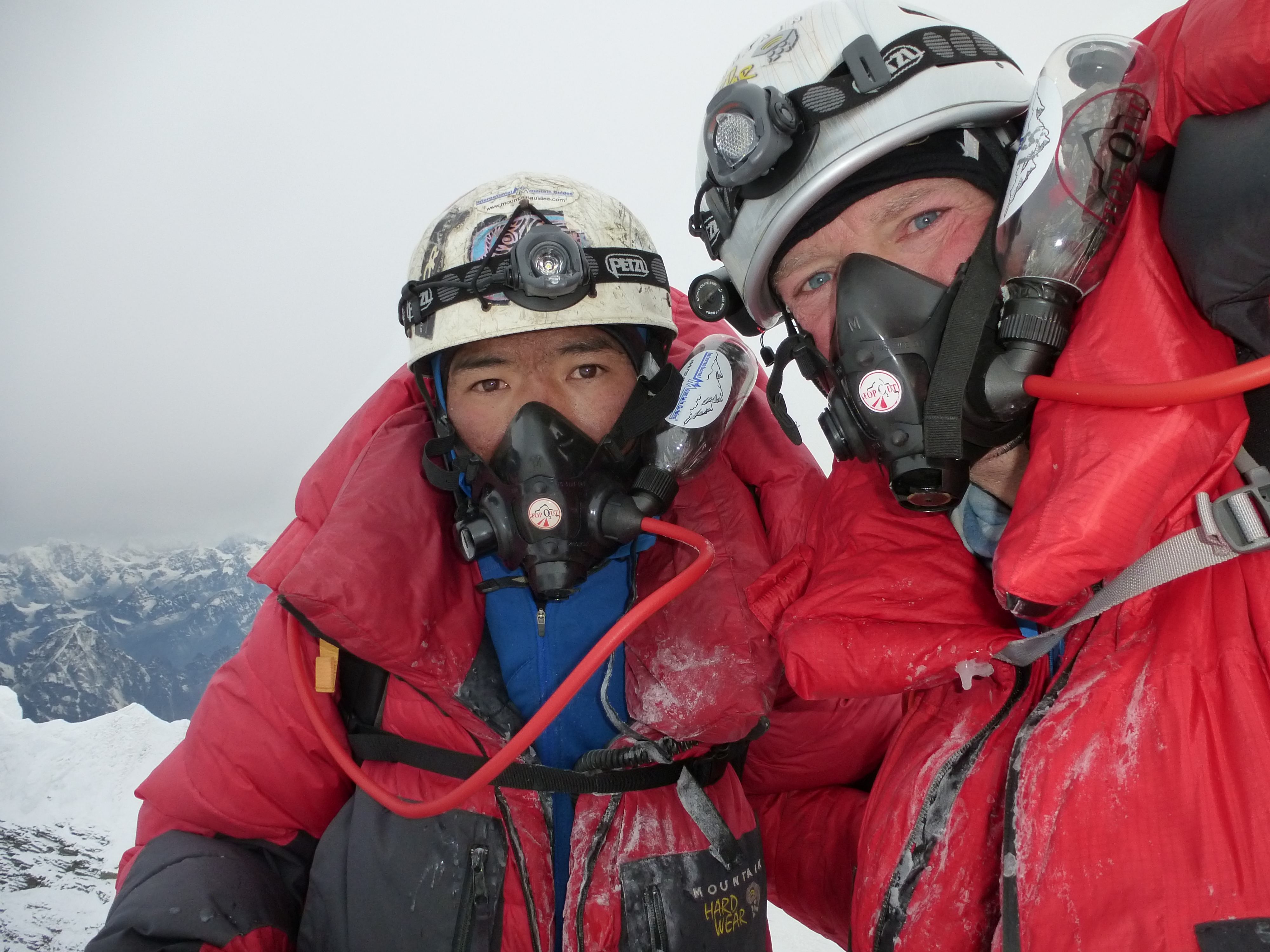 Moniz is relaying that day’s events to me on a phonecall from his home in Boulder, Colorado. He is eloquent and calm throughout. Only his impeccably polite disposition hints at the fact that he’s seventeen years old.

But Moniz, it’s fair to say, is not the average high-school junior. He’d already scaled the 17,200 feet to Base Camp at Everest aged nine. A year later he became the youngest person to reach the peak of Mount Elbrus, Europe’s highest mountain. In 2010, aged just twelve, National Geographic named him their ‘Adventurer of the Year’ after setting the record for the fastest time – not for his age, but for the world – around the highest points in the USA. 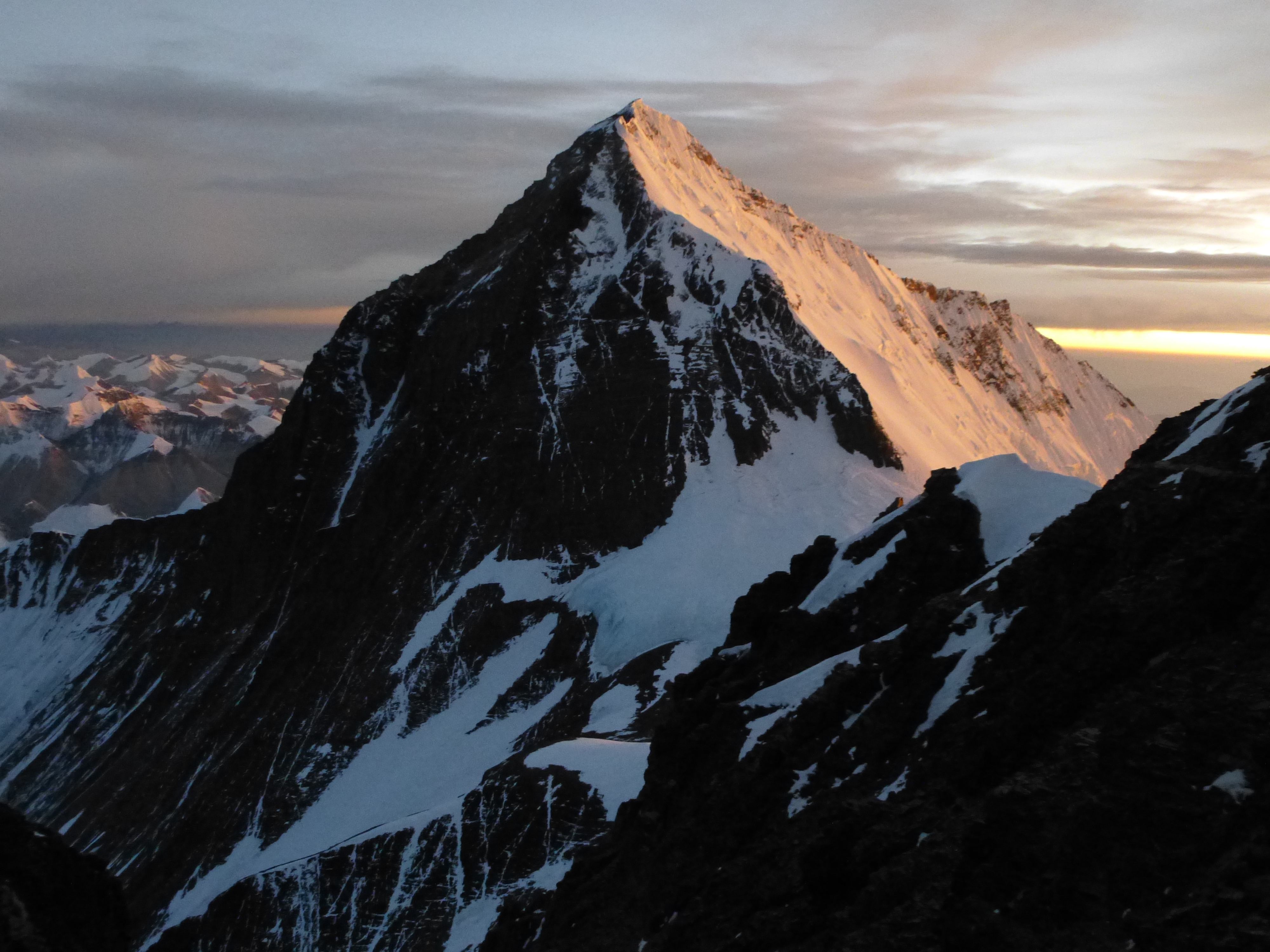 All of that, remarkably, came before he hit his teens. Above all else, the last nine years of the young alpinist’s life have been consumed by his ambition to summit the highest peak on every continent in support of his friend, Ian Hess, who struggles with Pulmonary Hypertension. Four down, three to go, it was the Seven Summits challenge that led Moniz to Everest on April 25 this year, engulfed by ruin, no air to breathe.

Whatever preparation he lacked in the immediate aftermath of the disaster (“This spring, I’m going to go and take a paramedic course,” he says, “that’s the first thing I’m doing”) he tried to make up for in crisis management later on. 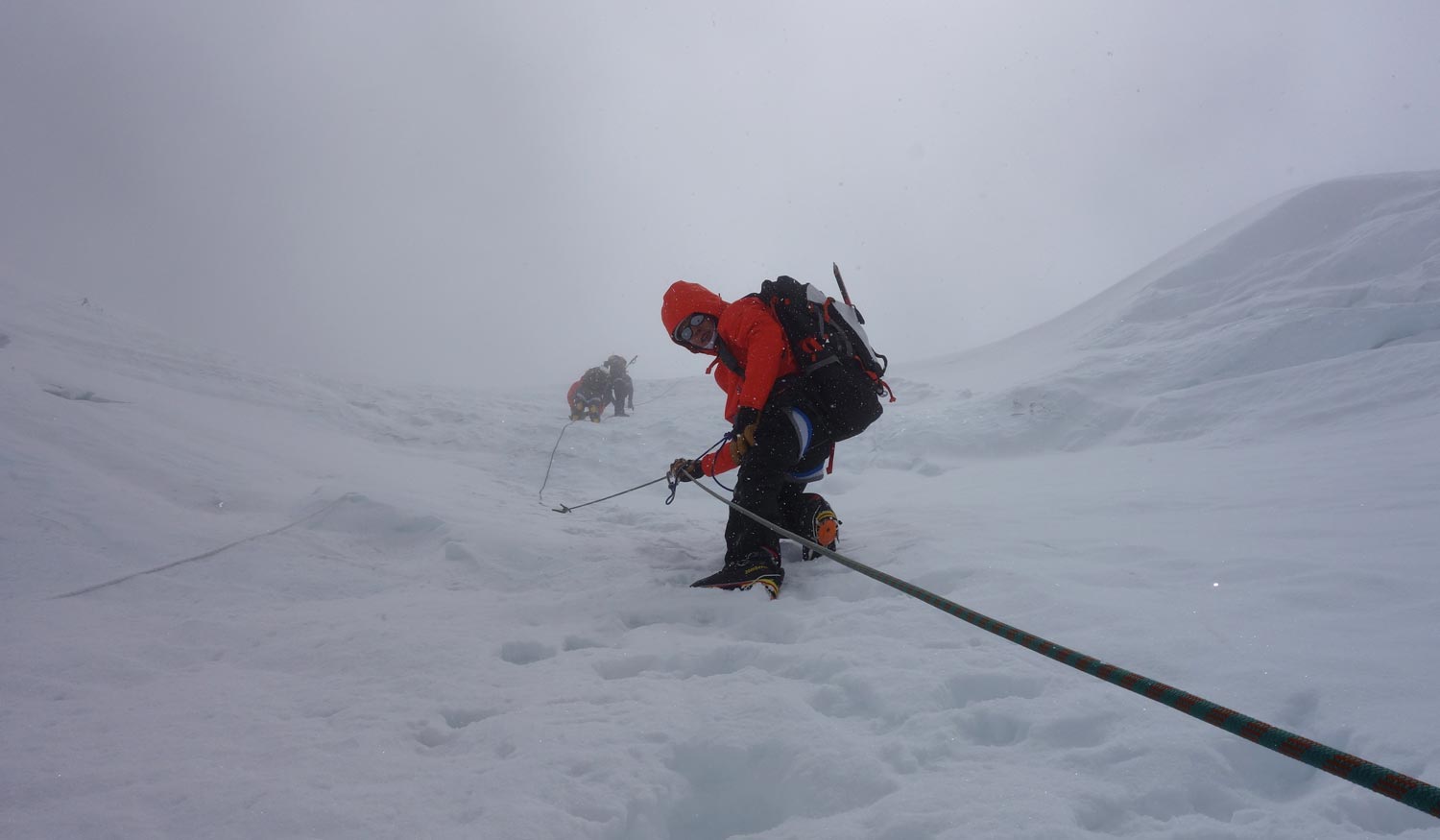 Along with his team – a crew of eight including climbing partner Willie Benegas and his twin brother Damian – Moniz stayed in Nepal to assist with the immediate relief work.

Such efforts, though, can too be fraught with logistical and political difficulties, particularly in a country as geographically diverse as Nepal. Large amounts of supplies are often dropped on small, easily accessible villages while larger towns at higher altitudes are left without essential food and medical necessities. So, with $100,000 behind them from a fundraising trip to Zurich, the team decided to take a different approach.

“After talking to the local Sherpas and looking at the whole thing, [we saw that] everyone was doing airdrops,” says Moniz easing into the conversation, still composed, but more passionate than he was when retelling his avalanche story to yet another journalist. “We were looking at it and we looked at where the money was going. Probably sixty per cent of it was used on jet fuel and helicopter companies and the rest of it was buying supplies. So we thought, ‘Why do that?’” 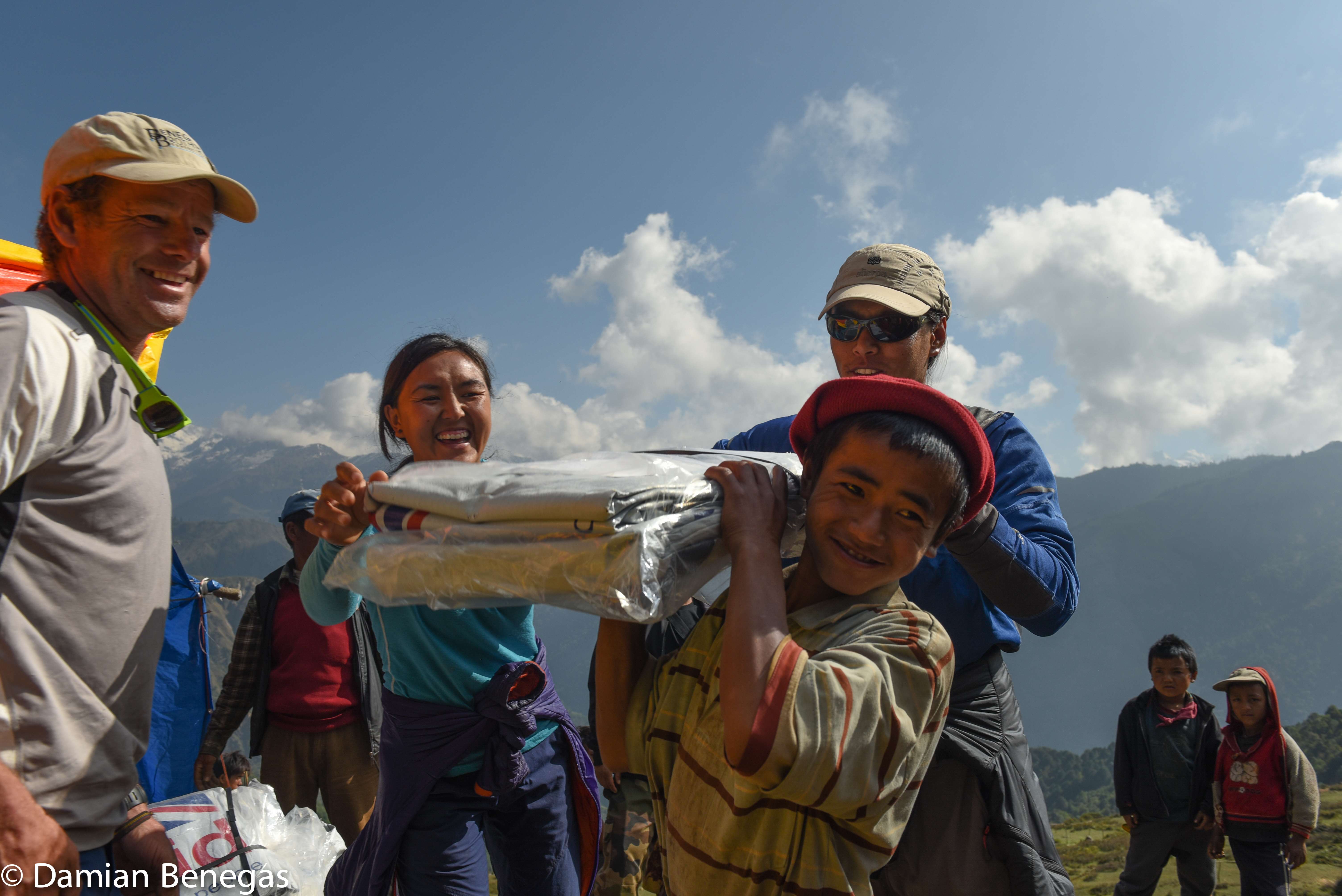 “We were looking back through history to the Civilian Conservation Corps,” he adds, “and thought, ‘Why waste all this money transporting all these supplies by helicopter when we could just hire people from the village? We can bring all the supplies in by truck which is way cheaper, then hire people from the upper villages to bring it down.’” With that basic framework, Moniz says around ninety-five per cent of the funds remained in the local area rather than being farmed out to outside corporations.

“It was my fourth trip to Nepal, and the very first trip really sparked my passion for climbing,” he continues. Where so many fall prey to the kind of Gap Year cultural voyeurism that hinders rather than helps, Moniz’s genuine commitment to working alongside the local community, a result of the time he’s spent in Nepal since his first trip in 2007, makes his passion for recovery an asset rather than a burden. “Every time I’ve been back, people have really welcomed me into their family. I think if something would have happened to me, they would have helped out. It was repaying the favour in a sense. They taught me how to climb and how to love the mountains. It was our responsibility to go back and help as much as we could.”

As for his own climbing, Moniz admits that he’s more apprehensive after the avalanche – that the experience has changed his perspective a little – but adds that he’s already looking forward to going back to the region next spring. “The mountains, climbing and skiing, is my passion and it’s what I live for,” he says. “I can’t really step away from that.”

In the meantime, though, the SATs are coming up and Moniz has been away for a long time: “I’ve got a lot of schoolwork to do.”

Linkedin
RELATED ARTICLES
OTHER ARTICLES
From the chip shops, to the bingo parlors and burlesque dancers, photographer Mike Coles remembers capturing scenes of holidaymakers by the English coast.
Protestors gathered outside Downing Street following the latest atrocities committed by Israel against Palestinians living in the besieged strip.
Following the release of his latest album, the rapper talks about finding a new approach to songwriting, attitudes to poverty, and why his music is more than a political statement.
Students are being left to languish in unsafe housing, in some cases leading to serious health complications.
The author discusses her new memoir, which offers a sobering reflection on the racism and otherness she’s experienced along with a joyful celebration of her culinary heritage.
Last week, Tower Hamlets council removed its nudity-restricting licensing conditions in a huge win for London’s kink community.