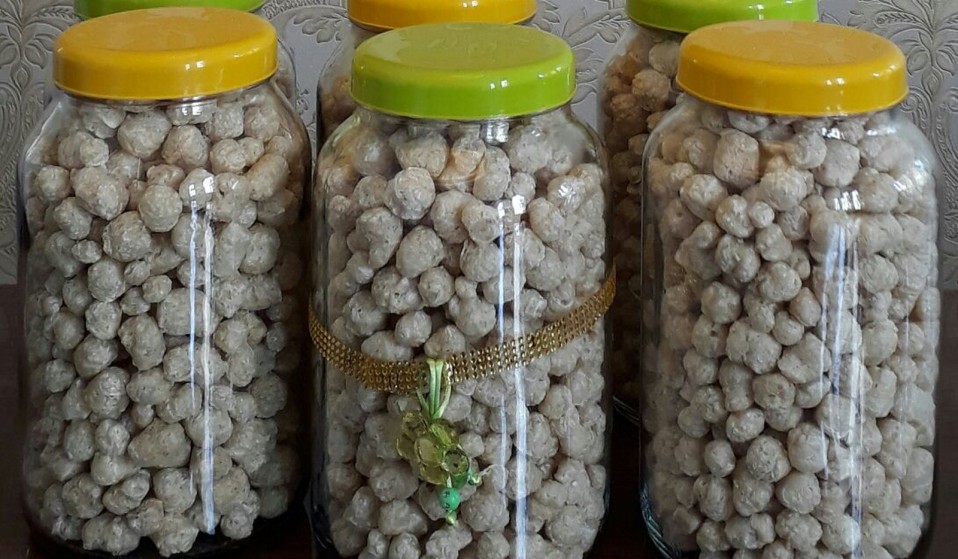 Allimento is a new dry food supplement that is set to be offered to the state’s low-income communities, in a bid to tackle ‘food waste and poor nutrition.’

Allimento is a new dry food supplement that is set to be offered to the state’s low-income communities, in a bid to tackle ‘food waste and poor nutrition.’

João Dória, the mayor of São Paulo, Brazil, has come under fire for introducing a policy that completely undermines the dignity of low-income communities.

The criticism focuses on “Allimento” – a dry food supplement which is set to be distributed to the malnourished of São Paulo. Made through freeze-drying food that would otherwise be thrown away, the supplement – which looks liked dried biscuits – is often near-expiration. It’s been given the nickname of “human kibble” by some online users.

The food is set to be processed with a product known as Farinata – a type of flour produced by Instituto Plataforma Sinergia. Its adoption as a supplement comes as a result of the Alimento Para Todos (Food For All) program, set up 10 days ago by the Mayor to “combat food waste.”

In his initial declaration, Dória posed with jars of the supplement, all of which were emblazoned with the stickers of saints. He declared São Paulo to be just the beginning, and announced plans to expand to the rest of Brazil, where approximately 7,2 million people suffer from malnutrition. Currently, Instituto Plataforma Sinergia, who produce the Farinata, have been found not to have an active factory, nor do they have the ability to mass produce, as reported by Catraca Livre.

The true core nutritional value of the “kibble” is undetermined, as is the way it is produced, which also remains uncertain.

Dória has called the flour “blessed”, and representatives of the Catholic Church – despite being theoretically separate from the state in Brazil – have been quick to express support for the mayor.

The Regional Board of Nutritionists, however, has expressed their strong distaste for the product. In a statement, representatives declared the proposal to be “against the principles of The Human Right to Adequate Food (DHAA), as well as the nutritional guide for the Brazilian population”, and a “total disrespect to the advances of the last decades within the field of food safety and the public policies in regards to fighting hunger and malnutrition.”

Criticism was also spread far and wide on social media. One of the top comments in the official mayoral announcement reads: “All of you who think this is amazing, why don’t you donate your food to those who are starving and eat only this kibble instead? Since there’s no problem there, donate your everyday rice, beans, steak and salad to the poor and keep the animal food provided by your favourite politician!”

In reply to criticism and entirely missing the point, Dória blames “ideology and party politics”, and affirms that the product was made by scientists.

What the mayor completely fails to recognise is that food isn’t merely a way to subsist and inject vitamins into the system like some post-apocalyptic films would suggest – it is a basic human right, and giving hungry people nutritional flour does not fill the social and cultural quality of an actual meal.

This is just one of many of Dória’s decisions that show a complete disregard towards the humanity of those in low income and homeless population of São Paulo. Earlier in the year, he requested for the forceful sectioning of homeless drug users by police. As well as that, the mayor encouraged the limitation of certain lunchtime foods in the public school sector, with kids being stamped or marked to ensure they were unable to get second helpings of food.

This week, after the backlash, Dória and other representatives of the Town Hall have backpedalled slightly; declaring that the distribution of “kibble” still has no specified start date. Its distribution has also yet to be strictly agreed with Instituto Plataforma Sinergia.

Linkedin
RELATED ARTICLES
OTHER ARTICLES
After a two-year hiatus and a new album, the Nigerian artist is riding high. Now, he wants to bring his alternative, genre-bending sound to the world.
The pro skateboarder withdrew from the 2020 Olympic Games so he could come out as trans. Now, he’s hoping to encourage others to live as their authentic selves – within the sport and beyond.
Mass crustacean die-offs in the North East have led a community of fishermen to take action to save their seas.
A new podcast is opening up the conversation between trans women and trans amorous men in the hope of building coalitions.
A group of aid workers face prison for helping to save people fleeing their homes at sea. If they are charged, it will have a chilling effect on humanitarian efforts.
After blocking the Scottish government’s gender recognition reform bill, Westminster is now devising further changes to the law to make it harder for trans people to self-identify.