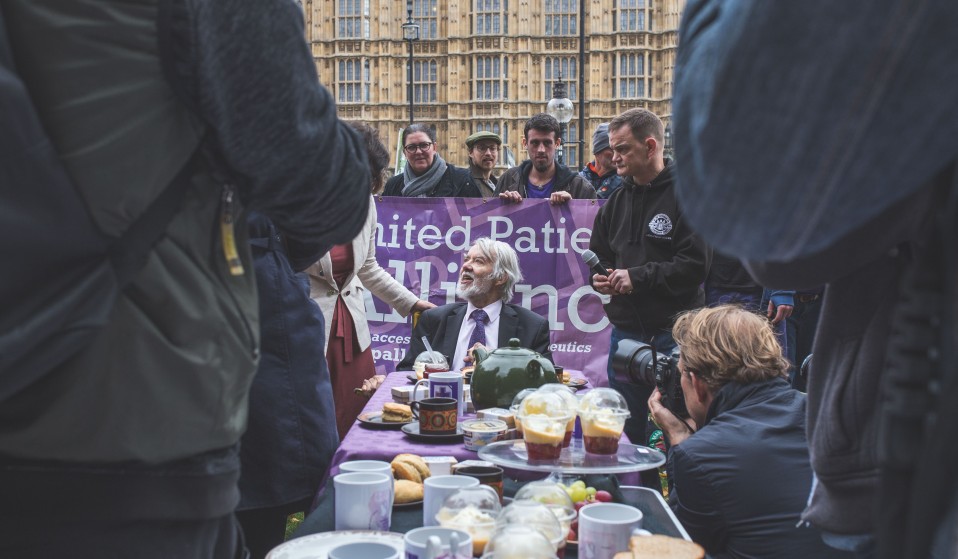 MPs and protestors descend on Parliament to demand the legalisation of medical marijuana in Britain.

MPs and protestors descend on Parliament to demand the legalisation of medical marijuana in Britain.

Politicians addressing a crowd outside the Houses of Parliament is usually nothing out of the ordinary. In fact, if anything, it’s quite a dull proposition – almost run of the mill. But at yesterday’s Patients at Parliament Protest called by the United Patience Alliance, there was a waft of something a little different in the air.

Taking a seat at a table laid for a traditional British tea was Labour MP Paul Flynn, an active campaigner and advocate for the legalisation of medical marijuana in the United Kingdom. “On Tuesday 10th October I will present a Ten-Minute Rule Bill to re-legalise the natural medicine of Cannabis,” Flynn explained to Huck. “The Bill would provide for the supply, possession and use of this medicine to alleviate the pain of millions across the UK suffering from painful and degenerative illnesses.” Outside the Commons, he was joined by Labour colleague Tonia Antoniazzi and Liberal Democrat Layla Moran. 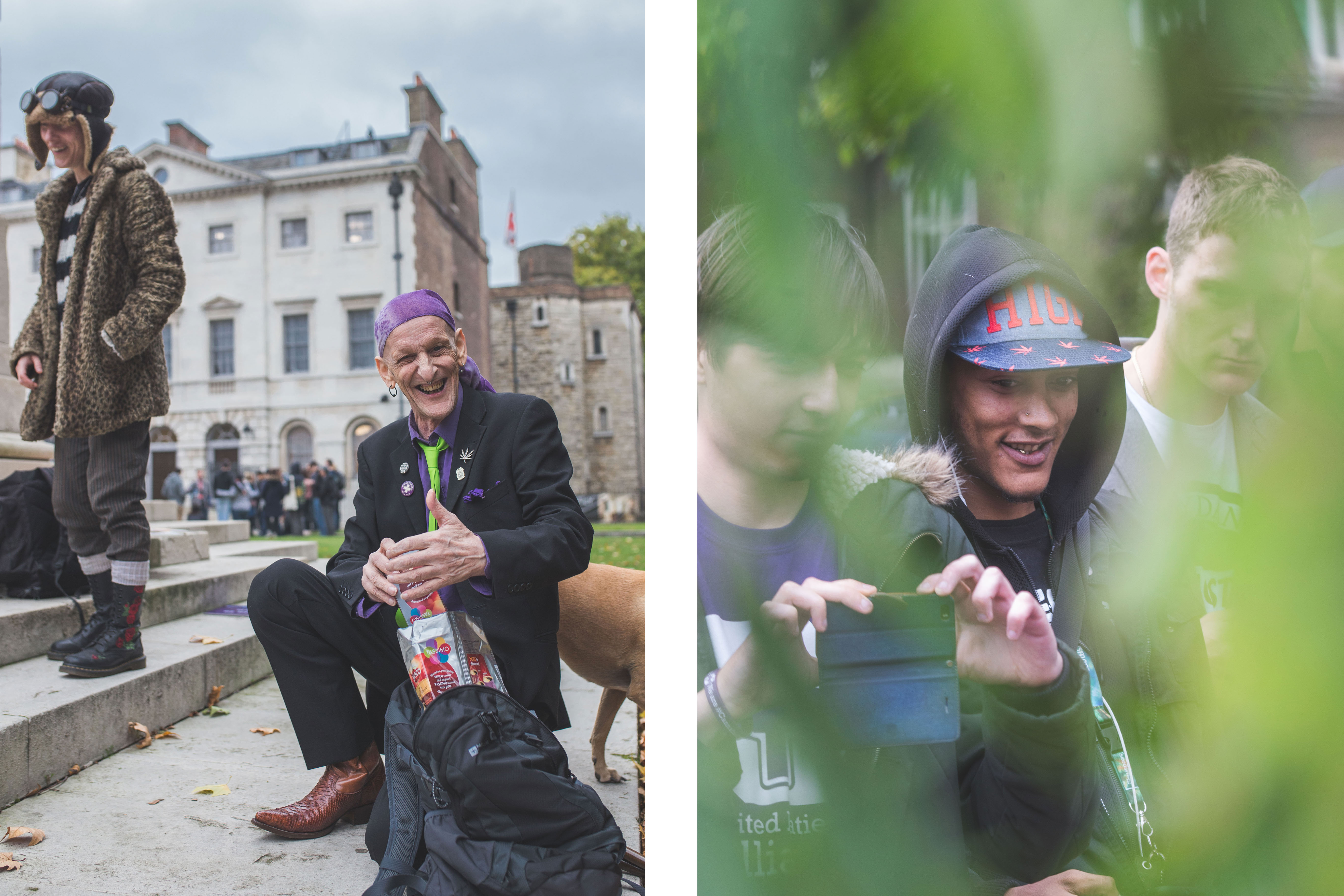 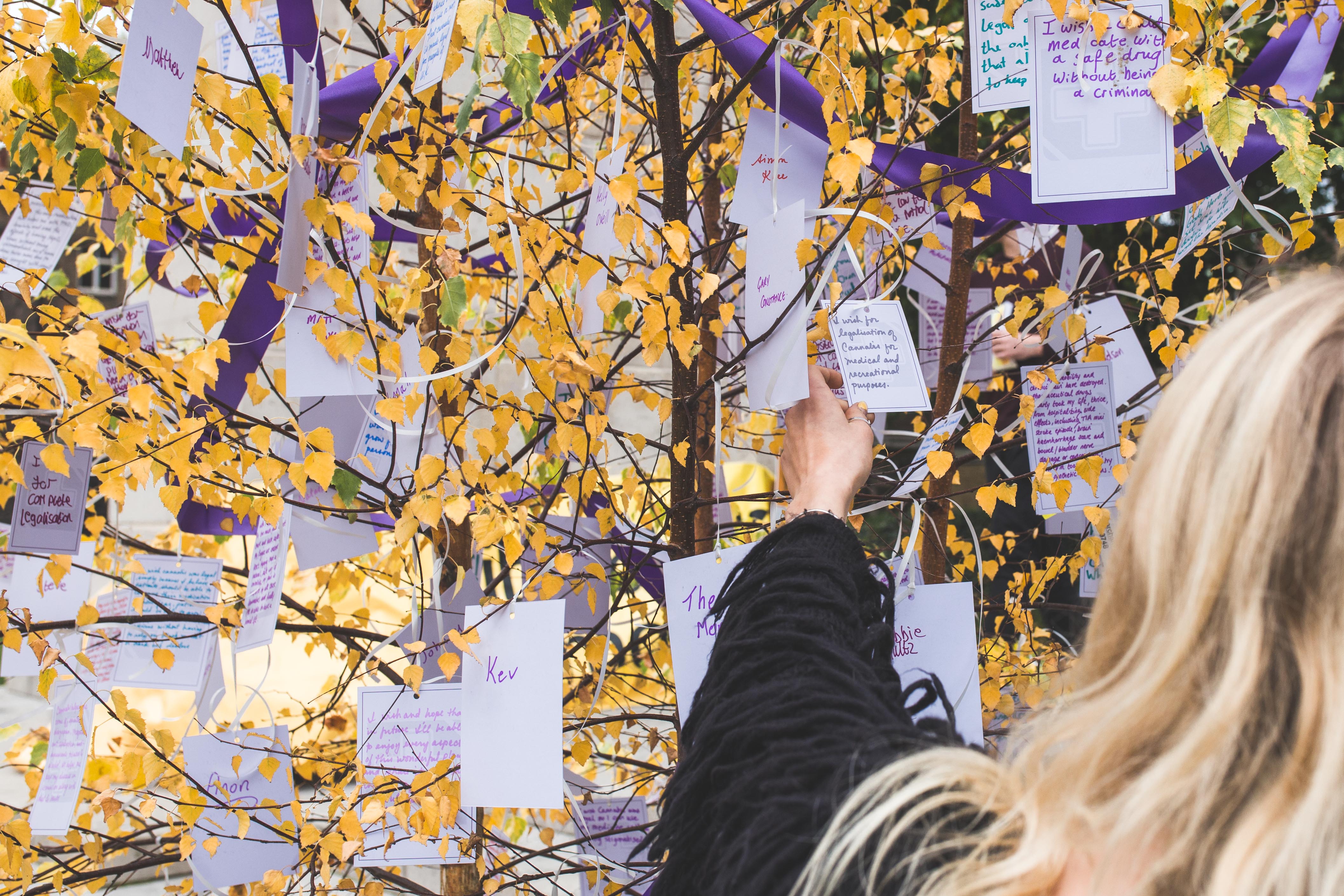 “It would not extend to the use of Cannabis for recreational purposes. Natural cannabis is well-evidenced in treating a range of ailments, including chronic pain, multiple sclerosis, and some of the worst side-effects of chemotherapy.”

Ten-Minute Rule Bills very rarely make it far in the legislative process – certainly not when they’re directly in opposition to national policy positions at the highest level. But speaking in the House of Commons provides an opportunity to draw attention, and with backing from other MPs including the Green’s Caroline Lucas and Labour’s Laura Pidcock, there’s clearly others in Westminster willing to show their support. Flynn accused the government of having an “evidence” free approach to the criminalisation of cannabis. 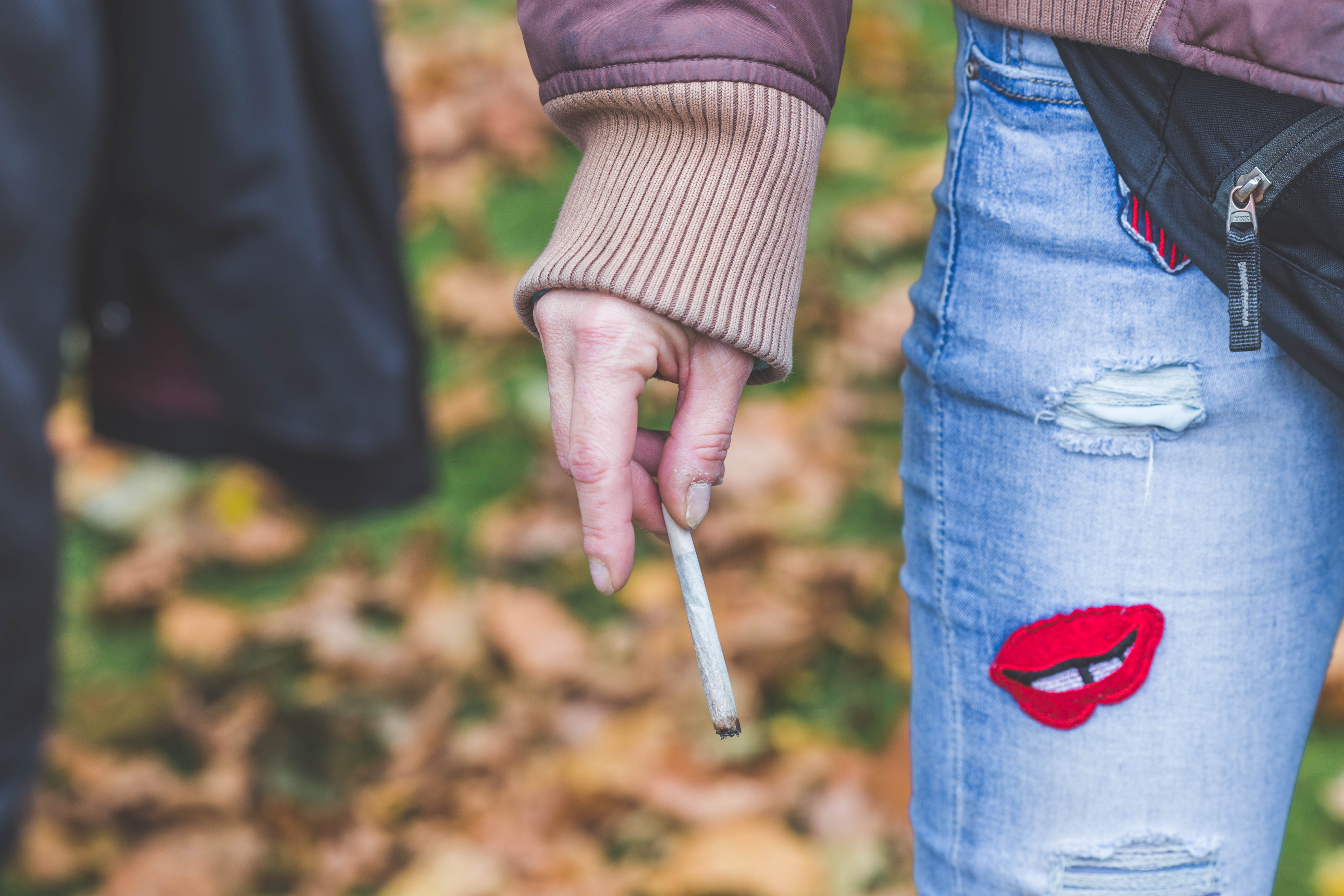 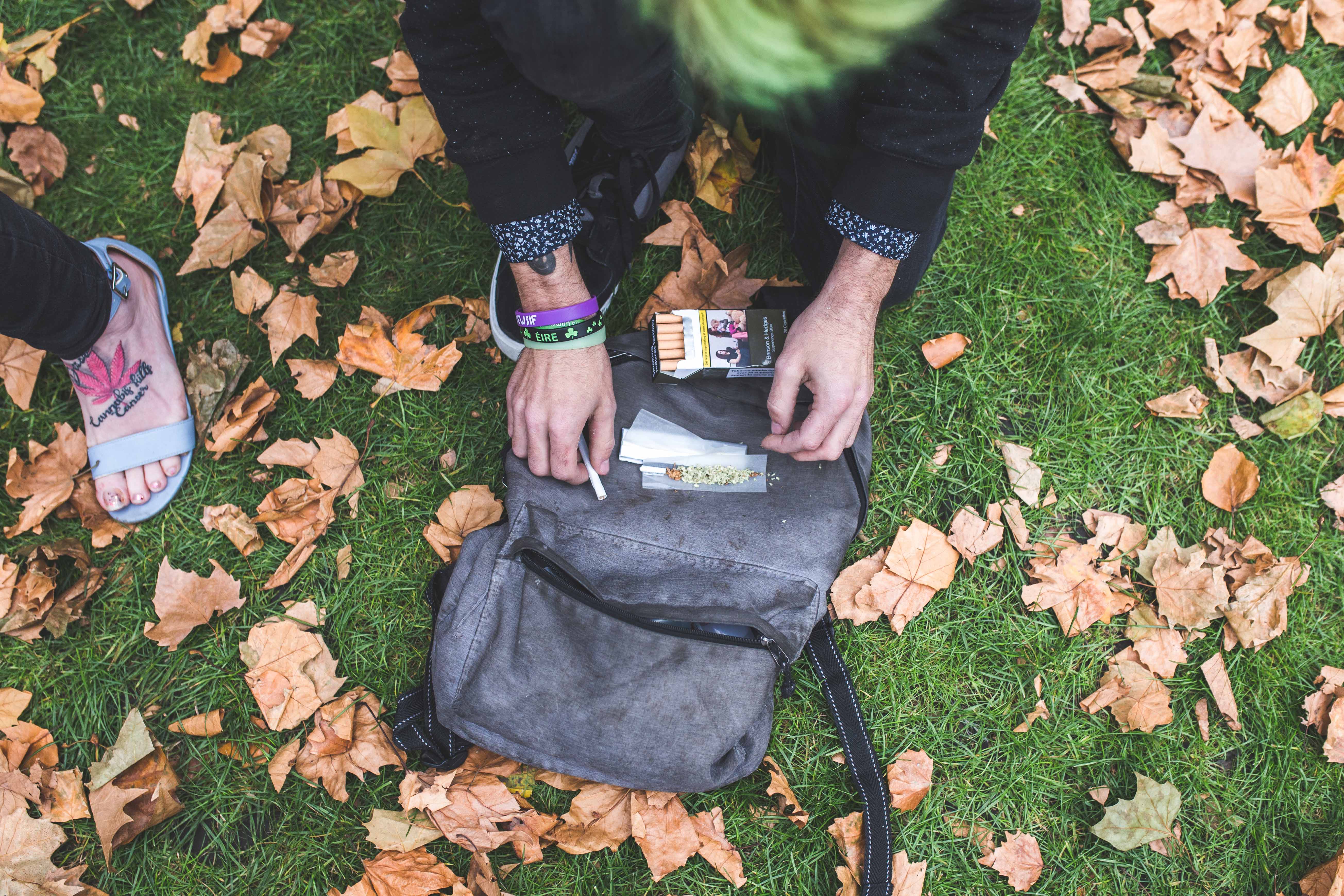 Back outside, activists sparked up joints and chatted proudly to the assembled media, explaining to reporters that Britain is lagging behind its international neighbours. 29 out of the 50 states within the USA now have provision for the supply of medicinal cannabis. It has been legalised in Canada, and medicinal cannabis is also widely available across Europe, for example in The Netherlands, Italy, Finland, Switzerland and Germany.

Campaigners and researchers say marijuana has significant medicinal uses – whether in treating PTSD, anxiety, depression or other mental and physical illnesses, and a recent poll conducted of Members of Parliament found a majority of  MPs support making it available for patients for treatment. The United Patience Alliance, who called yesterday’s action, point to research by practising Consultant of Neurology, Professor Mike Barnes, who completed an analysis of the 2000 best and highest quality medical and scientific research and trial publications and has graded the efficacy of cannabis against a number of conditions. 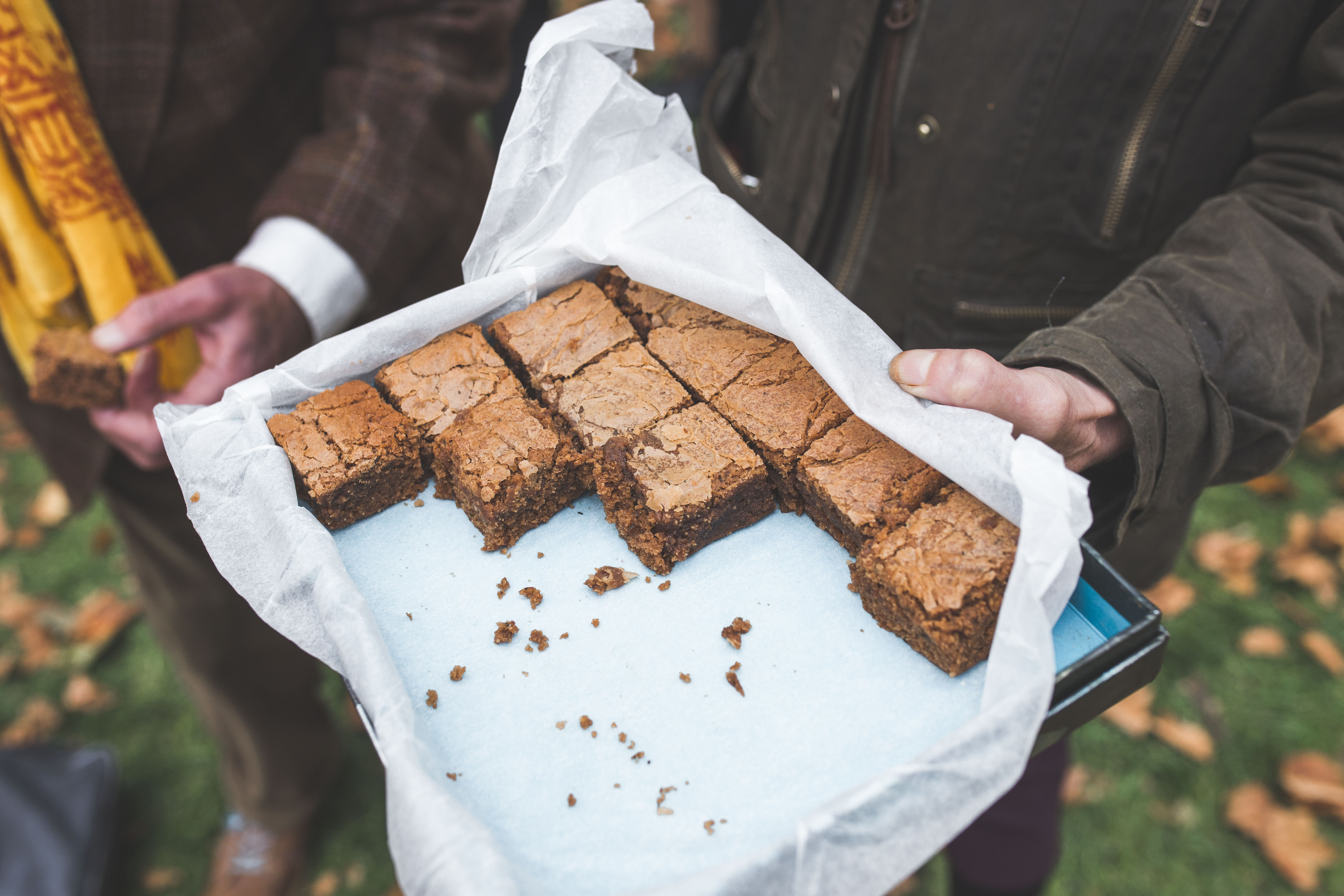 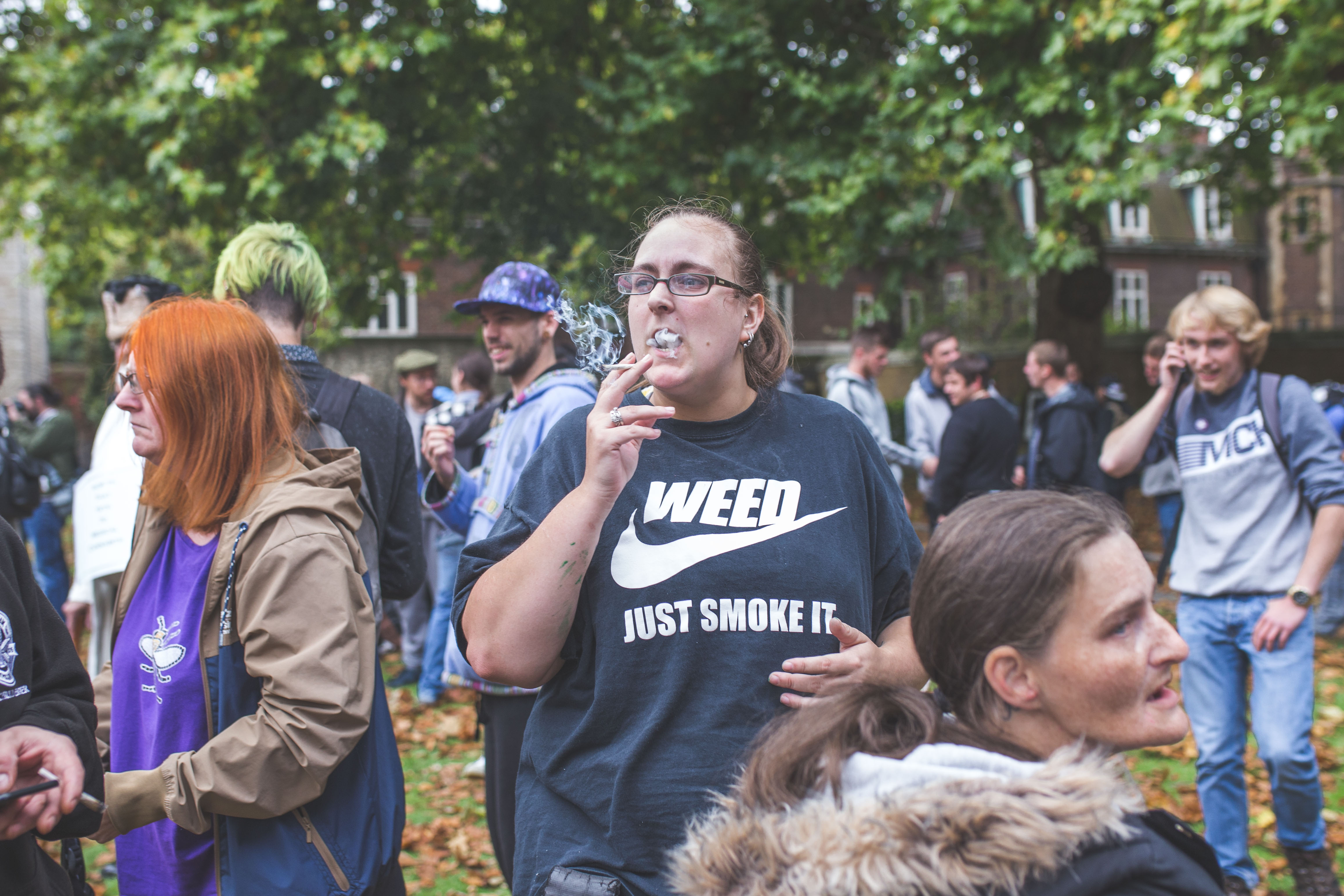 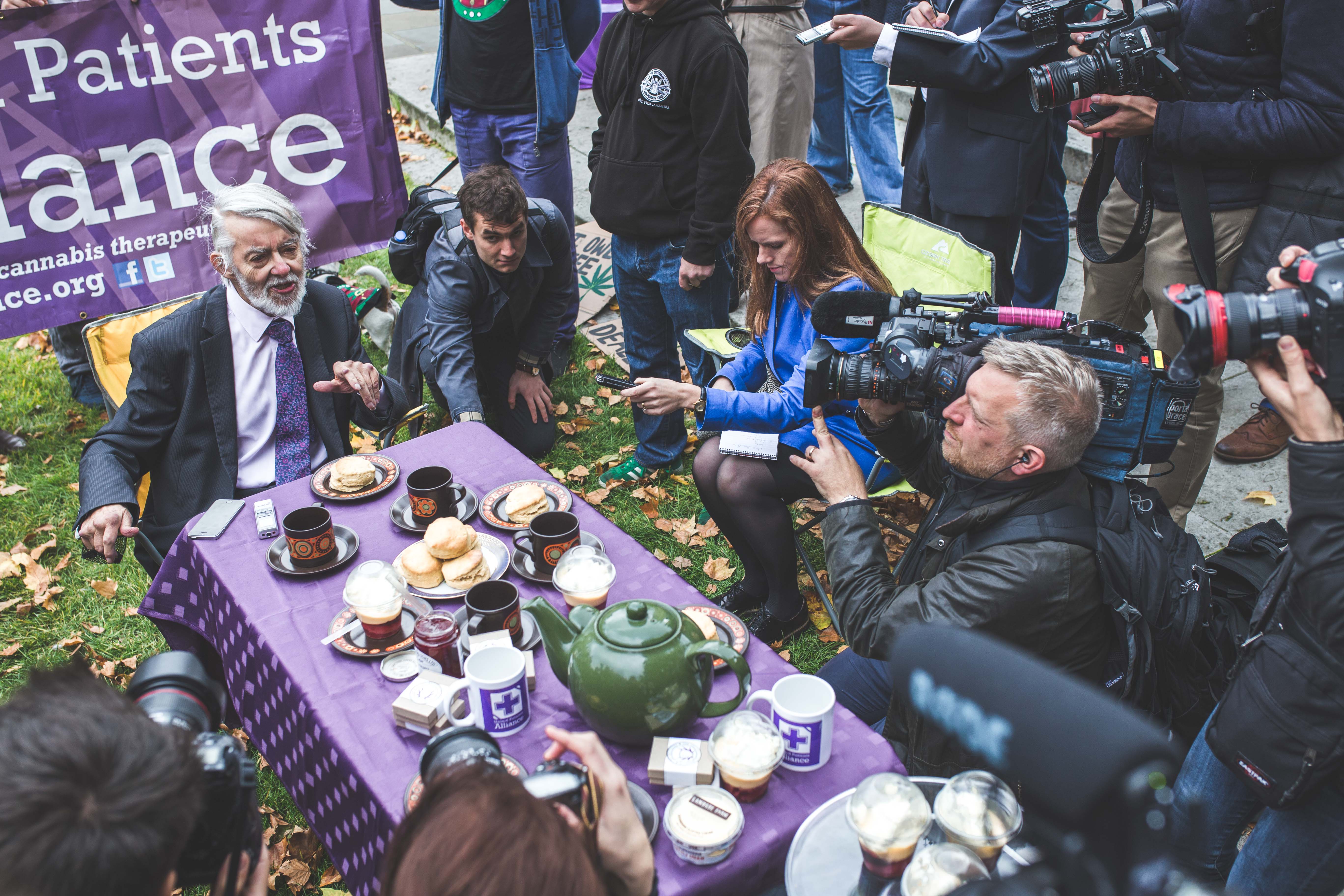 He found there is good evidence for marijuana being effective in treating chronic pain, including neuropathic pain; spasticity; nausea and vomiting (especially from chemotherapy) and in the management of anxiety. Professor Barnes found moderate evidence for sleep disorders; appetite stimulation; fibromyalgia; post-traumatic stress disorder; and for some symptoms of Parkinson’s disease Some evidence for benefits in the management of agitation in dementia; epilepsy; bladder dysfunction; glaucoma; and Tourette’s syndrome was also found.

Yesterday’s bill reading is highly unlikely to become binding legislation, but there’s almost definitely a smell of change blowing in the wind.

Linkedin
RELATED ARTICLES
OTHER ARTICLES
Social prescribing connects people with non-medical support to improve their health and wellbeing – but some experts worry it’s just a stick plaster solution.
AI companies that develop image-generators using copyrighted artwork from the internet are coming under fire from artists who say that it amounts to theft.
A new exhibitions brings together the work of photographers who documented the deep unrest of these pivotal decades.
As she gears up for the release of her first book, the 24-year-old climate activist talks standing up to authority and building a more inclusive movement.
Tristan O’Neill’s shots of dancers caught in moments of reverie at the height of rave’s golden age are a testament to the UK’s legendary club culture.
After building his reputation covering the US civil rights movement in the 1960s, the photographer went on to produce some of the most enduring images of the past century.