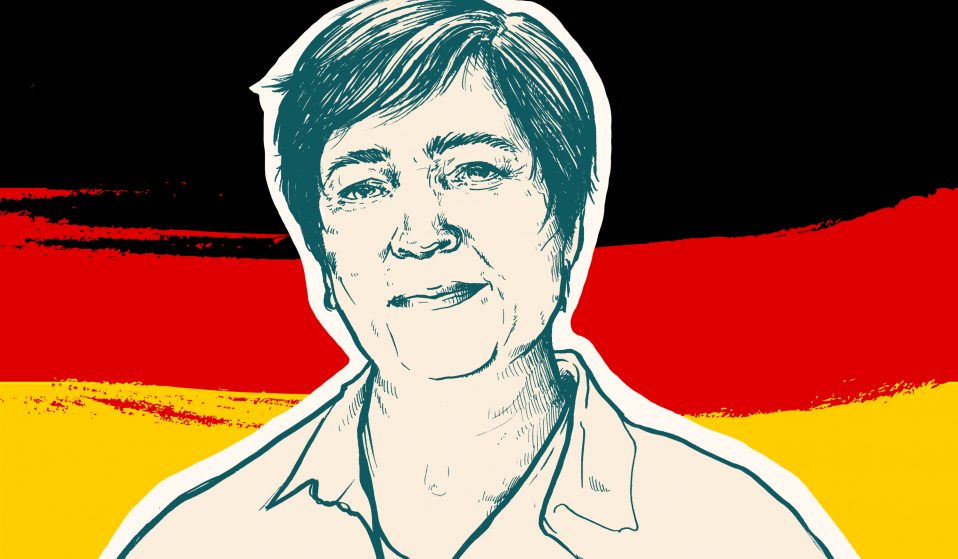 For years, Seyran Ateş has been pushing for progress in the international Muslim community, fighting off fatwas and death threats to carve out a more inclusive, welcoming space for women and LGBTQ people.

For years, Seyran Ateş has been pushing for progress in the international Muslim community, fighting off fatwas and death threats to carve out a more inclusive, welcoming space for women and LGBTQ people.

Seyran Ateş has dedicated her entire life to activism. Ever since she made the decision to run away from her family home just months before her 18th birthday, Ateş has fought passionately to protect and advance the rights of Muslim women in particular.

Over the last few decades, she has been attacked, smeared and threatened with murder because of her work. Last year these threats increased in intensity after she succeeded in an almost decade-long battle to build an inclusive, LGBTQ-friendly mosque in Berlin.

The global backlash was swift – to the extent that Egypt even declared a fatwa – but Ateş remains undeterred in her mission to protect Muslim minorities. Not only is she continuously pushing for visibility and understanding, she’s also crowdfunding a much-needed centre for LGBTQ Muslims in partnership with international NGO All Out. If successful, this would be just the latest achievement made in her impressive, storied life.

Ateş is also a writer; she’s authored several books on her own journey and also written impassioned texts about the need for a ‘sexual revolution’ in Islam. This advocacy may have made her unpopular in some of the world’s most conservative corners, but it’s also cemented her reputation as one of the world’s most fearless activists. In celebration of this legacy, we reached out to discuss media erasure of LGBTQ Muslims, the positive impact of her inclusive mosque, and the day-to-day realities of life under police protection.

Can you tell me a little about your early experiences and how – if at all – they’ve shaped your activism?
I grew up as a girl in a very traditional family, so I saw directly what it means to be affected by gender apartheid and to live a life that isn’t self-determined. Because of that, I started to think that it wasn’t my world and that I would have to just accept that men and women aren’t equal – that there are some things that girls just shouldn’t be allowed to do. So from an early age, I was thinking about these political situations, and I rebelled against them; I ran away from home at 17. I just knew I didn’t want to live like that anymore. I wanted freedom.

When did you actively become engaged with politics and advocacy?
I started at 15. I was the leader of a students’ group at school, so I would discuss our issues and organise demonstrations. It was our own little world, really – we had 1400 students. But the three years I spent in that role actually made me want to study law, because my teachers taught me you can only stand up for your rights if you understand what they are. You need to actively think about the law, society, the system: use your own brain and think about the situation you’re living in, because once you know your legal rights you can stand up and fight for them.

As a lawyer, you’ve worked with hundreds of women on hundreds of cases. Are there any notable patterns or commonalities that you’ve picked up on?
I think because I grew up in that traditional family and saw the effects of gender apartheid I got to a point where nothing surprised me any more. I started working in a women’s centre when I was 20, and there were constantly women in their 30s and 40s coming because they’d become victims of domestic violence. I saw men and women forced into marriage. There really were hundreds of cases that stuck in my mind.

I actually wrote my first book when I ran away, but 20 years later I wrote the second and I realised at that point that things hadn’t changed, especially not for women within migrant or Muslim communities. I wrote that second book because I was so angry; society wasn’t aware, and politicians were blind to the issues. That’s why I started my own office and started taking these women as my clients: because women aren’t free.

Last year you made headlines worldwide for opening an inclusive mosque in Berlin. I read that you had to constantly travel with bodyguards – is that still true?
Yes. I’ve actually had bodyguard protection from the German police since 2006, it’s not something that started with the mosque. I fight for women’s rights and for LGBTQ rights because I believe everyone should have the right to live and love however and whomever they want. I started fighting against forced marriage in 2003, and in 2011 we finally made it. But death threats became so intense that I had to close my office; I couldn’t work as a lawyer, so the German government gave me protection.

I can’t imagine what that must feel like. How do you deal with those situations?
I know it sounds horrible on paper that I’ve lived with protection for so long, but in truth, I’m thankful for it. Look at Islamic countries from Morocco to Indonesia, and the women that are fighting these states because of the headscarf – they don’t have the luxury of police protection. In Turkey, people are in jail because they’re fighting for freedom. So because I believe in God I told myself to be thankful that I’m surrounded by these protective angels who aren’t only protecting me, they’re protecting democracy. I don’t really have the freedom to go to the shops or just go for a walk, but if I traded for that then I wouldn’t be able to speak out. It makes no sense for me to have so-called freedom in exchange for silence.

Do you think an increase in Muslim visibility could result in genuine change?
We’ve already seen a change in direction; there are more and more Muslim people becoming more radical. But there are also conservative, fundamentalist Muslims, and they tend to be a lot more visible because liberal Muslims don’t tend to have any ‘signs’ or symbols of their faith. They don’t wear the headscarf or any religious symbols, so they become invisible.

At the minute you’re crowdfunding a Community Centre for LGBTQ Muslims. Why do you feel it’s so vital to have that space?
The best thing about the inclusive mosque is that there are some people who feel forced to choose between their sexuality and their religion; in that space they’re so happy, because it’s a place for them to just be who they are. I’m bisexual myself, and I know that a traditional mosque would never accept that we’re different to the mainstream. That’s a problem, so [the mosque and the community centre] are logical answers. I’ve seen so many happy faces, and even people crying because they’re so glad to be with God but also be themselves. That makes us so happy.

Do you feel like those LGBTQ Muslims are given enough visibility within the media, or do you feel like they’re often erased?
Absolutely erased, and we have to talk much more about this issue. We need mainstream debate, but we also need it within Muslim communities. That will take courage, because a few people will need to speak out in order to spark that debate. Everyone should realise there are many LGBTQ Muslims across the world, not only in Western countries. We’re standing up, and we’re fighting for acceptance.

Linkedin
RELATED ARTICLES
OTHER ARTICLES
Following the announcement of an 80% hike in the energy price cap from 1st October, crowds gathered outside the offices of energy regulator Ofgem to protest and declare their intention to undertake a payment strike.
A new project is documenting formerly incarcerated people as they transition back into civilian life.
Birdy Chu reflects on documenting the historic moment in which the territory was formally passed back from the UK to China.
A group of young Palestinians have found temporary freedom in the act of parkour, reimagining wreckage and ruins as a series of high-octane playgrounds.
A 37-year-old woman shares how her abortion led her to become a clinic worker, and the abuse she’s received in that role.
As the Scottish government announces a rent freeze, an activist with Living Rent who fought and won shares how they did it, and what must come next.