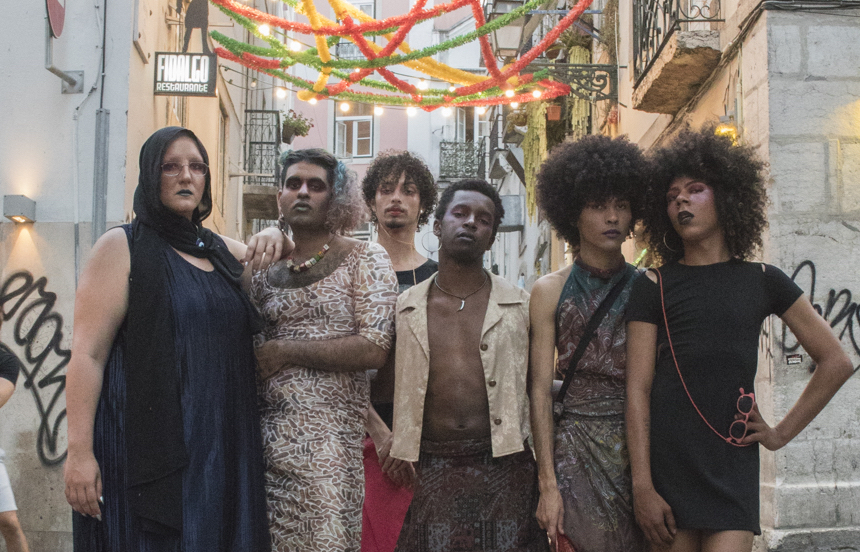 We meet five organisations who are shaking up the system: challenging police brutality, rising rents and the country’s pro-colonialist sentiments.

We meet five organisations who are shaking up the system: challenging police brutality, rising rents and the country’s pro-colonialist sentiments.

Portugal’s anti-racism movement has been gathering momentum in recent years, from the surge in public debates surrounding the country’s painful legacy of slavery, to the anti-police brutality demonstrations that coincide with the trial of an entire police force accused of racism and torture.

Last July, 18 police officers from the Alfragide police station in the suburbs of Lisbon were charged with the alleged torture and unlawful imprisonment of six young black men in 2015. “It marks the beginning of the end of an era when impunity in these kinds of cases ruled,” says activist and academic Joacine Katar Moreira on the significance of the trial.

Moreira is a member of black feminist group INMUNE – just one of a number of new organisations that have recently formed in the city – and is among the activists and intellectuals who protested the “spirit of colonial revel” proposed by a new museum called The Discovery. As May’s Eurovision Song Contest held in Lisbon confirmed, Portugal’s “Age of Discovery” is often celebrated, while the violent, exploitative nature of its colonial past is rarely confronted. 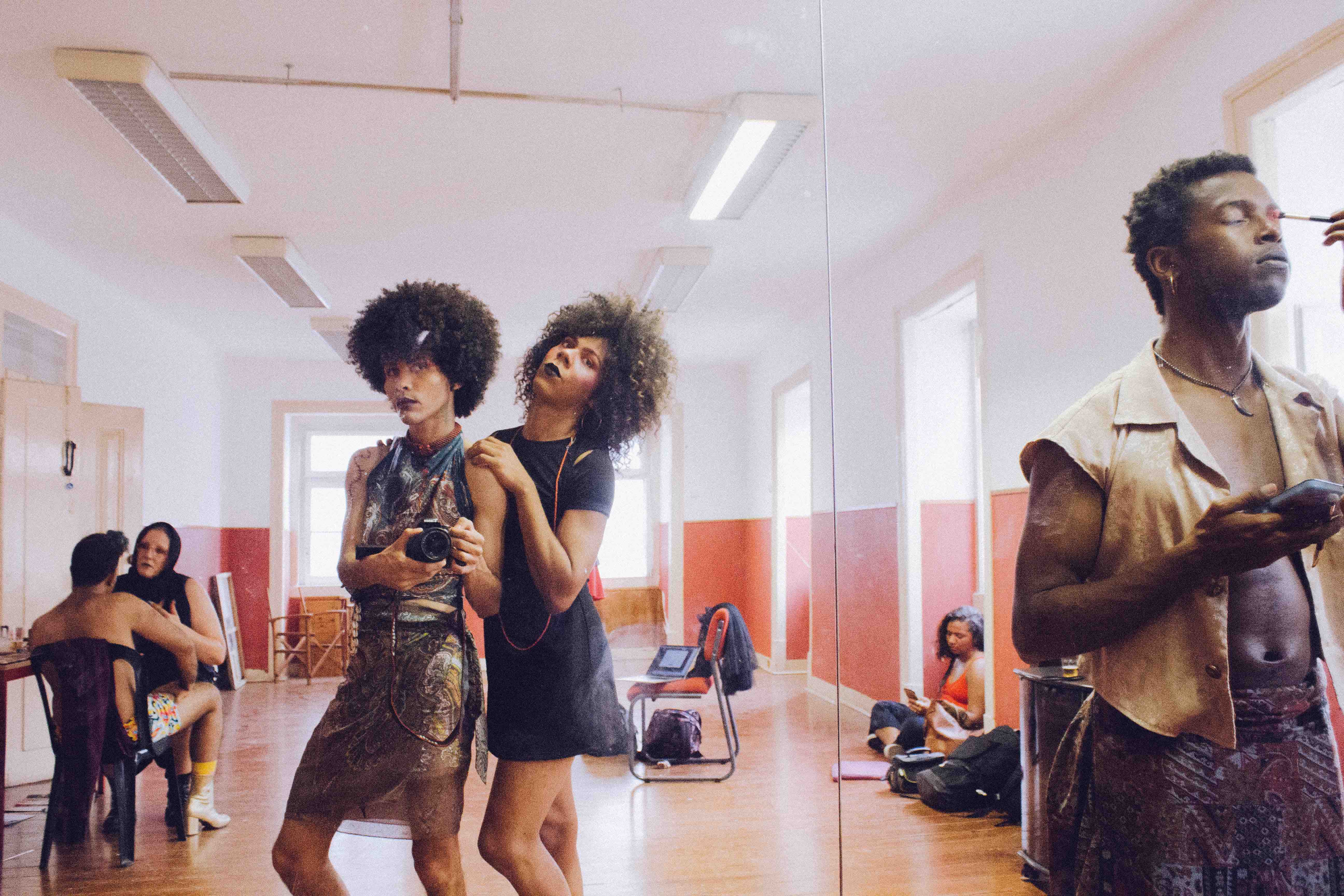 Voted for by citizens in December, the country’s first slavery memorial is set to be built along the waterfront near Lisbon city hall – the site of former slave jail Casa dos Escravos. Its impending arrival has sparked a public debate that has, in turn, highlighted the divisions in Portuguese society. “Portugal is in deep cultural, social and structural denial of its colonial inception, history and actuality,” offers artivism collective Mãos de Cura.

Outside of the anti-racism movement, anti-gentrification activists have also been fighting large-scale housing evictions and escalating rents. Sometimes using art as a tool for change, Left Hand Rotation is one of the groups adding to a collective force that has been defending the right to the city. Huck caught up with the collectives making space and dedicating time to activism in Portugal.

The Instituto da Mulher Negra em Portugal (INMUNE), which translates as the “Black Women’s Institute in Portugal,” formed in July 2018 from a collective need “to place the black feminist agenda in the Portuguese anti-racist movement and in the national feminist movement itself,” according to Joacine Katar Moreira. Many of the women involved with INMUNE were activists prior to its formation, but hail from different academic and professional areas. “Some of us were born in Portugal, children of African immigrants, others came to Portugal with their parents in their first years of life,” explains Moreira. 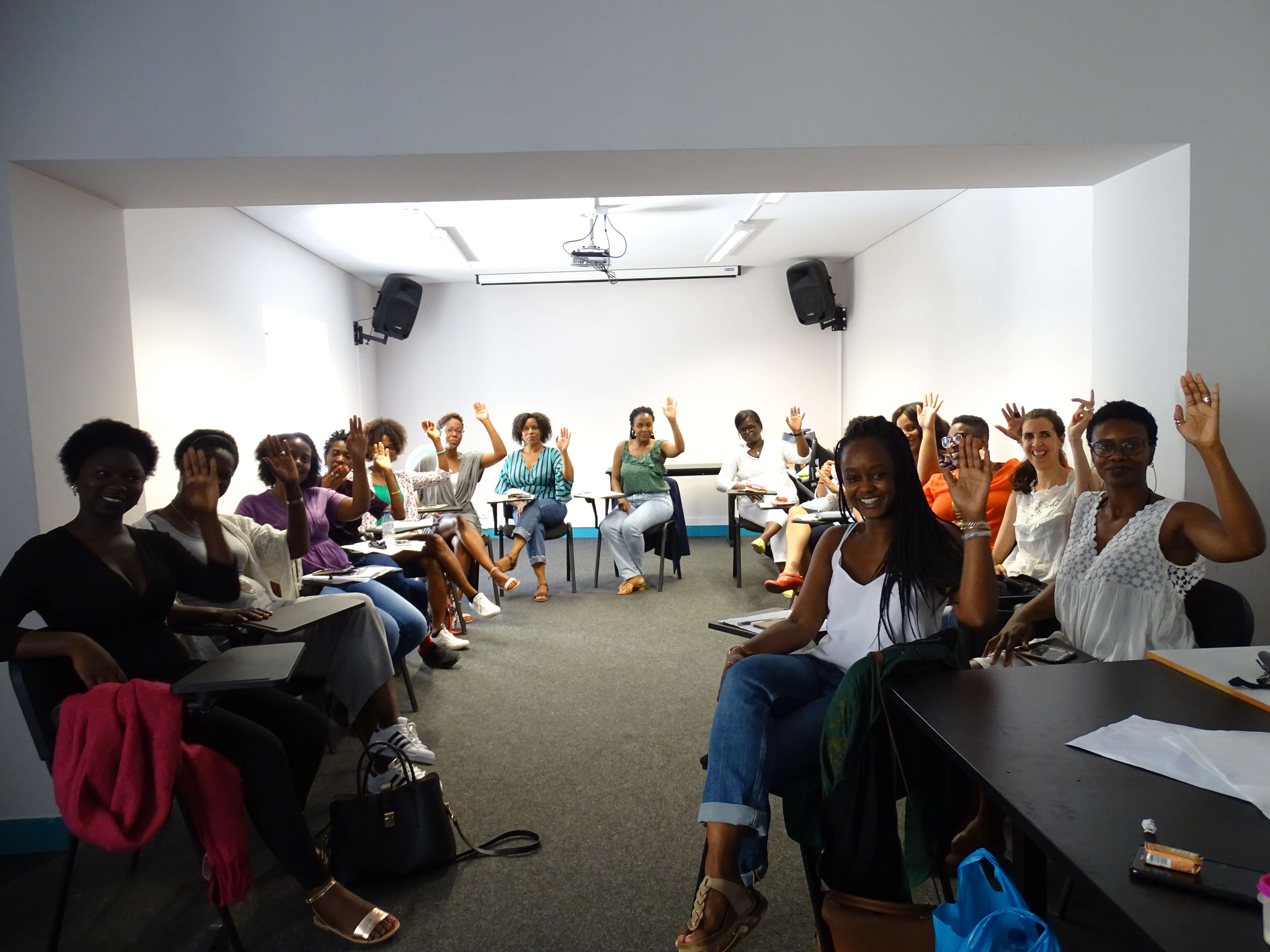 INMUNE is an intersectional institution. “We understand that it is urgent to fight against gender violence, against the triple discrimination that the LGBTQI + community has suffered,” continues Moreira. The group aims to expand its reach in the future. “We intend to work closely with other structures, not only at a national level but also at an international one, due to the increasingly globalised nature of all these issues,” explains INMUNE member Angela Graca. The collective is currently working on its action plan for 2018-2019, with two conferences in the pipeline, one focussed on black and Afrocentric feminism and the other focussed on black identities in Portugal.

“It’s very hard being an immigrant here in Portugal,” states a member of the newly formed anti-racist collective, Coletivo de Ação Imigrante e Periférica (“collective of immigrant and peripheral action”), aka CAIP. Made up largely of Brazilian activists, along with members from the non-white Portuguese and immigrant communities, CAIP was borne from the “need to protect ourselves, to fight for what we think of fair, and because of the lives of immigrants here in Portugal are very hard,” explains V, who prefers to remain anonymous. 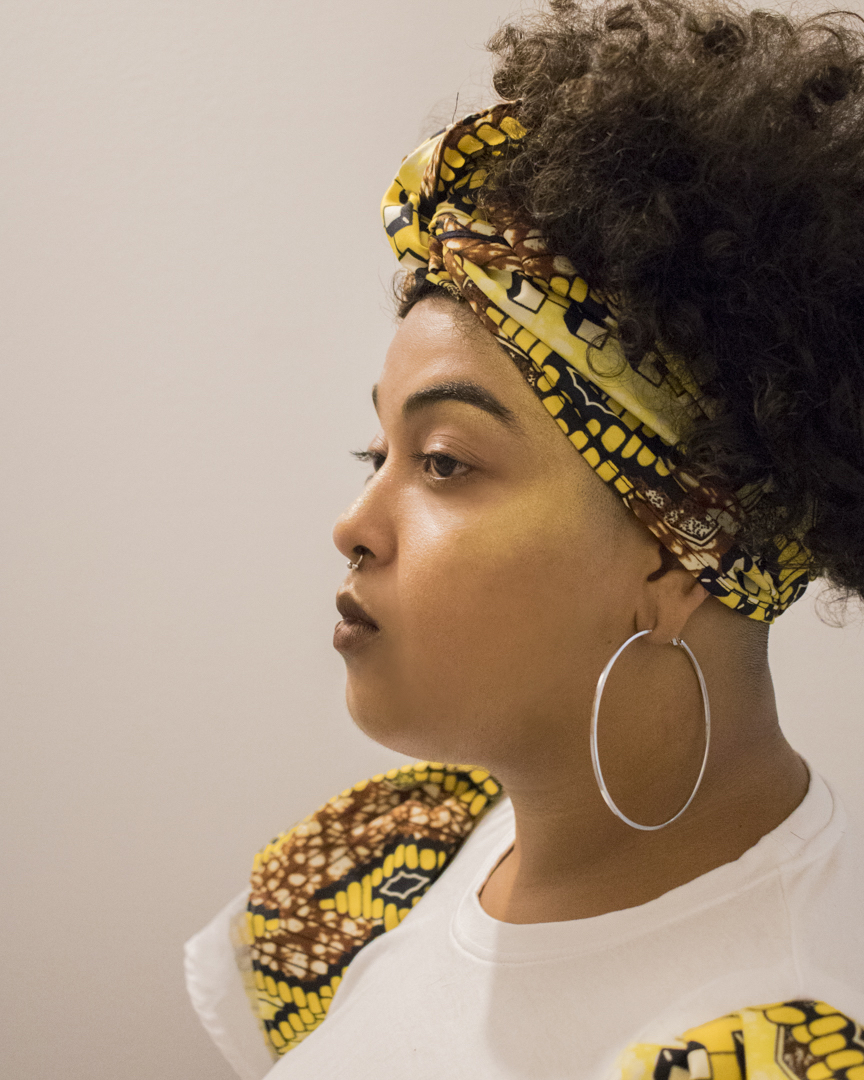 CAIP’s manifesto is a work-in-progress, although V emphasizes the intersectionality of the organisation, while describing its focus as street art and cultural events, along with demos. Its launch event was a hip-hop-led night at Casa do Brasil in central Lisbon. “We want to use the cultural expressions of our people to raise awareness and so our voice can be one of many organisations of immigrants.”

Members of CAIP were present at an anti-racism protest in Lisbon last month that was threatened by the presence of Portugal’s far-right National Renovator Party. The extreme right in Portugal is by no means as prominent it is in other parts of Europe, but V thinks it has grown probably due to “immigration and anti-racist activists becoming more organised.”

Mãos de Cura (“Hands of Healing”) is Lisbon-based gender non-conforming performance artivism collective comprising makeup artists, illustrators, actors, graphic designers, performers and directors. All members have developed their art practices in a range of countries, from Brazil and former Portuguese colony Guinea-Bissau to Turkey. “We navigate the art world in all our intersectionalities,” they say. 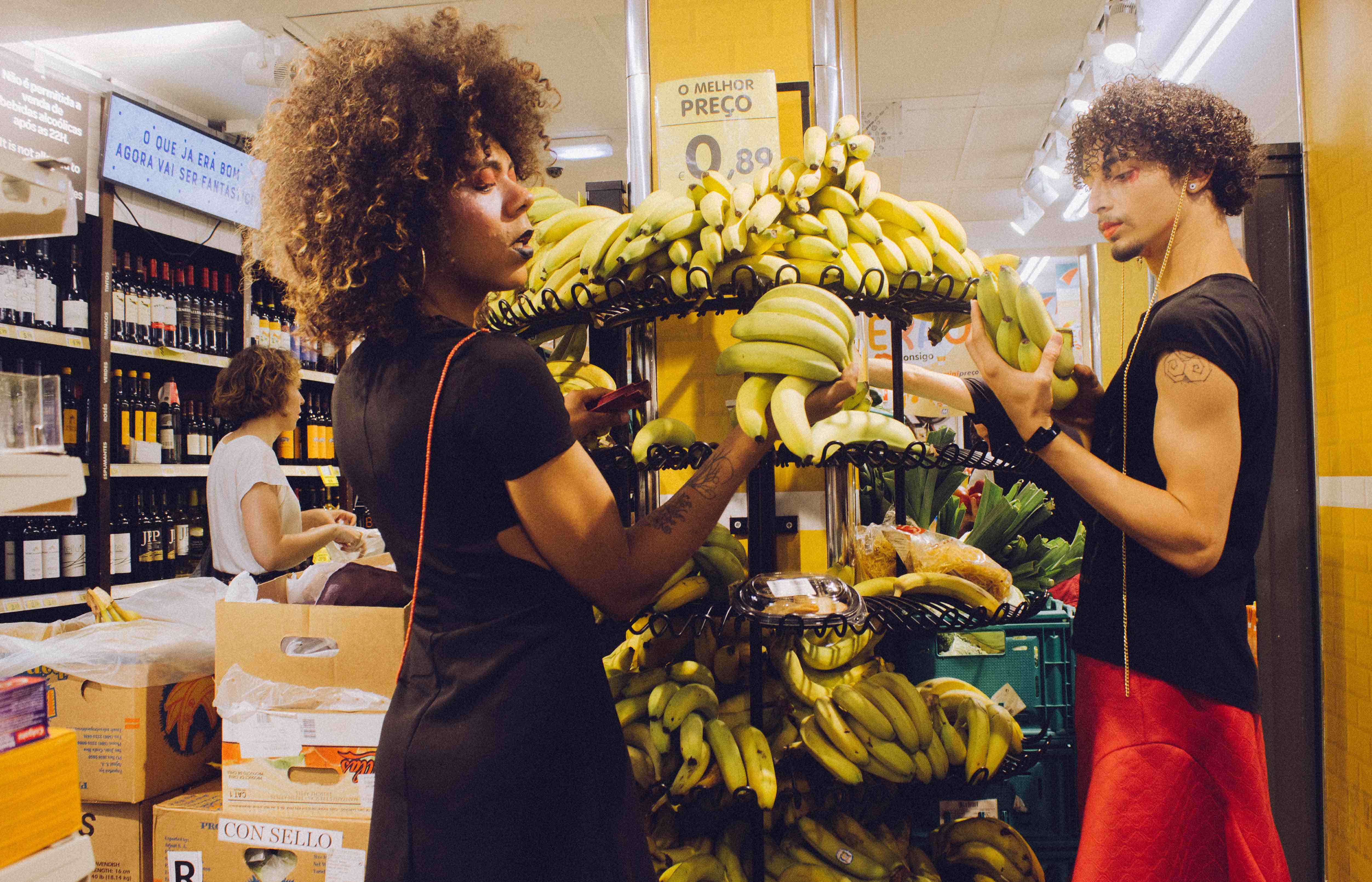 The collective officially met for the first time in June to create a performance piece for Pride month, which was followed by a week-long residency at Lisbon’s Teatro Artimanha. “Our artistic practices challenge the boundaries of standardised society, reclaim space in art institutions and increase the representativity of non-normative bodies… our main goal is to facilitate encounters between gender non-conforming artists and potentialize healing and community organising through artivism.”

Mãos de Cura is currently working on a performance for the Setúbal International Theater Festival, which takes place in late August, as well as producing more media content. “We are grateful that anti-racism, LGBTI+ and women’s rights activism in Portugal is gaining the visibility and space that for a long time had been reserved for the class struggle,” they add.

Brave is a monthly club night in Lisbon comprised of activists, academics and DJs that, according to its co-founder Syma Tq, aims “to give POC, queer people and QPOC a space to perform, listen and dance.” With a commitment to “supporting local artists who are not otherwise given a space to do what they do best,” the Brave crew pride themselves on hosting “provocative” performers that may otherwise be ignored mainstream clubs in the city, including South African duo Faka and visual and musical artist Odete. 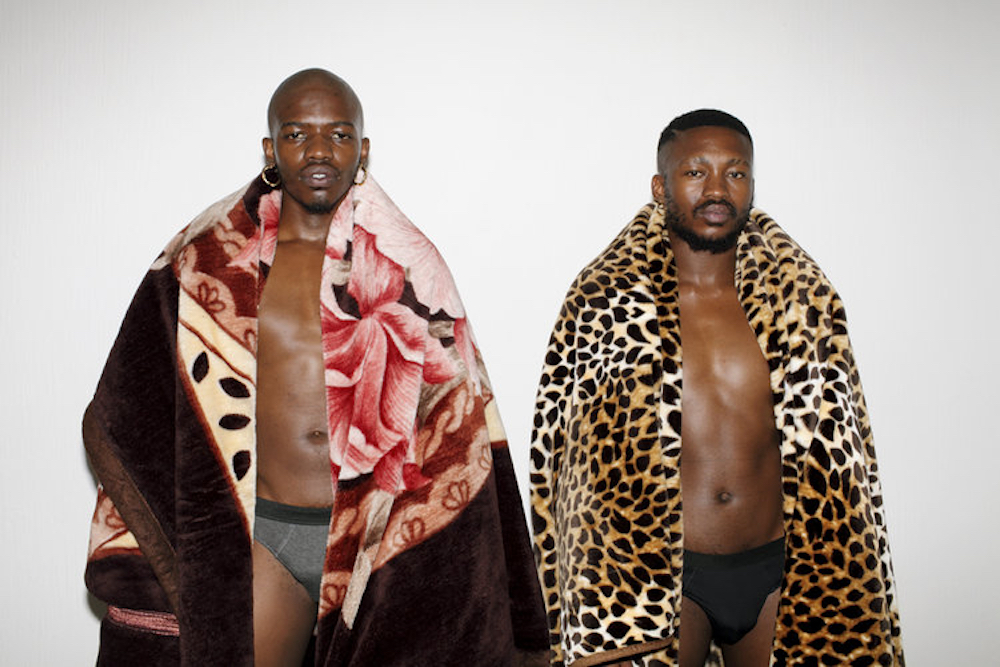 For Tq, one of the most pressing causes in Portuguese society today is the issue of gentrification. “I think this insane and widening chasm between rich and poor is the most crucial thing to resist, from what I see.” Tq attributes the recent surge in activism to an influx of activist-minded people coming from Brazil, Italy and other places outside of Portugal. “I think the long, frustrating, mundane work that goes into activism here at least feels less lonely than before, from what I have seen.”

Since 2010, artist/filmmaking duo Left Hand Rotation have been ploughing their energy into an anti-gentrification project called “gentrification is not a lady’s name.” The project comprises everything from image production to workshops, which they have now taken to 15 cities in eight countries, including Bogota and Brasilia. “The workshops arose in response to the analysis of the role of culture in the processes of gentrification,” they explain.

The duo work on a practical level with the residents and neighbours of the affected neighbourhoods and document their findings in online archive Museo de Los Desplazados (“Museum of the Displaced”). In Lisbon they have also collaborated with similar anti-gentrification groups, including Habita, to form the Stop Despejos (“stop evictions”) platform, whose recognisable protest art is pasted all over Lisbon. “We understand everything we do as links in a long chain,” they say. 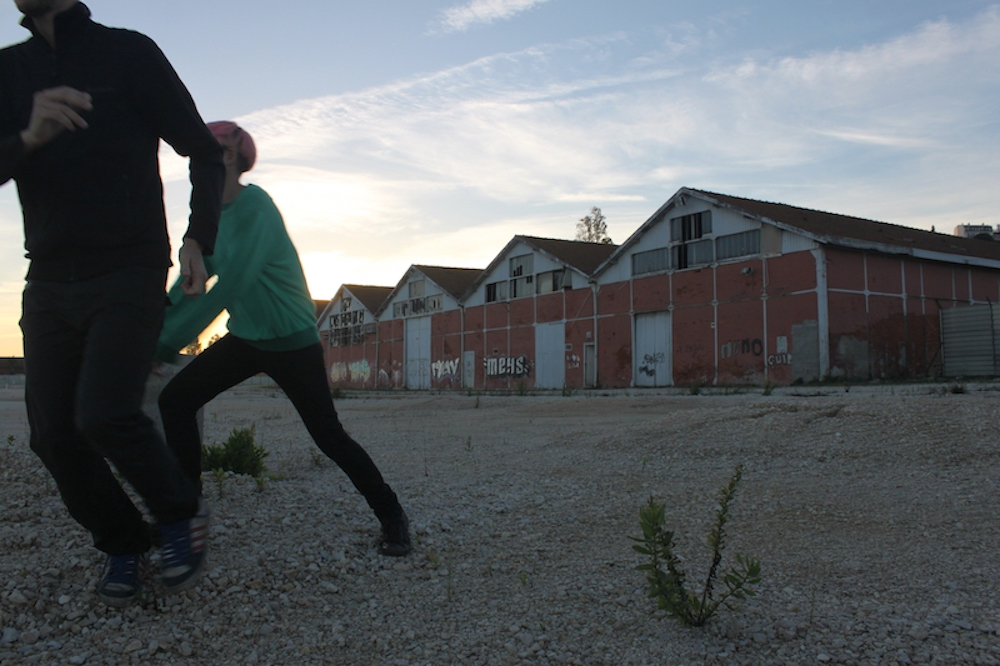 Linkedin
RELATED ARTICLES
OTHER ARTICLES
Photographer Melanie Nissen recalls capturing the characters, fashions and rarefied chaos of a rapidly-expanding set of punk bands who helped to redefine the genre.
In 1984, Martin Shakeshaft set out to document the miner’s strike as it really happened, using his photography as a tool for activism.
Photographer Alice Mann reflects on capturing the camaraderie and discipline it takes to succeed in a highly-competitive sport.
While the Colston 4 verdict is worth celebrating, it‘s debatable whether the law would’ve had such empathy for Black people in the same position.
Ahead of the policing bill reaching its final stages in the Lords, protestors came together to rally against the legislation.
Hundreds gathered together to protest the policing bill by making as much of a racket as possible.