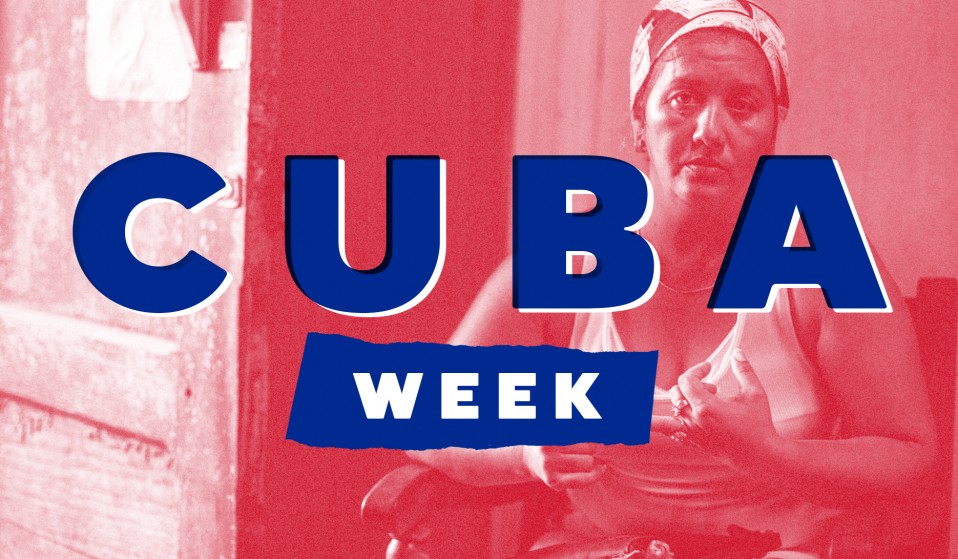 Obama may be in Cuba, put human rights are in the spotlight.

With Obama embarking on a historic state visit to Cuba, human rights abuses on the island have been once again pulled into the spotlight. Theo McInnes recalls meeting the Ladies in White - Cuba's most infamous dissidents, who once again faced mass arrests this past weekend.

There are many dark days in the Cuban calendar of civil rights, but none quite as dark as March 18, 2003, the day the Ladies in White first rose to prominence. In a time now known as “The Black Spring,” some 75 dissidents were imprisoned, accused of spying for the United States, condemned to sentences of up to twenty-eight years behind bars.

The following Sunday, dressed entirely in white, female relatives of those imprisoned gathered at Mass across the country to pray, then marched through the streets of their cites. It’s a practice that’s continued ever since, the women now known as the Ladies in White. After much negotiation and secrecy, I’d arranged to meet one of their leaders in the last week of September 2015. 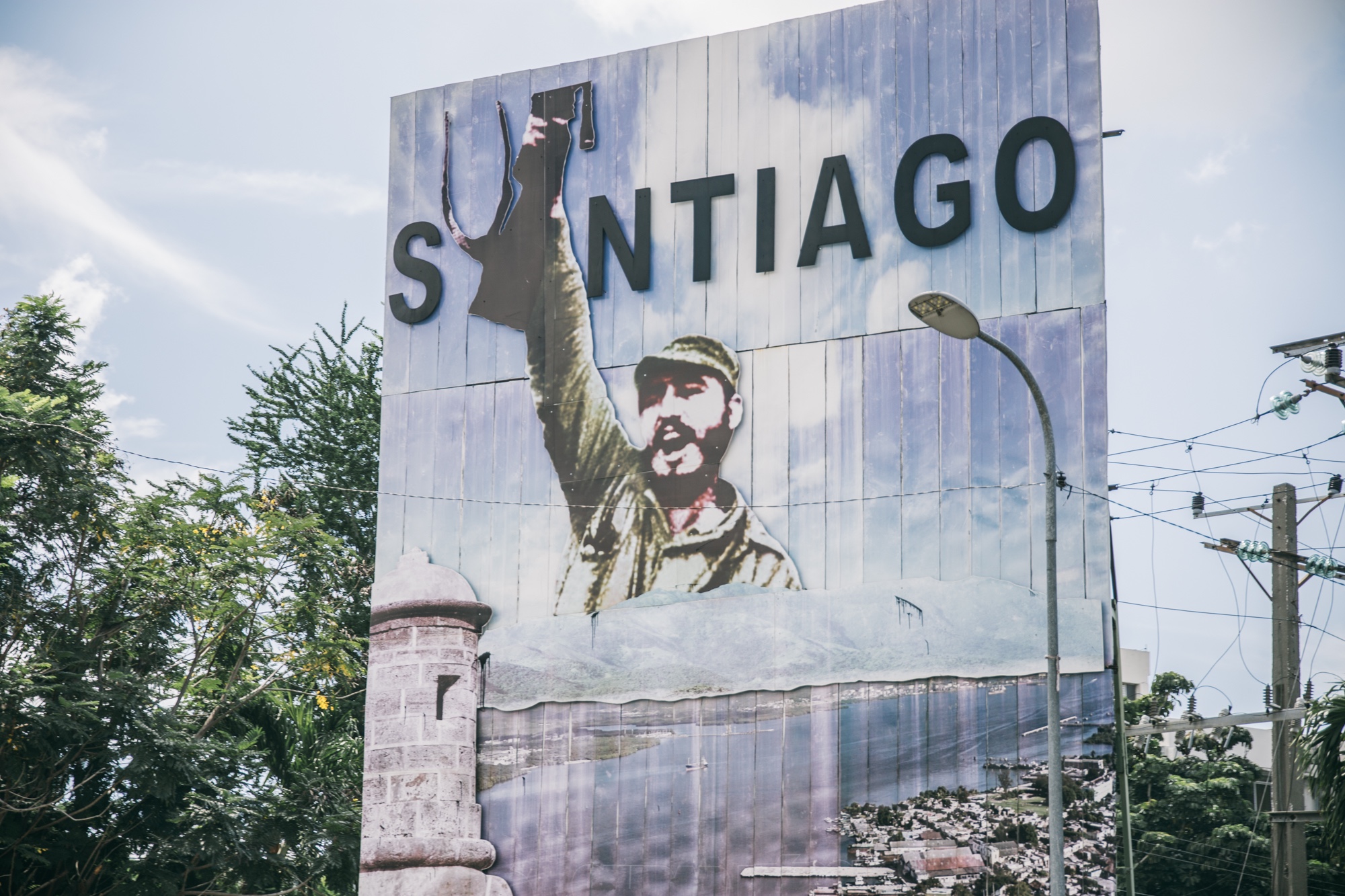 In the shadows of a dank room several miles north of Santiago, Cuba’s second largest city, I’m hurriedly introduced to three women. They’re sitting separately, waiting quietly, in what transpires to be the home of Maria – the leader of this city’s division. The walls are proudly adorned with pictures of her loved ones, and banners cataloguing the women’s achievements against the regime. “You must know that the way they treat us now, it is like the apartheid,” she starts as I sit down across from her.

“In 2013, on the anniversary of the Black Spring, my house here in Palma was attacked,” Maria continues, “the secret police gave an order to send people to my home throw rocks and break walls with other weapons.” She was at home with her young daughter when the mob came knocking. With no escape, they locked themselves inside. “We feared for our lives… we live with fear everyday.” 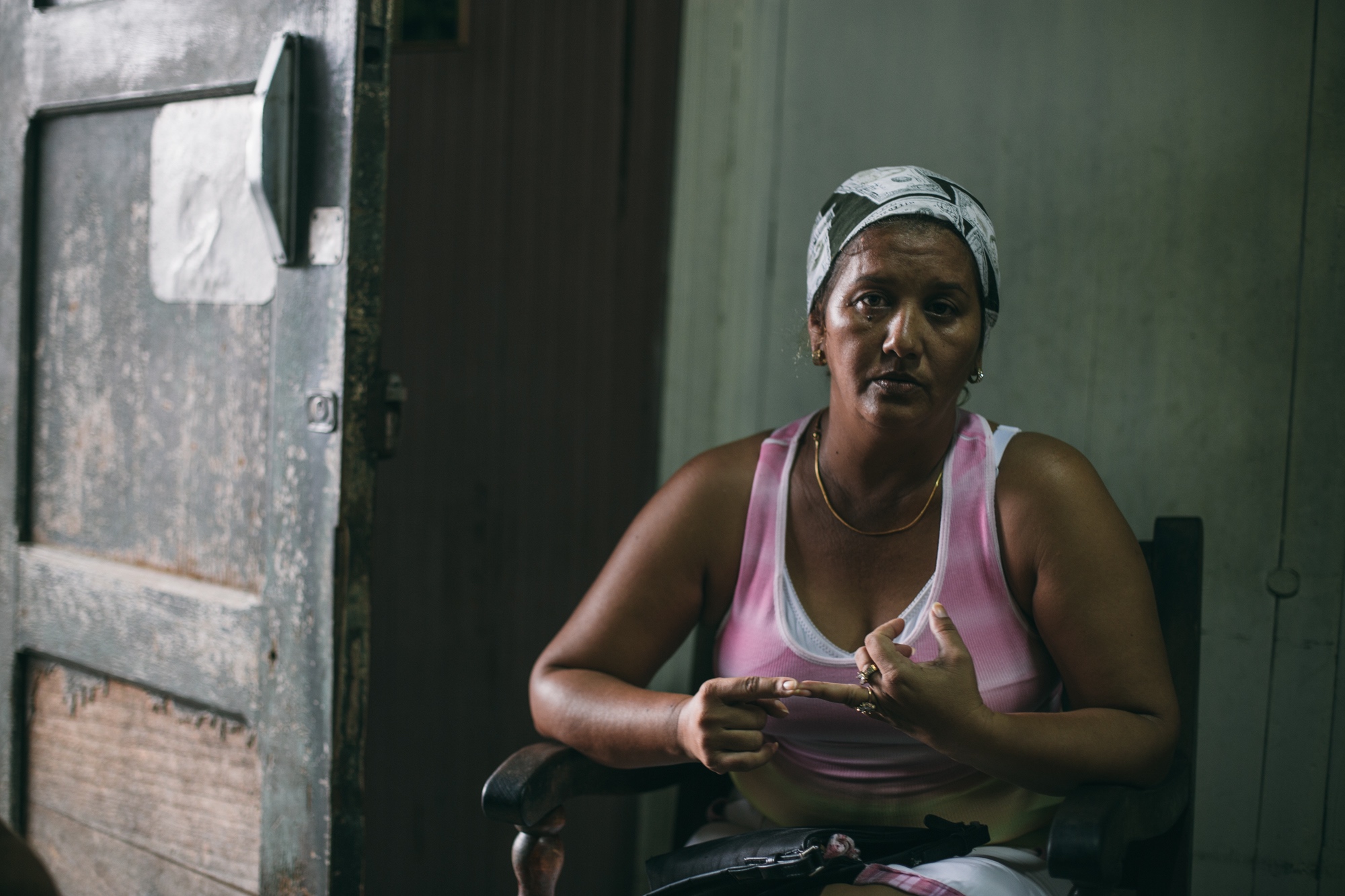 The Ladies in White may be in the public eye, but they’ve learnt to keep their movements secretive; government agents are notoriously efficient at infiltration.

In reaching Maria,  we played a game of cat and mouse through Santiago’s streets. A call would be received, leading us to a certain location, just to receive another message that took us elsewhere. It took time, but we covered our tracks, slowly journeying towards the settlement of Palma where we now sat.

The meeting with Maria was made riskier by the arrival of the Pope, who had touched down in Havana two days earlier. The police were on high alert, banning any known dissident from traveling outside their home province. 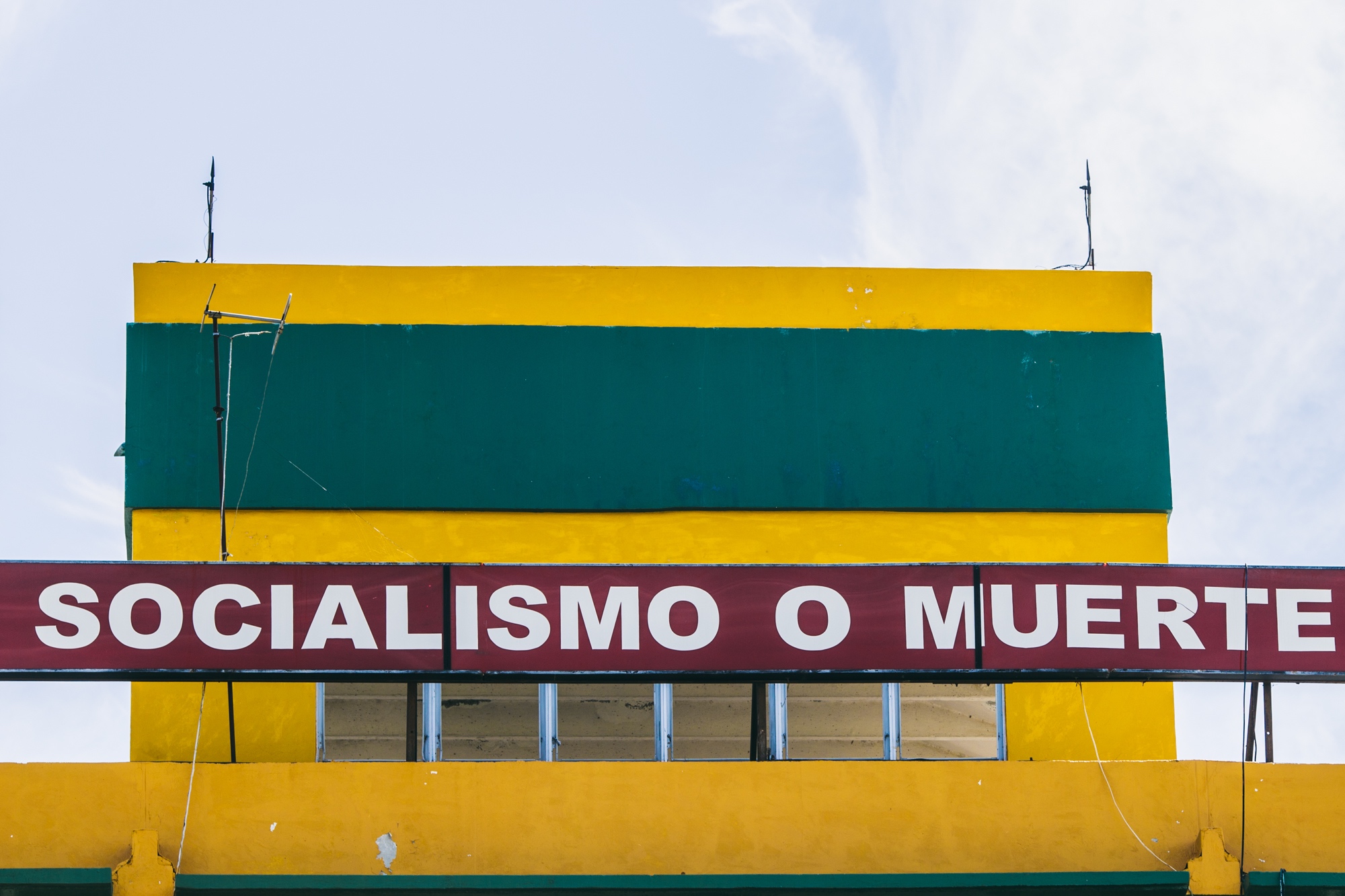 This was, in fact, somewhat self-inflicted. “We tried to reach the pope during his last visit”, explains Maria, relaxing as best as possible into our conversation. “All twenty-five of us in the Santiago province attempted it, but only one made it.” The rest of the women didn’t even make it out of Santiago, “tall men wearing black berets visited our homes, beat us and then arrested us,” she sighs, looking through a small window.

Outside was a small path, leading back to the dusty mud tracks that we’d travelled on to make it here. Dishevelled Soviet trucks had rattled past our sweaty crimson Moskovitch sedan – now parked several streets away – as we were transported to Maria’s home.

Palma is more than just geographically miles apart from the tourist traps of Havana and Baracoa, where a westerner wouldn’t be seen as anything out of the ordinary, as Maria noted. “Even tourists must be careful… you become a spotlight being here,” she warned. “When the authorities see foreigners idling around, they think they have come here for information, or to do something which they will not like. Any tourist who comes here becomes a target for the Special Forces.” 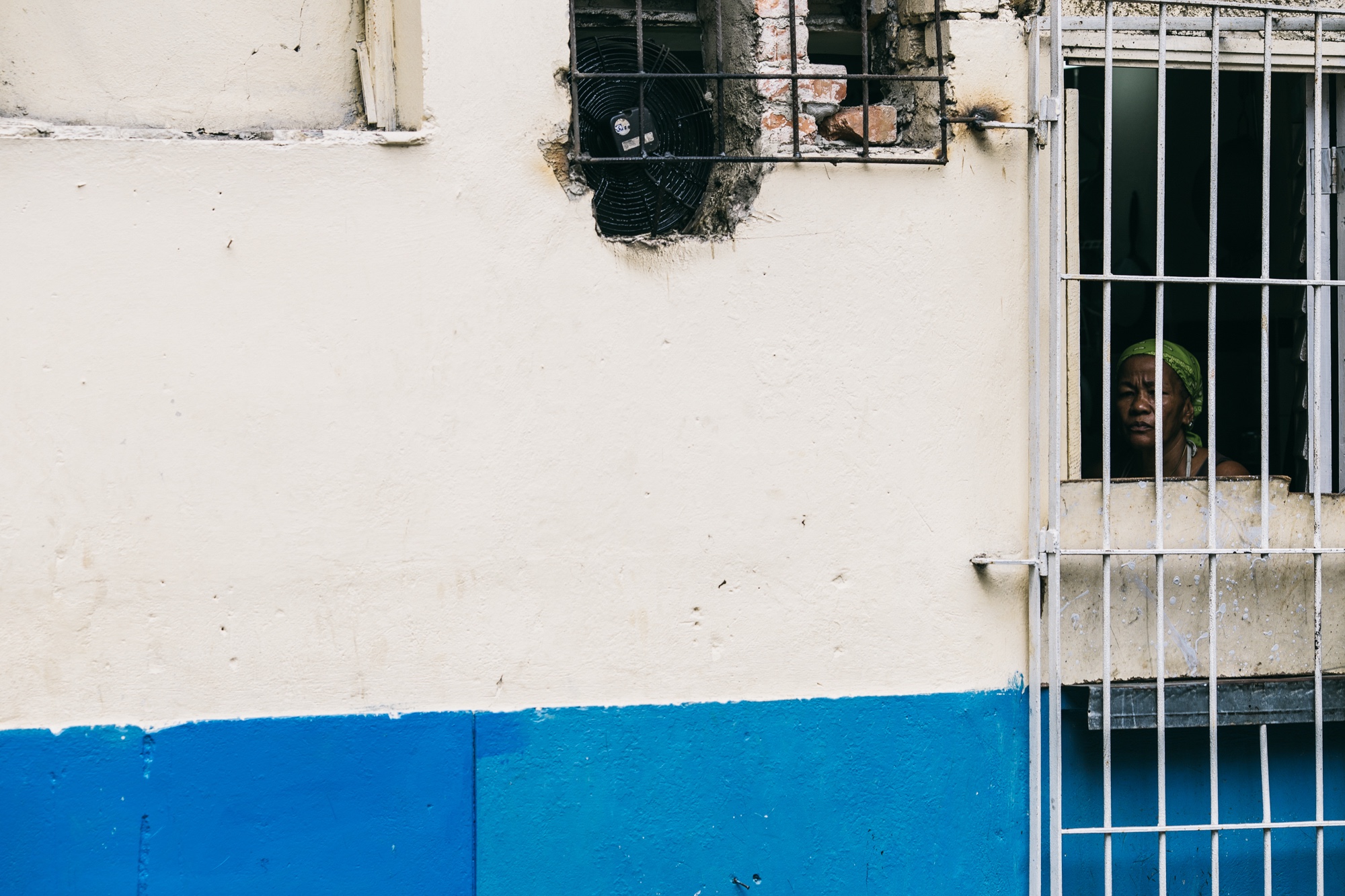 It’s not just Maria and her comrades who face a backlash from the state – her family suffers too. “The principal of my daughter’s school is a member of the Communist Party,” she says, clearly pained. “Government agents go to the school and tell the principal to punish my daughter and to get other kids to alienate her. When I go to a protest, I have to lock my daughter in the house – she is scared and I am scared for her.”

The pervasive repression is inescapable; the extensive control of the Cuban state allows many parts of these women’s lives to be controlled and contorted in order to make their lives hell.  “The government restricts me from having a normal job, they even stopped me from buying materials to repair my house after it was attacked,” a defiant Maria tells me. “They also speak to the community and get them to turn their backs on us. The people around here do it, because they know what the secret police are capable of and they fear what may happen to them if they do not listen.”

It’s a pattern of oppression and exclusion that the Ladies in White face across Cuba.

“I summoned my friends here because I do not want to be alone in interviews. I am afraid of what might happen as soon as you step out the door because the government knows very well that we keep on denouncing and expressing the wrong that they commonly do.”

As Maria’s voice trails off, taking a moment to reflect, my attention turns to the two women sat in silence in the shadows. Marat and Dhalia, Maria’s security for the afternoon, are also members of the movement, and have experienced their share of repression. Marat’s daughter had wanted to become a doctor, with hopes of studying in one of Cuba’s impressive medicinal programs. Due to her mother’s political status, Marat says her daughter was denied admission. 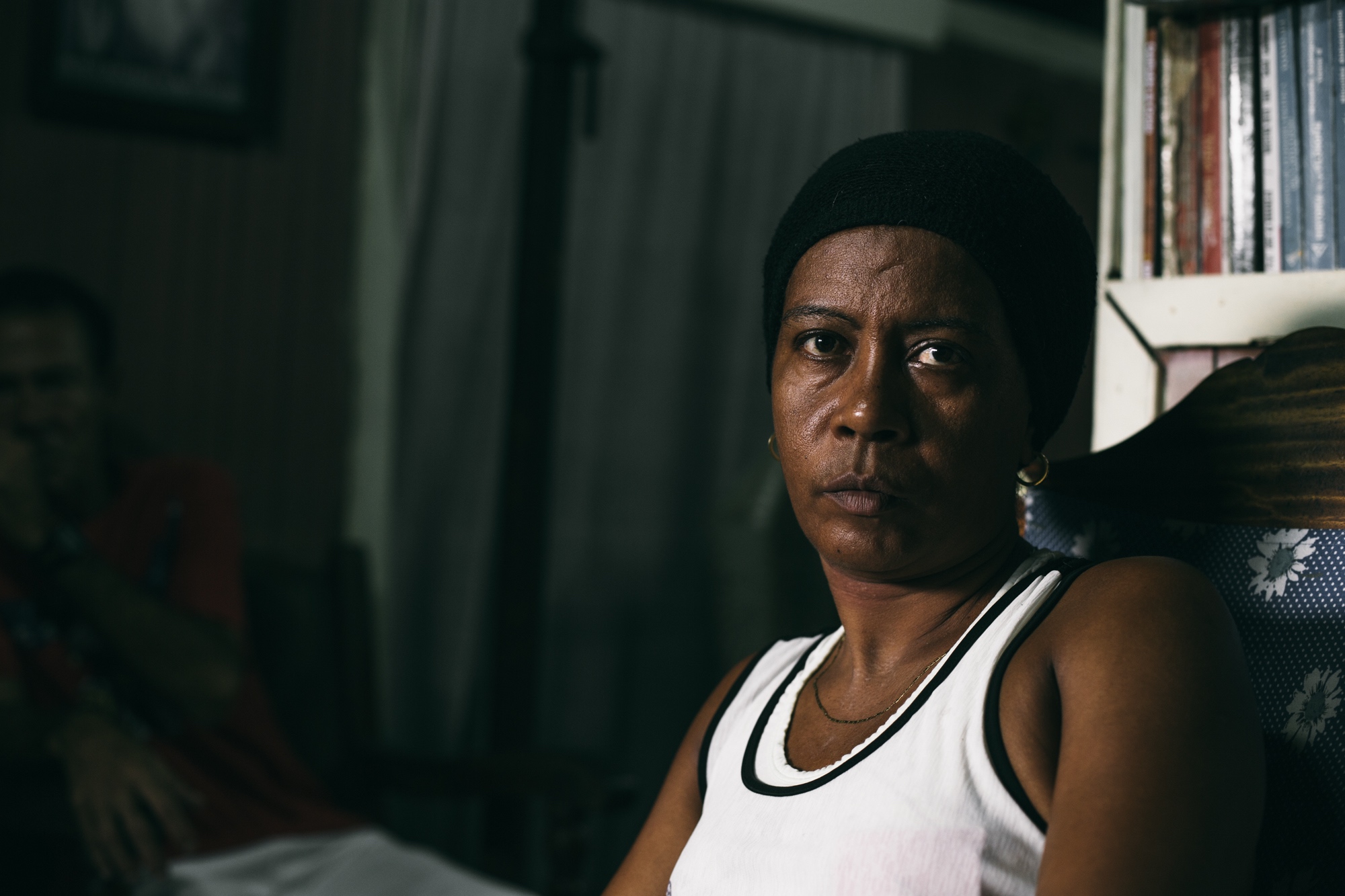 Dahlia’s son was arrested for his involvement in a petty street fight, but was charged for a far more severe crime. His mother is sure it’s due to her affiliation with the LIW. “They threw my son in jail for a crime he did not commit. If you are a dissident, or related to one, you will be treated on the harshest terms possible, you will never receive a fair trial.” 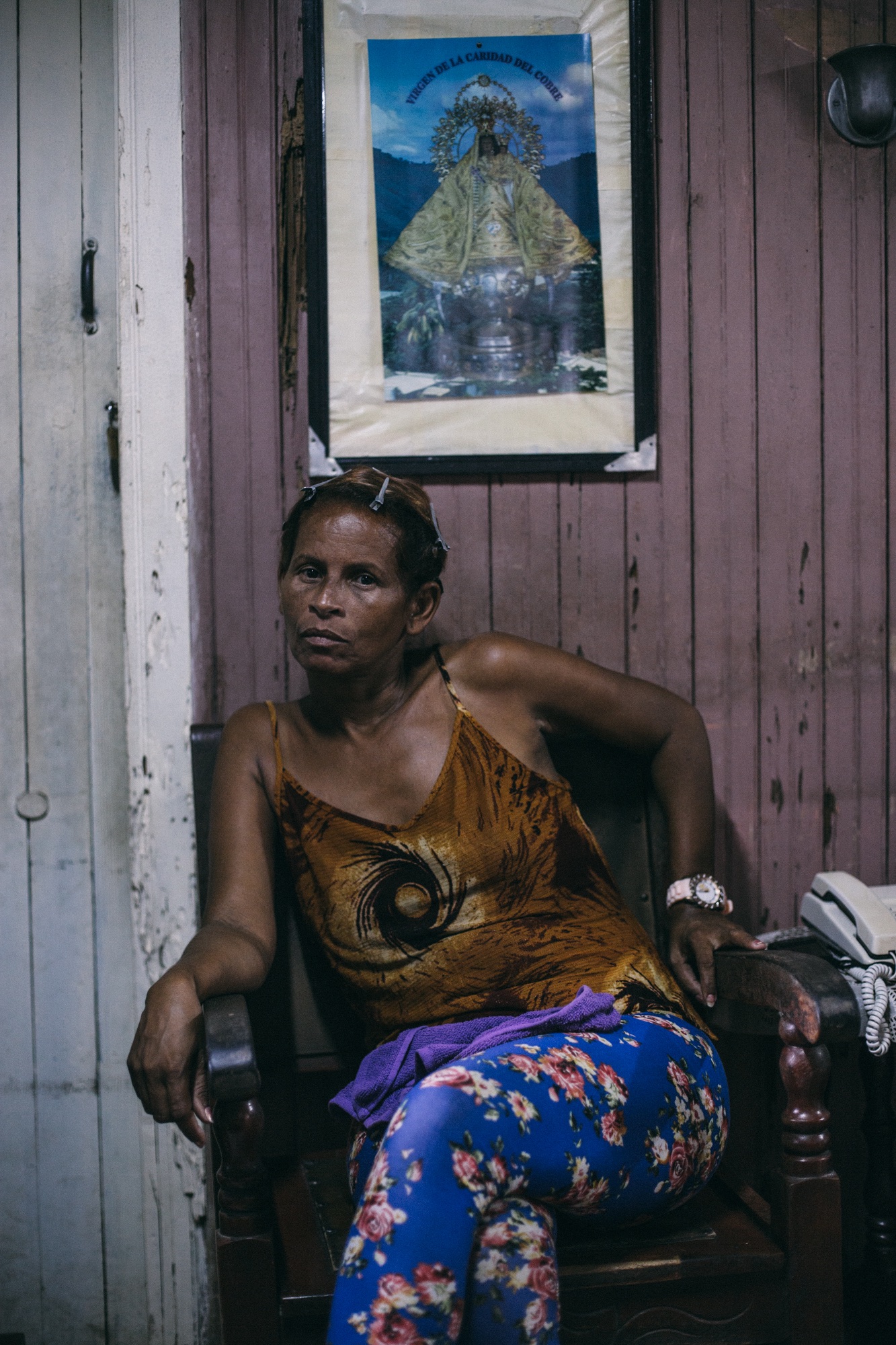 Just three weeks earlier, I’d met a guy called Alejandro, a political dissident and member of the Alianza Democratica Oriental (ADO), another pro-democracy group based in the town of Guantanamo. It was the ADO that set up my meeting with these women.

While walking home from a friend’s house one evening, Alejandro was stopped and beaten in the street by the secret police, who almost killed him. After receiving no medical attention he was arrested for “contempt against the state” – the go-to charge made against those who challenge Cuba’s state enforced ideology. He told me his trial comprised six police officers testifying with no lawyer for his defence, and resulted in a three-year prison sentence. During his time locked up, Alejandro says the authorities repeatedly tortured him. 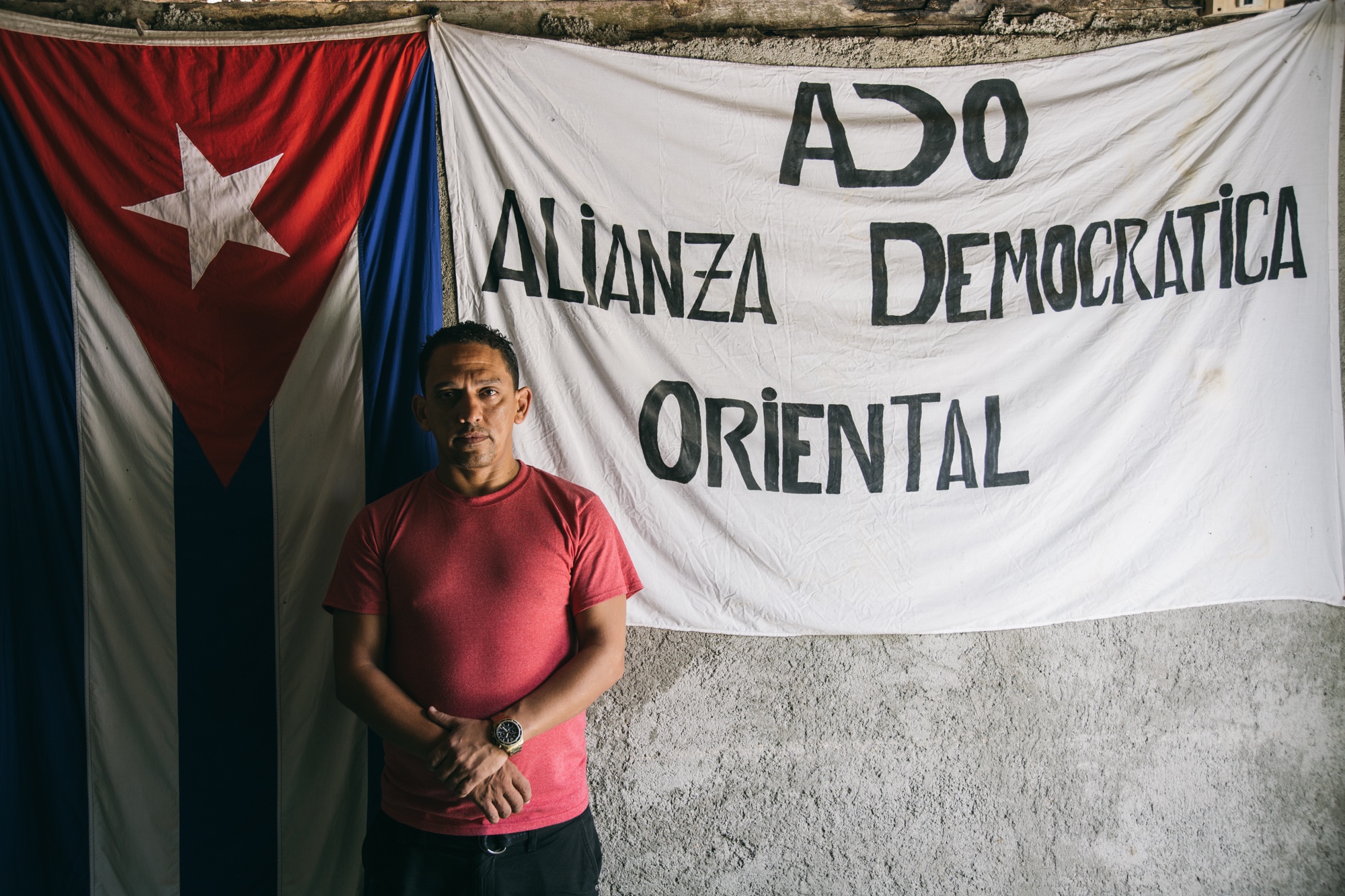 A story of this nature comes as no surprise to a seasoned dissident like Maria when I tell her, although she notes the gendered violence these women face adds to the pain. “Normally at protests they come and rip our clothes off,” she says despondently. “It hasn’t happened to me, but there are instances of rape as well.” After mass arrests and beatings, the women are incarcerated for days – no food or medical attention provided. “After we are released they drive us far from our homes making us find our own way back. It’s here when women are attacked.”

Maria and the other women had become increasingly relaxed in our presence, but our signal to leave soon came into view, as the battered car pulled up outside her home. “By us telling you our stories then hopefully the rest of the world will start to realise what truly happens in Cuba,” she whispered, embracing me.

With the restoration of diplomatic relations between Cuba and their most powerful neighbour, there are changes afoot for this island nation. “This is a historic visit and a historic opportunity,” Obama tweeted upon arriving in Havana. 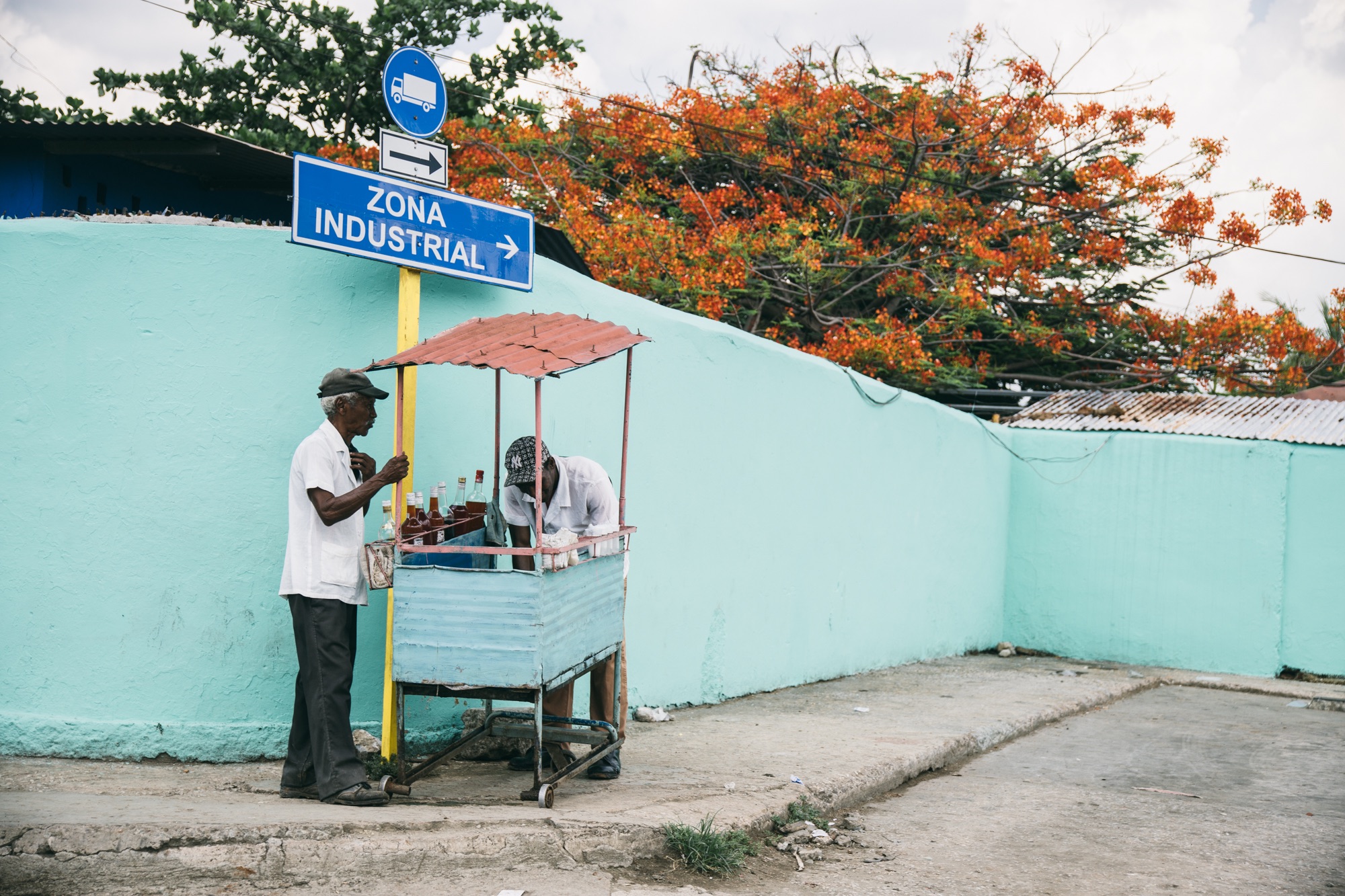 The road from Santiago

Obama’s journey here aims to lay down his political vision for the new US-Cuba relationship, and he’s expected to push the Cuban government to reassess their oppressive approach to freedom of speech and dissent. Despite objections from the Cuban authorities, Obama planned to meet with human rights activists during his visit, including members of the Ladies in White. Despite his imminent arrival, some 50 of the women were arrested on Sunday afternoon as they marched. Whether Obama will meet them remains to be seen.

Nonetheless, the Ladies in White cling to their hopes of a democratic future. “Once the rest of the world realises the events that happen on a day-to-day basis here, then maybe things will start to change,” I remember Maria telling me. ”They will attack us again and they will keep attacking us, but it is up to us to fight back and to make sure the rest of the world knows we will continue to fight for a future our country deserves”.

All names have been changed for the safety of those interviewed.

Linkedin
RELATED ARTICLES
OTHER ARTICLES
Susan Pektaş’s new photo series delves into multiple cultural layers of the region with a touch of personal mysticism.
Following the release of his latest album, the rapper talks about finding a new approach to songwriting, attitudes to poverty, and why his music is more than a political statement.
Students are being left to languish in unsafe housing, in some cases leading to serious health complications.
A 28-year-old from Texas was forced to travel across state lines for an abortion that would save her life and end a pregnancy that her baby had no way of surviving.
In the latest instalment of Photographers in Conversation, the creator talks portraiture, platforms and taking inspiration from Little Simz.
An abortion storyteller talks about the termination of her pregnancy and the harassment she’s received for sharing her story online.