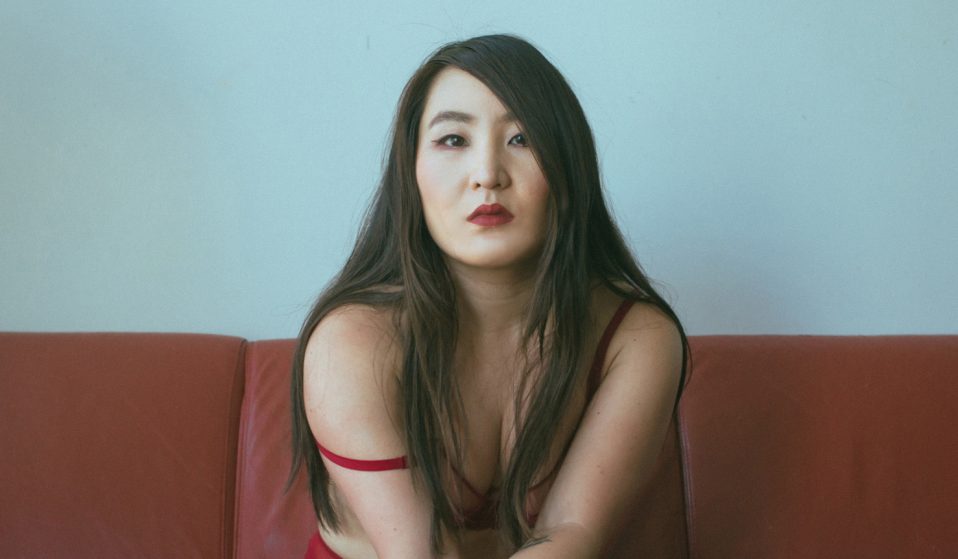 Nadia Guo’s professional reputation was wrecked by Canadian tabloids, forcing her to rebuild her life from the bottom up.

Nadia Guo’s professional reputation was wrecked by Canadian tabloids, forcing her to rebuild her life from the bottom up.

In mid-December of 2018,  28-year-old criminal defence lawyer Nadia Guo found herself thrown into the Canadian public eye. A local Toronto news story had outed her as a former escort, revealing that she had worked under the pseudonym “Dawn Lee.”

A media frenzy began, and her position as a sex worker in one of society’s most traditional professions made her a subject of fascination – and contempt – in national headlines, being given nicknames such as “legal nymph” and “seductress lawyer.” Her story of reputational destruction sparked a continued media debate about a person’s privacy in the digital age, and whether cultural attitudes have truly moved past the stigmatisation of sex work.

Looking back, Guo says the timing of the story that outed her couldn’t be more conspicuous. The morning after it dropped, she was due to appear in front of the Law Society of Ontario tribunal to prove she was of “good enough character” to become a lawyer. This hearing was for reasons that had nothing to do with escorting: she had previously racked up four complaints from the society, mostly due to her outspoken social media use (she had made comments online about police, crown prosecutors and judges which were deemed offensive). Nevertheless, a version of Guo as undignified, professionally incompetent and morally corrupt was already “out” there.

While her persona became public property in online and professional spaces, what people didn’t see was Guo’s inner world crumbling, including her feelings of vulnerability navigating a hostile and male-dominated profession, and a family she tried hard to protect, but thought she failed.

Time passed, and in spite of the damage to her reputation, Guo was finally granted her license to practice law in 2019. She’s since used her platform to create a new story for herself, writing about navigating sex worker stigma in the legal world, using Tumblr to challenge how she’s been portrayed in media, signing with a literary agency to write a memoir, and officially starting her own legal practice. We caught up with Guo to find out how one rebuilds a reputation – and life – after facing the full wrath of a public shaming.

Walk me through the moment when you first saw the article that outed you as an escort.
It was on the front page on a Thursday morning, but the night before, they released it online. I read through it, and my first impression was, ‘At least they used an okay picture.’ I thought it was crazy – I couldn’t believe it was actually happening to me a day before the hearing. 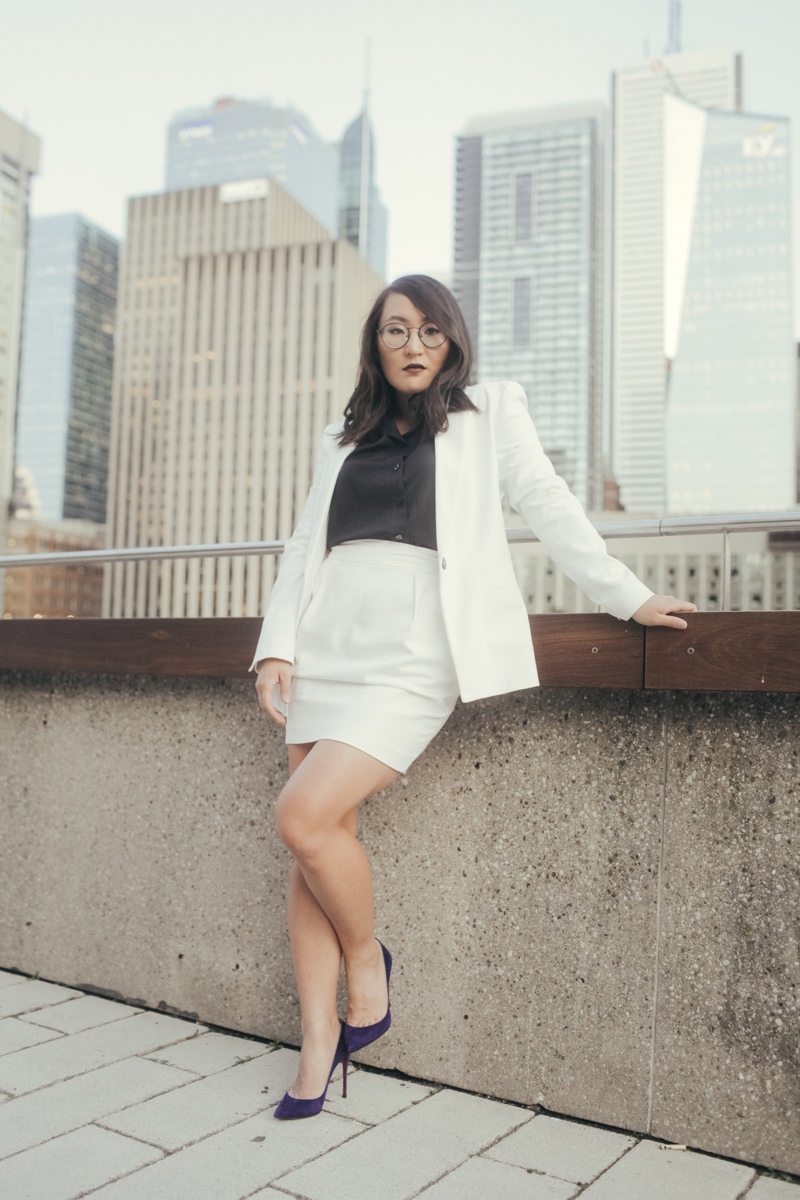 What was the most difficult part about being outed?
Definitely dealing with my Dad. He had supported me a lot through school, and academia is very important to him. To him, I was throwing away my education to pursue something that was ‘less savoury’, and I didn’t need to be doing that. Now, we just don’t talk about it.

I’m also obviously super apprehensive about seeing any criminal lawyers, because I know there was a heavy amount of gossip and rumours going on about me even before the news stories, and I have no idea who I can trust in the profession.

What was at stake when this came to light publically? What did you lose?
Lawyers are very obsessed with their reputation. One of the first things they said in class was, ‘your reputation is everything in the legal community’ – that’s what I really disliked about coming into law school. Everyone was so careful with the way they spoke, with what they shared with other people; it didn’t feel authentic at all. People felt very put on and it was difficult for me to relate. I guess I was worried I would have difficulty being accepted by the profession because I had this ‘stain’ on my character from the escort stuff.

I’m definitely hyper-aware now going to courthouses and being recognised by people. Applying for a job even, I wonder whether I should bring it up. I guess I’ll only feel truly vindicated when I’m a successful lawyer with a successful practise going, and I can show people that you can still be a sex worker and also be successful doing something else.

What helped you overcome the negative parts of this experience?
The sex work community is really supportive of each other. I’ve always been someone who’s solitary, and prior to this happening, I wasn’t super close with a lot of people. But after this happened, I got messages from so many different girls – girls I’ve never spoken to before, girls I haven’t spoken to in months. And since starting my law practice, I got multiple clients through my escort connections. I was also lifted by the fact that most people I spoke to, from my generation, didn’t see my sex work as a big deal.

In Canada, prior to the introduction of Bill C-36 in December 2014, activities around selling sex work (such as owning a brothel and living on the profits of sex work) were criminalised. The Supreme Court of Canada struck down these laws as unconstitutional in 2013, making it now legal to sell sexual services, but illegal to purchase them. Do you think the stigma around sex work has changed since these amendments?
The logic of the laws is that sex workers are victims and need to be saved, and that’s why we have to go after the people who purchase it, because they’re enabling it. I think it does actually contribute to stigma in that sense because it doesn’t allow us to have our own agency, and a lot of young women choose to go into it willingly – so it totally overlooks that reality.

If sex workers really want to work against the stigma around this type of work that proliferates in our social circles, in our professional circles, and everywhere else, then there has to be more of us willing to stand up and be like, ‘yeah I do this and I like it and you can’t weaponise it against me because I’ve already owned it’. I’ve had so many people who found out I do sex work try to use it against me by threatening to tell other people, and it’s so boring to me because I don’t give a shit. Like, okay… and? 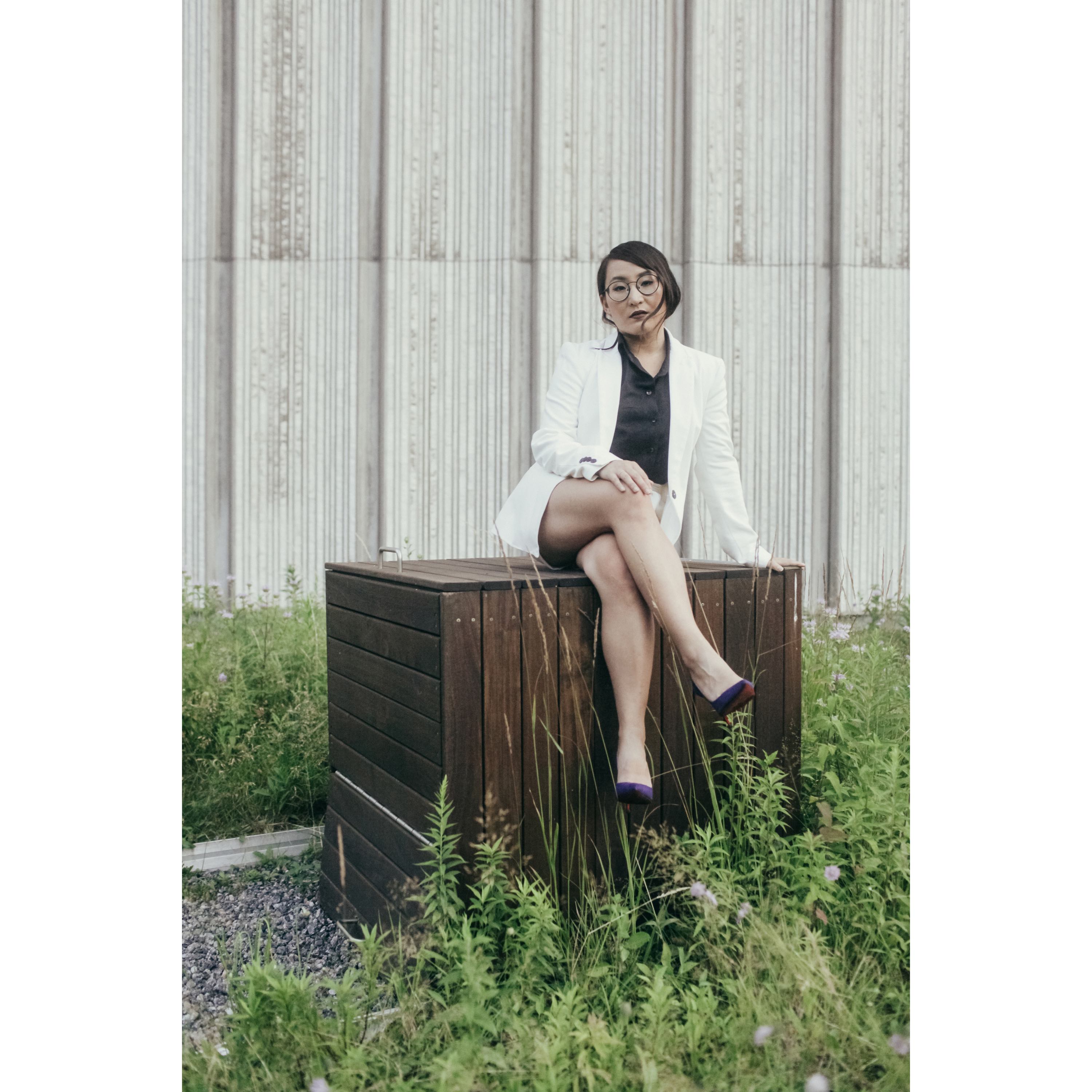 Did you ever struggle to stay resilient?
I think I’m just generally good at that, especially when it comes to incidents when I know I was in the right – like choosing to pursue sex work. It was a choice that really had nothing to do with anyone else. It’s definitely been annoying to have the press portray certain aspects of my story incorrectly, but whatever… it’s the age of the internet when you’re more in control of your own narrative than ever. I’m also in the process of writing a book about this all, so that will be a good opportunity to address some of the things the press missed the first time around.

How has this experience influenced your approach as a criminal defence lawyer?
Criminal defence is interesting to me because the clients are those who’ve transgressed the bounds of established societal norms, and a lot of stigma and judgment comes with that. I want them to know we’re on a level playing field, I’m not there to judge them, and I don’t think I’m better than them simply because I’m the lawyer with all my degrees and they’re accused criminals. I’m a person who has lived life refusing to conform, and I think a lot of people who come into conflict with the law have experienced similar feelings of being othered or outcast. People who act out, people who won’t take shit from others, people who live life on the periphery who are now being reined back in by authority – these are the people who interest me most, maybe because they remind me of myself.

What advice would you give to people who want to challenge assumptions and stigma they face in life?
I don’t want to sound trite or anything, but the only thing you really have control over is your own life and choices. You can’t control how ignorant or unaware other people are. I chase my own happiness first and foremost. If you’re worried about other people stereotyping you, then just continue refusing to be a stereotype. Social media has made it a lot easier for people to control their own narratives, to put out a more complete version of a story. And hopefully, the people whose opinions really matter will do the work of finding out your truth. At the end of the day though, you’re always going to be unhappy if you allow others’ opinions to dictate how you want to live your life.

Linkedin
RELATED ARTICLES
OTHER ARTICLES
Rogue landlords are exploiting young and inexperienced renters and leaving them in mental and financial turmoil, reports Niall Hignett.
The two-day long event returned to London this year, showcasing a spectacular parade, steel bands and Caribbean food.
Following the announcement of an 80% hike in the energy price cap from 1st October, crowds gathered outside the offices of energy regulator Ofgem to protest and declare their intention to undertake a payment strike.
For over a decade, gamblers have won big by employing people to place live bets from the court. But does this dubious method still work?
A new project is documenting formerly incarcerated people as they transition back into civilian life.
Birdy Chu reflects on documenting the historic moment in which the territory was formally passed back from the UK to China.