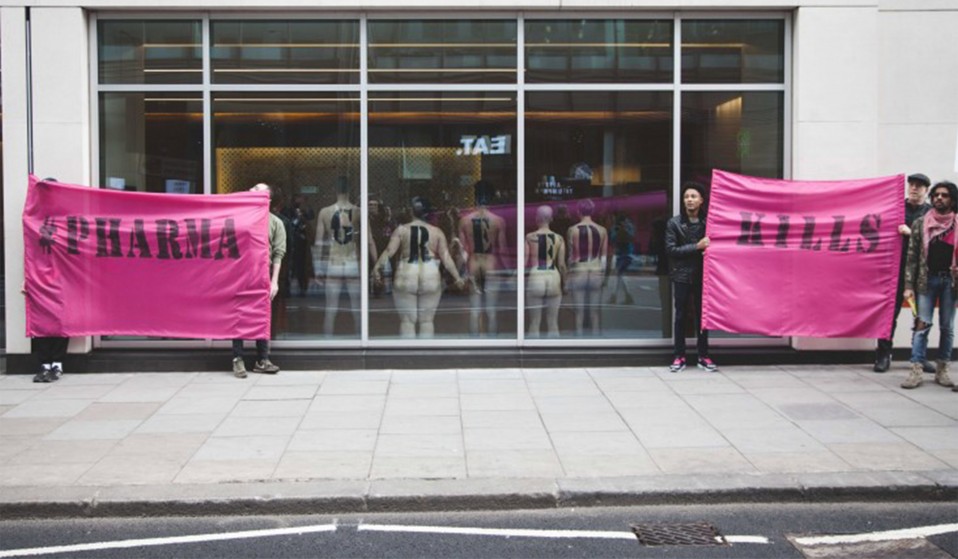 Protestors strip naked to expose the profit before patient attitude that is costing millions of lives.

Protestors stripped naked at drug company Gilead's London HQ this afternoon to expose the profit before patient attitude that is costing millions of lives.

“Act Up, fight back, fights AIDS” echoed through High Holborn this afternoon, as a slightly bizarre looking crowd of people darted towards an imposing glass fronted building in central London. 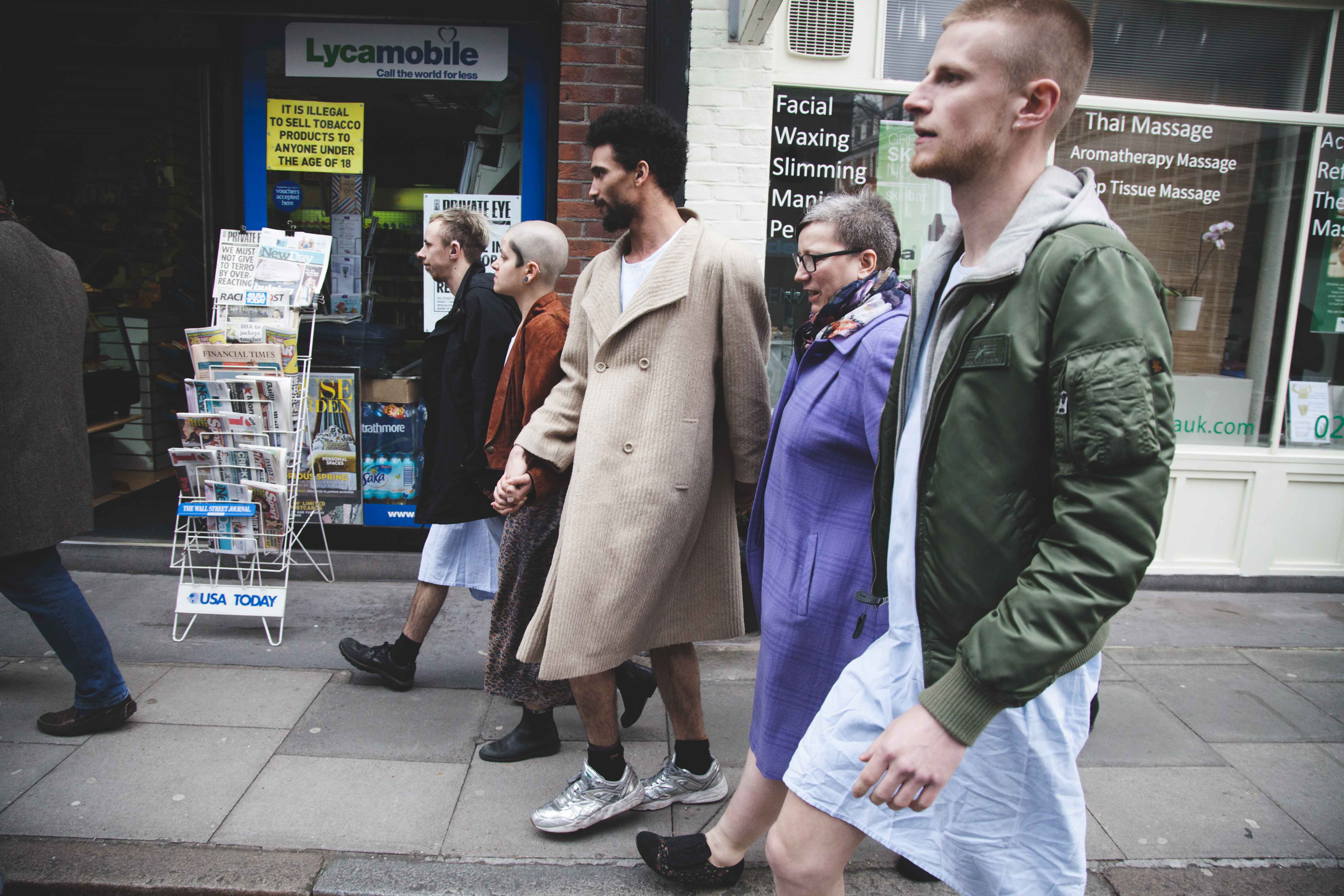 As a bemused looking security guard watched on, five protestors stripped off their specially donned hospital gowns and stood brazenly in the window, the word “greed” carefully painted out on their skin. The action, co-ordinated alongside 25 healthcare advocacy groups spanning 6 continents, was part of a wave of 11 protests taking place across the globe. 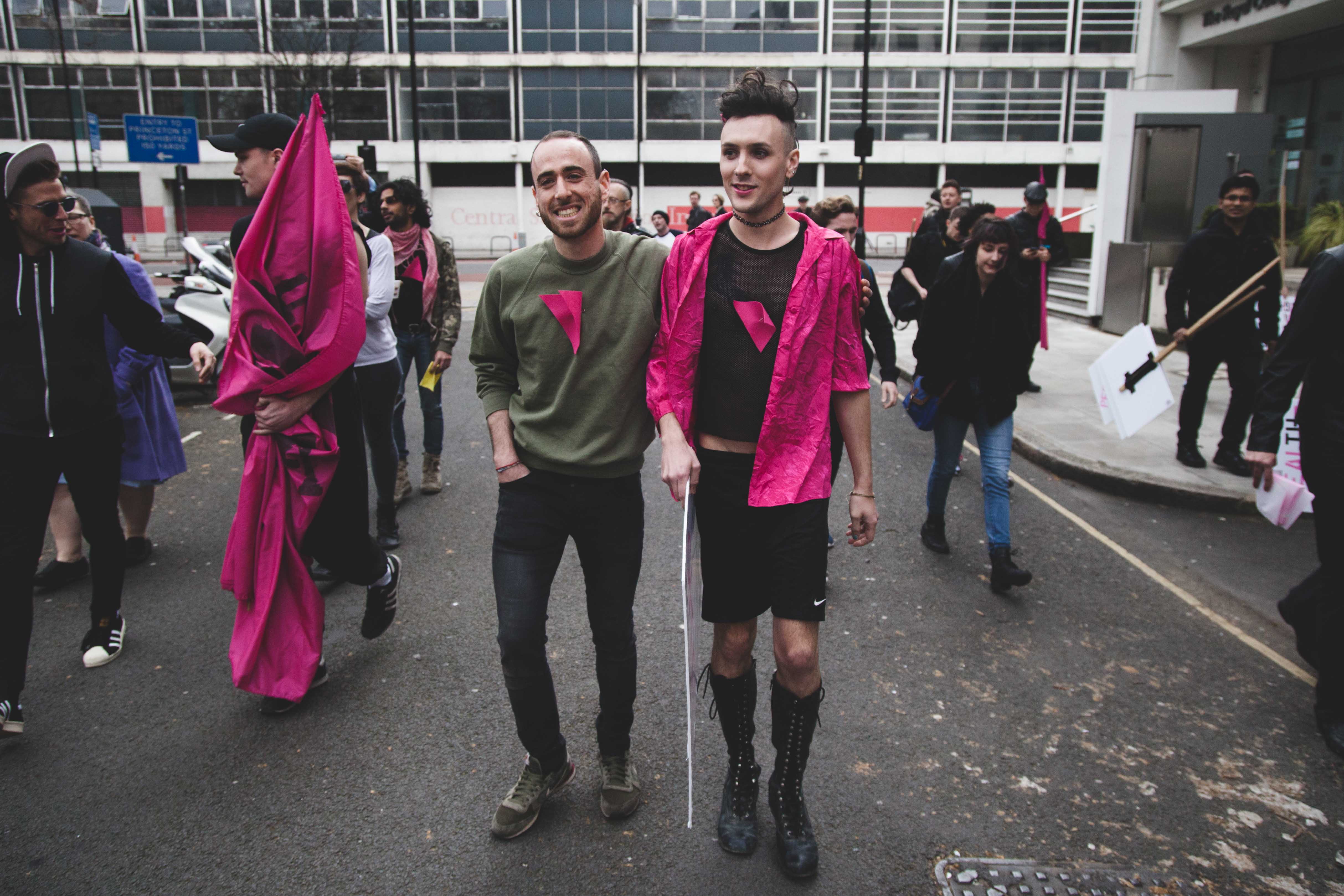 The London leg of the protest was targeting international drug company Gilead, who despite making billions in profits continue to charge tens of thousands of pounds for lifesaving hepatitis C treatments. 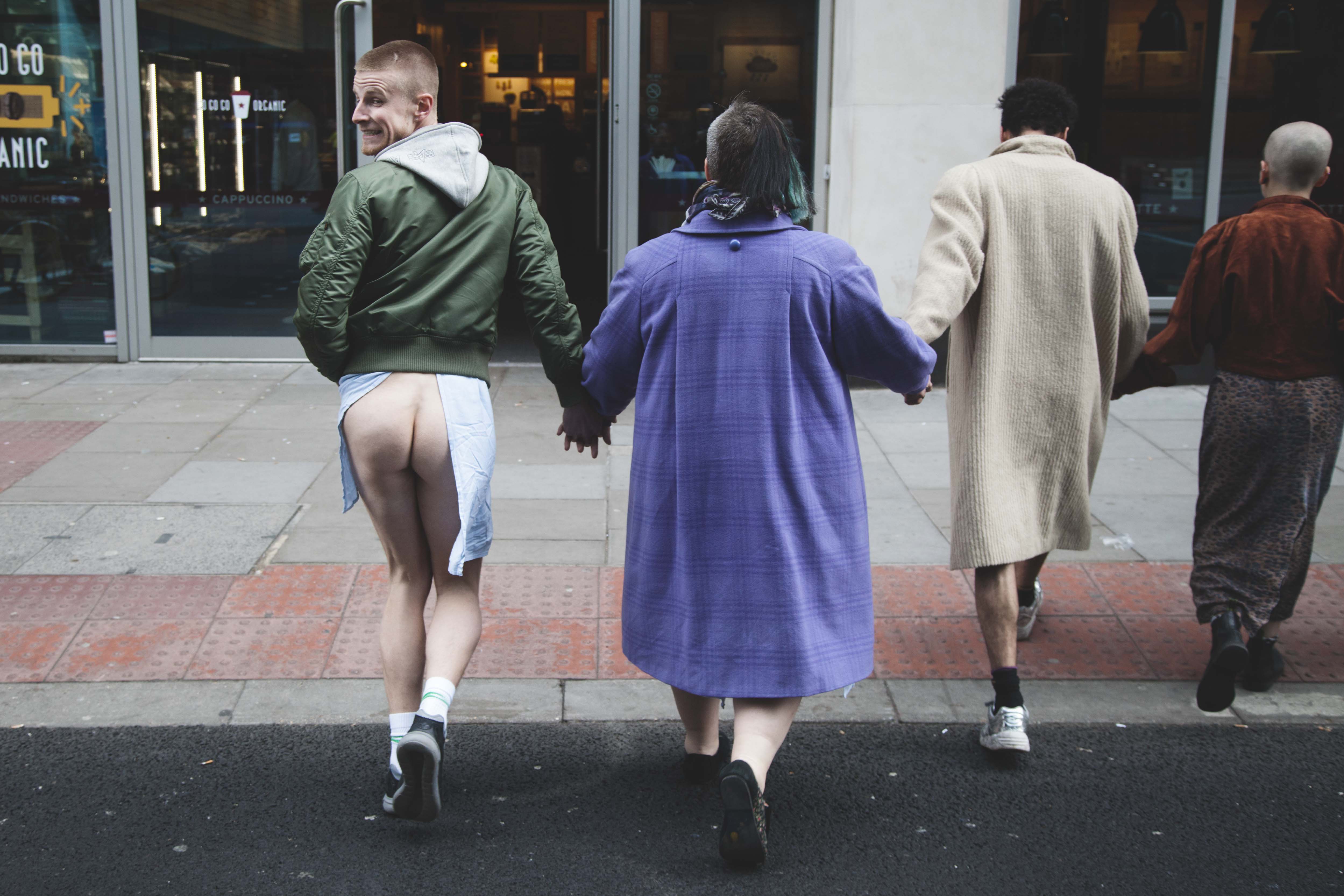 “The current system enables big pharma to charge extortionate costs for life saving medication”, Jake Chambers told me, as Gilead staff watched on from above. “They’re preventing millions of people accessing lifesaving treatment,  10 million people die every year because of this, and 2 billion people don’t get the drugs that they need.”

Back outside the chanting grew louder, as bright pink banners unfurled, spelling out “Pharma Greed Kills” combined with the naked bodies lining the floor to wall glass. 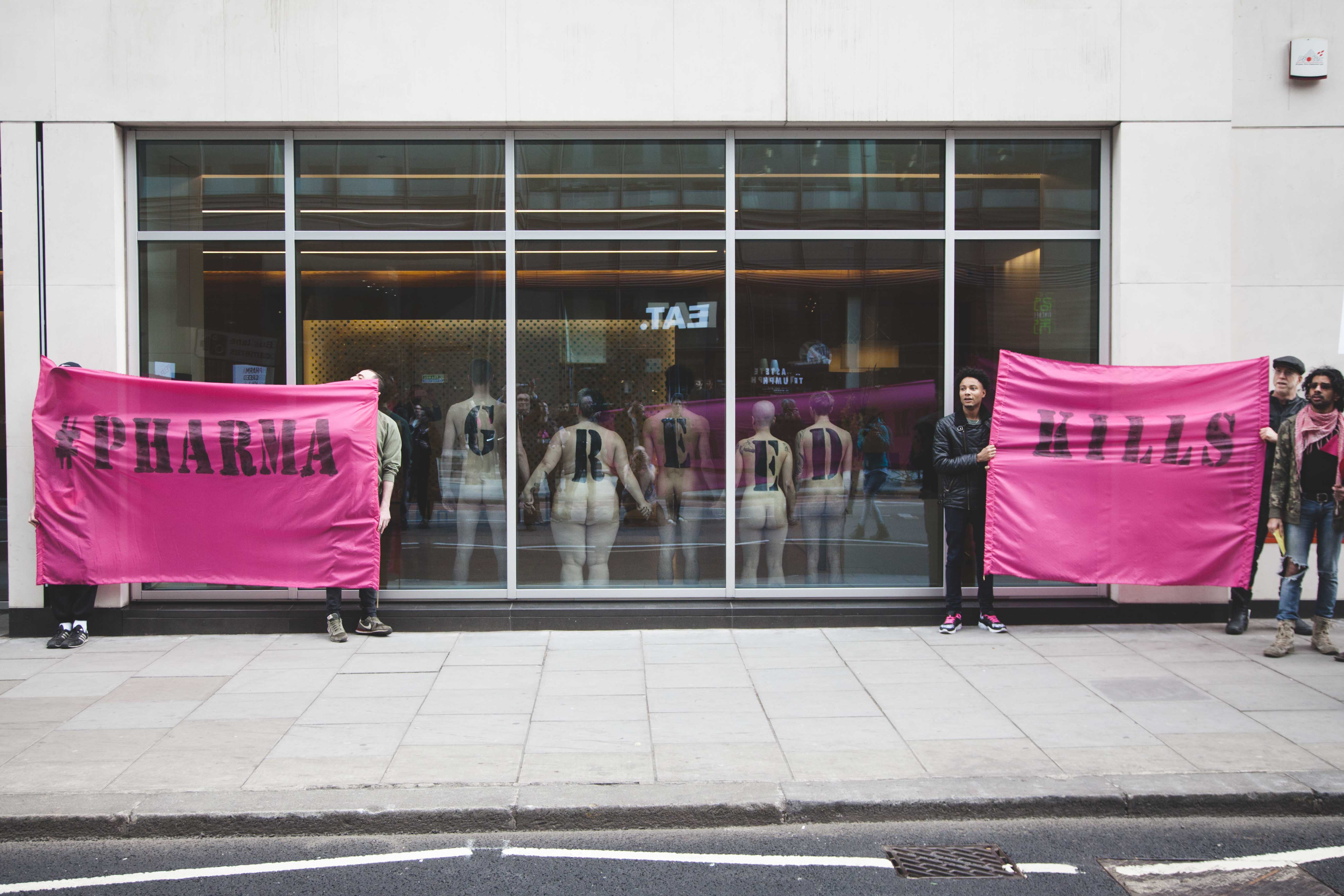 “I’m here to fight pharma greed,” Clare told me, while photographers and passers by stopped to capture the action. “We want to call to account pharmaceutical corporations around the world for the lack of equal access to lifesaving medicine and treatments – we demand that there’s broader access to treatments irrespective of the individuals ability to pay.” 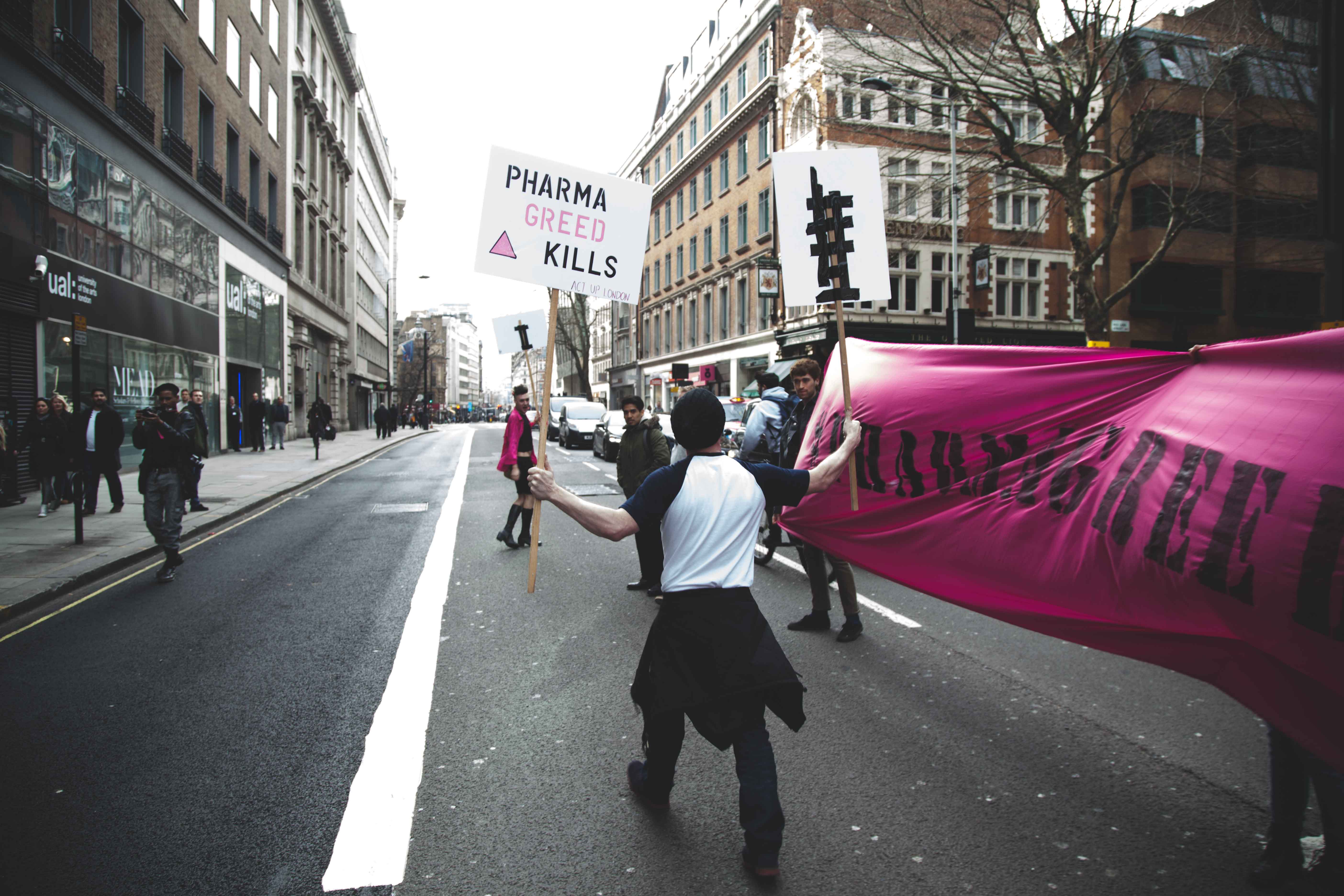 As another large banner blocked traffic heading through the city, Dani Singer spoke to me from their nude window spot. “The NHS is obliged to pay the exorbitant prices set by an oligarchy of pharmaceutical giants. The public won’t be taken for fools by Big Pharma anymore!”

A recent U.S. Senate report found that Gilead put profit ahead of hepatitis C patients, pointing out that in Indiana, the Medicaid programme spent an extortionate $40 million to treat just 462 people. 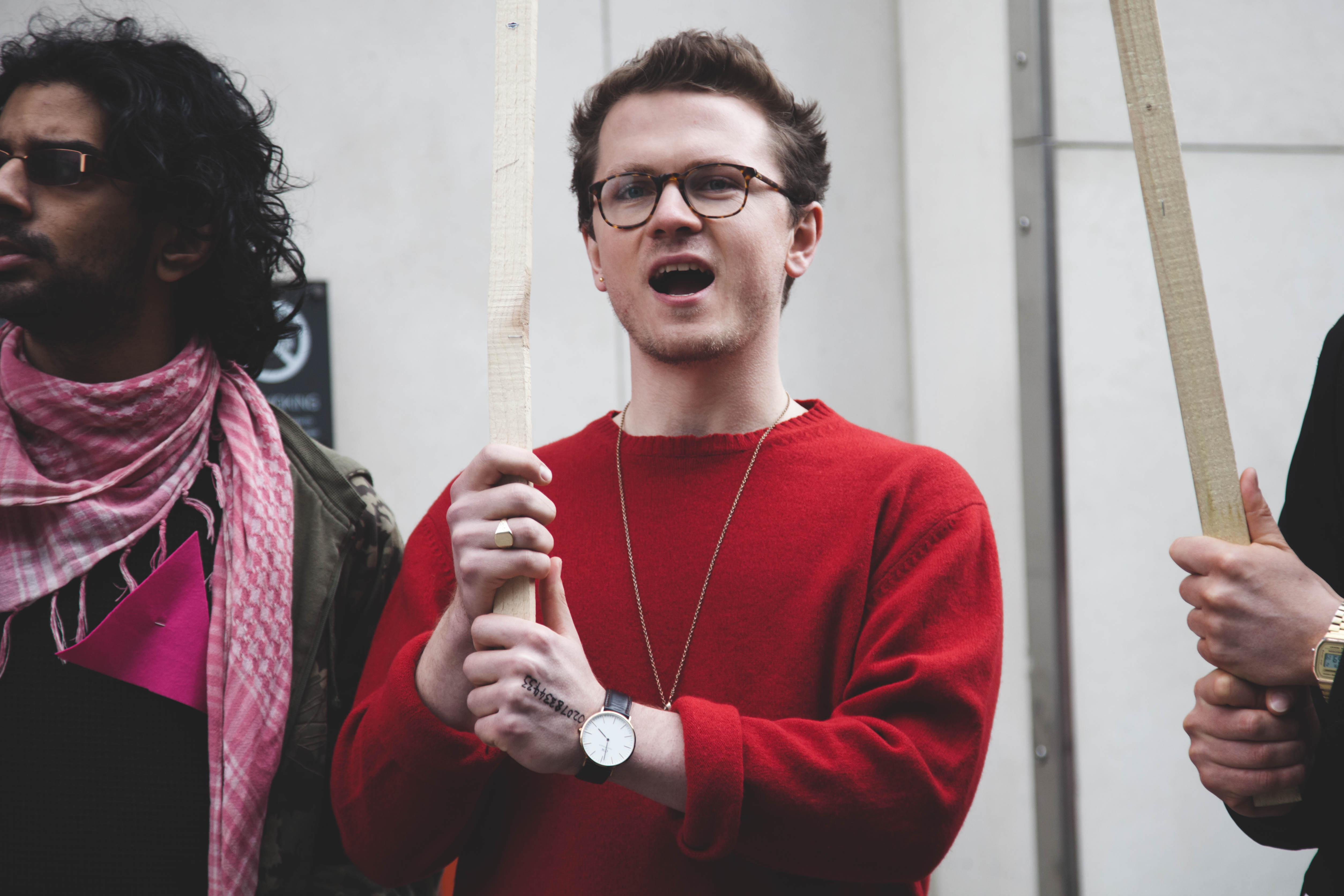 In the United Kingdom NICE, the National Institute for Health and Care Excellence, offer commission guidelines to the NHS, suggesting what they can and can’t prescribe to patients. They reported that a 12 week course of Gilead’s hep C medication, Solvadi and Harvoni, comes to a staggering £38,979.99.

NICE estimate that if Sovaldi was used by every patient in its licensing remit, the cost would top £1 billion, stating this is “prohibitive”, and that it “could not be considered a cost-effective use of NHS resources.” 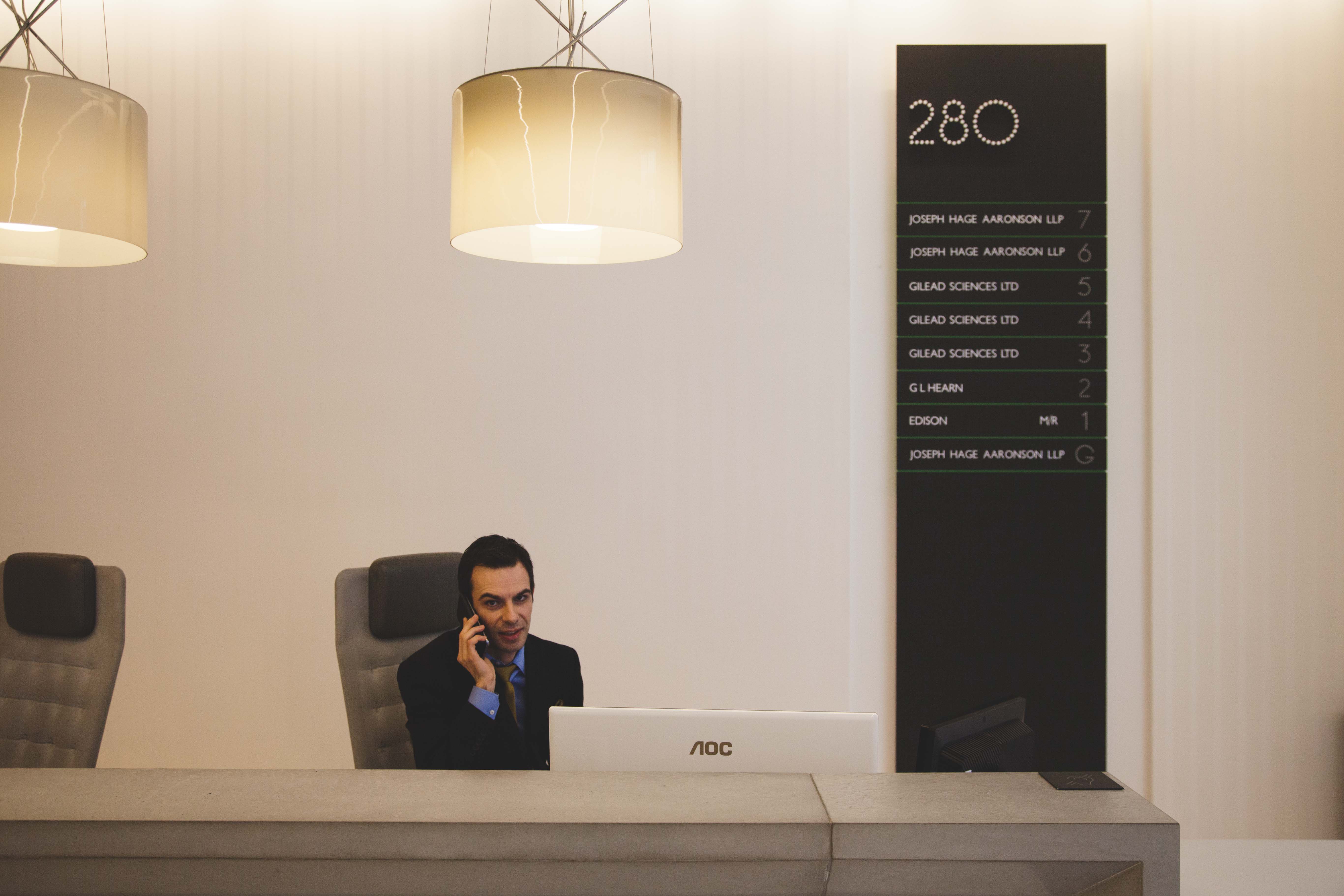 “There’s been studies that show the manufacturing cost of these drugs is between $60-$250”, Jake continued, as passing taxis slowed down to take a peak. “It’s an outrage.”

The campaigners are calling on people around the globe to commit to direct action, as they say other means of campaigning have not yet been working. “These problems have been going on for years”, Jake continued, “Act Up started in 1980, and we’ve been fighting these polices for over 30 years. 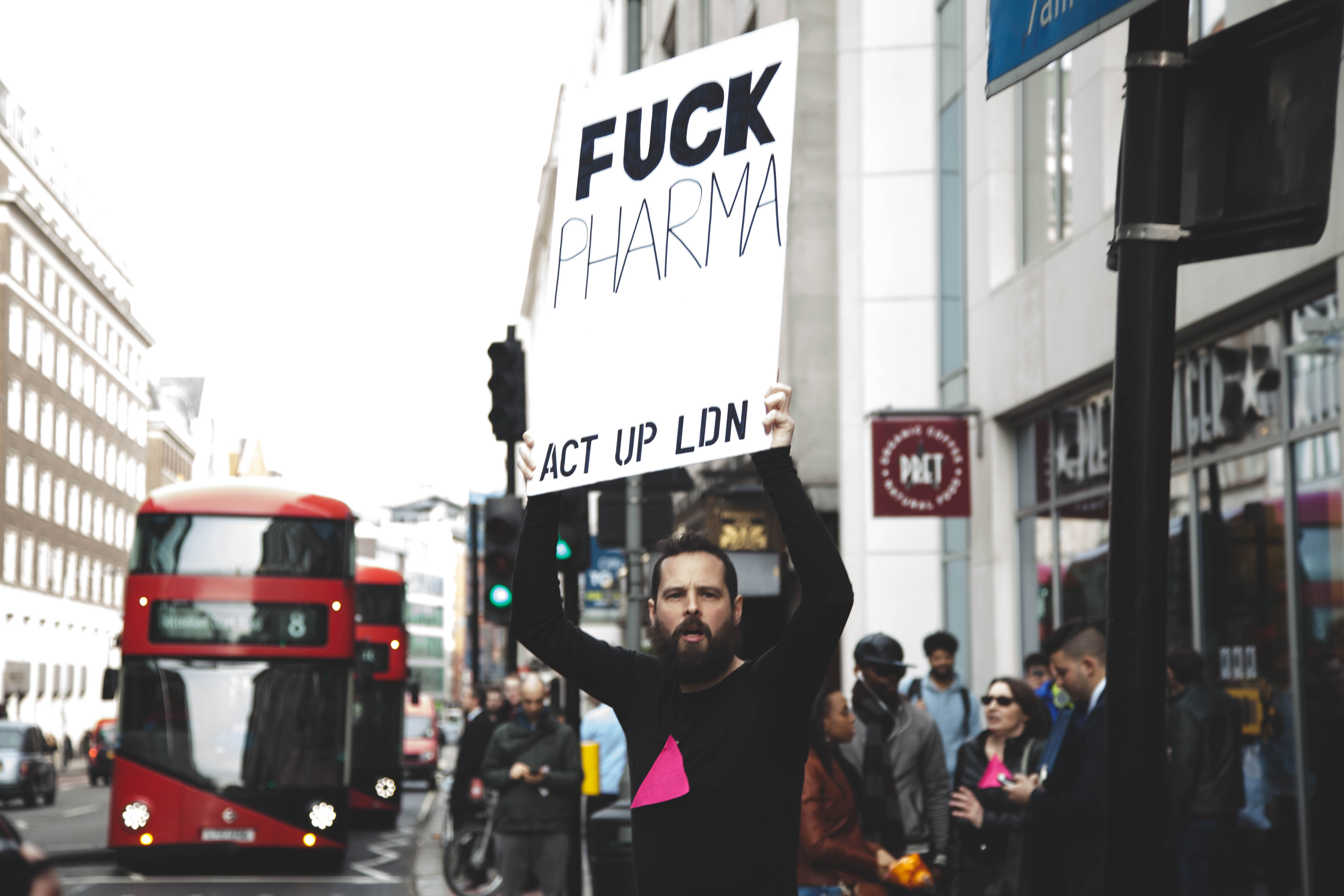 The campaigning may have spanned three decades, but in reality nothing has changed.

“We’re calling on governments to adopt police frameworks to prevent these extortionate prices legal to charge, and for a review of Research and Development policies to allow great equality in access to treatments.” 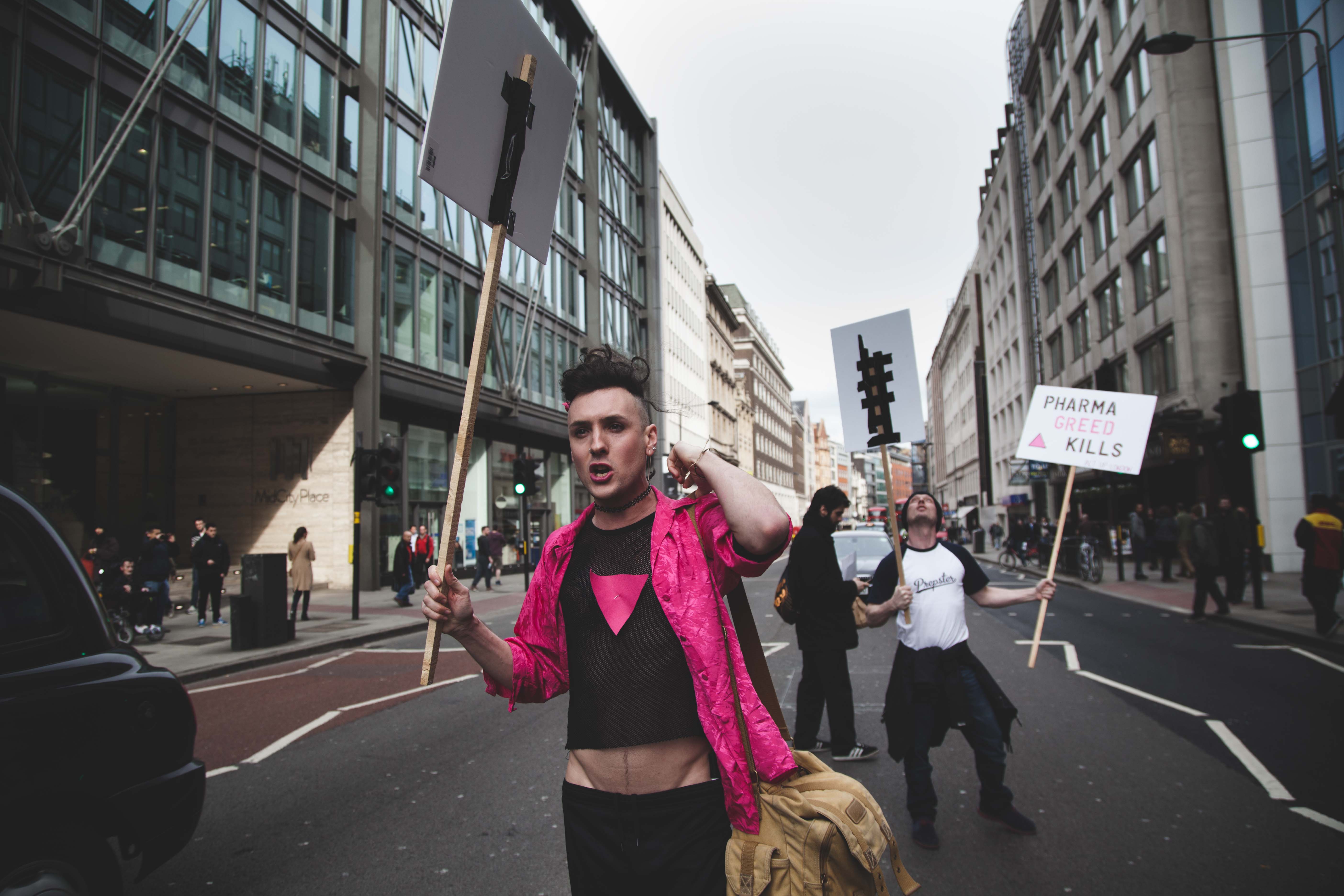 Another protestor, Dan, explained that in a climate of austerity, the NHS “simply cannot afford to pay the £5.8 billion in drug purchases they spent last year. “Public money should not be used to line the pockets of wealthy shareholders,” he said.

Linkedin
RELATED ARTICLES
OTHER ARTICLES
LGBTQ+ students are keeping the spirit of the original Pride alive by fighting for liberation for everyone, not just their community.
In the latest instalment of Photographers in Conversation, the chronicler of raves, protests and beyond explains why he’s drawn to such specifically visceral environments.
Finland-born photographer Sirkka-Liisa Konttinen looks back on her decades-long documentation of life in Northern England.
Photographer David Hoffman recalls documenting the extreme wealth inequality around Tower Hamlets and Hackney int the 1980s.
For decades, an area of East London has served as a community hub for Vietnamese people looking for a taste of home.
Curator Antoine de Beaupré discusses his immense record collection and what it tells us about the intersection of music, photography, art, and commerce.