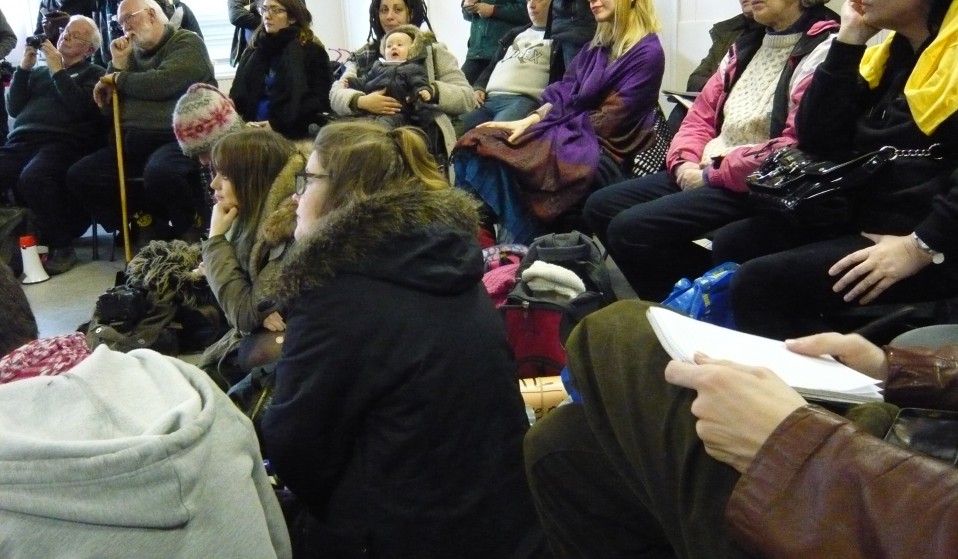 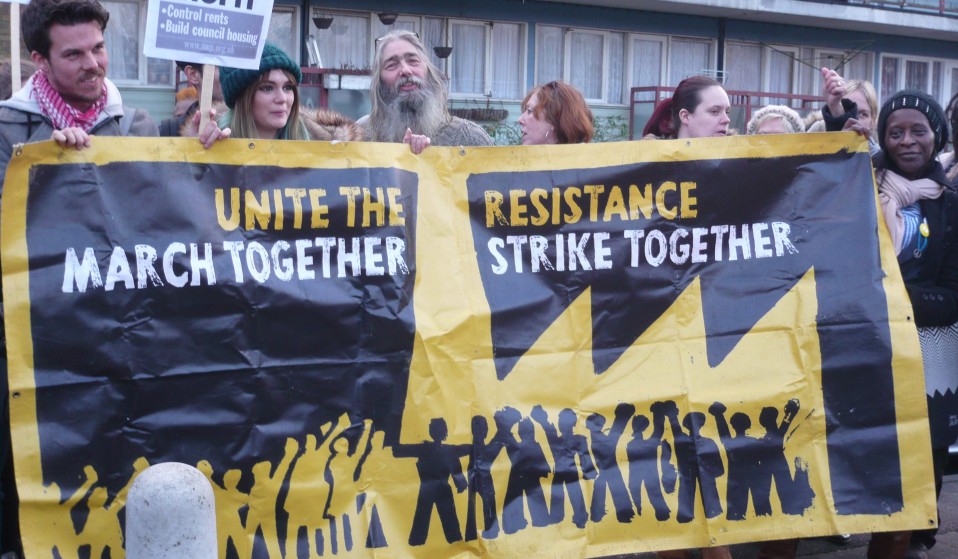 Notes from the frontline of the UK housing crisis.

London’s housing crisis is worsening by the day. Huck spoke to the residents of West Hendon council estate in North London, who have been battling developers since 2002.

“This isn’t just about West Hendon. This is about social cleansing,” says Jeanette Evans, who faces losing her home due to a multi-million pound redevelopment of the West Hendon housing estate in North London.

Evans and her fellow West Hendon residents rallied on Thursday, stepping up their grassroots campaign against the development in hopes of repeating the victory won by their counterparts on East London’s New Era estate last month.

Cities around the world are suffering from significant shortages of affordable homes because local authorities and developers have missed decades of targets — the problem is especially bad in jam-packed London.

At West Hendon, Barratt Homes, the owners of the estate, plan to demolish the existing 680 homes, replacing them with the same number of new affordable housing plus nearly 1,500 others.

Compelled to give up homes

The plans have been controversial, with Barnet council using Compulsory Purchase Orders (CPOs) to buy flats from residents at less than half the price of their planned replacements.

If the plans go ahead, hundreds of council tenants face being rehoused several miles away because only 12.5% of the new homes will be classed as affordable – almost 200 less than are currently.

“Affordable rent is set to double,” says Dan Knowles, a compulsory purchase specialist, represents leaseholders on the estate. “People would need an income of £60,000 a year to afford these sort of rents, and then they wouldn’t be eligible for council housing anyway.”

Affordable housing is currently at 40 to 50% of market rent rates, but the council proposes to double this to 80%. They have also proposed raising council tax to 20% for the poorest people in the borough, whilst cutting it for the richest people.

“We are being forced out of our homes, our housing torn down, our presence eradicated, in order to make way for luxury developments, from which we are excluded,” says Karim Khalick, leader of the leaseholder group, People Power West Hendon.

Similar scenes are playing out across London, with four other estates in Barnet alone facing the same fate. With the fourth highest rent out of the 16 outer London boroughs and with just 6% of landlords accepting residents on housing benefits, the residents of the West Hendon estate are faced with few choices.

However, the people of the West Hendon estate are hopeful. Recent events show that residents in a similar situation have been successful in reclaiming their homes and stopping re-developments like the one proposed by Barratt Homes. The success of the New Era estate has emboldened the campaigners.

After American developer Westbrook bought that estate, there was outcry amongst the 93 families who live there. They were told that when their flat leases expired in July 2016, the price of a two-bedroom flat would raise from £640 a month to over £2,400. Residents decided to take matters into their own hands, and began a fierce campaign to get rid of their new owners.

After months of tireless campaigning, the estate was sold back to an affordable housing provider, who has pledged to keep rents down.

“We need to stick together. As soon as we divide, we’re done for. Redevelopments like this are happening everywhere, it’s disgusting,” says Danielle Molinari, who helped start the New Era campaign.

“We’ve set a precedent – we did it, so they can do it. We were all fighting for the same thing.”

Linkedin
RELATED ARTICLES
OTHER ARTICLES
After news broke last week around an expected reversal of the 1973 landmark law that made abortion legal in the US, protestors gathered in the UK in support of American women.
Our new magazine is here, starring the inimitable Mitski. Order your copy now and join us on a trip around the world.
Photographer Phyllis Christopher recalls capturing sex and protest at a time when the city had become a haven for the queer community.
The government is scrapping the Human Rights Act in a move that will hit marginalised people hardest.
In the last of our dispatches from OFFF Barcelona, Rufus Deuchler and Vincent Gault discuss the future of creative process.
The revered showbiz chronicler recalls his journalistic beginnings, documenting subcultural scraps in the ’80s.