News & Politics / Activism / What could a new UK recession mean for young people? 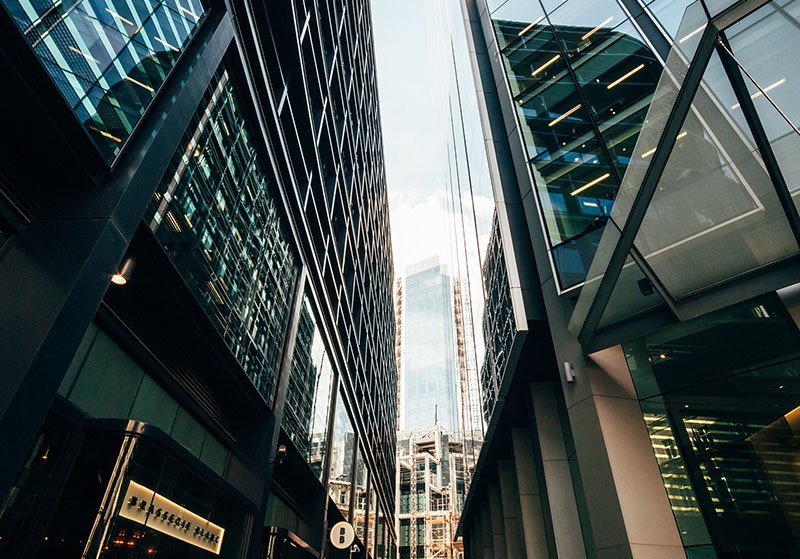 We spoke to economist Laurie MacFarlane, who explains young people are likely to bear the brunt of another economic downturn.

We spoke to economist Laurie MacFarlane, who explains young people are likely to bear the brunt of another economic downturn.

News that the UK economy has shrunk at the fastest rate since the financial crisis is another bit of bad news young people didn’t need.

Since the ‘Credit Crunch’ back in 2007 that became the Global Financial Crisis, we’ve been battered by bad headline after bad headline.

But for young people the effects have been all too real, translating into poor job prospects, low wages and precarious job security.

Economic downturns often hit the young hardest and coming of age at a time of widespread economic turmoil increases your chances of falling into a ‘Lost Generation’ – those who never find work during the slump and are permanently left behind once the economy picks up again.

Throw in massive student debts and an obscene property market that’s putting renting, let alone ownership, increasingly out of the reach for many and its obvious a lot of young people are really struggling.

To find out how yet another recession could affect young people, we reached out to Laurie MacFarlane an economist at progressive think thank the New Economics Foundation, who’s concerned it could lead to falling wages, less opportunities and poor job prospects.

To what extent have young people been affected by the economic ups and downs since the 2007 financial crisis?
Following the financial crisis we saw the longest sustained decline in real wages since records began. Young people have been hit the hardest – real incomes of 22-30 year olds are still 7% below where they were in 2007-08. In contrast, real incomes for 31-59 year-olds have returned to 2007–08 levels, while for those aged 60 and over incomes are now 11% higher than they were in 2007–08.

Are we likely to bear the brunt of a new economic downturn?
The tragedy of economic downturns is that it is usually those who can afford it least who get hit the hardest. Unfortunately, history tells us that young people often bear much of the brunt.

How is it likely to affect those already struggling in minimum wage jobs?
If the downturn is severe enough then some young people may lose their jobs. Others may see hours reduced, overtime cut or be forced to work part-time work in order to retain their job. Although the new “national living wage” came into effect in April, this only applies to those aged 25 and older which means that those below aged 25 do not benefit at all from this.

What are the biggest problems a new downturn is likely to throw up?
Another downturn may see young people face diminished career prospects, fewer job opportunities and reduced earning potential. It may lead to a further rise in young people being forced into precarious work: jobs with poor wages, insecure contracts and a lack of employment protection.

Could there be any positives (falling house prices, for example)?
The outlook for house prices is uncertain, however there has been some evidence to suggest that there will be a slowdown in the housing market and prices may fall. However, it is important to stress that this doesn’t necessarily mean that housing will become more affordable for young people if incomes fall too.

What types of policies could be adopted or would you like to see implemented to prevent young people being adversely affected by this new downturn?
The best thing the government can do at this stage is act to counter any economic downturn and shore up living standards. With interest rates on UK debt at record lows, the Government should develop an ambitious public investment strategy to stave off recession and help young people’s future by investing in skills, education and the technologies of the future. Importantly, the government should act to ease the burden of housing costs on young people by taking measures to control private sector rents and launching an ambitious programme of house building to boost the stock of affordable housing.

To what extent has Brexit played a role in the latest recession?
While we don’t yet know if the UK will enter recession, there is mounting evidence that growing economic uncertainty caused by Brexit is harming the economy. Surveys have shown a sharp fall in consumer expenditure and business investment, and according to the National Institute for Economic and Social research there is now a 50% chance that the UK will enter recession before the end of 2017.

Find out more about their New Economics Foundation. Their Weekly Economics Podcast is not to be missed.

Linkedin
RELATED ARTICLES
OTHER ARTICLES
The first-generation graffiti artist reflects on the tagging’s emergence as an art form and the players who pushed the medium forward.
David 'Dee' Delgado’s photo project is about honouring and uplifting the city of his youth, and a world rapidly disappearing under the relentless onslaught of gentrification.
Yohon Tatum, aka Legendary Father of the House of Tisci, reflects on nurturing a new generation of talent.
Mass crustacean die-offs in the North East have led a community of fishermen to take action to save their seas.
After fleeing the war in Ukraine, people are finding it impossible to secure affordable and decent housing in the UK.
A new film from Berghaus traces the story of Adam Raja, who left behind a turbulent upbringing to discover the healing power of climbing.