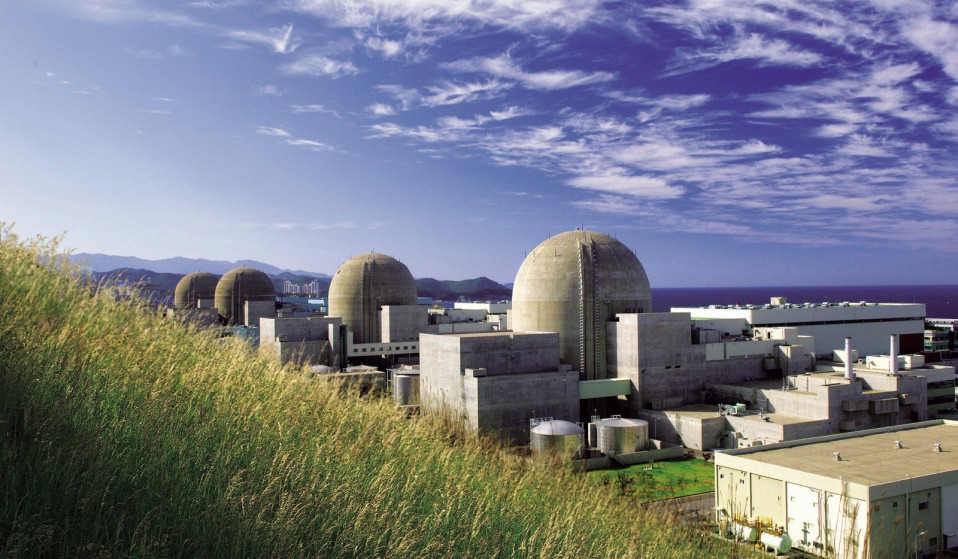 Controversial UK nuclear power station Hinkley point looks set still to be built, despite making no economic or environmental sense. But what's so bad about nuclear?

Controversial UK nuclear power station Hinkley point looks set still to be built, despite making no economic or environmental sense. But what's so bad about nuclear? We spoke to Greenpeace activist and campaigner Kate Blagojevic.

You say the word ‘nuclear’ and people tend to freak out a little bit. It makes sense, given Hiroshima, the Cuban Missile Crisis and the ongoing mystery surrounding North Korea’s nuclear weapons programme. But what about nuclear energy?

Though it seems like a pretty high-tech subject, it’s a lot more common than most people think, and the proposed plans for a brand new nuclear power station called Hinkley Point in the UK has opened the discussion once again about whether we should be using nuclear power in the first place.

Kate Blagojevic actively campaigns against Nuclear Energy for Greenpeace, an organisation that unsurprisingly is vehemently opposed to nuclear power. `

First off, what is nuclear energy? What’s the difference between nuclear power and nuclearbBombs?
Well they are actually very different. We get nuclear energy by something called nuclear fission, which is when large atoms split into smaller atoms and create energy. In nuclear power plants, we can make this happen in a carefully controlled environment, over a really long period of time, which allows us to harness it. A nuclear bomb is different because the reaction is uncontrolled, which is what makes the explosion so powerful and so dangerous.

What do we use nuclear power for?
Electricity! The functioning power stations in the UK create and store energy which then feeds into the national grid, just like British Gas provides energy from its gas stations and other companies have stocks in renewable sources. The grid then distributes it to us, which in turn boils our kettles and keeps our lights on!

What is Hinkley Point?
Hinkley point is a proposed power station that the government, EDF and Chinese company China General Nuclear (CGN) plan to build. There’s actually already a Hinkley point A and B, so C will be a new one as part of the complex.

Why is it so controversial?
EDF claimed they were going to be using Hinkley to cook our Christmas Turkeys by 2017; but that’s obviously not going to happen because it takes nine years to build a one and we haven’t started yet, if we can build it at all. They estimate it will be 2025 now. Because it’s the first Nuclear Power station to be built in so long, it’s opened the floodgates for more, which is what we’re most concerned about. It’s also really expensive.

How expensive are we talking?
The government has guaranteed EDF and CGN £92.50 per megawatt hour. If we put that into perspective, the current price of electricity is half that. You could say ‘well isn’t the price of electricity going to go up?’ but actually it’s falling and is likely to fall further.

There must be some pros to Nuclear energy?
The biggest benefit of Nuclear is that it provides something called baseload power, which means you can just turn it on and it’s there, unwavering.

It’s also non-carbon. We’re trying to find new ways of getting energy that are cleaner than fossil fuels and the government think that nuclear energy is the most stable, secure way of managing this, but not if you consider the safety risk of nuclear waste.

What do we do with nuclear waste?
Right now, we bury it, but we’re running out of space. They don’t have a plan for Hinkley. Nuclear waste is highly toxic and lasts for centuries. They need to have a good plan to deal with it safely.

Greenpeace actively campaigns against nuclear energy, why?
We’ve been very specific to campaign against Hinkley. It doesn’t make economic or environmental sense and we don’t want to reach a point in the UK where the only thing we can do is build more.

There’s so much new technology which means that renewable energy platforms are actually readily available and could create a whole new industry, that’s what we should be investing in. For example the UK is really well equipped for offshore wind because we’ve got a really windy coastline, so we should look into making that a possibility.

A lot of reputable independent bodies have been saying now for quite a while, and it’s important that the government catch up to that.

Linkedin
RELATED ARTICLES
OTHER ARTICLES
The government is scrapping the Human Rights Act in a move that will hit marginalised people hardest.
From the Yakuza to a biker gang, Bruce Gilden recounts capturing Tokyo and Osaka in the ‘90s.
In the last of our dispatches from OFFF Barcelona, Rufus Deuchler and Vincent Gault discuss the future of creative process.
Over the weekend, London locals came together to resist a pre-planned police raid targeting delivery drivers.
The revered showbiz chronicler recalls his journalistic beginnings, documenting subcultural scraps in the ’80s.
The situation in Afghanistan remains dire, with many groups facing persecution at the hands of the Taliban.