News & Politics / Activism / On the ground in Pennsylvania: the battle to get Trump out 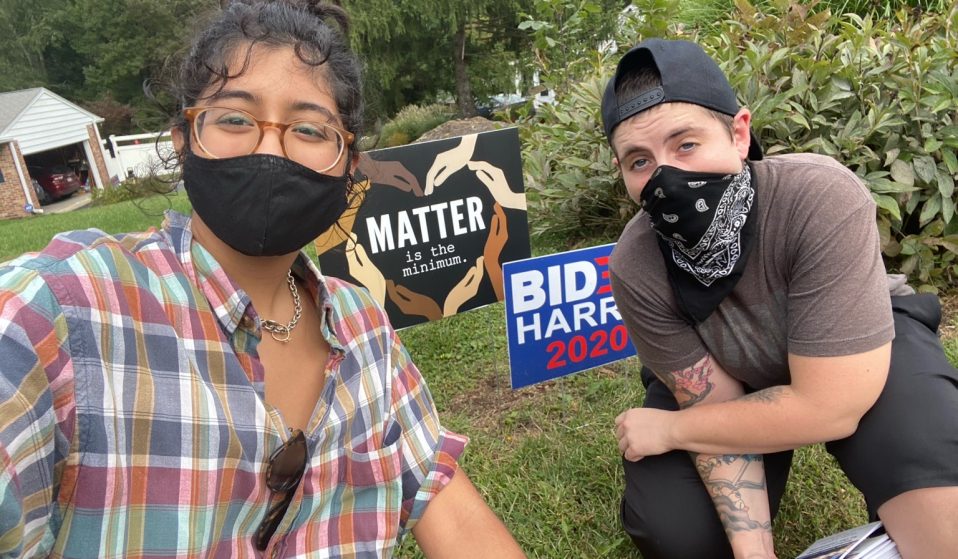 Megan, 26, and Blake, 34, speak to Huck about canvassing in Pennsylvania, a state Trump narrowly won in the 2016 election in a major upset.

Megan, 26, and Blake, 34, speak to Huck about canvassing in Pennsylvania – a state Trump narrowly won in the 2016 election in a major upset. The mood, they say, is one of optimism and empowerment.

For the last six weeks we’ve been canvassing in Pennsylvania. Normally we both live in Brooklyn, NY, and are involved in activism in the city and have full-time jobs in addition to the political work that we manage. This election is so important, we knew we had to do something.

We met back during the 2016 election, and both of us were so confident that we would vote in the first woman president in the United States, that neither of us were working on any election campaigns. In that election, against all the predictions, and in a major upset, Trump took Pennsylvania by a margin of just over 44,000 votes. The state had voted Democrat since the first Clinton ran for President in 1992.

Blake had been out canvassing in Ohio for Obama in 2008, but that was the last on-the-ground work he’d done on any election campaigns. In 2016, I was in Vancouver during the election. I remember checking the polls throughout the night, and watching the meter move further and further to the Republican Party. I went to sleep, and woke up to a headline that’s been ingrained in my mind for the past four years: “Trump’s Historic Win.” 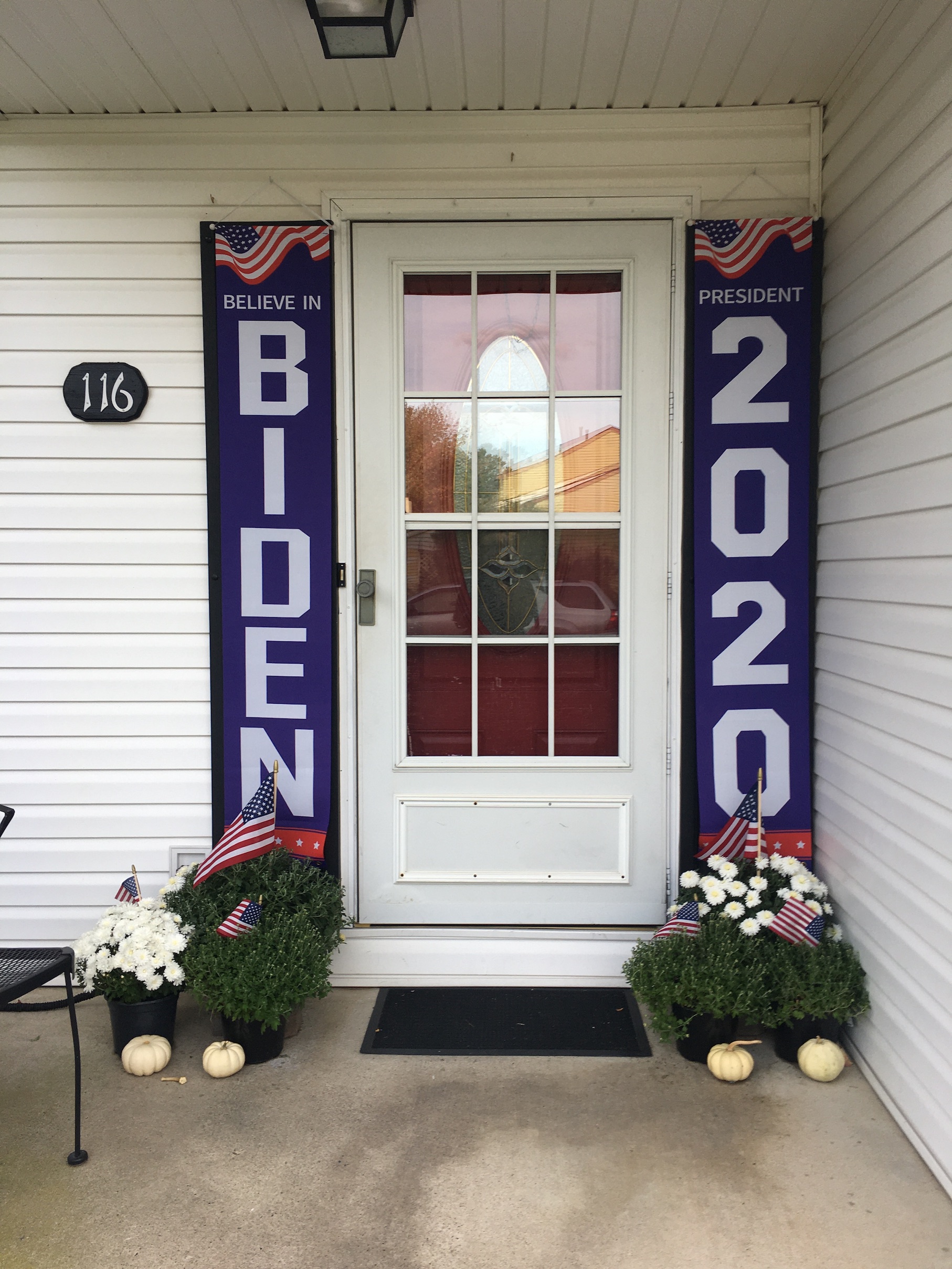 This year, we knew it had to be different. In the primaries, both this year and in the last election, we were supporting Bernie. He was the candidate that we still wanted to see in office. Despite this, we, like so many across the country have thrown everything we’ve got to vote out Trump.

In the little over a month we’ve spent in the state, we’ve experienced a variety of different regions, landscapes, and personalities. We’ve been in rural parts of Pennsylvania, where we ride bikes down one-kilometre drives, to neighbourhoods of mansions, to densely-packed city streets. We have more recently worked in areas of voters that are a majority of Spanish-speakers, and have brought with us bilingual or native speakers, as well as maintained remote phone support of other Spanish speakers to ensure we’re reaching every community.

The feeling is of hope and of empowerment. People are ready this year. Many people voted by mail, others voting in person have their plans ready to go, and ultimately the sentiment is that people are ready to close this chapter of our history. 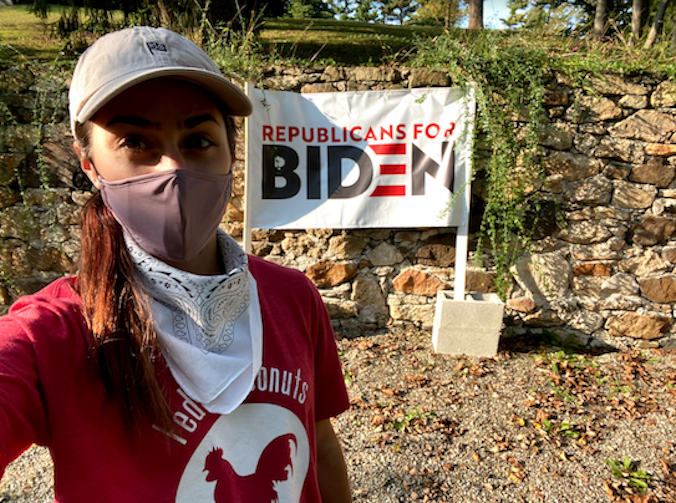 America is at its most divisive. This is exacerbated by the constant spread of misinformation by a president that has told literally over 20,000 lies during his presidency. It is all but certain that there will be protests following any outcome of this election. That being said, one of the most impactful pieces of canvassing has been putting a face to the ‘other,’ and speaking one-on-one with people that may not share your views and beliefs. It humanises our country and pulls us back together.

As we enter the final hours of the campaign, I don’t know if I’m comfortable calling the election this time around, especially with the ghost of 2016 lingering on every media and news outlet. All we can do is work every day to actualise any leads in polling that the news companies report. For Blake’s part, he thinks Biden is going to win Pennsylvania. For him, he’s confident in the work that has been done here, as well as what we’ve seen every week that we’ve knocked on doors.

As the polls close later today and the final votes are cast, what I really hope for is peace, stability, and a decrease in the spread of misinformation and flat out lies that have been prevalent throughout the past four years. With all the work we’ve done, and all the people we’ve met, it feels like there’s at least a hope of that.

(As told to Ben Smoke) 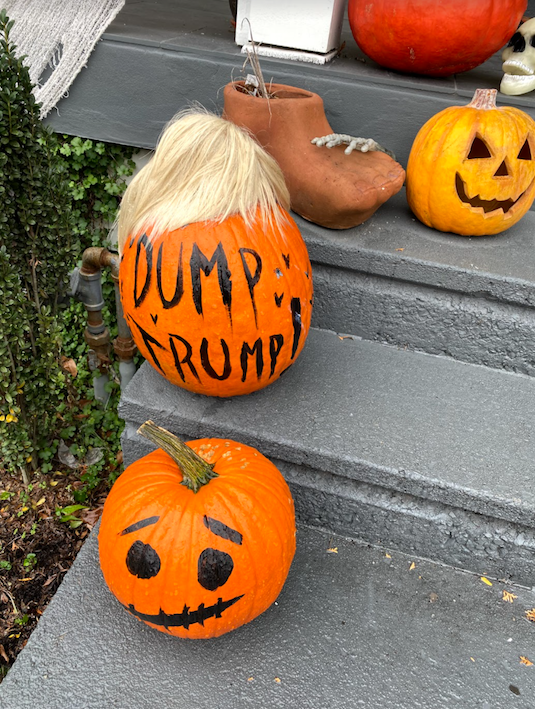 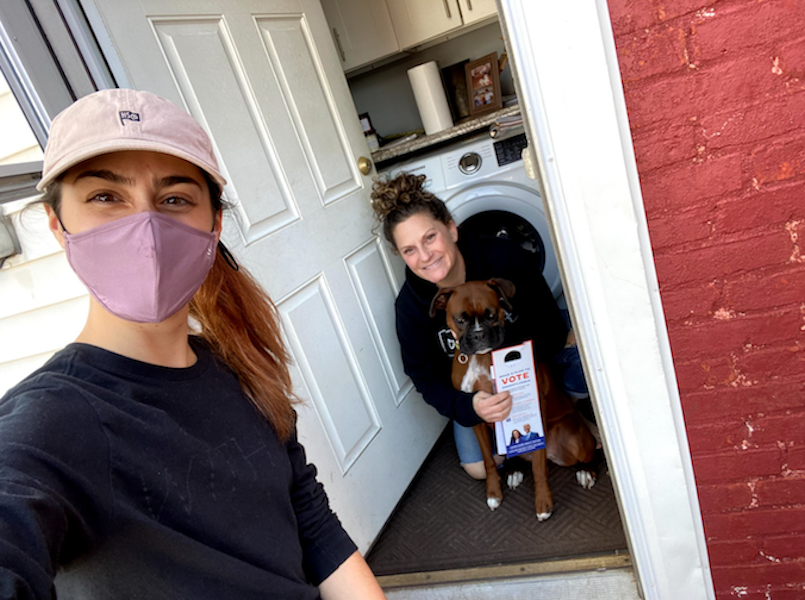 Linkedin
RELATED ARTICLES
OTHER ARTICLES
Following the success of her debut novel, the Tottenham native is restating her commitment to the place that made her.
Writers Matt Foot and Morag Livingstone explore how four decades of collusion between the government and the police have slowly eroded our right to protest.
Over the weekend, London locals came together to resist a pre-planned police raid targeting delivery drivers.
The author discusses her blistering new novel about history, revolution and queer love.
To mark the anniversary of the mass trespass of Kinder Scout, a group of hikers came together with the intent of creating a new, fully inclusive culture for rural spaces.
In the last of our dispatches from OFFF Barcelona, Rufus Deuchler and Vincent Gault discuss the future of creative process.