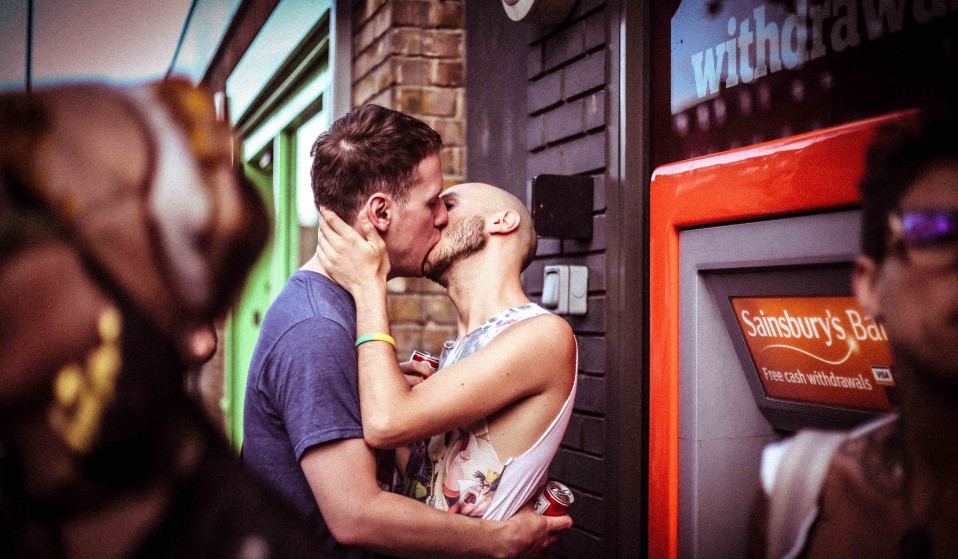 This weekend, hundreds of people descended on a London supermarket for a Big Gay Kiss In, in response to a homophobic incident earlier in the week. Huck News Editor Michael Segalov organised the protest that got East London puckering up in the aisles.

This weekend, hundreds of people descended on a London supermarket for a Big Gay Kiss In, in response to a homophobic incident earlier in the week. Huck News Editor Michael Segalov organised the protest that got East London puckering up in the aisles.

There are some things in life, even at the tender age of 23, that I know I’ll only do once. Graduating from university, ascending Machu Picchu for sunrise, falling in love for the very first time: knowing you only get one shot for me pushes me to savour every moment.

So, it was a little surprising that I found myself, on Saturday evening, standing at a branch of UK supermarket chain Sainsburys, as hundreds of people gathered for The Big Gay Kiss In. The protest was organised (and by that I mean I made a Facebook event in bed, slightly hungover) in response to a story that took off in the UK media – two men had been told by a security guard in this small East London store that holding hands was “inappropriate”, and they’d need to stop right away or leave the store. 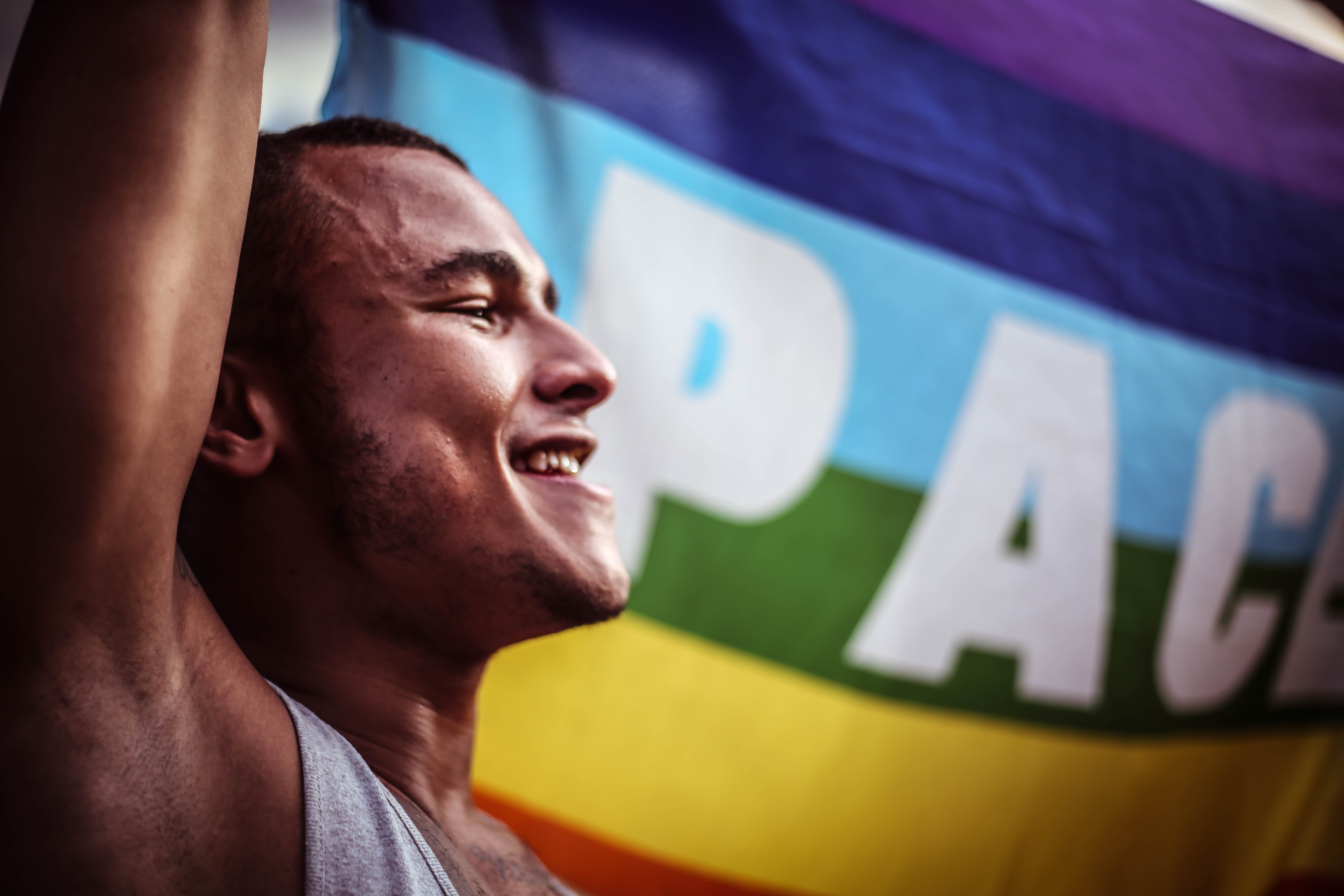 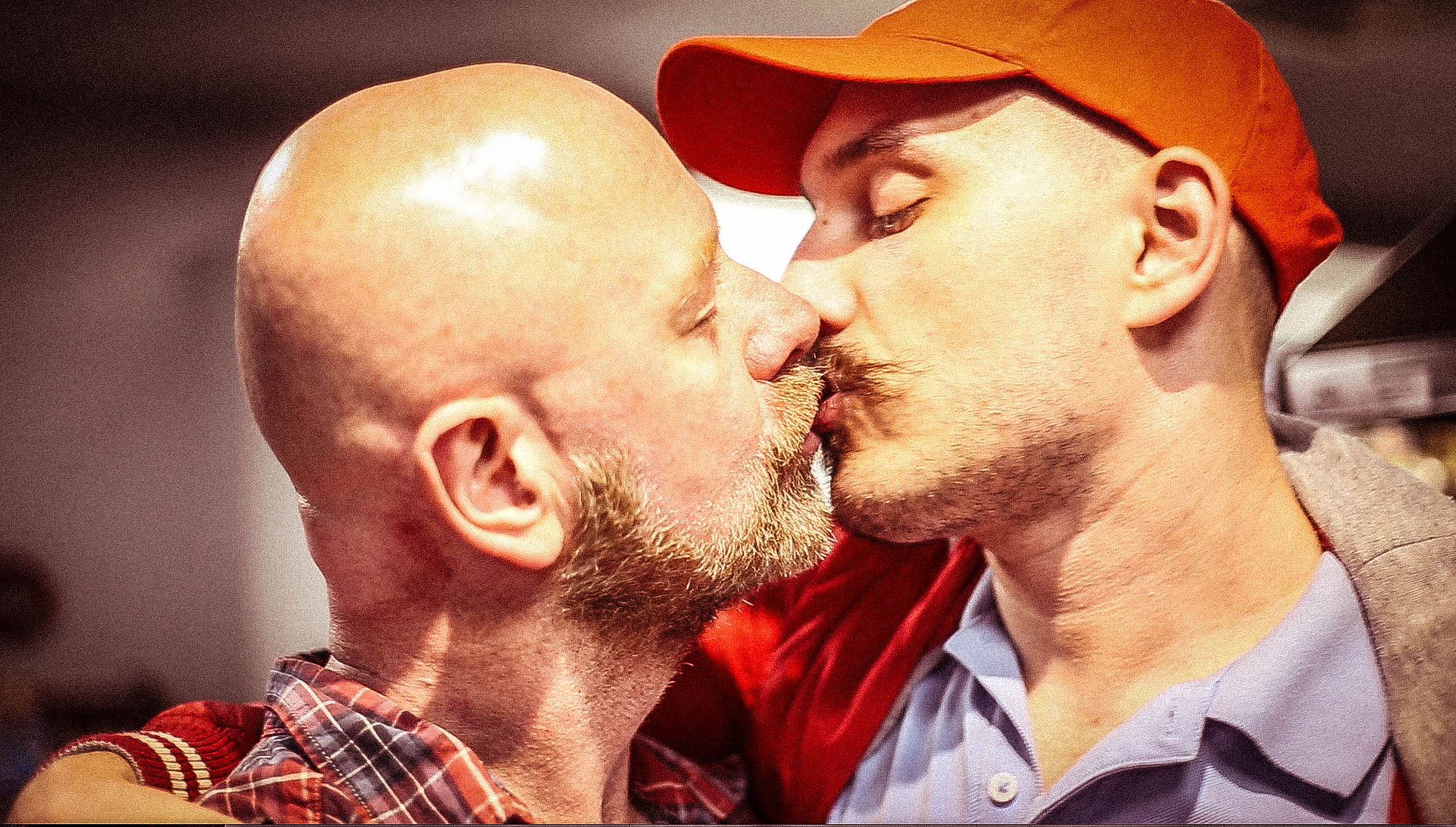 Now, to come clean: I organised the protest, but I’m also a journalist here at Huck, and this isn’t the first time I’ve found myself demanding throngs of LGBT people (and anyone else) head down to a branch of Sainsburys to pucker up for equality. Back in 2014, when I was living down in Brighton, a similar incident occurred, when two young women were told by a security guard that a light peck on the cheek by the frozen peas was, you guessed it, “inappropriate”.

It didn’t sit comfortably with me, and the Big Kiss In was created in response and over one thousands people turned up to join us. Back then we all came together in an act of defiance, and this time was no different. A response like this isn’t just to prove to the individual staff members at these stores that different standards can’t be held for couples depending on their gender or sexuality, who knows what individual pressures these security guards are under. It’s a whole lot bigger than that. 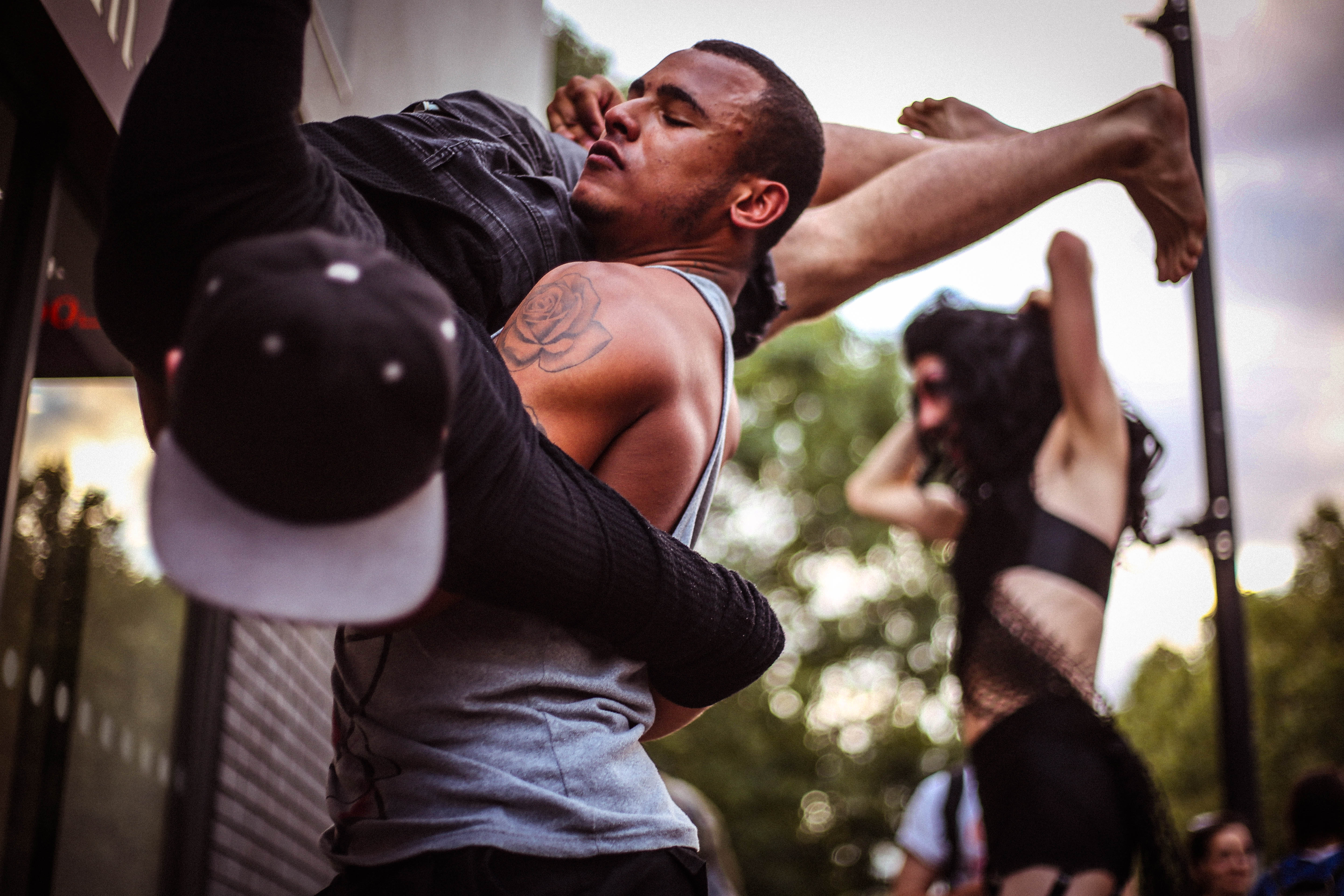 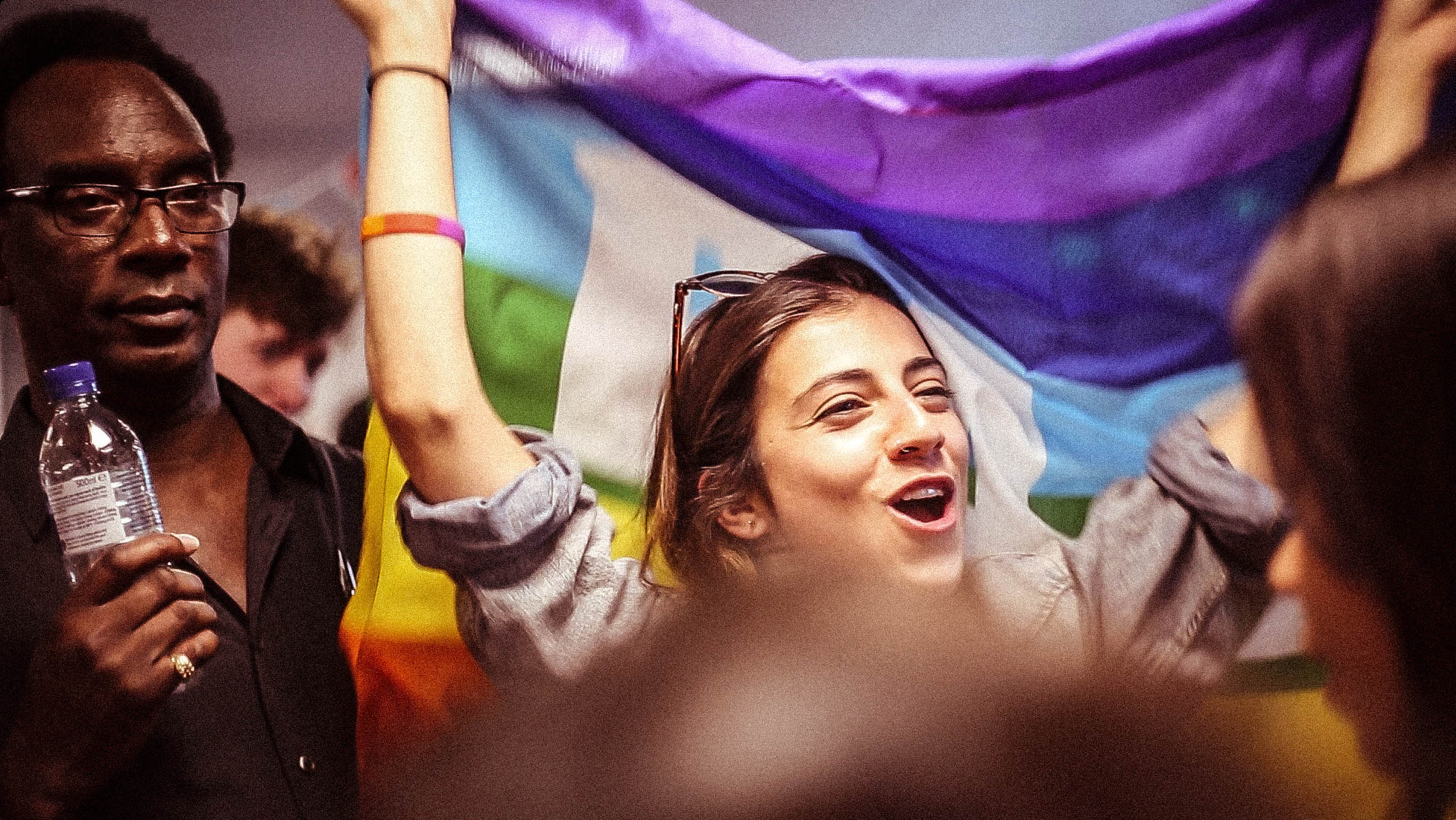 When I heard the news last week that these two blokes had been harassed, it struck me how much of an impact an event like this might have had. Anyone who’s been in a relationship with someone of the same gender knows what it feels like to constantly worry about showing signs of affection in public. You notice the looks, the stares, the verbal abuse and all too often worse. It’s thankfully a feeling that most heterosexual people never have to contend with, quite rightly I’ll add.

So, when the headlines and TV shows were brimming with stories about this incident, I felt it was vital to do something positive. Imagine being those two guys walking into another supermarket, or any other public space together, and the hesitance they may now feel to hold hands. Imagine being those two women in Brighton just a few years ago. Imagine being a queer teenager anywhere across the country and seeing that this is what life has in store for you. It just didn’t feel right. 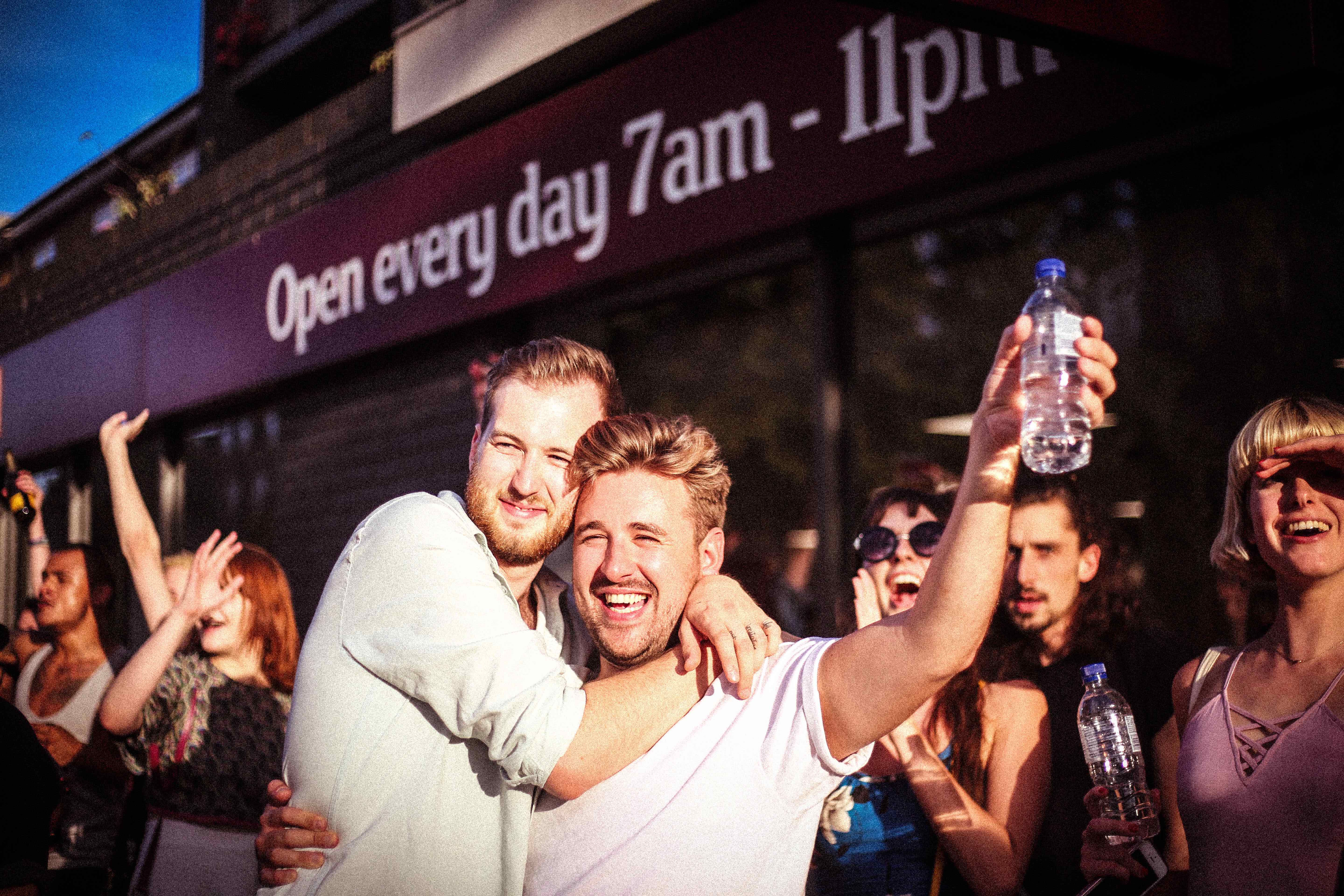 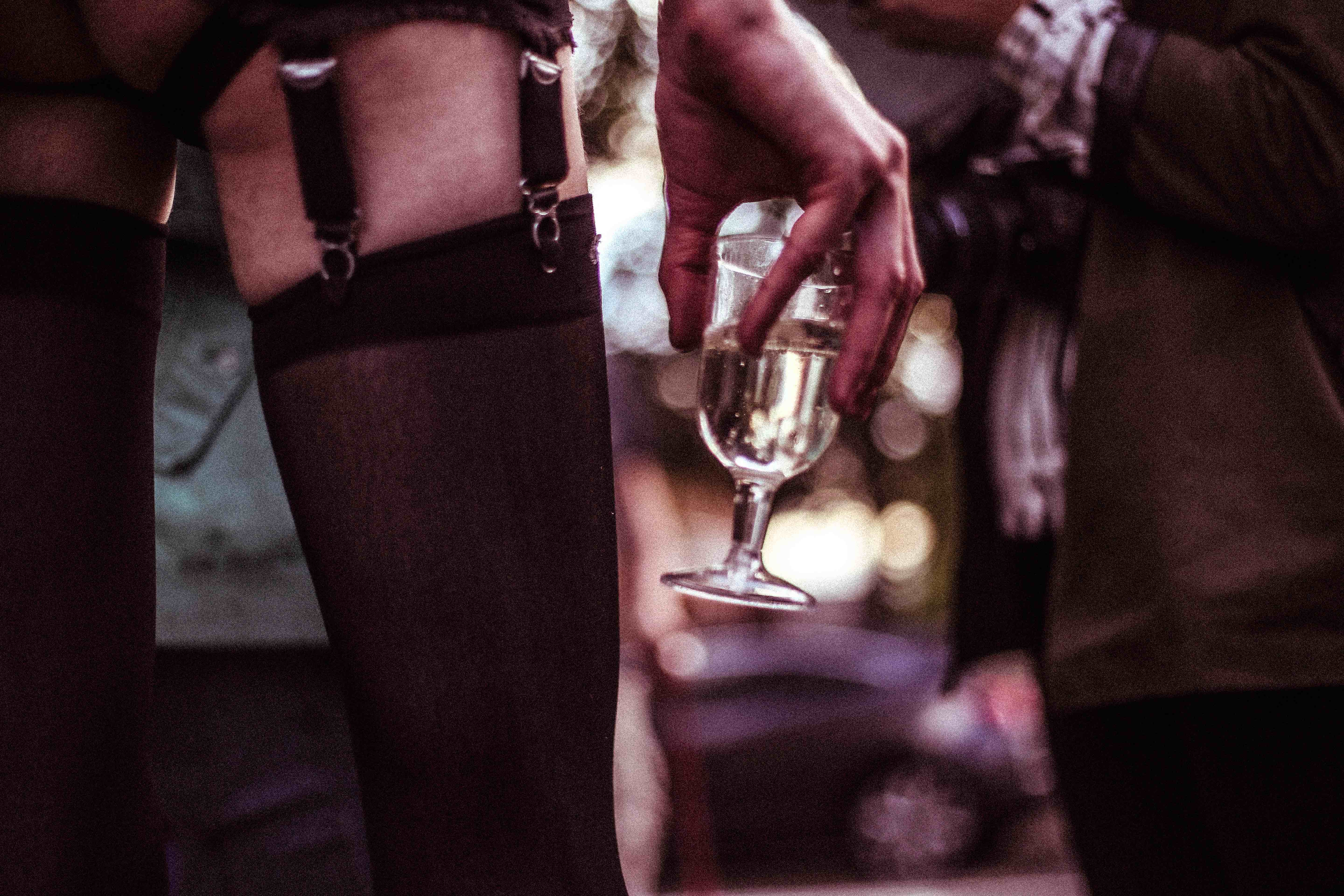 When hundreds of people gathered on Saturday, dancing to disco, having a drink outside in the sun, the tone had changed. Suddenly we weren’t just talking about homophobia, which is of course vital and necessary, but we were also talking about celebration, about empowerment and about defiance.

By the time the crowds had swelled, Thomas Rees and Joshua Bradwell, the two guys who were told off in the first place, took to a microphone in an emotional address. “No matter how you identify, or who you love, it’s your human right to express that love as you see fit”, said Thomas. After pumping the crowd into a whooping frenzy, drag queen Rodent Decay started the countdown, and after ten short seconds the kissing began. 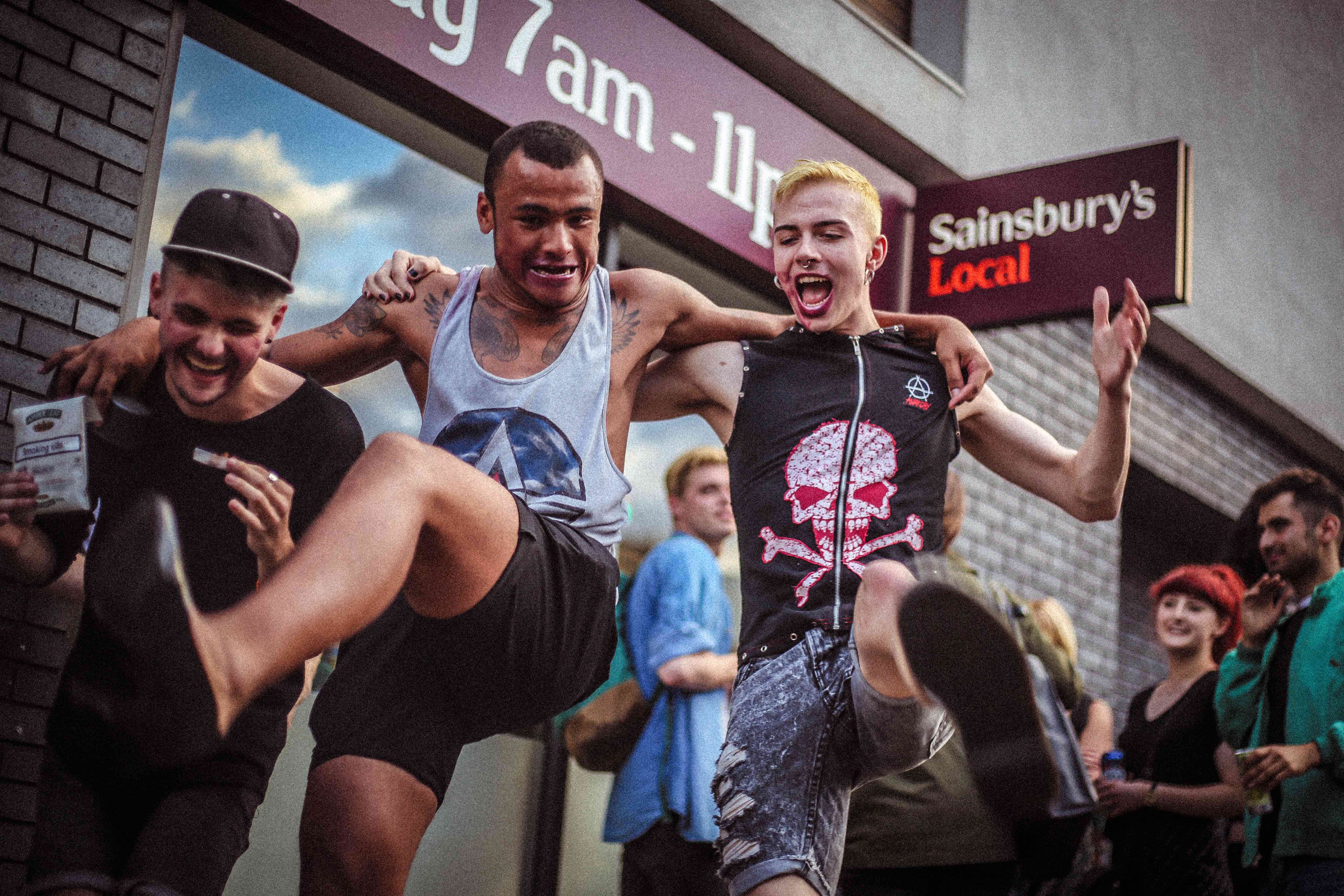 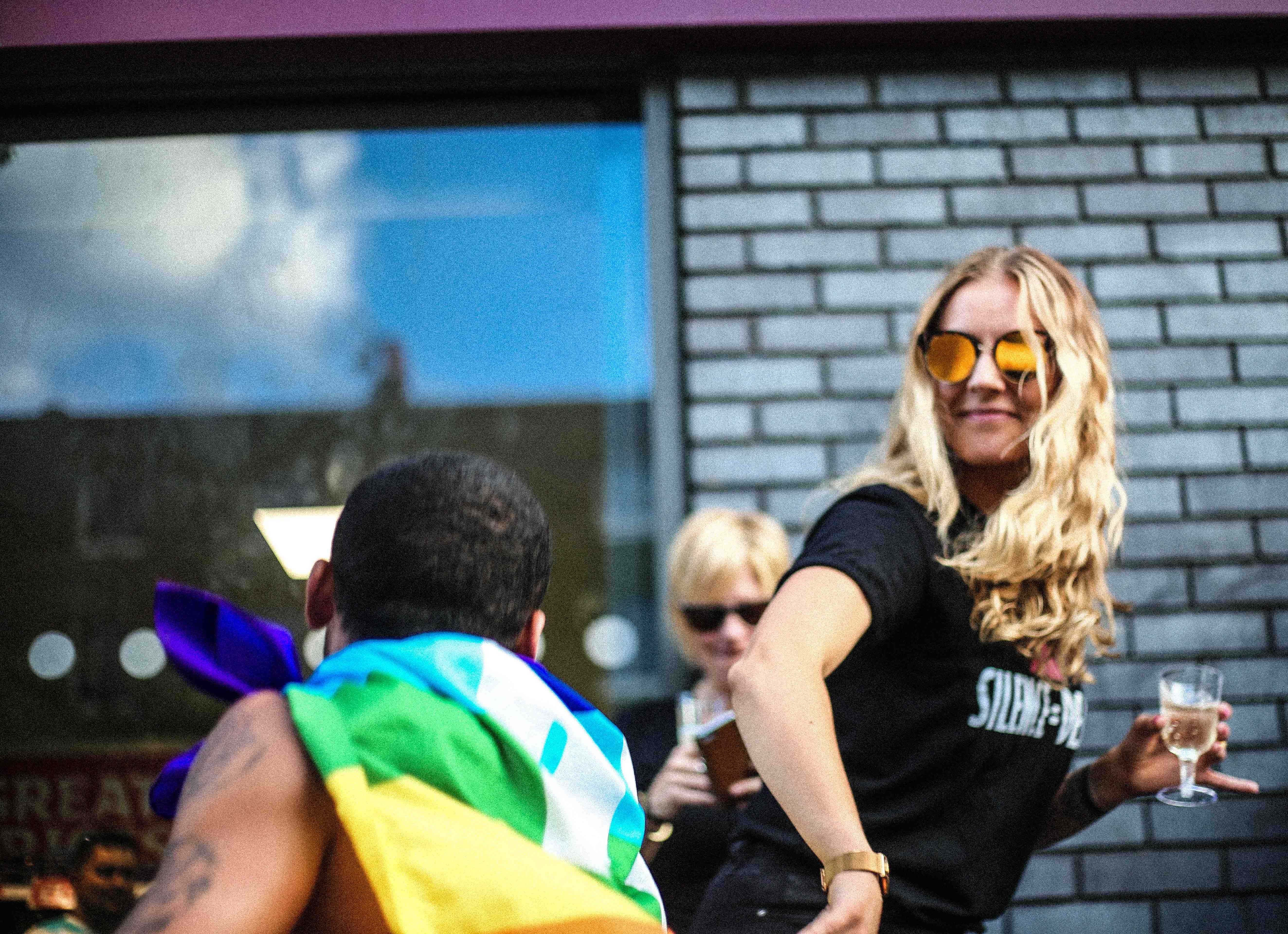 Pretty soon the street was alive with a party, and images of men, women, and everyone else kissing were plastered on news websites across the UK.

Two things struck me this week as this was happening. Firstly, just how easy it is to organise an action like this. Just hours after creating a simple event on Facebook the story was picked up in the news. Sure, it’s a cause that resonates with a whole community, but it’s really not all that hard. I’ll keep that in mind the next time an injustice rears its head. But also just how widespread incidents like this are. 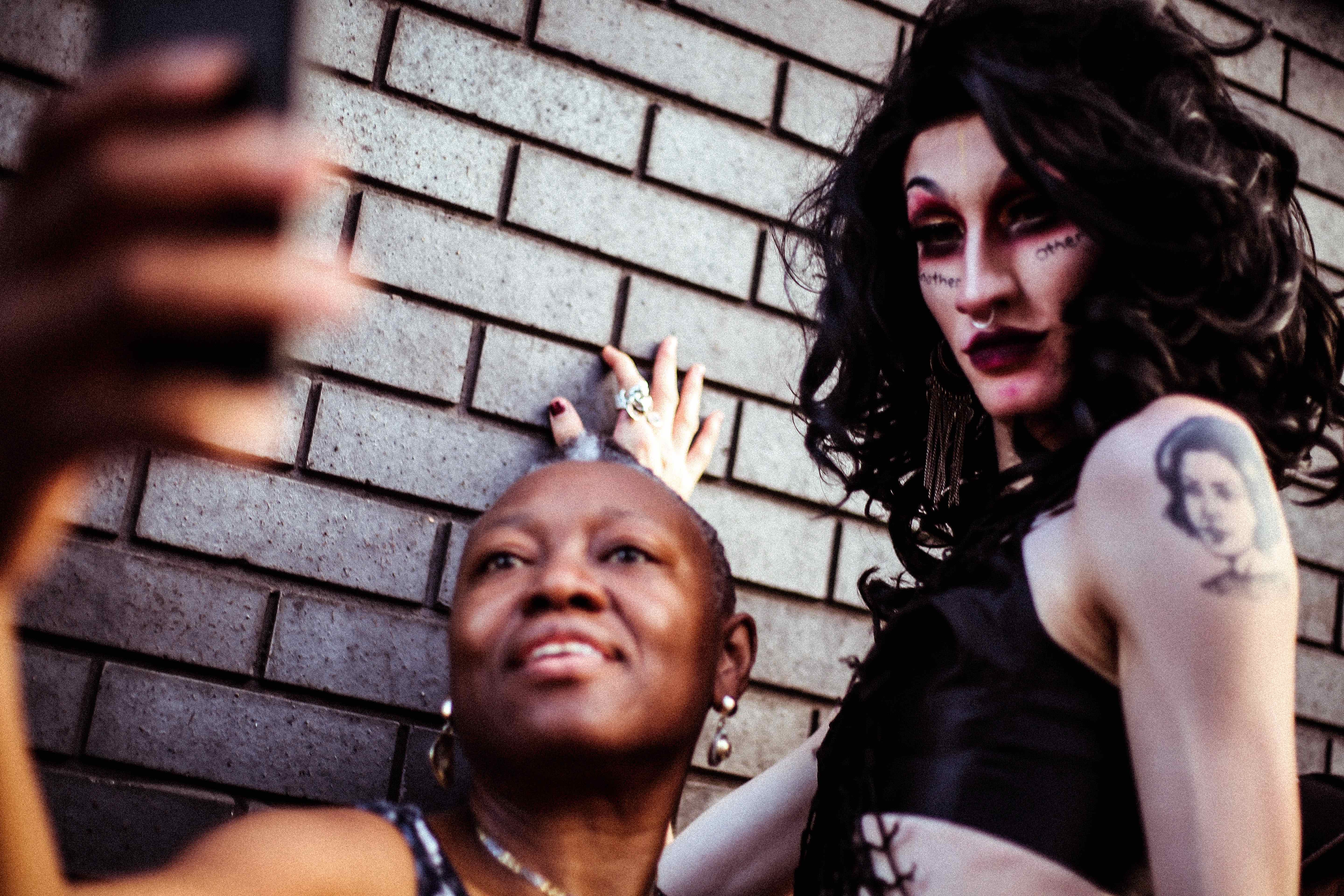 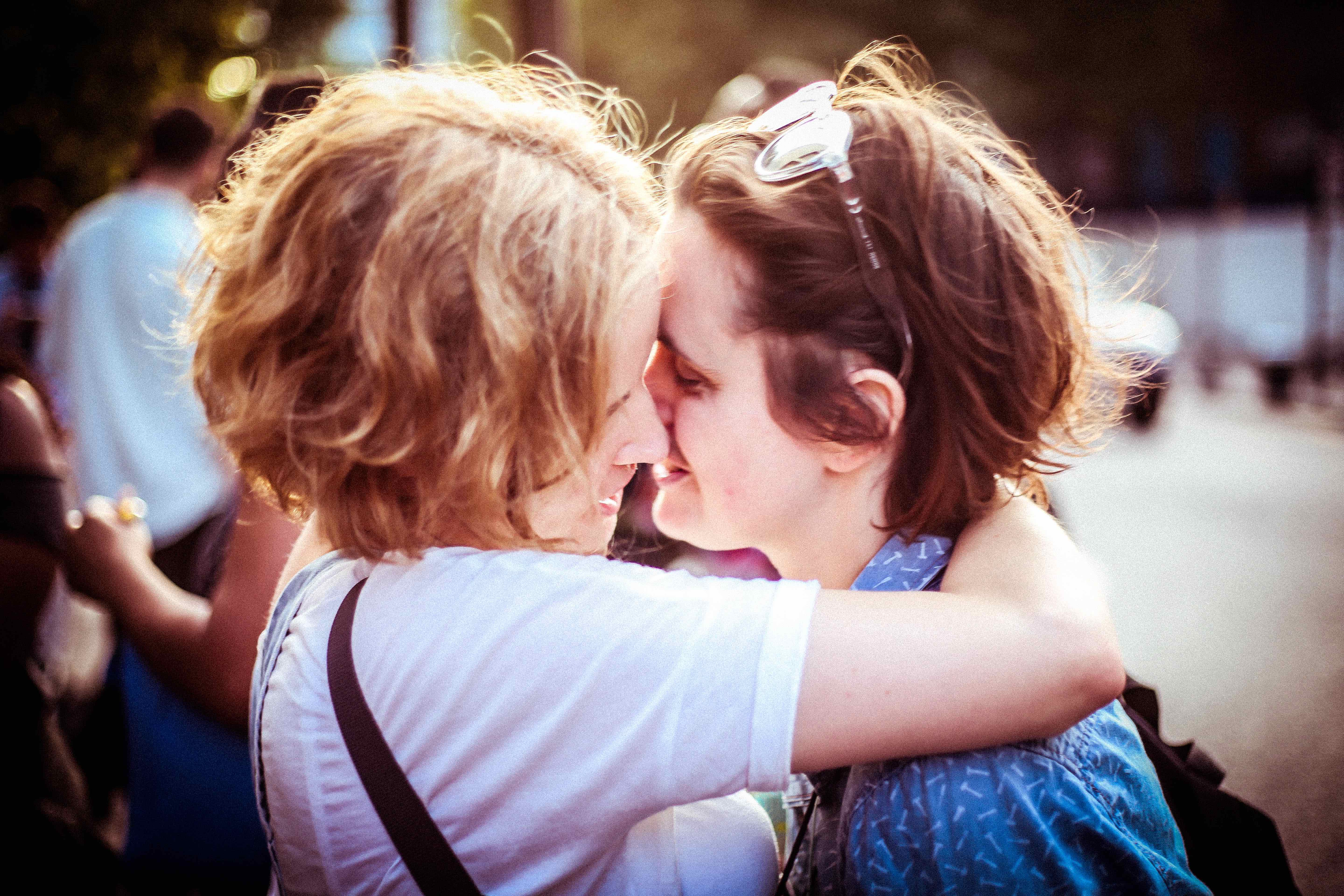 My messages and emails were inundated with people telling me similar things had happened to them: in supermarkets, on public transport, in restaurants and more. These two guys were in a position where they were able to speak up, but for so many of us it’s just not an option. Hopefully there’ll be no need for a Kiss In 3.0, but if there is, please come and join us. 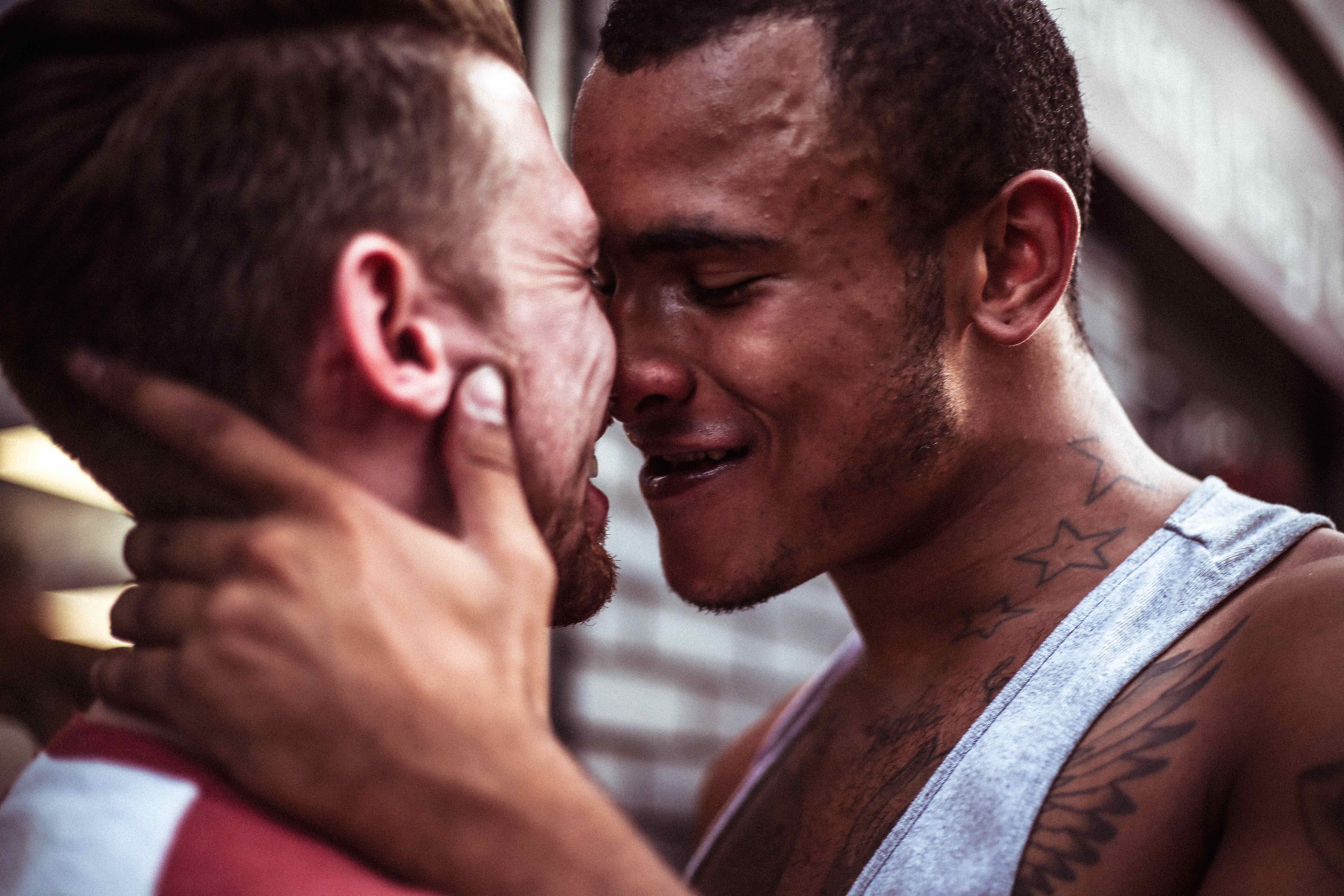 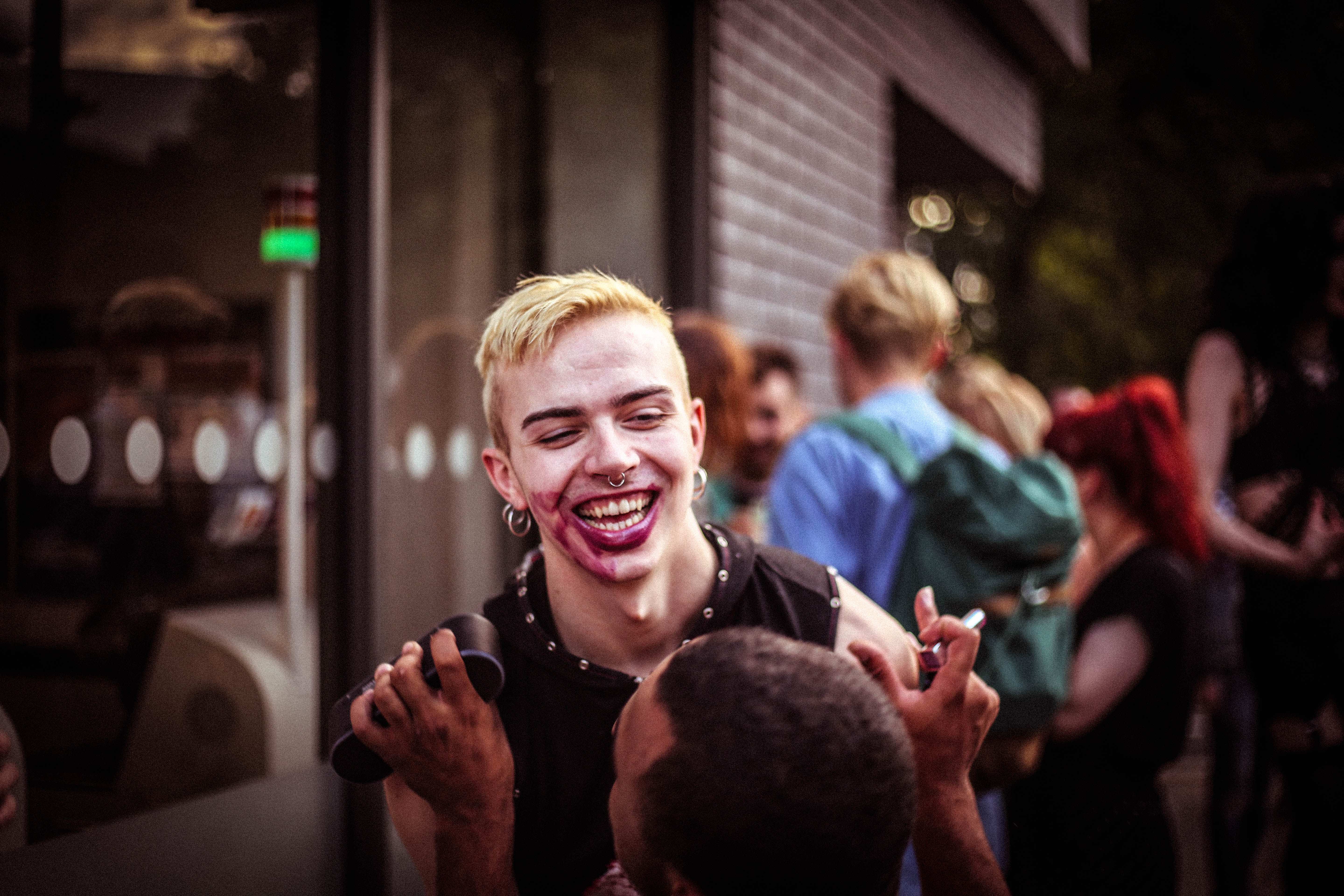 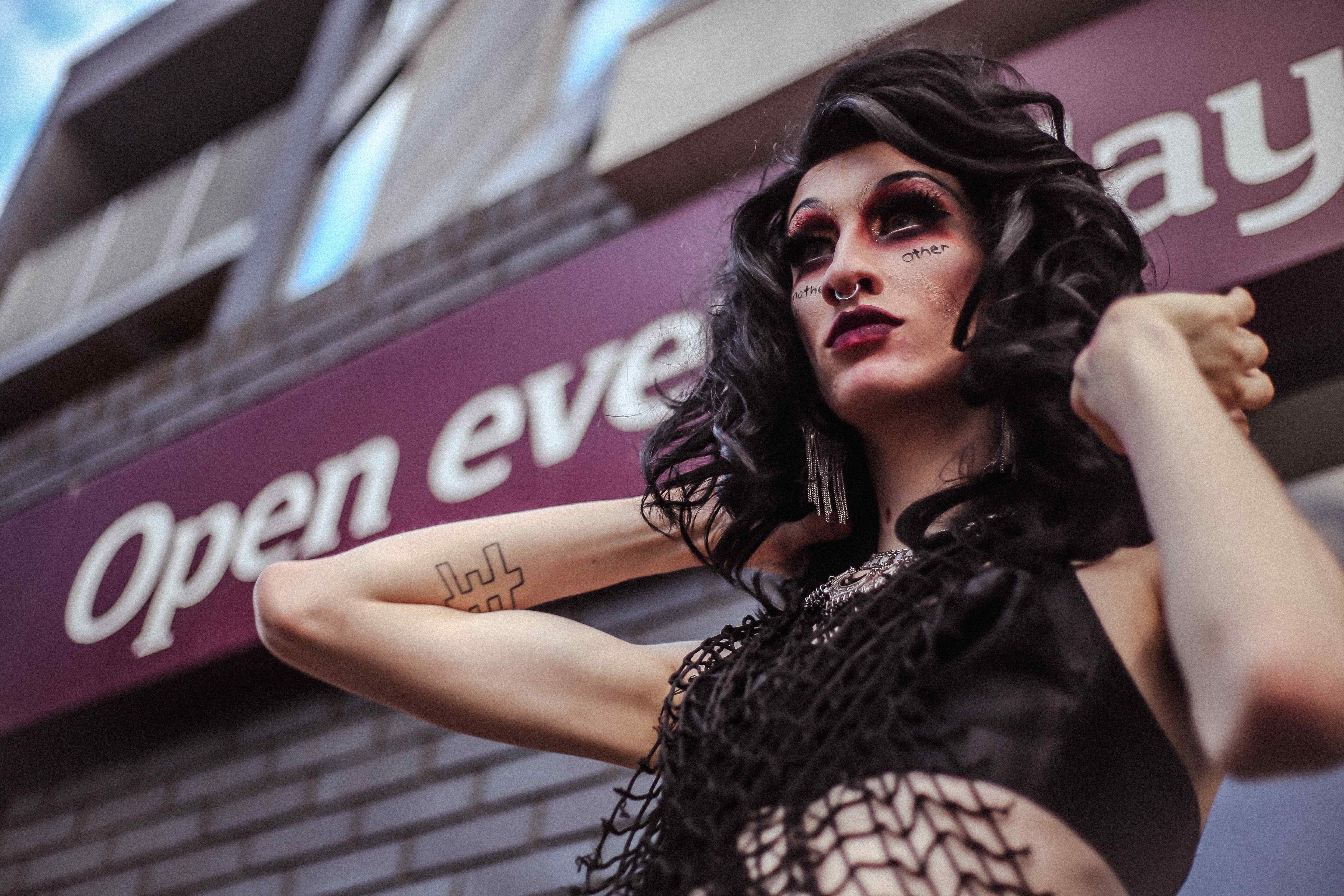 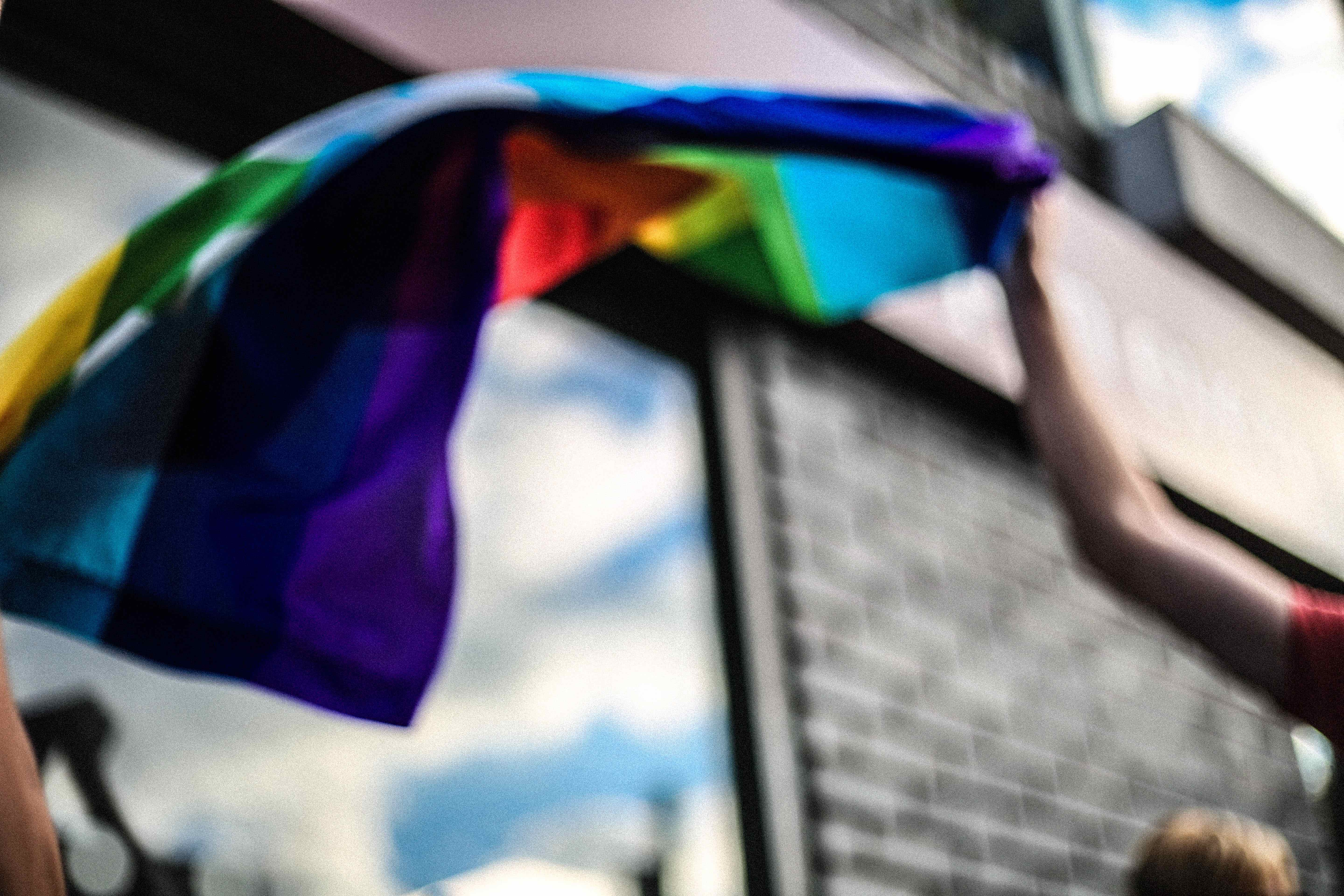 Linkedin
RELATED ARTICLES
OTHER ARTICLES
Tough fines and arrests for drug possession and supply is pushing festival-goers towards unsafe measures to consume or smuggle in their substances.
From the early originators to the female writers at the forefront of today’s scene, we talk to the artists redefining graffiti’s consciously macho origins.
Following the release of his latest album, the rapper talks about finding a new approach to songwriting, attitudes to poverty, and why his music is more than a political statement.
Steel City is often overlooked when it comes to the country's cultural radar despite its role in shaping electronic music.
Last week, Tower Hamlets council removed its nudity-restricting licensing conditions in a huge win for London’s kink community.
To mark the premiere of his new documentary on surfing giant Gerry Lopez, the filmmaker and former pro skateboarder sits down to share his unique brand of wisdom.