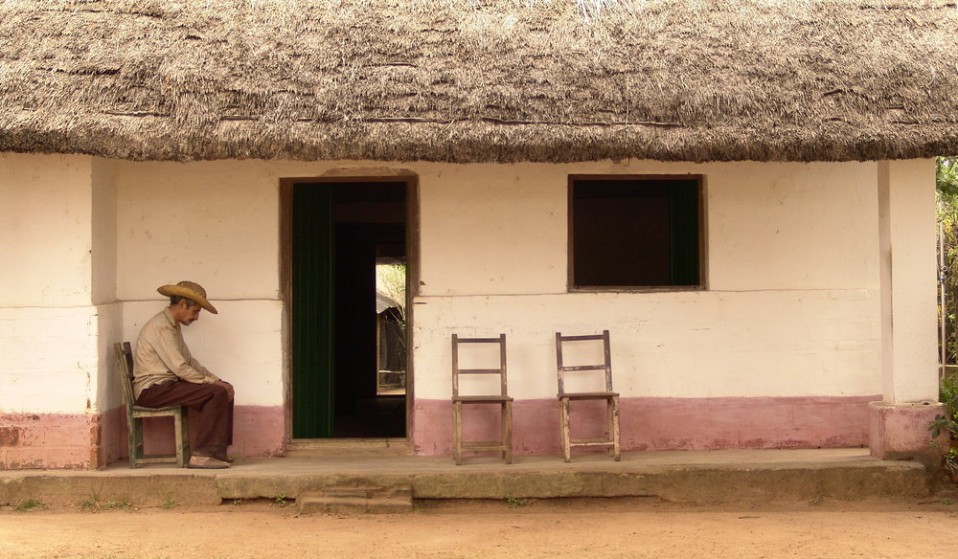 The three-week festival highlights the arts and perspectives of indigenous cultures of the world across 12 countries and venues.

The three-week festival highlights the arts and perspectives of indigenous cultures of the world across 12 countries and venues.

The Origins Festival of First Nations offers a mix of indigenous theatre, live performances, talks, lectures and films, highlighting indigenous perspectives on the environment, globalization, truth and reconciliation, and healing.

Curated by Border Crossings, an international theatre company that creates intercultural theatre in response to the contemporary globalised world, the festival kicked off on June 9 and runs until June 24. With material from 12 countries, Origins takes place in 12 different London venues including the British Museum, Rich Mix Arts Centre and the Southbank Centre.

The festival aims to give a stronger sense of the wealth and value of First Nations cultures, and to provide a forum where UK audiences and opinion formers can engage with them directly through performance, exhibition, and dialogue. Here are five of the best things from the festival.

A lecture from a Native American, twice running Green candidate for the Vice-Presidency of the United States. LaDuke is renowned for being an activist, environmentalist and writer. She helped found the Indigenous Women’s Network in 1985 and went on to work with the Women of All Red Nations to publicize the alleged high level of forced sterilization among Native American women. She is also Executive Director of Honor the Earth, an organization she co-founded with Indigo Girls in 1993.

Ten tribesmen venture on a trip where they build canoes, gather food and gossip about their wives. The leader of the group, Minygululu, tells the young Dayindi the story of the great warrior Ridjimiraril, a tale of friendship, deception and forbidden love. True to the oral tradition from which it comes, this first feature film in an indigenous Australian language is about storytelling, the beliefs by which people live, and how young people learn “to live the proper way”.

Acclaimed street and graffiti artist Elliot Tupac, ‘The Banksy of Peru’, will create a mural at an undisclosed location in a thrilling live event for the festival. Inspired by the colours of the Andes and the place of indigenous culture in the modern city, this will be a unique opportunity to watch him create a piece art before your eyes.

The legendary birdmen of Mexico. As unique as it is visually stunning, the spectacle of these Totonac men soaring through the air suspended on ropes is truly one of the cultural wonders of Latin America, and has been honoured by UNESCO as Intangible Cultural Heritage.

For full programme and listings visit the Origins Festival website.

Linkedin
RELATED ARTICLES
OTHER ARTICLES
Tristan O’Neill’s shots of dancers caught in moments of reverie at the height of rave’s golden age are a testament to the UK’s legendary club culture.
After fleeing the war in Ukraine, people are finding it impossible to secure affordable and decent housing in the UK.
After blocking the Scottish government’s gender recognition reform bill, Westminster is now devising further changes to the law to make it harder for trans people to self-identify.
Theo McInnes’s photos of the annual event provide an intriguing snapshot of contemporary Britain.
As she gears up for the release of her first book, the 24-year-old climate activist talks standing up to authority and building a more inclusive movement.
A recent High Court ruling against the right to wild camp in Dartmoor National Park sparked the largest land protest in history – and campaigners say their fight is not over yet.