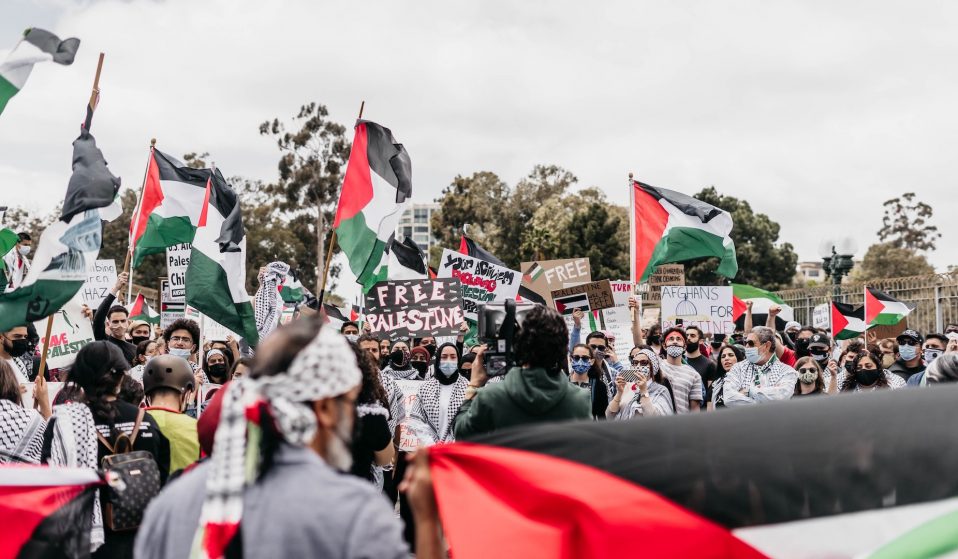 Israel’s restrictions on Palestinians’ access to water is having an increasingly devastating impact as the climate crisis worsens.

Israel’s restrictions on Palestinians’ access to water is having an increasingly devastating impact as the climate crisis worsens.

Like all Palestinian shepherds living in Masafer Yatta in the southern Hebron Hills, Shifa has been experiencing the harshest summer in years. In August, temperatures reached highs of over 38 celsius degrees in the mountains and 47 degrees in the Jordan Valley – eight to 10 degrees above the annual range. Amid a global climate crisis, last winter brought the lowest rainfall for the second year in a row – insufficient to fill the already scarce artesian aquifers and wells that farmers and shepherds rely on to feed their livestock.

“We can go a couple of days without running water,” Shifa says, “but my sheep would not last a day without water in this terrible, dry weather.”

The sheep are the main source of income for Shifa and her family, but there is no other way for her to water them due to Israeli measures restricting access to water resources. Consequently, the summer’s unbearable heatwave has had a devastating impact on Shifa’s livelihood.

Israel has controlled water resources and has restricted or denied Palestinian access to water in the West Bank since 1967 through a series of military orders. This includes Order No. 158, which states that Palestinians may not construct or build water facilities without a permit from the Israeli military, and Order No. 92, which gives Israel control over all water resources in the West Bank and Gaza, the Jordan river and the Mediterranean Sea. While this excludes a section of the coastal aquifer in Gaza, according to the Palestinian Central Bureau of Statistics (PCBS), 97 per cent of the water pumped from that aquifer does not meet the standards of World Health Organization.

BREAKING: Like much of the region, #Palestine has not been spared recent #heatwave. Unlike many places, #Israel under the command of @gantzbe and @yairlapid is at this hour seizing water tanks from #Palestinians in #MasaferYatta, enabling their #starvation and forcible transfer. pic.twitter.com/ET9Lwat7cP

According to an article by Wafa, the National Center for Information, these orders were followed by measures to prevent Palestinians from benefiting from the resources of their land. These include preventing Palestinians from drilling new wells, pumping water from existing wells, denying them access to areas where freshwater sources exist, and limiting their ability to develop freshwater and sewage infrastructure.

As a result, some Palestinians are forced to buy water from the Israeli state-owned company, Mekorot, to fulfill their water needs. However, the amount of water that Mekorot – which illegally drills wells in the West Bank – can sell to Palestinians is determined and limited by Israel. A PCBS report shows that 20 per cent of available water in Palestine was purchased from Mekorot in 2020.

While Palestinians are limited to an average consumption of 85 liters per capita per day – not enough to meet domestic needs – Israeli settlers living in illegal settlements in the West Bank enjoy a consumption of 300 liters per capita per day, more than enough to drink, wash and fill swimming pools. This restriction on water access, along with a global climate crisis that worsens the droughts in Palestine every year, has been exacerbating the Palestinians’ plight during summertime throughout the West Bank.

Because the allotted water is distributed to Palestinian households in some cities only once a week, people often run out of water before the end of the week. Dalal, an academic and resident of Nablus, says that she had to learn to manage and reduce her water consumption to ensure that the water kept running as a result of this summer’s heatwave. “To reduce the amount of water I take in, I try to use as few plates as possible and stack them to wash them all together,” she explains. “I shower very quickly, and I try to sweep floors instead of washing them.”

In some parts of the West Bank, it takes even longer for water to be distributed. In the Duheisha refugee camp in Bethlehem, for example, the water comes every 20 days. People pile up their laundry, postpone showering and cleaning their homes until water day, and often have to buy water in tanks beforehand, which is very expensive. “You know it’s water day because it smells like it, and it smells really nice,”says Ne’ma, a resident of the camp. “You hear the whizzing sound of the water pumps as the water opens up and everybody takes the chance as soon as the water comes to clean their houses and do all the laundry.”

As part of the Oslo Accords, the occupied West Bank was divided into Area A, B and C. The water crisis in the West Bank is worse in Area C because it falls completely under Israeli control. Area C makes up 60 per cent of the West Bank and is home to most of the agricultural land and water resources.

A report from WASH Cluster states that Israel continues to control at least 85 per cent of the water resources in the West Bank today. The report identifies the 178,000 Palestinians living in Area C of the West Bank who have limited access to water, sanitation, and hygiene because they are dependent on Israeli planning and, accordingly, are often denied permits to build or install water networks or wells, as “vulnerable”.

The Jordan Valley, located in Area C, is considered one of the most agricultural areas in the West Bank. However, Israel has denied Palestinians access to and withdrawal of water from the Jordan River since 1967. Amnesty report shows that Israeli water restrictions have destroyed the lives and livelihoods of hundreds of thousands of Palestinians living in the Jordan Valley.

In Masafer Yatta, which includes 25 villages and communities, Palestinians not only suffer from water restrictions imposed by Israeli authorities but also face constant forced displacement and demolition of premises.

In 1999, Israeli army expelled the residents of Masafer Yatta from their homes. “In 2000, Supreme Court of Jerusalem issued an injunction to bring us back,” said Nidal Younis, head of the Masafer Yatta Village Council. “But this area remained neglected and without proper roads and water networks.”

With the help of international NGOs, people renovated and built new wells that met 80 per cent of the needs of people in the area, Nidal says. But despite the injunction, Israeli forces destroyed many of these wells. Many people had to buy water from tanks, which cost 40 NIS (10 GBP) per cup.

According to The Human Rights Council (HRC), in some Palestinian communities in Area C, water can make up 15 per cent of household expenses. Shifa says that her sheep need a tank of water every day, which costs her nearly 300NIS (67 GBP).

In 2018, the Masafer Yatta Village Council decided to build a water network with the help of and funded by international NGOs. “We had to work secretly,” says Nidal, “because we were afraid the Israeli forces would stop us and confiscate the network if they found out.” Eventually, Israeli forces discovered the network and have destroyed parts of it multiple times.

In May 2022, the court overruled the injunction. “This gives the soldiers the total freedom to do whatever they want in the area,” Nidal says. “Since then, life has become harder as they now restrict our freedom of movement, and restrict the work of NGOs in the area.”

For someone like Shifa, her need for tanked water might be obstructed by the closure of the roads at the hands of the Israeli army. “The next three days the roads will be completely closed as the military is having training,” said Shifa. “I don’t know how we will be able to bring water and how we will survive the closure.”

Nidal believes that these restrictions aim at forcibly displacing Palestinians from Masafer Yatta. “We are afraid that the occupation will intensify their water restrictions,” he says. “People can resist all kinds of displacement measures, but they cannot survive without water.”

Linkedin
RELATED ARTICLES
OTHER ARTICLES
A new exhibition is marking the photographer’s 100th birthday with a look back at his extraordinary career.
Layna, Maysa and Amaya are three siblings looking to disrupt narratives around the sport. In doing so, they’re hoping to inspire a new generation of skateboarders.
Photographer Nico Froehlich’s series documents South London’s diverse communities, while also reflecting on their fragility amid rapid gentrification.
We sat down with trans comic Jordan Gray to discuss the power of portraying complex characters, giving humanity the benefit of the doubt and getting naked on live TV.
Hackney Bumps is a DIY sanctuary in the heart of East London, home to a thriving diverse community of skateboarders – and beyond.
Through stills, anecdotes and film criticism, a new book examines the portrayal of women’s destructive emotions, reframing it as a challenge to patriarchal structures.