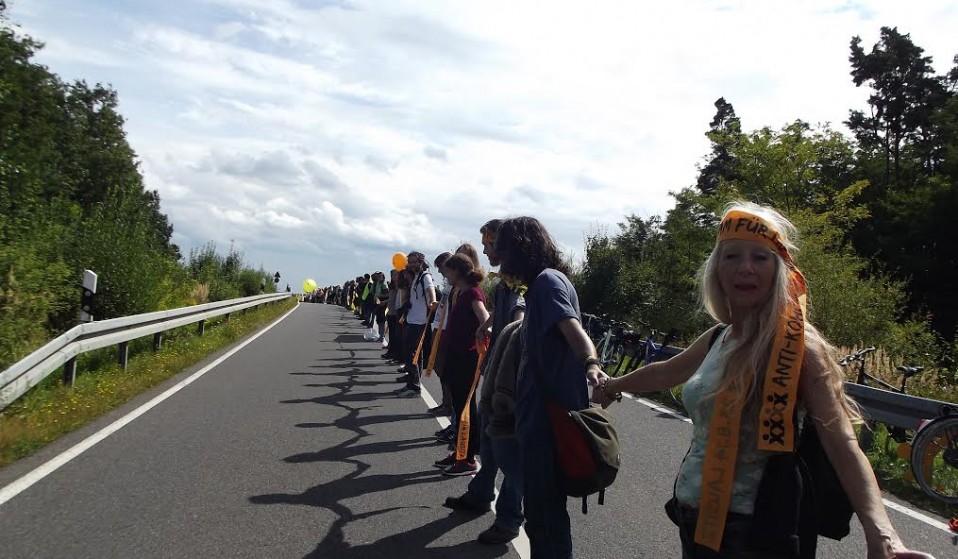 All 193 UN member states meet in Paris, November 30, to try and curb the world's carbon emissions. But a radical change in tactics is needed to stop the devastation of global warming.

All 193 UN member states meet in Paris, November 30, to try and curb the world's carbon emissions. But a radical change in tactics is needed to stop the devastation of global warming.

The world’s attention is on Paris at the moment. Following the horrific attacks that killed and injured hundreds on Friday November 13, the country has found itself at the centre of an international debate on terrorism. But on November 30, as the host of the United Nations Framework Convention on Climate change (COP21), it will also find itself at the centre of one on climate change.

For this planet to survive, to stop the acceleration of global warming, we need to cut carbon emissions. The COP talks were created, 21 years ago, to ensure that this happens by forcing countries to meet targets. But governments have continuously failed to even agree on targets, let alone meet them.

Poor countries want rich countries to cut their carbon emissions faster. But rich countries, unsurprisingly, want emissions to be cut at the same rate the world over. This long-running debate came close to being settled in Japan’s 1997 Kyoto Protocol, which struck a fair balance, but before long the United States, the world’s biggest polluting country at the time, pulled out and negotiations ground to a standstill.

So with governments failing to even agree on targets, how can these targets ever be reached? Well, in order to unite all 193 UN member states behind a new binding climate change agreement, the very premise of the COP talks needs to be turned on its head. Instead of punishing governments, when countries fail to meet emissions targets, we need to punish industry itself.

To help understand why, imagine for a moment that you’re a headteacher. There’s been a spate of vandalism around the whole school. To solve this problem you tell all the pupils that if they’re caught vandalising school property in future, a severe punishment will be meted out. To their teachers.

The teachers get fined, while the pupils who were caught in the act don’t even get detention. In some cases, the money collected from their teachers in fines is dished out and shared amongst the pupils – who then spend it on spray paint and baseball bats.

In Paris in December governments from all over the world will be meeting to discuss how best to punish themselves for the environmental vandalism the fossil fuel companies have been causing. At the same time, Exxon, Gazprom, Shell and the like are running amok, writing, “Mr Vernell loves cock,” all over the Great Barrier Reef.

When scientists discovered tobacco was killing people, governments went after the tobacco companies to stop it. The tobacco companies fought back, and tried to debunk the science. But the state stood firm. Laws restricting smoking and its promotion were introduced. The number of smokers has been slashed to a fraction of what it was when tobacco’s hazardous impact was first realised. And we are all healthier as a result.

When scientists discovered a deadly hole in the ozone layer, caused by specific chemicals found in everyday household products, those products were banned. The companies that made them were forced by law to rethink their bad practices. The ozone layer has been repairing itself ever since. And the health risks have reduced as a result.

So when scientists discovered that carbon emissions were heating the world at a rate that would be deadly not just for humans but for most life on this planet, you’d think perhaps that the companies responsible for producing those emissions would be told to stop what they were doing, or at least encouraged to move away from carbon and on to something a little bit less deathly. But no, this has not happened.

The profits of the fossil fuel industry – the profits of death – have continued to soar. These companies – companies selling death – remain some of the biggest and most profitable in the world. All the while, governments meet once a year to discuss potential new ways to maybe hopefully find a way to persuade people to recycle more and drive a tiny bit less and, fingers crossed, slash emissions by two percent in two decades.

The lunacy of placing the burden of emissions reductions on the state instead of on the industry responsible for those emissions is made worse when you realise how infinitesimal the chances are of 193 different governments all successfully meeting their own carbon targets.

Just think about this for a moment. How often do governments miss targets? On the economy? On hospital waiting times? On jobs? On house building? Even on issues that the leader of the day really cares about, targets must be constantly revised for any claims of progress in meeting them to be made.

So what are the chances, if a new global agreement on curbing carbon emissions is agreed in Paris, of all 193 UN member states, working in isolation, fighting their own domestic battles, sticking to what they’ve been asked to do? Without being given any help in doing it?

Fossil fuel companies don’t respect borders. They tend to go wherever they need to go to chase the oil, gas, coal, shale or tar that will make them money. National carbon targets are meaningless because the companies that extract carbon are global. It’s like trying to fight a world war by ignoring the enemy and asking your unarmed allies if they could please try a bit harder to not get conquered so easily.

What is needed in Paris is for the representatives from 193 countries to agree on a global mechanism that restricts fossil fuel extraction by penalising the companies that extract it. State subsidies to these companies must be outlawed. Environmental destruction of any kind must be outlawed. Then, and only then, will the profitability of fossil fuels decline, and a financial incentive provided for the huge investment in renewable energy that is so desperately and urgently needed.

Climate change won’t be tackled without such a mechanism. But since this is not even a topic for discussion in Paris, the best deal that could come from COP21 is no deal at all. At least then no paper would be wasted on another meaningless protocol.

Linkedin
RELATED ARTICLES
OTHER ARTICLES
Hundreds gather at City Hall to pressure Boris Johnson and the Greater London Authority to break financial ties with polluting fossil fuel companies.
Huck hit the streets of London with protestors calling on world leaders to protect the environment.
Tipi Valley has thrived as a community for over three decades with no rules and no councils, blazing a path for alternative living – hardcore style.