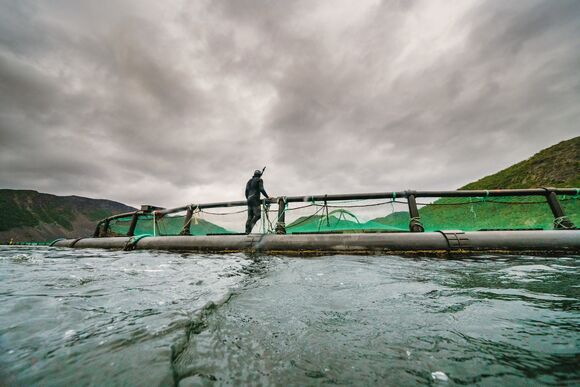 Open-net fish farms pose a devastating threat to marine ecosystems. A new campaign from Patagonia is calling on governments to take a stand before it’s too late.

Open-net fish farms pose a devastating threat to marine ecosystems. A new campaign from Patagonia is calling on governments to take a stand before it’s too late.

At a fish hatchery on the northern coast of Norway, Swedish journalist Mikael Frödin is examining a net holding up to 30,000 artificially fed and harvested salmon. “Look at this!” he shouts, horrified at the content: fish that are discoloured, bent out of proportion and riddled with flesh-eating sea lice. “Would mums want to feed this to their kids?”

This is one of the standout moments in Artifishal, a new documentary from Patagonia Films exposing the disturbing implications of open-net fish farming. The practice – which sees unnaturally large numbers of salmon artificially grown in net cages before being transferred to overcrowded marine pens, where they’re often treated with pesticides and chemicals – is contributing to a devastating environmental crisis. The sheer volume of fish within each pen makes them perfect breeding grounds for parasites and disease. If they escape, farmed salmon spread their ailments into the wider environment – permanently altering both the habitats and biology of fish in the wild.

For instance, in Norway, natural stocks of salmon have been devastatingly eroded in recent decades, leading to a widespread collapse in wild fish numbers. It is a scenario that has been replicated in both the United States and in Scotland – Europe’s second biggest producer of farmed salmon – where the wild salmon population has fallen by an estimated 75 per cent in the last 25 years.

It’s no exaggeration to say that the salmon farming industry is one of the largest threats to the natural world today. The already catastrophic decline in wild salmon likely to only worsen amid industry plans to expand its presence into the Irish coast and the fjords of Iceland. 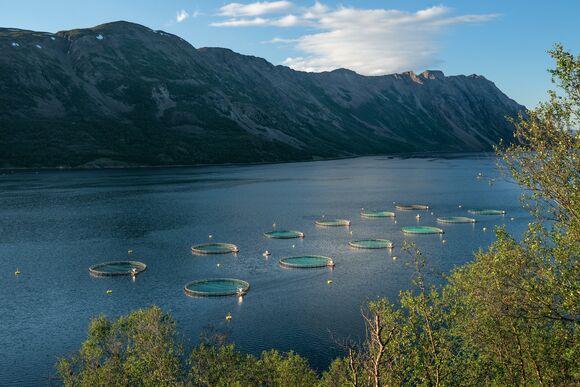 But Patagonia – in collaboration with nonprofits like Salmon and Trout Conservation Scotland and Norway’s Wild Salmon Alliance – is seeking to undo some of the damage. The film is part of a larger campaign calling on governments to halt the introduction of more open-net fish farms and commit to eliminating those currently in existence – before it’s too late.

“There is something fundamentally important about the existence of wilderness and wild things,” says activist and fly fisher Corin Smith, speaking at the film’s premiere in East London.

“Without them, we’re left incredibly lonely as a species. It’s the deeper issue that binds everyone together. When you think of something like recreational fishing, there’s a thrill in the catch but it’s not essential to it. There’s also a pleasure in just sitting in peace and knowing that there’s something out there that is wild and healthy, free from our influence and as it should be.” 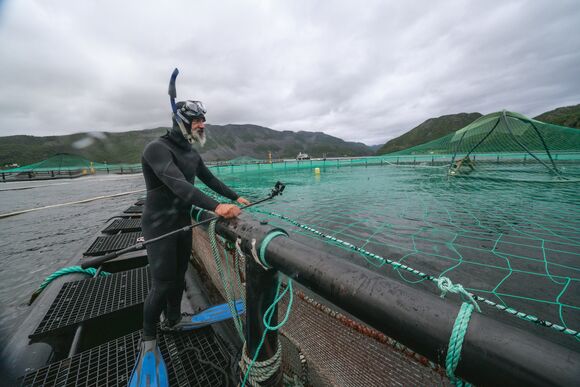 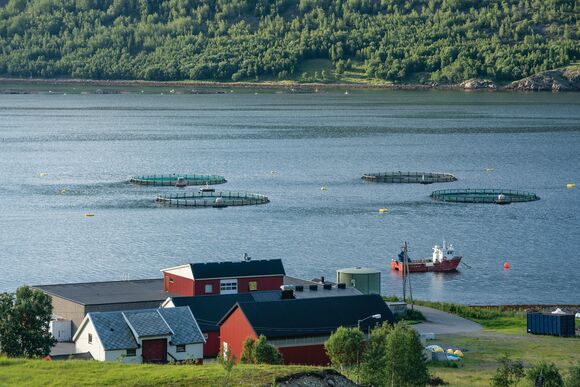 Artifishal is showing at venues across Europe. To find your closest screening, visit the Patagonia website.

A version of this article appears in Huck: The Hedonism Issue. To see it in all its printed glory, order a copy in the Huck shop or subscribe to make sure you never miss another issue.

Linkedin
RELATED ARTICLES
OTHER ARTICLES
New legislation is set to make it more difficult to hold Israel accountable for its human rights abuses.
Our new magazine is here, starring the inimitable Mitski. Order your copy now and join us on a trip around the world.
The government is scrapping the Human Rights Act in a move that will hit marginalised people hardest.
In the latest OFFF Dispatch, the enigmatic designer dives into his process, connecting the dots between his unique and varied creative output.
Photographer Robin Graubard’s debut book offers an unflinching record of turbulence and change across the Balkans.
The author discusses her blistering new novel about history, revolution and queer love.