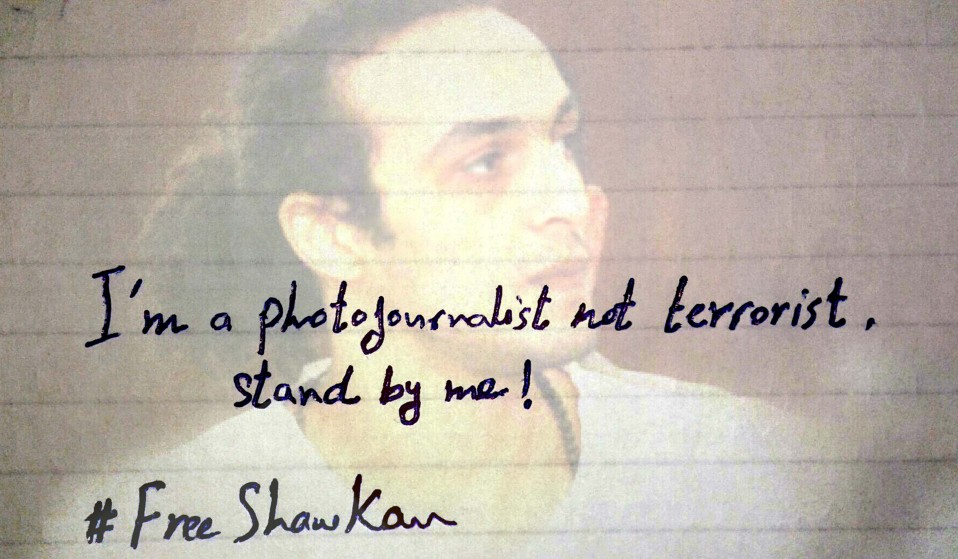 Photographers are sharing pictures of themselves on social media in support of Mahmoud Abou Zeid, jailed for covering a protest against Egypt’s military government.

Photographers are sharing pictures of themselves on social media in support of Mahmoud Abou Zeid, jailed for covering a protest against Egypt’s military government.

On the morning of August 14, 2013 photojournalist Mahmoud Abu Zeid arrived at the sprawling tent city outside Cairo’s Rabaa Al-Adawiya mosque. Muslim Brotherhood supporters had gathered to protest against the overthrow of Egypt’s first democratically elected president, Mohammed Morsi, by the Egyptian military.

As one of Egypt’s top news photographers, Abu Zeid (widely known as Shawkan), had covered numerous protests against the government since 2011’s Arab Spring awoke simmering discontent – but today was to prove just the beginning of an ongoing nightmare.

The authorities moved in to break up the camp with tear gas and live rounds. Shawkan identified himself to the police as a journalist and was immediately arrested – with his camera in his hands – before being thrown into a police van. By the end of the day, over eight hundred civilians had been killed. 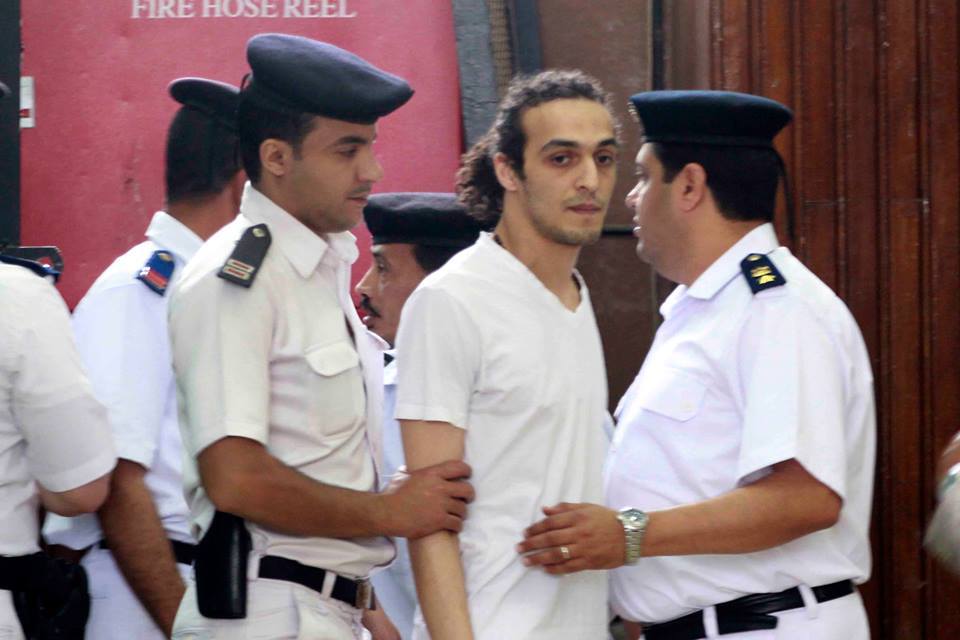 Today, Shawkan remains in Tora prison awaiting trial and in dire need of medical attention. He is the only journalist in a mass trial of over seven hundred co-defendants – all of whom have been imprisoned for months longer than the constitution allows. The extensive list of charges includes “terrorising citizens”, “attempted murder of police officers” and “damaging national unity”.

Shawkan’s ordeal is indicative of Egyptian government’s attempt to portray journalists as agents of instability and a threat to national security. 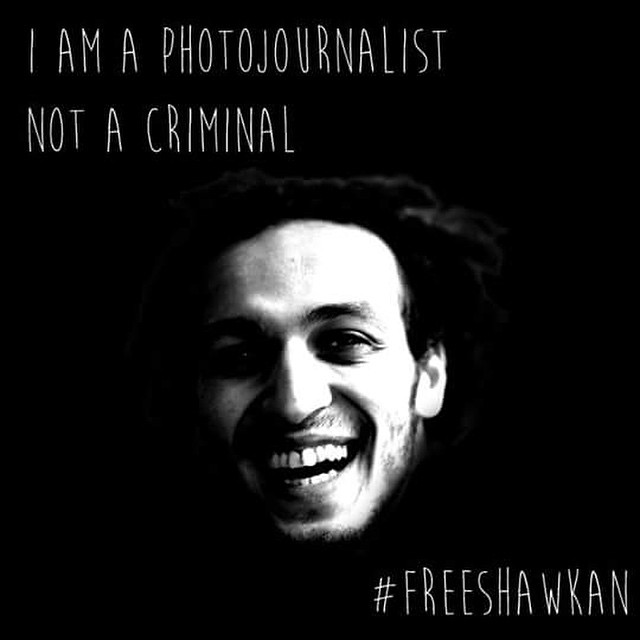 As Shawkan’s postponed court date approaches on February 8, photojournalists from the UK and elsewhere are coming together on social media to highlight the injustice of his case and pressure for his release. They’re showing support for their colleague, who has contributed to publications such as Time Magazine, Die Zeit, BILD, Media Group, and online photo agency, Demotix.

International pressure succeeded in freeing the “Al Jazeera three” of Mohamed Fahmy, Baher Mohamed and Peter Greste in 2015, but many Egyptian freelancers and journalists remain in jail in horrible conditions with litle-to-no hope for a fair trial. The assault on press freedom bites hardest against local reporters – like Shawkan – who often struggle to attract international support for their plight.

As Shawkan was arrested with his camera in his hands, other photographers are sharing portraits of themselves with their cameras, alongside the hashtag #FreeShawkan. 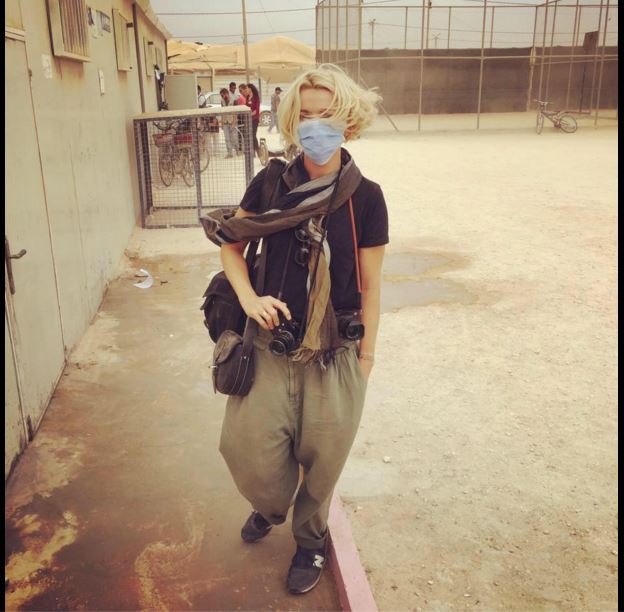 As well as pressuring for his release, they’re seeking to highlight the shocking treatment he’s received. After nearly three years in prison without medical attention, he has contracted Hepatitis C and become anaemic due to malnourishment, confinement and hunger strikes. Ahmed Abu Seif, who is co-ordinating the wider campaign for Shawkan’s release, says his psychological and physical health are of “great concern”. 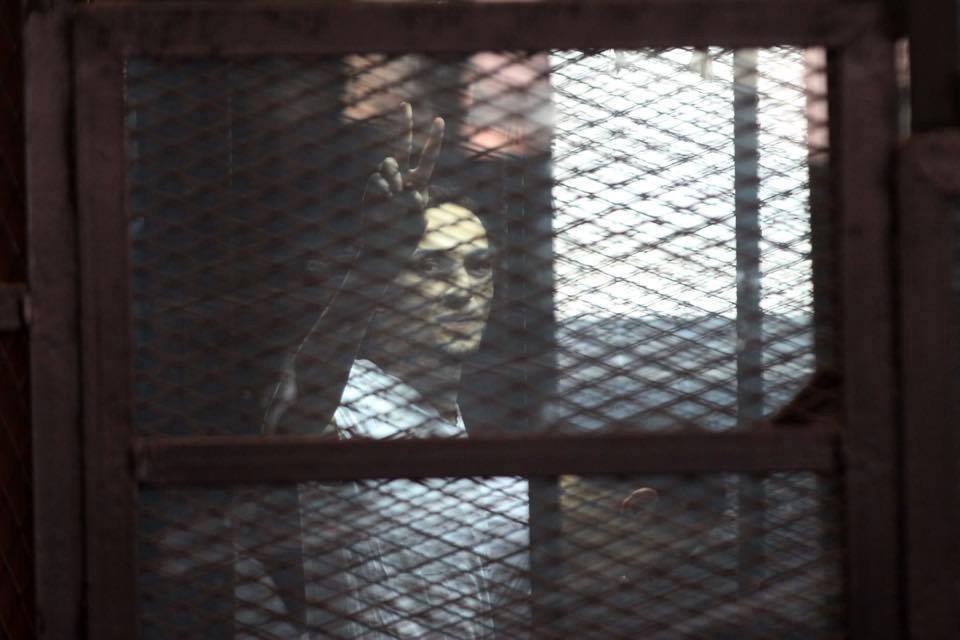 So far a number of photographers have shown their support, including Eddie Mulholland and John Robertson (both former press photographers of the year); Sarah Lee (The Guardian), Muir Vidler (Vice, Time) and others. 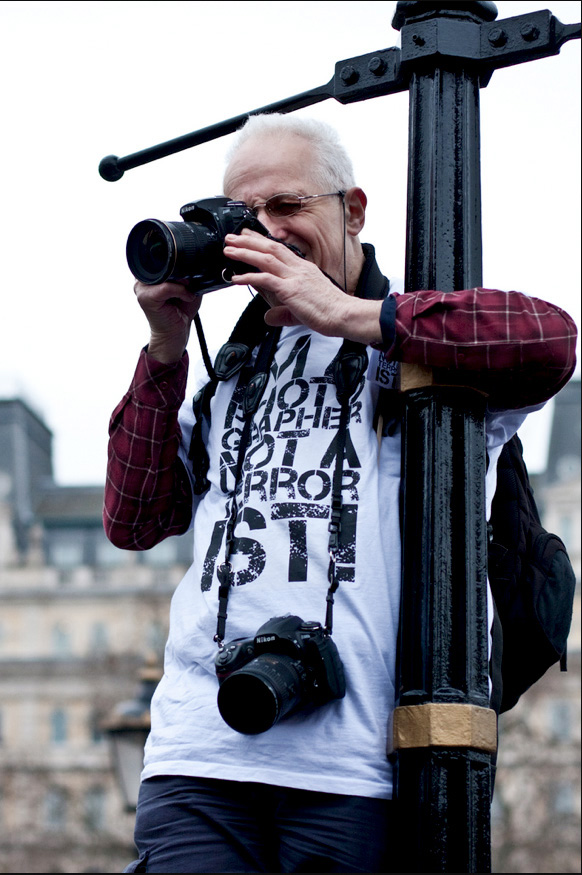 Despite Egypt’s lack of protection for journalists or a free press, supporters of Shawkan hope to raise the profile of his case internationally to ensure he is acknowledged as a professional who was doing his job – rather than a terrorist, as the government would seek to present him.

Find out how to support the Freedom for Shawkan Campaign.

Linkedin
RELATED ARTICLES
OTHER ARTICLES
Photographer David Hoffman recalls documenting the extreme wealth inequality around Tower Hamlets and Hackney int the 1980s.
With inflation now at a 40-year-high of 9 per cent, demonstrations organised by TUC took place to demand action from the government.
Finland-born photographer Sirkka-Liisa Konttinen looks back on her decades-long documentation of life in Northern England.
A new edition of a seminal book brings together iconic images of the band onstage in their full glory and backstage in moments of unguarded camaraderie.
Thomas Hoepker‘s images taken during a road trip across America provide a searing social commentary about a divided country.
50 years since its inception, and the campaign calling for recognition that capitalism depends on domestic labour is as pertinent as ever.