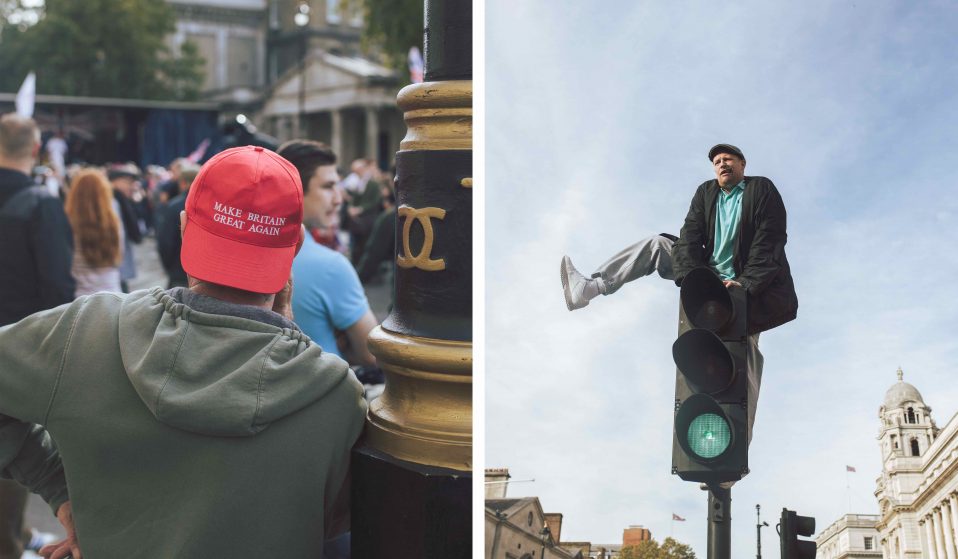 Just put them all in the bin already.

Just put them all in the bin already.

On Saturday afternoon, supporters of the Democratic Football Lads’ Alliance (DFLA) swarmed the streets of London for a far-right demonstration.

The march, which began in Park Lane, saw hundreds of mostly middle-aged, white football fans rally across the capital. According to Facebook, they were gathering to protest against the “returning jihadists,” “rape gangs and groomers” and “thousands of AWOL migrants” they believe are living in the UK.

While the demonstration was supposed to reach Whitehall, things quickly took a violent turn halfway through, leading the police to forcibly blockade the protestors on Pall Mall. Scuffles then began to break out between the police and the angry racist lads, with one reportedly threatening to murder an officer. 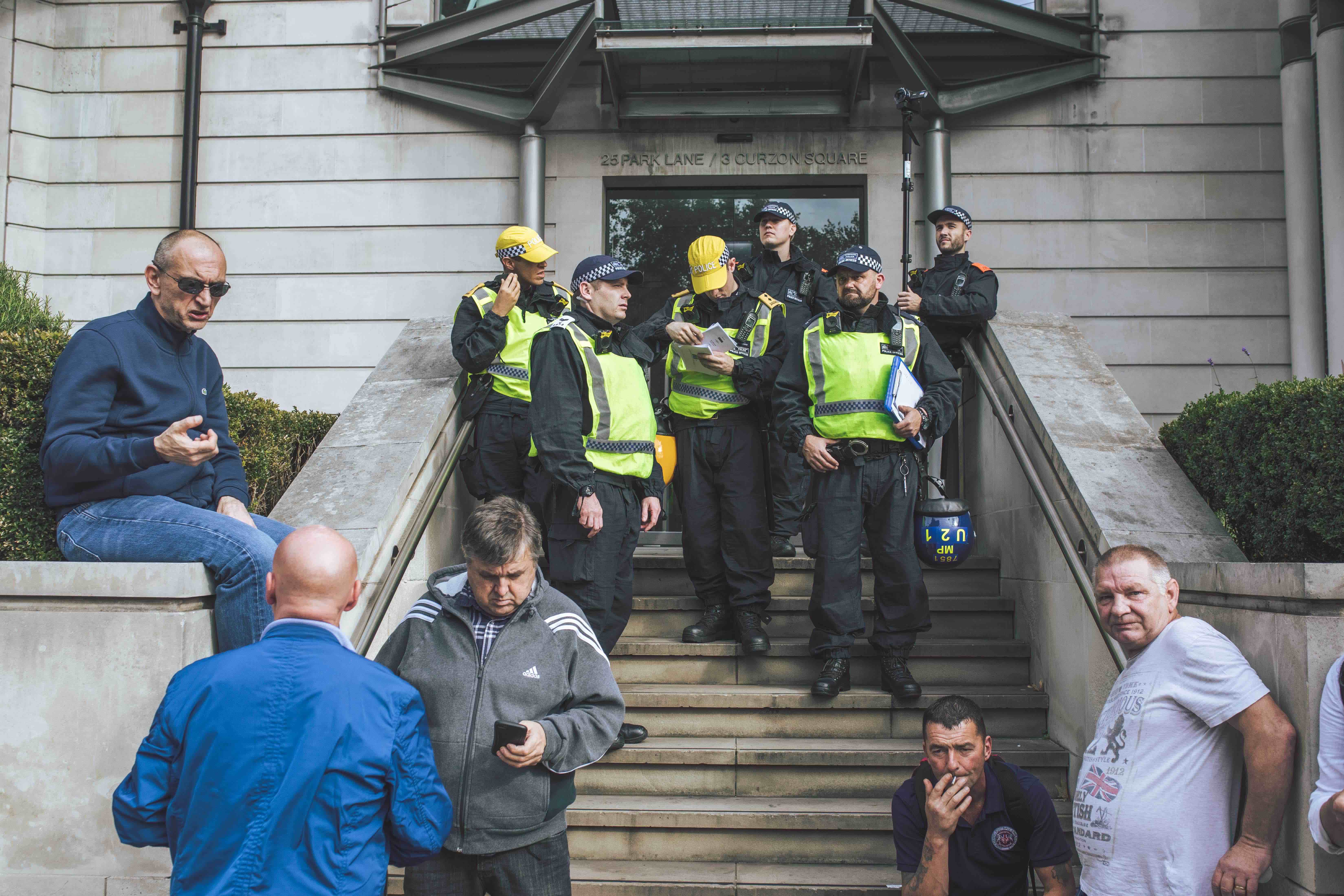 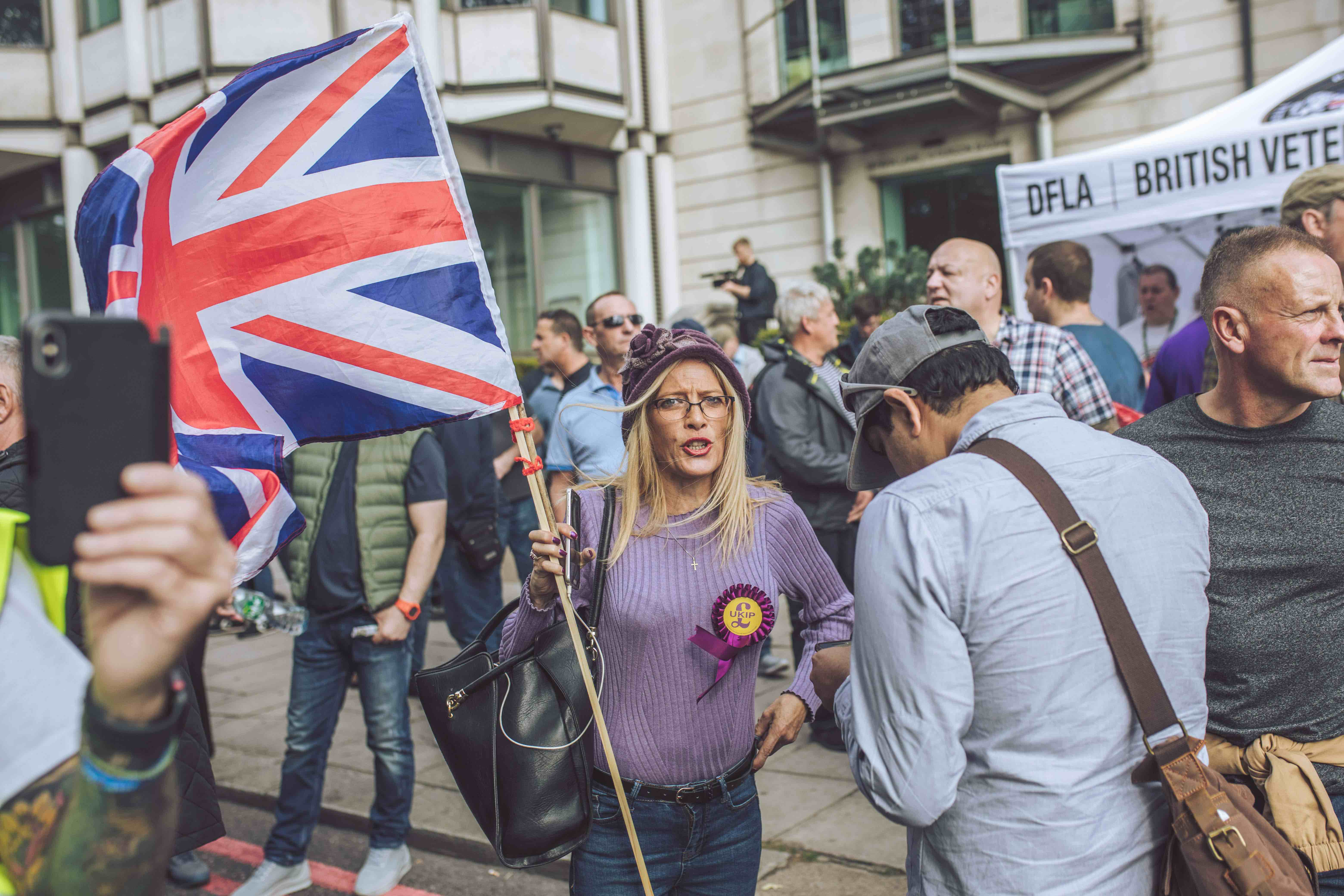 Thankfully, the march was also blocked by scores of counter-protestors – approximately 2,000 to the DFLA’s 1,500 – who were out in force to take a stand against the far right. This included groups from Stand Up To Racism, Unite Against Fascism and Momentum, as well as Antifa and Women’s Strike.

In a joint statement, Jeremy Corbyn and Shadow Home Secretary Diane Abbott praised the efforts of these counter groups: “Congratulations on today’s demonstration standing up against racism and far-right extremism,” they said.

“We’re in solidarity with all those around the world standing up to oppose racism and to support the diversity of our communities. We’re proud to walk in the traditions of anti-racism campaigners and activists. Your fight is our fight.”

Huck photographer Theo McInnes was there to document the madness as it all unfolded. 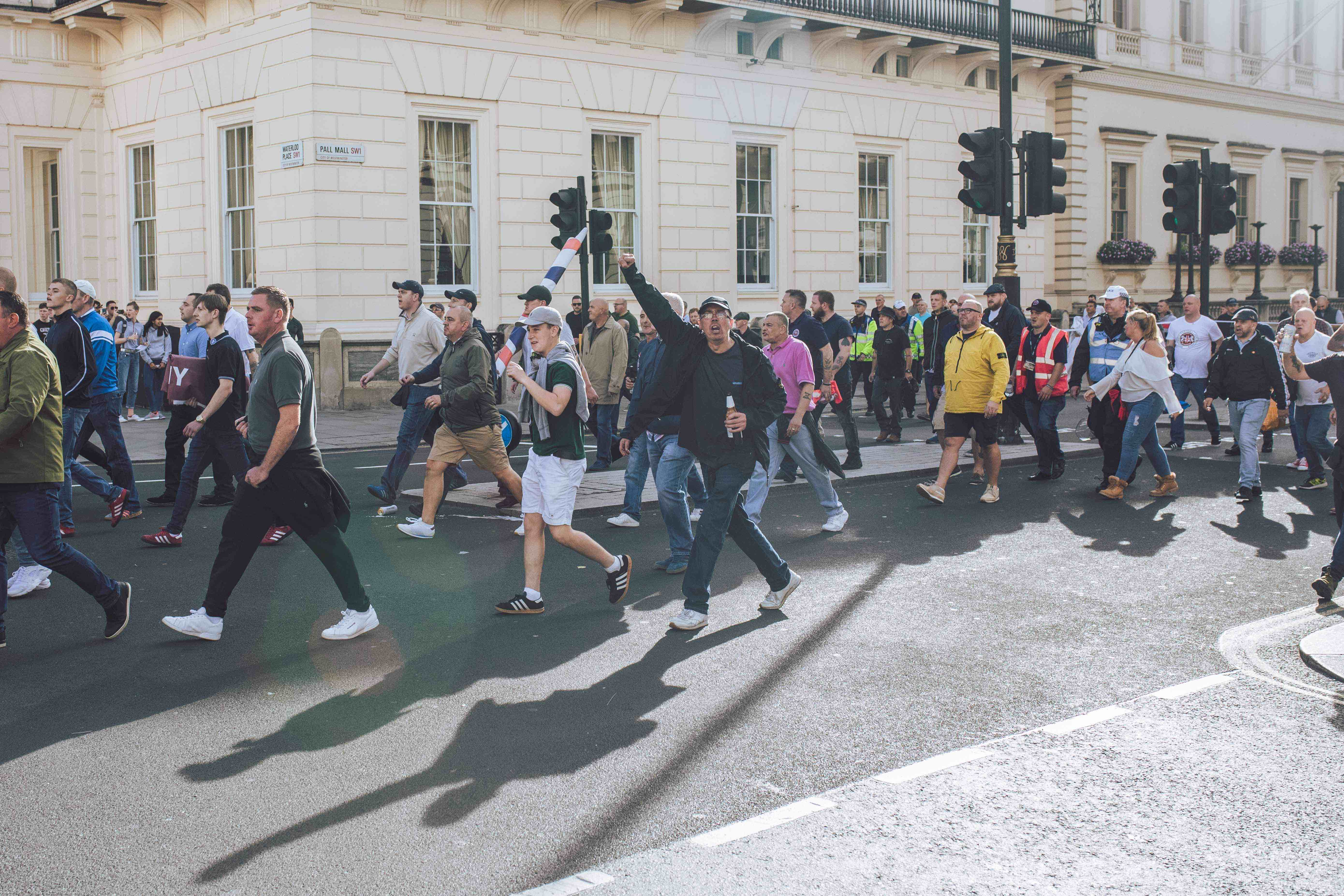 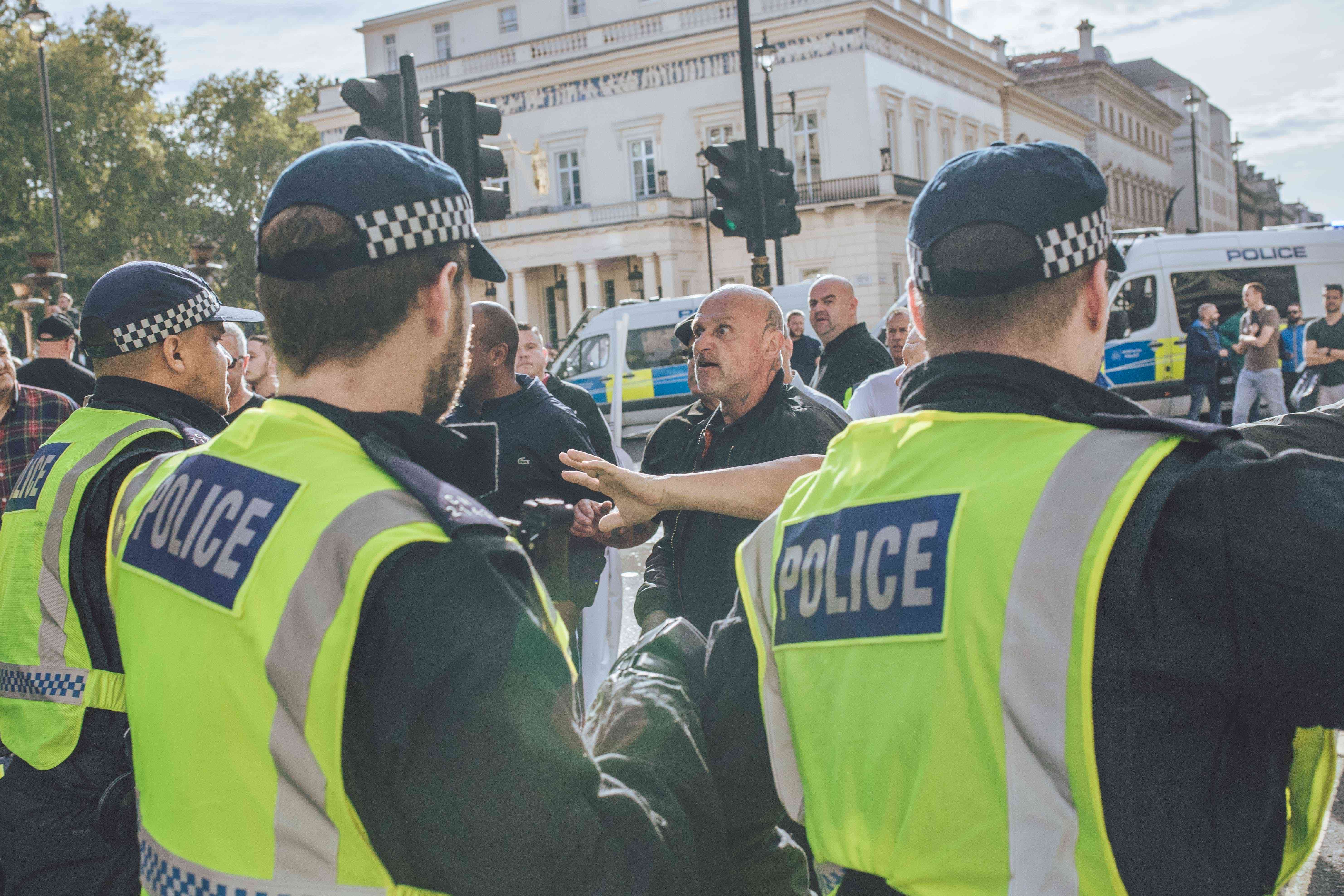 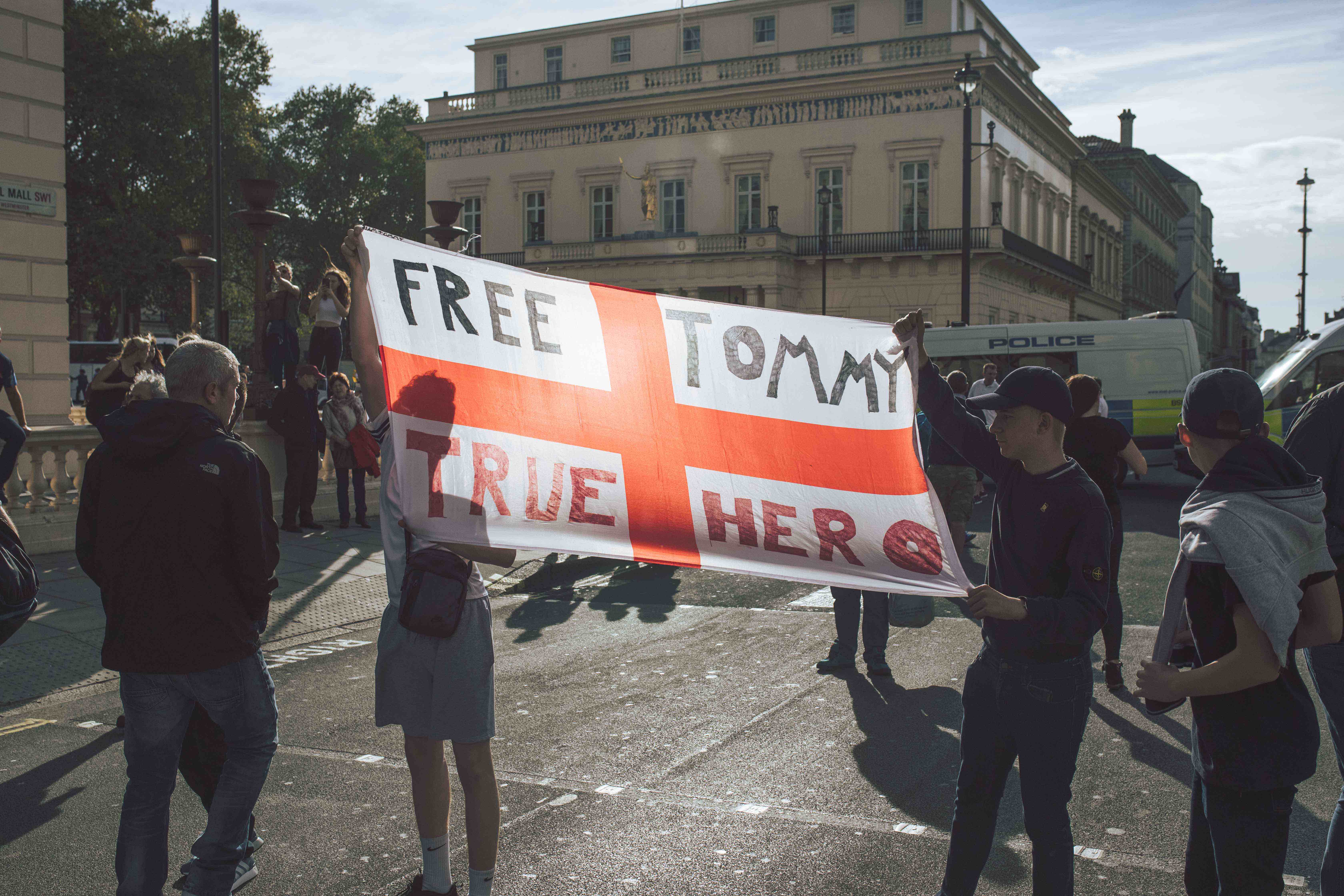 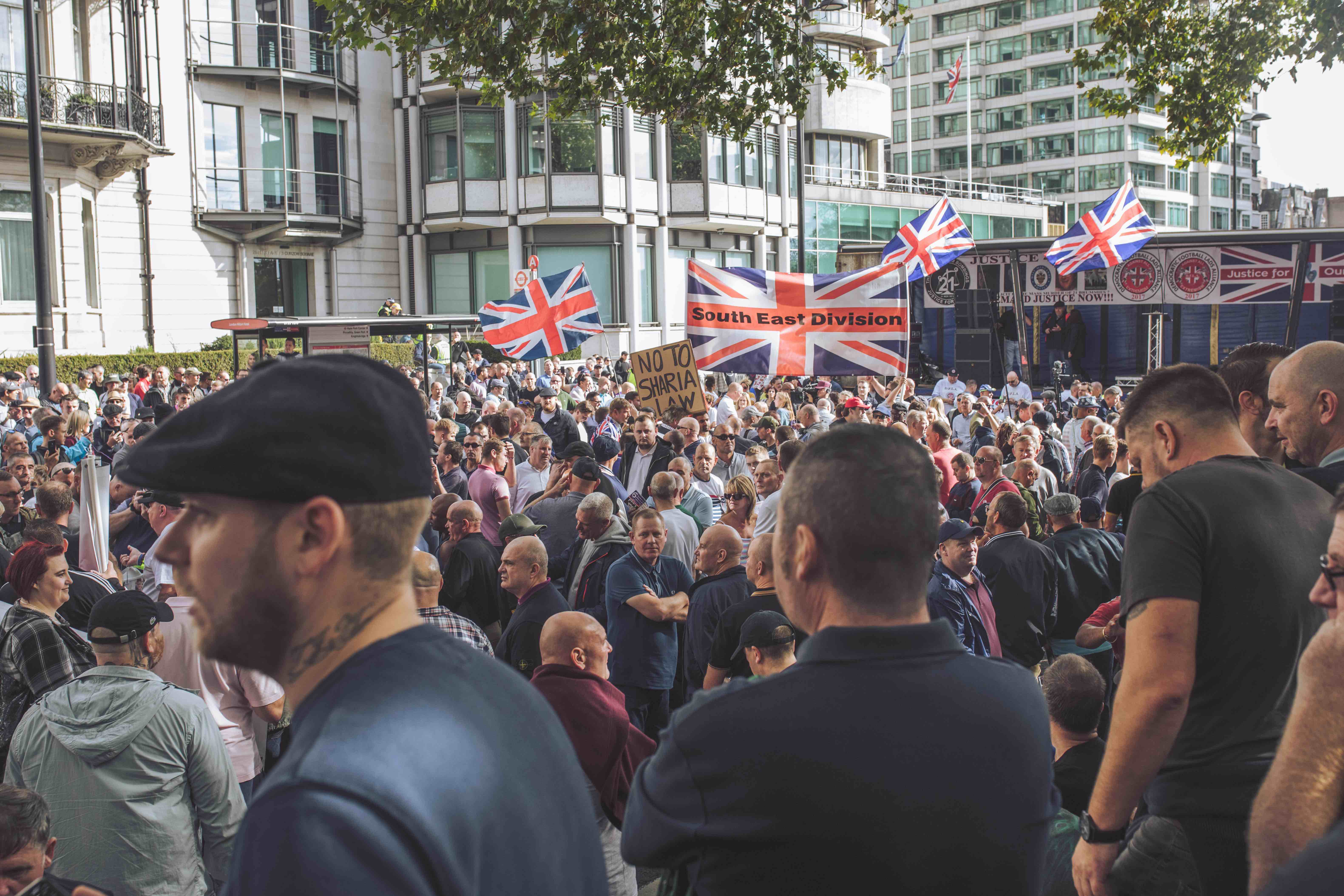 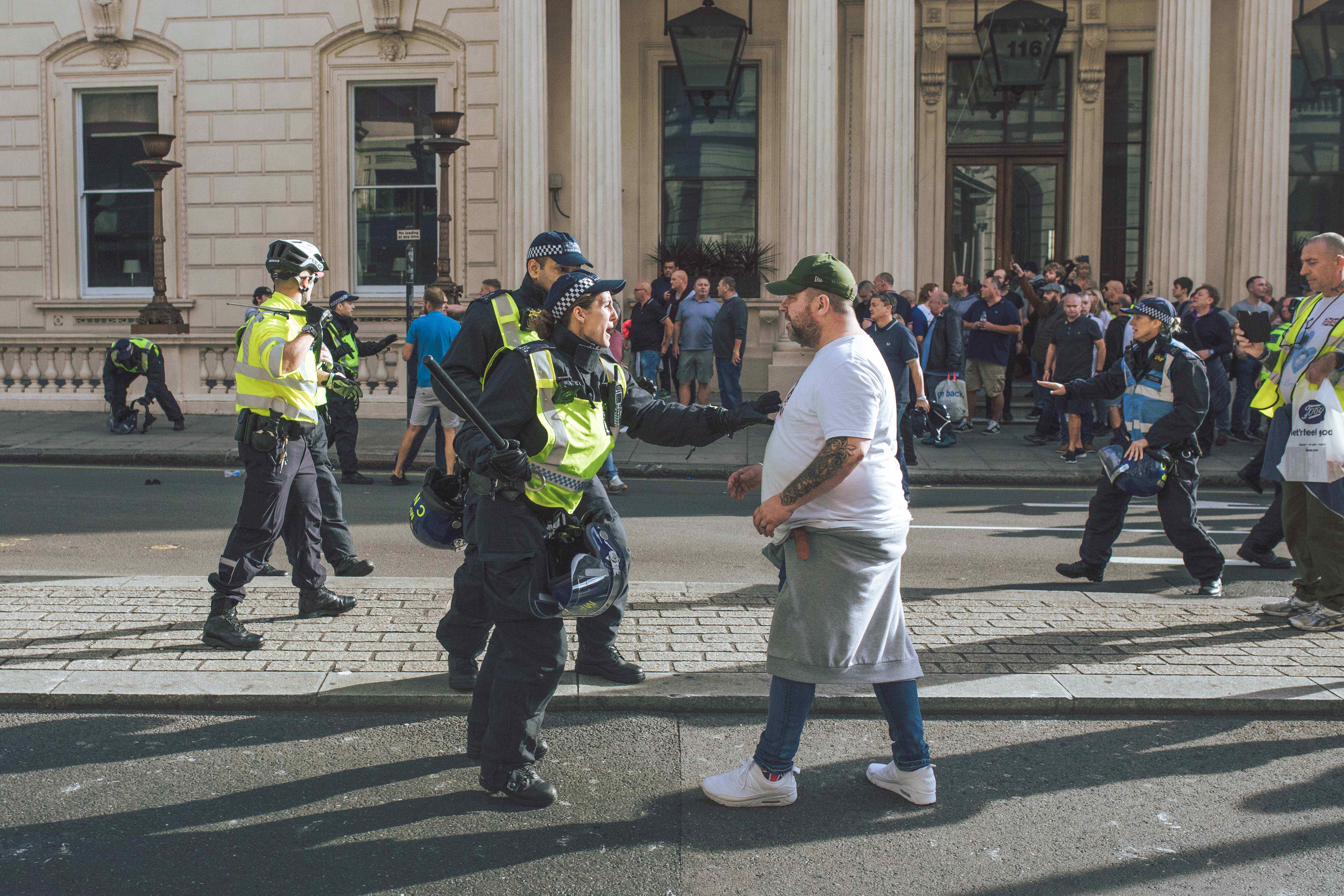 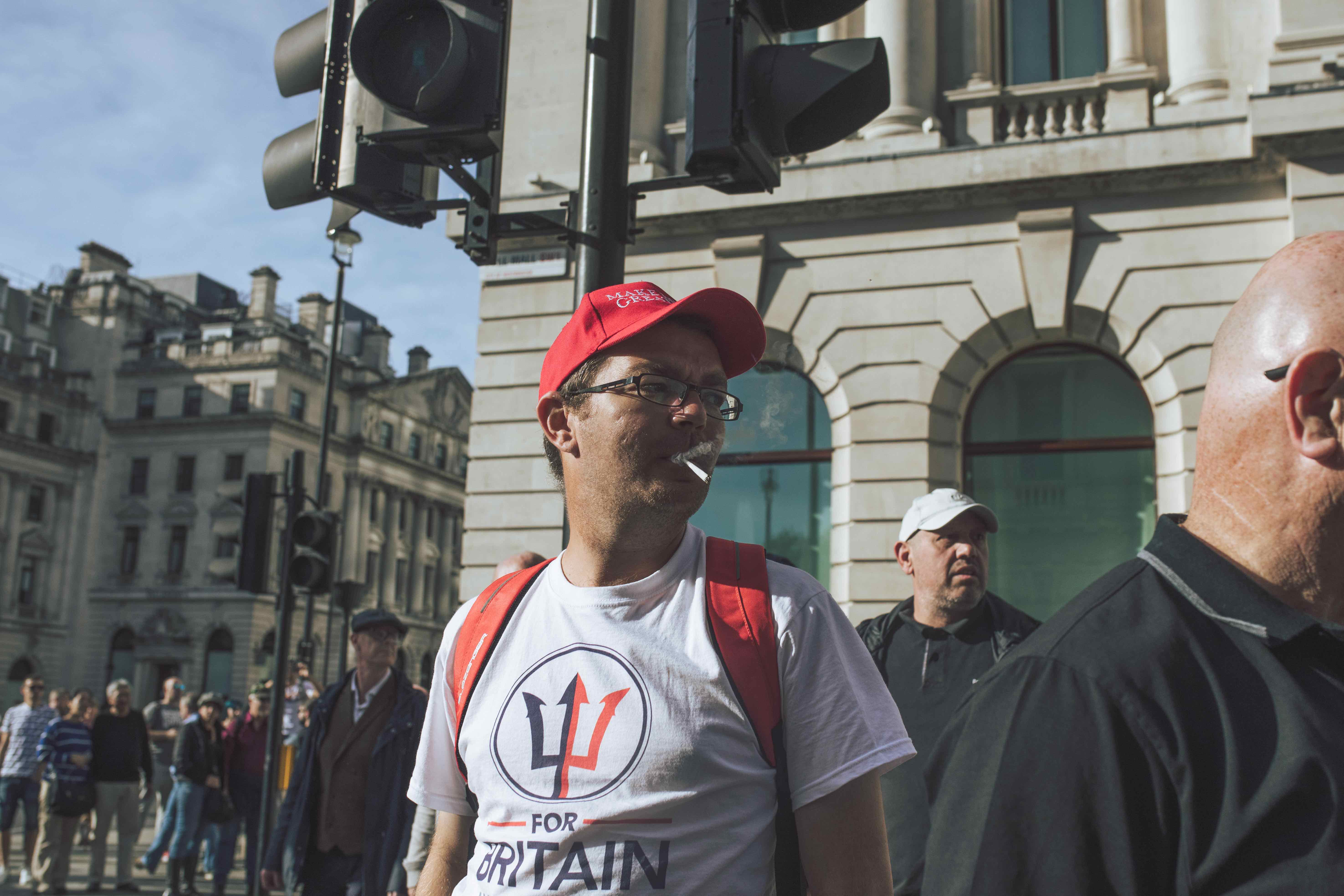 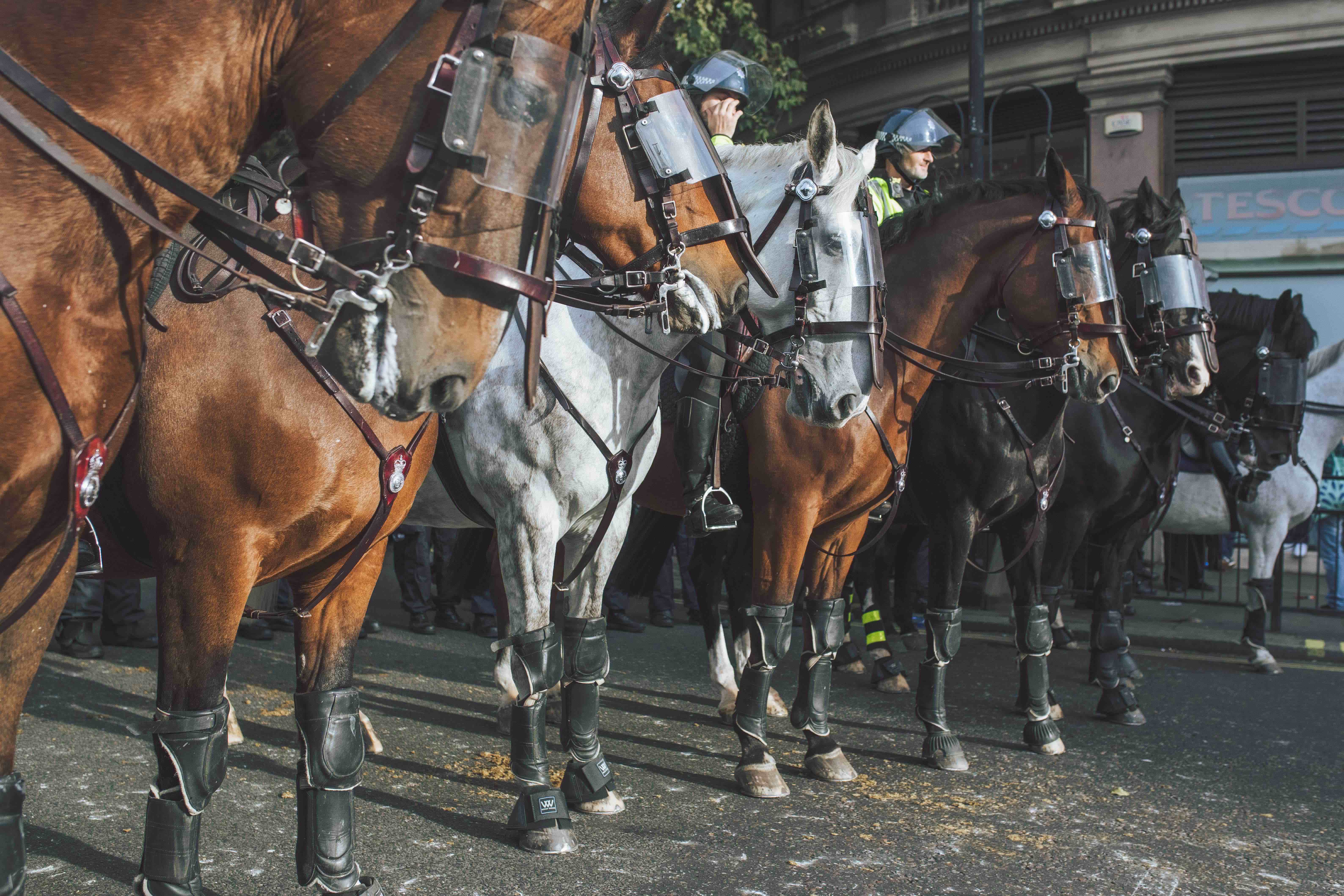 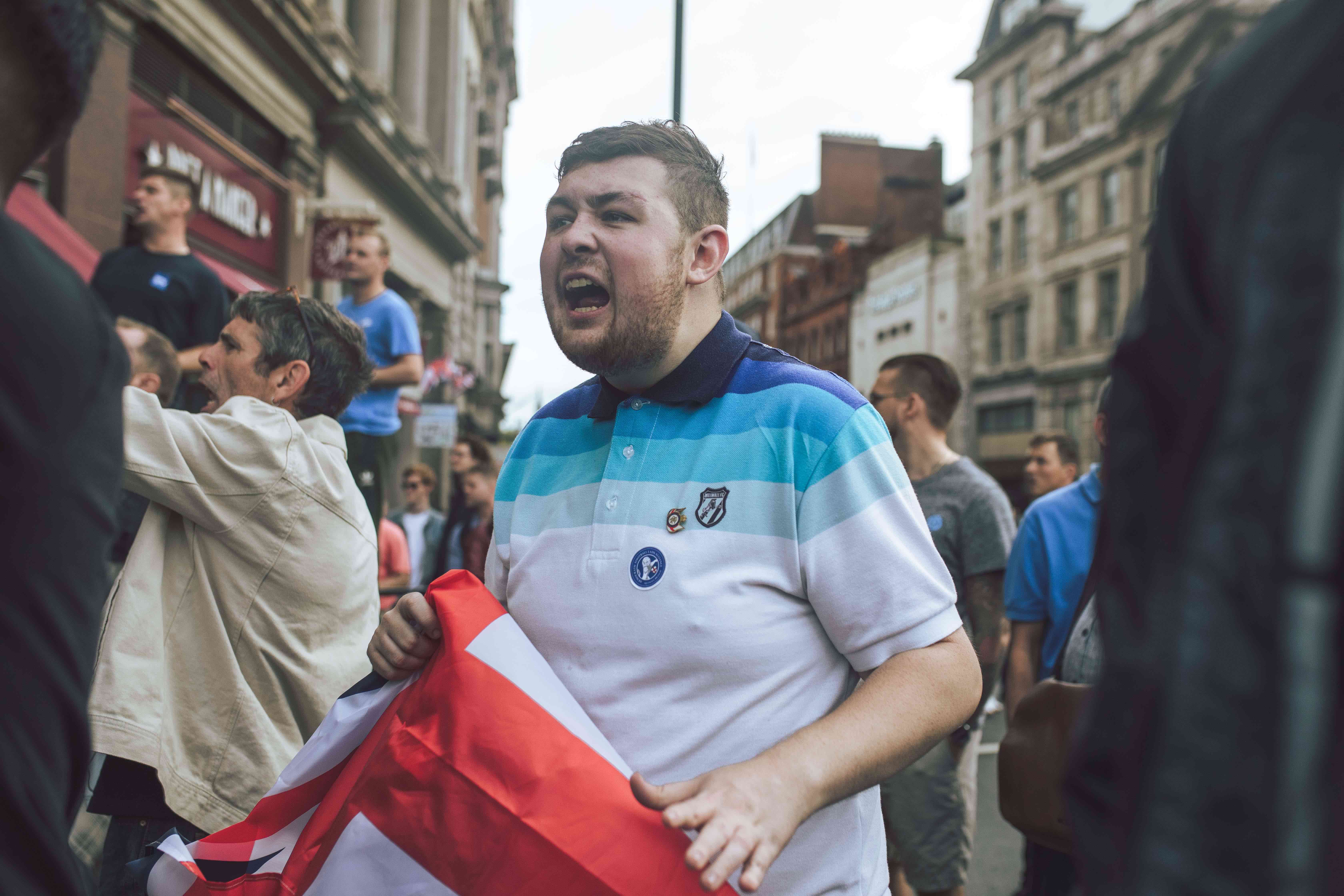 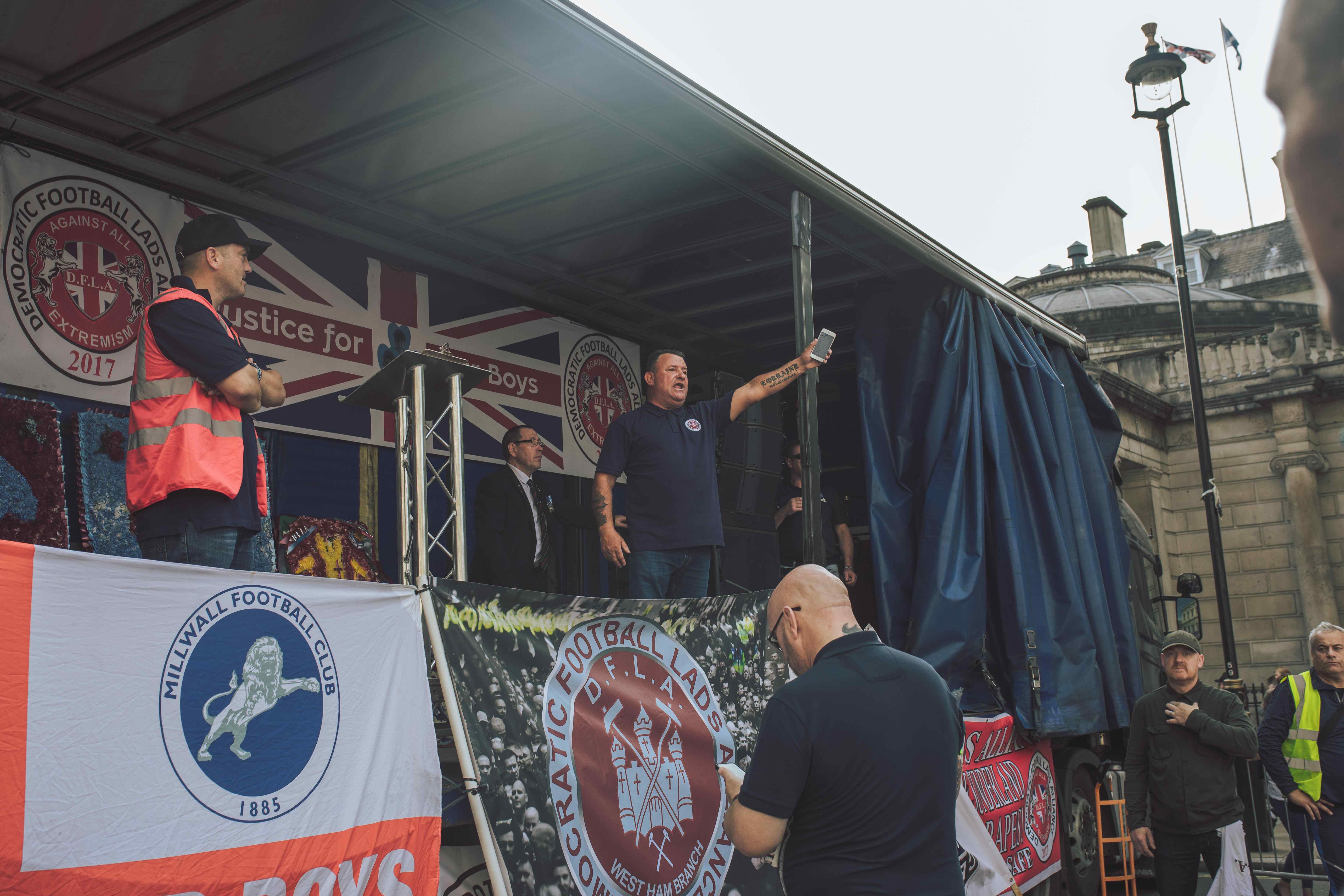 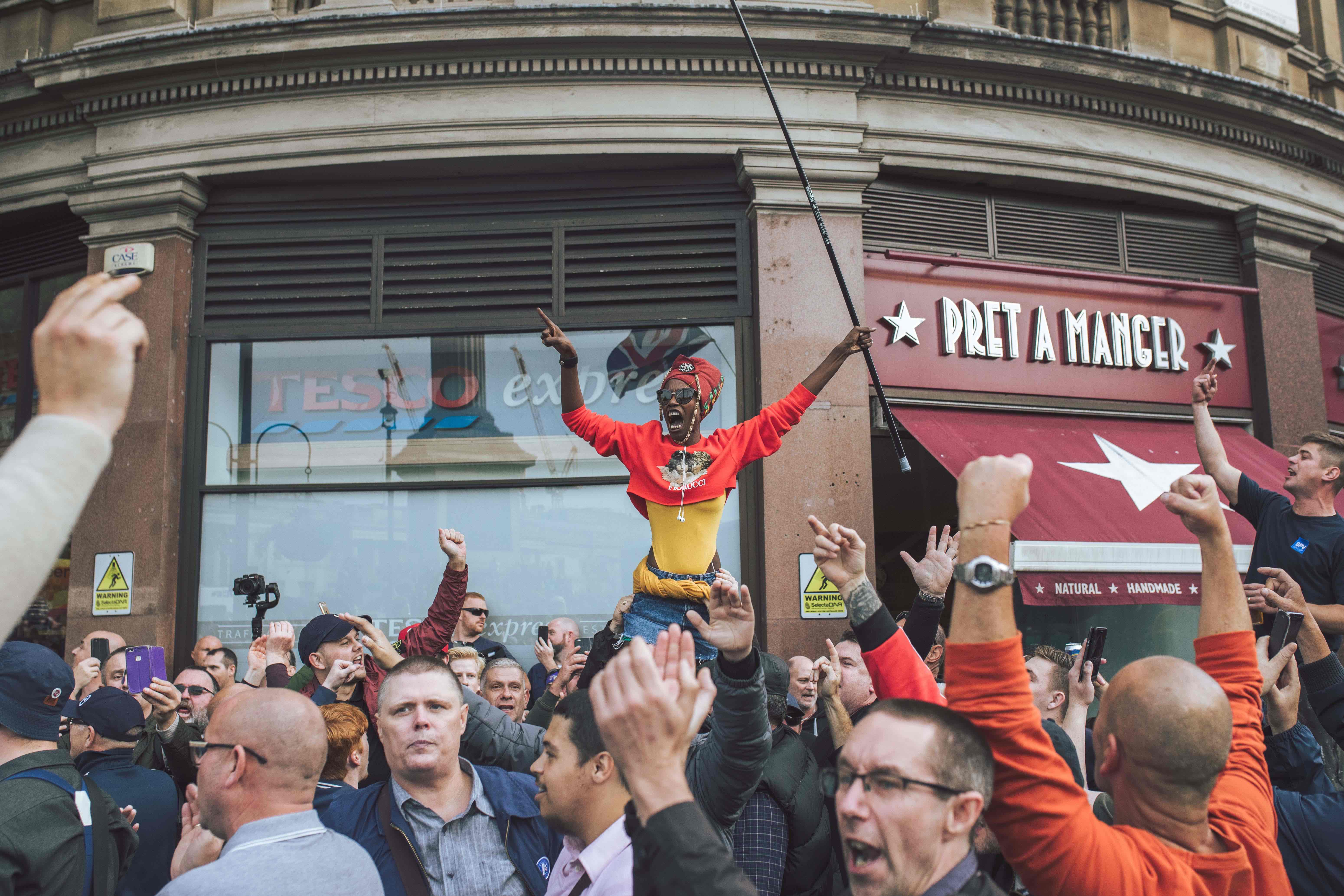 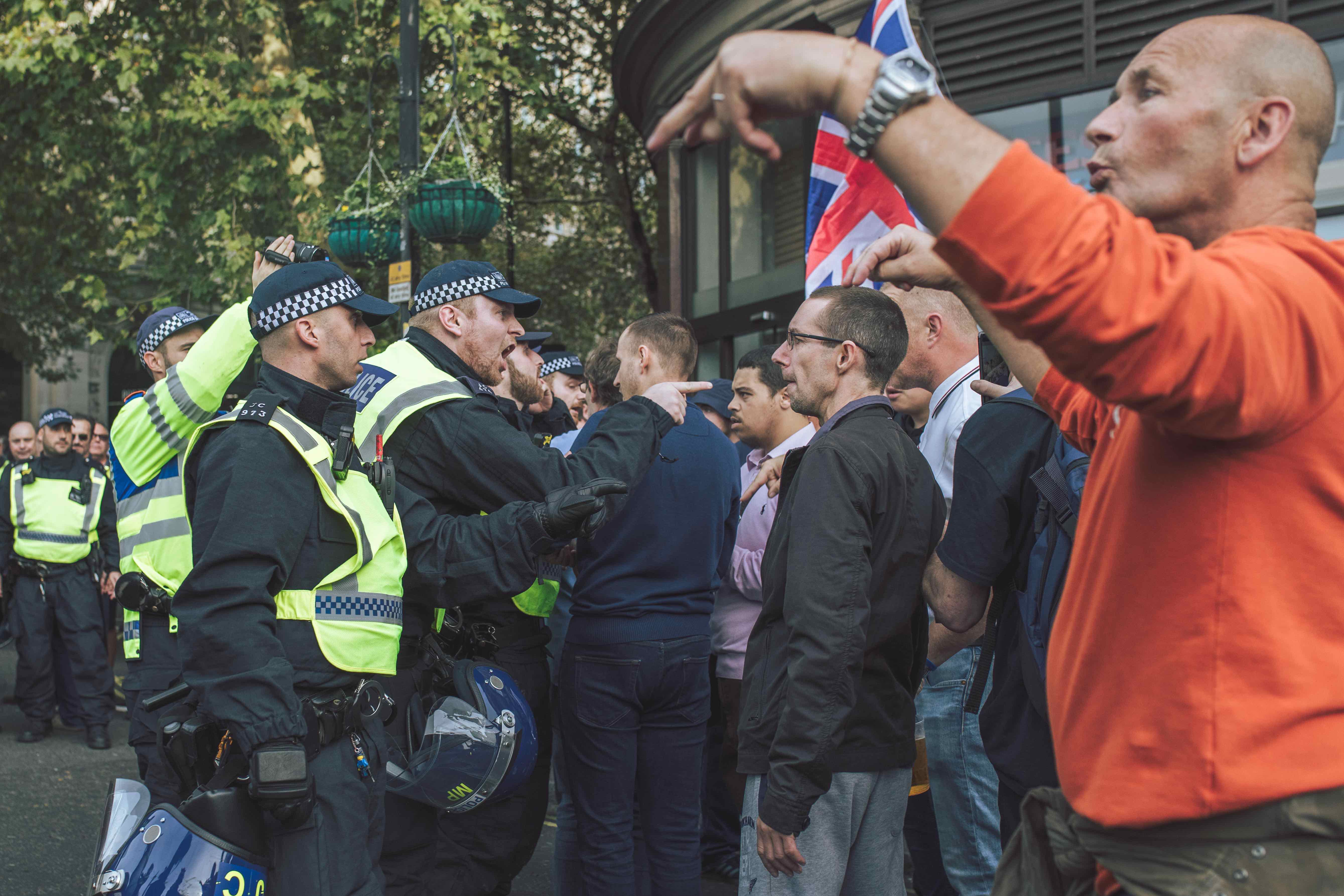 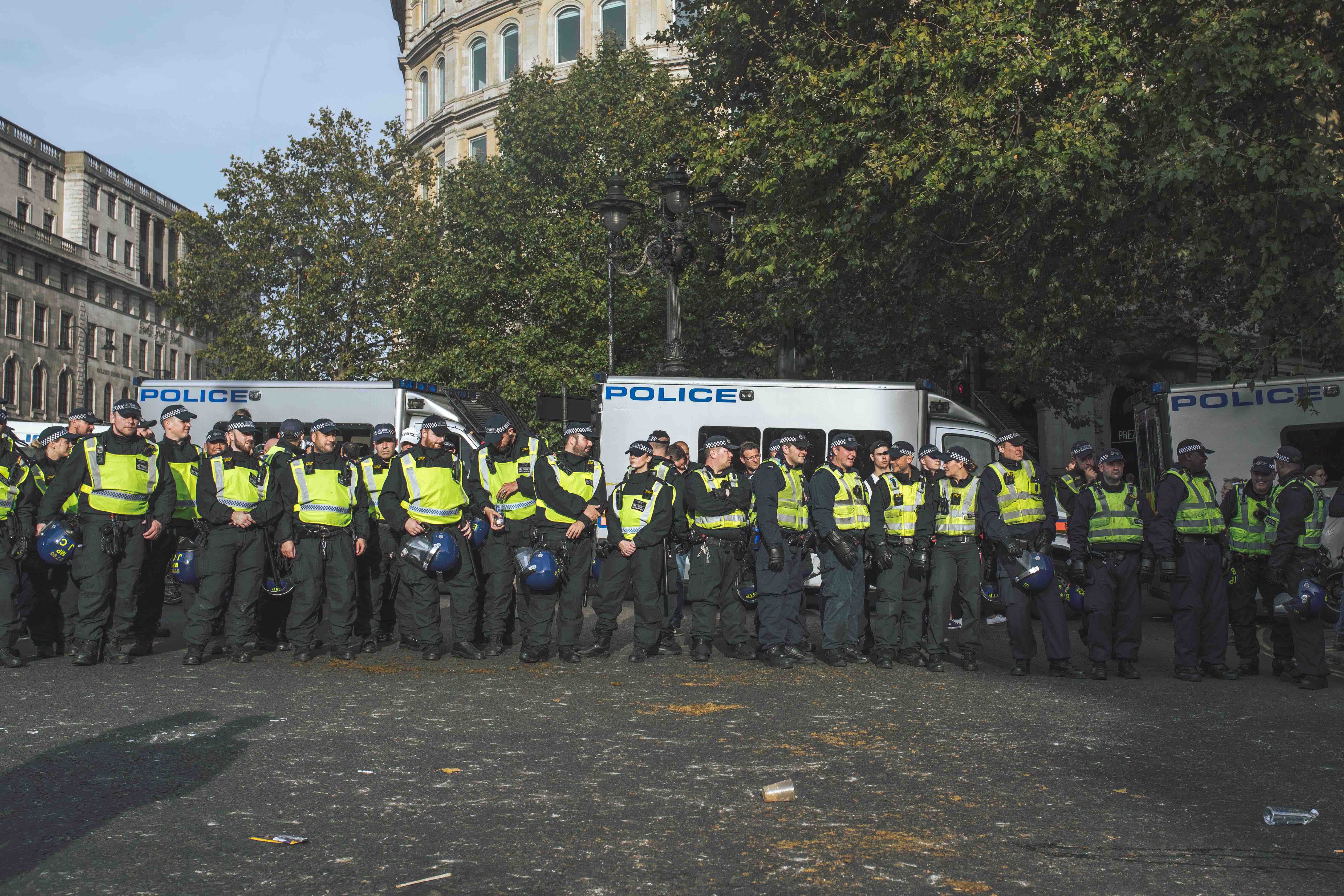 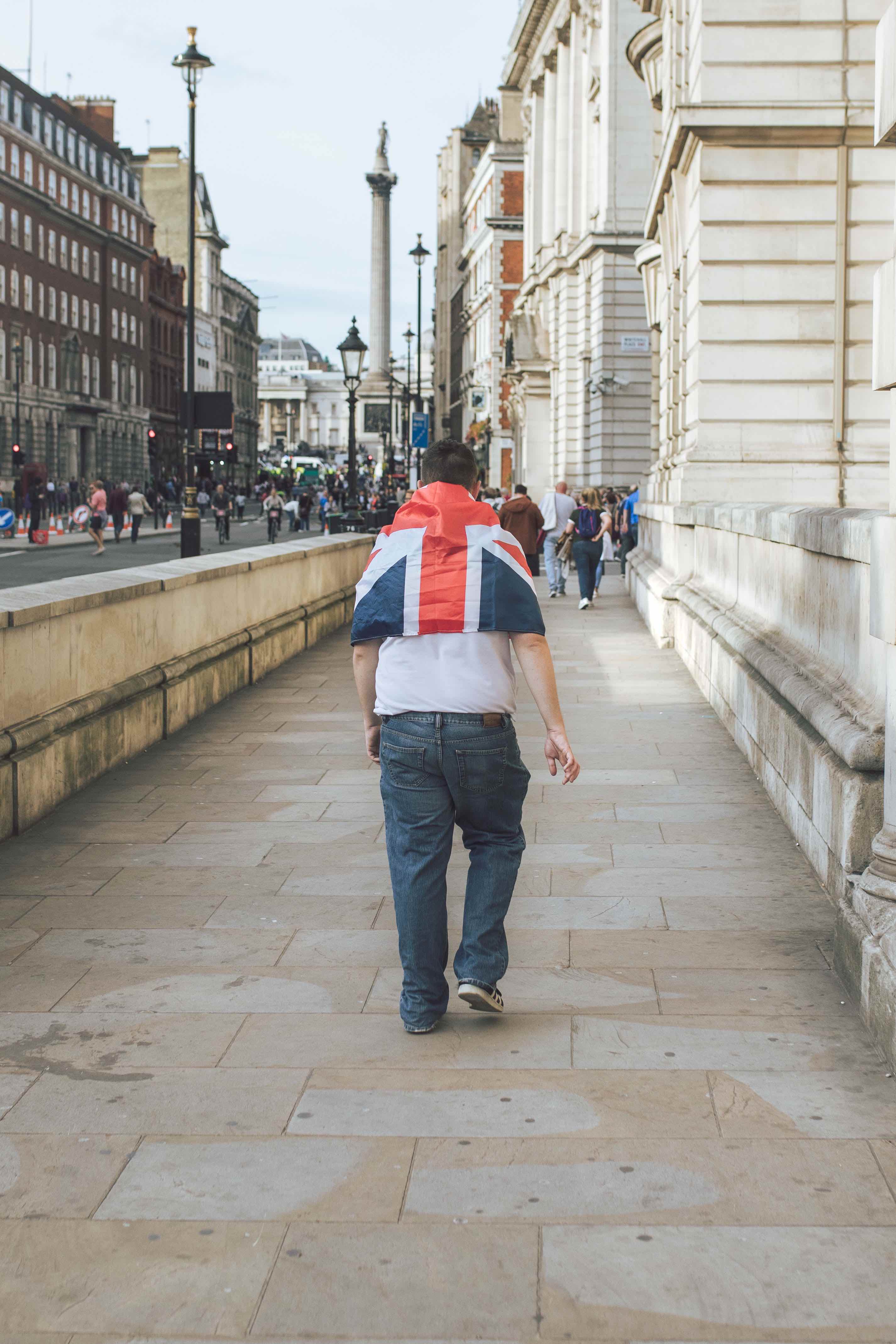 Linkedin
RELATED ARTICLES
OTHER ARTICLES
A new project is documenting formerly incarcerated people as they transition back into civilian life.
Cindy Campbell recounts how her brother ushered in a new era of musical culture at a party she held in the Bronx in ‘70s.
A group of young Palestinians have found temporary freedom in the act of parkour, reimagining wreckage and ruins as a series of high-octane playgrounds.
Rogue landlords are exploiting young and inexperienced renters and leaving them in mental and financial turmoil, reports Niall Hignett.
Yesterday thousands gathered outside Buckingham Palace after news of the Queen’s death broke.
For over a decade, gamblers have won big by employing people to place live bets from the court. But does this dubious method still work?