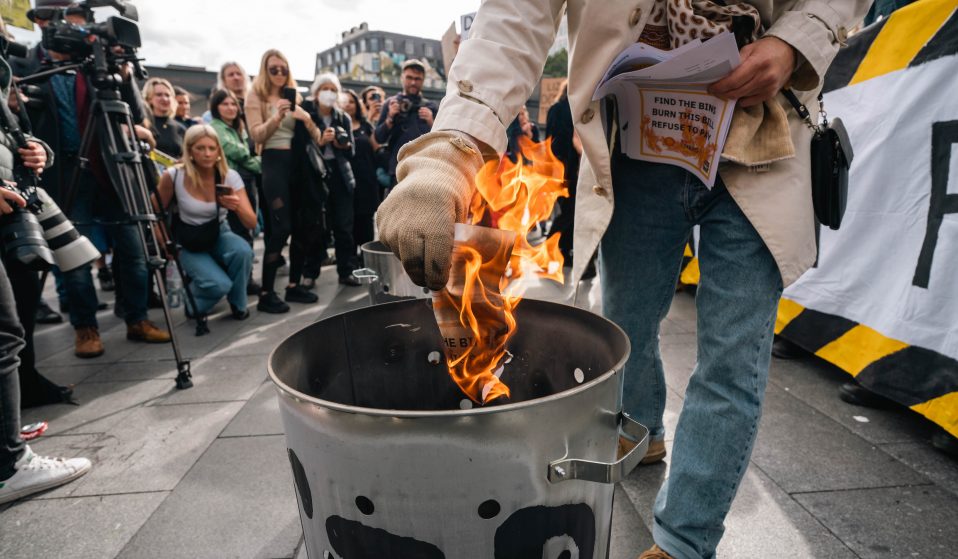 Over the weekend, thousands came together across the country over the greed and exploitation that is driving the energy crisis.

Over the weekend, thousands came together across the country over the greed and exploitation that is driving the energy crisis.

In some ways, it seemed to be a stagnant summer where politics are concerned. After the flurry and the fury of the toppling of Boris Johnson back at the start of July, an arduous Conservative party leadership election dominated headlines. Lame-duck Johnson spent his final weeks as Prime Minister absent, as Liz Truss and Rishi Sunak tore chunks out of each other. All the while the cost of living crisis soared, barrelling towards a historic energy price hike on 1 October.

Behind the scenes, however, something has been building. Since its launch in the middle of August, the Enough is Enough campaign – backed by MPs, trade unions and others – has been slowly building momentum. Packed-out rallies up and down the country, largely uncovered by the majority of the press, have seen thousands come together to begin organising.

Liz Truss’s lacklustre intervention on energy in the form of an “energy price guarantee” which Don’t Pay UK called a “guarantee that many millions of us will go cold in our homes this winter” in Huck last week only served to galvanise people. This weekend, weeks of preparation and organising manifested in dozens of demos in towns and cities across the country with 100,000 people taking to the streets to say enough is enough.

In Nottingham Labour MP Nadia Whittome addressed crowds, saying: “While food banks give out over two million parcels a year, and one-third of children in our city live in poverty, the Tories are uncapping bonuses for bankers. While nurses are calling in sick because they can’t afford a bus to work, the Tories are cutting taxes for the top 1 per cent. And while people are suffering massive real terms pay cuts, they want us to be angry at immigrants and minorities.”

In London, a reported 10,000 people gathered outside of Kings Cross station for a rally which took place as the first in a series of rail strikes, building on from those earlier in the year, shut down the railways. Crowds were addressed by trade unions leaders, organisers and MPs including former leader of the Labour Party and Islington North MP Jeremy Corbyn.

Speaking to Huck, Corbyn said: “In every corner of the country, communities are fighting back against greed, inequality and exploitation as part of the biggest mass mobilisation of the working class in decades.”

“For too long, governments have tinkered around the edges of a broken system,” he added. “The time for change and a radical alternative is long overdue. Millions are fighting for change and demanding action – and they are going to win.”

Following the rally protestors from campaign group Don’t Pay UK, who are attempting to organise a million-strong bill payment strike in protest of the rise in energy prices, burnt energy bills.

The rallies came as delegates for the year’s Conservative party conference in Birmingham. An organiser with Don’t Pay Birmingham said: “We can’t wait for Liz Truss to finally care that millions of us are really struggling to afford to live. We’ve got no choice other than to come together, fight back and strike.”

Set against the backdrop of catastrophic economic fallout from chancellor Kwasi Kwarteng’s September mini-budget, the rallies and actions represent the start of a concerted fightback across the movement. Photographer Aiyush Pachnanda was at the London rally to capture the action. 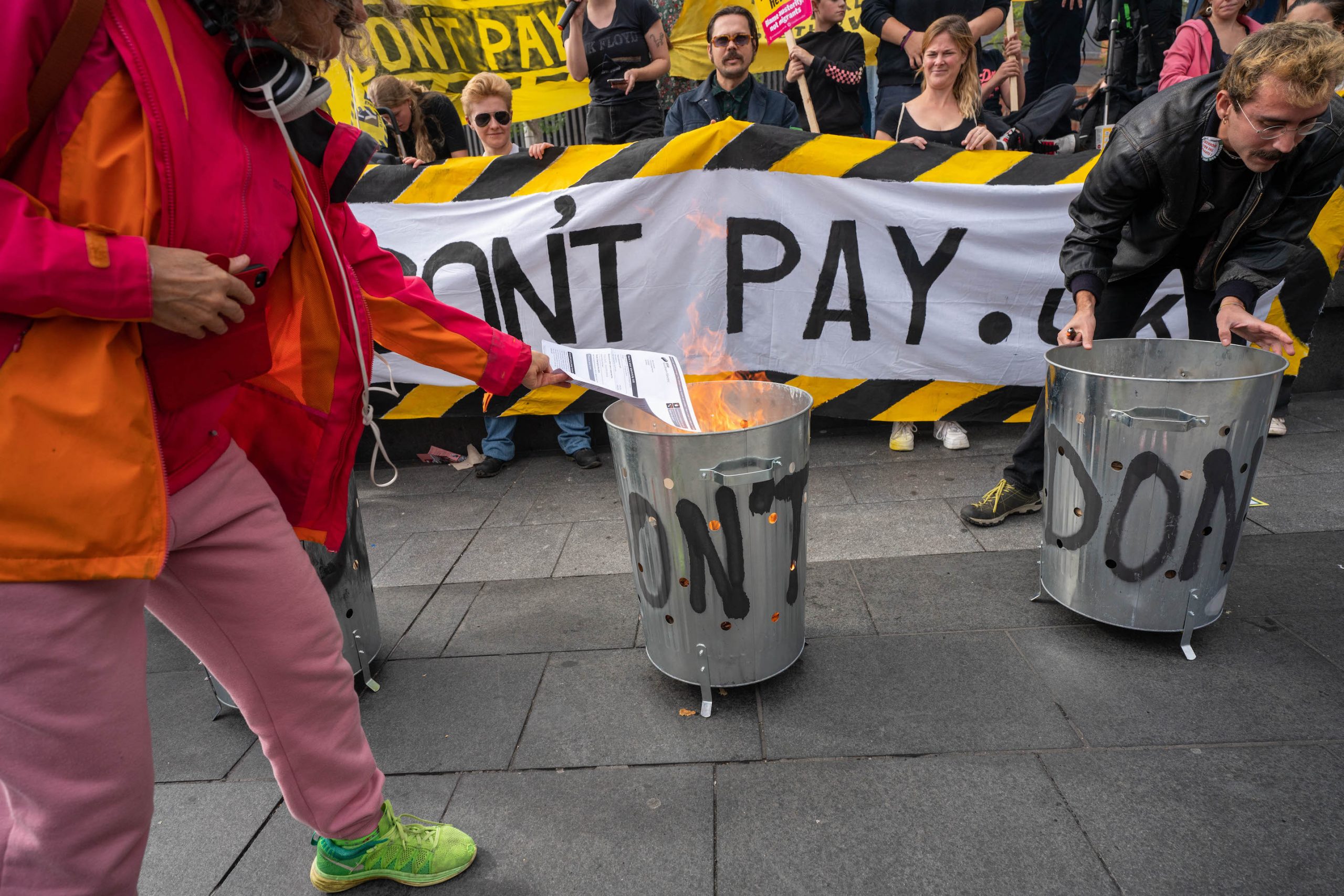 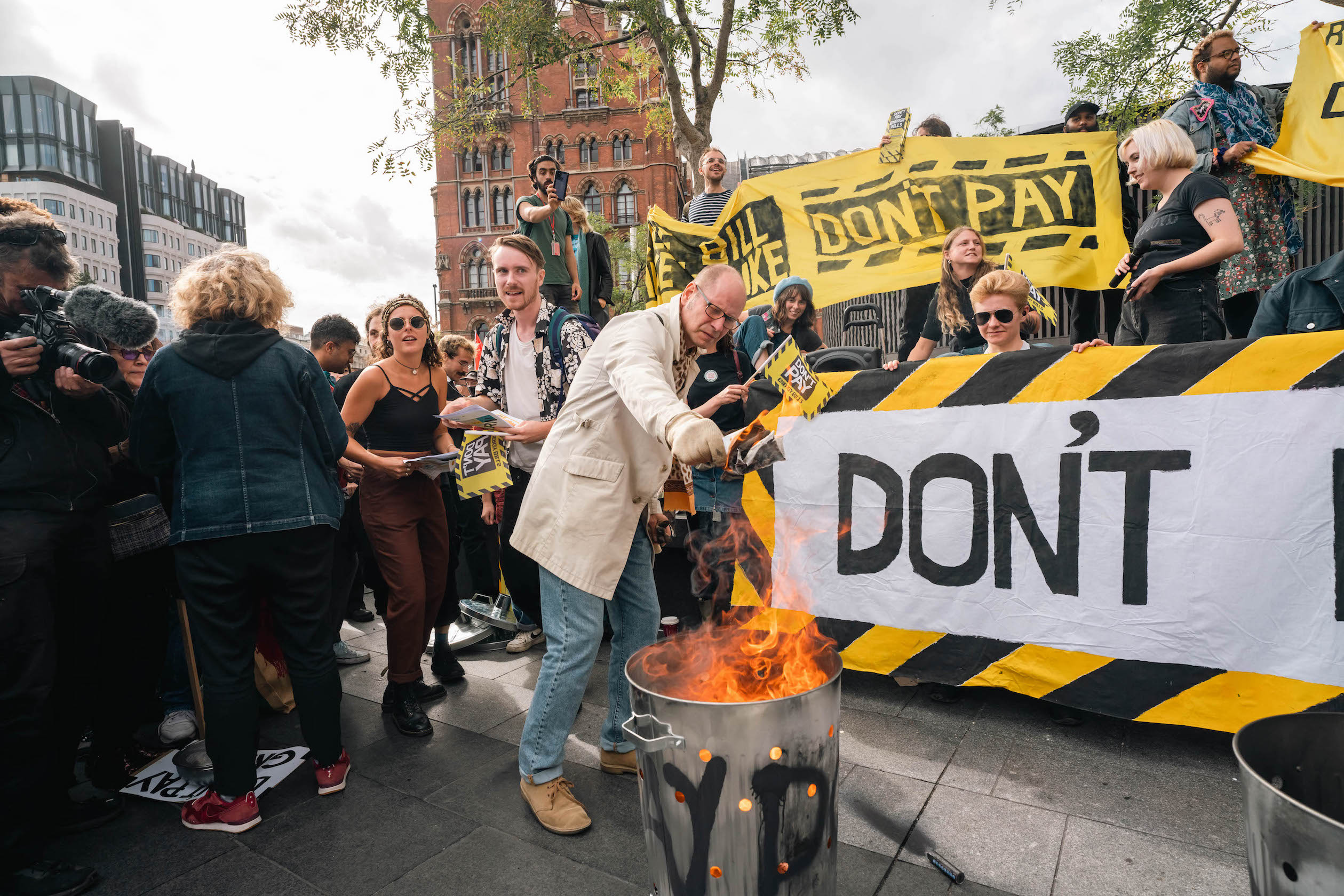 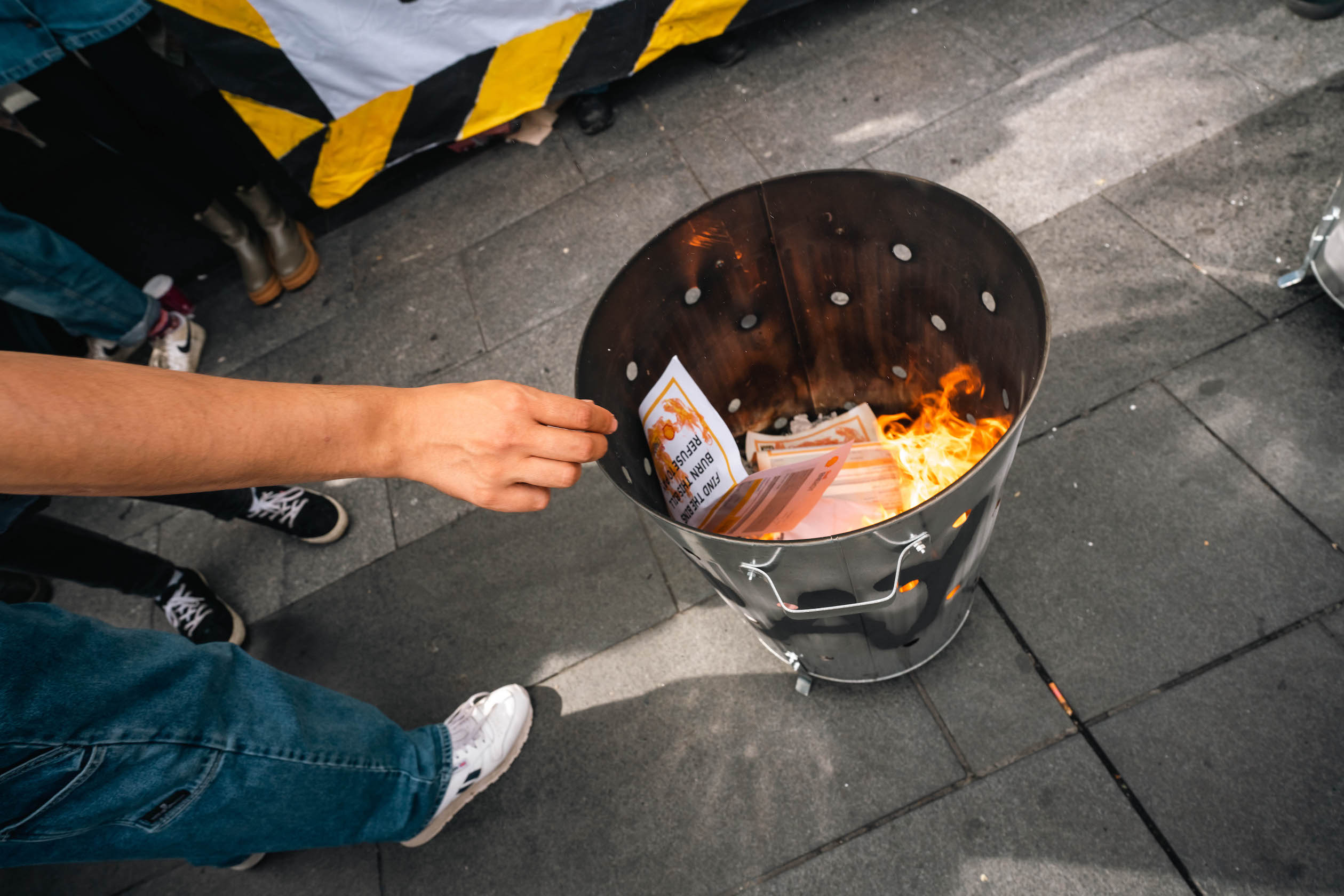 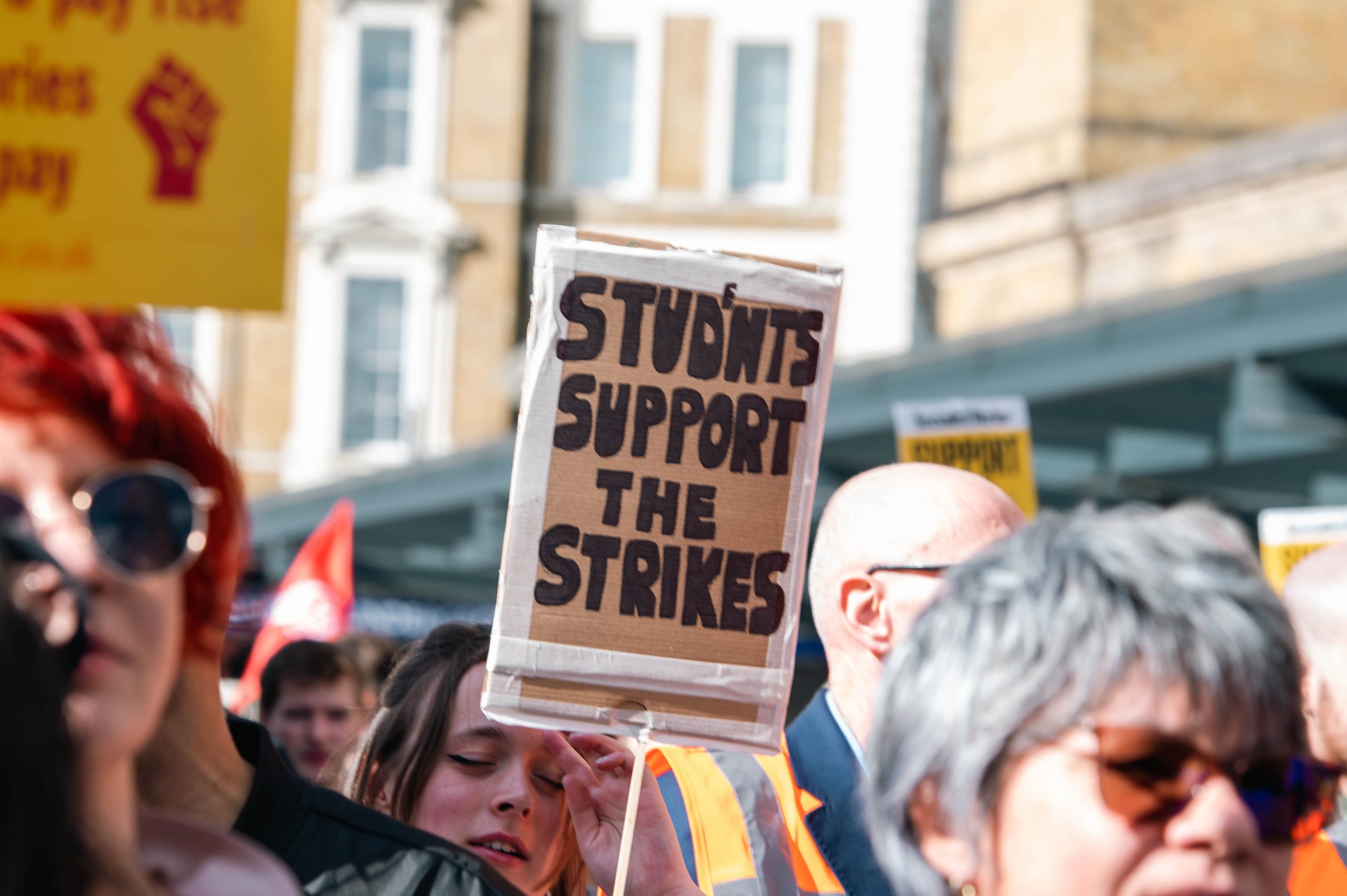 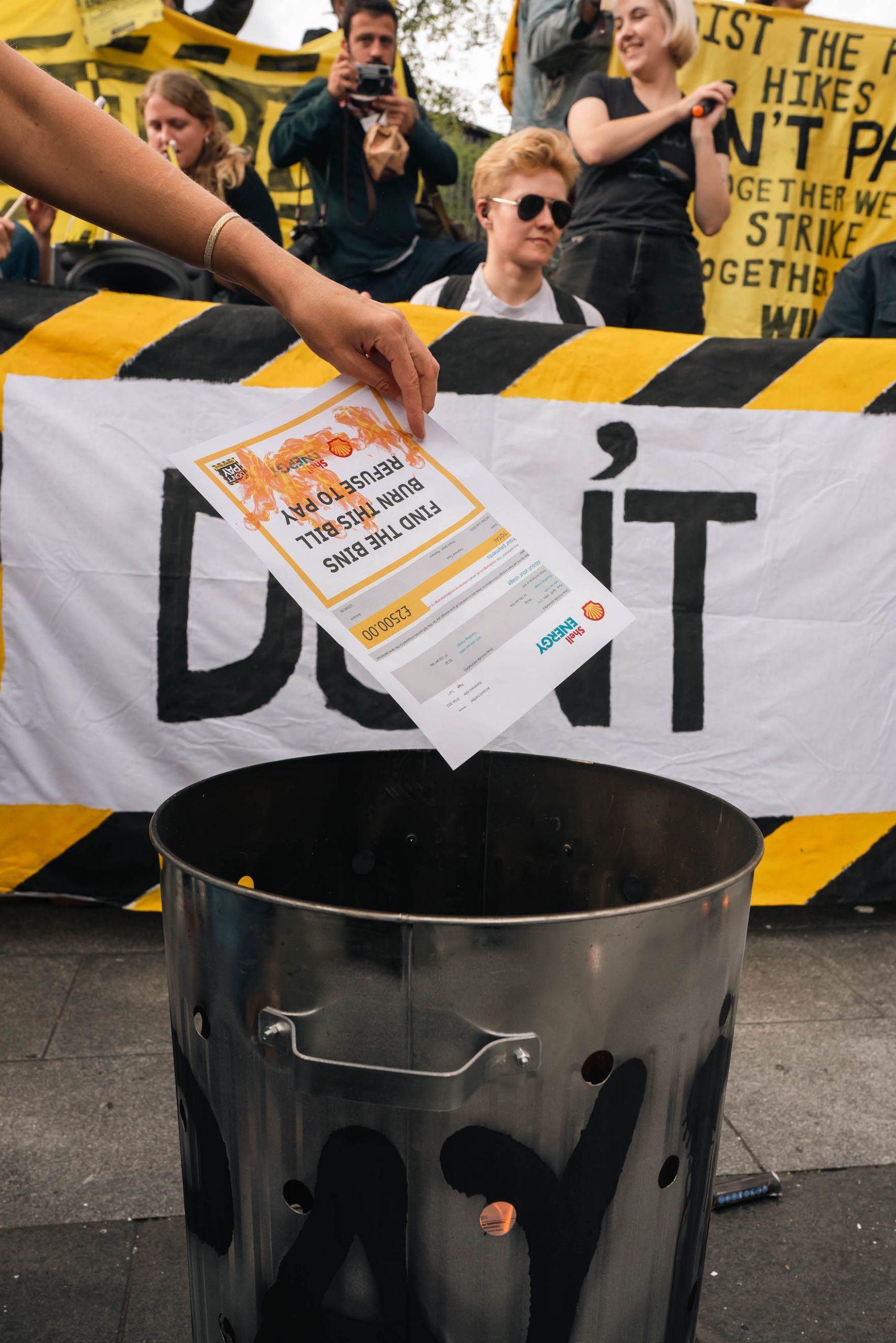 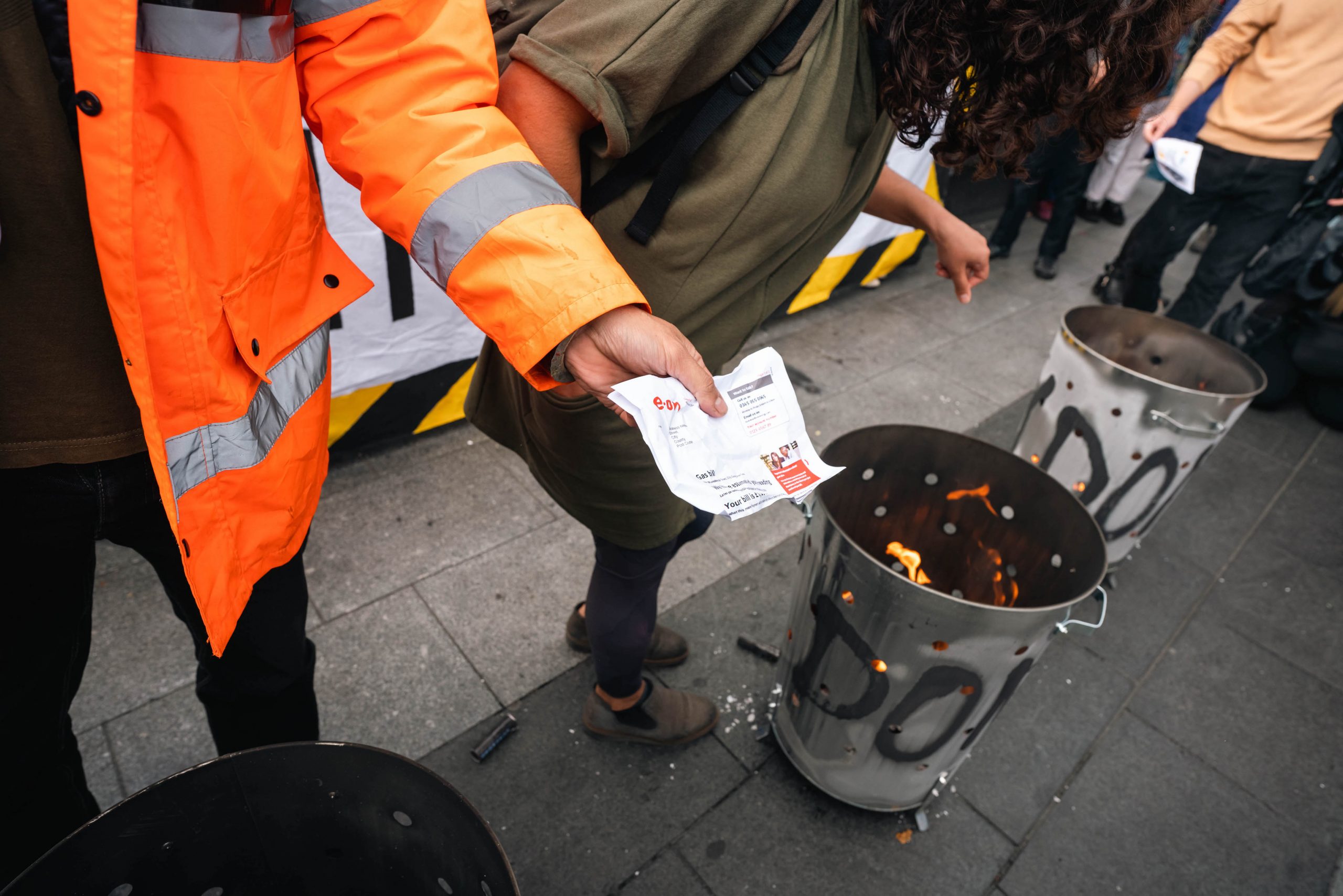 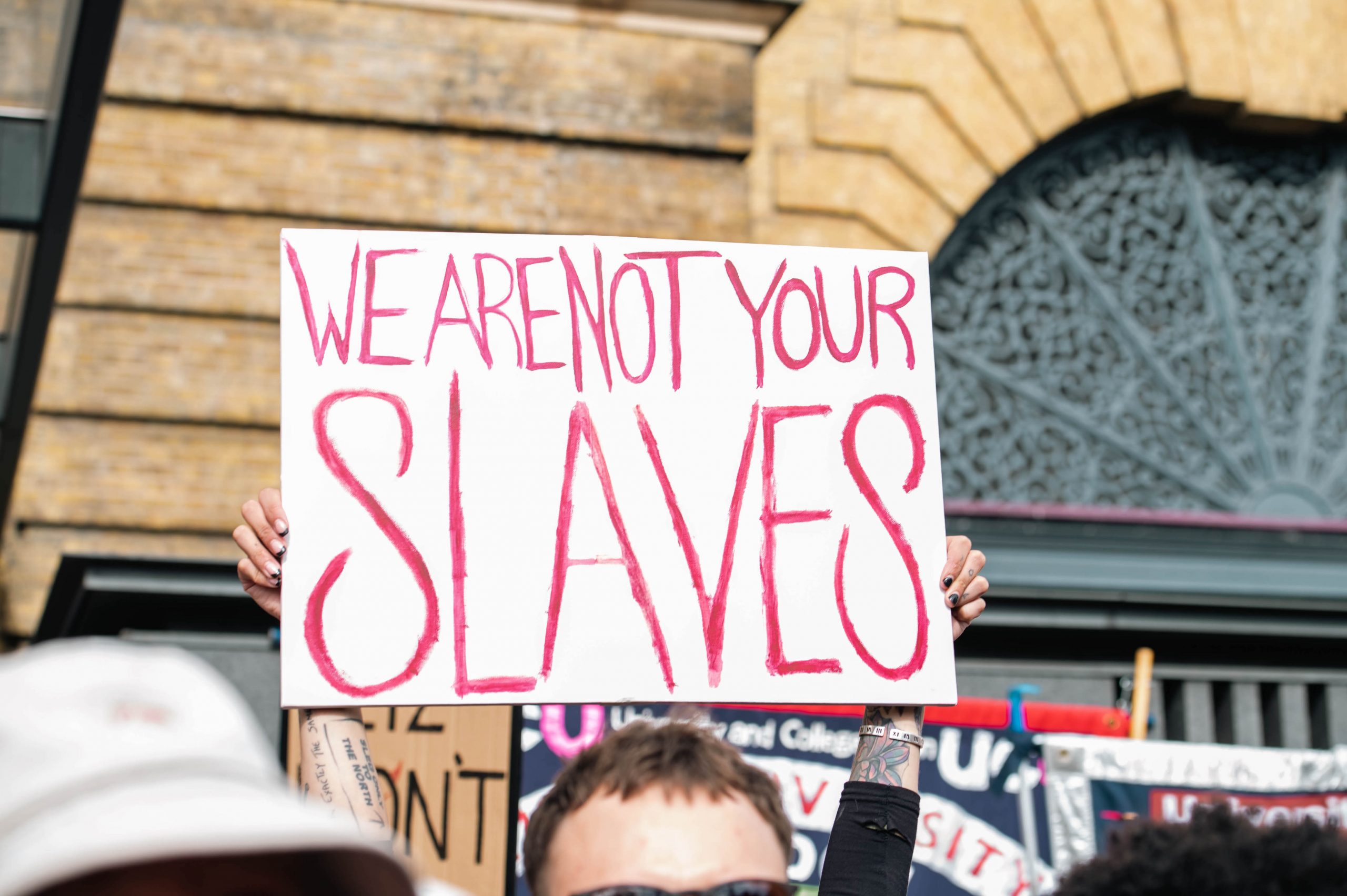 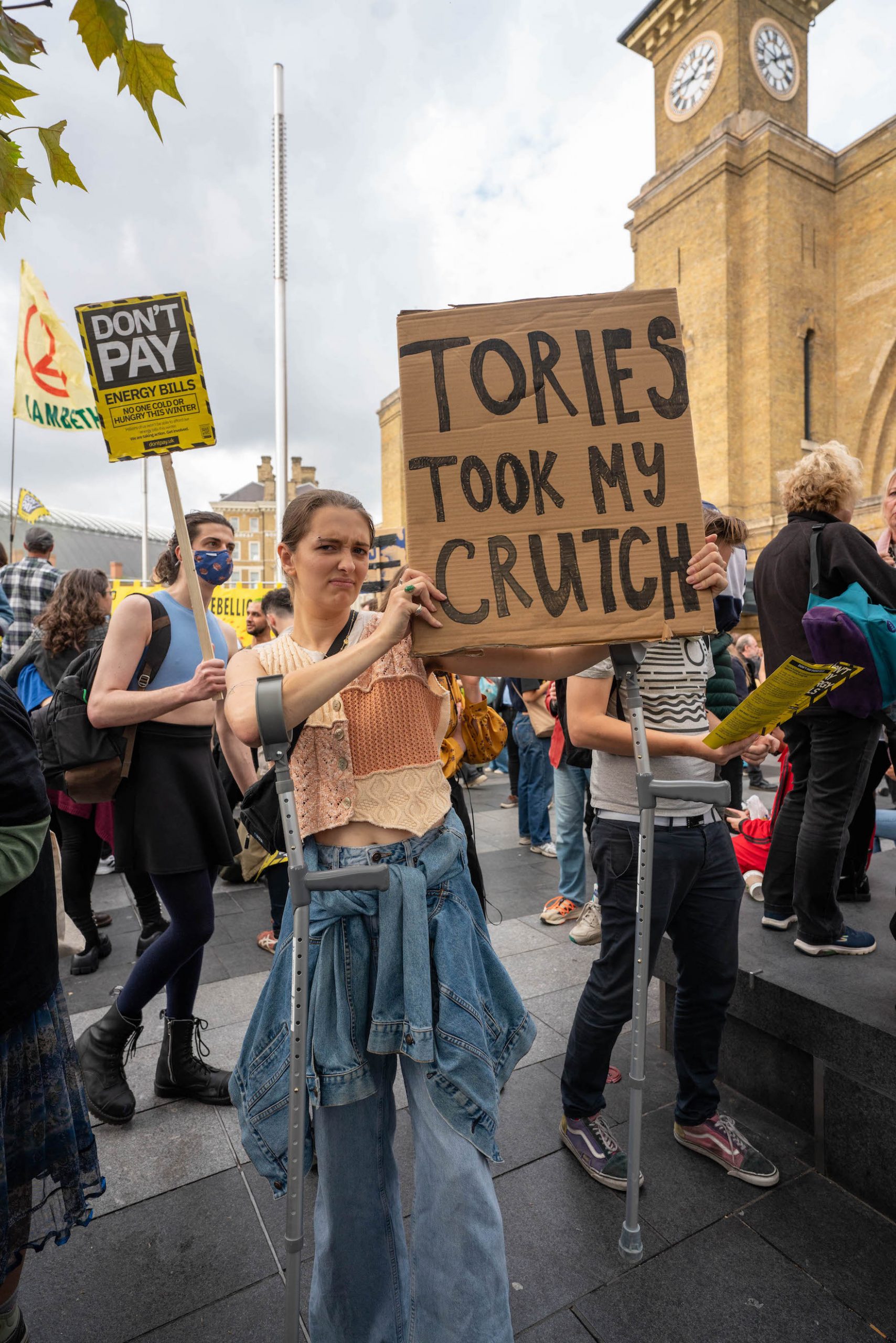 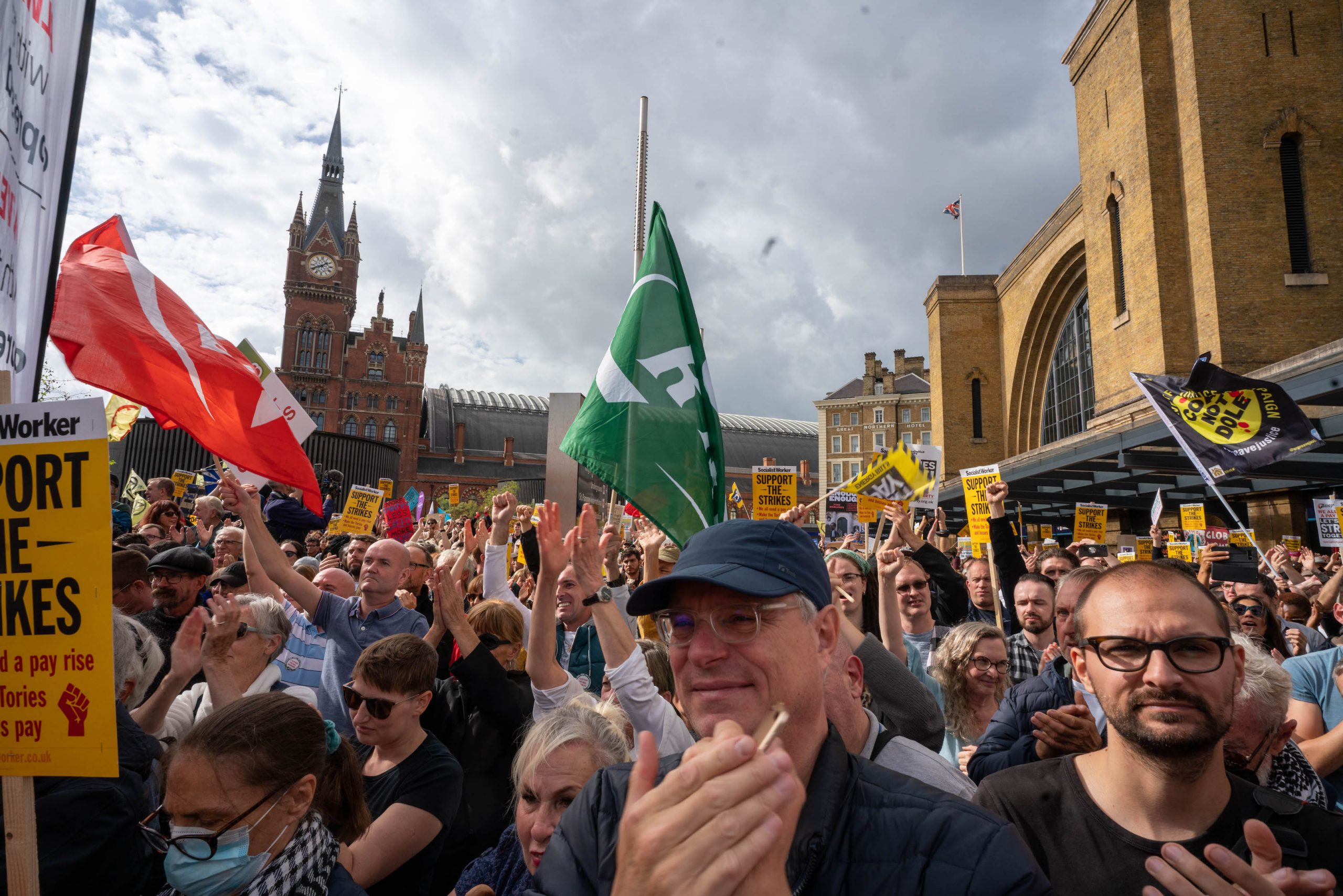 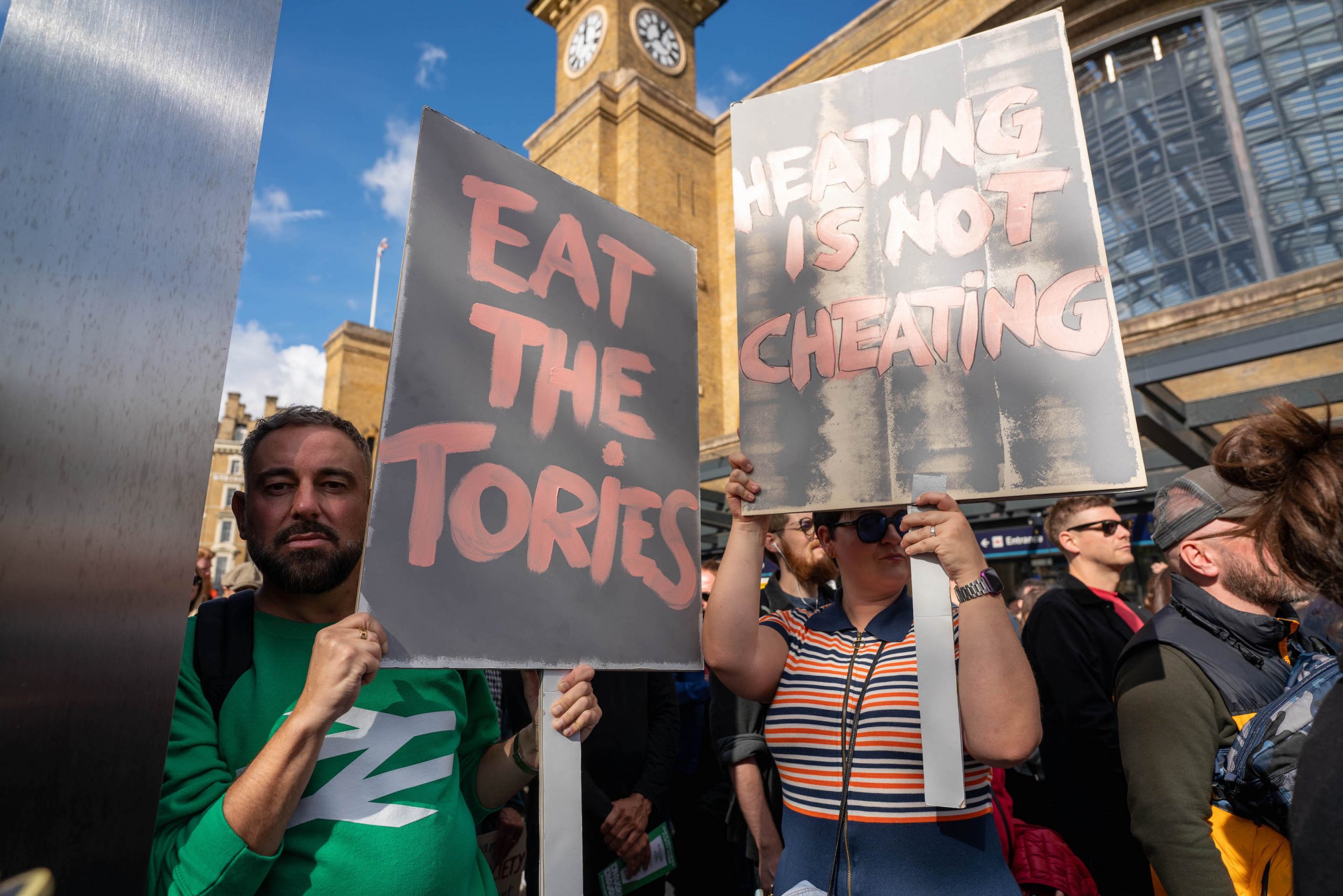 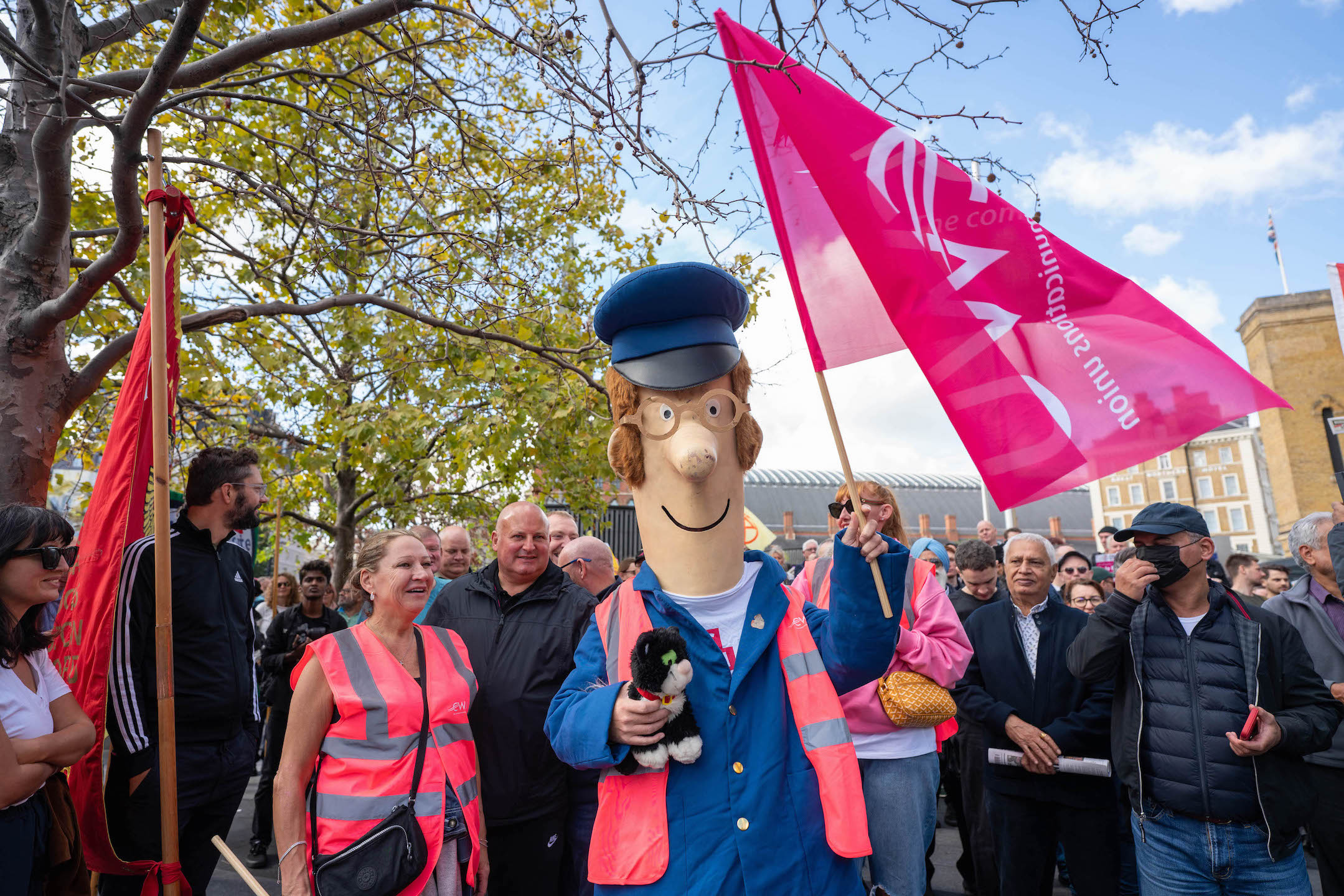 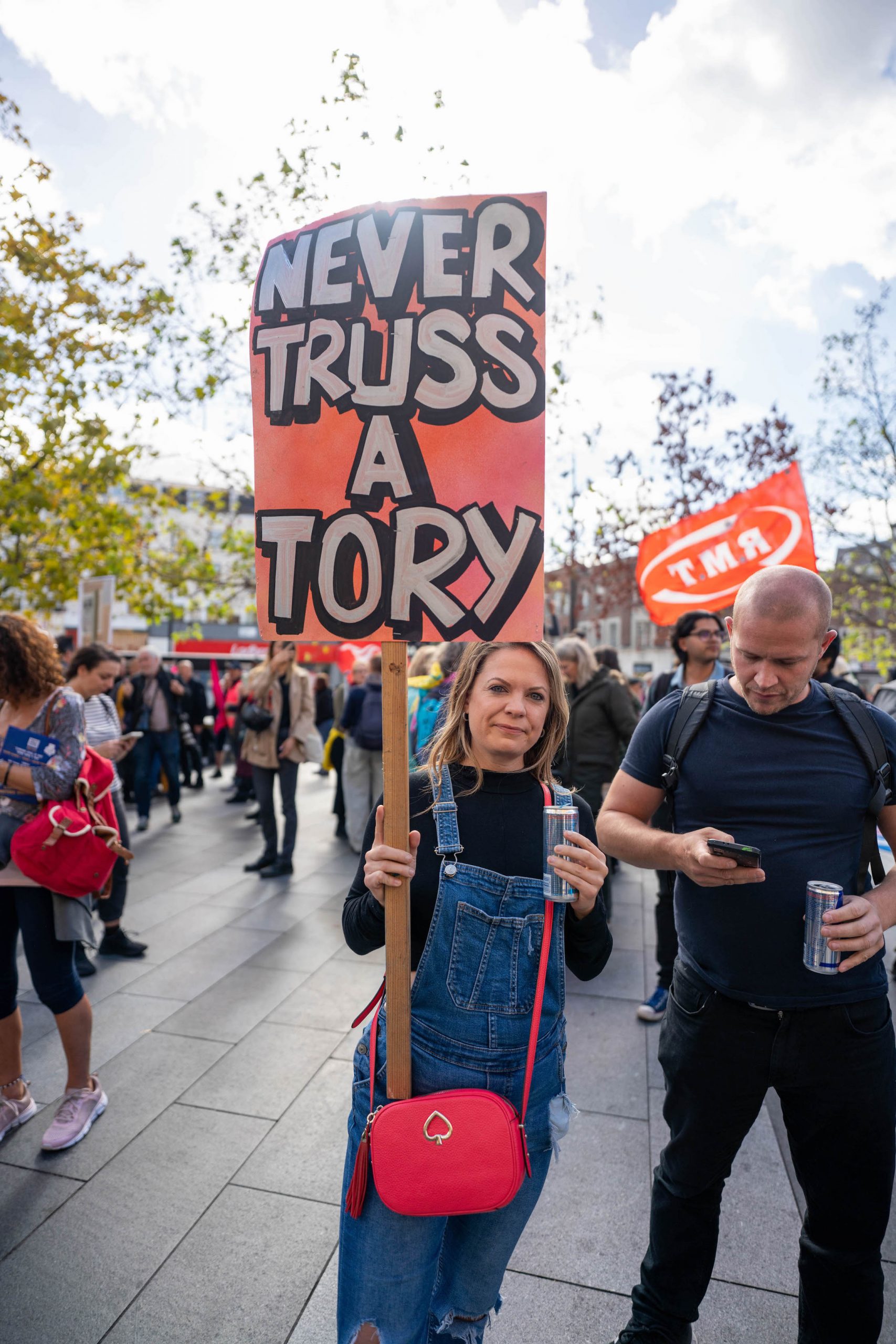 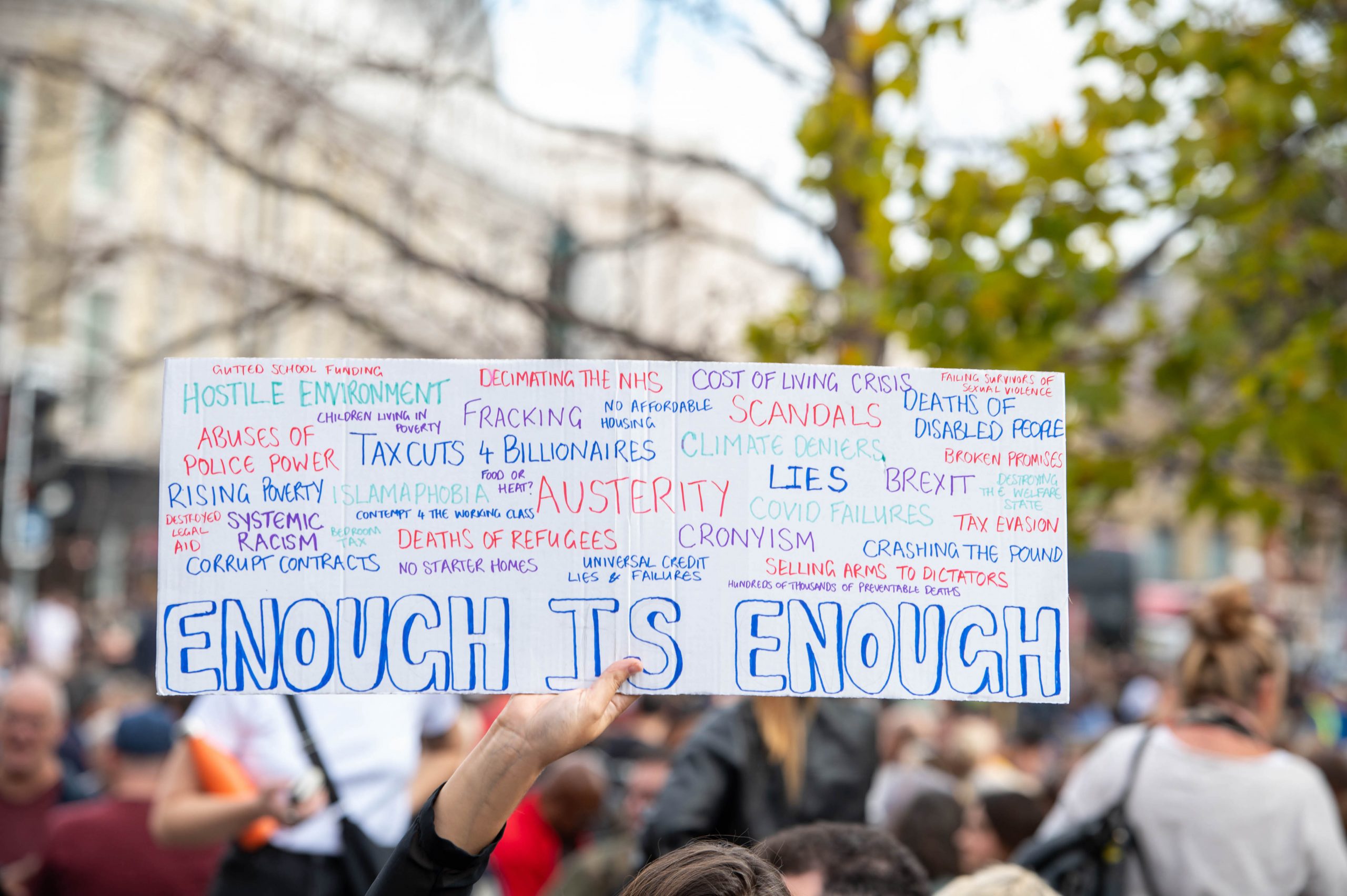 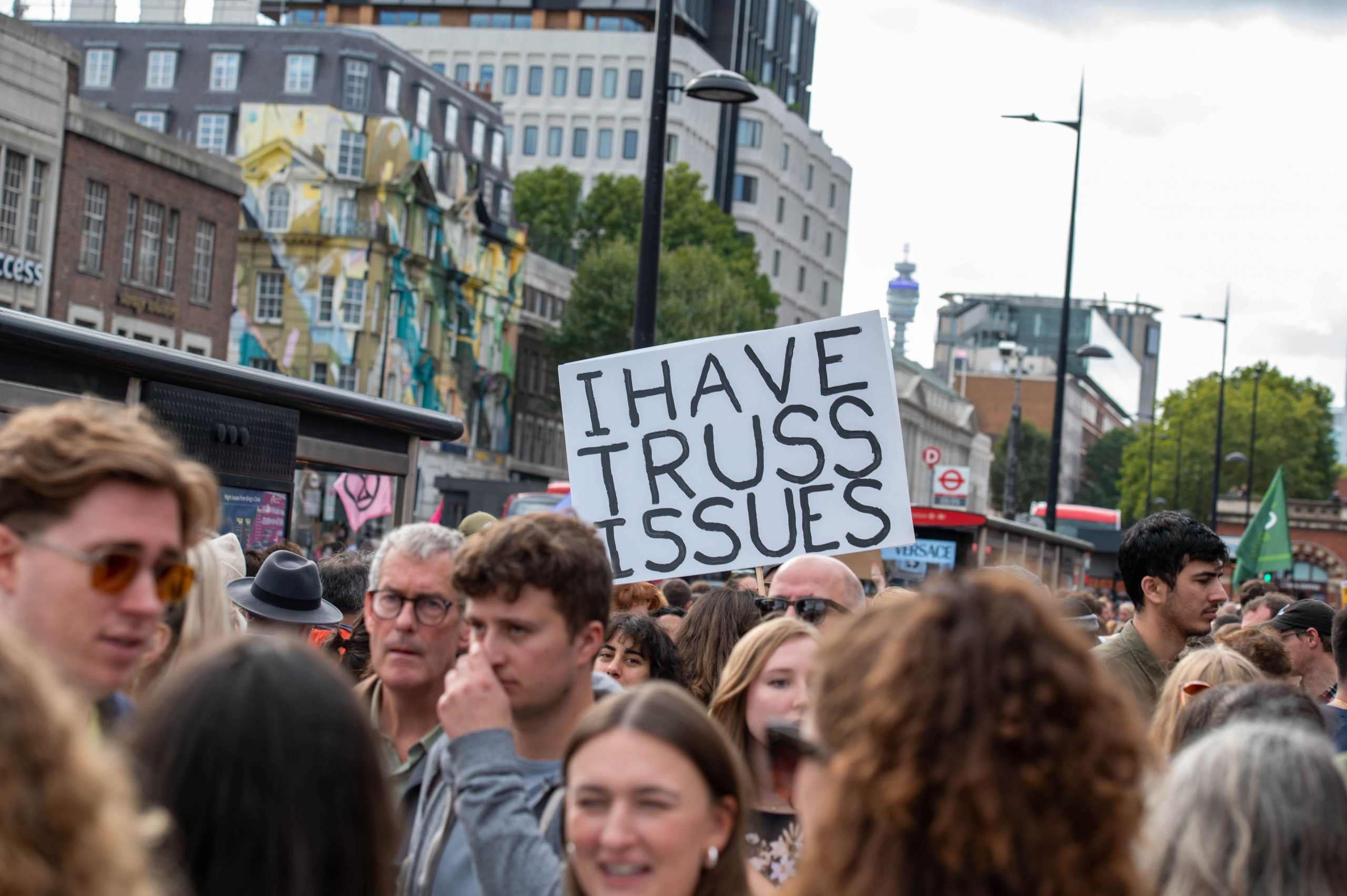 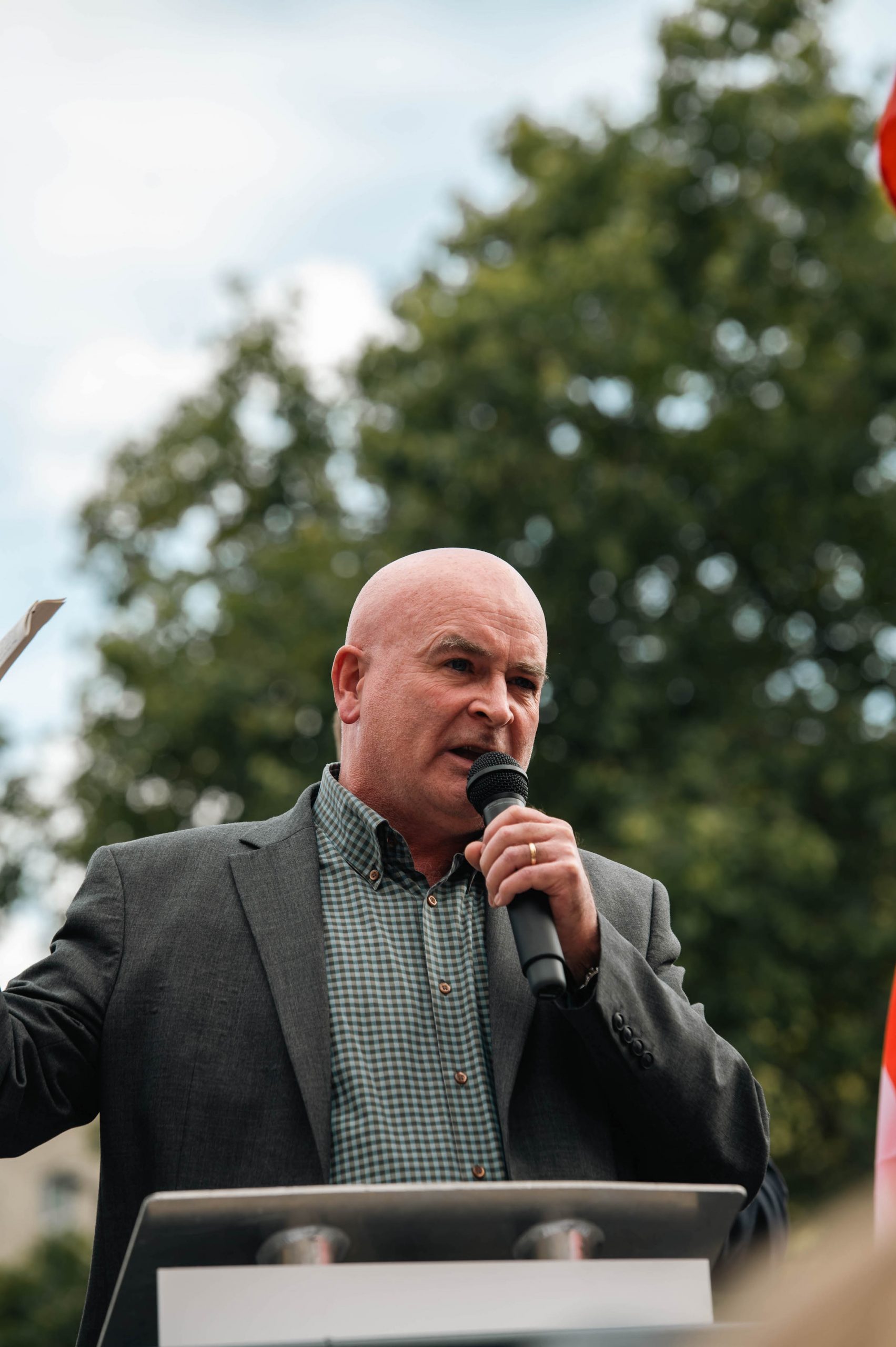 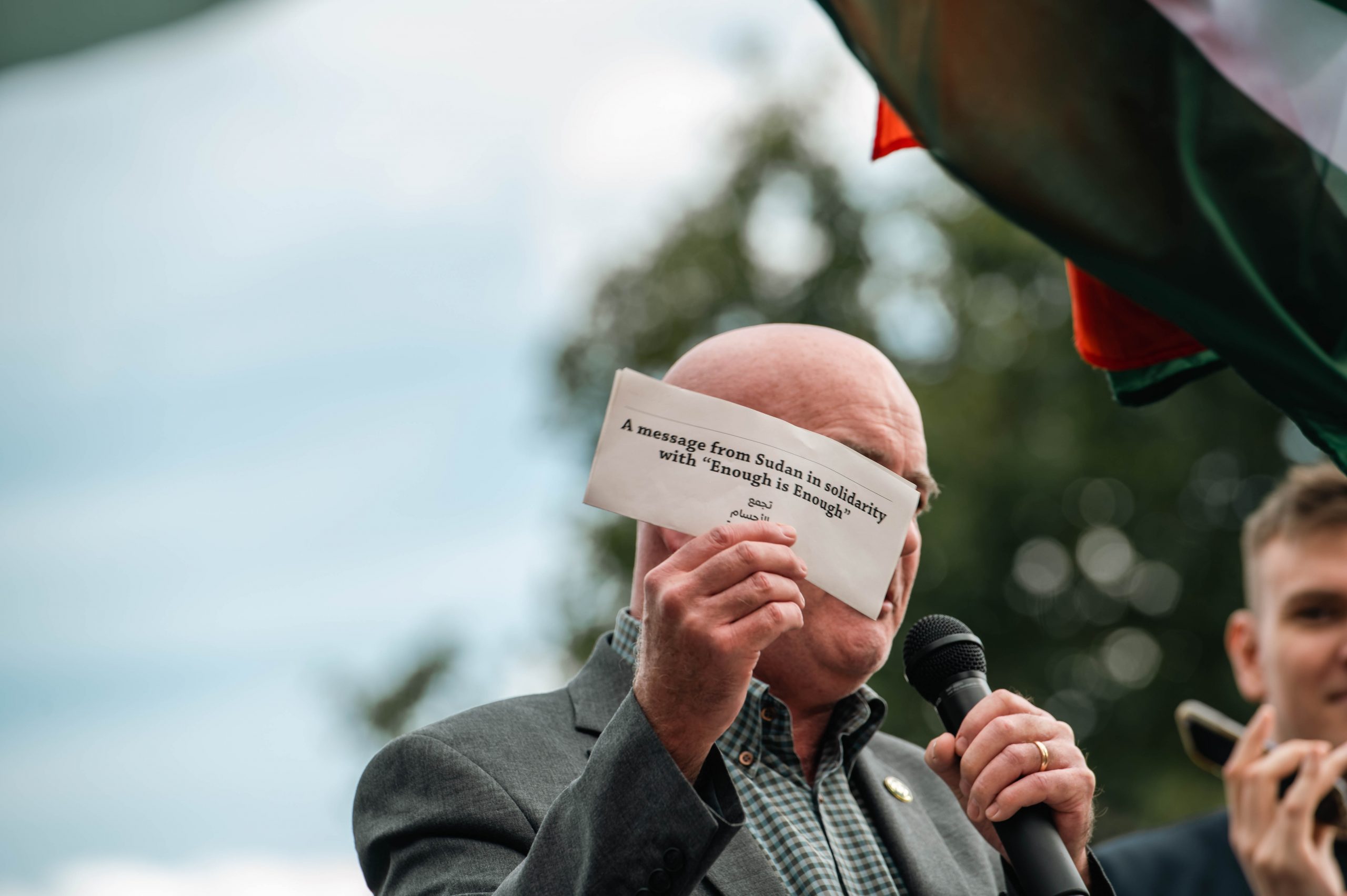 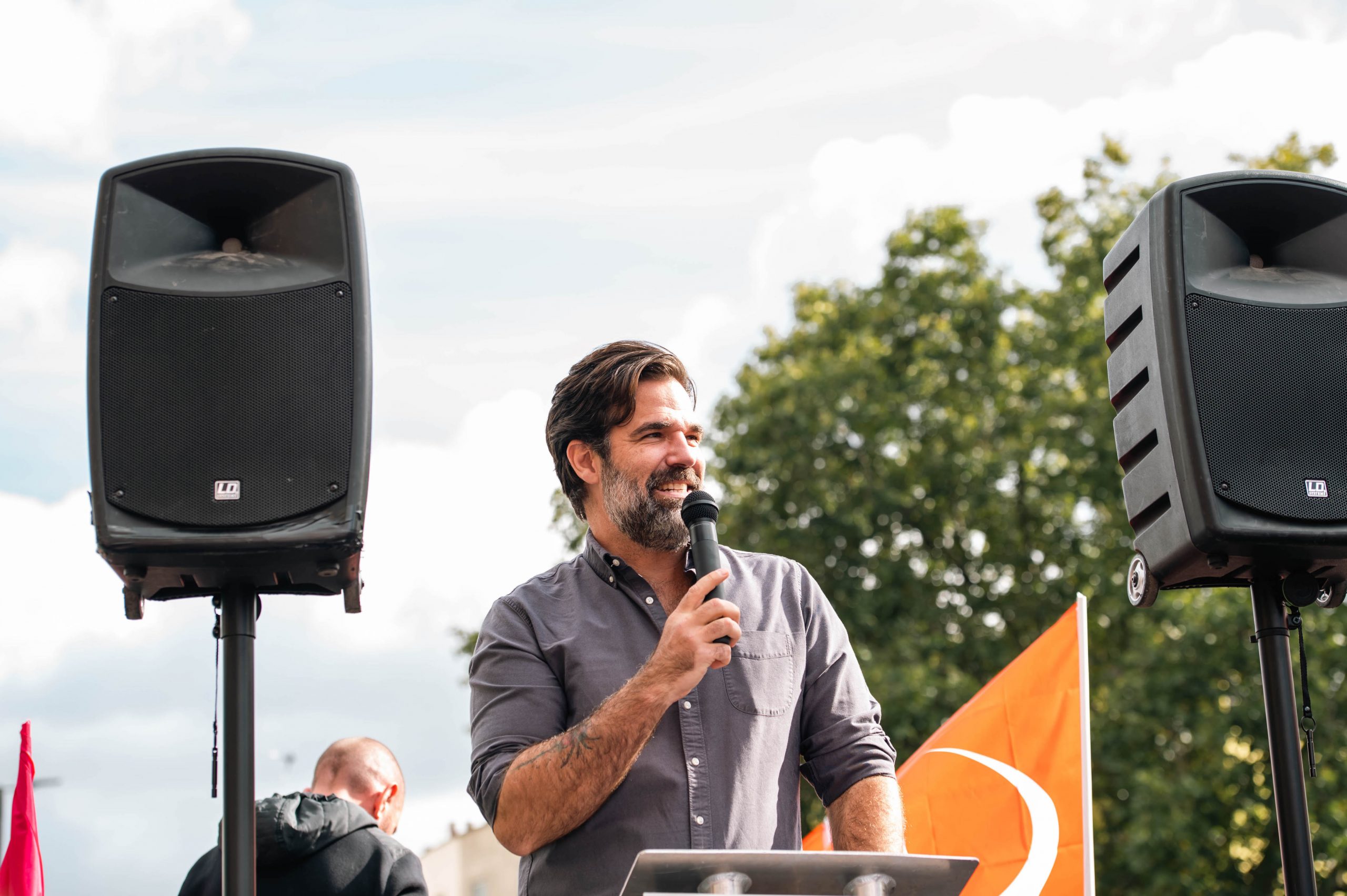 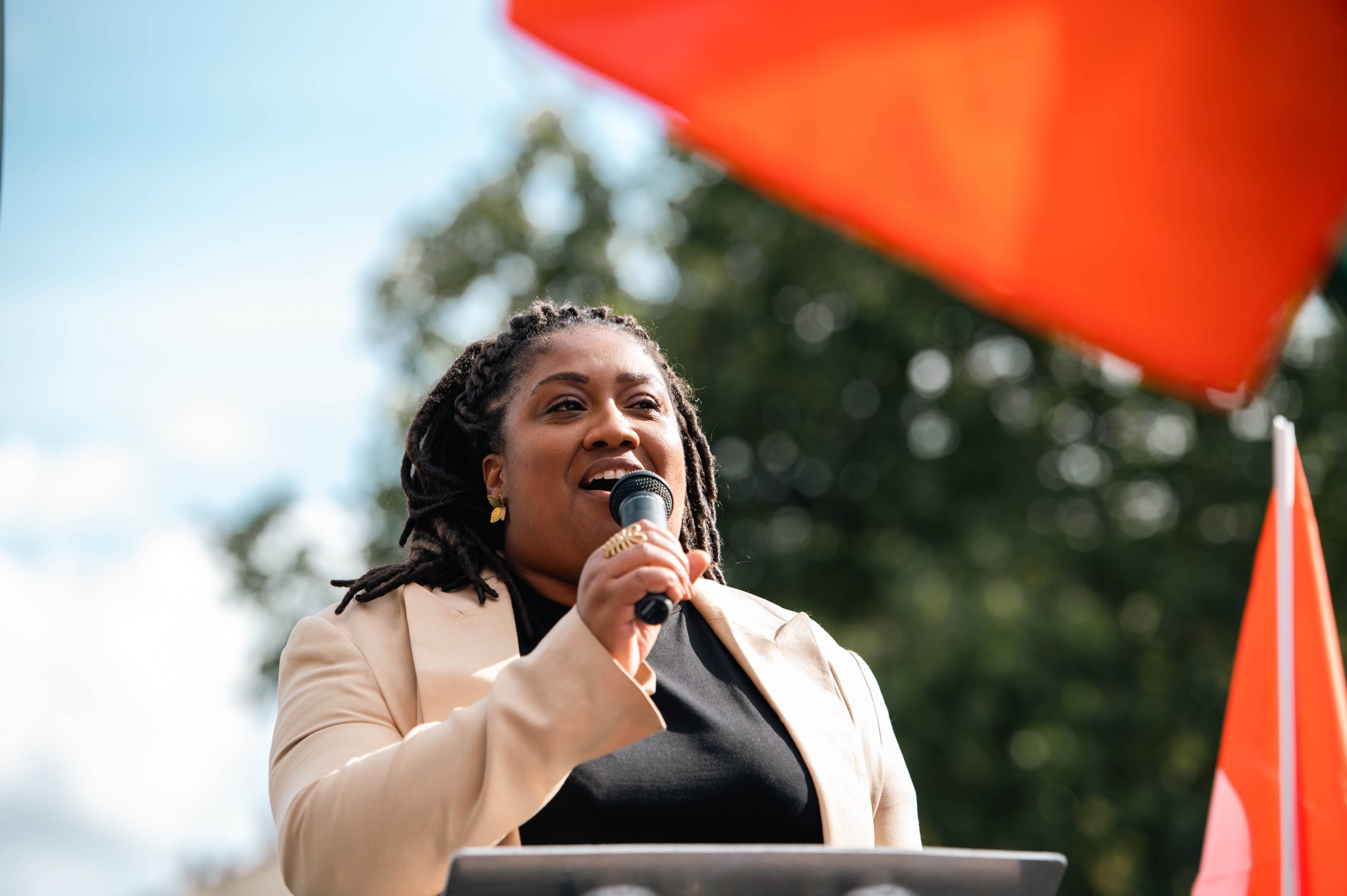 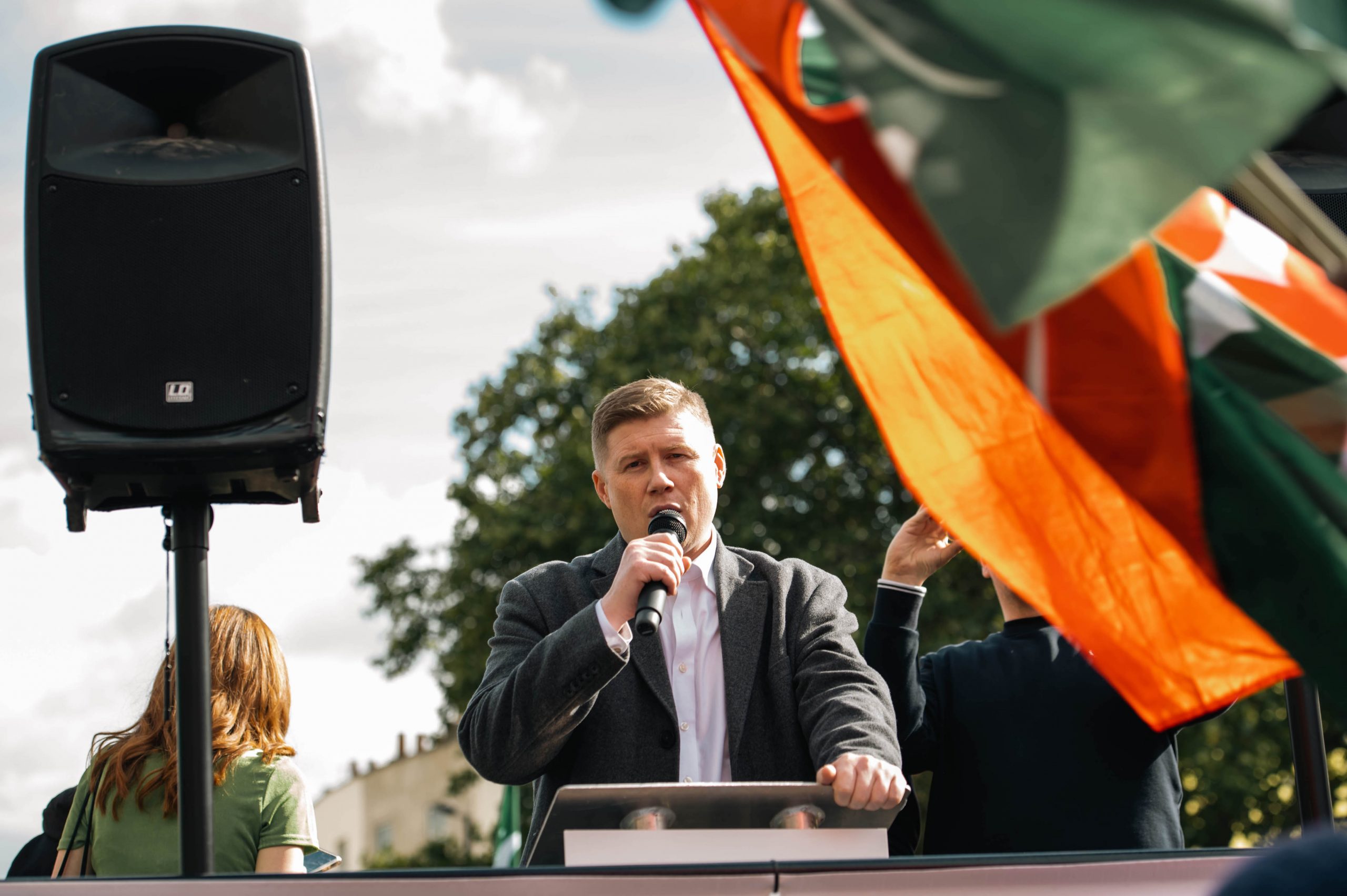 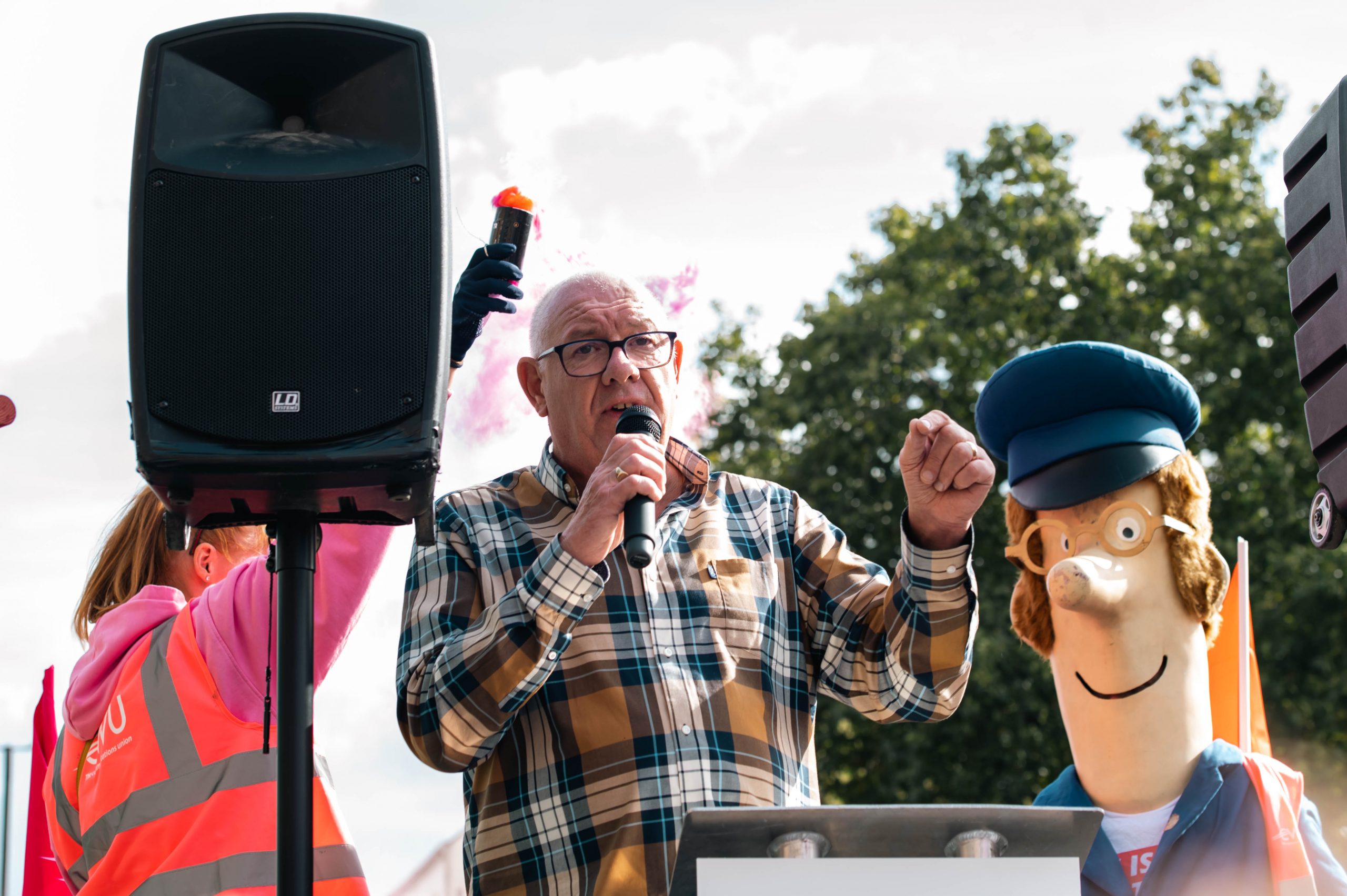 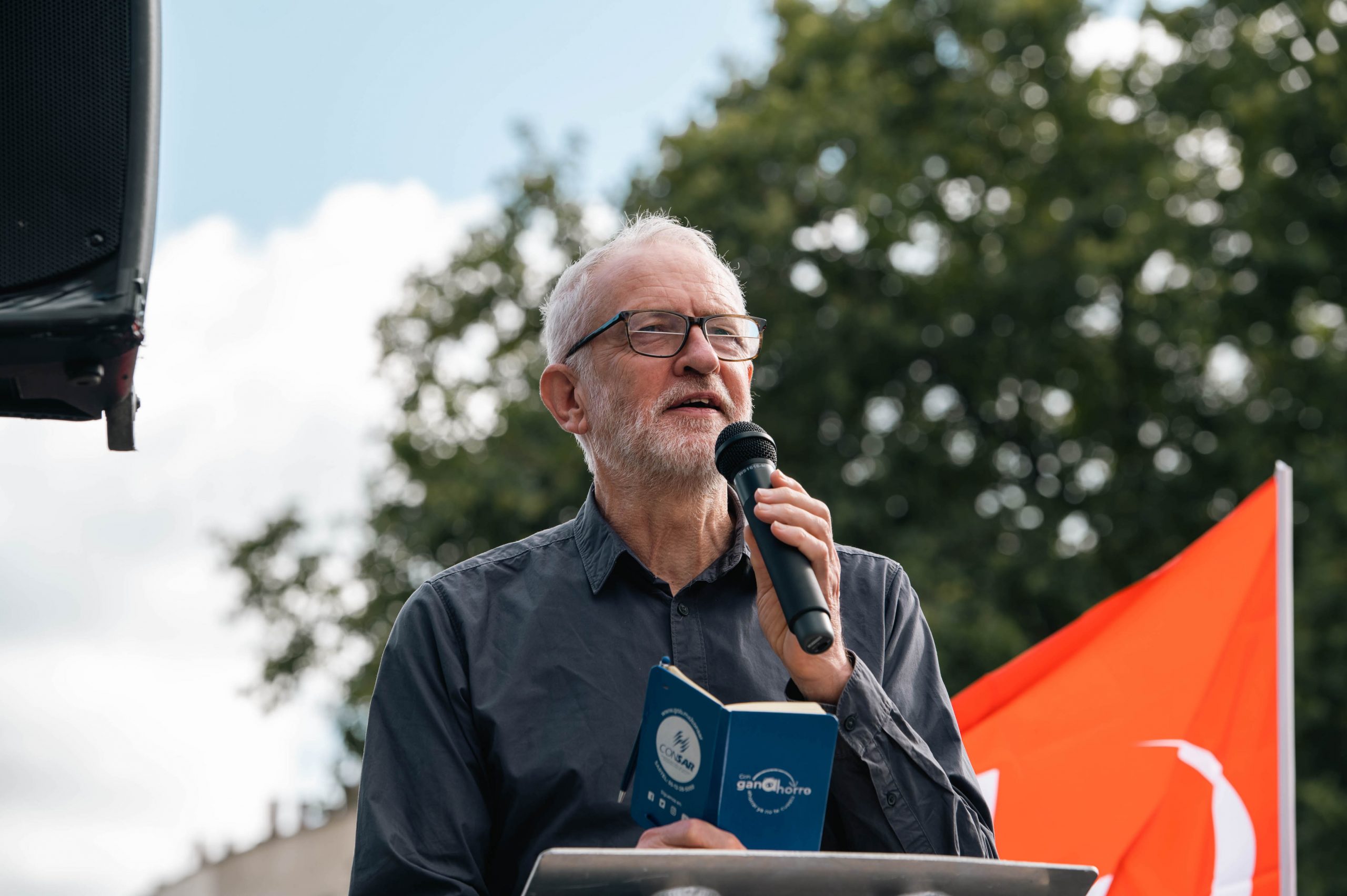 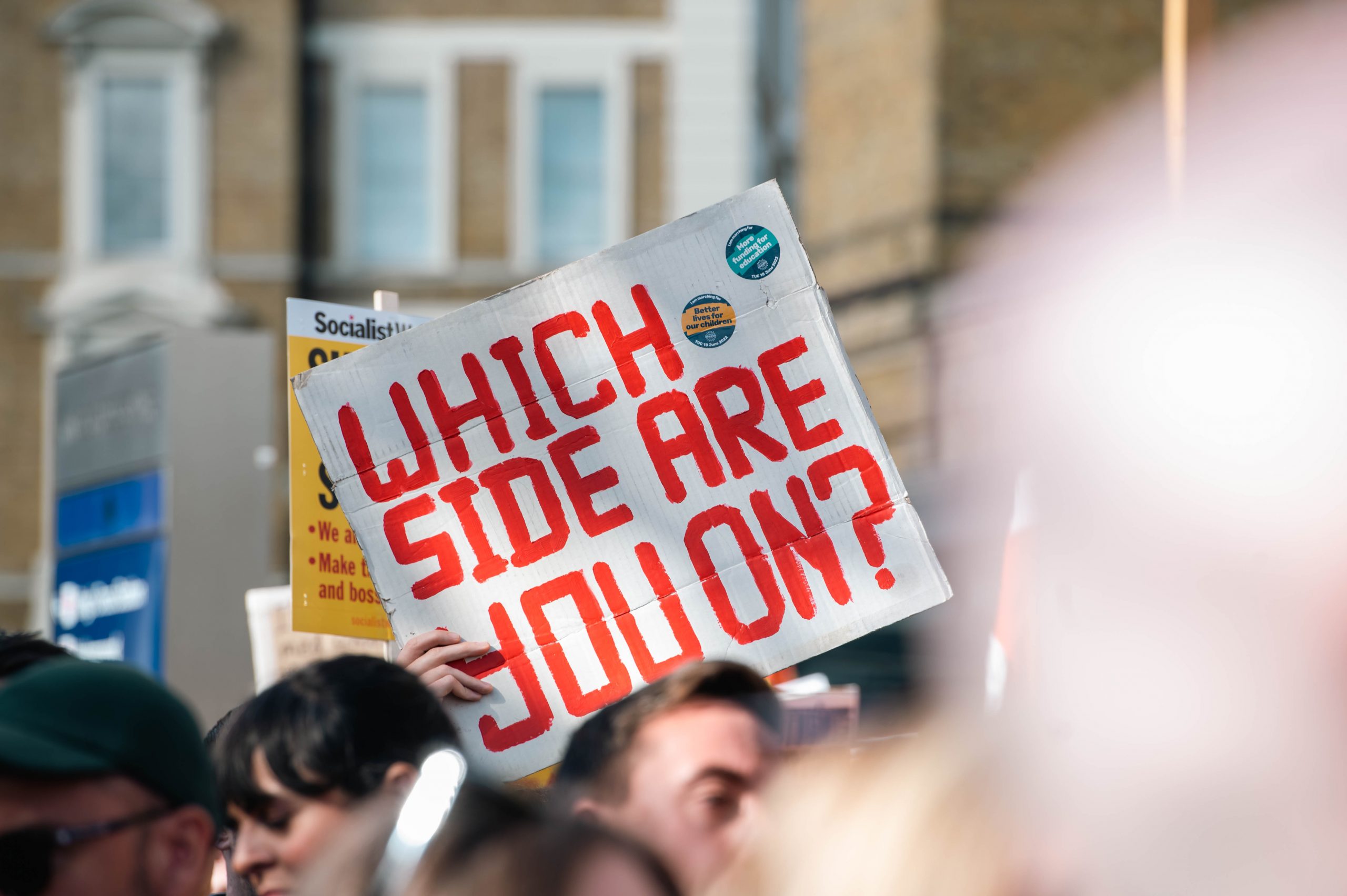 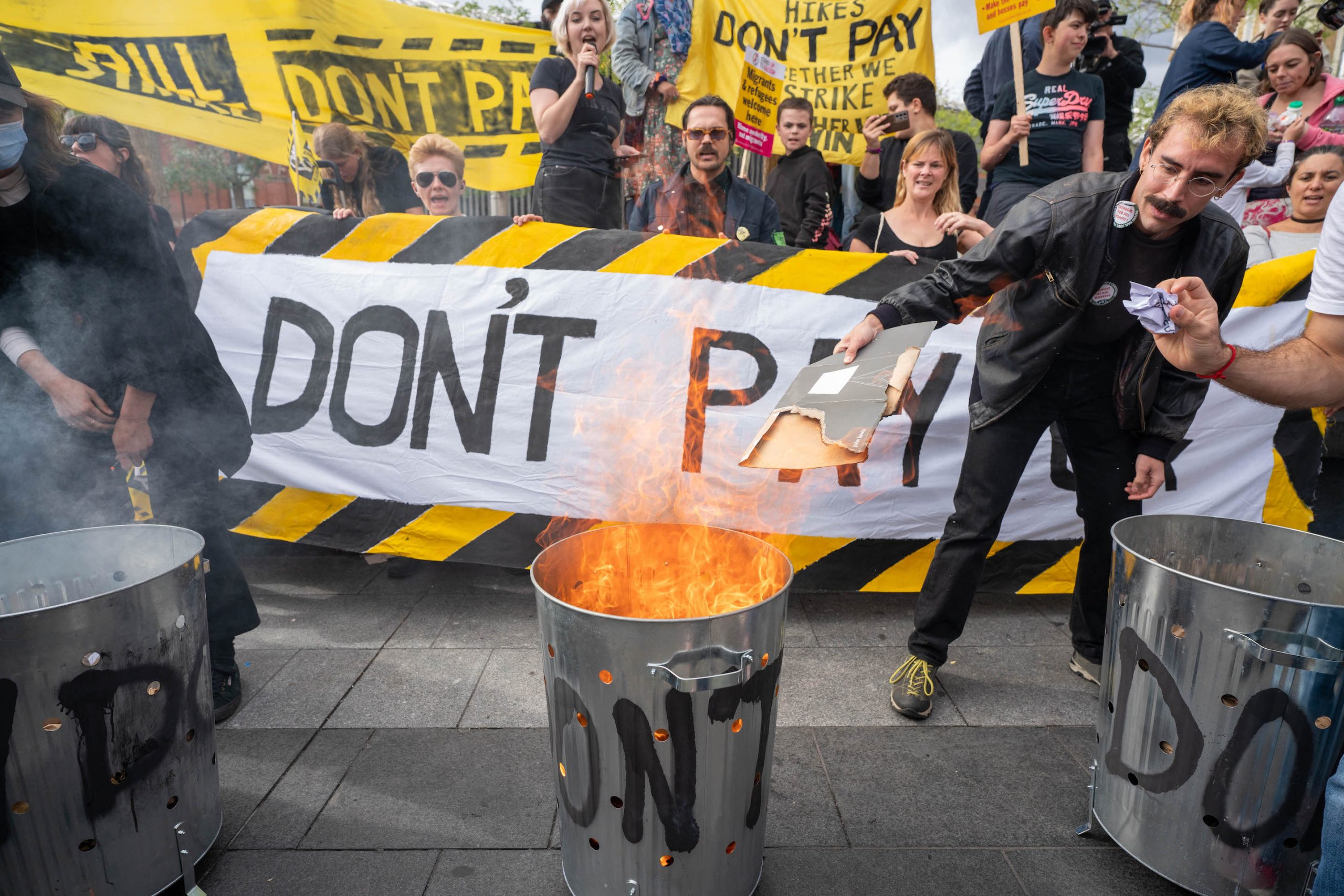 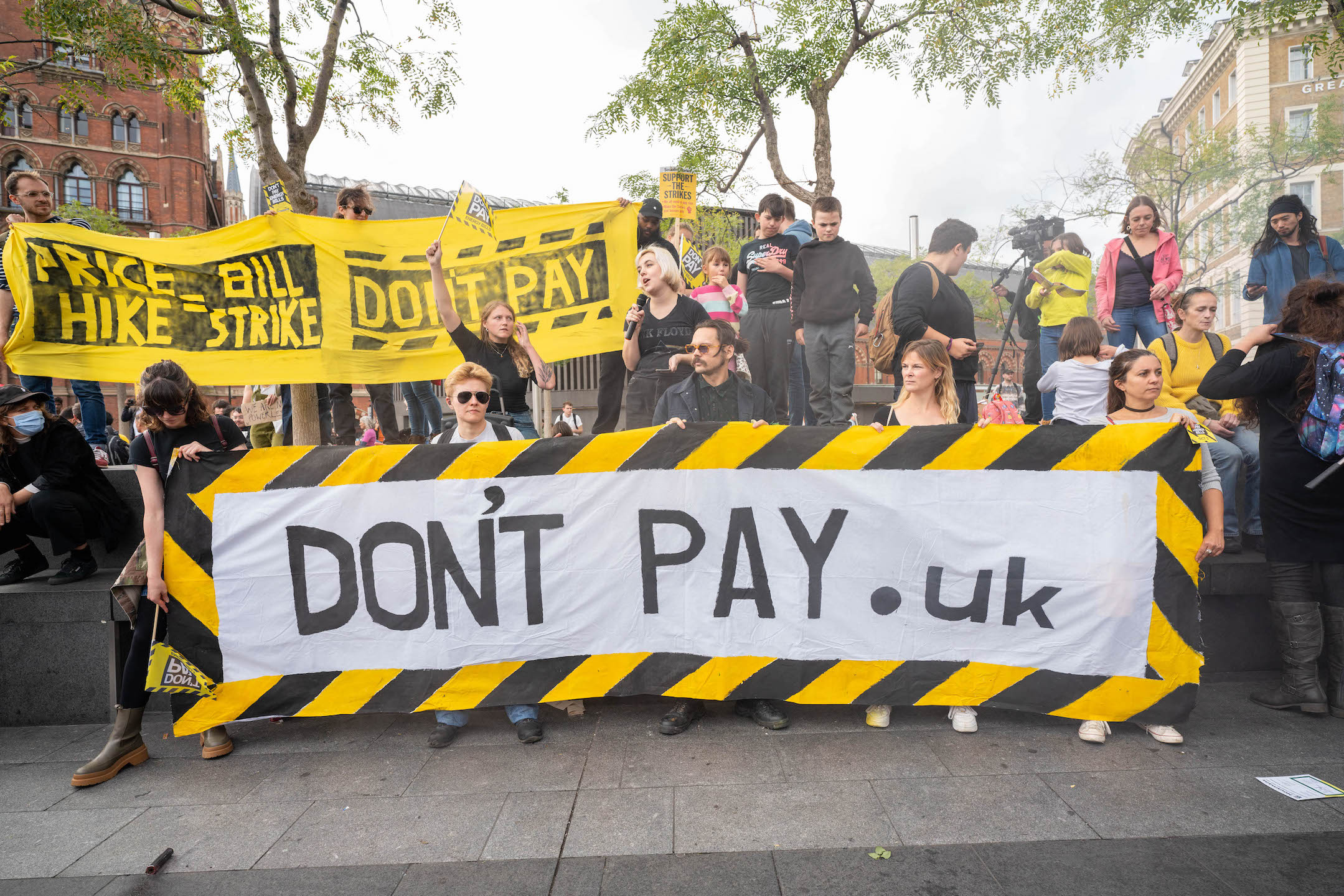 Linkedin
OTHER ARTICLES
A campaign seeking to prevent future injustices where there is state involvement is gaining momentum, with Labour recently pledging its support.
Recent research is highlighting the drug’s enormous potential for treating substance abuse.
Ireland’s national sports are modernising. At the forefront of this movement is Na Gaeil Aeracha, the country’s first ever queer GAA club.
The demonstration took place this week over plans to slash £50m from arts bodies in London.
Jack Lueders-Booth reflects on capturing the community that lived and worked along the city’s busiest railway route during the 1980s.
Alternating between colour and black-and-white, the photographer chronicled sexual liberation, economic crises and the repercussions of the war in Vietnam.