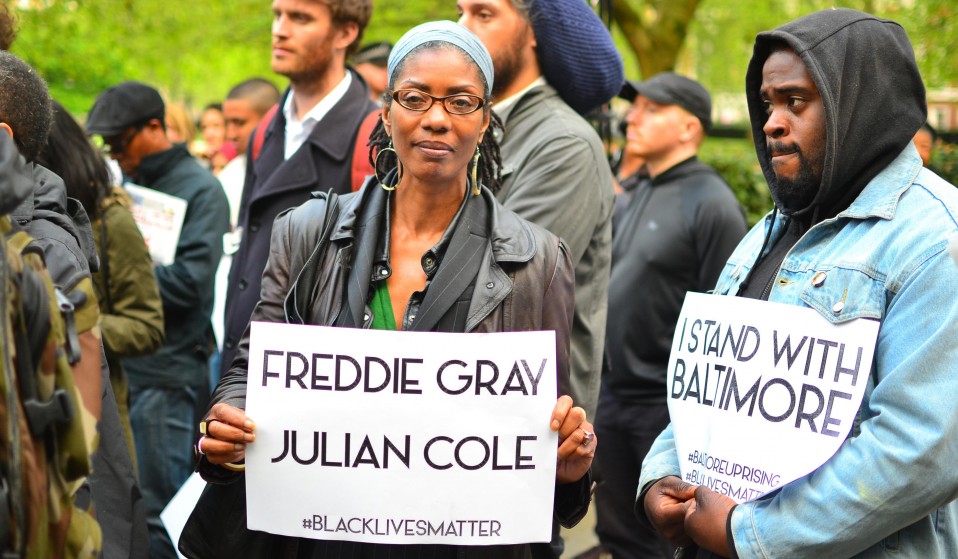 As people continue to die following contact with the police, we speak to a lawyer about the barriers facing families seeking justice.

As people continue to die following contact with the police, we speak to a lawyer about some of the barriers facing families seeking justice through the British legal system.

It’s an all too regular occurrence, a life being taken at the hands of the police. Whether on the streets of New York, or in a South London custody suite, people are dying from interactions with those enforcing the law of the land.

An alarming 1,140 people were killed by police across the United States in 2015, according to the Guardian. Just a couple of months into 2016 and the year’s figure sits at an alarming 173.

Over 1,000 people have died in police custody in England and Wales since 1990 reports INQUEST, a UK based charity. There have been no successful convictions of officers in Britain.

Activists around the globe are organising tackle this crisis: shutting down highways, interrupting U.S. presidential hopefuls, and calling on governments to hold law enforcement to account. At the end of 2015 Huck caught up with #BlackLivesMatter campaigners from both sides of the Atlantic, building bridges across the pond to unite their international struggle.

Just months ago we spoke to Marci Rigg, whose brother Sean died in police custody in 2008. She’s been seeking answers ever since. “Sean was arrested and restrained by four officers,” Marci recalled. “He died at the hands of Brixton police officers.”

“My family and I have been campaigning tirelessly since then, to find out exactly why and how Sean died, and to have justice and accountability.” 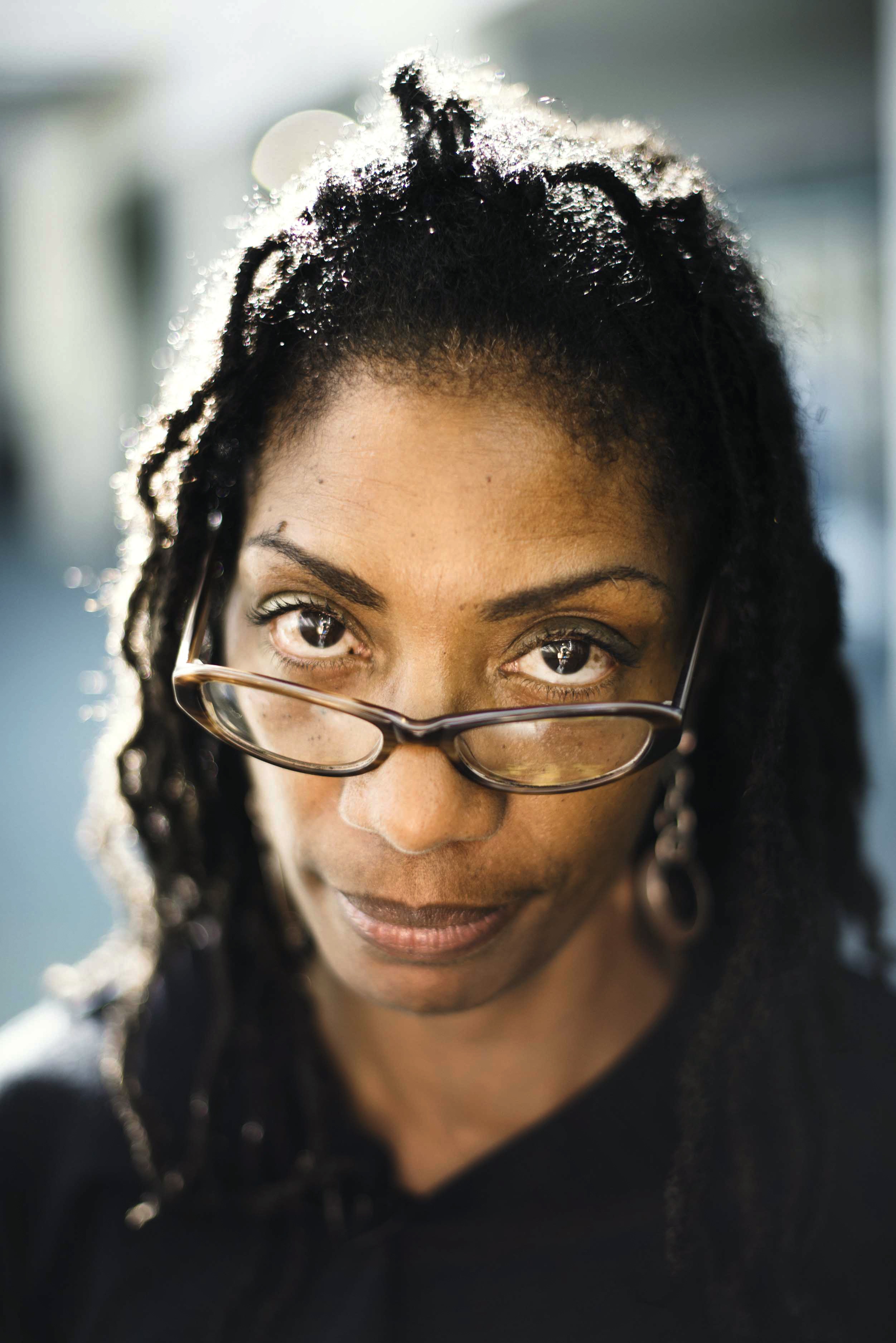 Nearly eight years on, and finally the Crown Prosecution Service has announced it will consider bringing criminal charges against five police officers over his death.

There’s still a long and painful journey ahead for Marci part of the seemingly insurmountable struggle to hold officers to account in British courts.

To understand the obstacles facing those seeking justice, we caught up with Sophie Naftalin, a solicitor at Bhatt Murphy in London, who specialises in actions against the police.

Once news breaks that someone has died following contact with the police, the Independent Police Complaints Commission (IPCC) are called in, tasked with overseeing an investigation.

“It can be frustrating for families, as the standard of investigation can be extremely variable,” suggests Naftalin. “We’ve had clients who have found out at the end of an investigation that officers involved weren’t even interviewed by the investigator about the circumstance of the death.”

A parliamentary inquiry set up in the wake of Ian Tomlinson’s death concluded that “it has neither the powers nor the resources that it needs to get to the truth when the integrity of the police is in doubt.”

In 2013, of the nine most senior investigators working within the IPCC, eight were ex-police officers. Ex-officers may well come with expertise, but also a mindset developed for years inside the force, the mindset of a police officer.

Evidence kept out of reach

Throughout the long and often drawn out process of these initial investigations, bereaved family members often have no access to the evidence; documents, statements, CCTV footage and more remain hidden from view.

“Often the final IPCC report is the first real insight that the family will have had into the events that led to their loved one’s death. “It can be very difficult for families to be forced to rely on the IPCC’s take on the evidence without having had sight of it themselves”, explains Naftalin. This means it can be years until those representing the bereaved family are able to see details of the case, and with the competence of the IPCC already having been called into question, there’s little scope for much needed scrutiny.

The cost of justice

Once the IPCC has completed its investigation an inquest can finally take place. It’s only at this stage – often years later – that the family can access the evidence. Inquests can be long and complex proceedings, often requiring weeks of preparation and just as long to be fought.

While legal aid is in principle available, public funding cuts in recent years have meant that many are no longer are entitled.  If a family has a reasonable level of income, they may well be denied legal representation, or be required to make a contribution which is beyond their means.

In contrast, chief constables, health authorities and other public officials will all have the benefit of their own publicly funded lawyers, a right apparently not extended to family members desperately seeking answers.

An inequality of arms

Whether or not a family is able to instruct their own legal team, they’ll be confronted by an army of legal teams up against them. “Often there will be a large number of interested parties in an inquest, each of whom may have their own well-resourced legal team” says Naftalin.

“Many of the rights that families have today within the inquest process are thanks to battles fought by other families in the past” says Naftalin. “Families are often simply seeking answers into how their loved ones passed away and want those responsible held to account. While the inquest process may provide some answers, families are often confronted with a defensive culture within the police that seeks to justify the actions of officers. There is no doubt that the police disciplinary system needs substantial reform.”

After Michael Brown was shot by officers in Ferguson, the The New York Times felt compelled to publish a story that reminded us what this young, unarmed man was really like. The teenager “was no angel”, they pertinently told us, and he was a “handful” as a kid. He had trouble at school, “dabbled with drugs and alcohol” and “had taken to rapping” lyrics that were sometimes “vulgar”. His character, it seemed, was on trial.

Mark Duggan was shot dead by the Metropolitan Police in August 2011. In the immediate aftermath of his shooting, a much-reprinted picture of Mark surfaced. He looked angry. The image was used to suggest Mark was a violent gangster, a line peddled by the police.

Weeks later, the uncropped image came to light; he was holding a memorial plaque for his stillborn child. Long before cases like Mike Brown’s and Mark Duggan’s reach court, the public is asked to make up their minds. The attempted legitimation of a killing? One can’t help but think.