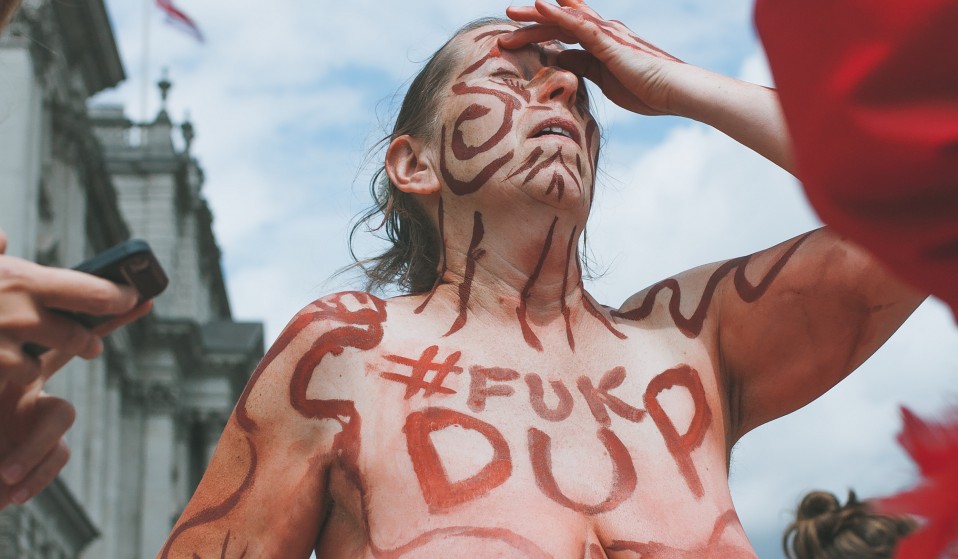 Protesters gathered in Parliament Square last weekend to oppose the Conservative-DUP coalition, chanting for the rights of women, LGBTQ people and those whose lives were lost in Grenfell.

Protesters gathered in Parliament Square last weekend to oppose the Conservative-DUP coalition, chanting for the rights of women, LGBTQ people and those whose lives were lost in Grenfell.

On Saturday, as the clock struck 12 in Parliament Square, hundreds of demonstrators clad in red gathered to make their voices heard against Prime Minister Theresa May’s planned deal with the Democratic Unionist Party (DUP) – the Northern Ireland party that opposes abortion and gay marriage – which has been signed this Monday morning.

The deal, which includes a £1.5 billion funding package for Northern Ireland, will see the 10 DUP MP’s backing May in key decisions, such as those relating to Brexit negotiations and security concerns. This new union between the parties was discussed after May failed to secure a majority in the last general election, meaning the Conservatives would be unable to pass legislation without support.

The DUP is known for being extremely right-wing, with its representatives repeatedly making homophobic remarks and being strongly against Northern Irish women’s right to choice and access to safe abortions. 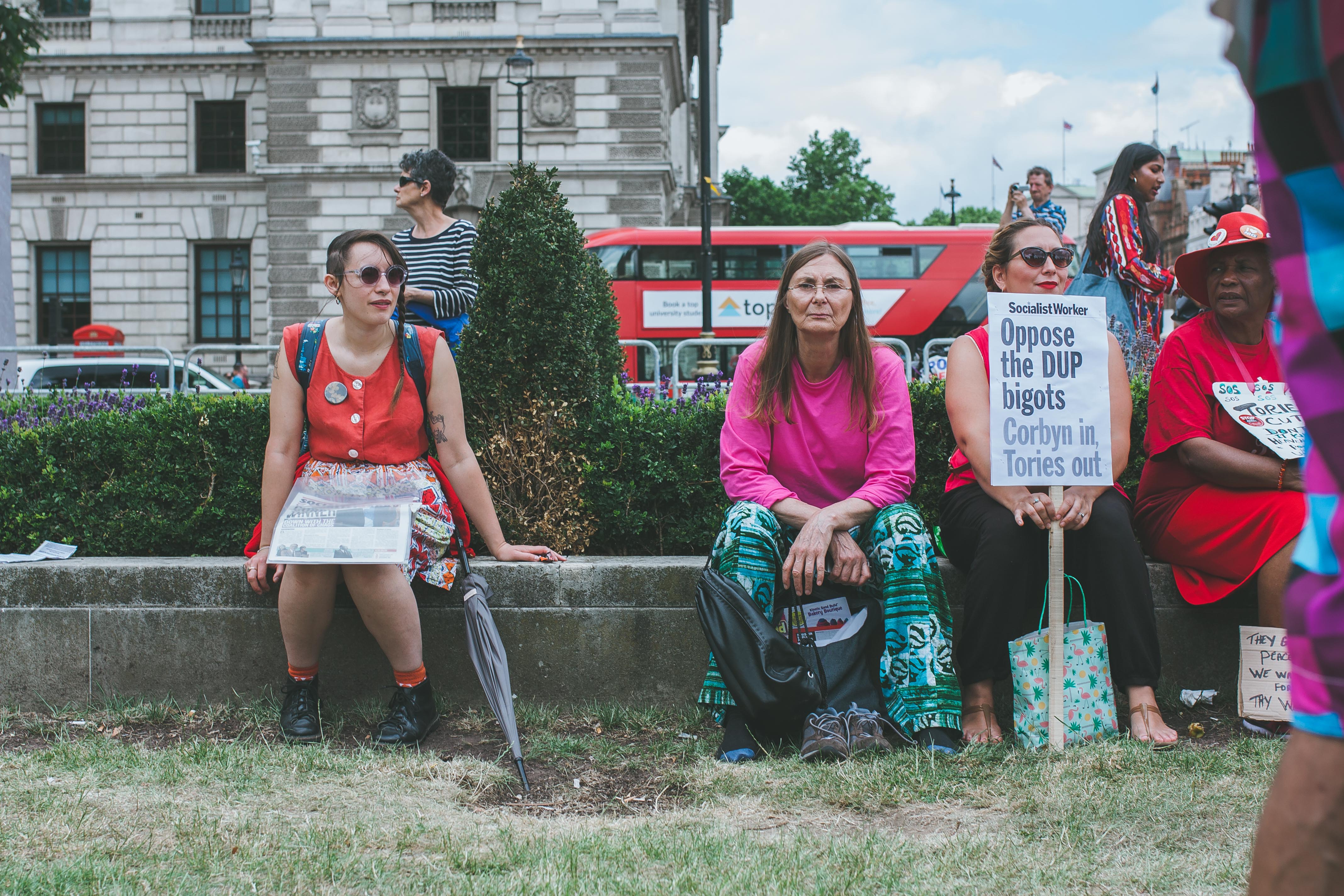 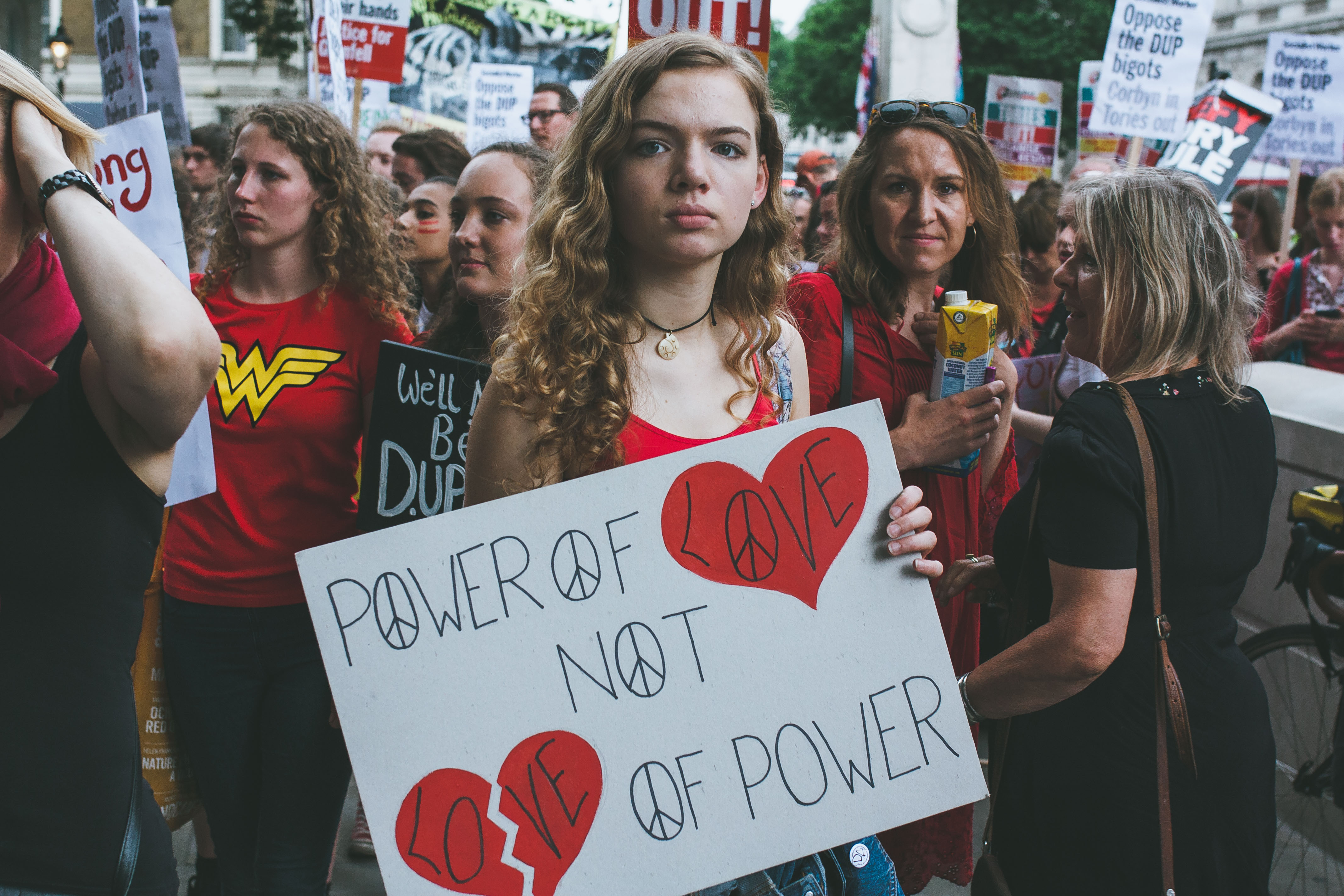 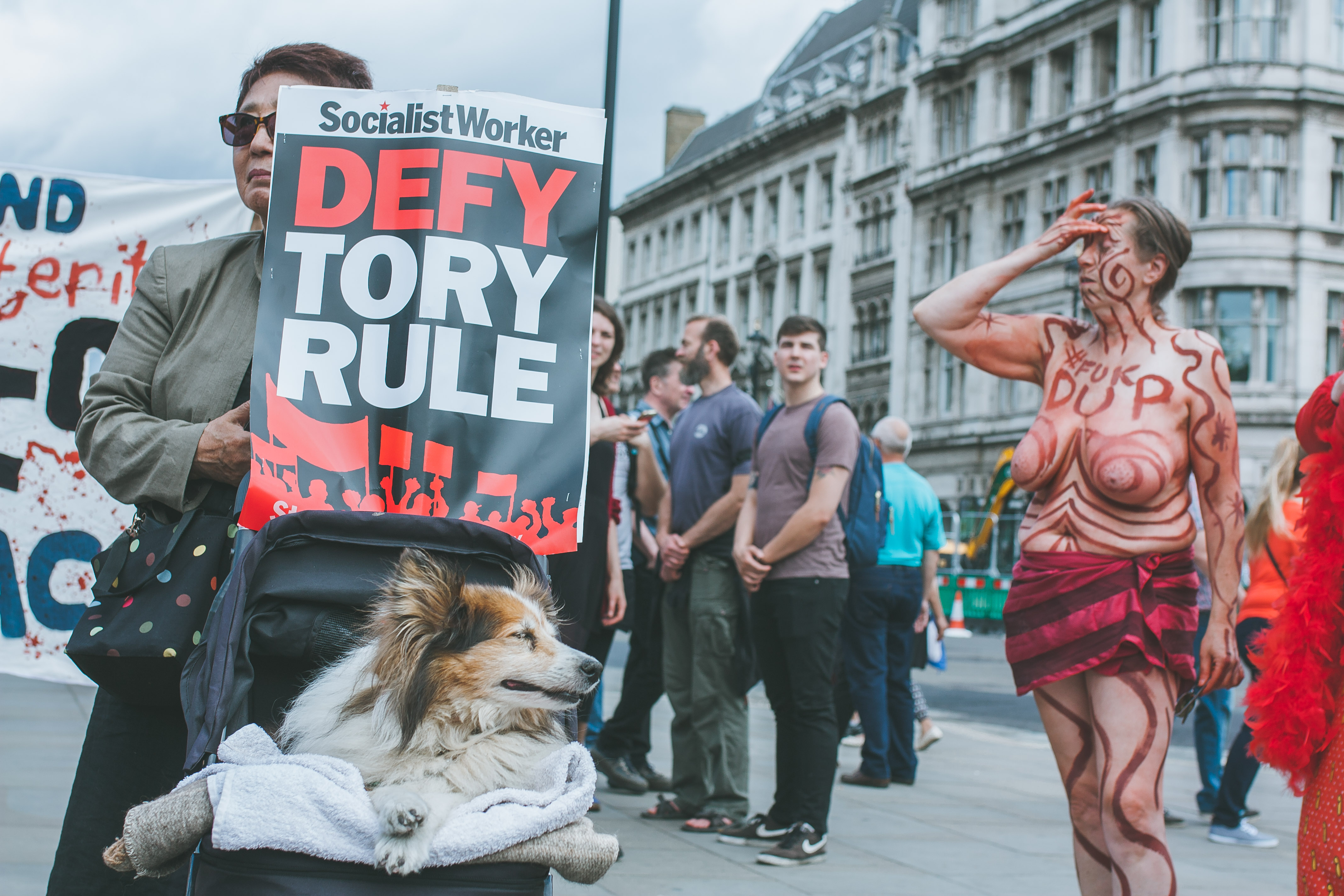 “We are marching in support of the right to access abortion in NI [Northern Ireland] and against a Tory working agreement with no democratic mandate with a political group known to promote policy which restricts the rights of women and LGBT people and is known for links to far right politics.” Read the description of the Facebook event. 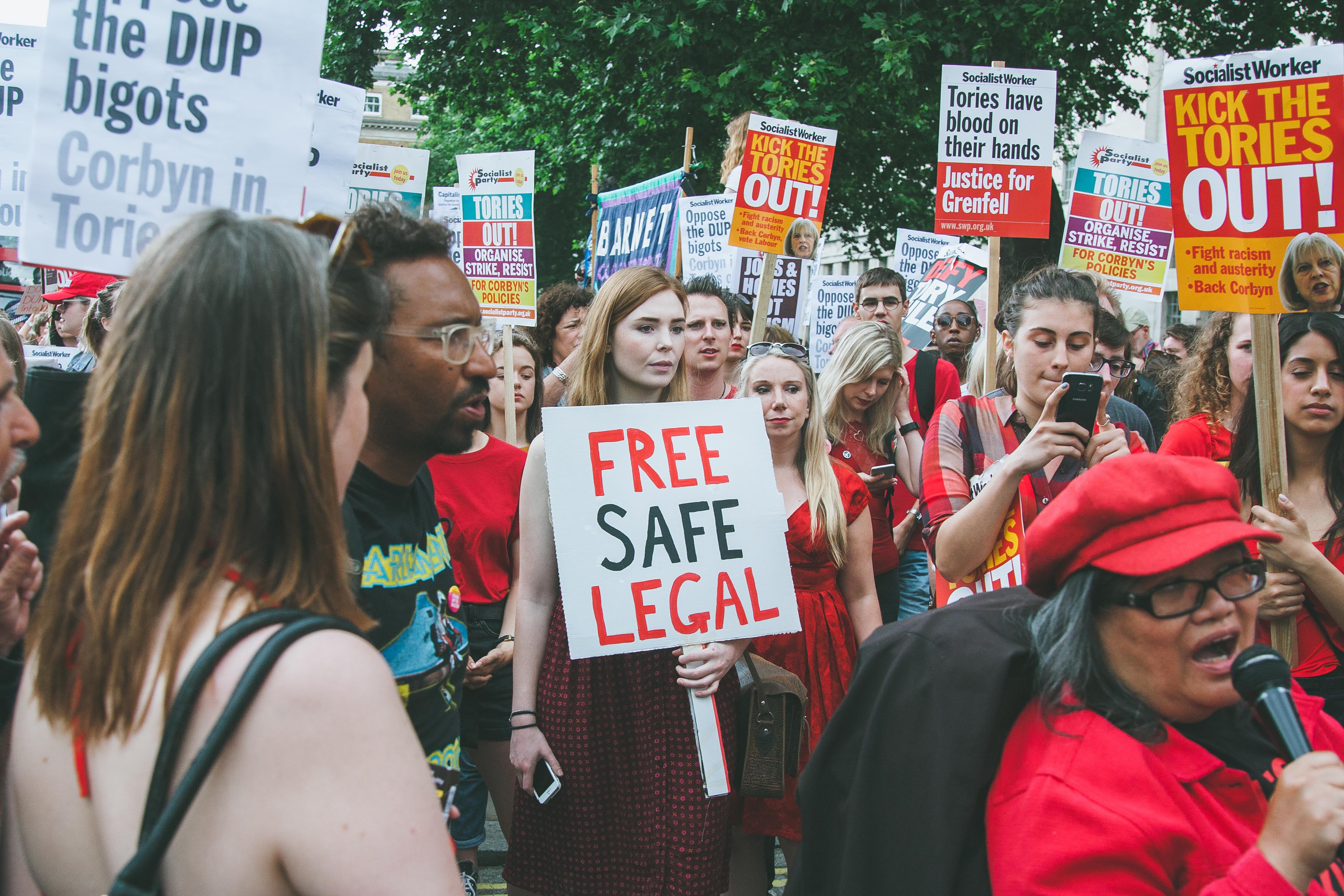 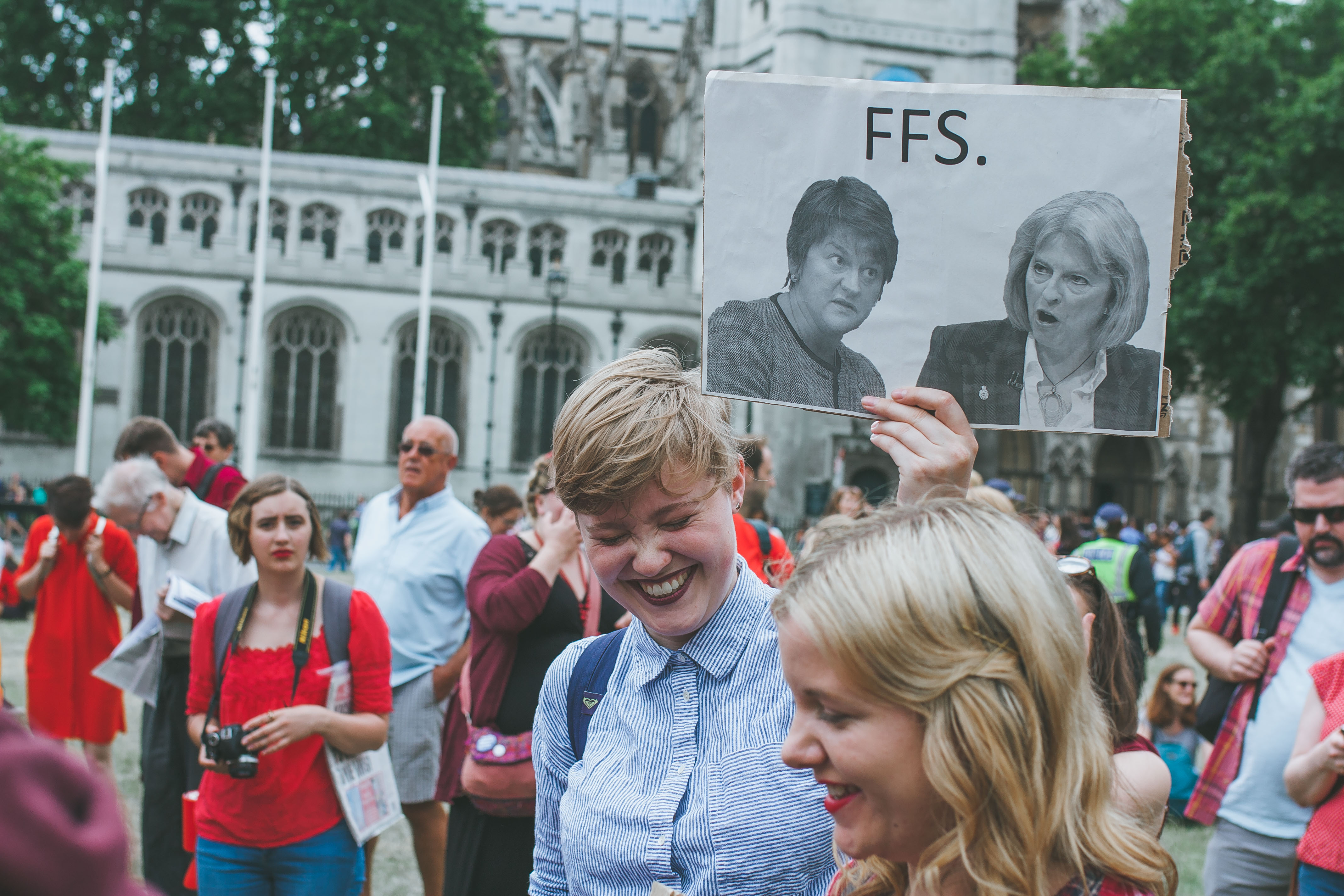 Although the protest was originally called as a march against the then-unsigned deal, taking into consideration the Northern Irish party’s regressive policies towards women and LGBTQ people, the resulting gathering was much more a microcosm representation of the strong feelings of anger and disbelief that have been latent all over the UK ever since the results of the election were announced.

Between the hundreds of protesters, there were chants and placards demanding justice not only for the Northern Irish women without access to safe abortions and choice, but also for the residents of Grenfell and the rights of LGBTQ people. As protesters occupied the streets, surrounded by police, they chanted: “Racist, sexist, anti-gay, no DUP, no way.” 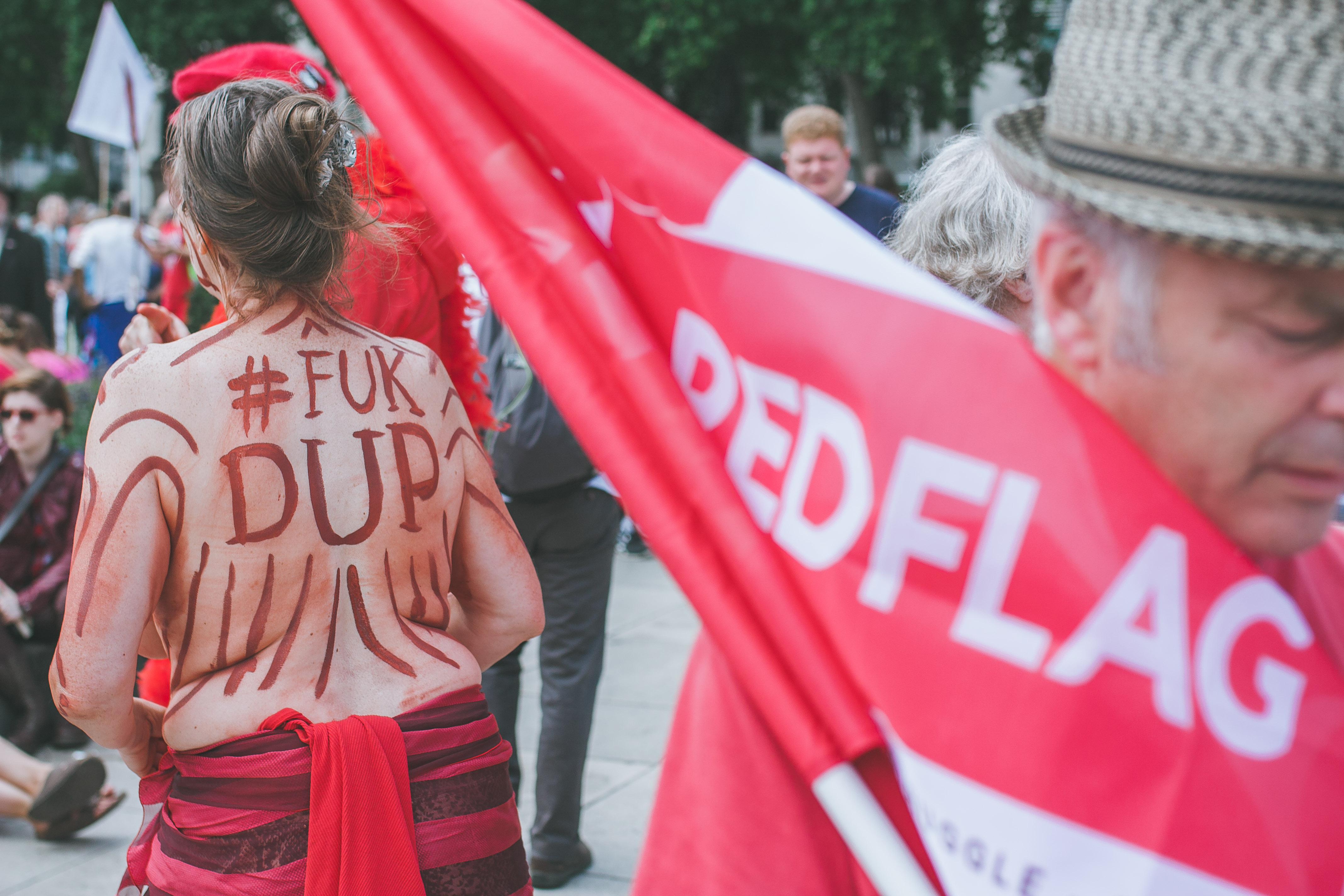 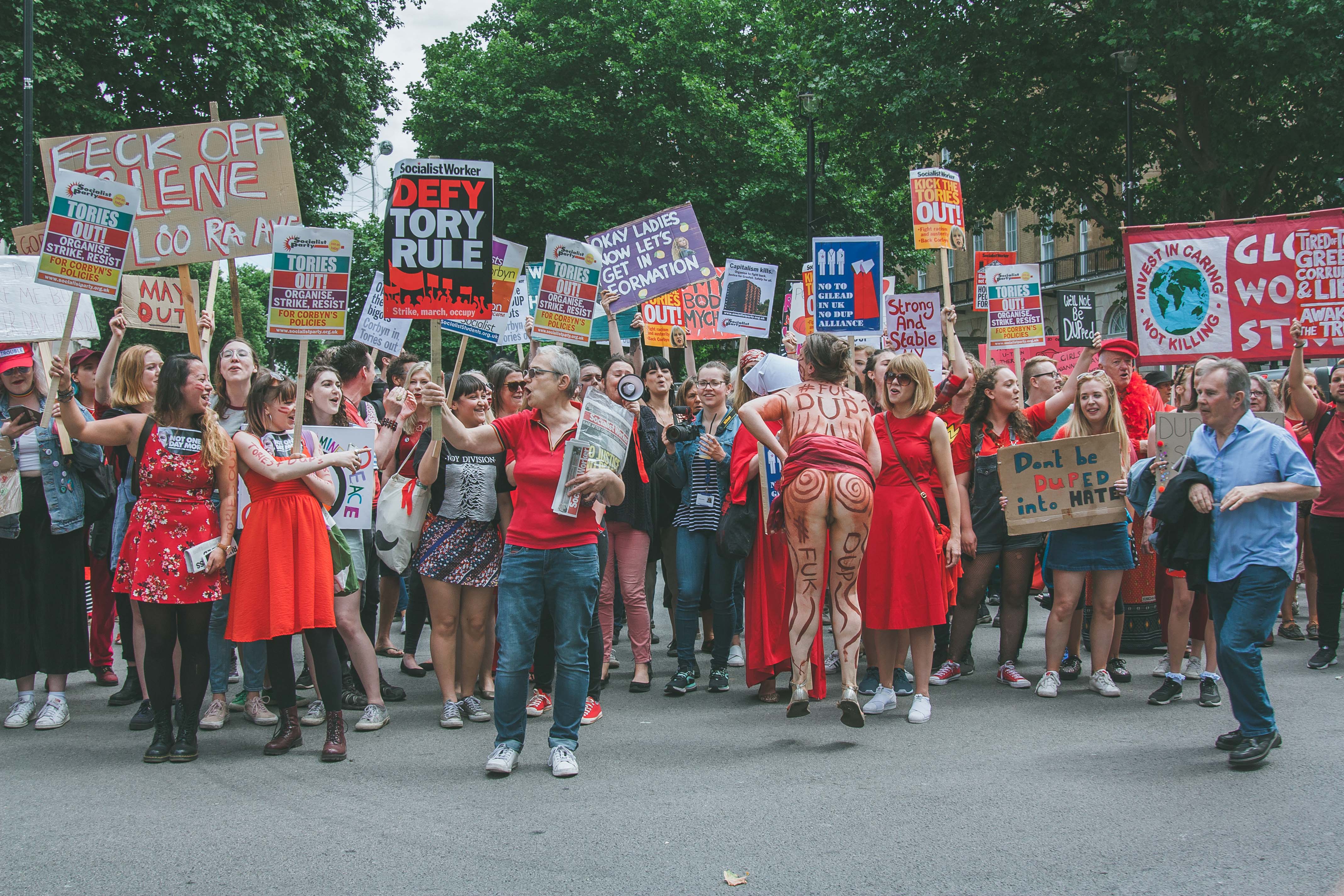 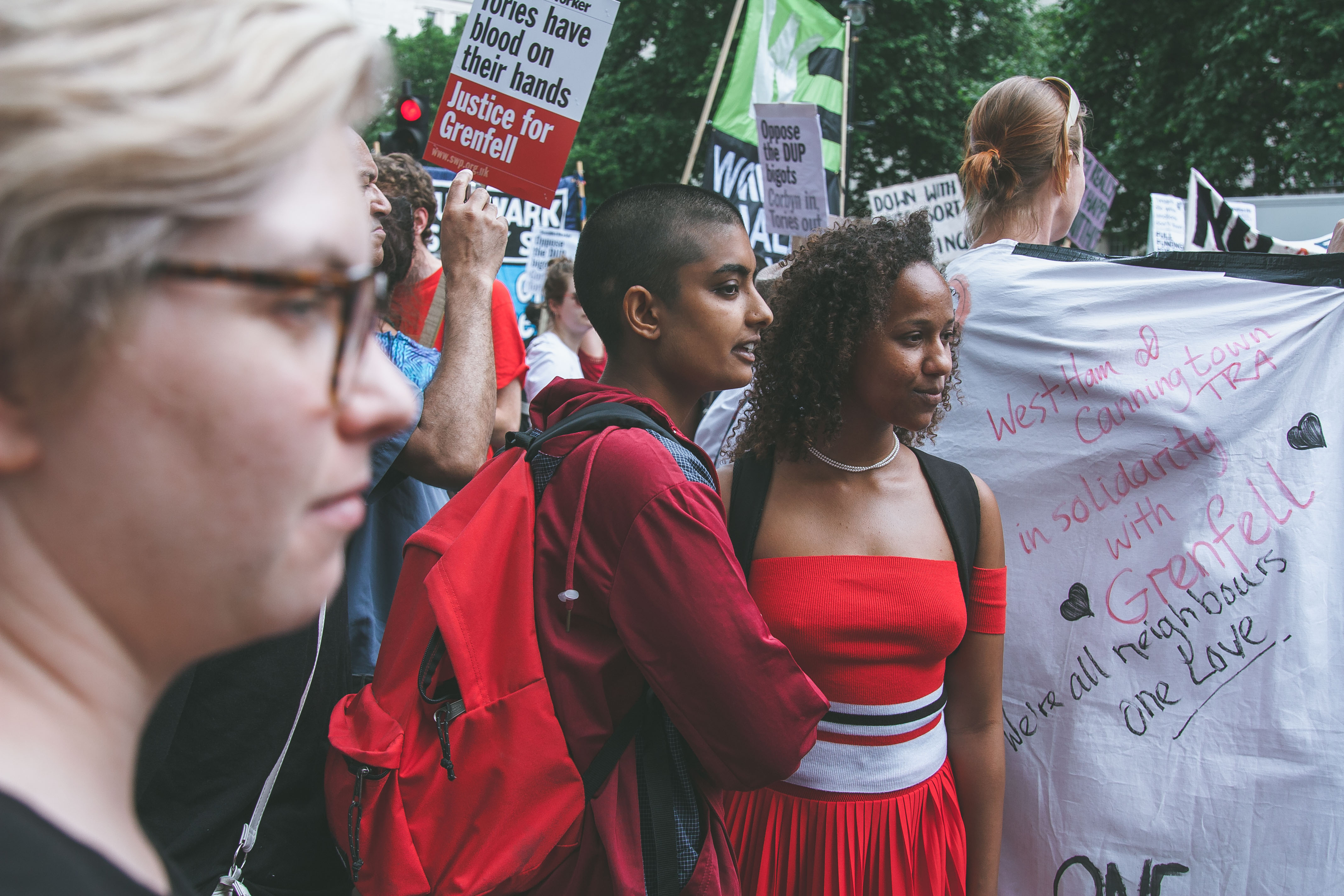 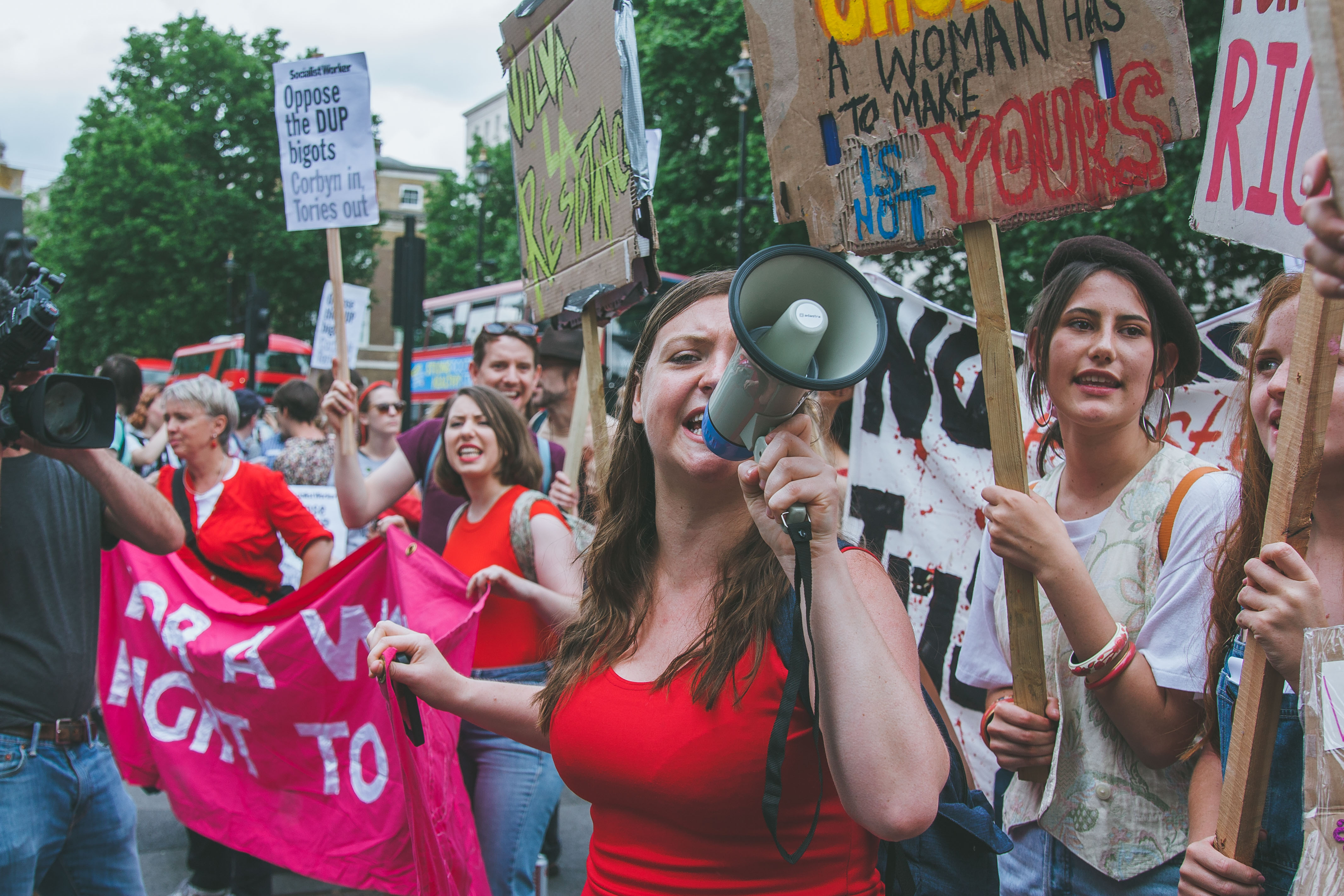 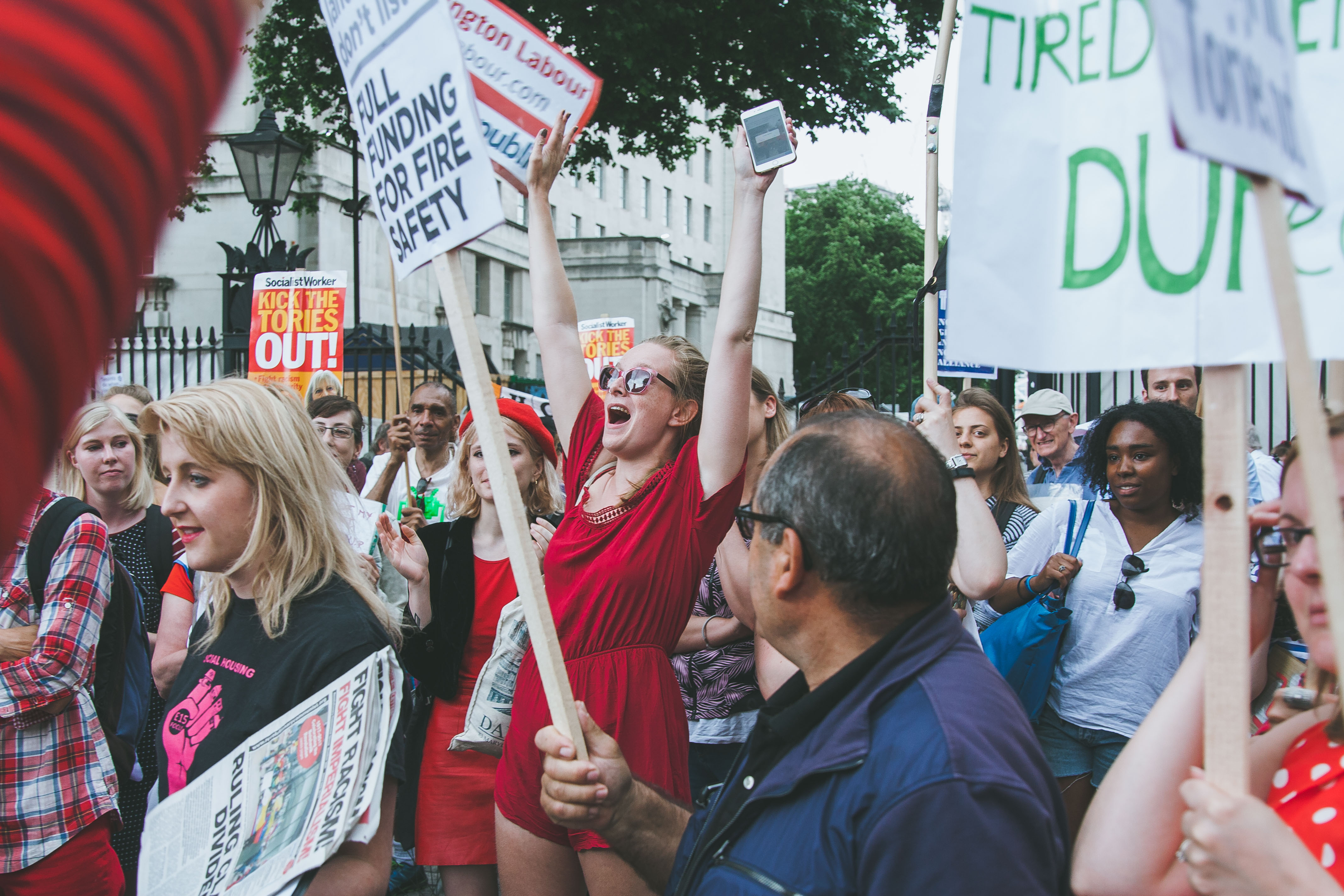 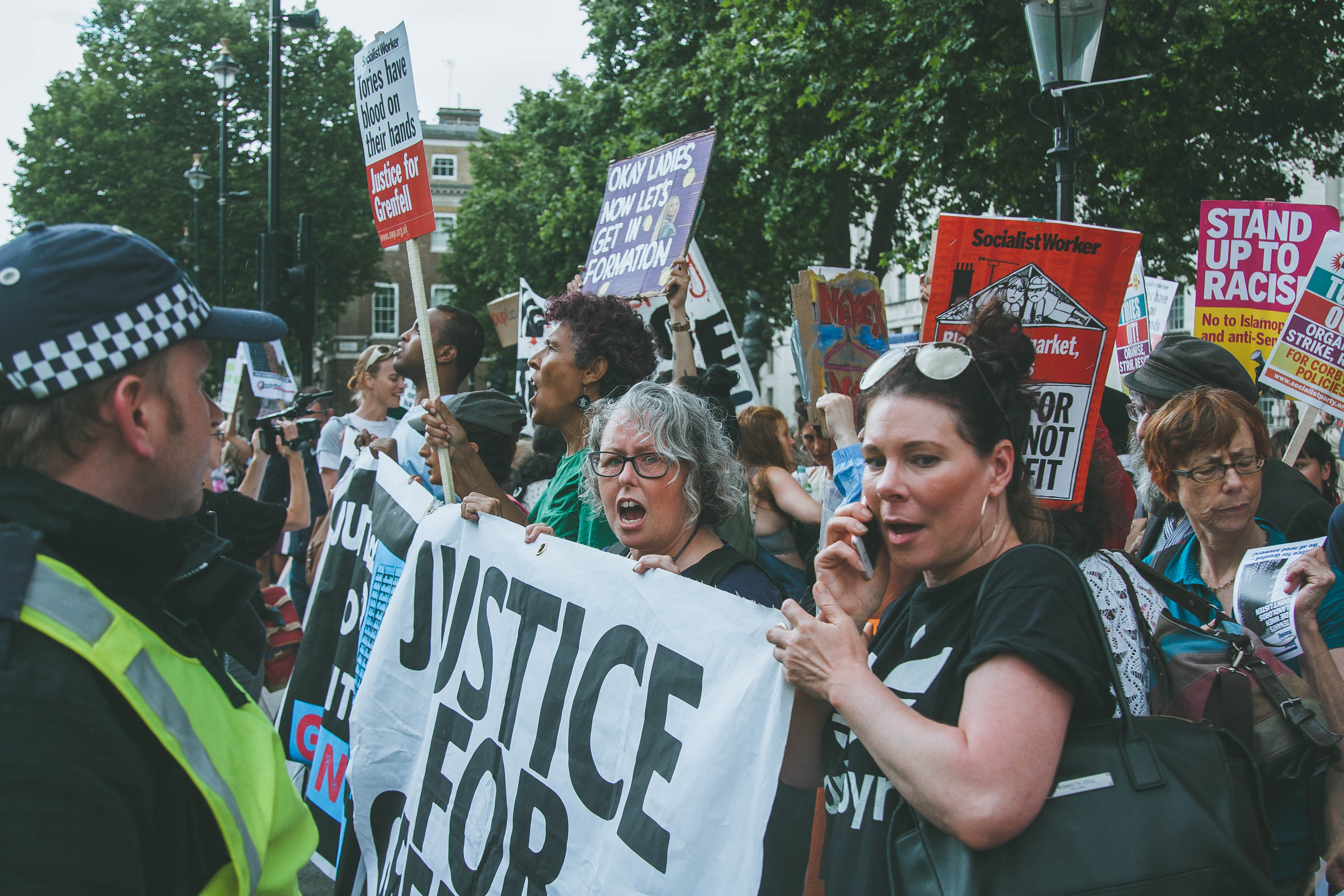 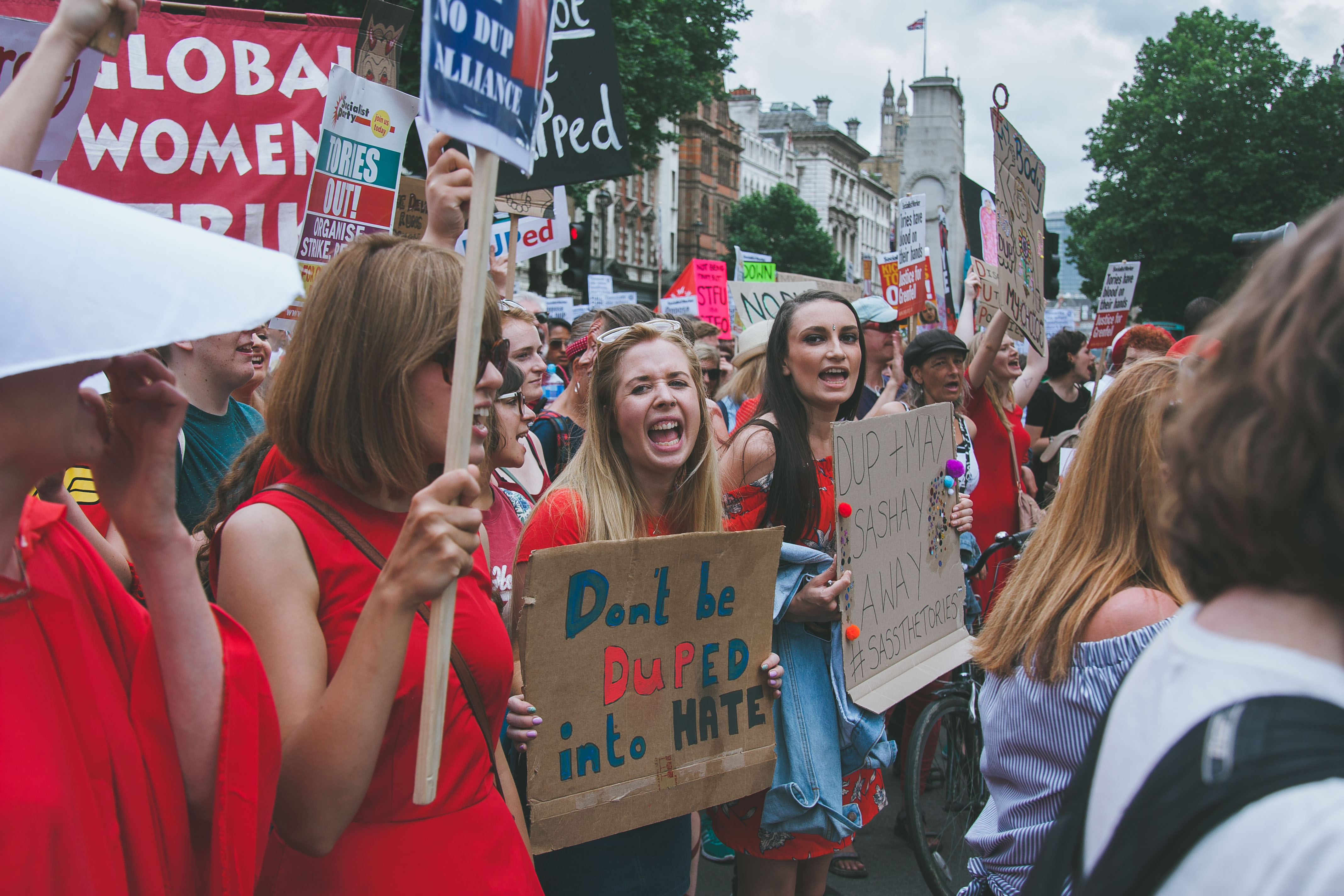 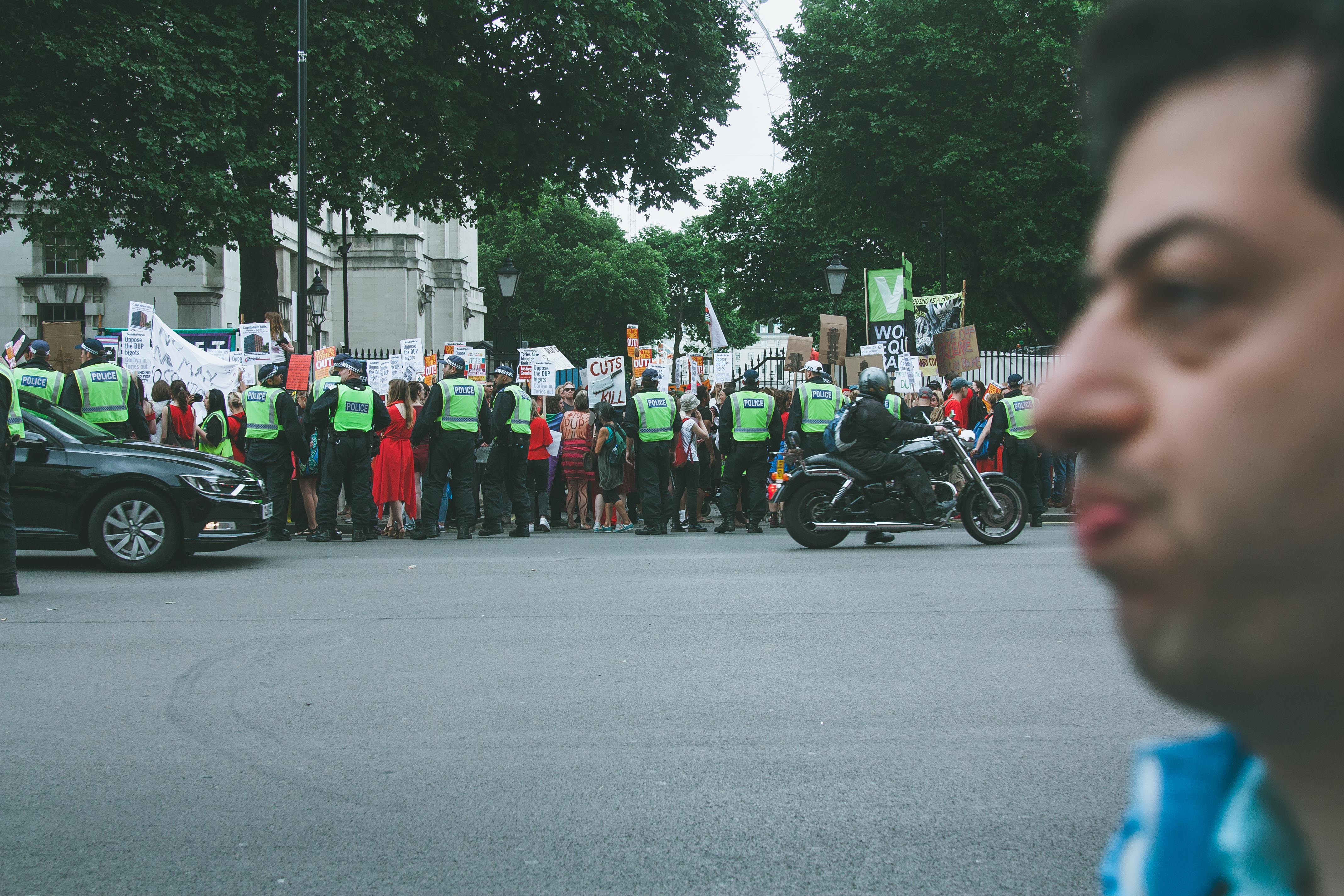 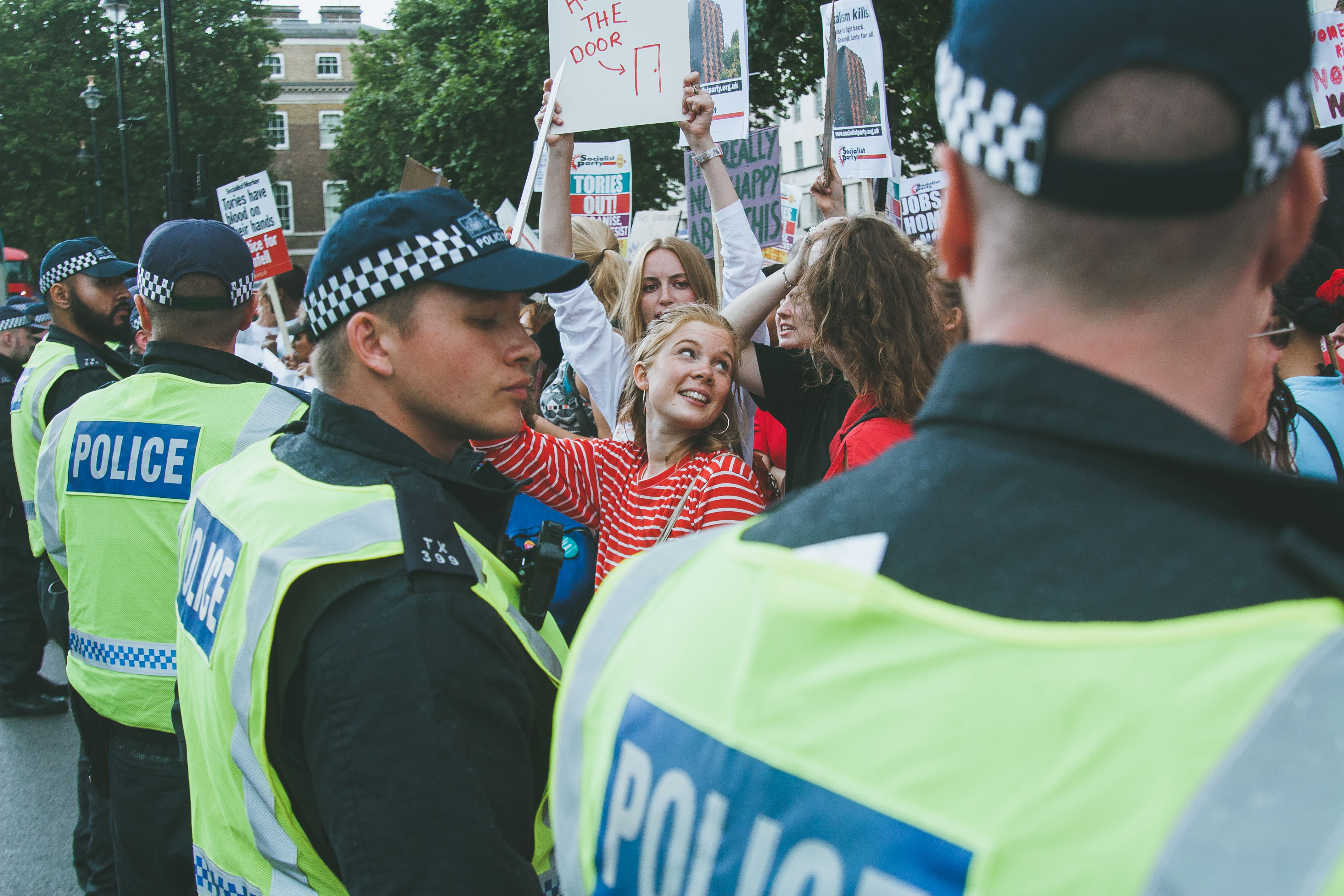 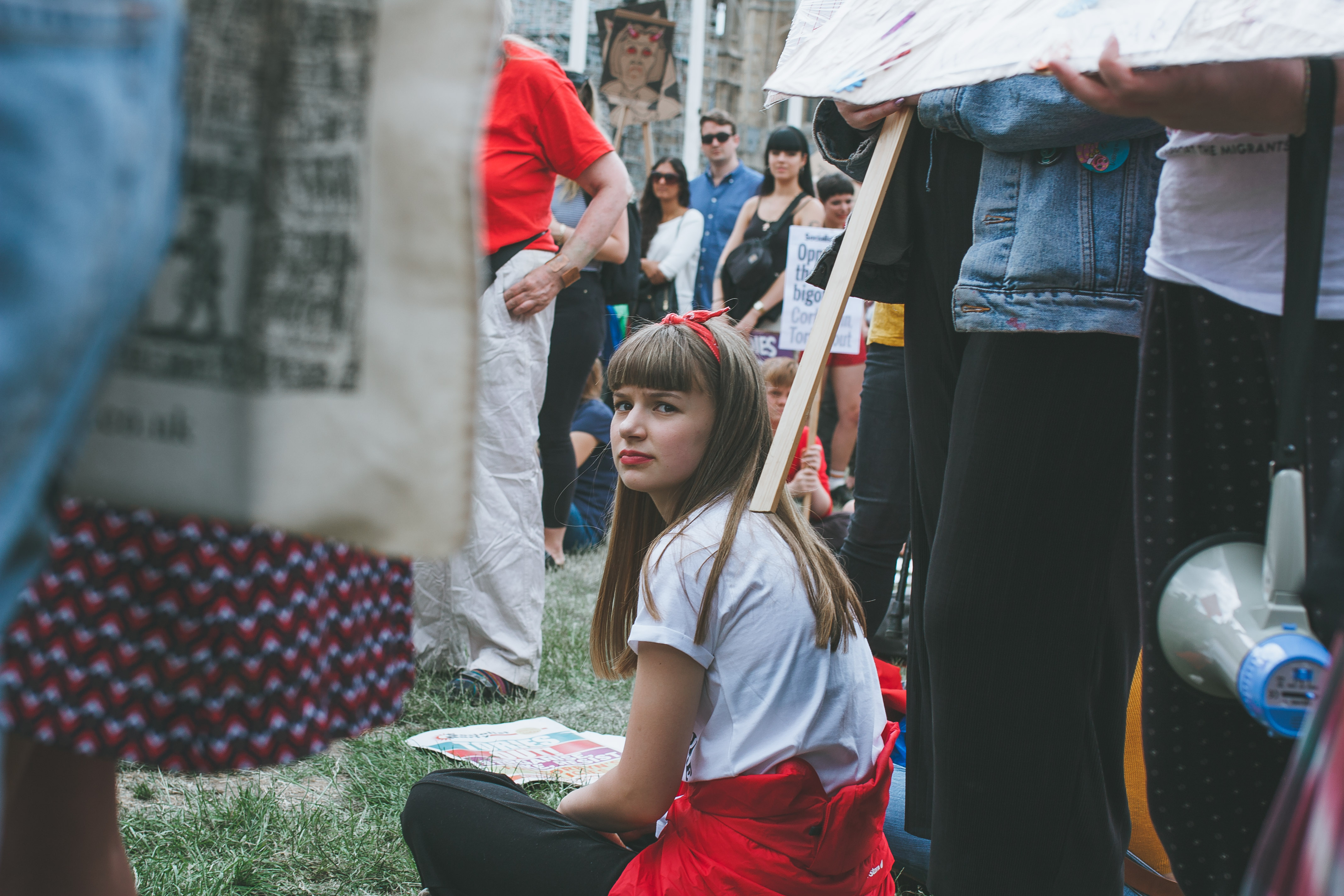 Linkedin
RELATED ARTICLES
OTHER ARTICLES
With a new bill seeking to further criminalise asylum seekers, the work of a group of volunteers monitoring small boats in the English Channel is all the more vital.
The Philadelphia local has made a name for himself capturing the hardcore scene – and over more recent years, he’s been ramping up his coverage of the fight for social justice.
The musician, DJ and founder of Monika Enterprise reflects on a career defined by revolution and rule-breaking.
Leading art critic Robert Storr reflects on the photographers – from Seydou Keïta, to Malick Sidibé, to Carrie Mae Weems – who helped to transform and redefine the medium.
The rapper talks injecting humour and fun into his sound and challenging drill stereotypes.
Mike Smith’s intimate photos offer a detailed record of the inhabitants of Boston’s streets in his characteristic non-judgmental yet direct approach.