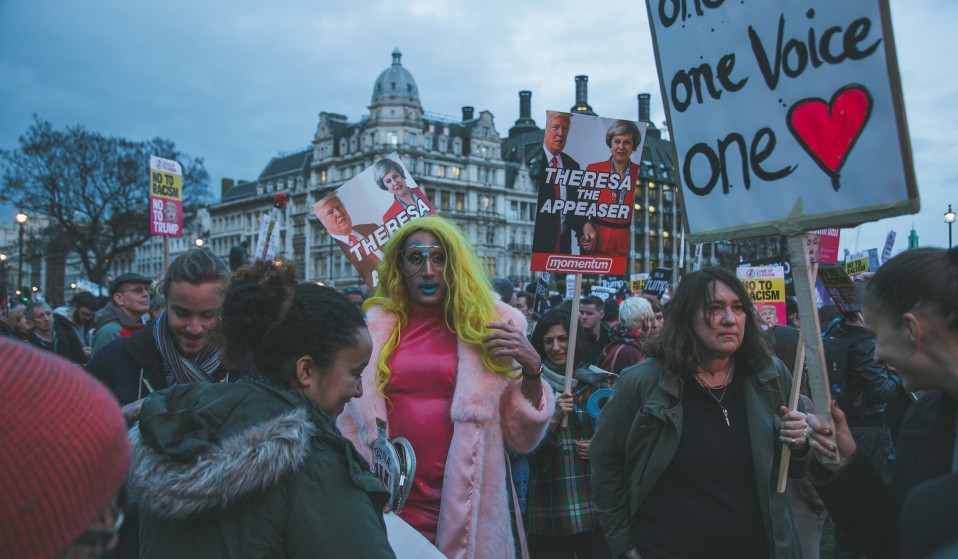 With Bigot-in-Chief Trump still looking set to be treated to a royal welcome to the UK, protests erupted inside and outside Parliament last night.

With Bigot-in-Chief Donald Trump still looking set to be treated to a royal welcome to the United Kingdom, protests erupted inside and outside Parliament last night.

As MPs in London debated whether Donald Trump should be afforded a state visit to the United Kingdom in Parliament yesterday afternoon, thousands of protestors gathered outside in Parliament Square to once again say no to his bigotry, and demand his invitation as a guest of honour the Britain be revoked. 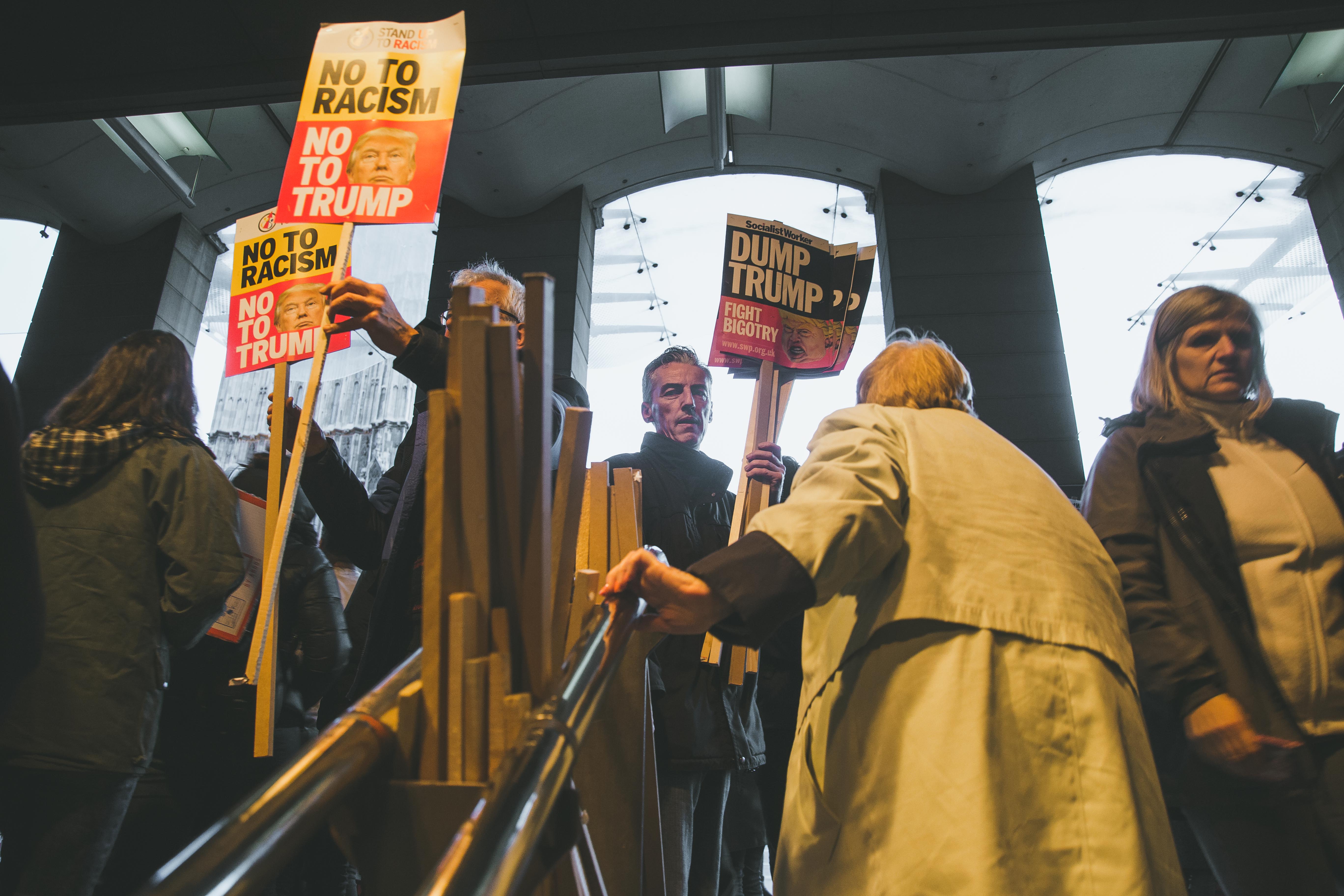 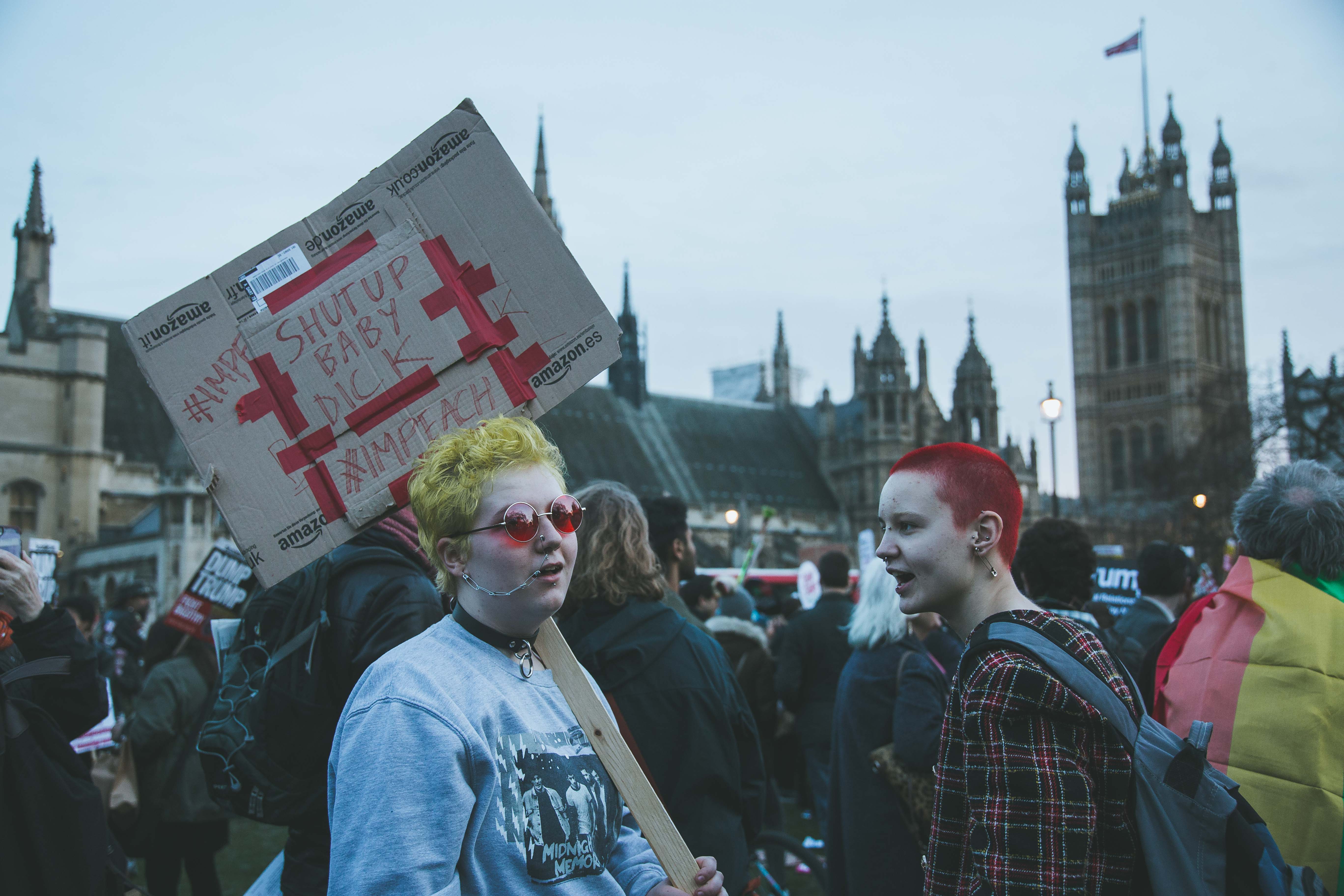 Just a matter of weeks ago tens of thousands of people brought the capital to a standstill, gathering on Prime Minister Theresa May’s Downing Street home with the very same message, and last night the momentum continued. Some, May included, may well have hoped that time would temper public opinion, but as his presidency continues in all its racist, bigoted shame, so too is the grassroots resistance against him on both sides of the Atlantic. 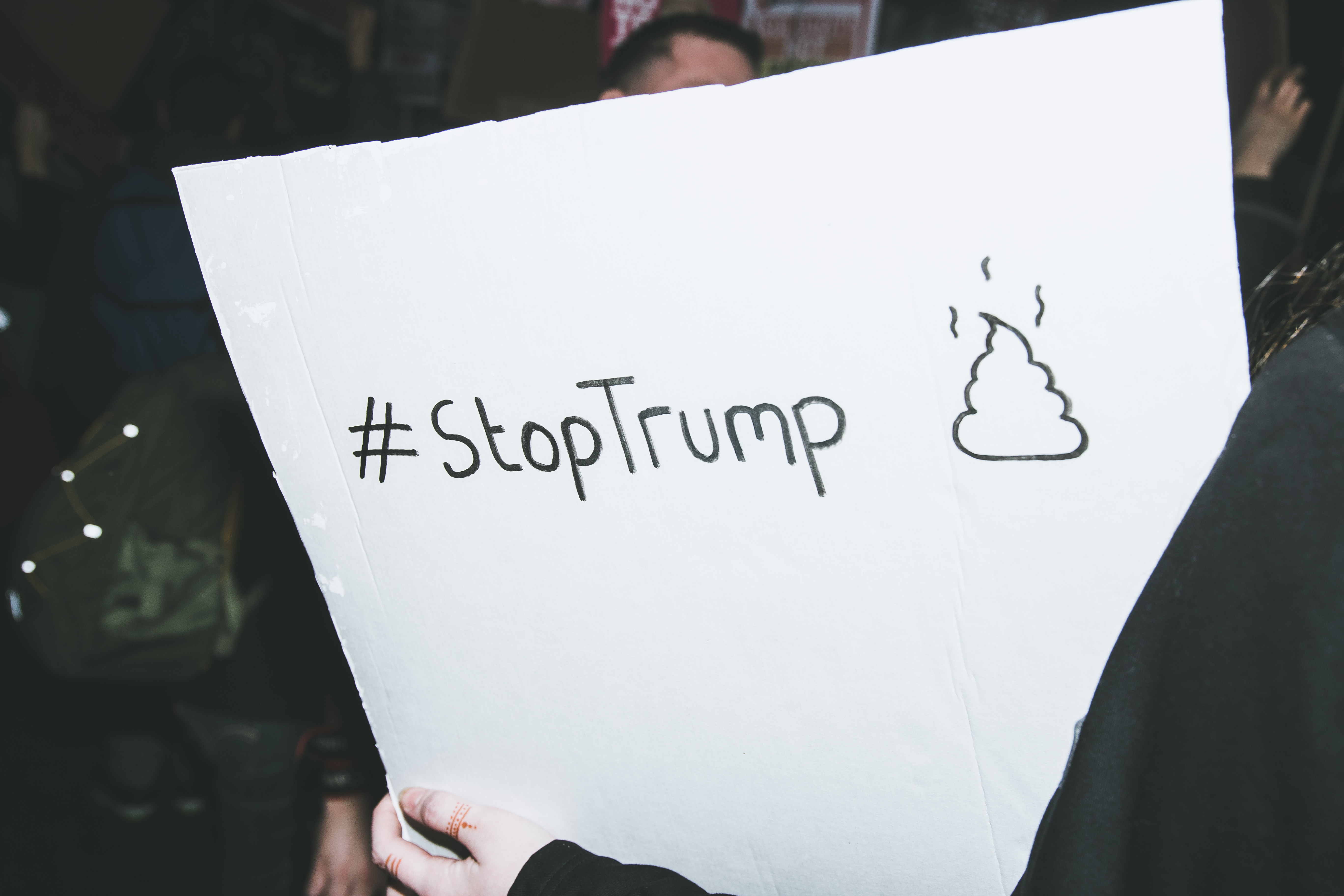 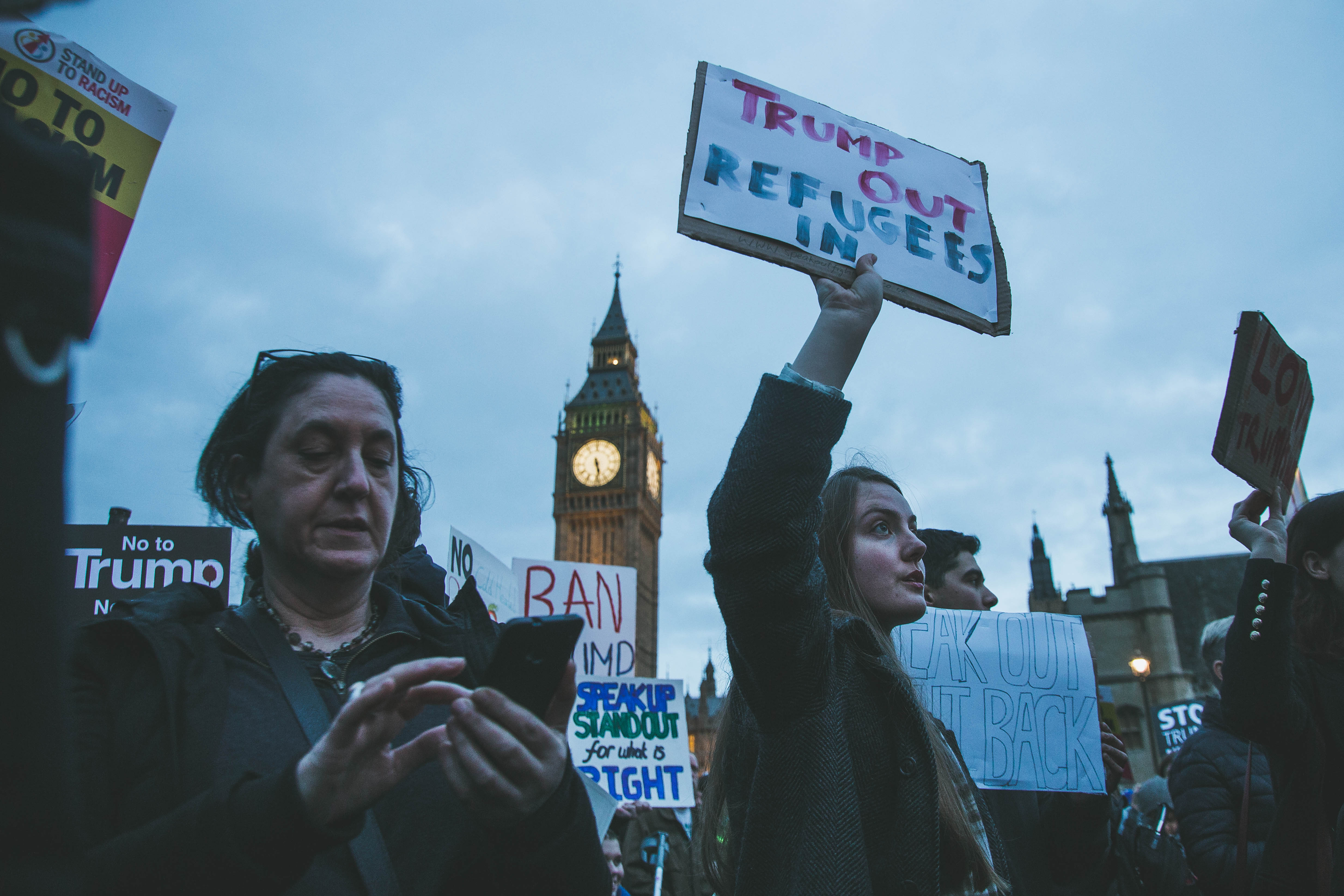 Organised by the Stop Trump Coalition and campaign group One Day Without Us, performances, speeches and chants went on late into the evening, and plans are in place to ensure the pressure continues to grow. 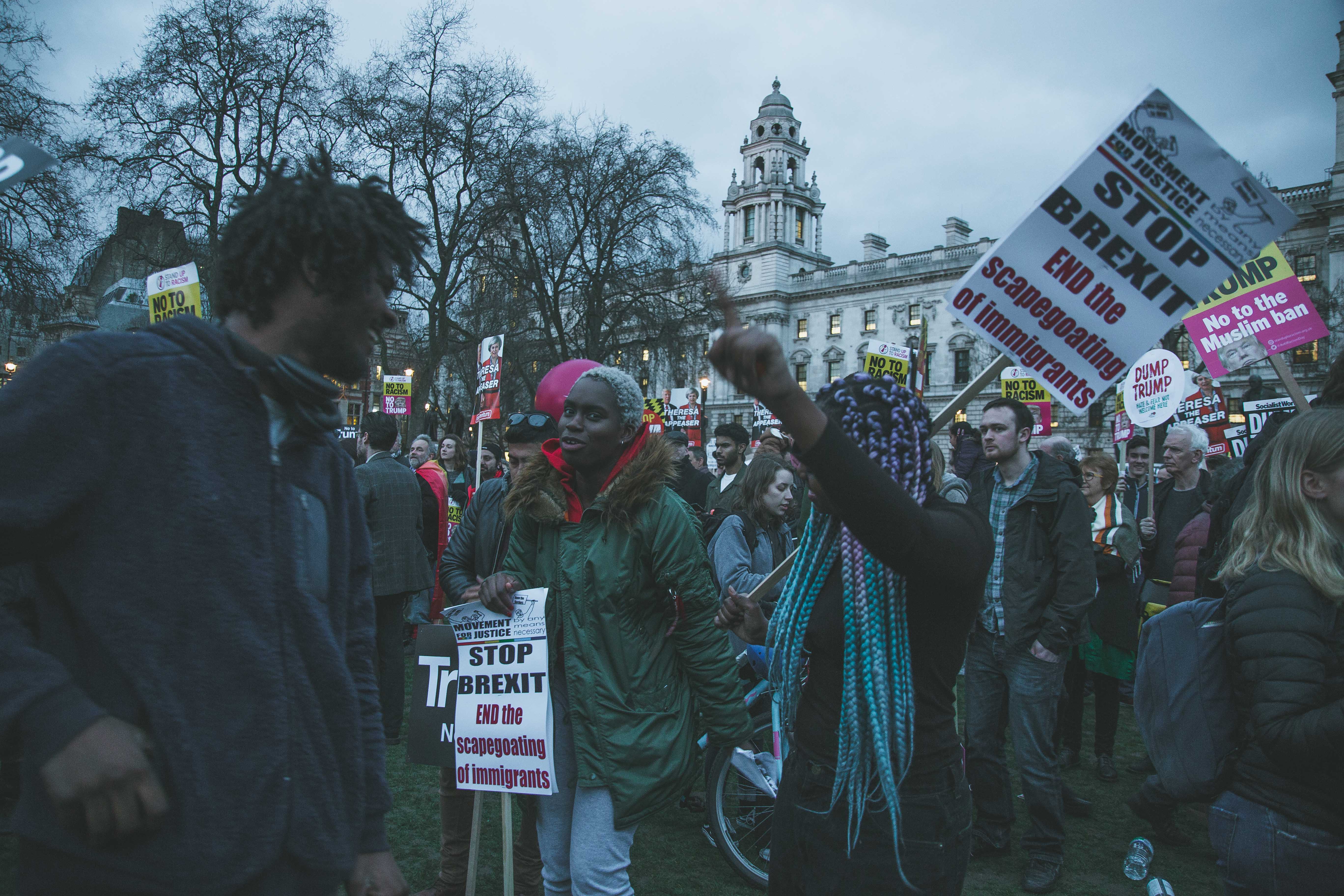 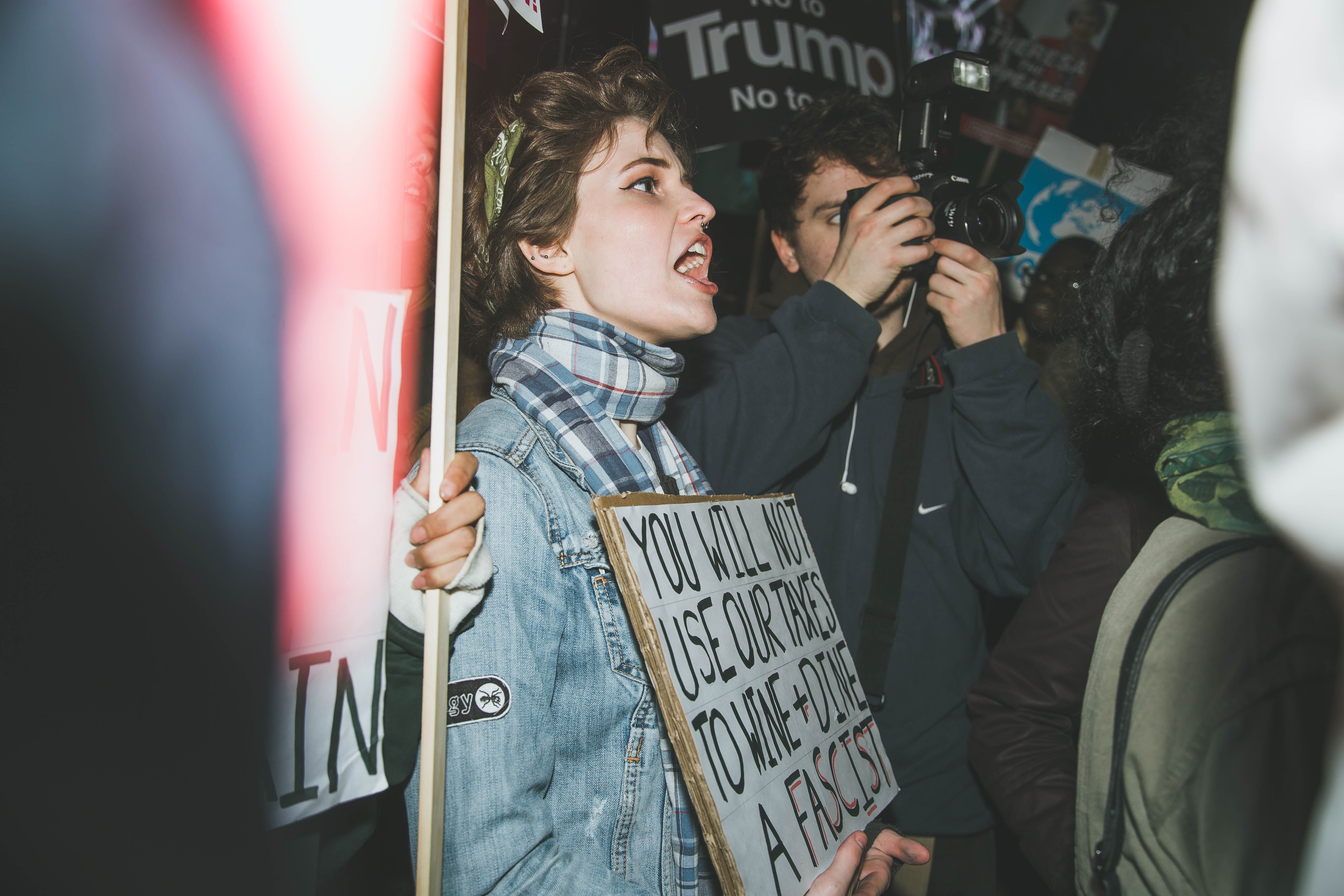 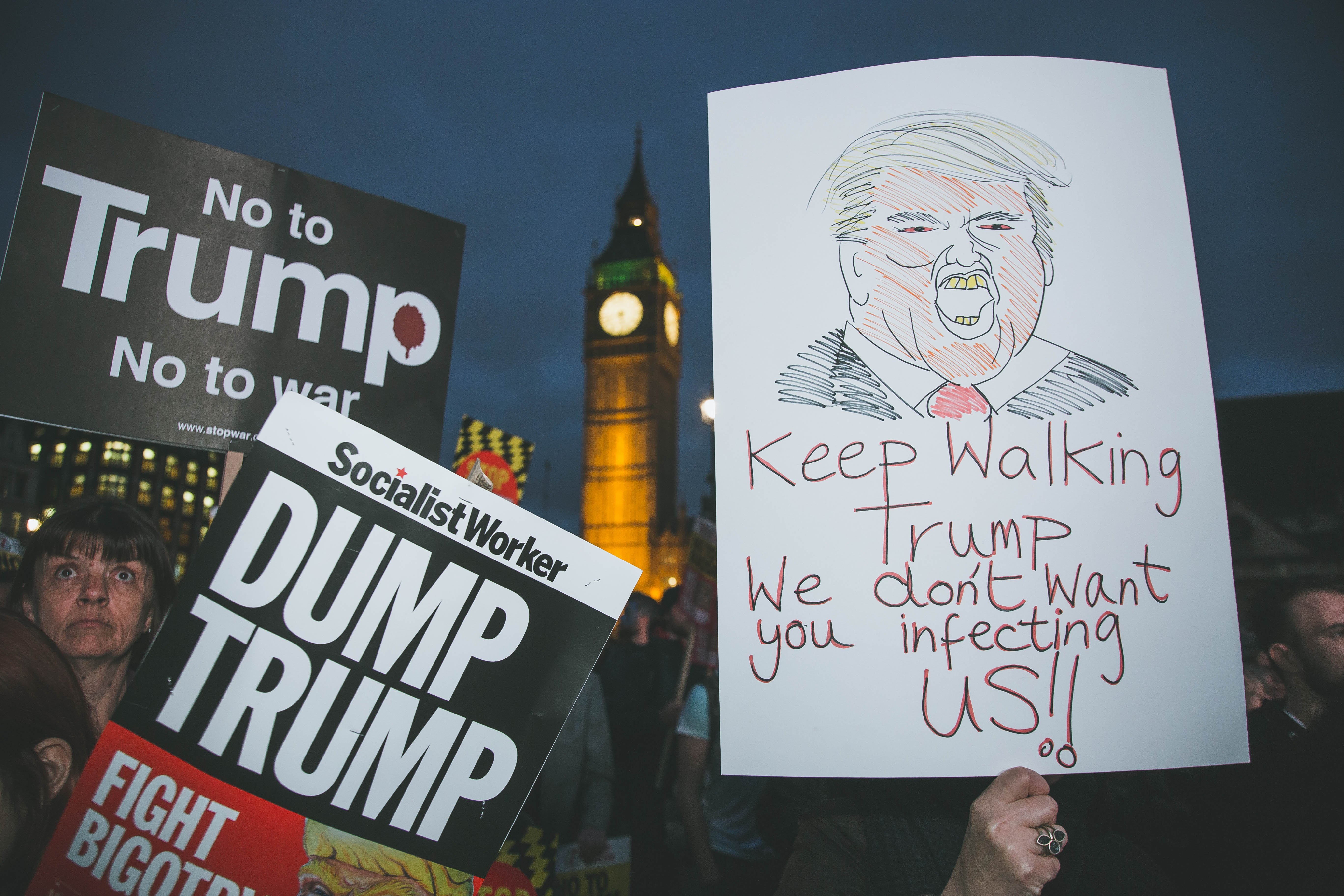 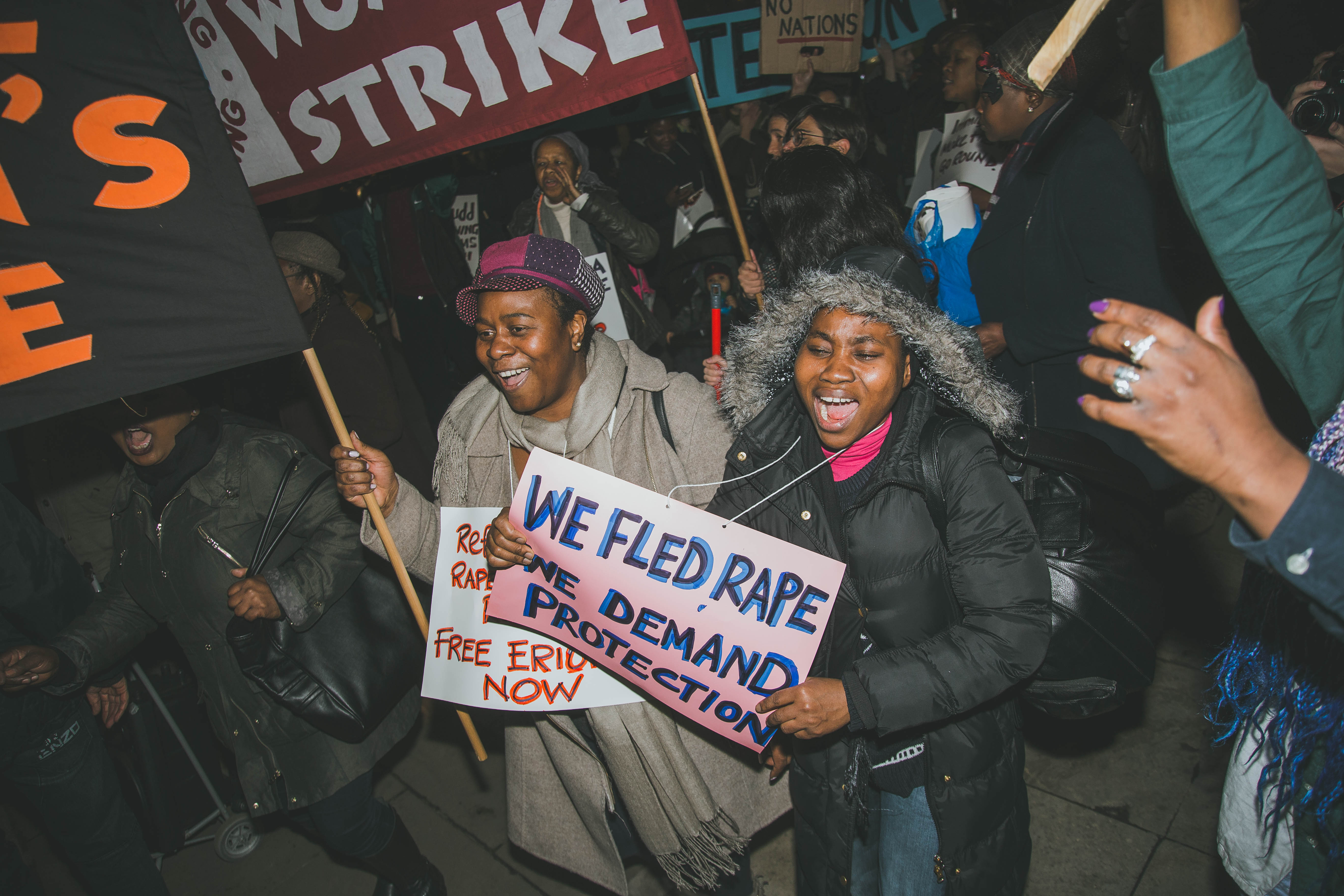 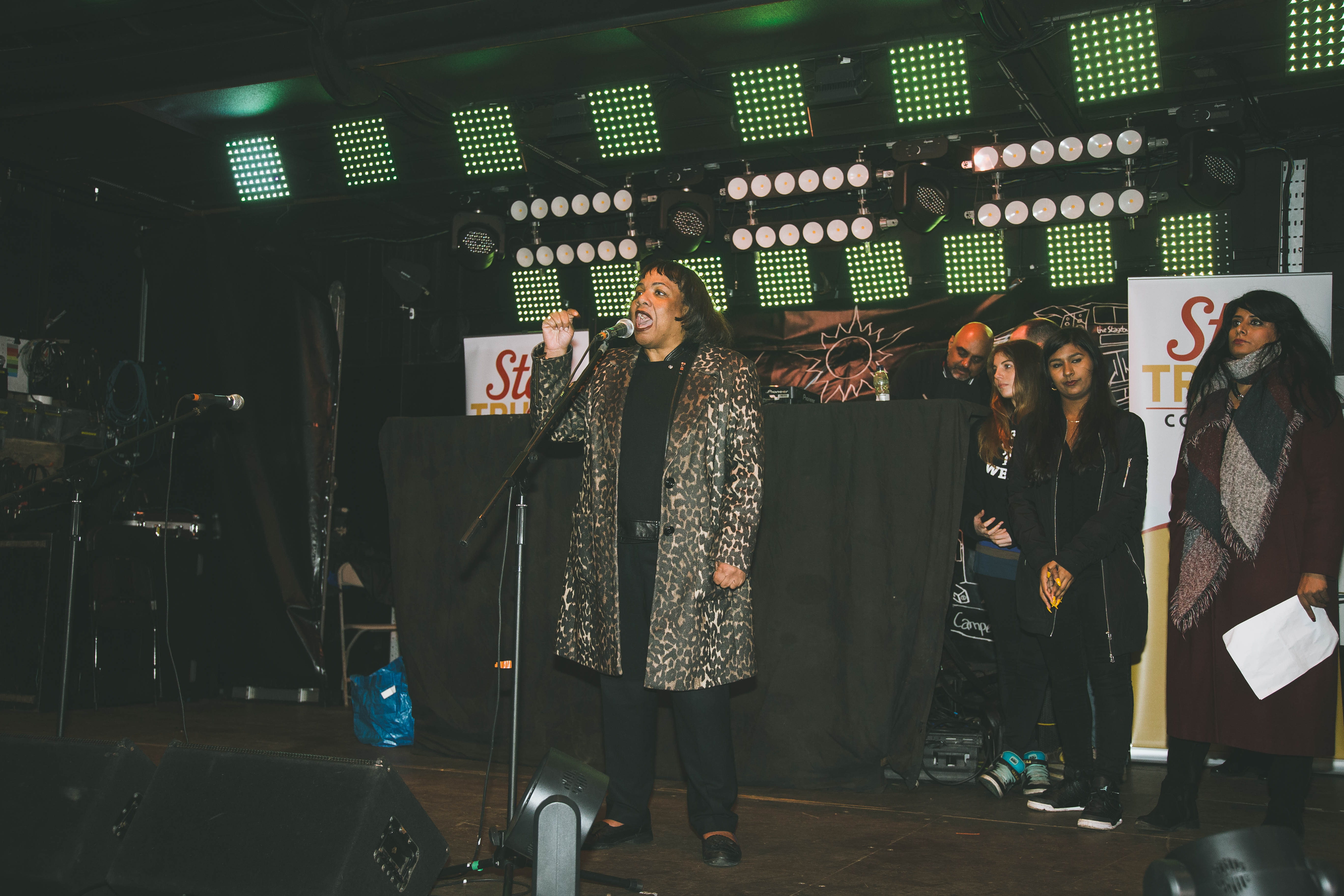 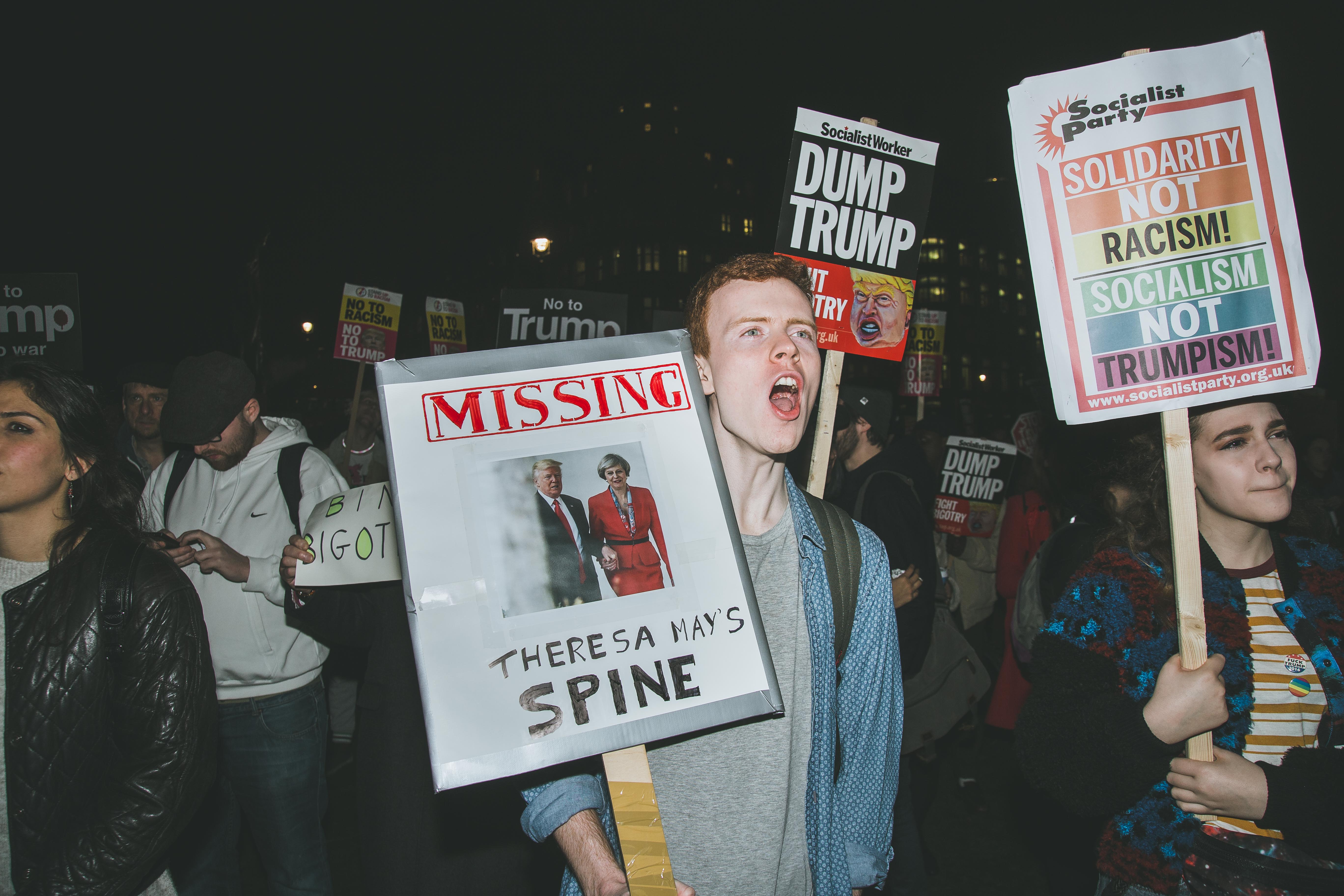 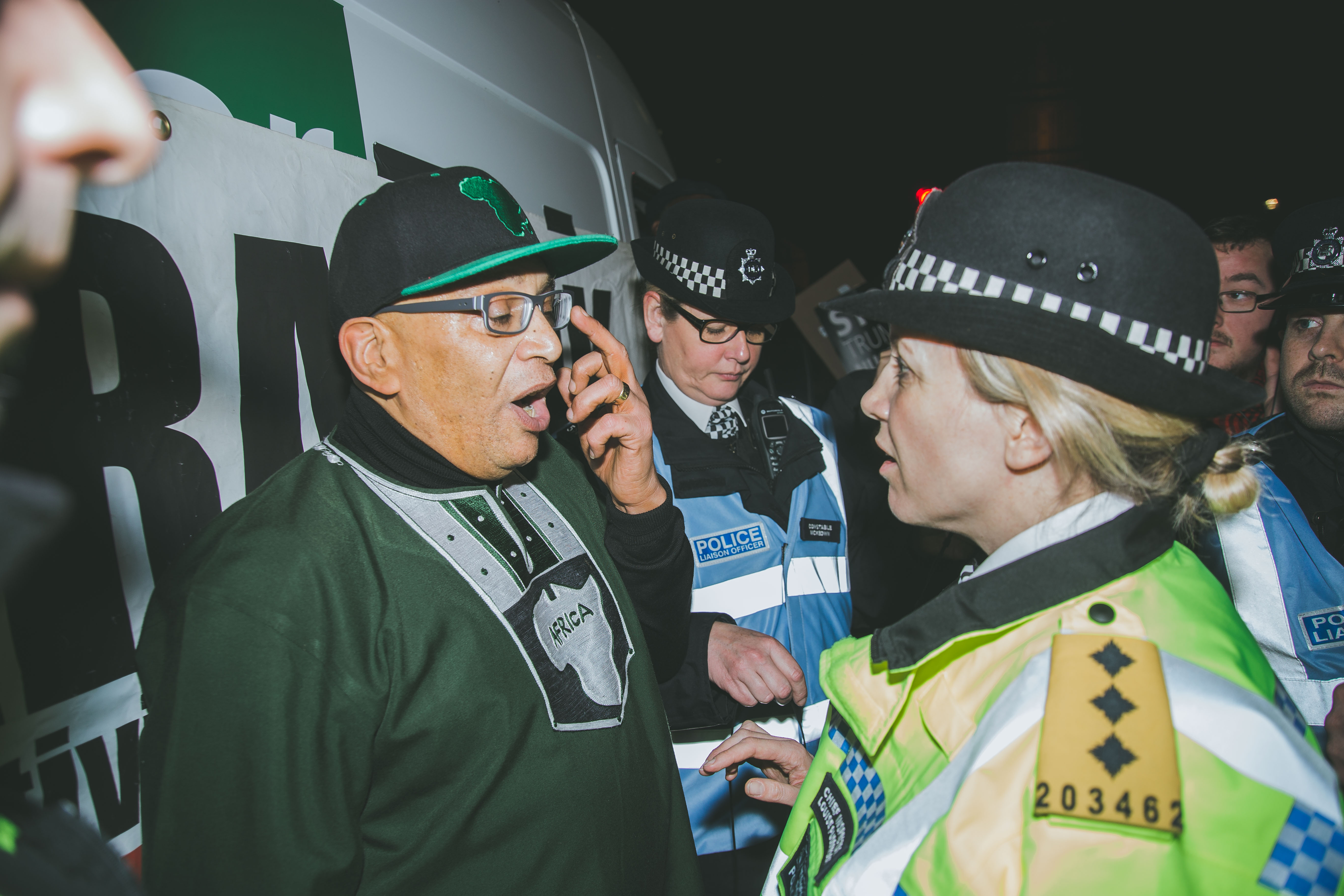 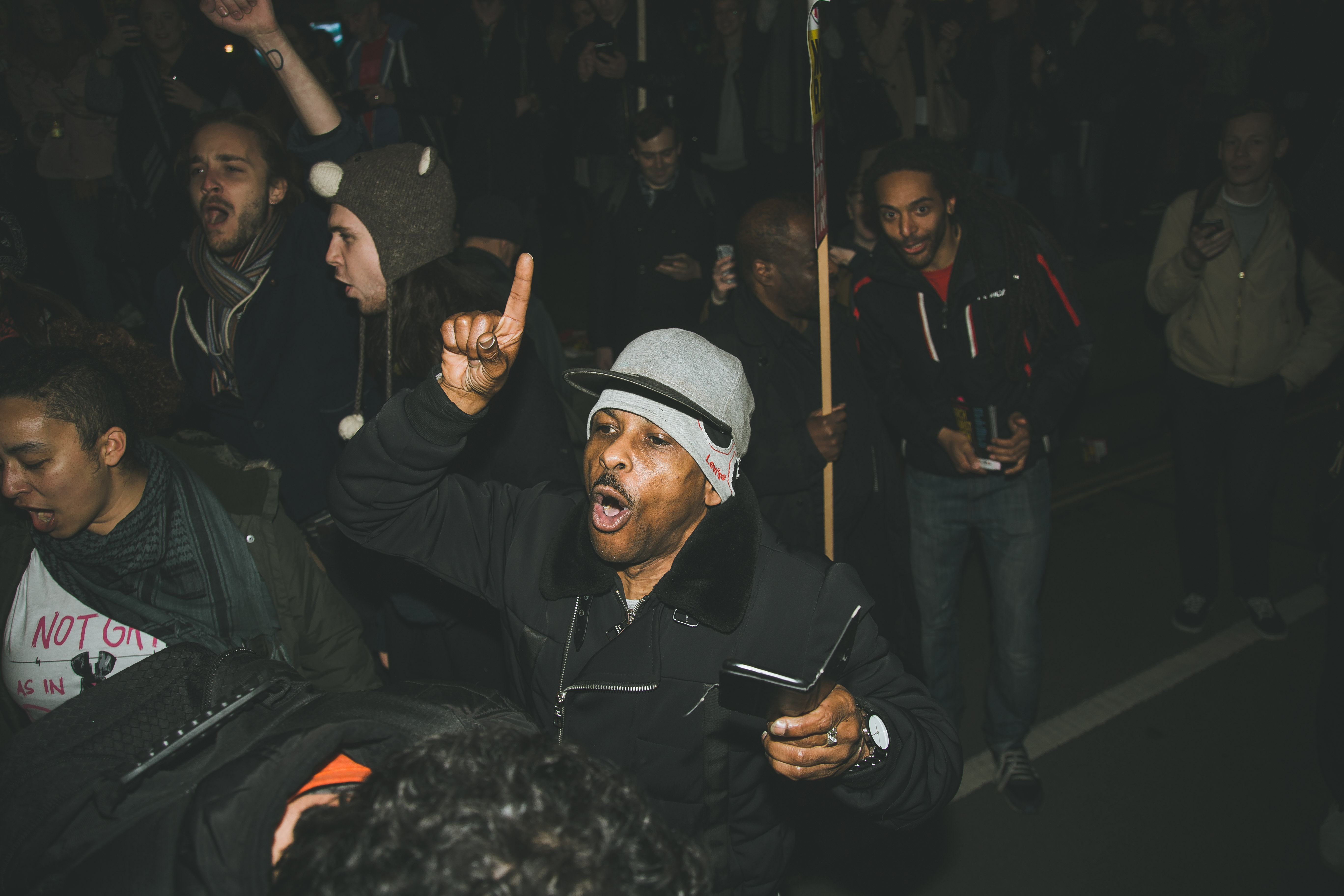 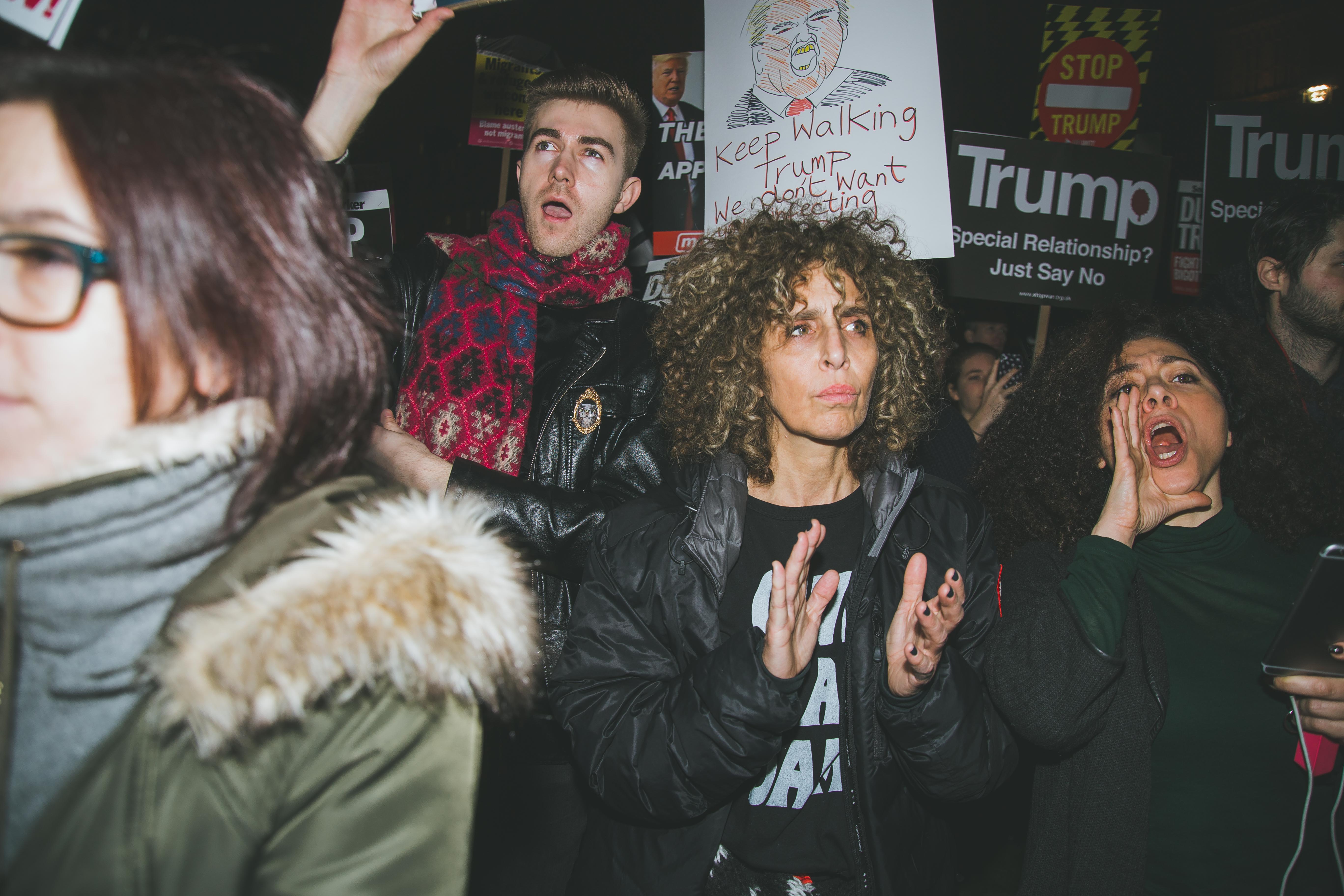 Linkedin
RELATED ARTICLES
OTHER ARTICLES
Photographer Sean Maung reflects on documenting a small town in Pennsylvania afflicted by high levels of unemployment, poverty, violence, crime, and addiction.
At his West Bank restaurant, Fadi Kattan established himself as the voice of modern Palestinian cuisine. Now, he’s bringing his innovative, bold flavours to the UK’s capital.
After blocking the Scottish government’s gender recognition reform bill, Westminster is now devising further changes to the law to make it harder for trans people to self-identify.
A new law change is enabling Britain’s donor-conceived children to know the truth about their origins – but campaigners say the fertility industry must do more to protect people.
AI companies that develop image-generators using copyrighted artwork from the internet are coming under fire from artists who say that it amounts to theft.
Social prescribing connects people with non-medical support to improve their health and wellbeing – but some experts worry it’s just a stick plaster solution.