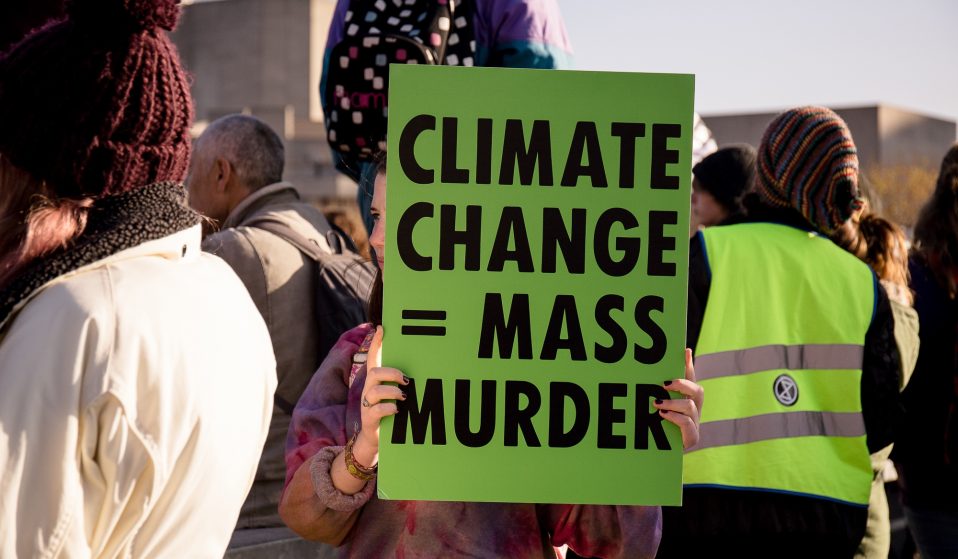 This weekend, thousands of demonstrators from environmental activist group Extinction Rebellion blockaded the bridges of London.

This weekend, thousands of demonstrators from environmental activist group Extinction Rebellion blockaded the bridges of London.

Traffic came to a standstill on five major London bridges this Saturday, as environmental protestors staged an act of mass civil disobedience, blocking the roads. The event, which was organised by the newly-formed group Extinction Rebellion, sought to push the government to face the severity of the climate crisis.

The activist group says that if the world fails to act on climate change, there is a real possibility of human extinction. This weekend, they were calling on the UK government to minimise carbon emissions to zero by 2025. Drawing support from across the country, around 6,000 people showed up to peacefully rebel.

Among those attending was 70-year-old Elizabeth Davis from Wales. “It’s not like any other kind of organisation,” she said. “These people want to do it in a nice, peaceful way. I’m here because I want to help make the lives of future generations better. But also now just as much as the future, because whatever is planned by the government or people in power is detrimental to the public, to every single person.”

“The climate is in absolute crisis,” added Matthew Haydon, 22, from Leeds. “The world’s never been in a more precarious position, so I thought the least I could do is to come down to London and show a bit of solidarity, and try to raise awareness. That’s what all this is about.” 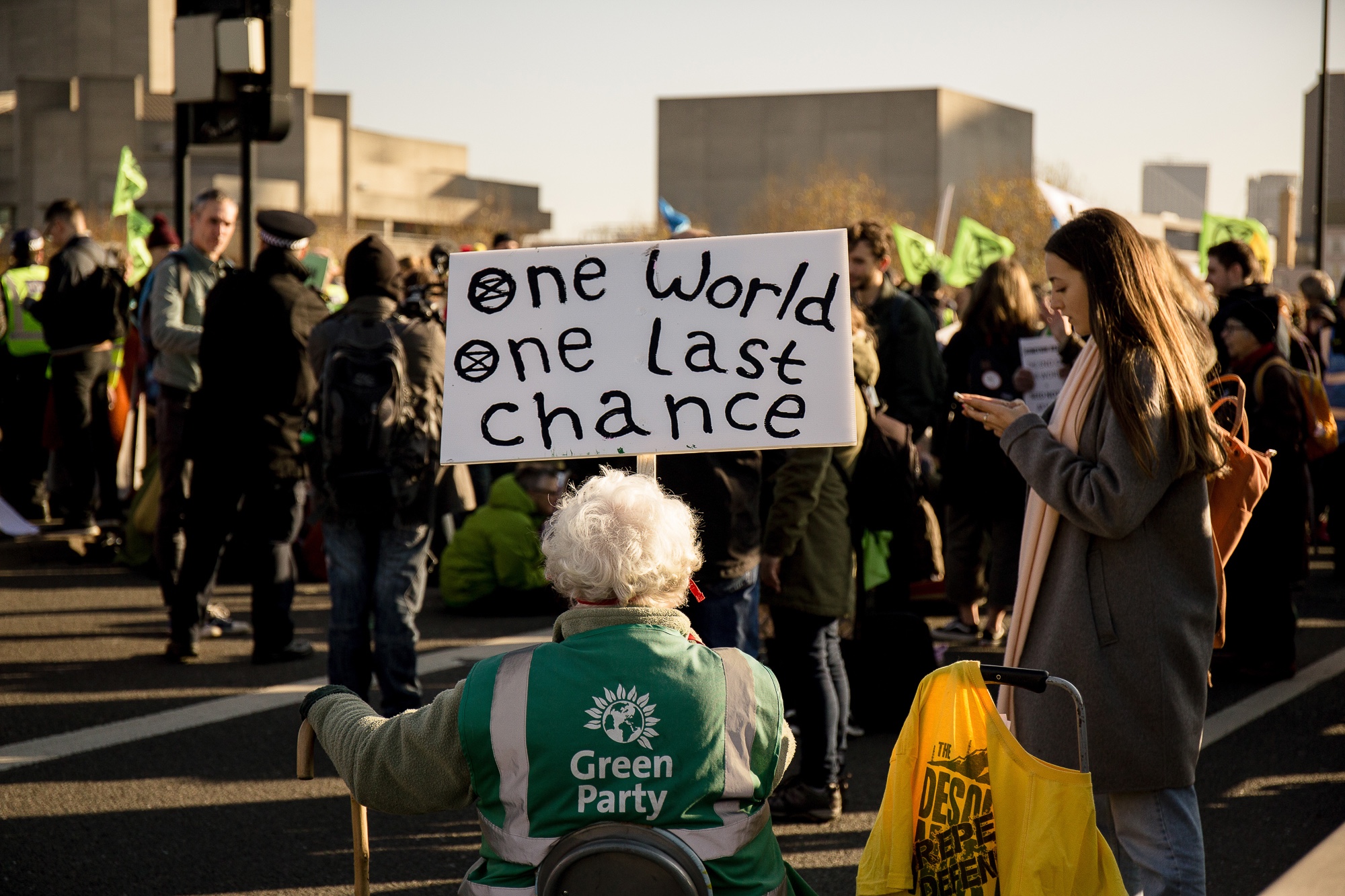 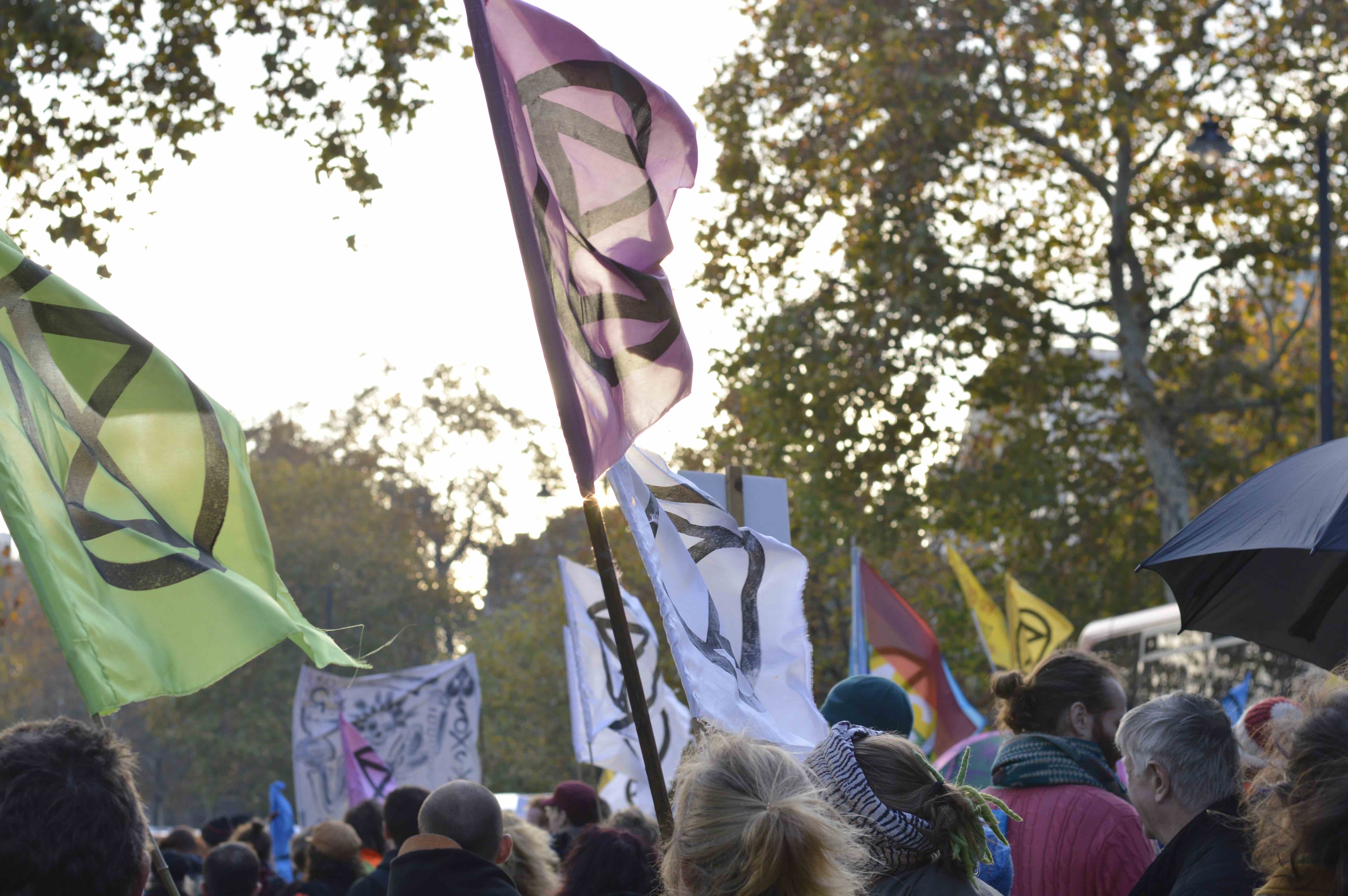 “One of the main things that spurred this on was the IPCC Report, which says we have 18 months to limit carbon dioxide emissions so that we don’t hit that 1.5-degree rise that will lead to mass extinction. That’s why this is more than just a protest. The reason for the roadblocks and civil disobedience is to stress how urgent this is. It’s not just a case of we need to do something in the next one hundred years, it’s got to be done now.”

Lucy Bridges, 21, from Durham said: “I’m here because I’m aware that people are dying because of climate change and it’s often the people that are less powerful, the people in countries that are less economically developed that are going to be the ones that suffer the most. I think it’s absolutely disgusting that some people from richer countries just aren’t doing anything about it… Power is in the people working together.”

Later in the afternoon, the crowd on Waterloo Bridge began to move as they headed to Westminster. Over the mingled sounds of singing and excited chatter, Rob Proctor, 37, from Wales told me his personal motivation for participating: “I’ve got two children and basically, I couldn’t live with myself if I didn’t do something about climate change. This is the only movement that seems to be taking the issue seriously.”

“We’re reaching the point where we no longer have control over our own climate. I hope that after today, people will recognise this as the emergency it is, and that the government – as well as ordinary people – will start taking this seriously and genuinely move towards zero carbon as quickly as possible.” 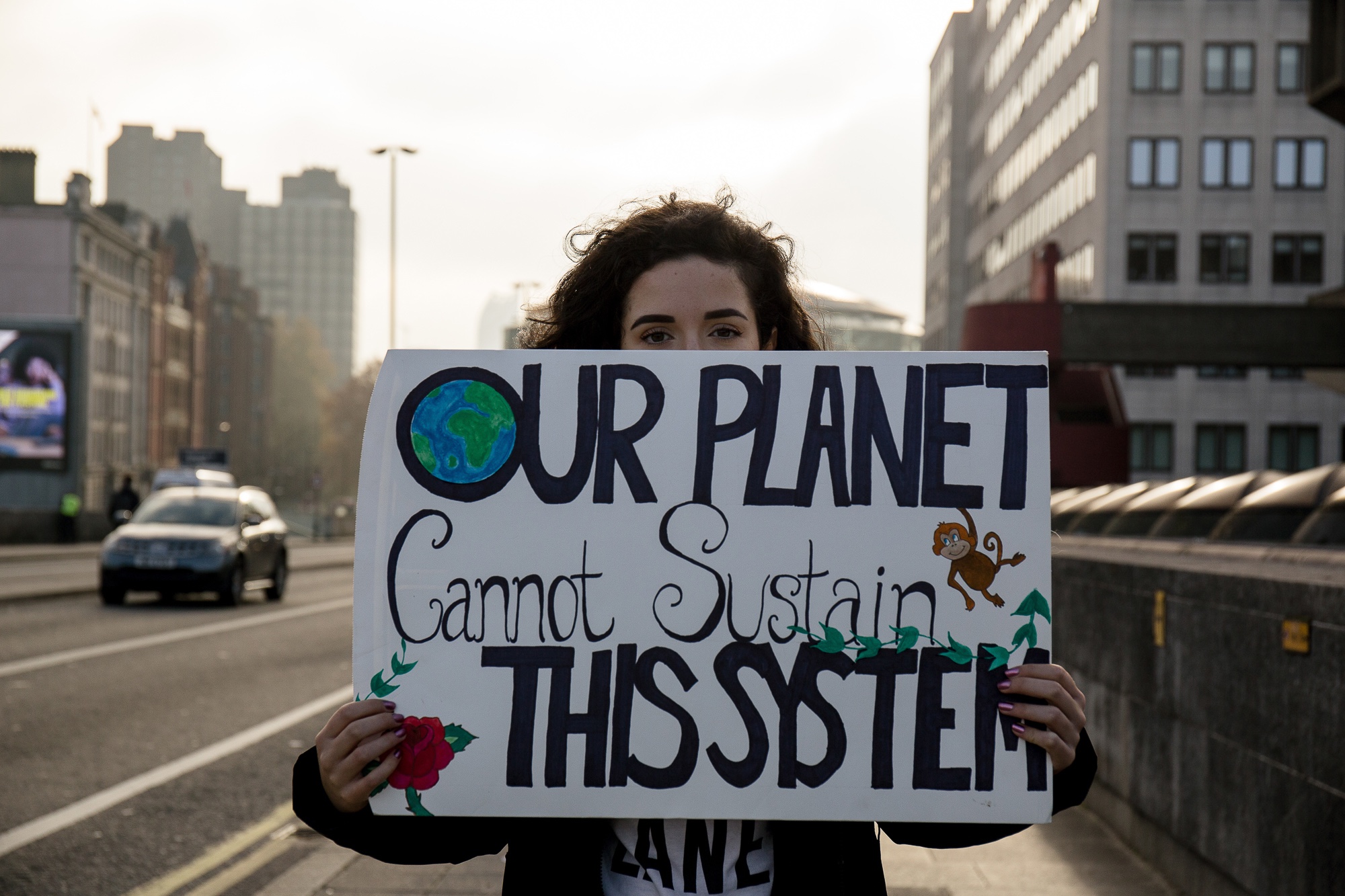 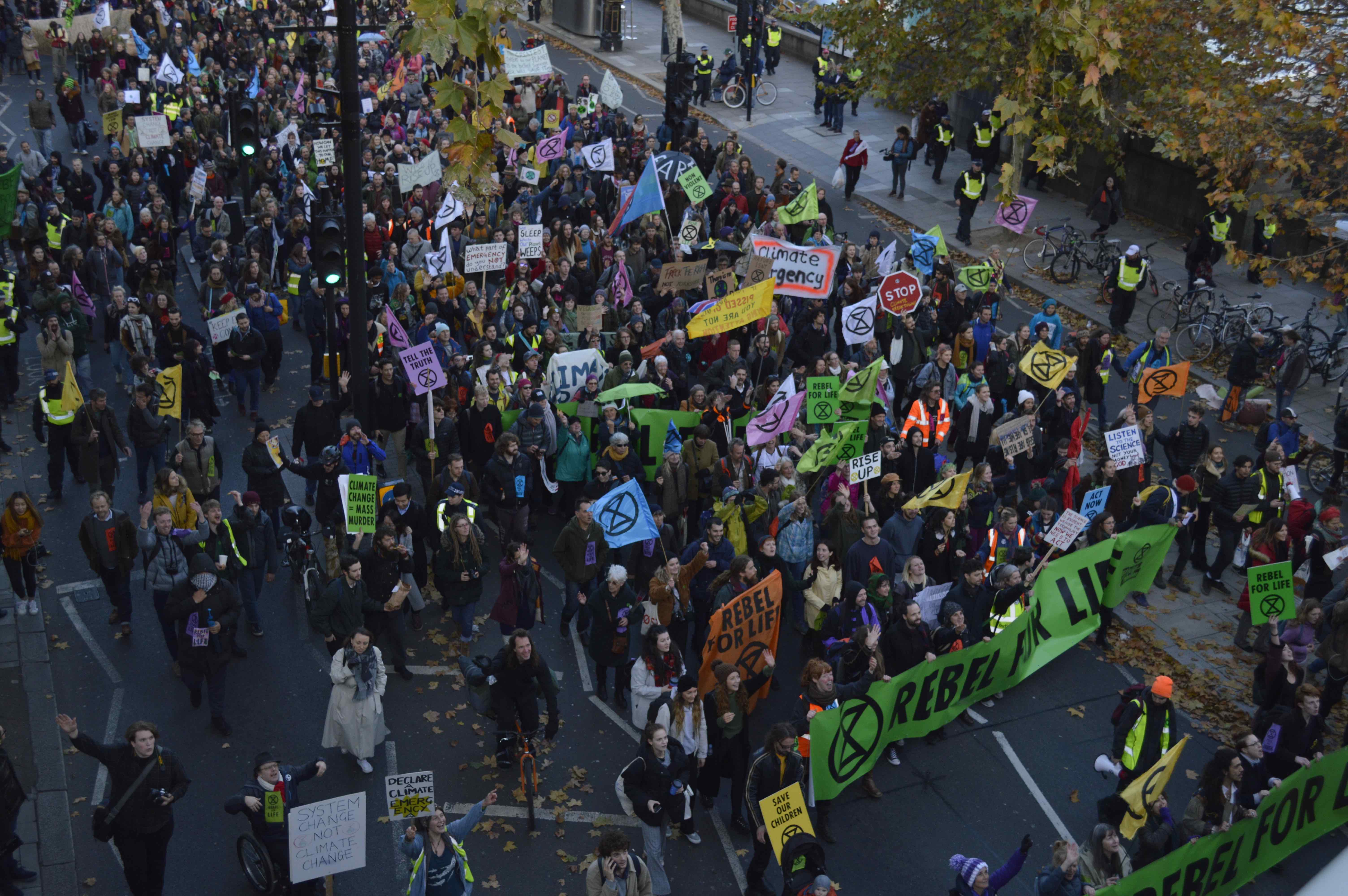 “Unfortunately, the time to turn lights off as we leave the room and switch to LED light bulbs is over,” explained Tiana Jacout of Extinction Rebellion. “We needed that 20 years ago. People think we’re in the state we were 20 years ago when the government and the media were absolutely silent on climate change and it was an opinion, rather than cold hard fact. We are now in a place where we need systemic change.”

“And we need to do our own individual research,” added Rose, also part of Extinction Rebellion. “We need to learn the facts about what’s happening and know our rights, and to call the government out when they’re being hypocrites.”

“We’re breaking the law by doing what we’re doing today, so they’re arresting people. But how can they call us out for peacefully sitting on a bridge, when actually they’re killing people by the air pollution that we have within this country?”

Leaflets dispersed in the street by Extinction Rebellion made clear that by taking part, you should be prepared to risk the possibility of arrest. On Saturday, more than 70 protestors were arrested. 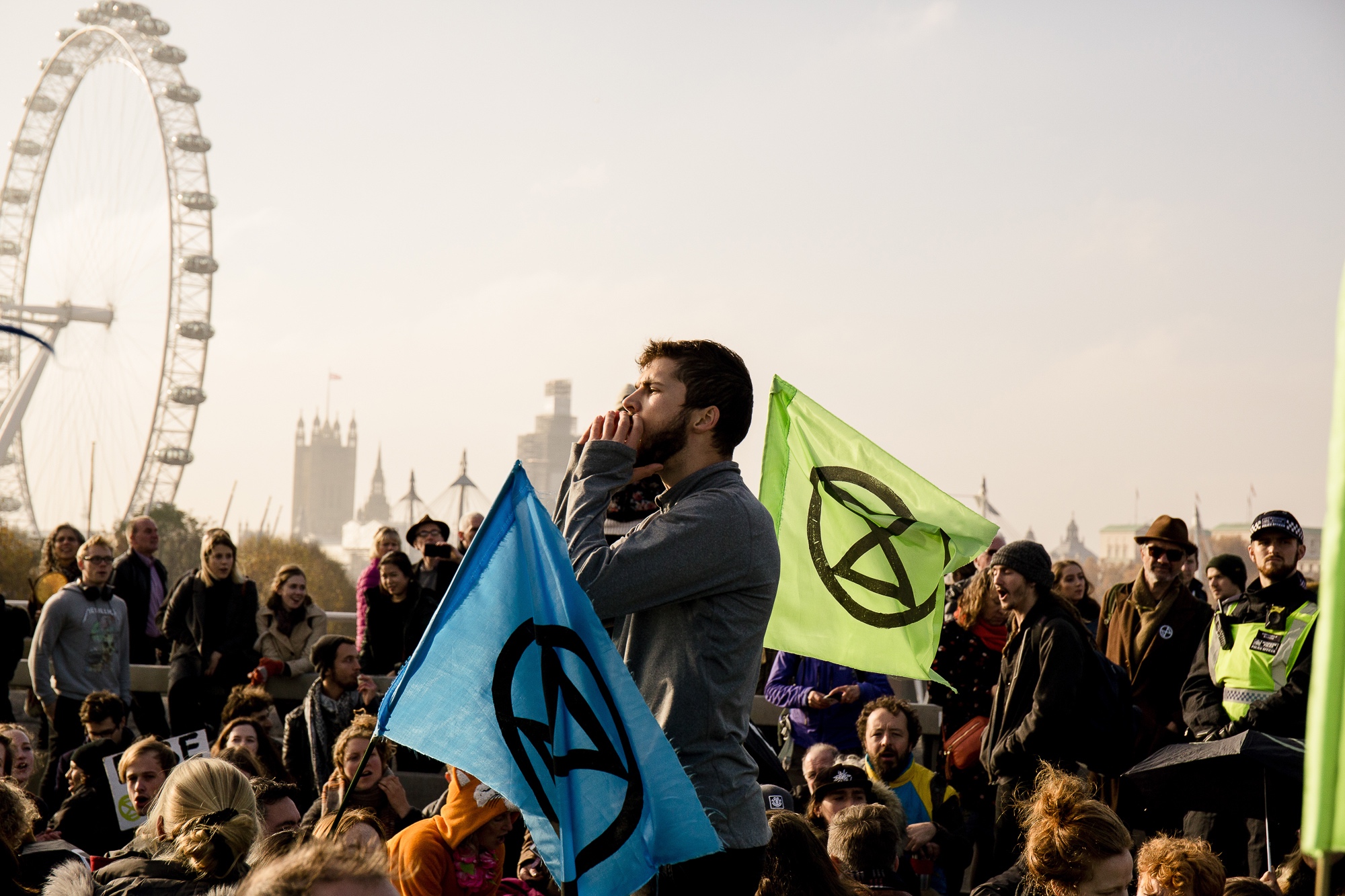 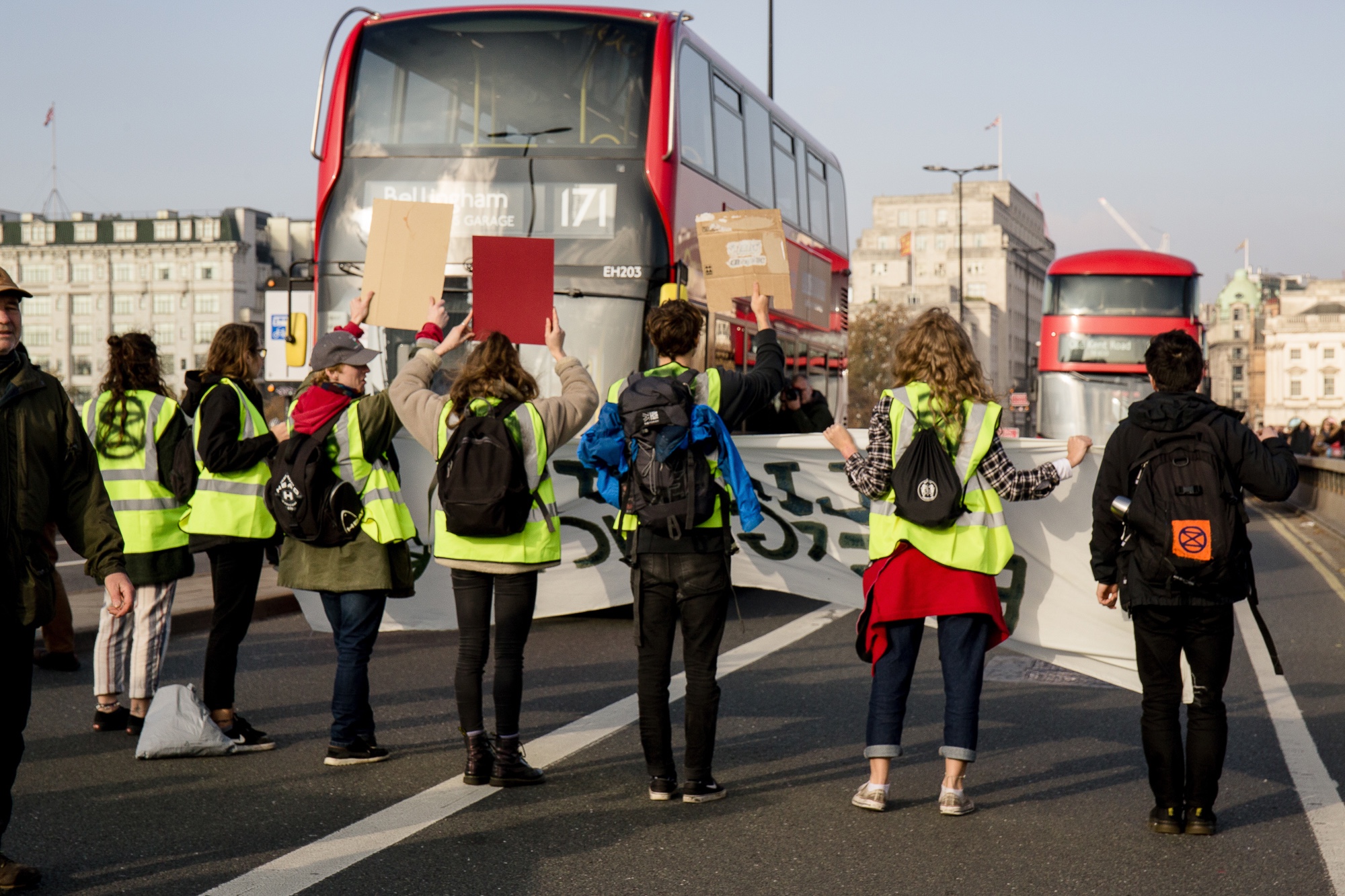 Arriving at Westminster, cheers erupted from the crowd and in spite of the roadblocks, the atmosphere was calm as dusk fell early over London.

“As British citizens, we need to be standing up and setting a precedent like other countries have already been doing in different ways. The main purpose of today is to call out to the government to ask them to have a real democracy,” Rose said, “to ask them to be honest about what’s happening, and to ask them to change the systems and things in place that are damaging our world.”

For Extinction Rebellion, the so-called ‘Rebellion Day’ marks just the beginning, and they won’t stop until they are heard. On their Facebook page shortly after the protest, the group posted: “We took the bridges. Next we will take the streets.” 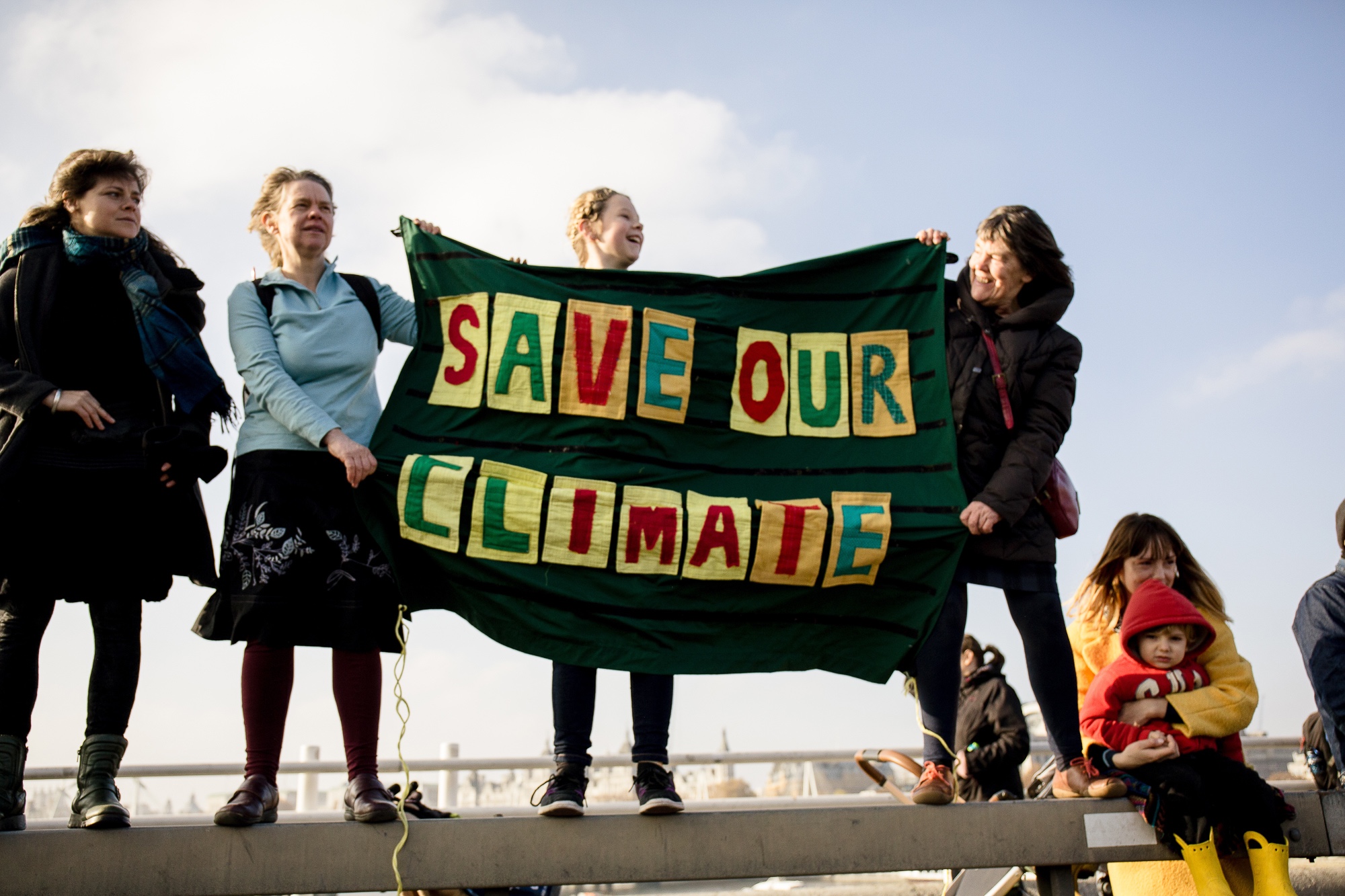 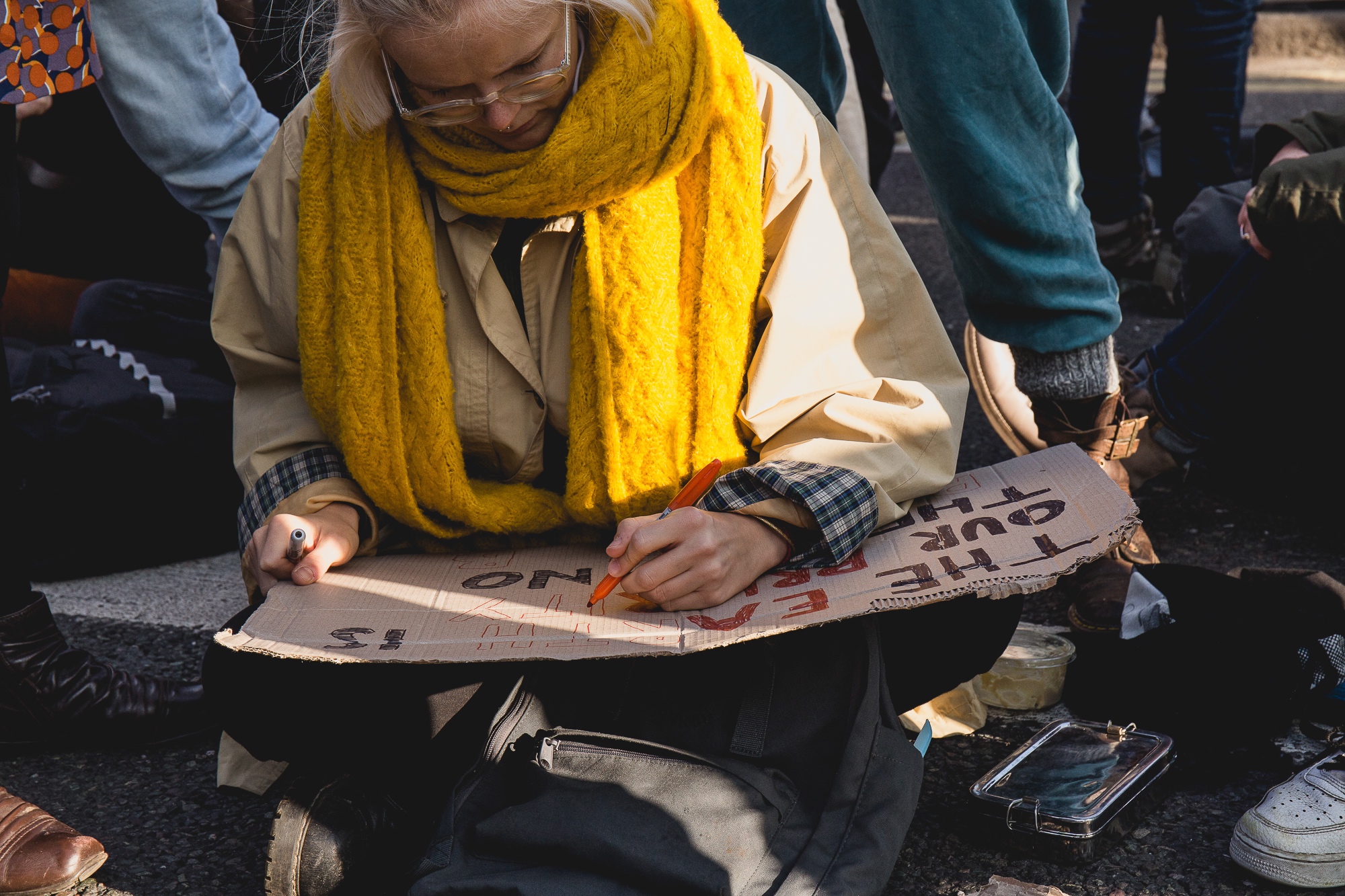 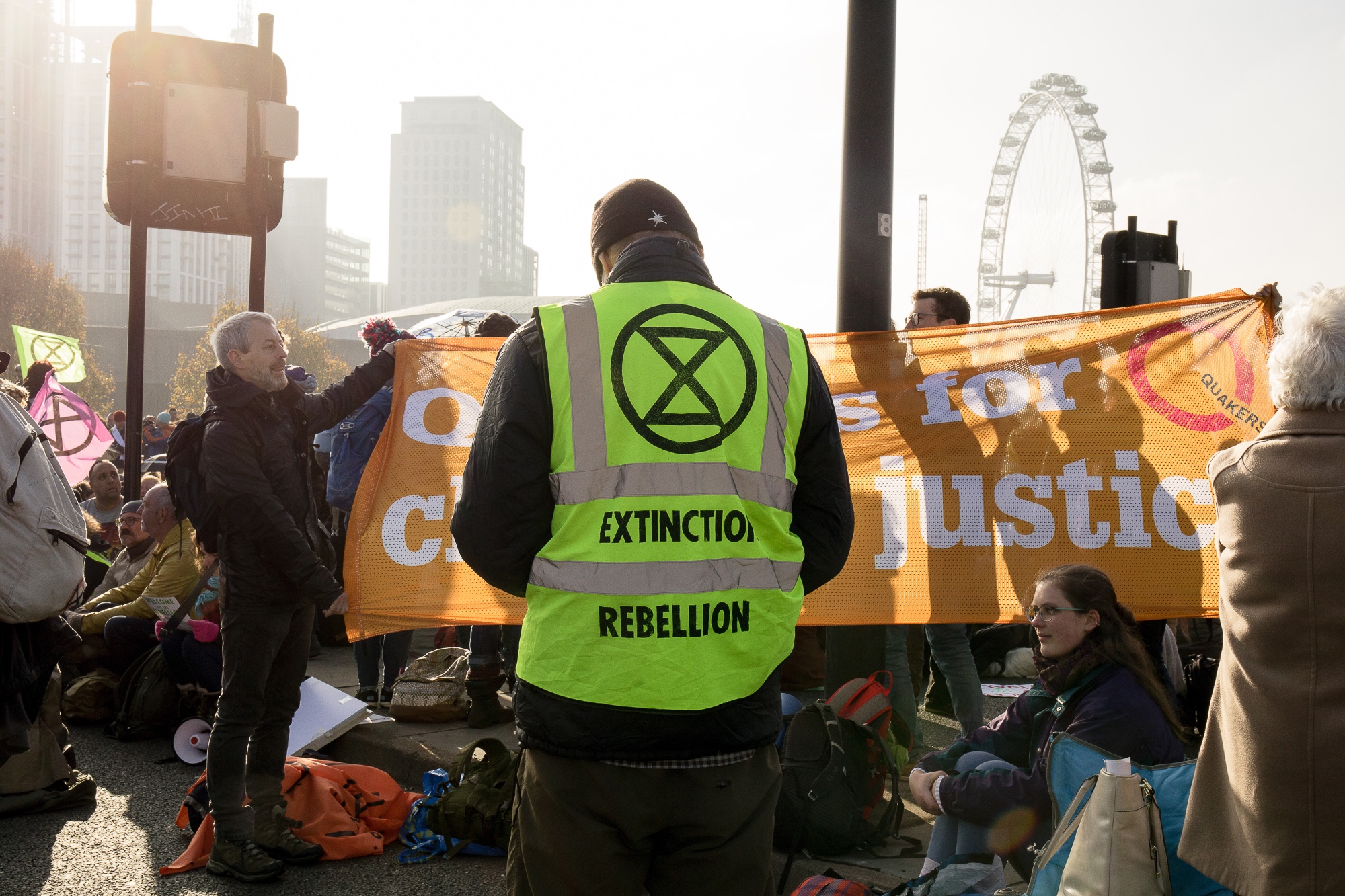 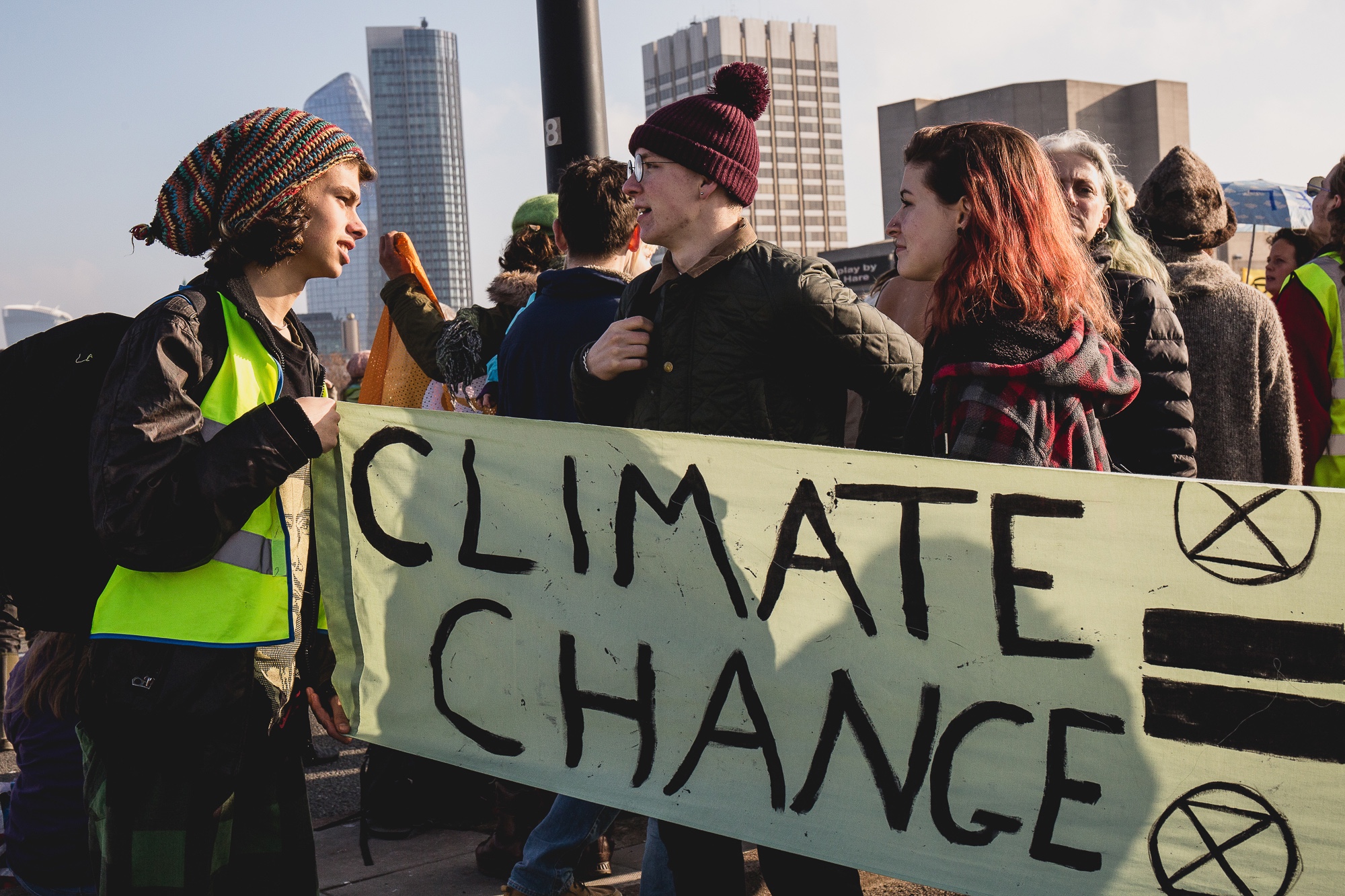 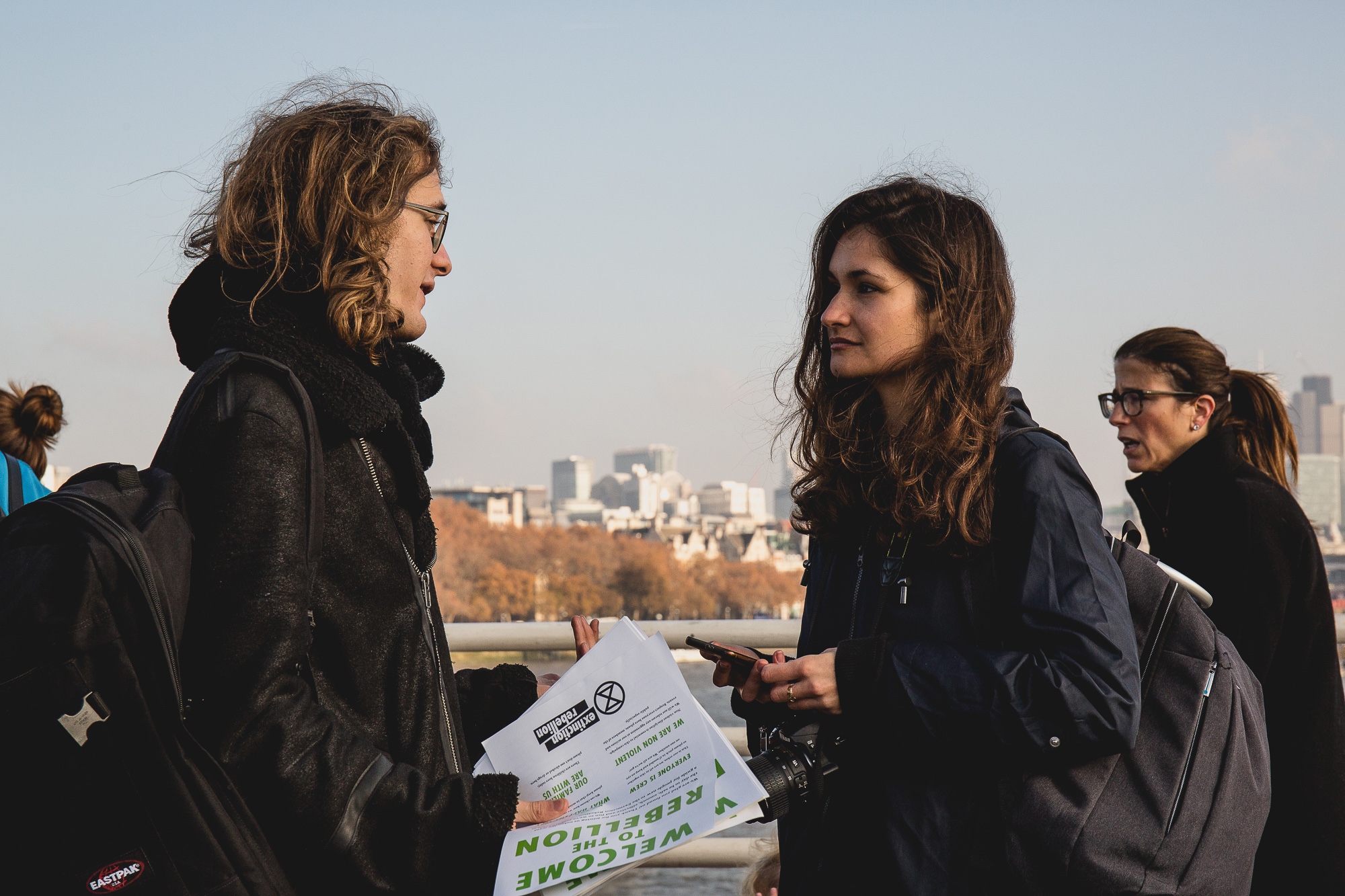 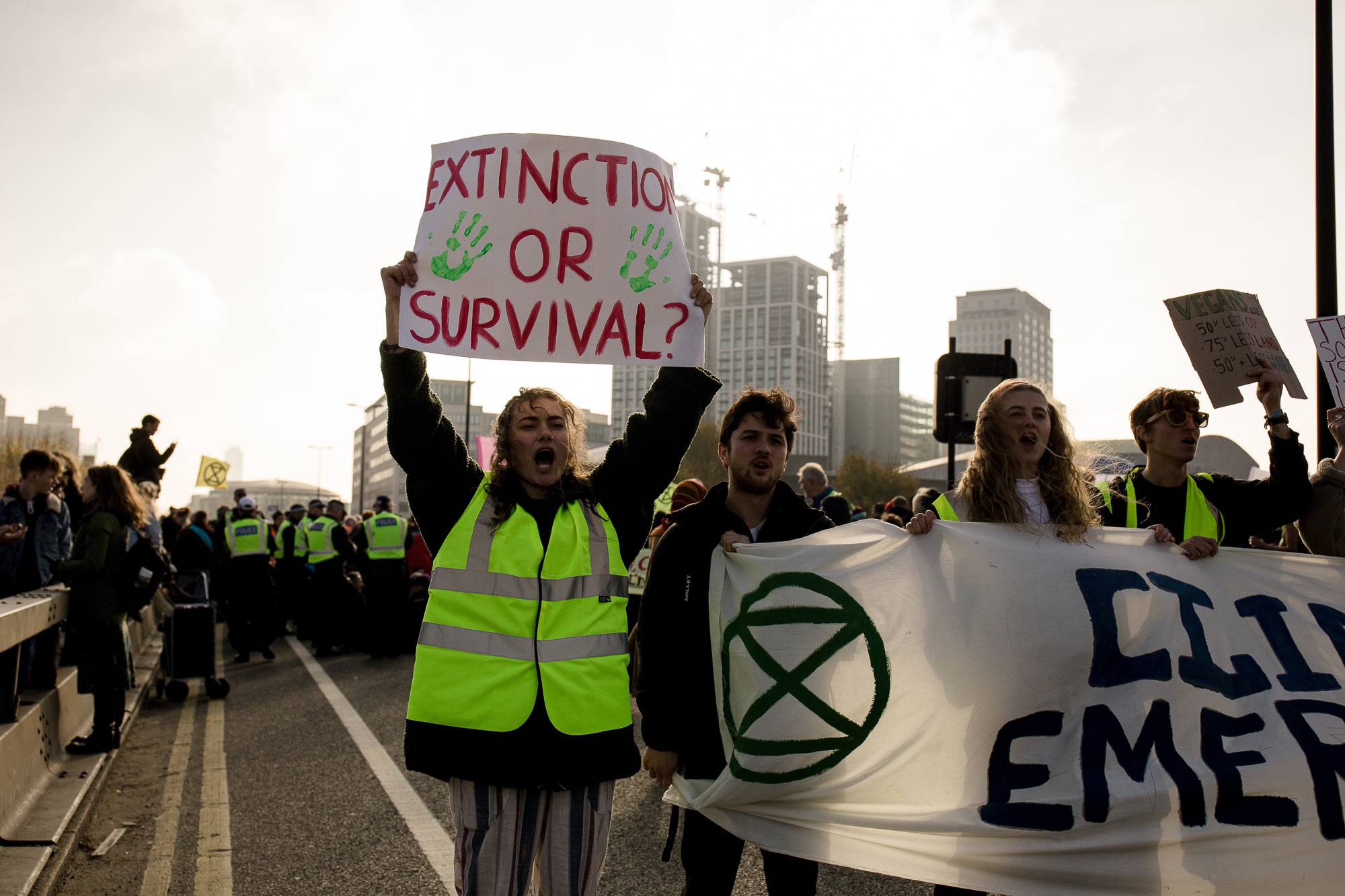 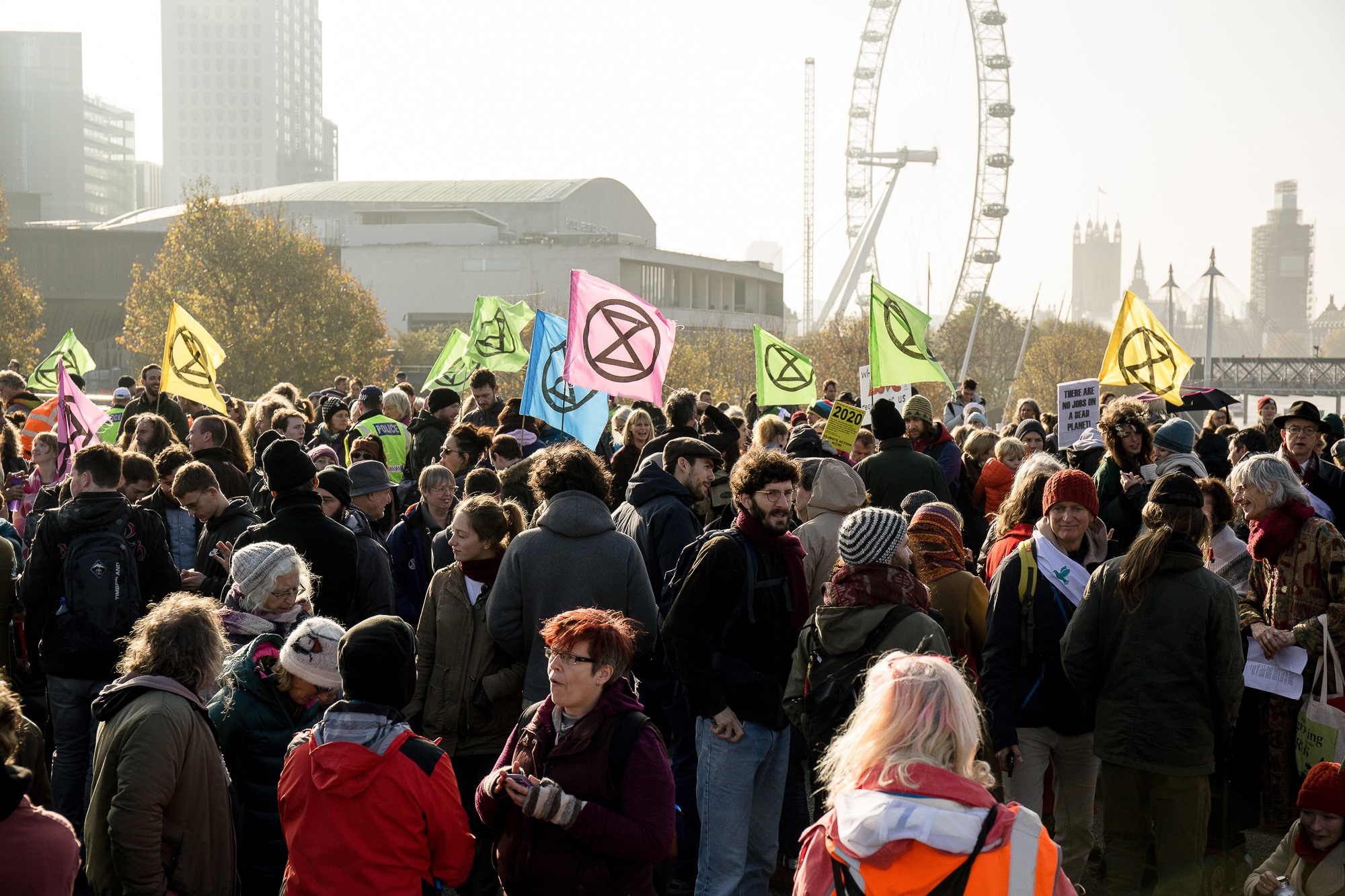 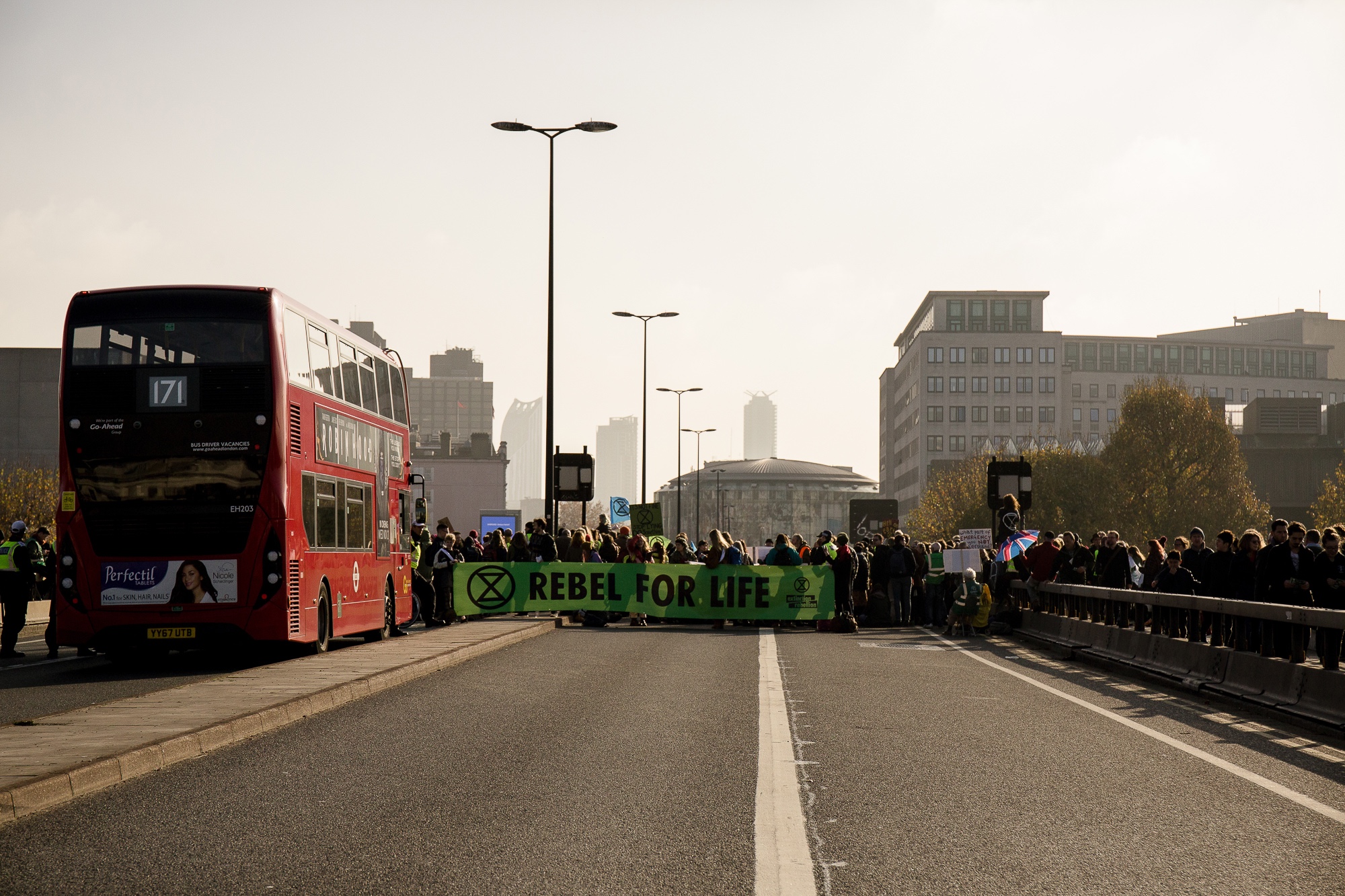 Linkedin
RELATED ARTICLES
OTHER ARTICLES
David 'Dee' Delgado’s photo project is about honouring and uplifting the city of his youth, and a world rapidly disappearing under the relentless onslaught of gentrification.
A new law change is enabling Britain’s donor-conceived children to know the truth about their origins – but campaigners say the fertility industry must do more to protect people.
Theo McInnes’s photos of the annual event provide an intriguing snapshot of contemporary Britain.
The action took place in response to the 200 asylum-seeking children who were placed in hotels run by the Home Office who have gone missing.
Tristan O’Neill’s shots of dancers caught in moments of reverie at the height of rave’s golden age are a testament to the UK’s legendary club culture.
After fleeing the war in Ukraine, people are finding it impossible to secure affordable and decent housing in the UK.