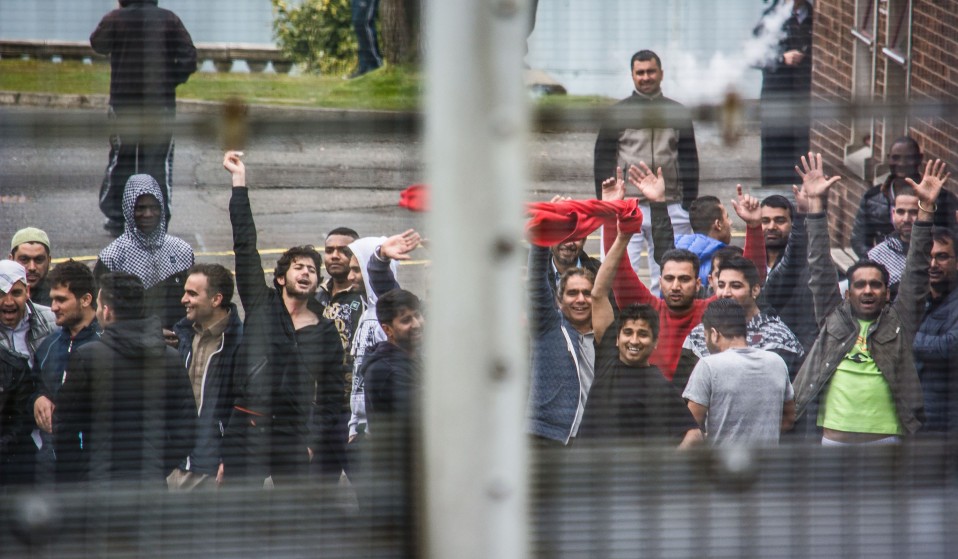 Hundreds of activists descended on Dungavel Detention Centre in Scotland this weekend to demand an end to the UK's unjust policy of locking up refugees. Photographer Jacob Forsyth-Davies headed along to capture the protest.

Hundreds of protestors gathered at Dungavel Detention Centre in Scotland this weekend, to demand the closure of immigration removal centres across the United Kingdom. 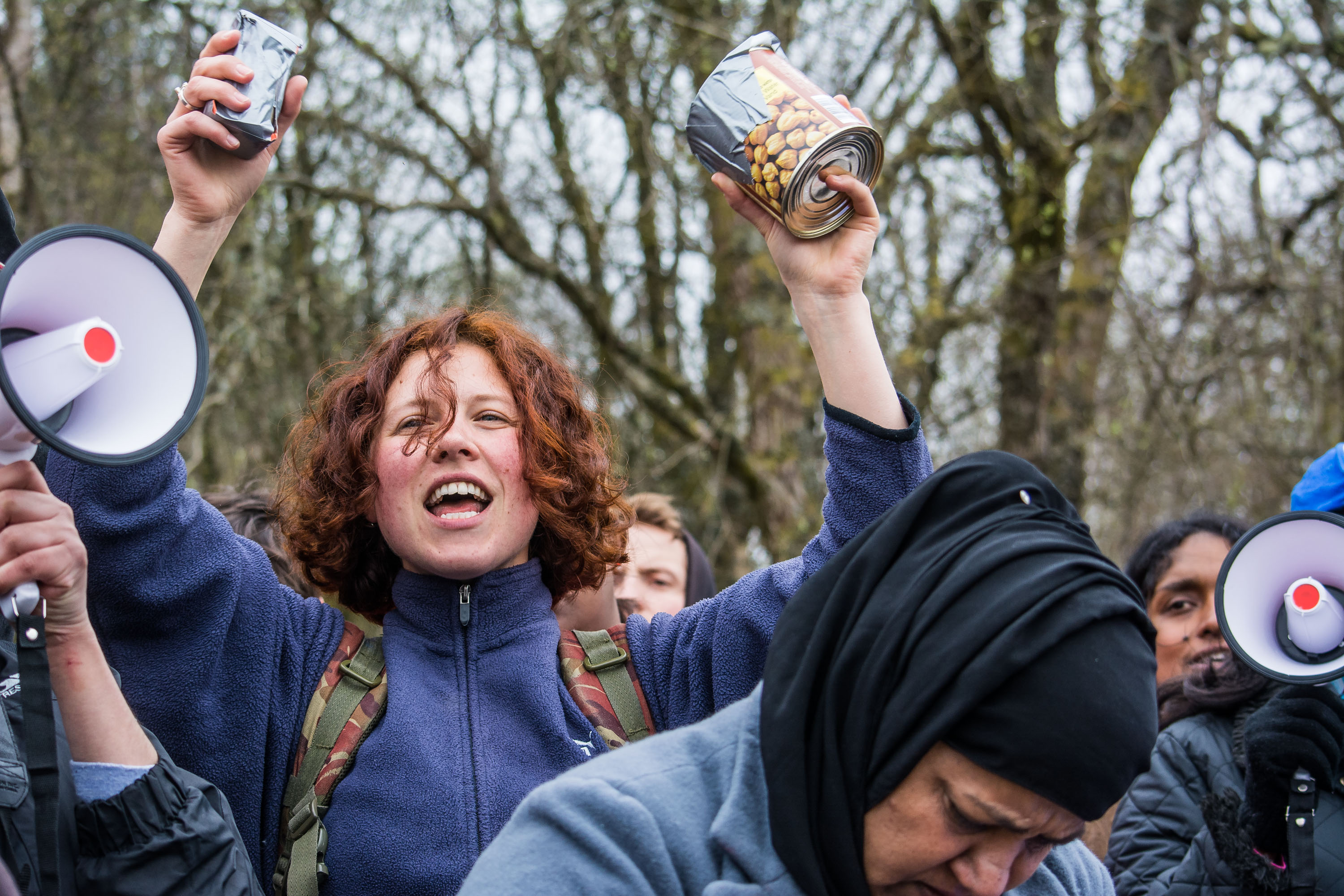 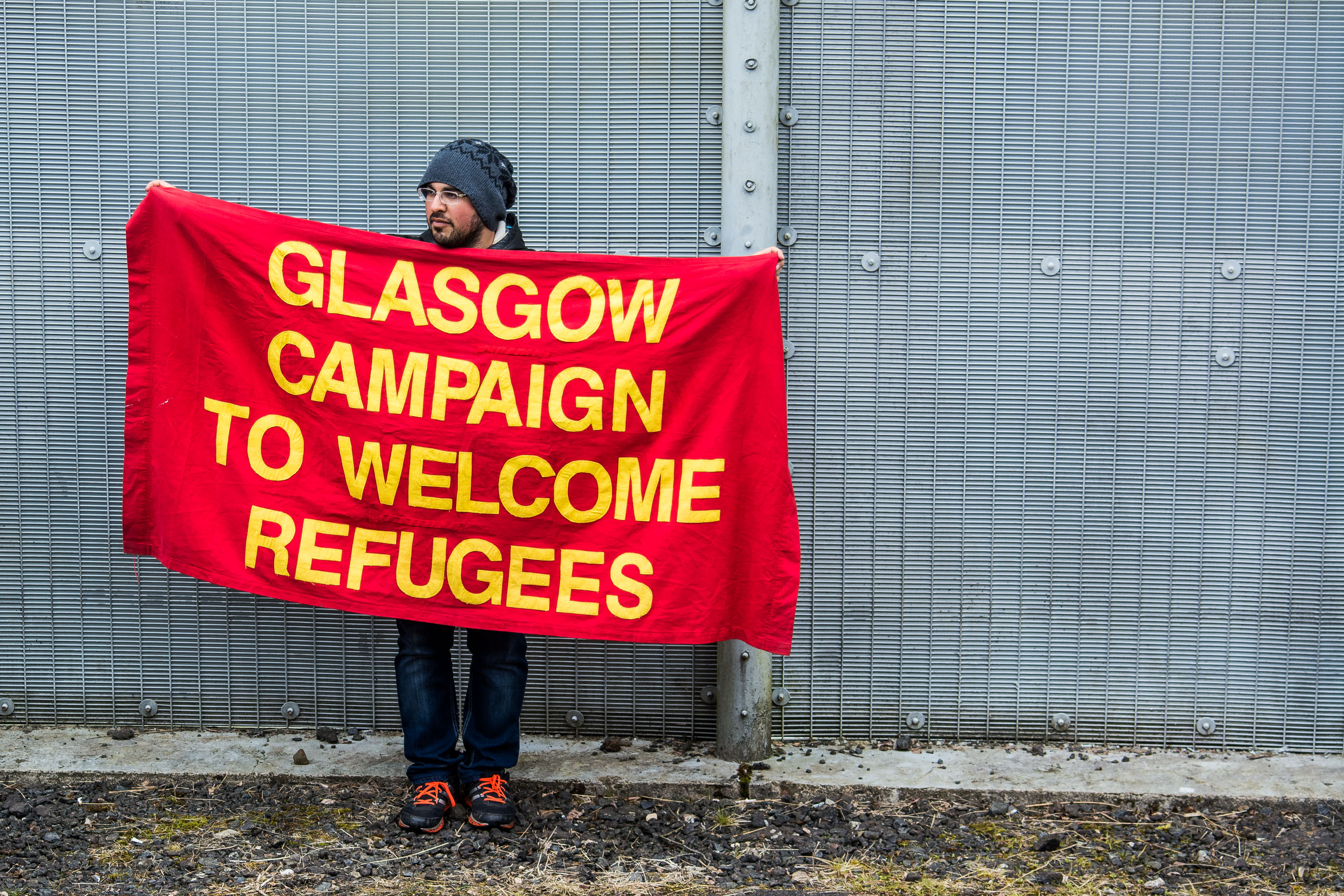 Over 400 people gathered at the rural site of Dungavel, in South Lanarkshire, making their way from Glasgow, Edinburgh, Stirling, and across the rest of Scotland. Activists rocked up with banners, megaphones, drums, speakers, and a sound system, determined to make their presence heard to those being indefinitely detained inside, simply by virtue of their place of birth. 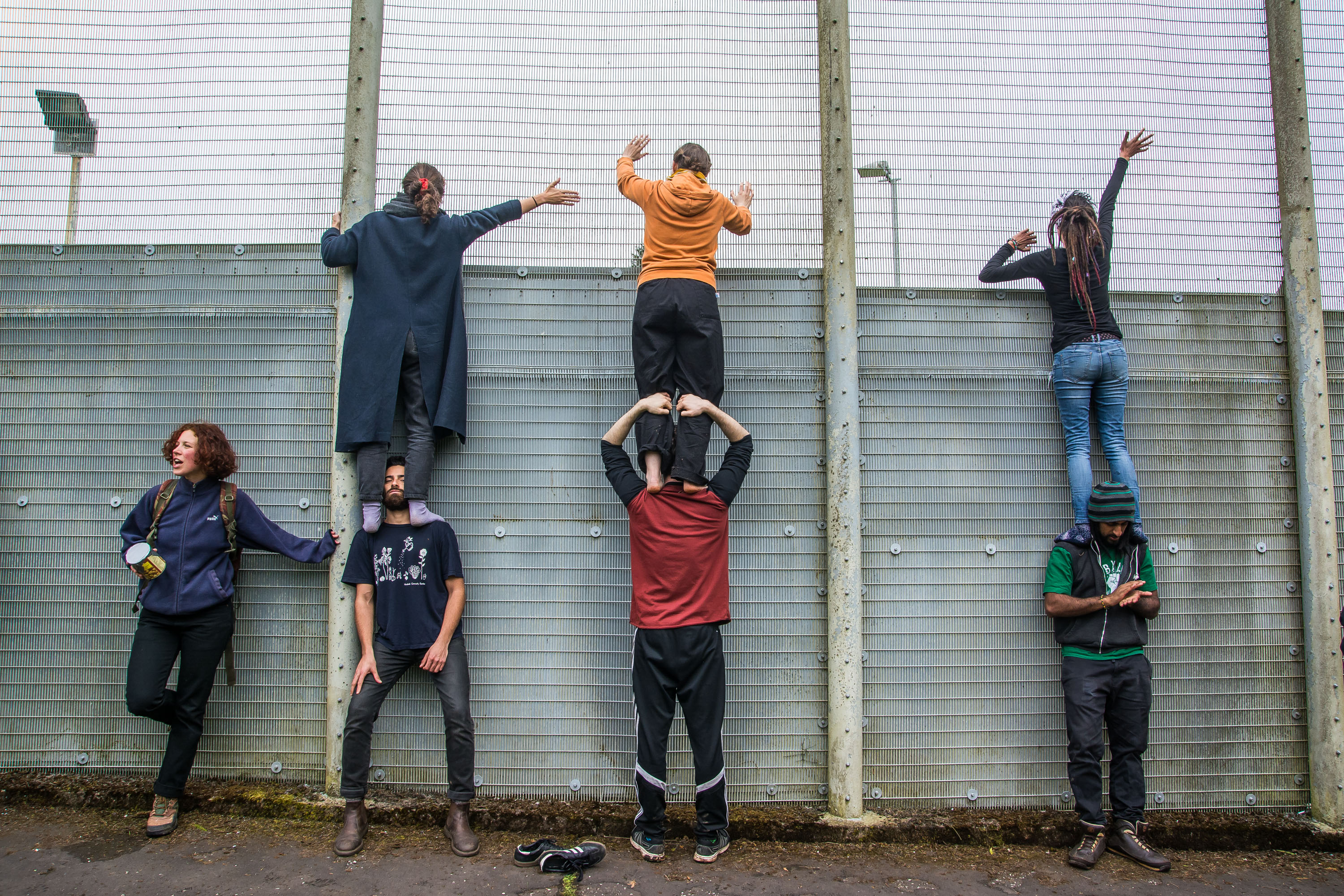 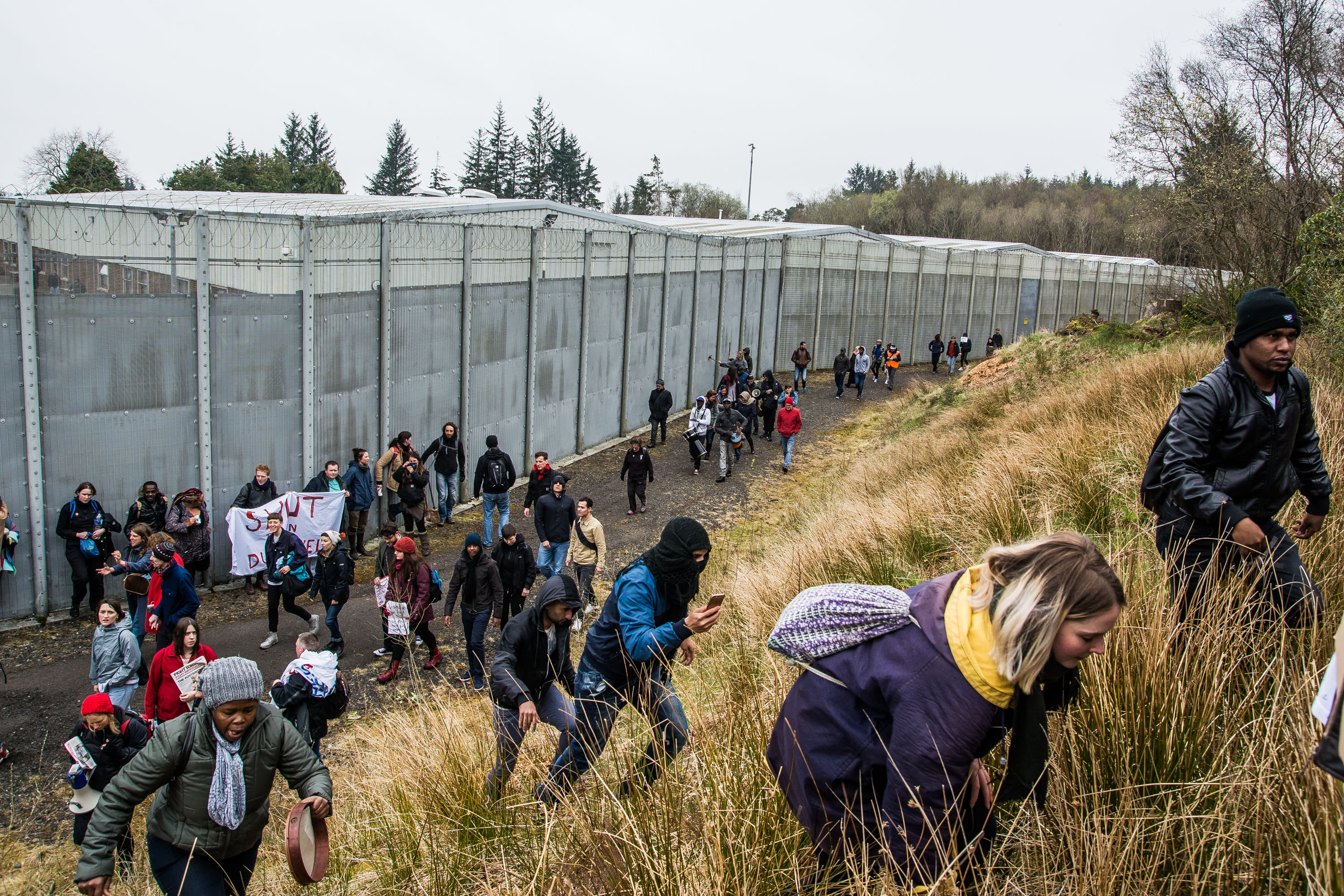 The action itself was organised by We Will Rise, with the help of other groups including Sisters Uncut, Borderline Europe and Glasgow Refugee & Asylum Seekers Solidarity. 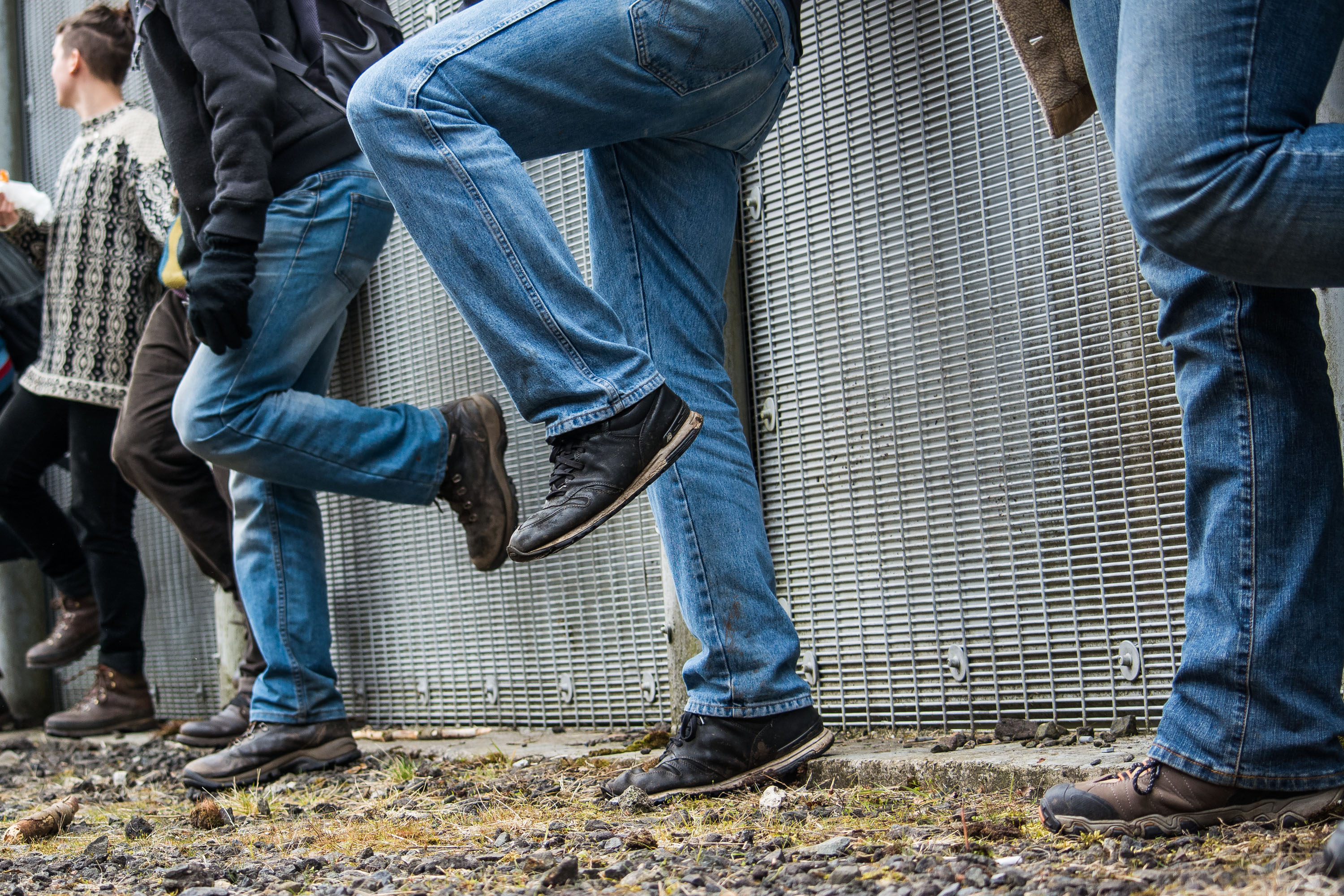 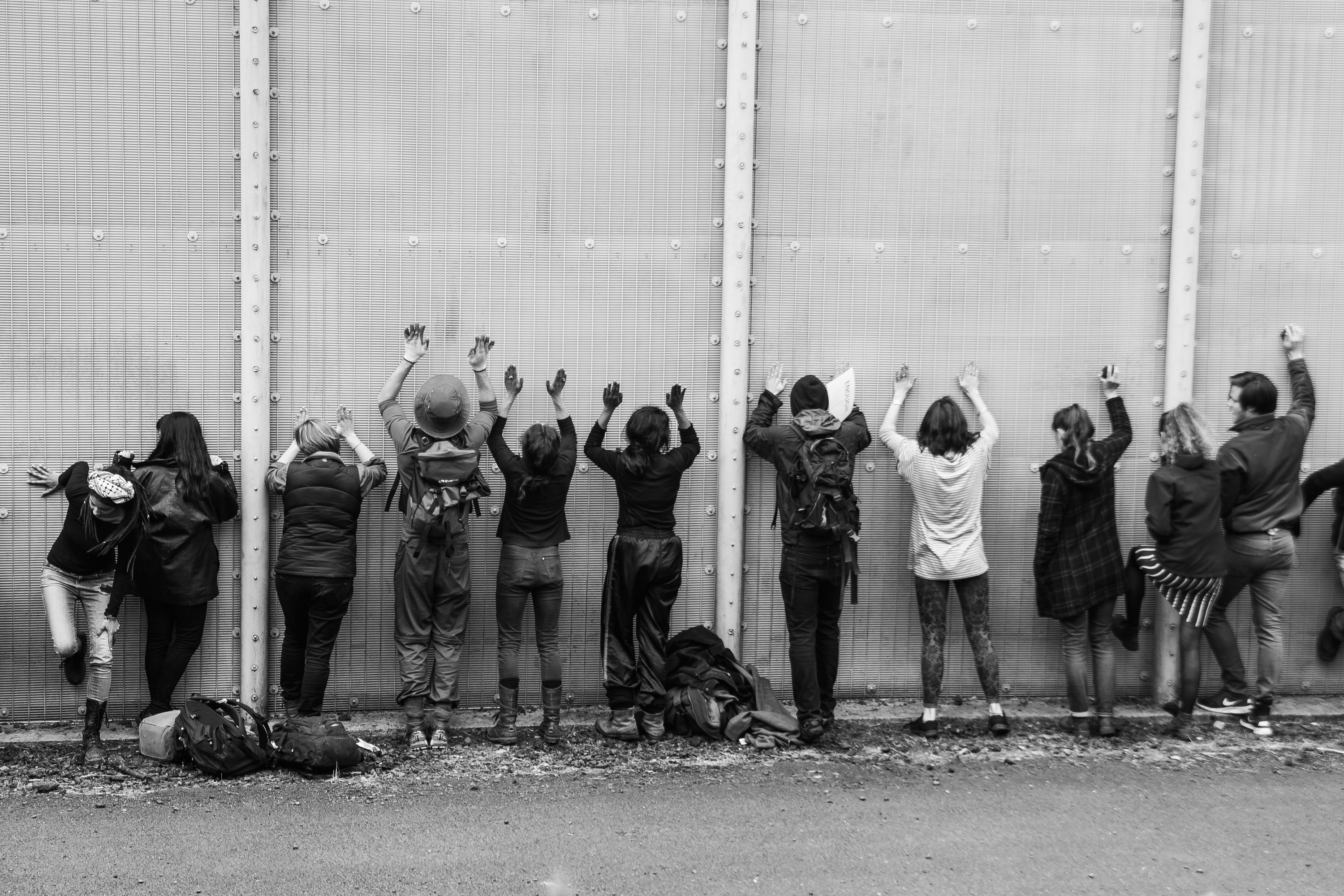 We Will Rise is a campaigning organisation that brings together refugees, migrants, asylum seekers, and allies working together to fight against oppressive and discriminatory policies, with the ultimate goal of abolishing detention Centres such as Dungavel, Yarls Wood, Dunkirk, and others. 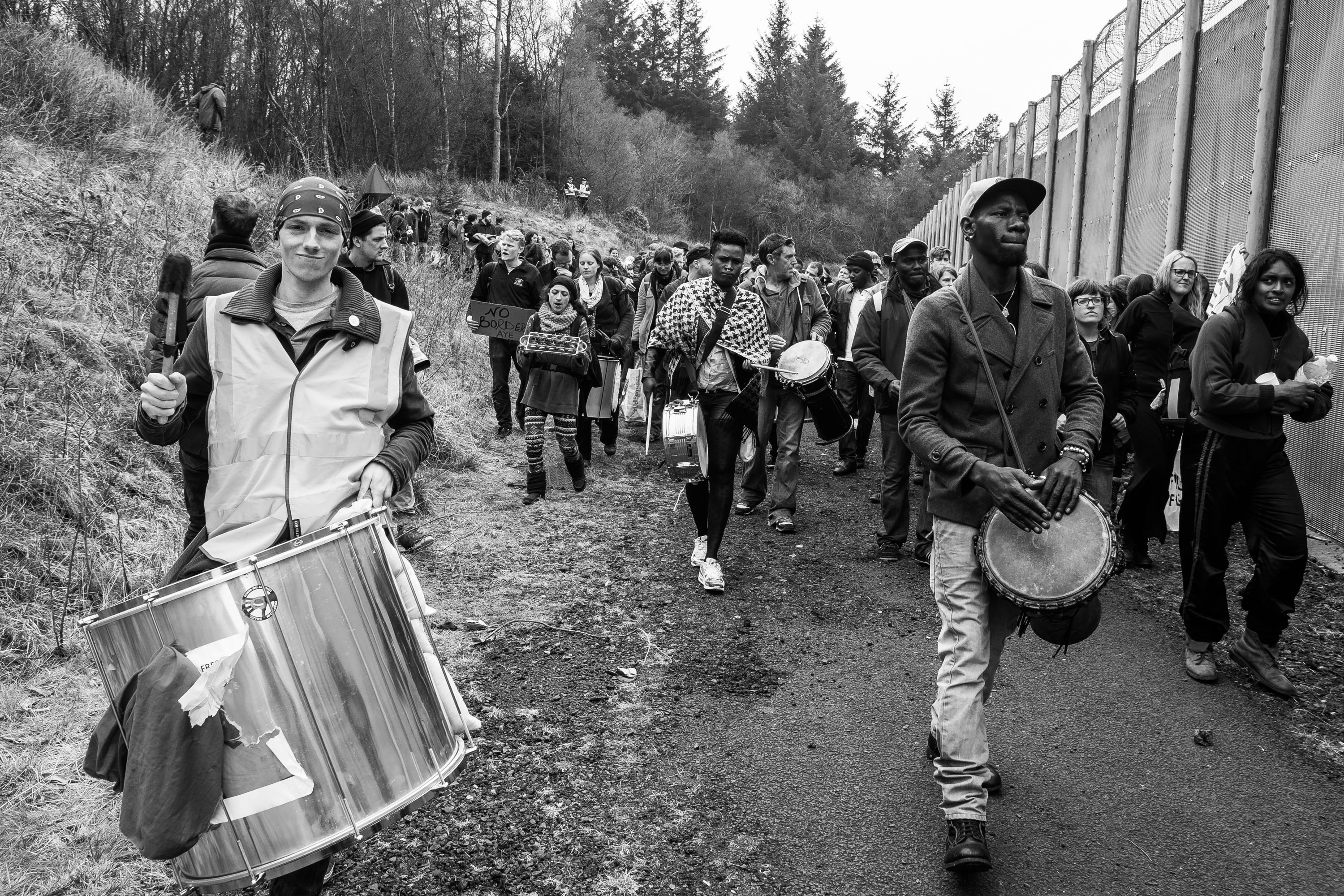 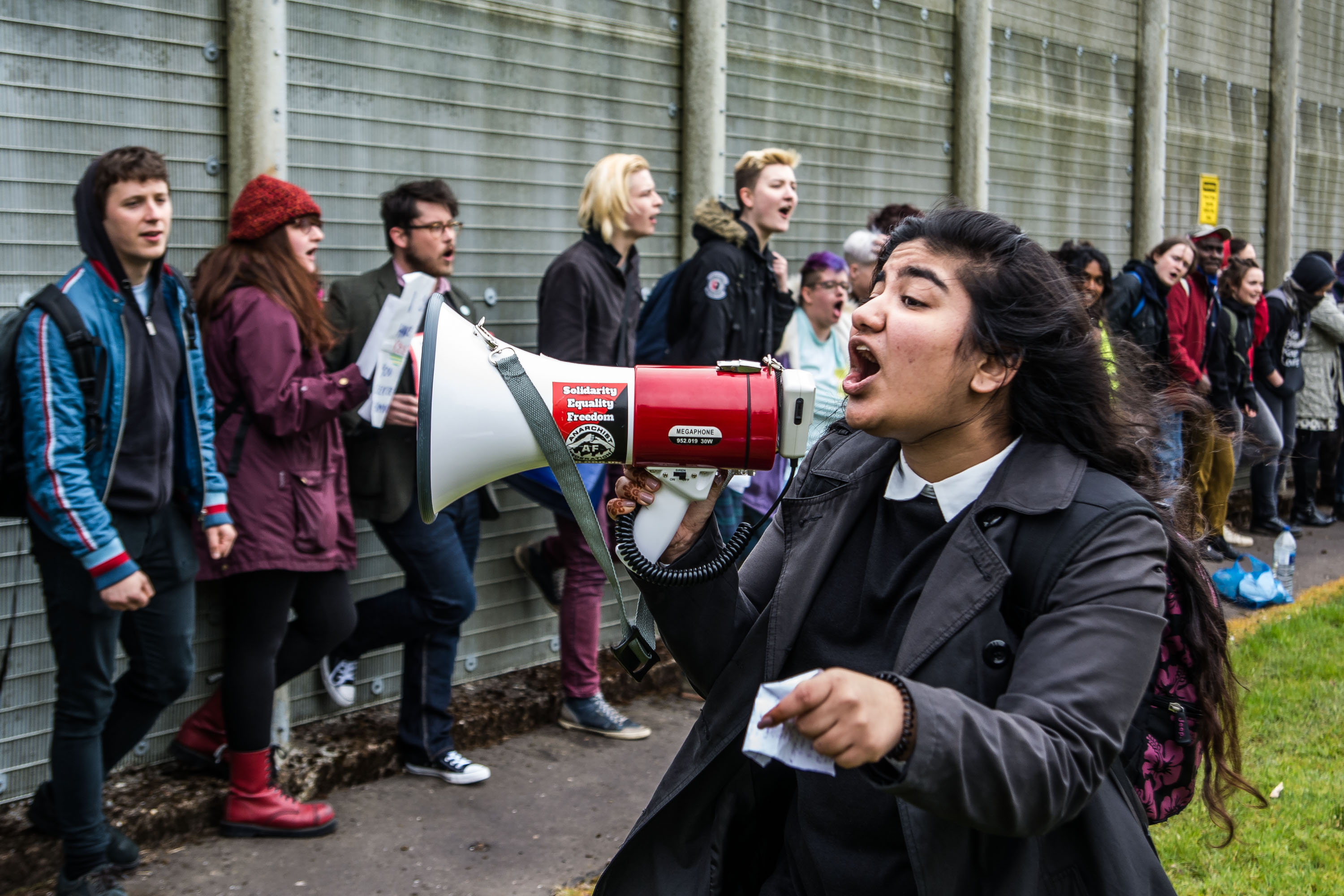 Using megaphones, messages in French, Kurdish, Syrian were yelled over the fences to remind those inside they’d not been forgotten, met with grateful and wild applause. Songs of solidarity were sung by both parties, in moments of high emotion. 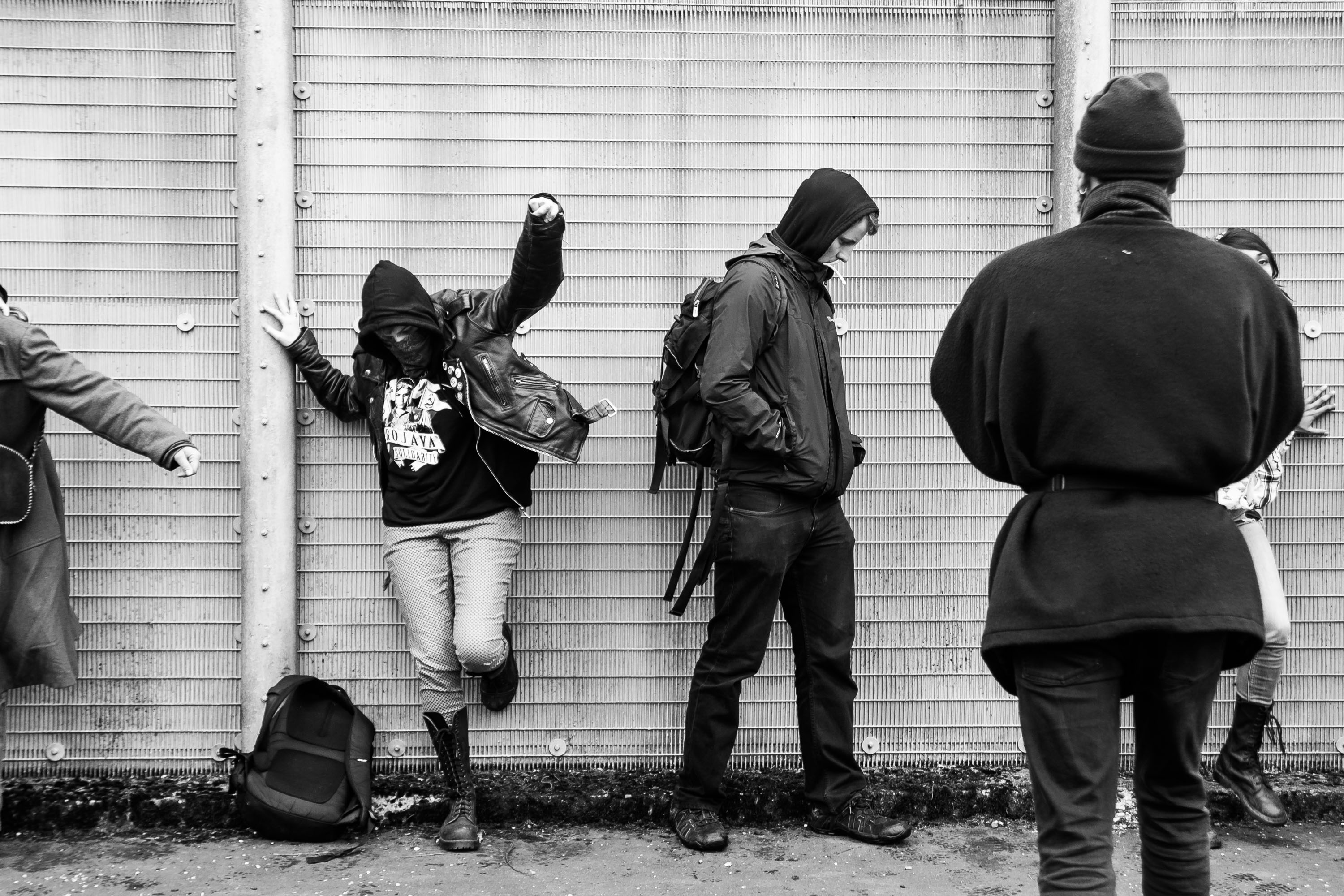 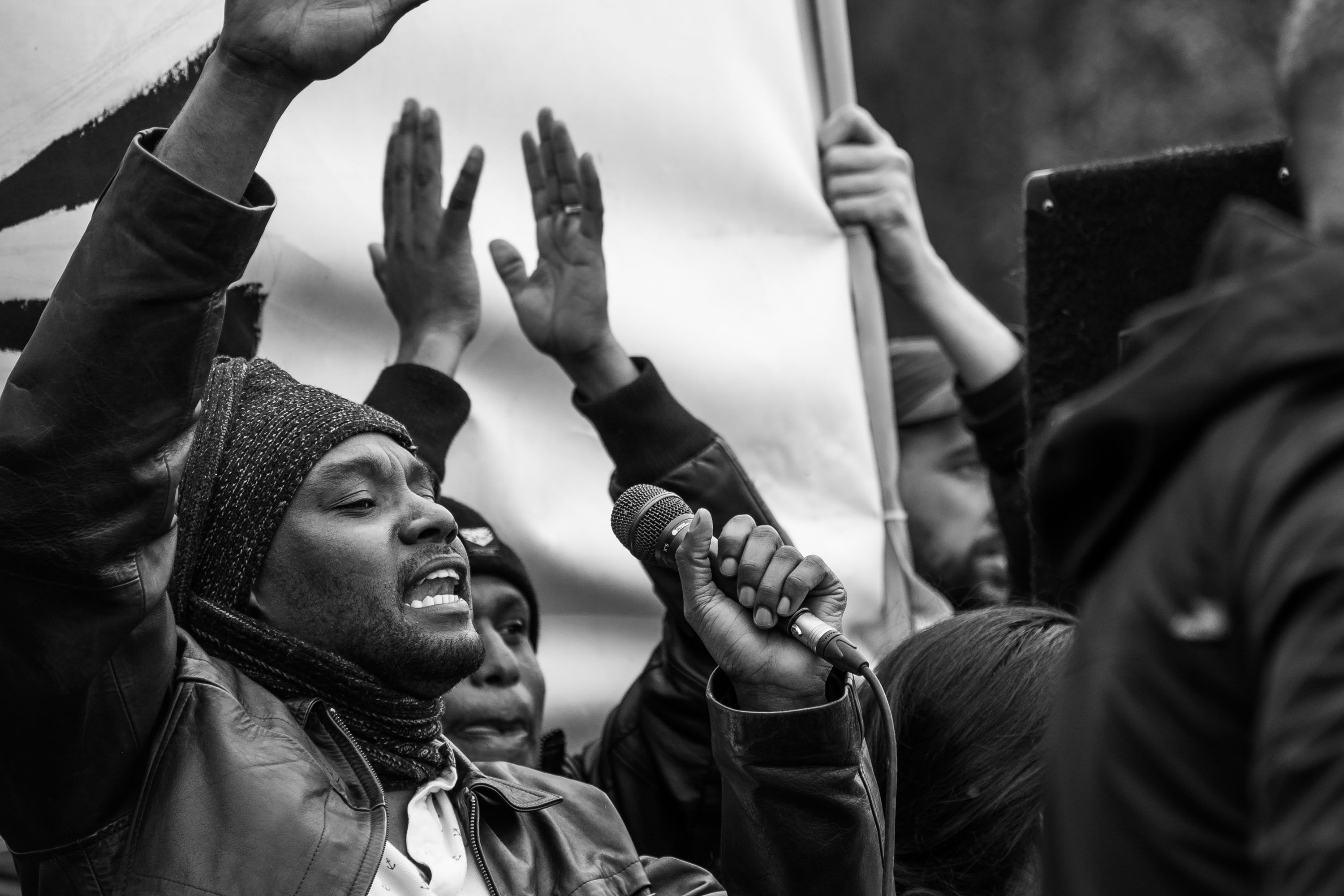 It wasn’t the only action taking place, with protestors lining the fields surrounding the notorious Yarl’s Wood Detention Centre in Bedford, England, too.

Campaigners have long been calling for the closure of detention centres in Britain, arguing the indefinite imprisonment of those seeking refuge and safety in the United Kingdom must end. The current policy enforced by the Home Office of detention  sees individuals suspected of visa violations and those subject to deportation held until a decision is made on their case. 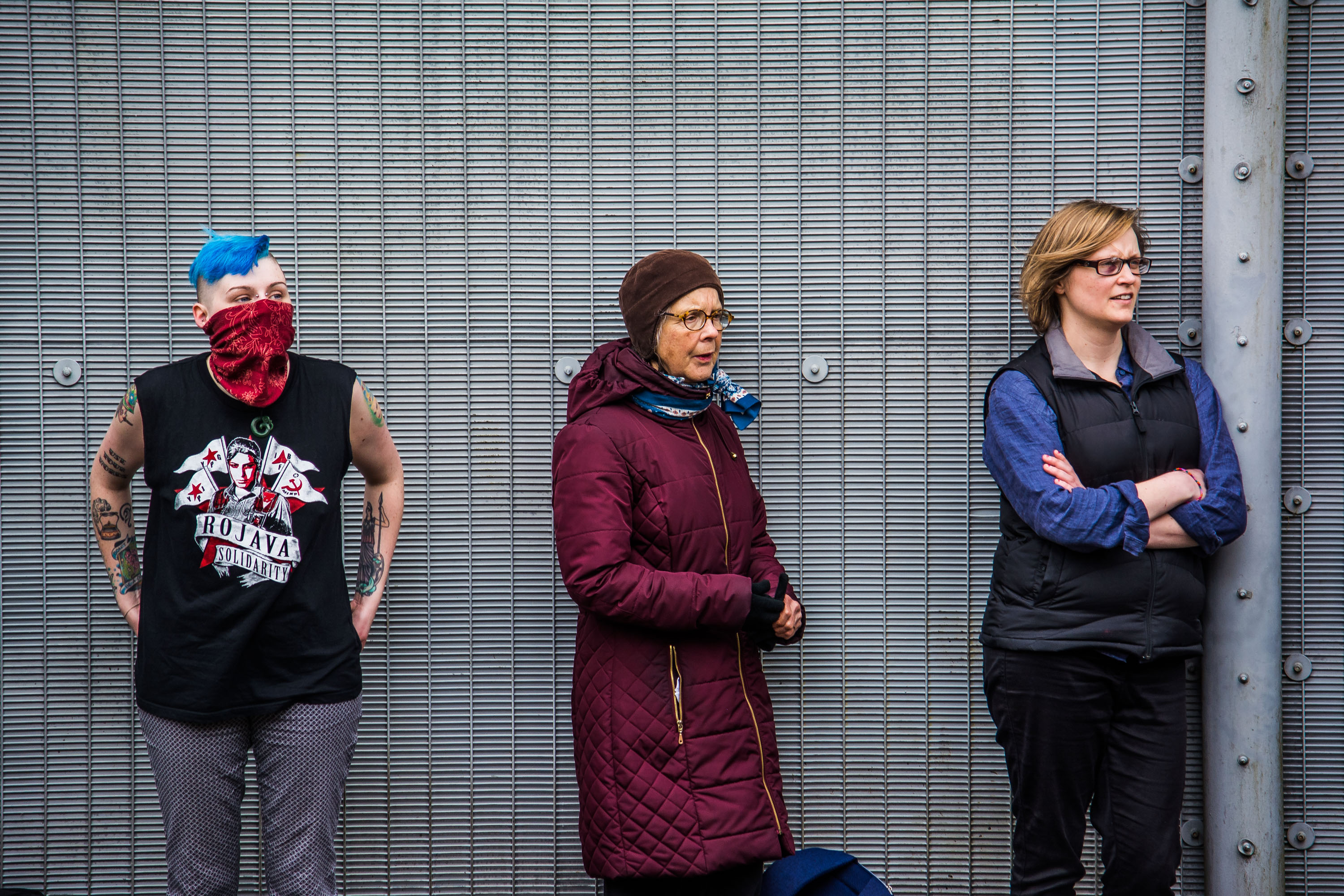 According to the All Party Parliamentary Group on Refugees, the UK is the only country in the European Union not to have a time limit on detention.

To check out more of Jacob’s work, visit his website.

Whatsapp
RELATED ARTICLES
OTHER ARTICLES
In the early 20th century, LGBT artists would defy the law by secretly sharing their work with friends and family members.
The New York rapper pushed hip hop into bold new realms. He lived through a dark time – but with one hand on the mic, he survived to tell the tale.
In the first instalment of a new series supporting locked-down artists, Miranda Smart shares how her work evokes the world outside her window.
In their latest project, A Glittering Eye, photographers Courtney Asztalos and Michael W. Hicks capture a lavish world on the brink of collapse.
With Native American history almost entirely excluded from the US curriculum, a group of illustrators are rewriting the narrative.
It’s been six years since homosexuality was effectively criminalised in Nigeria. Despite this, LGBTQ people in the country are still finding ways to party.