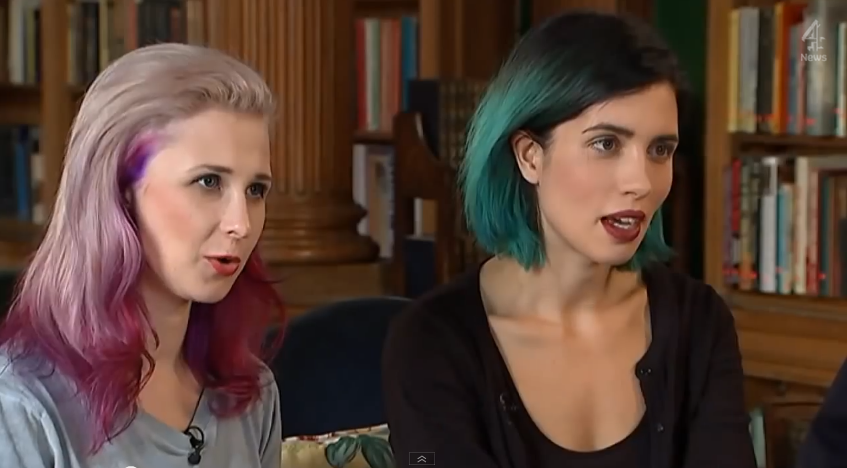 British news – ordinarily a grey suit soup of boring-looking pundits – had an injection of life this week as Russian art activist duo Pussy Riot visited the island to talk about their political action against Putin.

The two brave feminists – Nadezhda (Nadya) Tolokonnikova and Maria (Masha) Alekhina – who have both served prison sentences for their protests (impromptu balaclava-headed punk shows in first Moscow’s ultra-orthodox Cathedral of Christ the Saviour and then the Winter Olympics host-city of Sochi, where they were whipped and pepper sprayed), advocate a different sort of dissent through art, music and popular culture.

Their critics might write them off as sensationalist pop stars but the radical duo are working, tirelessly and fearlessly, at a grassroots level to make change in their authoritarian country.

Here’s a round-up of some things we learnt from their recent visit.

Frustrated with the lack of free speech and inhumane Russian prison system (of which they have first-hand experience) Pussy Riot have set up two organisations Mediazona and Zona Prava, which deal with those issues respectively. Mediazona is an independent news service that mainly focuses on courts, law enforcement and prison systems and Zona Prava is a human rights organisation that offers legal, psychological, and informational support for persecuted prisoners. 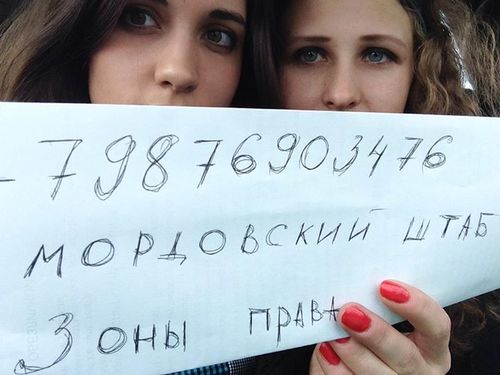 In a press conference with the Guardian the duo expressed solidarity with billionaire-activist Mikhail Khordokovsky – whose transformation from a ruthless oligarch into a political prisoner and freedom fighter is one of the more intriguing tales in post-communist Russia, according to the Economist. Said Masha: “We think that he has a lot of political potential, and that if he runs for elections he will be one of the leaders. We think that he’s a good example of how you can act in Russia.” 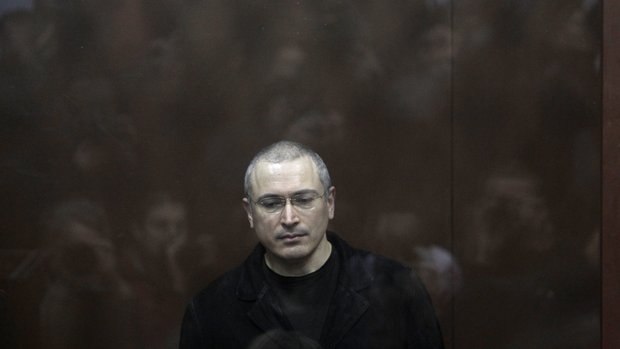 3. They don’t believe the Cold War ever really ended

In an interview with Channel 4 legend Jon Snow, the news anchor asked the activists if they believe Russia and the West are heading into another Cold War – a suggestion made by Gorbachev at an event to celebrate the 25th anniversary of the fall of the Berlin Wall. Nadya chuckled as she commented the war had never ended. “The people who are running our country now are from those Soviet ages,” she said.

4. They made hot tea in prison by burning tampons

Not a euphemism (although it’d be a good one). In the aforementioned Guardian press conference Nadya explained some of the skills she acquired in prison – such as opening tin cans with asphalt (WTF?) and heating water for tea with burning tampons. I have no idea if she’s joking or not but it’s a great image nonetheless and exhibits Pussy Riot’s dark sense of humour. “If I hadn’t gone to prison,” she said, “I’d never know how to use simple thread to do your eyebrows.”

5. They chose punk because they had no other choice

Although their brand of activism can rub people up the wrong way – people criticised them for buddying up with Madonna, for example – they are resolute that loud, colourful protest (through populist channels) is one of the only ways they can make their voice heard. “In a reality where you don’t have a big, influential independent media, or people who are allowed to protest,” they told Radio 4 on Woman’s Hour, “you have to do your best with ‘bright actions’, which is why we decided to do it with punk.”

Linkedin
RELATED ARTICLES
OTHER ARTICLES
When a group of single mums occupied an empty council estate near the Olympic Village, they made the UK housing crisis impossible to ignore. But what’s driving Londoners out of their homes?
The battle for the Southbank skate spot is still raging but no matter what the outcome, the Southbank activists (LLSB) have succeeded in mobilising a stigmatised London youth.
The onus is on the punk community to treat Tom Gabel's new gender with respect. But how well has it treated women in the past?