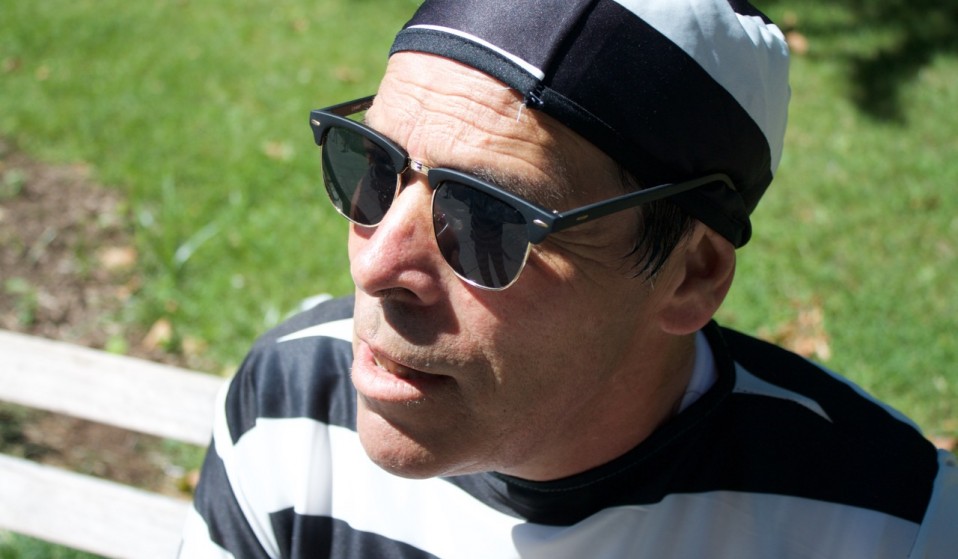 As an activist, comedian and general nuisance to authority, Randy Credico built up enough love in New York City to run for governor. Now he's targeting mass incarceration. And the city comptroller should be afraid.

As an activist, comedian and general nuisance to authority, Randy Credico built up enough love in New York City to run for governor. Now he's targeting mass incarceration. And the city comptroller should be afraid.

Aside from a few dozen city employees sitting quietly at metal tables on quick lunch breaks and the hum of distant traffic from the Brooklyn Bridge, the steps leading to the Manhattan Borough Municipal Building were uncharacteristically peaceful at 12:30 p.m. on Tuesday.

But when Randy Credico and Andres Rieloff arrived – both clad in black and white prisoners’ overalls, the latter with an acoustic guitar in hand – that peace was disturbed.

The duo was twenty minutes late to its own protest. 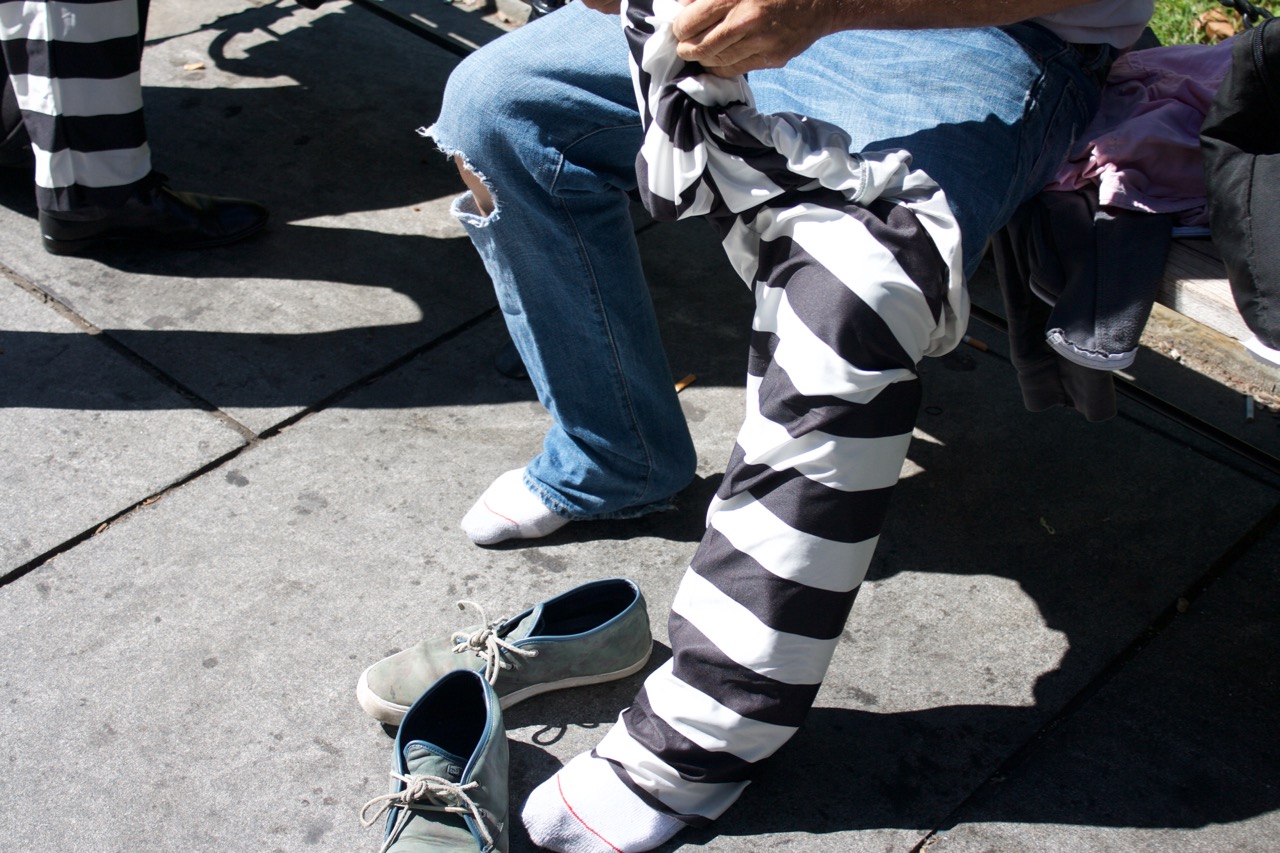 Today their campaign focused its attention on New York City Comptroller Scott Stringer. The duo allege that Comptroller Stringer has invested heavily in private prisons around the United States with the city’s $165 billion public pension fund that he controls.

Stringer’s office declined to comment on the allegations, though they confirmed that they were aware of EpicNow’s activity. 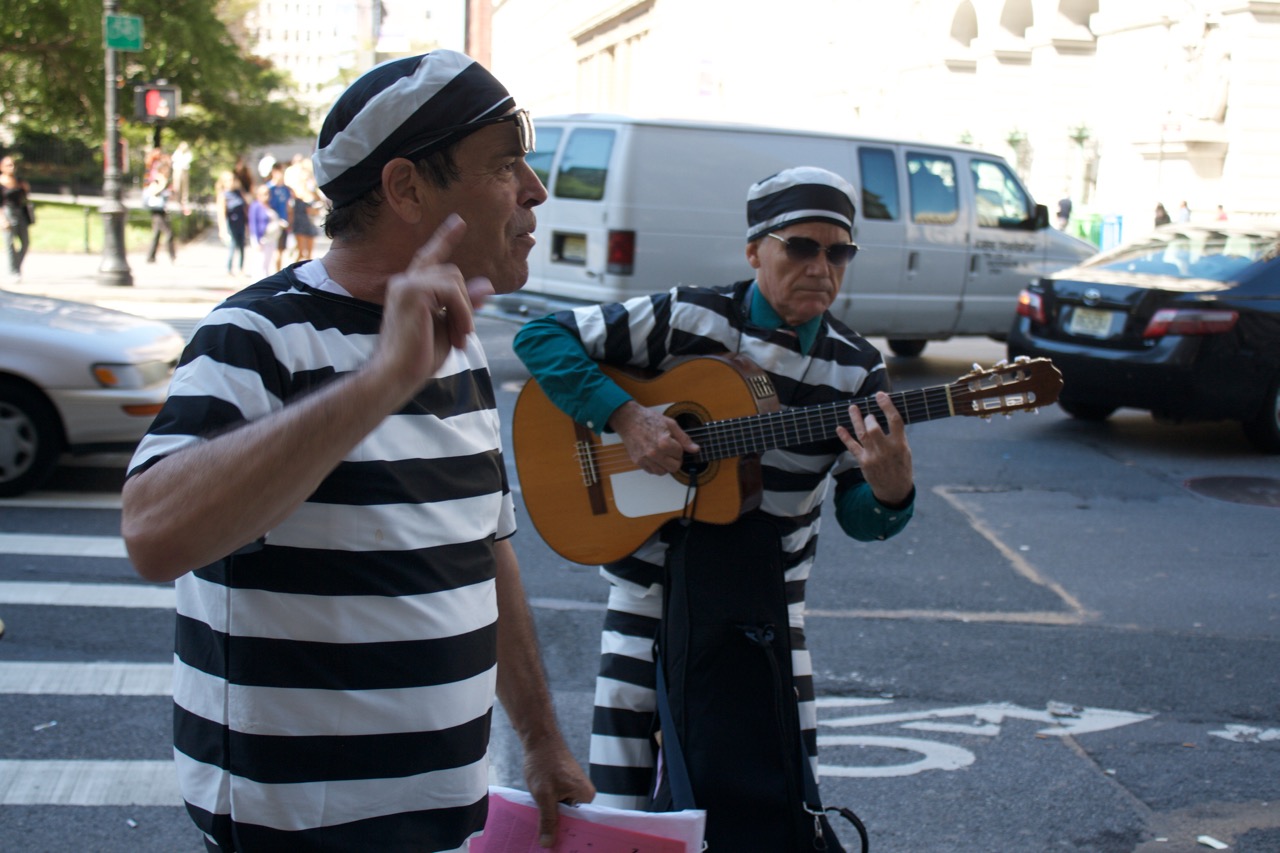 “Take a look at the scandal of the century, folks,” shouted Credico, stuffing pink leaflets laying out the duo’s allegations into the hands of passers-by, rarely pausing to make eye contact with the public. Rieloff played background guitar throughout, occasionally interjecting by singing: “Wake up, or you’ll be singing the blues.”

A leaner figure since overcoming his drug and alcohol dependencies – he is now 78 days clean – Credico was constantly in motion during the protest. He waved his hands in the air, pointed towards Stringer’s imagined office in Municipal hall, his dark eyes growing wider every time he drew a more compelling parallel between private prisons and a horrific historical event.

“Scott Stringer: Prison Man,” he shouted at one point. “He would have invested in slavery, Germany, Apartheid[…] Look what this sick man did.”

The protest took a bizarre turn at 1:15 p.m. when Oklahoma City Thunder point guard and four-time NBA All-Star Russell Westbrook arrived for a fashion photo shoot and posed no more than three feet away from Credico and Rieloff.

Westbrook declined to comment on the protest, but turned around and was visibly perturbed when Credico compared Stringer’s alleged investment choices to “modern slavery.” 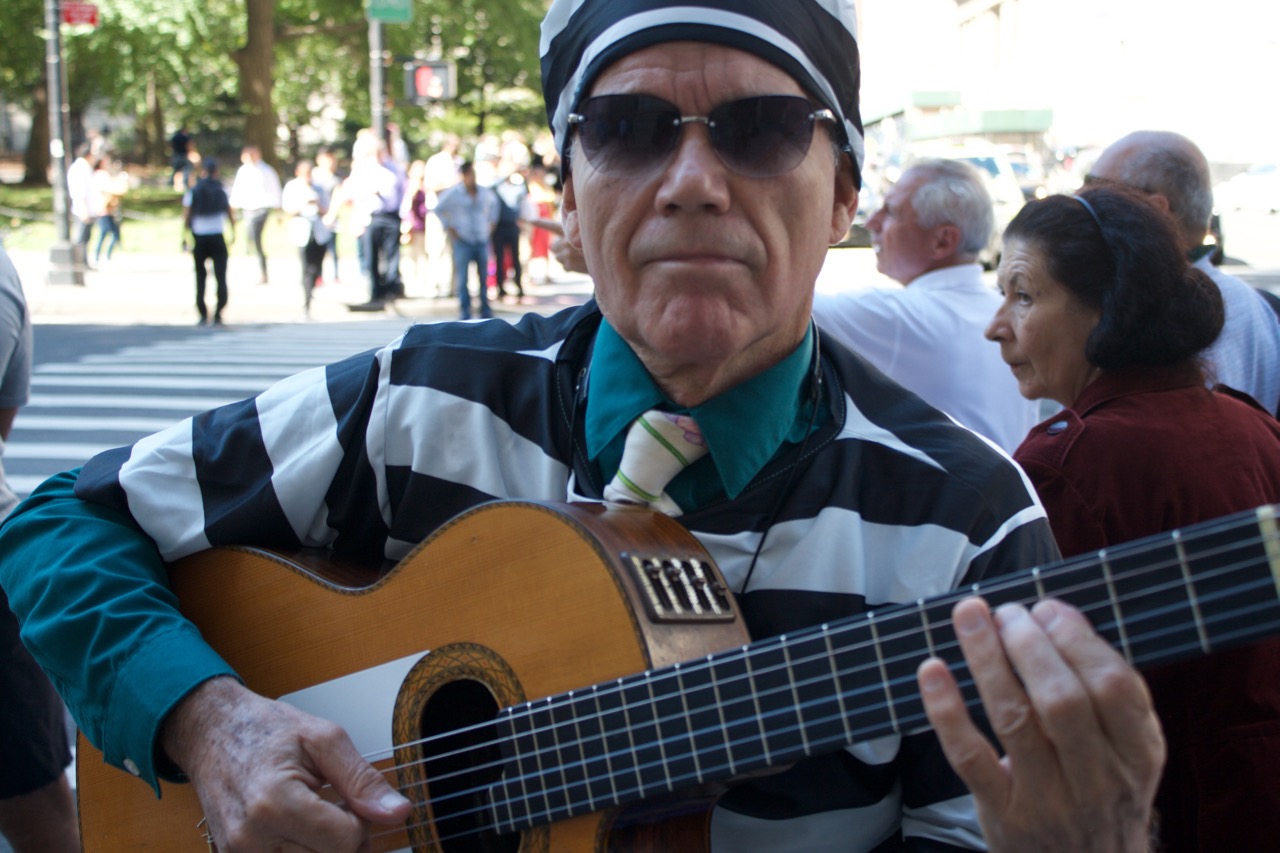 Other than this unfamiliar occurrence – “Dennis Rodman is here,” said Credico, “I didn’t know he was still going” – much of this was well-worn political territory for the 61-year-old activist.

A working comedian for over four decades and the subject of the Jack Black-produced documentary Sixty Spins Around The Sun, he ran for the US Senate and for Mayor of New York before pulling in 3.6% of votes in the 2014 New York gubernatorial race, keeping mass incarceration near the top of his agenda throughout.

Paul DeRienzo, the co-host and director of Manhattan Neighbourhood Network’s Let Them Talk echoed the sentiments of his long-time friend, Credico:  “There should be no financial incentive to putting people in jail,” he said whilst Credico continued his improvised monologue. “What’s happened to our country? Is it just a crazed militaristic police state?”

Though the pedestrian traffic past the protest mostly comprised city employees, many of whom worked beneath Stringer in the Comptroller’s office, others engaged with the activists and shouted messages of support.

Jason Lahamata, a twenty-five year-old Long Island City resident, said that he was encouraged by the duo’s actions, though his energies were spread more disparately than those of the protesters themselves: “I feel there should be more protests like this,” he said. “There are a lot of jackasses out there on Wall Street trying to take our money[…] I have an open interest to hit the street.”

Linkedin
RELATED ARTICLES
OTHER ARTICLES
Rhiannon Adam spent three months capturing an ageing society wracked by division, isolation, and the aftermath of scandal.
Financial turmoil is pushing people who work in the sex industry into more dangerous and desperate situations as a means of survival.
Birdy Chu reflects on documenting the historic moment in which the territory was formally passed back from the UK to China.
Thousands attended the annual event this year to wheelie through the city and call for ‘knives down, bikes up’.
As the Scottish government announces a rent freeze, an activist with Living Rent who fought and won shares how they did it, and what must come next.
Cindy Campbell recounts how her brother ushered in a new era of musical culture at a party she held in the Bronx in ‘70s.