News & Politics / Activism / Refugee crisis: how can you help? 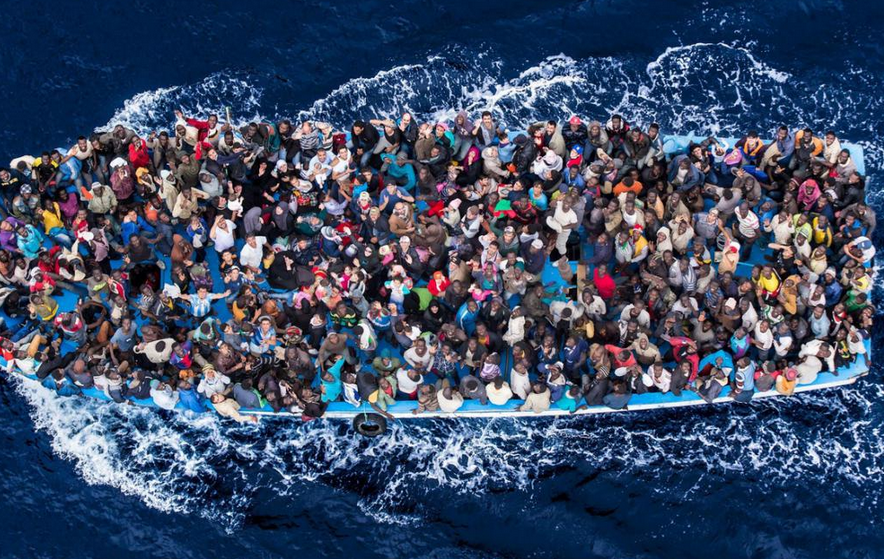 If you're shocked and appalled by what you're hearing and seeing about the refugee crisis, here are some practical things you can do to help.

If you're shocked and appalled by what you're hearing and seeing about the refugee crisis, here are some practical things you can do to help.

The devastating photographs of a young lifeless Syrian boy washed up on the shores of Turkey yesterday has seen public interest in the refugee crisis peak, apathy shrink and public perception shift. With the world’s focus now on the tragedies unfolding along European borders and beaches many will be feeling despondent and frustrated about what they, as individuals, can do.

Despite the increasing public frustration at government inaction there has been a groundswell of grassroots organisations and individuals feeling compelled to help. From contacting your council to donating a dictionary here are just some of the different things you can do:

There are numerous organisations taking financial donations. Based in Malta, the Migrant Offshore Aid Station is a registered foundation financed by private individuals and donations which runs rescue vessels in the Mediterranean sea. It aims to reduce the deaths of refugees at sea by directly assisting people who find themselves in danger during dangerous crossings and claims to have so far saved the lives of over 9,000 people.

The UN Refugee Agency (UNHCR) is targeting money across Europe and Syria. You can donate any sum or choose select larger amounts to buy tents, mosquito nets and clean water for the displaced or medical supplies for those who remain trapped in Syria. The International Rescue Committee is using funds for emergency supplies in displacement camps while the International Committee of the Red Cross is providing food and other relief for those remaining in Syria and those fleeing the conflict. The British Red Cross lets you choose the appeal for your donation and gives you the offer to buy blankets and mattresses – so far their general donations have provided £94,000 to help survivors trying to cross the sea to Italy. Save the Children also offer that donations of £50 can be targeted toward individual humanitarian crises and Refugee Action continues to take individual, monthly and targeted donations.

For those who would rather make direct donations there are numerous groups and individuals collecting practical items to deliver directly. CalAid is made up of volunteers and are gathering clothes and supplies at a base in East London for refugees in Calais. The next drop-off date is Sunday 6 September and they plan to do fortnightly collections and provide lists of what items are and aren’t needed. Calais Migrant Solidarity is doing similar work and has a spreadsheet helping to find regional collection points.

Through Just Giving you can see the fundraising pages set up in over 30 countries aiming to collect money with small and specific goals. The Coach and Horses pub in London’s Soho is aiming to raise £5,000 for a mobile kitchen in Calais, Doctors of the World UK is raising the same amount to run field clinics among a huge amount of individuals collecting money to buy supplies.

Verso Books have been working with Calais Migrant Solidarity to take book donations to set up a library in the Calais camps. Music Against Borders  are collecting instruments and the Creative Collective for Refugees is auctioning art to raise funds.

An official government petition calling on the UK to increase support for refugees has now more than 200,000 signatures and will be debated in parliament. Individuals can find and write to their local MP by finding their address using the parliamentary database. Similarly, WriteToThem helps you find the names and address of all your elected representatives using your postcode. Citizens UK is running training sessions across the UK to teach volunteers on how to lobby their local council to consider resettling 50 refugees.

Facebook is awash with events and groups planning to march from Marble Arch to Downing Street on Saturday 12 September ahead of European emergency talks, the largest of which has over 24,000 people promising to attend.

Refugees Welcome based in Germany has attracted huge public support in recent weeks after being dubbed the “Airbnb for refugees” where people can sign up to host people, with hope it could move to the UK and further afield soon.

Several of the groups collecting money and donations are also looking for help in organisation and distribution. Avaaz are also signing up volunteers to help with “advocacy and the integration of refugees in our communities” in the hope to send a similar message to that given by the 12,000 Icelanders who volunteered to take in refugees this week.

Linkedin
RELATED ARTICLES
OTHER ARTICLES
Organisations like CalAid, Refugees Welcome and the thousands of Icelanders offering their homes to displaced people, are doing more than responding to an international emergency, they're building a better Europe.
The lack of government humanitarian support and incendiary media coverage has prompted ordinary people to go to Calais and help out any way they know how.
Photographer Mathias Depardon has spent years tracking migration across Europe for his Beyond The Borders project. We asked for his perspective on recent events around Calais.