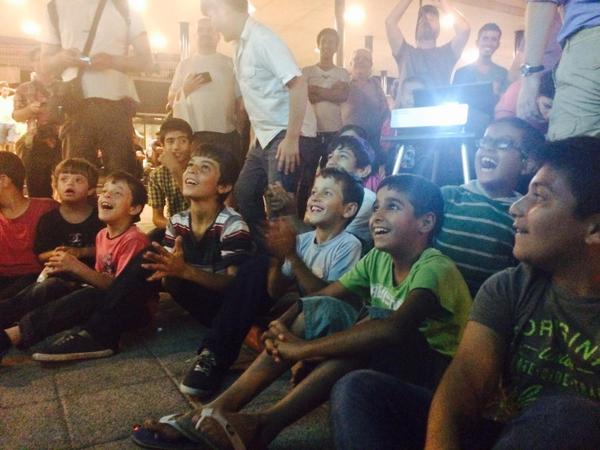 European governments have largely failed to address the continent's refugee crisis. But ordinary citizens have stepped up to help out and show support, any way they know how.

European governments have largely failed to address the continent's refugee crisis. But ordinary citizens have stepped up to help out and show support, any way they know how.

Amid the towering mountain of negativity towards refugees that has built up across Europe, there have been glimmers of kindness, symbolic welcomes and individual offerings of support that have helped to restore our faith in humanity.

Public opinion and media coverage in most European countries is firmly stacked against refugees. While government indifference is the norm in most of Europe, Germany and Sweden stand out as the few who proactively addressed the issue on a national level. Germany has pledged to take in 500,000 Syrian refugees per year for ‘several years’ and many Germans have vocalised messages of support for the new arrivals.

But where European governments have largely failed, individuals across the continent have stepped up to help the plight of  refugees in any way they can. Here are some of them. 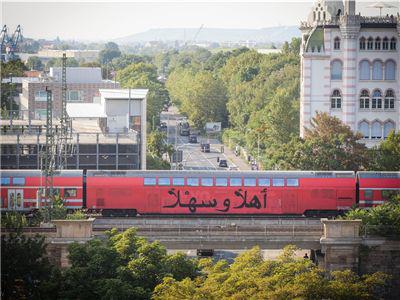 Two Dresden writers showed solidarity with the refugees by painting “welcome” in Arabic on the side of a train carriage in the city, hitting back against racism and xenophobia. By artistically expressing their message on a mode transport, it seems all the more potent.

Supplies and teddy bears in Munich

As migrants arrived in Munich, they were greeted with applause from Germans waiting for them at the train station. On top of that, they were given food, water and toys for the children and people also held up signs that said ‘welcome’ to the incoming refugees. 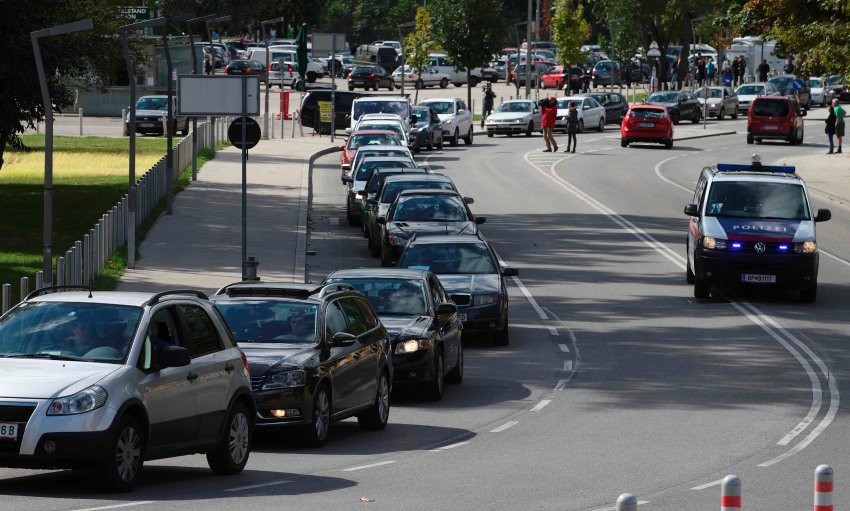 While refugees were stuck in Hungary, a convoy of Austrian volunteers called ‘refugeeconvoy’ crossed the border to distribute aid and help refugees cross through Western Europe. One of the activists, Angelika Neuwirth, told the BBC: “We are all human. No-one is illegal.”

Numerous Icelandic residents have joined an initiative to help the refugees, started by writer Bryndis Bjorgvinsdottir. Her Facebook page Syria is Calling already has over 17,000 likes, using the slogan: ‘Just because it isn’t happening here doesn’t mean it isn’t happening.’ It encourages the government to take in more refugees, whose numbers have been officially capped at 50. It has also inspired American initiative Open Homes, Open Hearts US – with Syrian refugees, which aims to raise awareness across the Atlantic and lobby the US government to accept more refugees. 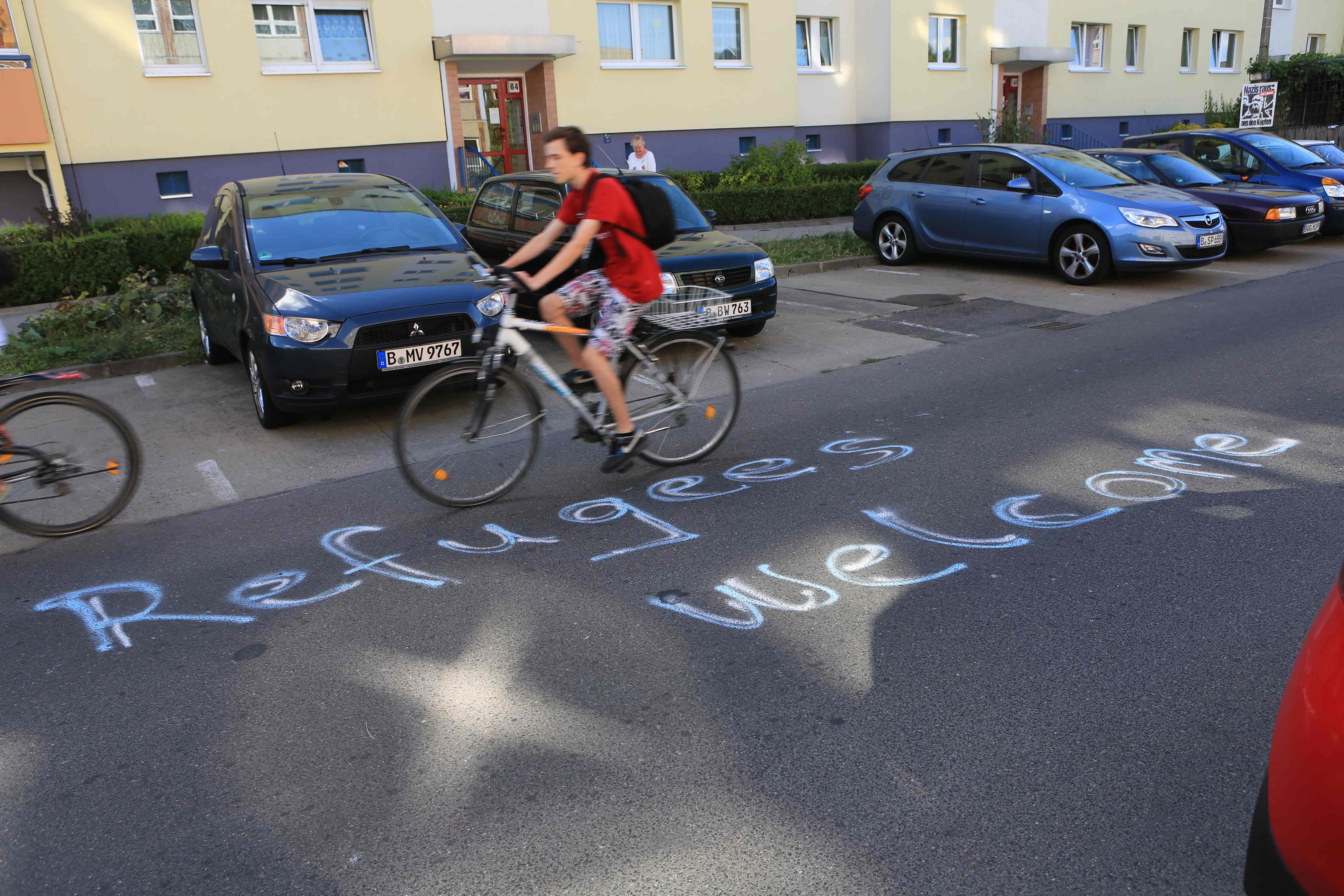 Comme A La Maison (CALM) is an online French scheme that places poorly housed or homeless refugees with French citizens who are willing to take them in. Similarly, in Berlin, a couple as launched a website called Refugees Welcome that matches refugees with roommates, aiming to establish a “more humane culture of welcoming refugees”.

Tom and Jerry screening in Hungary 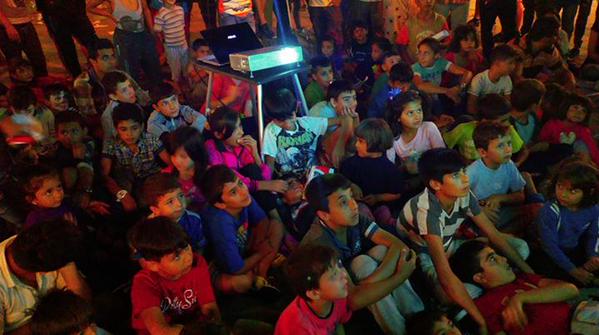 Outside Budapest’s main railway station, a group of volunteers set up a projector and screened Tom and Jerry for refugee children to watch. They had been barricaded outside the station by authorities for 48 hours, but were given some respite.

Refugee Phrasebook is an online collaborative project that aims to give important vocabulary for orientation that can be distributed to refugees. Its collaborative aspect means that experts can improve and update the material as it goes along. The project has phrases in 28 languages.

Check out this article to find out more ways you can help.

Linkedin
RELATED ARTICLES
OTHER ARTICLES
Huge public pressure has forced European governments to respond to the global refugee crisis. But for the three thousand people living in deplorable conditions in The Jungle, relief is a long way off.
If you're shocked and appalled by what you're hearing and seeing about the refugee crisis, here are some practical things you can do to help.
Organisations like CalAid, Refugees Welcome and the thousands of Icelanders offering their homes to displaced people, are doing more than responding to an international emergency, they're building a better Europe.