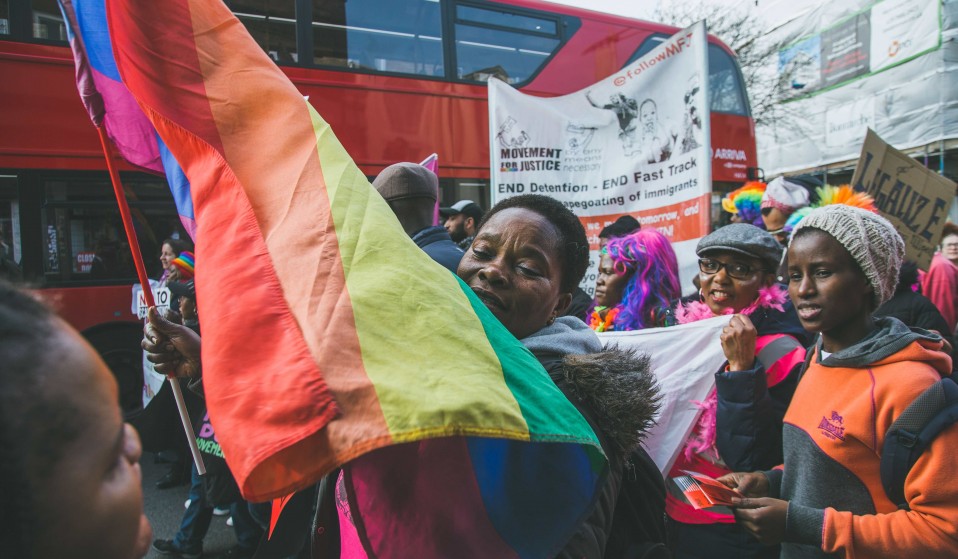 In the United Kingdom, Pride used to be a protest for the LGBT community, but corporate sponsorship now reigns supreme. The battle is far from over for LGBT rights though.

In the United Kingdom, Pride used to be a protest for the LGBT community, but corporate sponsorship now reigns supreme. The battle is far from over for LGBT rights though. This Saturday, activists organised Peckham Pride, a politically charged pro-migrant, pro-LGBT march and celebration. One of the organisers, Charlie Smoke, explains why.

On Saturday, hundreds gathered in London for the second annual Peckham Pride. Peckham – an inner city area of London with a large migrant population, particularly from Nigeria and Ghana – has been the site of increasingly aggressive attacks by the UK border agency. Often it’s LGBT asylum seekers being dragged away from their homes. 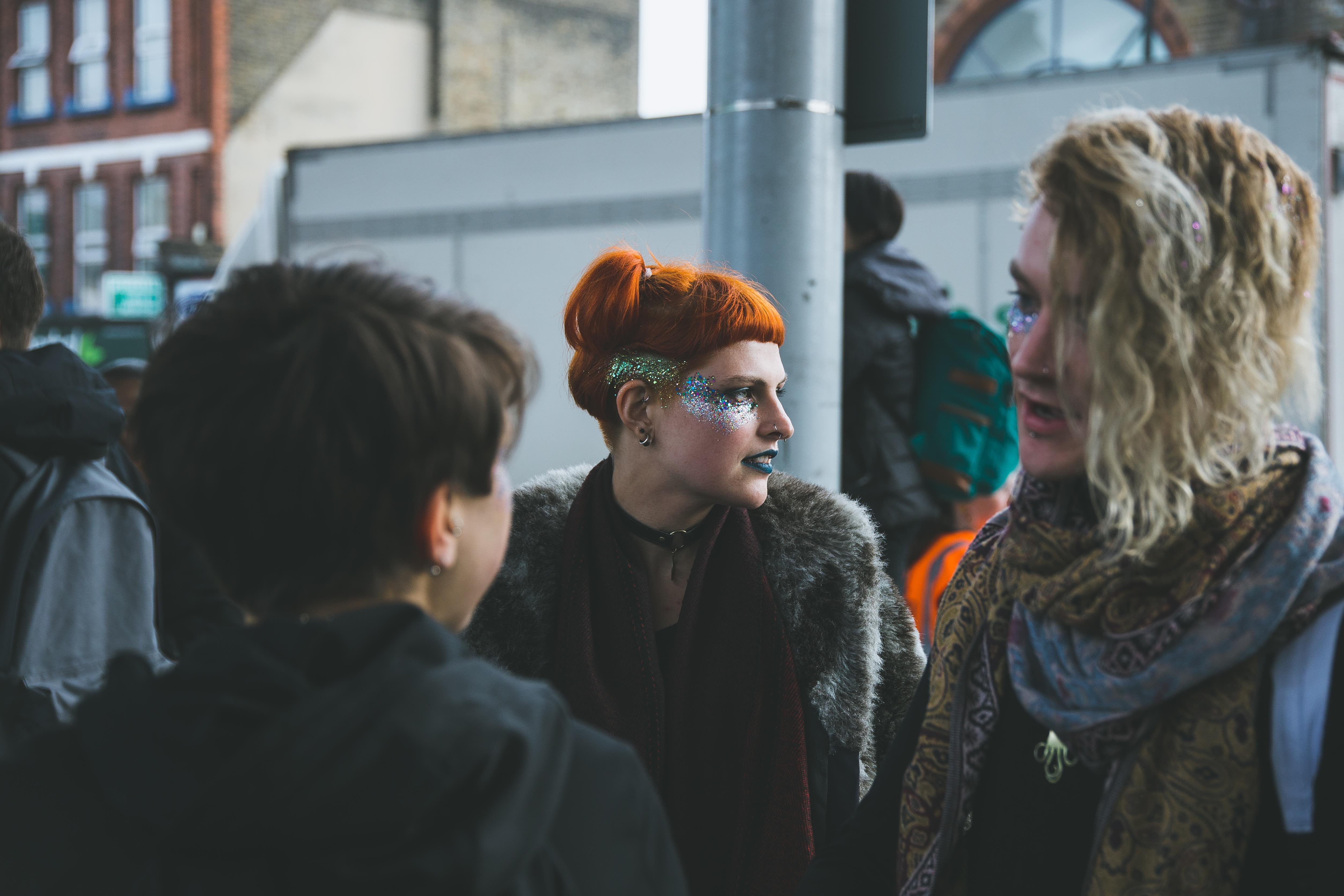 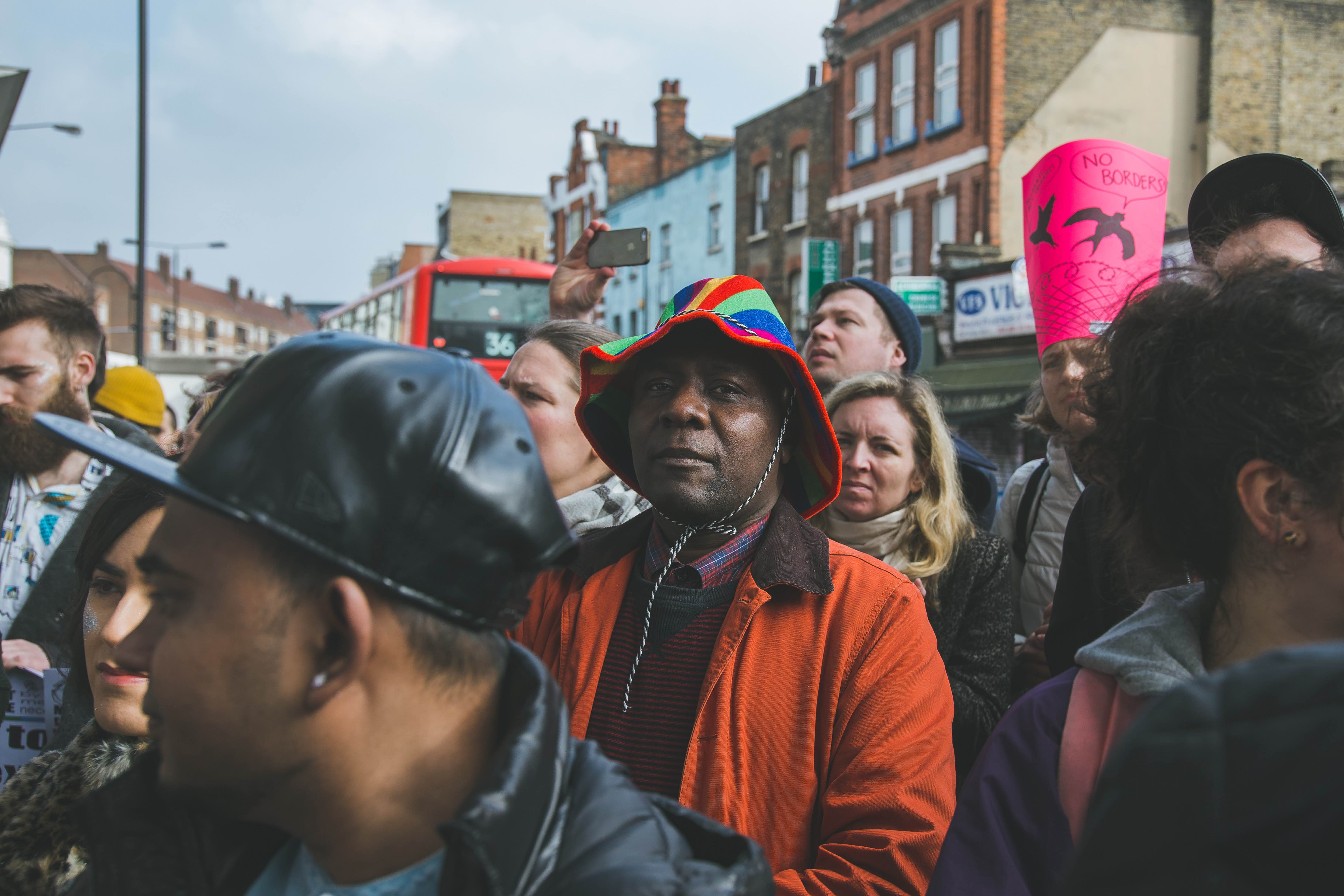 Less than one hundred miles away in the Bedfordshire countryside sits the Yarl’s Wood detention centre. Purpose built on an unassuming industrial estate, the centre is populated by those facing deportation. Predominately housing women, Yarl’s Wood has never been far from controversy, as accusations of sexual assault and abuse hang over the centre.

Last year as thousands gathered to call for its closure, women inside hung banners from the windows stating “Yarl’s Wood officers in relationships with vulnerable detainees”. In 2015, the UN’s special rapporteur on violence against women, Rashida Manjoo, was denied access to Yarl’s Wood by then Home Secretary, Theresa May. Rashida Manjoo was unable to carry out her investigation, while Theresa May became Prime Minister. 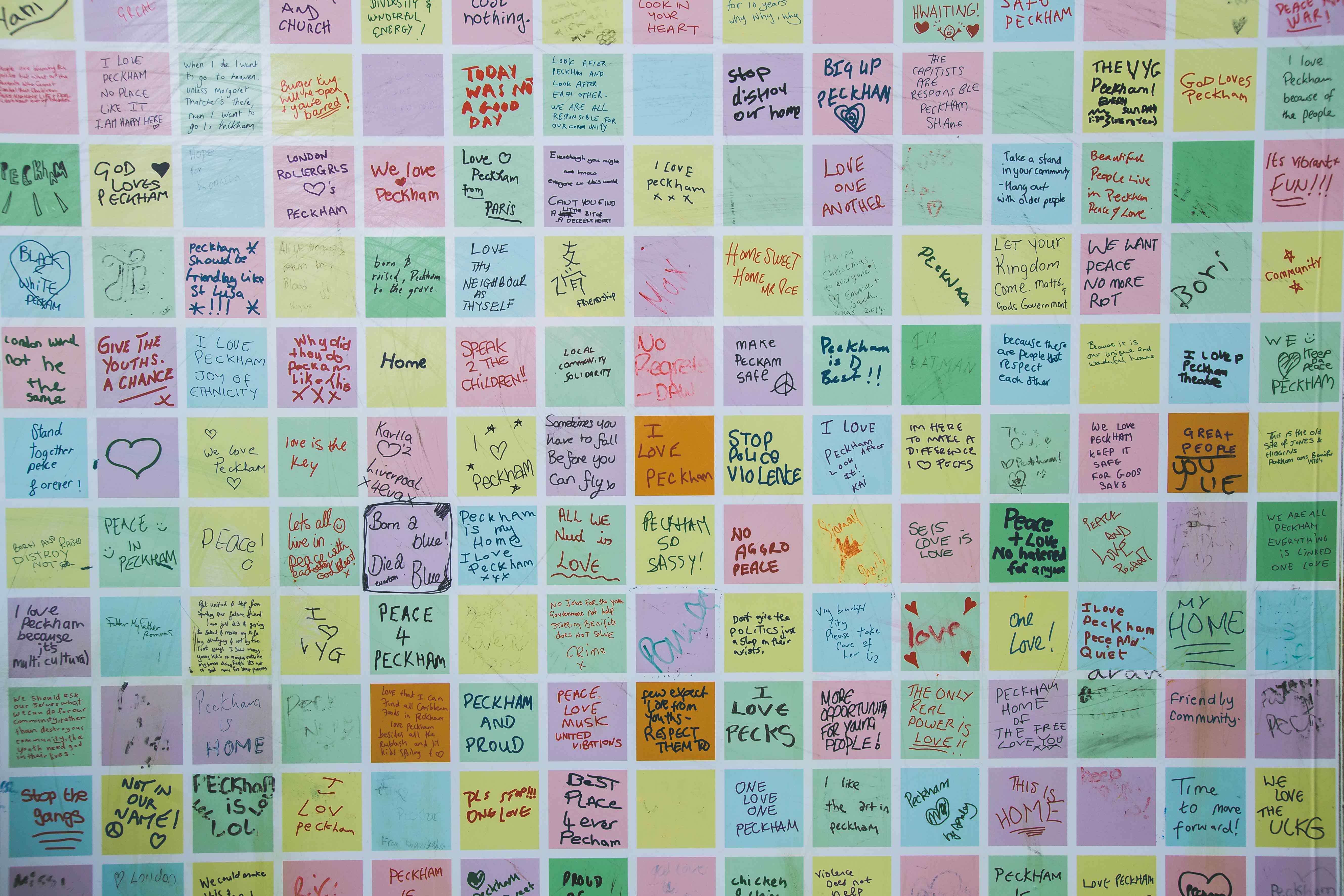 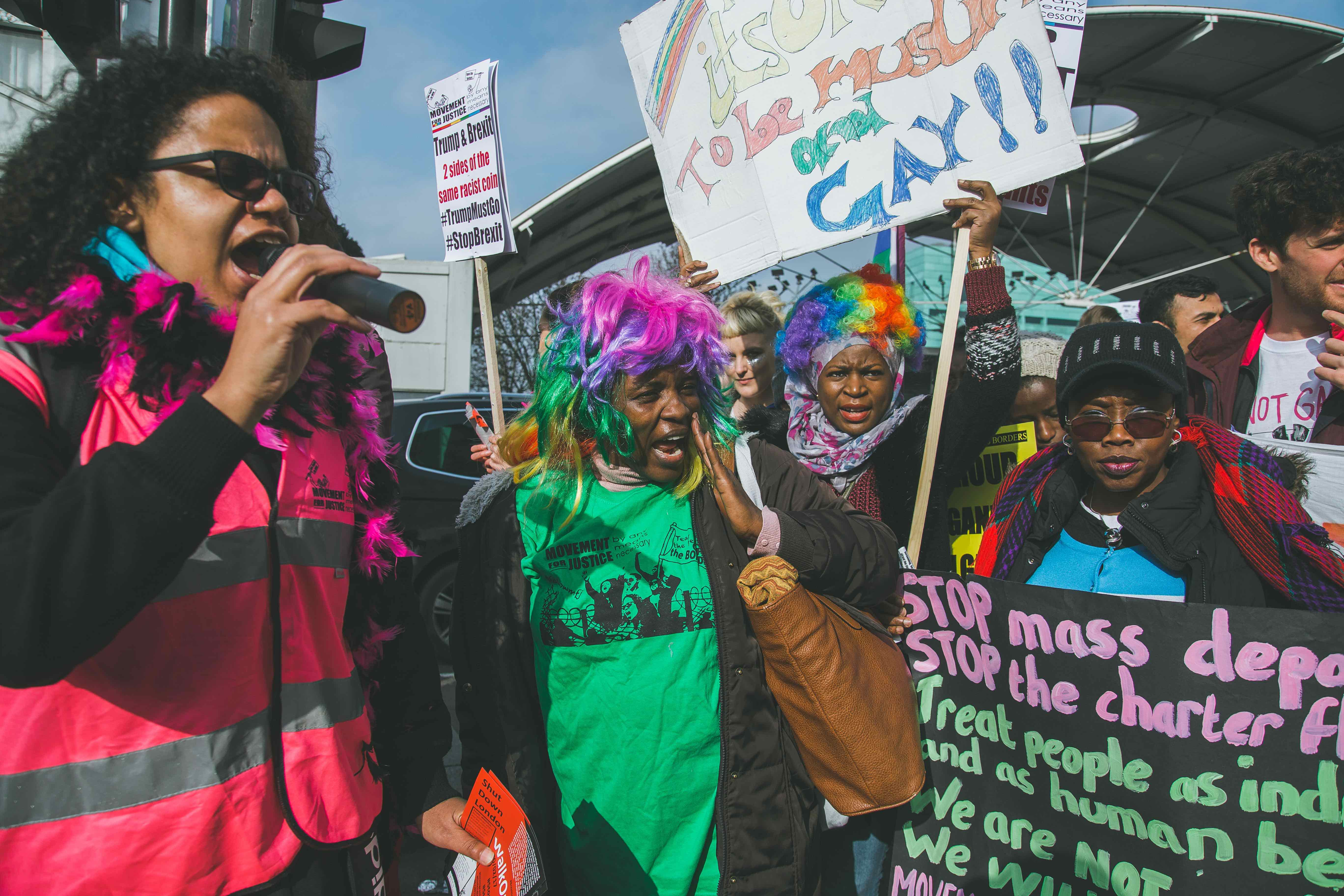 Yarl’s Wood, along with the 12 other detention centres across the UK, is the final stop for around 1 in 10 of the 12-13,000 people who are ‘forcibly removed’ from the UK each year. In 2015 these 12,111 people were made up of failed asylum seekers, visa ‘over-stayers’, ‘illegal entrants’ and others. Each year, the British Government charters flights to deport hundreds of people at once.

Held in individual cells for hours before the flight, locked to security guards as they’re being escorted to the plane, those that are deported in this manner are often done so illegally with their cases being rushed through the courts with little or no due process. 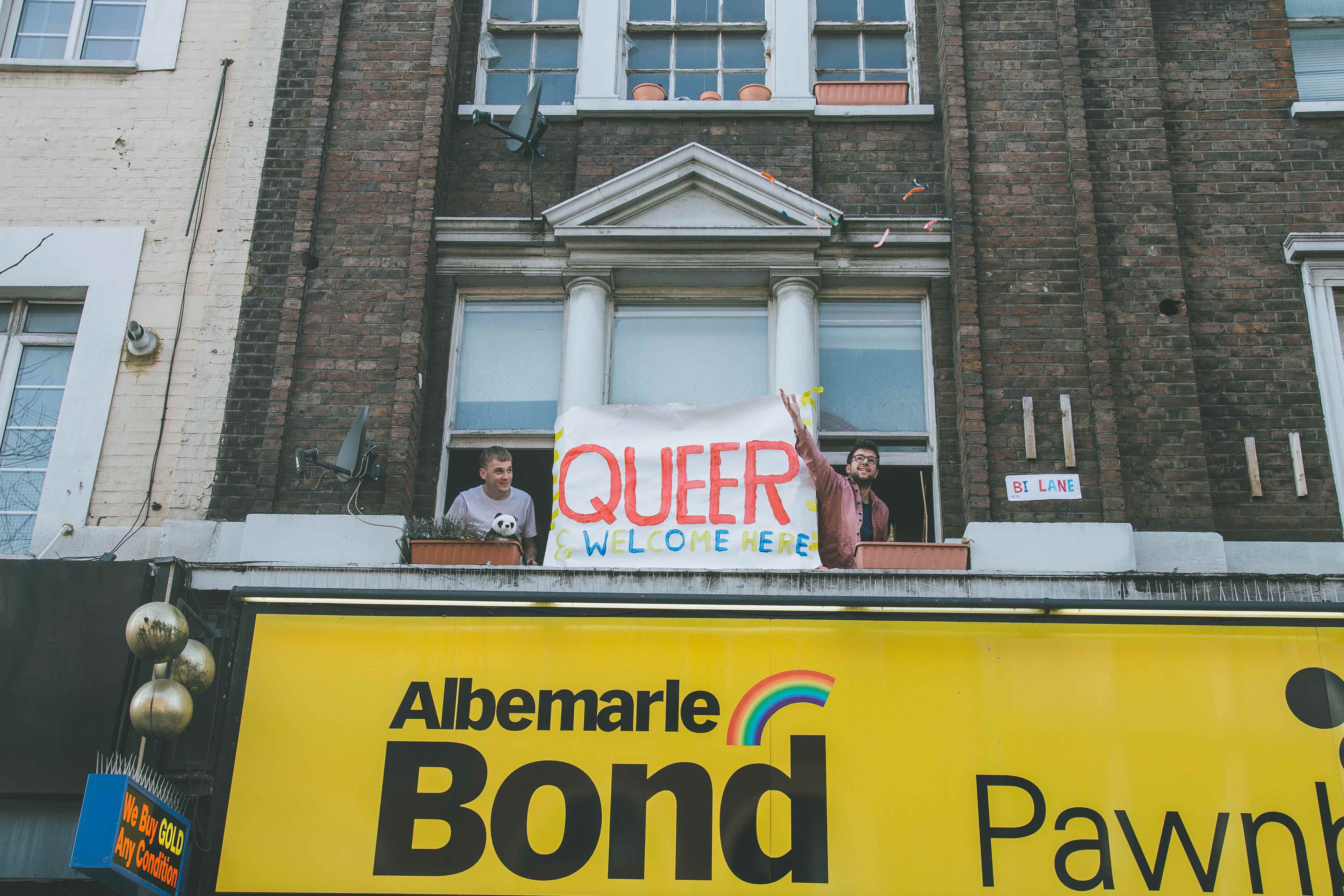 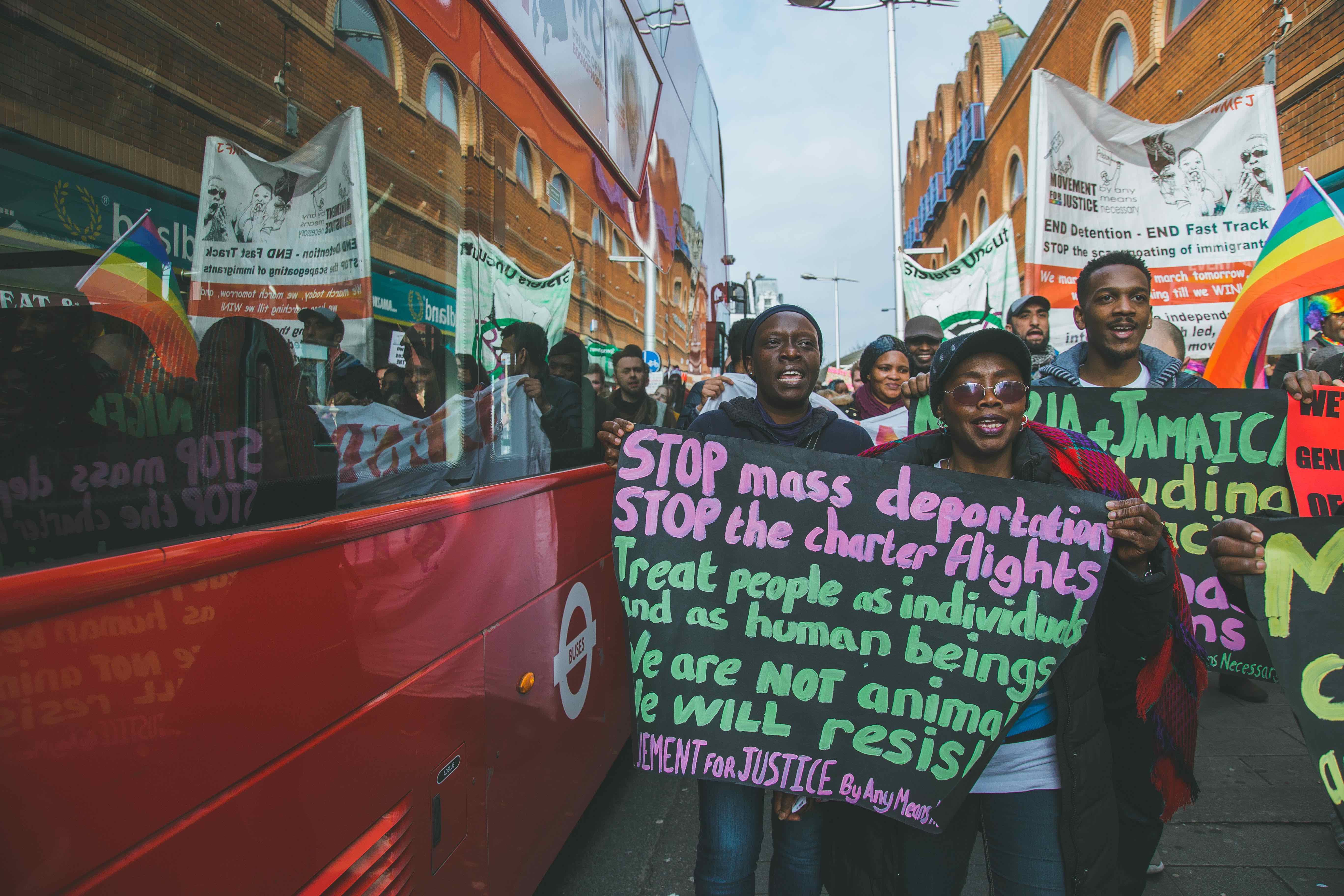 The British Government charter a flight to Nigeria and Ghana which leaves every 2 months. Labeled as ‘Modern Day slave ships’ these flights, employed to ‘meet targets’, lead to an increase in threats in places like Peckham with people being snatched from their schools, streets, and communities in order to fill up the planes.

Peckham has historically always been a place of fightback and resistance, and never more so is this true than in the face of unprecedented attacks from an establishment emboldened and encouraged in its racism and bigotry by the rise in right wing voices like Nigel Farage and Trump. 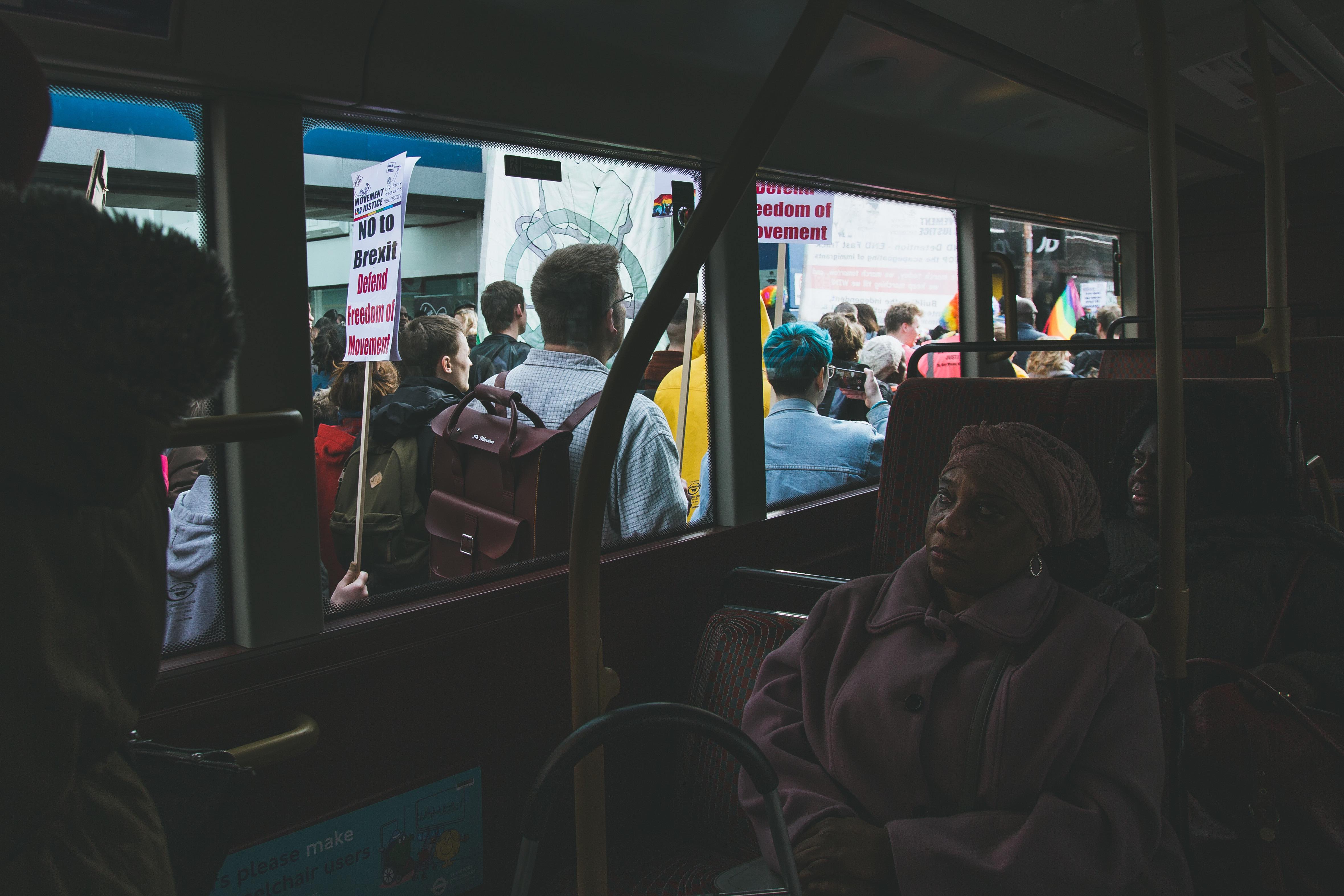 In the face of growing racism and xenophobia, Theresa May’s Home Office, and latterly government, have used the growing disenfranchisement of the working classes to feed their own racist immigration policies.

These policies – from the forced detention of thousands, to the illegal deportation of hundreds and the aggressive and vindictive attacks on communities like those in Peckham – are founded in and inflamed by an unprecedented rise in bigotry.

This bigotry – the bigotry that leads to the systemic physical, sexual and emotional abuse of migrants in detention, to the forced, rushed and, often, illegal detention of migrants, to the brutal and aggravated attacks on communities like those in Peckham – is the same bigotry that led to the historic subjugation and castration of the LGBTQ community. 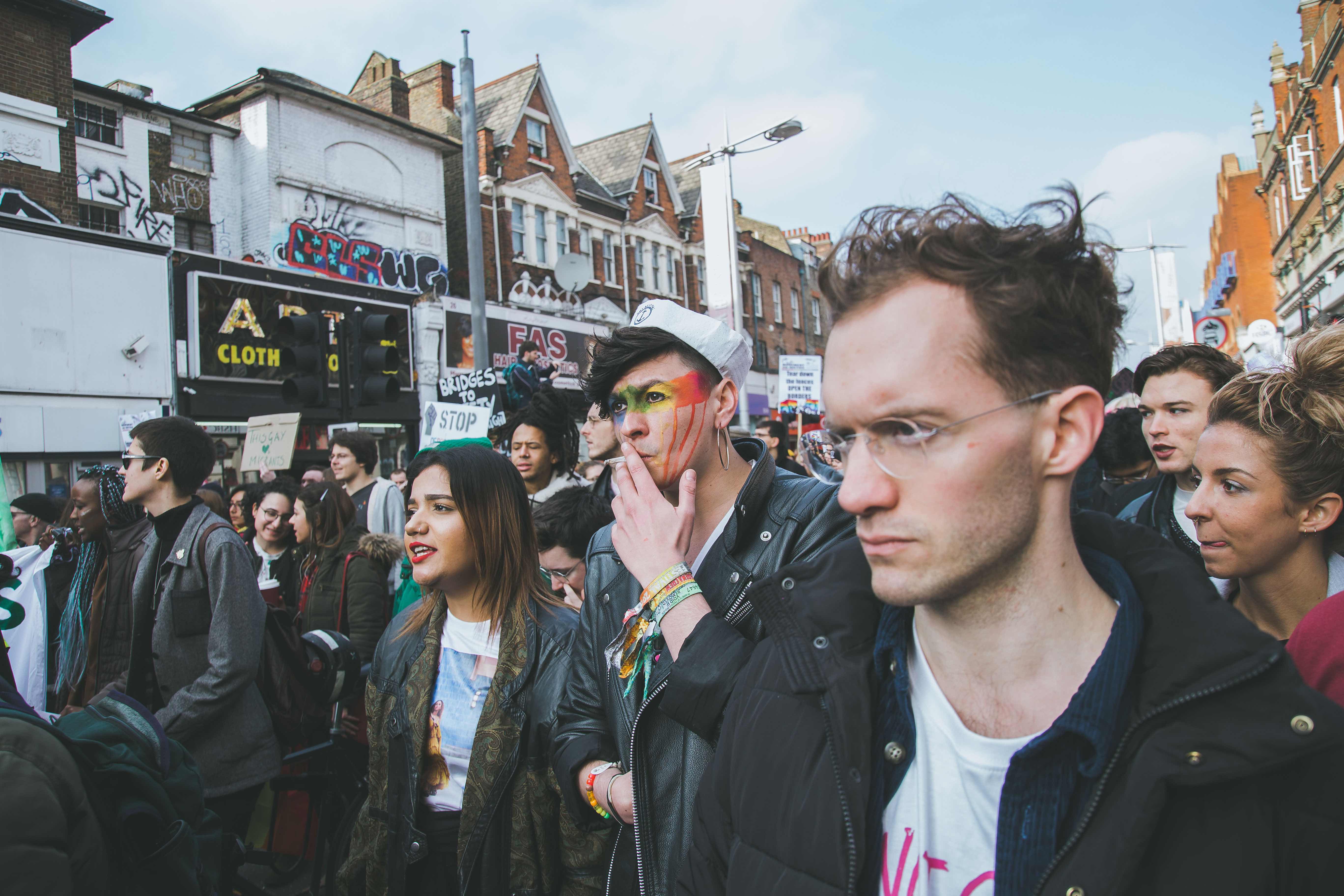 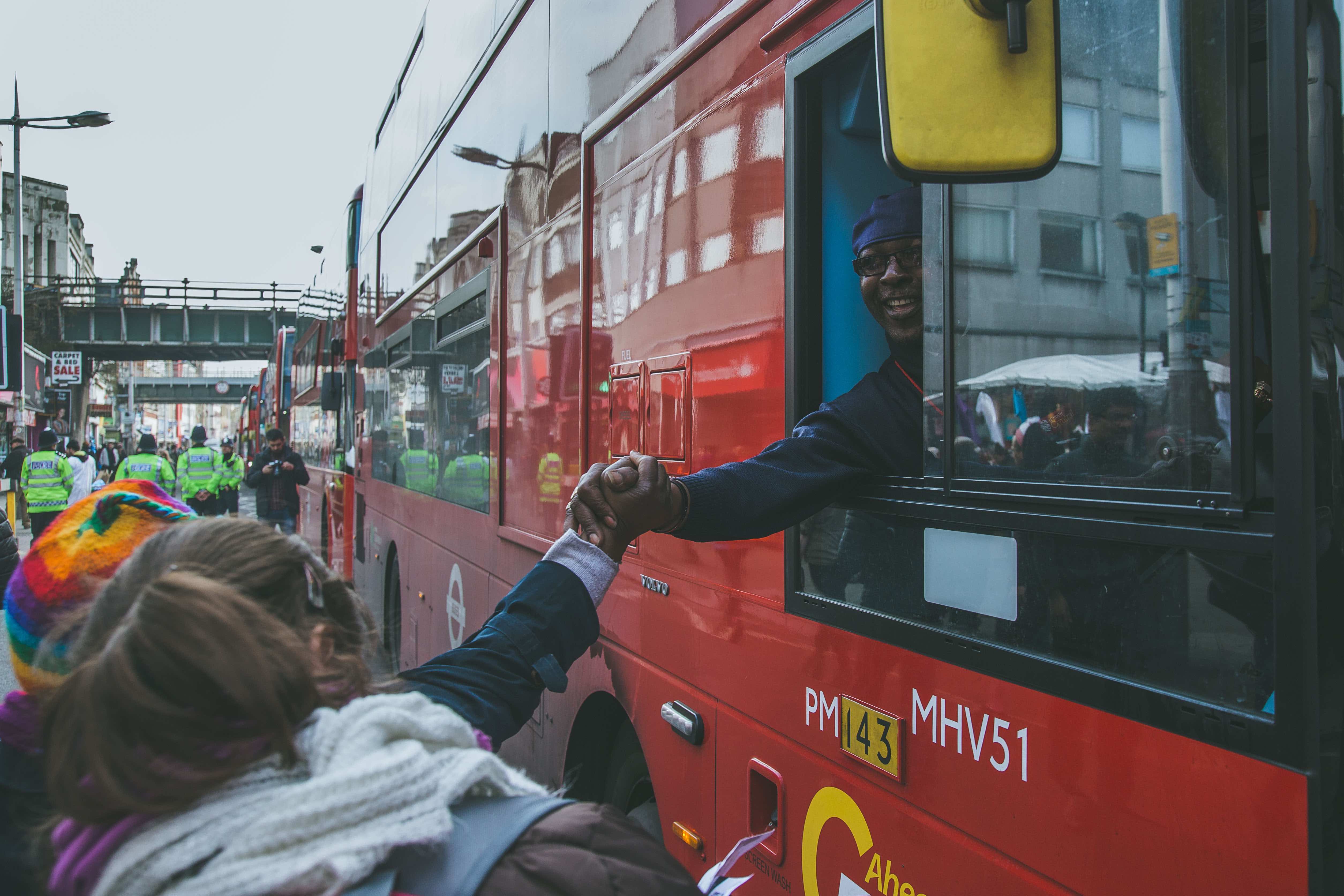 It is the same bigotry that led to the deaths of thousands during the AIDS crisis while the government released adverts cloaked in homophobia.

It is the same bigotry that meant that the last words that Jody Dobrowski heard as he was being kicked to death on Clapham Common in October 2005 were “You fucking faggot”.

It is the same oppression that meant that trans teacher Lucy meadows took her own life after being hounded by Richard Littlejohn in the Daily Mail in December 2012. 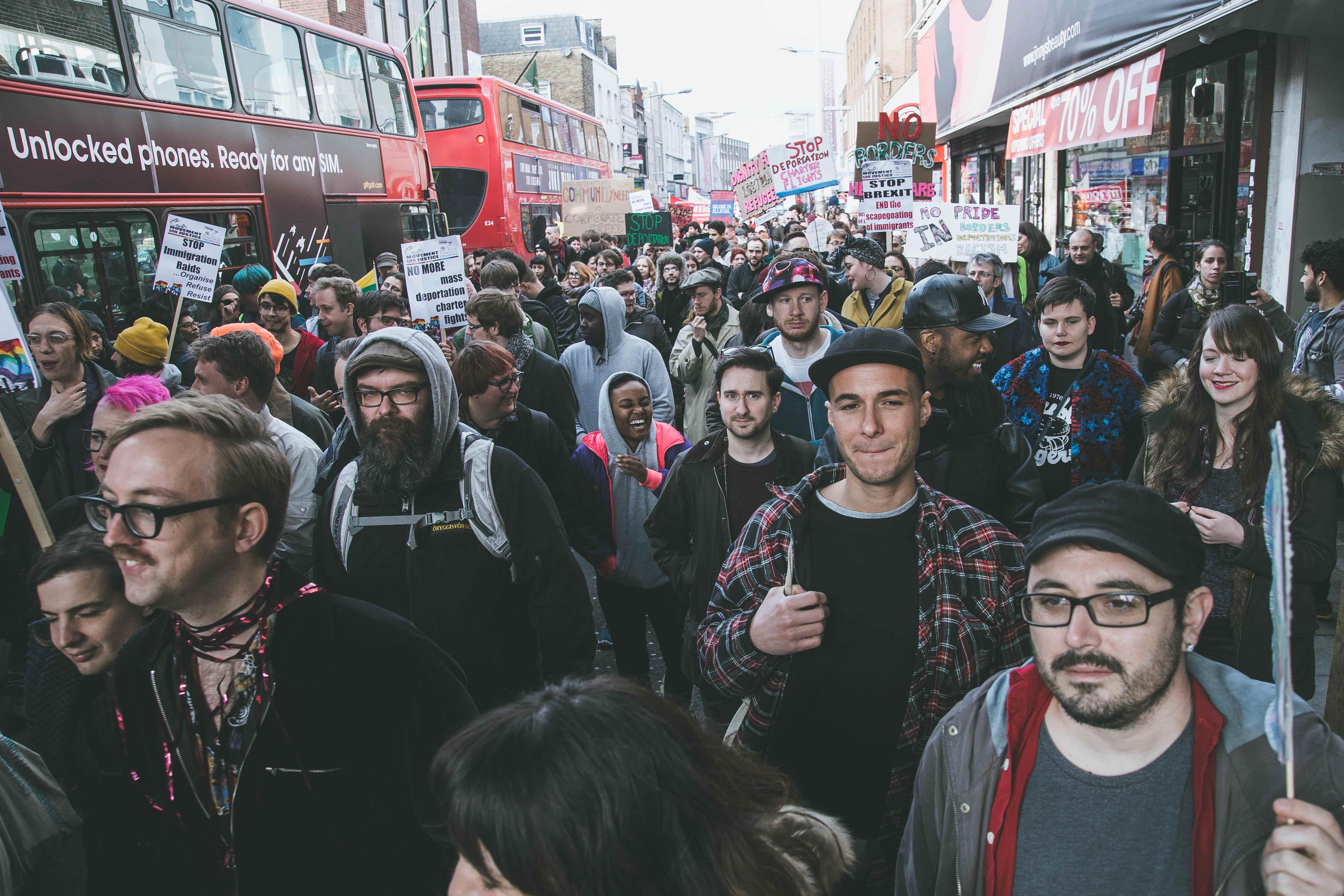 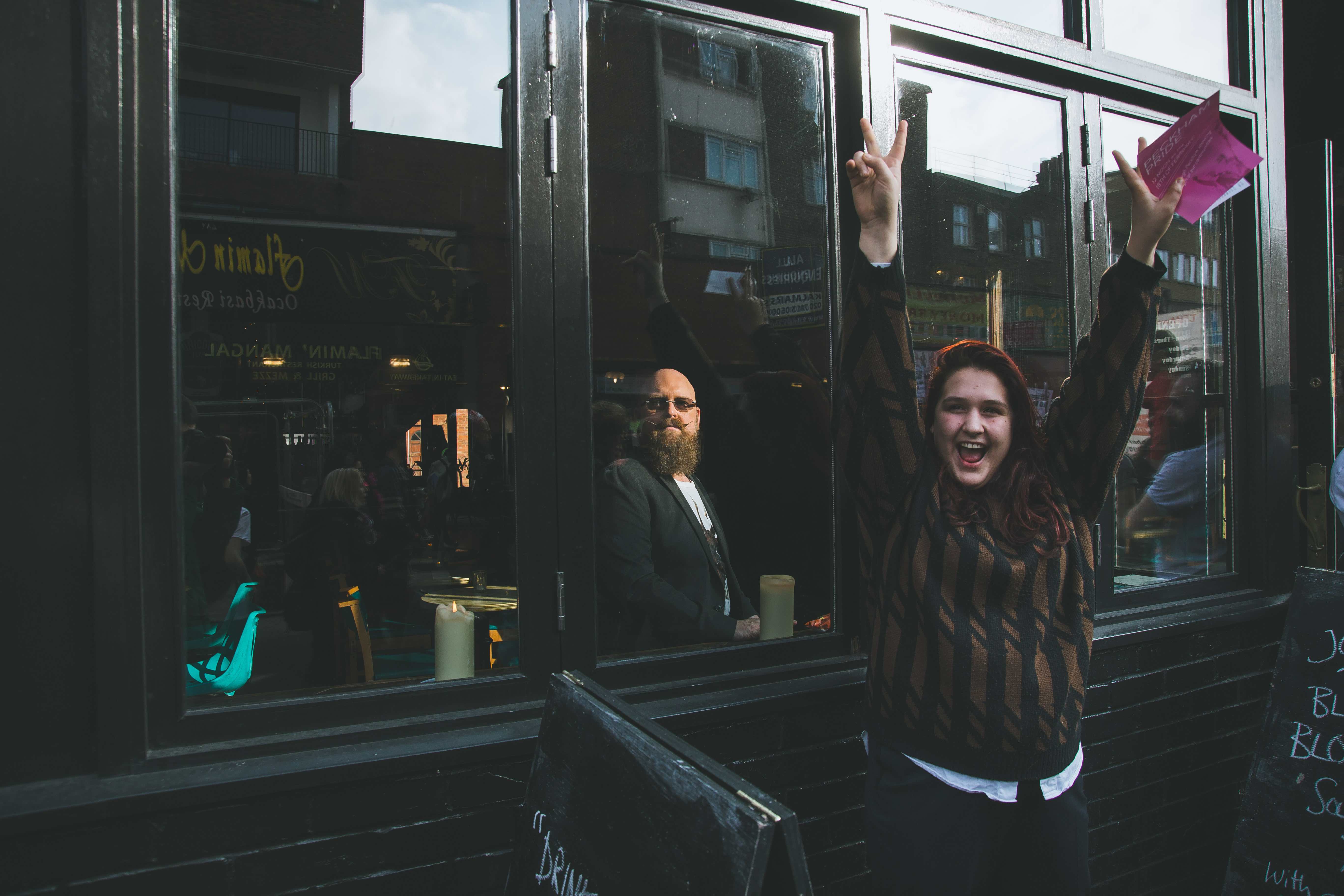 It is the same oppression that means that 48% of trans people between the ages of 18-25 have attempted suicide.

It is the same oppression that has led to the deaths of millions of queer people across the world.

It is the very same oppression that led David Copeland, a member of the British Far-right, to bomb (or attempt to bomb) London’s Brick Lane, Brixton and Soho, attacking the South-East Asian, Black and LGBTQ communities in each of these places, killing 3 people and injuring 140. 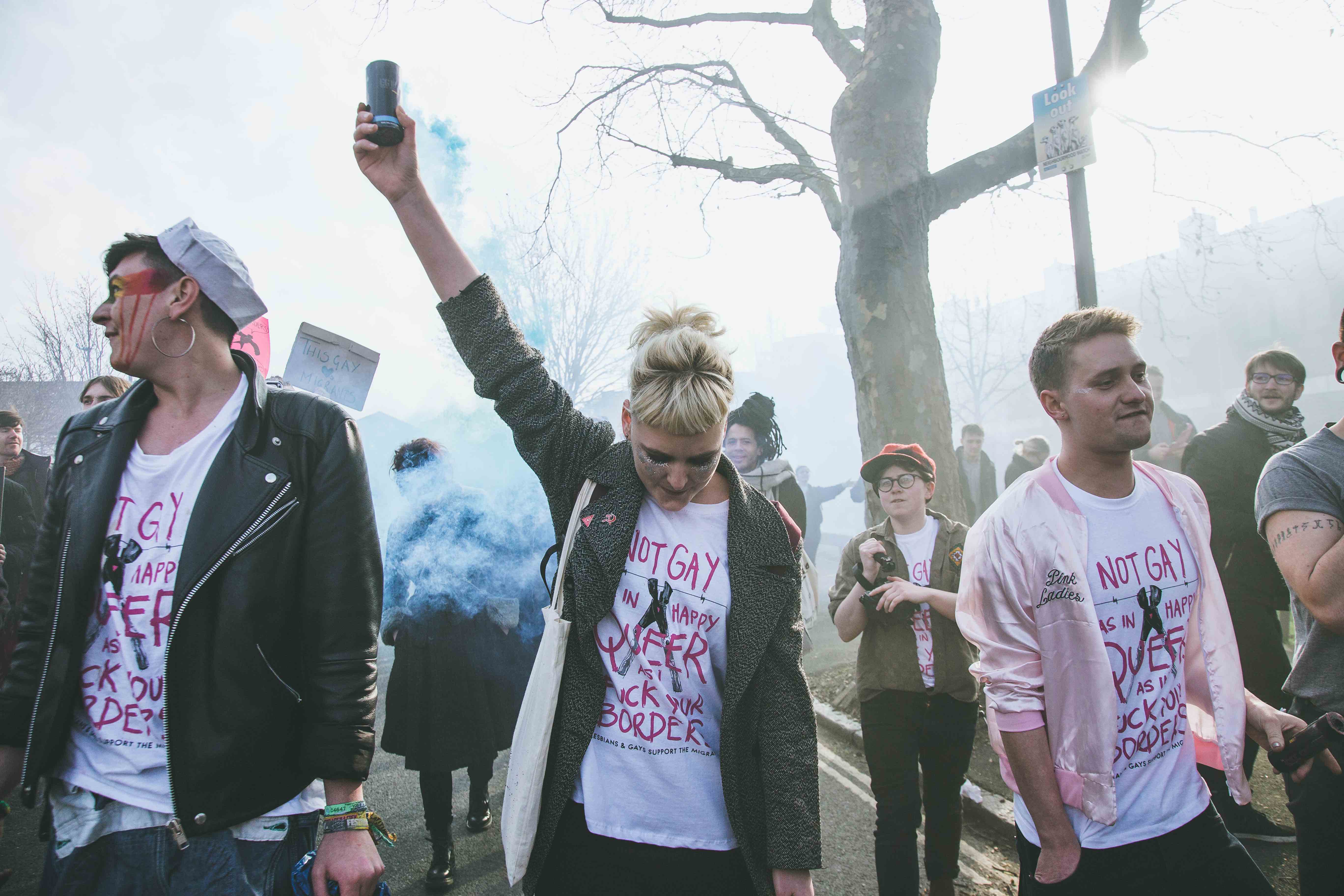 The world we live in is fraught with danger; disquiet and anger is often misdirected towards communities thrust towards the fringes. In the face of this – much like Lesbians and Gays Support the Miners in the 1980s – we have a duty and obligation to stand up and fight, wherever bigotry rears its ugly head.

We have a duty to stand, shoulder to glittery shoulder with our siblings in communities attacked by this vicious government.

We have a duty to stand together and say, we will not be beaten.

We will not be suppressed, oppressed or deported.

We are here. We are queer.  And we stand in unity, in friendship, and in solidarity. Forever. 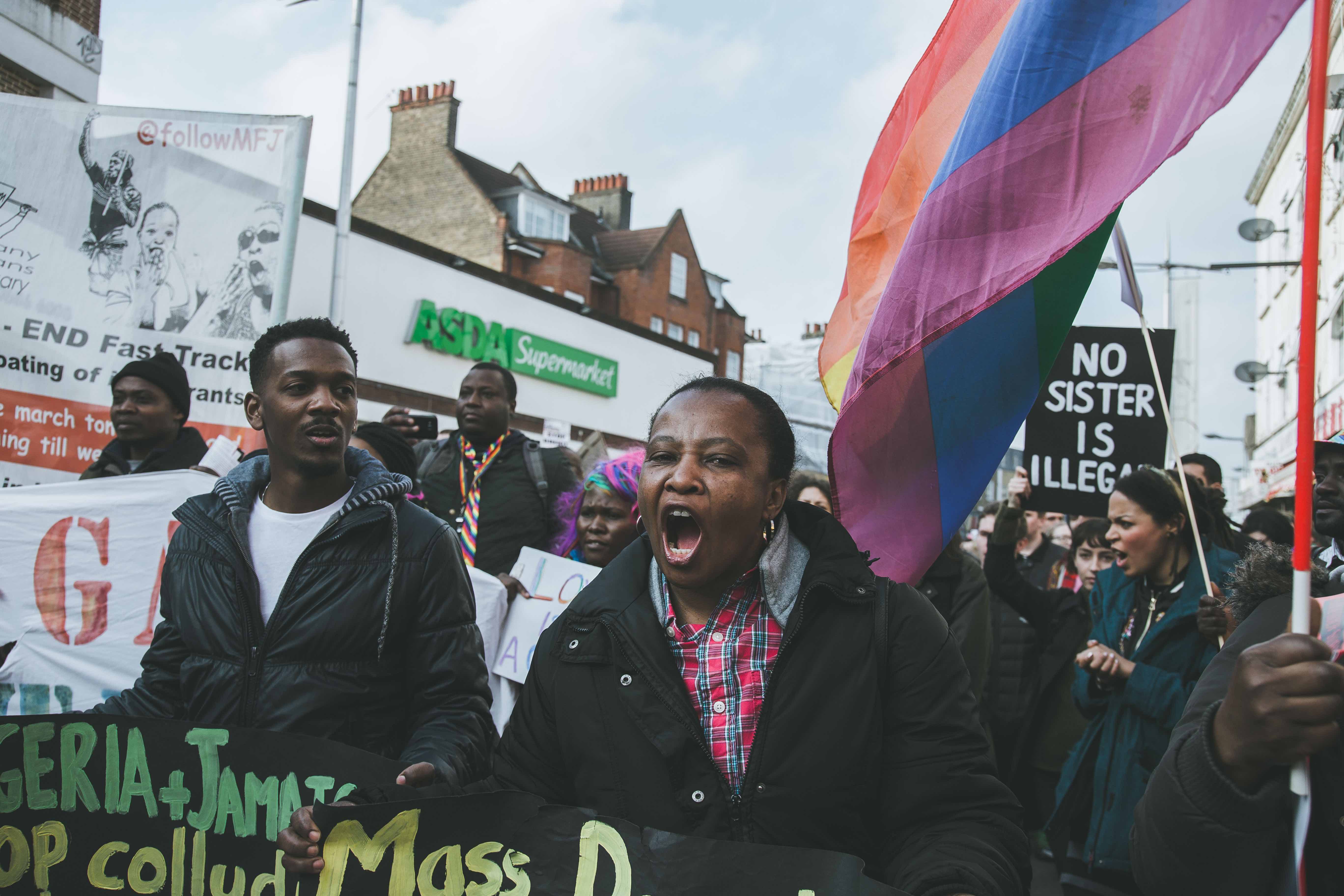 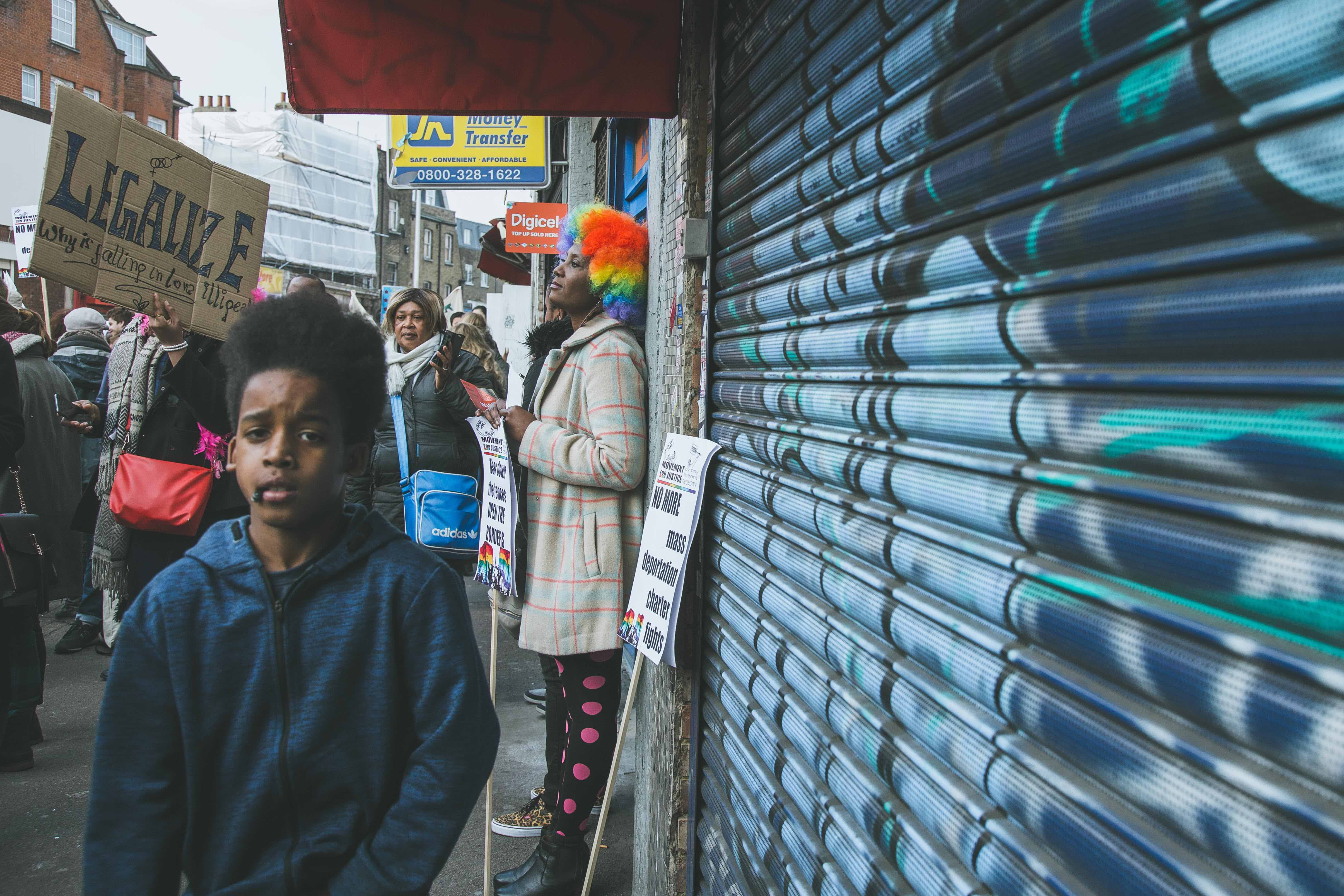 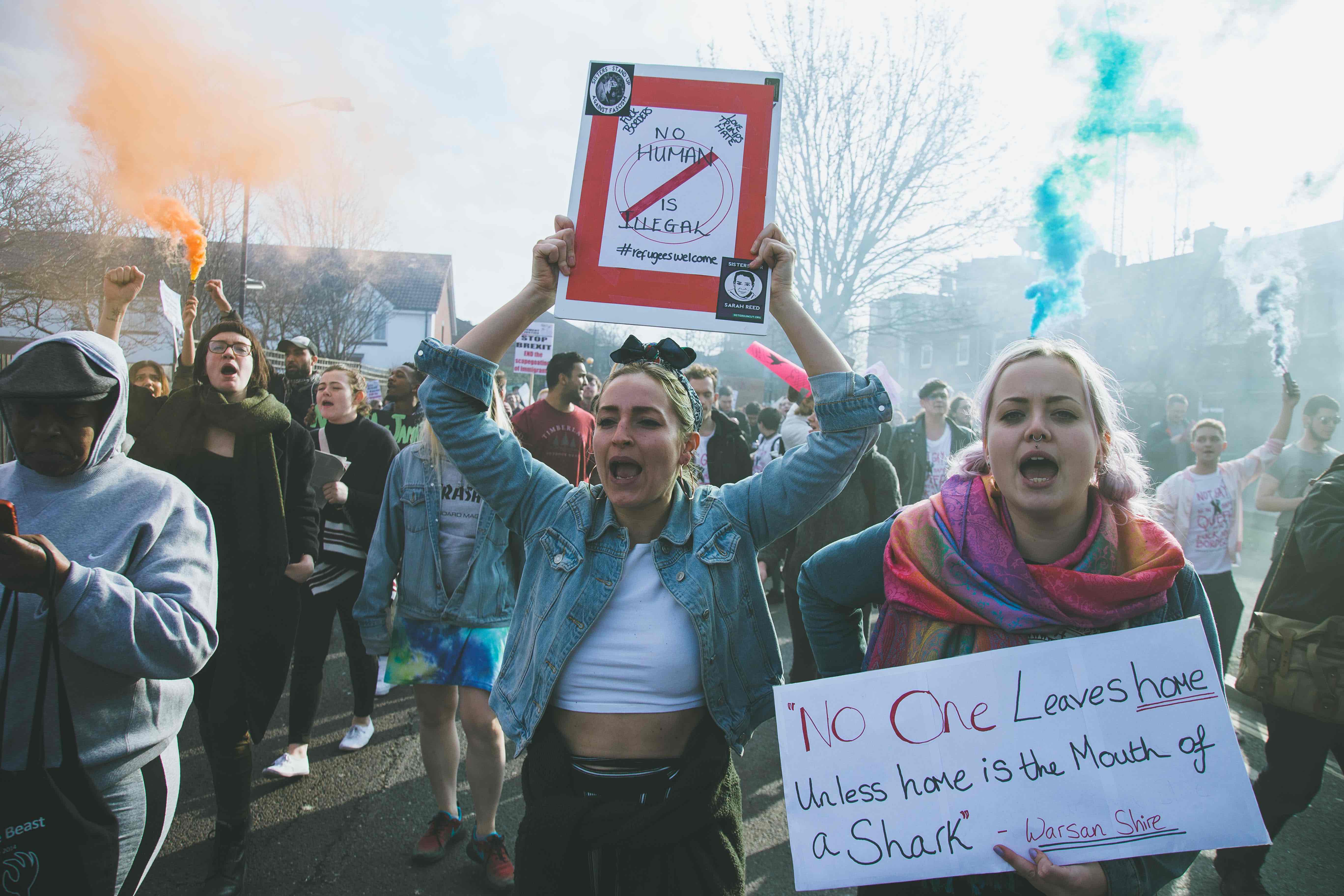 Found out more about Lesbians and Gays Support the Migrants and Movement for Justice.

Linkedin
RELATED ARTICLES
OTHER ARTICLES
Rhiannon Adam spent three months capturing an ageing society wracked by division, isolation, and the aftermath of scandal.
From bleeding noses to crowd surfing, three image-makers reflect on capturing the scene in all its wild glory.
For over a decade, gamblers have won big by employing people to place live bets from the court. But does this dubious method still work?
Yesterday thousands gathered outside Buckingham Palace after news of the Queen’s death broke.
The idea that a younger generation is abandoning work has become a popular narrative online, but it doesn’t necessarily reflect reality.
A group of young Palestinians have found temporary freedom in the act of parkour, reimagining wreckage and ruins as a series of high-octane playgrounds.