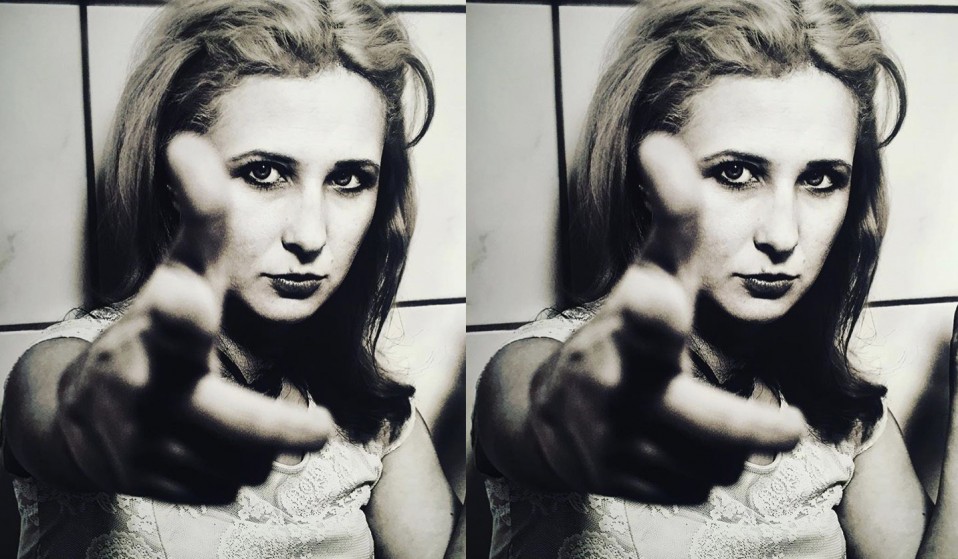 The Russian activist reveals all in Riot Days – her shocking new memoir detailing prison life, protests, and the rise of Pussy Riot. Read an extract here.

The Russian activist reveals all in Riot Days – her shocking new memoir detailing prison life, protests, and the rise of Pussy Riot. Read an extract here.

Maria Alyokhina’s story as an activist in well-documented. With the refusal to accept anything but justice running in her blood from an early age, she was brought to notoriety after being arrested for protesting against Putin inside a Moscow church as a member of notorious Russian punk band Pussy Riot.

Maria went on to spend two brutal years in a Russian penal colony, where she continued fighting for freedom even in the darkest of times, demanding human rights not only for herself, but for other women prisoners who were facing the same inhumane circumstances without lawyers or international coverage.

There were many victories, but also many struggles that were left unspoken. Now, beyond the headlines, the unrelenting activist has written a book telling the entire story of the past five years, in her own words.

Riot Days is divided in very small chapters, with interlinking non-capitalised titles. The narration follows a non-prescriptive poetic rhythm – sometimes almost like a song. Descriptions and judgement transcriptions are mixed with informal conversations and Maria’s internal monologue. Pages are intermittently peppered with child-like drawings. It is an accessible and inspiring account of the historic events that accompanied the band that became one of the faces of modern-day direct action.

The following excerpt takes place in early 2012 and is an account of the moments during Pussy Riot’s performance of their notorious Punk Prayer, as told from Maria’s perspective. Her narrative is intertwined with quotes from the band’s subsequent trial after being charged with hooliganism and accused of inciting “religious hatred.”

For that soon-to-be historical event, the band snuck in a decidedly “un-Orthodox” electric guitar into Moscow’s Christ the Saviour Cathedral. There, Maria, Ekaterina Semutsevich and Nadia Tolokonnikova called upon the Virgin Mary to throw Putin out – their way of criticising the church and their strong endorsement of Vladimir Putin’s draconian government.

‘what was the music like?’
‘goodness me, I don’t know how to describe it’
‘was it church music?’
‘no, certainly not!’
‘you mean to say it was not church music? ‘
‘absolutely not’
‘what did the instrument sound like?’
‘I don’t know what to compare it to, but it wasn’t at all
Orthodox’
‘what are Orthodox sounds?’
‘I can’t answer that!’

judge: ‘you are obliged to answer the question’

We scramble up the stairs towards the altar, dropping our backpacks by the Holy Gates. They symbolise the gates to heaven. Women are only allowed to stand on the green walkway before the gates – the soleas – if they are cleaning women. Or brides. In Russia, there are no women priests. In Russia, there is Pussy Riot.

We shed our clothes. The outer layers.

We put on our balaclavas.

‘Alyokhina was wearing a blue mask. She wore a dress
that was somewhere between pink and red, green tights,
and a bra that was falling from her shoulders.’

I remember: I open my mouth to sing and everything around me – the whole church – seems to freeze. It is motionless. The sound dies away. There is only the echo of our uncoordinated screaming and shouting. Too many eyes on the icons.

The security guards try to catch us.

‘Alyokhina’s dress was longer than the others’, and she
had to kick her legs higher.’

It looked like some bizarre folk dance: he runs up to you, you run backwards; he runs again, you run in a different direction.

It was the most absurd prayer.

‘We tried to get them off the ambo. They wouldn’t leave,
they resisted and ran back up again, then fell to their
knees and started crossing themselves. This was
humiliating and offensive to me.’

Two men take my hands and lead me to the exit. The balaclava slips sideways and restricts my breathing. It’s unclear who is leading whom. The church is still frozen, until one small figure, an old woman, starts to move. She screams, ‘Girls! Girls! What are yo doing? You’re ruining yourselves!’ We kept walking, and I thought, What, am I now ruining myself?

They took us to the exit and let us go.

We stood there, looking at the street.
Not a single police car. Katya was waiting for us by the entrance.
We started to run. And I thought, Where are we running to?
Why are we running, if there’s no one after us?
Who are we running from?
Why can’t we just walk to wherever we’re going?

The security guards stayed on the job. There were no cops in sight.

why are we running?

Why are we running, then? 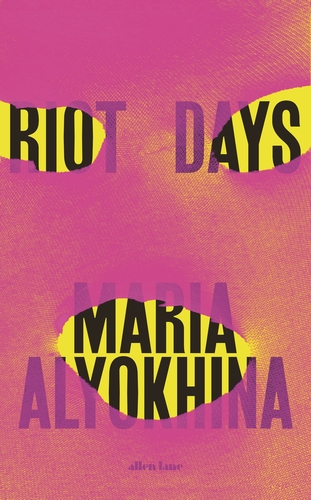 Riot Days by Maria Alyokhina is out now, via Penguin.

Linkedin
RELATED ARTICLES
OTHER ARTICLES
Photographer David Corio’s archive offers a glimpse inside a revolutionary era of music and nightlife.
Demonstrators gathered outside of Parliament to voice their concerns about the monarchy and the crackdown on dissent.
Thousands of protestors gathered in Westminster to express their sadness and fury at the fatal police shooting of a young Black man in Brixton.
Thousands attended the annual event this year to wheelie through the city and call for ‘knives down, bikes up’.
With skyrocketing rents, packed out viewings, bidding wars and more, renting in London has never been harder.
Ahead of the release of their first collaborative album, the producer and rapper talk psychedelics and the state of UK hip hop.