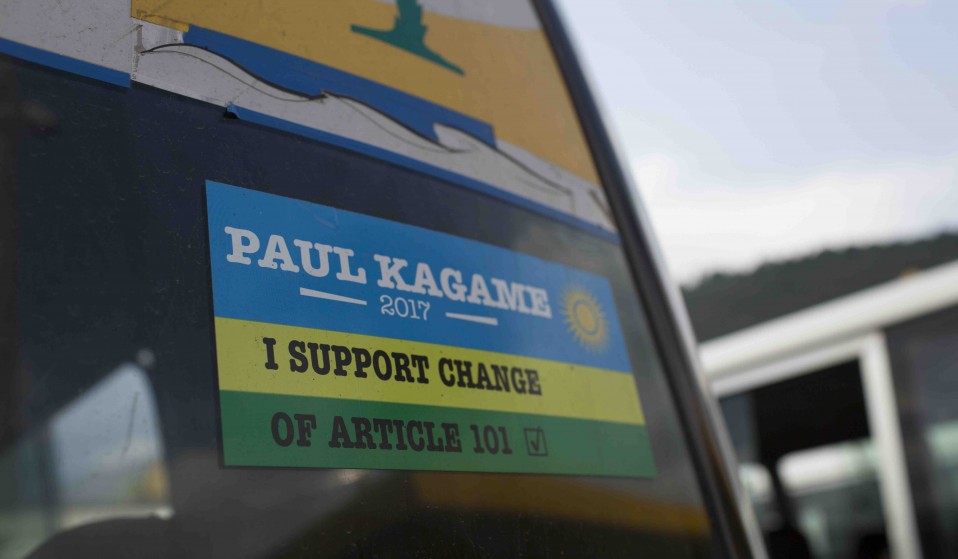 Why are the international community still supporting Kagame’s regime? And could their support be sowing seeds for more bloodshed?

Two decades after the 1994 genocide, journalist Anjan Sundaram watched leader Paul Kagame crush press freedom and political opposition. But why are the international community still supporting his regime? And could their support be sowing seeds for more bloodshed?

“Rwanda has two worlds,” explains journalist and author Anjan Sundaram. “There is a world in which most diplomats and ex-pats live in, in which Rwanda looks really peaceful.” But there is also a darker side to the country, which Sundaram documented movingly in his book Bad News: Last Journalists in a Dictatorship.

Rwanda’s 1994 genocide, in which one million people were killed in just one hundred days, still casts a shadow over the country. But in the decades since, Rwanda has gone from massive devastation and being the poorest country on earth to be held up as a model of development. International aid agencies have ploughed billions of dollars into the country and helped it achieve the greatest progress on the United Nation’s Human Development Index.

However, since president Paul Kagame led the Rwandese Patriotic Front (RPF) to capture the capital, Kigali, in 1994 and bring the genocide to an end, he has moved to crush press freedom, democratic institutions and political opposition. As Kagame’s grip over the country has increased, the international community have maintained their support – and continued to funnel aid dollars to his regime. Observers, such as Sundaram, worry this complicity is increasing the risk of further violence in years to come. 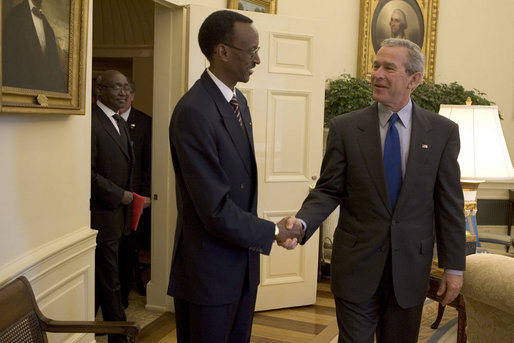 Sandaram arrived in Kigali in 2009 to teach a class of a dozen local journalists – none of whom remain working. Before he left in 2013, he saw firsthand many of the reasons why Reporters Without Borders have ranked Rwanda 161st out of 180 countries on its authoritative Press Freedom Index, below Egypt and Kazakhastan and just above Saudi Arabia.

“The consistent harassment of journalists has had a chilling effect in Rwanda, where there is no space for dissenting narrative at all, today,” he explains. “A colleague of mine was shot dead on the same day he criticised Paul Kagame. Another was beaten into a coma after bringing up the harassment of journalists at a press conference with the president. Others joined the presidential propaganda team out of fear. In my book I document over 60 cases of journalists who have been killed, disappeared, arrested, imprisoned, tortured or forced to flee the country, fearing for their lives after criticising the Rwandan government.” 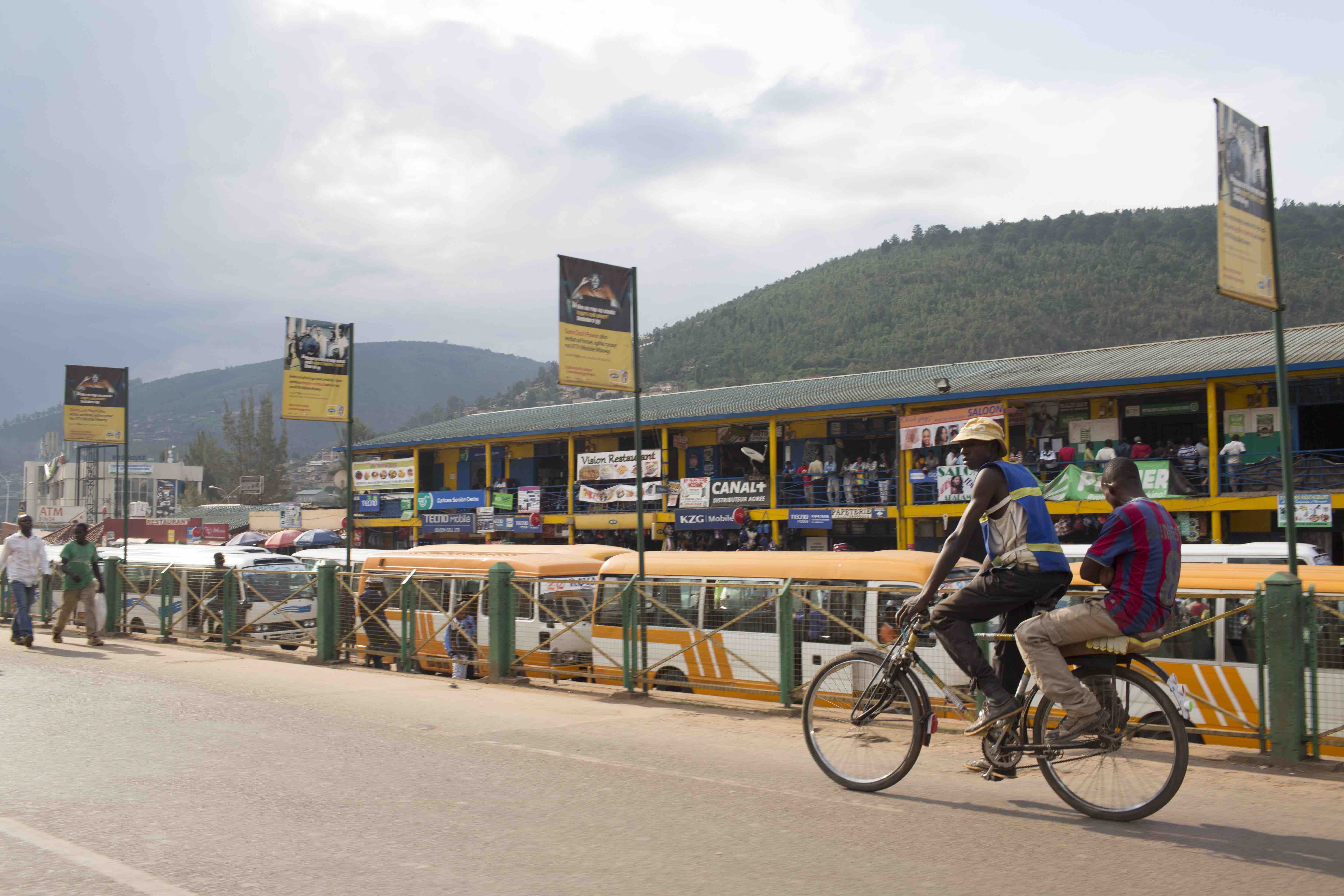 Cyclists in the capital, Kigali

Following the genocide, the international community’s presence has been huge – providing the government with half its annual budget. The rapidly developing capital is littered with shiny embassies and foreign development agencies, whose white SUVs are ubiquitous on its roads. With all this attention, how has Kagame been able establish his dictatorship?

“The Rwandan government is very sophisticated in its propaganda,” Sundaram explains. “I think of it as an example of how the dictatorship is evolving in the 21st century. With a few exceptions we’ve moved past the North Korea-style dictatorships of the Cold War era.”

“The modern dictatorship is shiny and new, you have multi-party elections,” he continues. “Even as the press is crushed, you have a dozen new newspapers opening up – all pro-government of course. So they present a facade that looks very much like democratic countries, which can be quite difficult to pierce.” 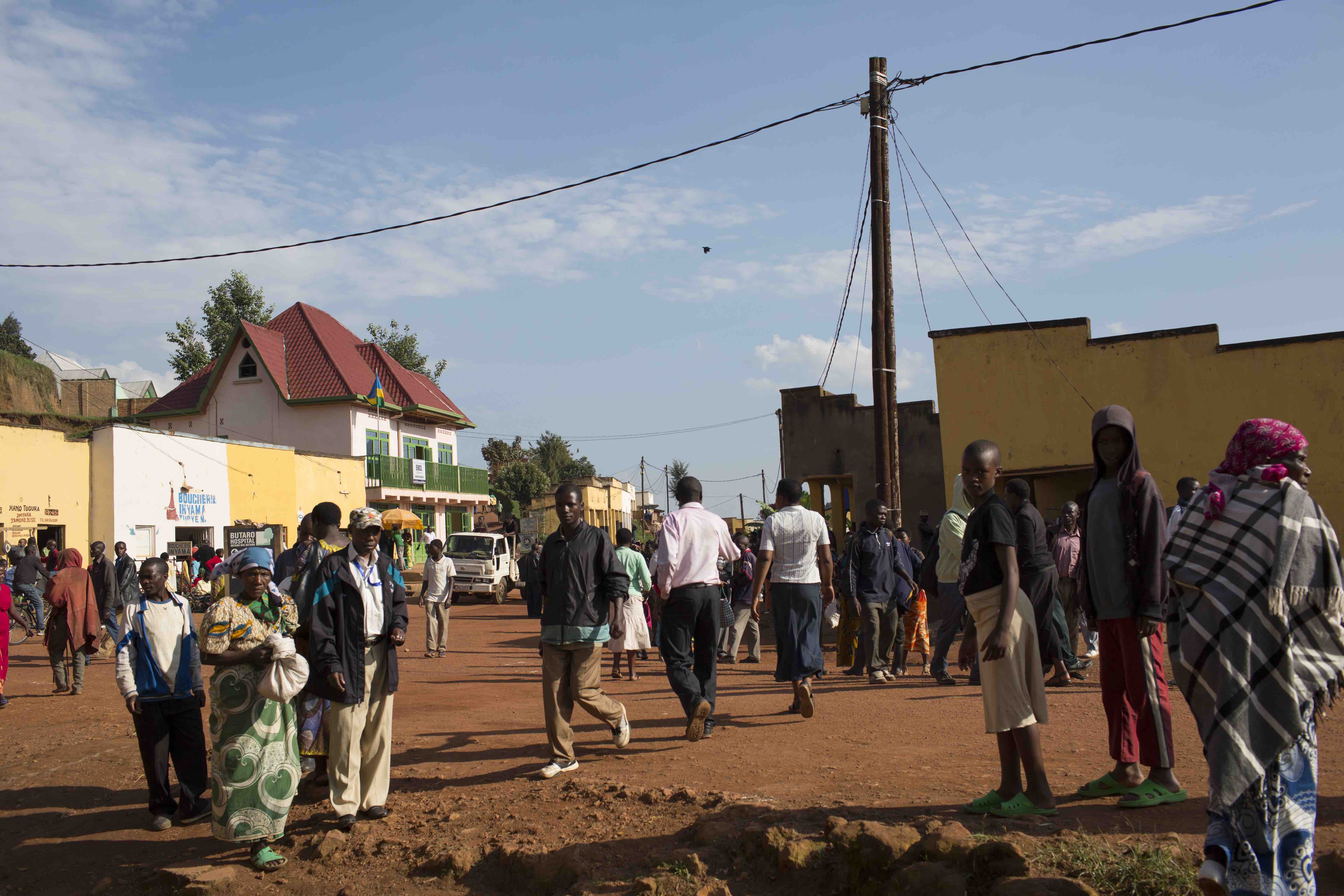 Kagame has maintained the charade of representative elections, but has tightened his grip with each vote. Sandaram sees the 2010 election as a pivotal moment. “The election was a masterpiece of authority,” Sundaram writes in Bad News. “The vote passed in an ambience of total serenity. No negative incidents were reported in the country: there were no protests, no complaints, no boycotts or demonstrations. […] By the end of the election, the old guard of news journalists had been done away with: killed, imprisoned, exiled or, by fear, converted into [supporters].”

“Destroying the local press is a very effective way of exporting propaganda because foreign correspondents are increasingly reliant on local journalists for their stories,” Sundaram explains. “Another strategy that the government has used very effectively is to craft a narrative of a country that has risen from the ashes of genocide. It’s a very compelling story, one that many want to hear. But the reality is that many of the structures that were in place prior to the genocide and that were used to execute the genocide are still in place.” 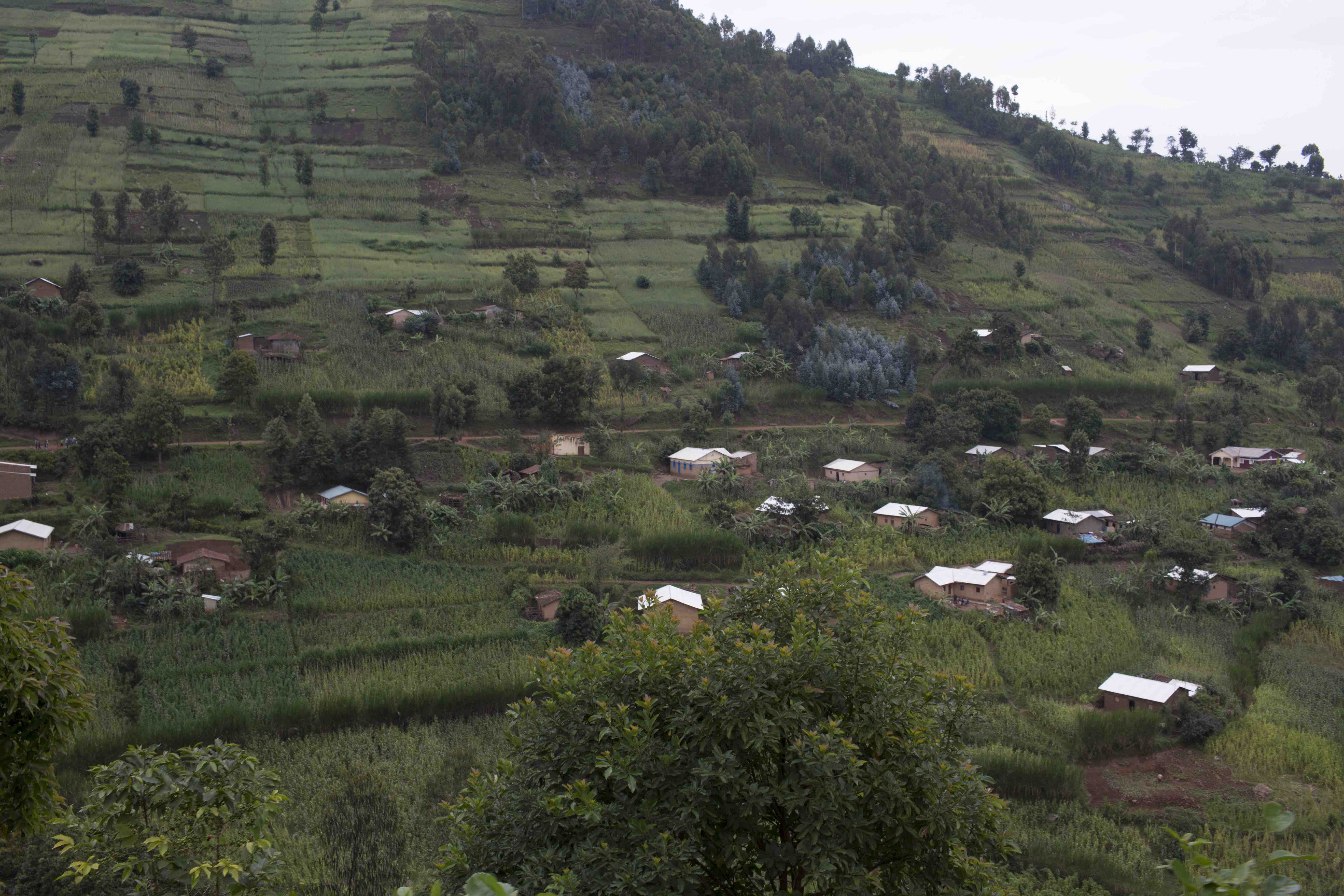 The December 2015 referendum on constitutional reform passed with a yes result of over ninety per cent and the amendment could see Kagame in power until 2034. His announcement to stand once again in the 2017 presidential election drew criticism from the US and the EU, who said Kagame should allow a new generation of leaders to emerge.

Yet the money keeps flowing. Sandaram highlighted abuses to foreign embassy officials, who acknowledge they knew what was happening, but came back with the excuse: ‘If we mention the repression, the government will throw us out.’ Sandaram is unconvinced, and argues that their huge financial support gives them considerable leverage.

“I think the international community has knowingly financed a dictatorship whose repression they have been acutely aware of,” he explains. “Unfortunately by financing and supporting dictatorship, a government that is very clearly not democratically elected, they are essentially playing a kind of neocolonial role. They are supporting a government that the people did not freely choose.” 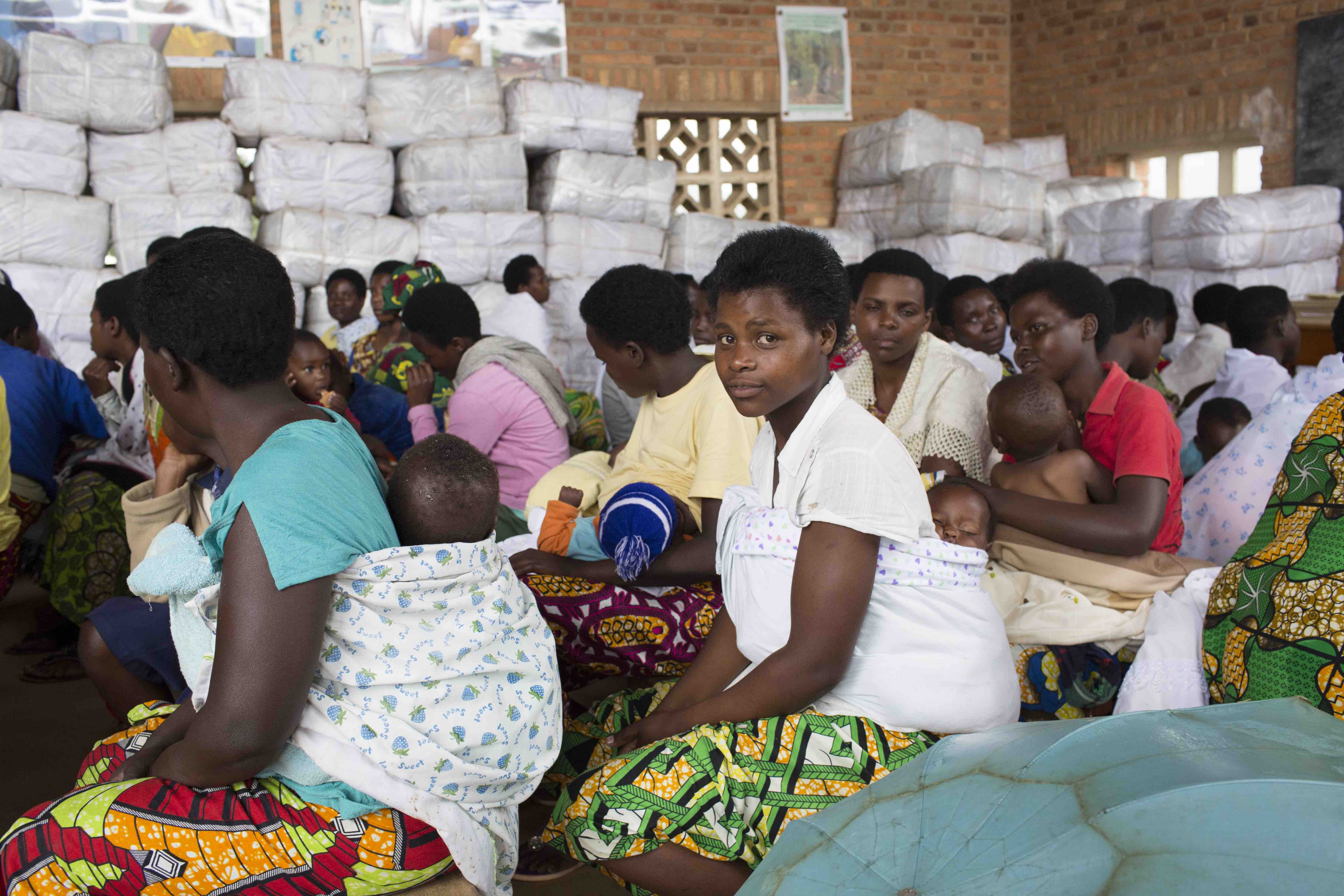 Young mothers at a health centre in rural Rwanda

Despite commitments to support democracy from the international community and aid agencies, they are happy to overlook problems because Kagame is a reliable ally. “Foreign aid has found a very convenient partner in Rwanda,” Sundaram explains. “The world of foreign aid has had a lot of problems finding success stories and they’ve found that Rwanda’s repressive system can execute aid plans remarkably efficiently.” Participation rates in Rwanda often hit 90%, while they struggle to hit 40% in countries like India, for example.

“Rwanda is like a paradise for aid officials who can come in, get their programmes executed remarkably efficiently and present these as evidence of their aid programme’s success,” Sundaram continues. “I’ve seen many aid officials get promotions on the back of their alleged success in Rwanda. So there is no incentive on the part of the international community to reveal Rwanda’s repression, indeed they benefit from it.” 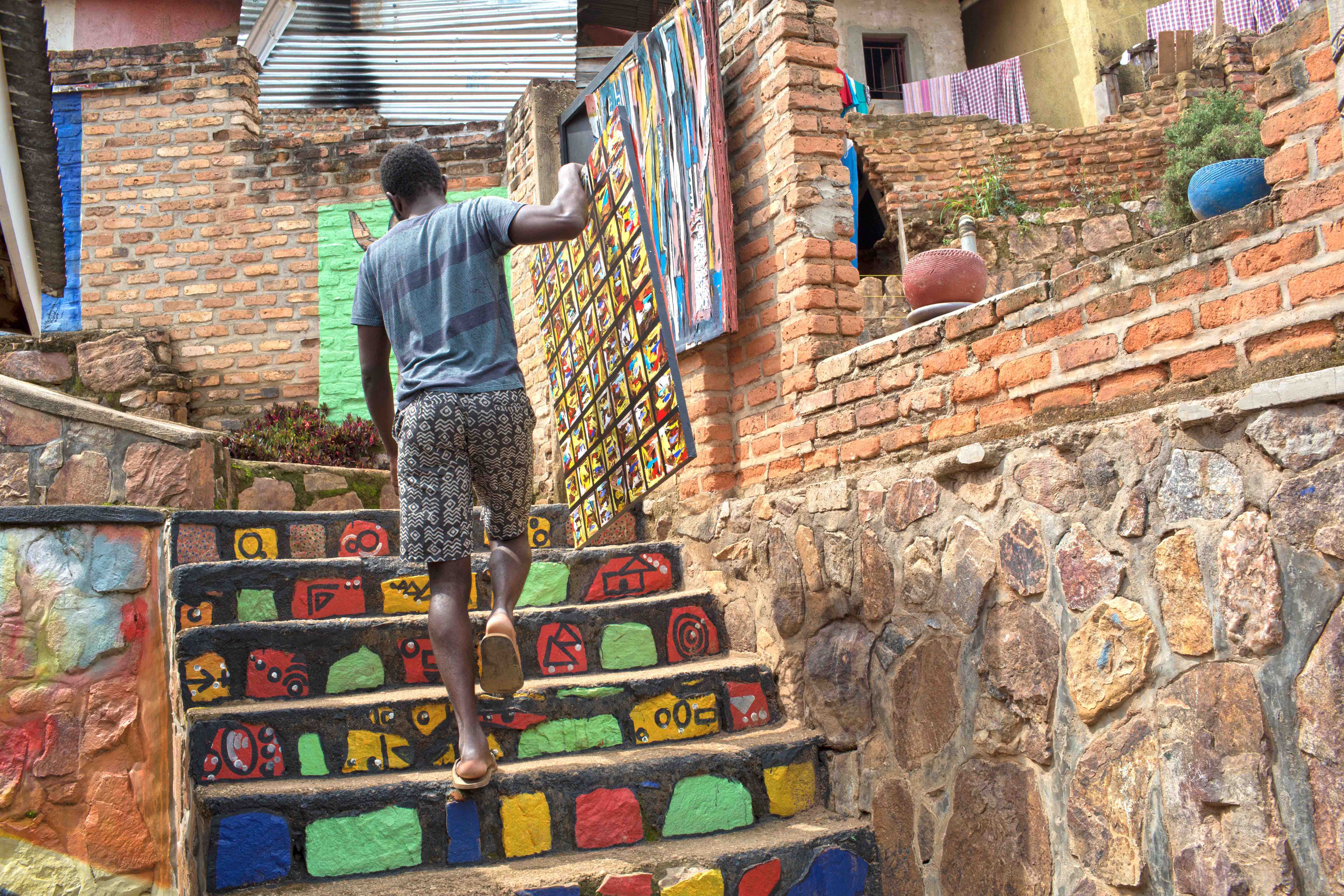 Ivuka Arts Centre, one of the examples of Rwanda’s cultural resurgence

But this self interest could have profound consequences in the years to come. Kagame’s destruction of democratic institutions has contributed to the academic consensus that any transfer of power will be accompanied by violence. In the BBC documentary Rwanda’s Untold Story, academic Filip Reyntjens, explains that without true peace, reconciliation between all social and ethnic groups, as well as full democratic participation, “Rwanda is a volcano… with the RPF sitting on top.”

Without the support of an effective local media, international media’s overstretched foreign operations rarely unearth abuses by the government. Instead, they frequently report only on the good news stories of Rwanda’s cultural, technologic and economic resurgence. “That world certainly exists in Rwanda,” Sundaram explains. “The question I ask myself is will all those talented and entrepreneurial works stand to last if the country sees new violence again. How much of that progress will remain?”

Linkedin
RELATED ARTICLES
OTHER ARTICLES
At his West Bank restaurant, Fadi Kattan established himself as the voice of modern Palestinian cuisine. Now, he’s bringing his innovative, bold flavours to the UK’s capital.
A new podcast is opening up the conversation between trans women and trans amorous men in the hope of building coalitions.
Following the release of his debut single, Deyaz talks battling addiction, dealing with his struggles through music, and building a budding music career from his living room.
Activists and campaigners are fighting back against new laws that would seriously undermine the ability to take industrial action, calling it an attack on fundamental workers' rights.
Tristan O’Neill’s shots of dancers caught in moments of reverie at the height of rave’s golden age are a testament to the UK’s legendary club culture.
Photographer Becky Tyrell went down to the fading banger and stock raceway to meet a community desperate to keep it alive.