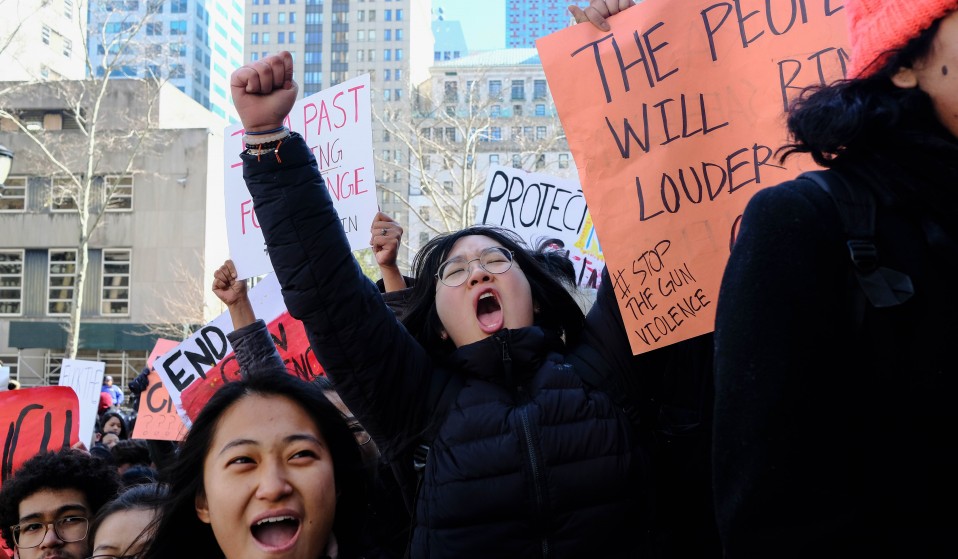 Thousands of school kids across the country stepped out of their classrooms on Wednesday, in an impassioned national protest over American gun laws.

Thousands of school kids across the country stepped out of their classrooms on Wednesday, in an impassioned national protest over American gun laws.

This week, thousands of students across the U.S. walked out of their classrooms in a nationwide protest against gun violence.

The demonstration, which took place yesterday (Wednesday March 14), was an impassioned response to the recent mass shooting at Florida’s Marjory Stoneman Douglas high school – now the deadliest high school shooting in the country’s history. The tragedy led to the death of 17 people, and sparked a heated national debate on the leniency of American gun laws.

According to reports, it’s estimated that around 3,000 schools across the U.S. were involved in the walkout, which took place exactly one month after the Florida shooting.

In Downtown Brooklyn, almost 1,000 students were seen gathering outside the steps of Borough Hall in Columbus Park, where children as young as 11 were given the opportunity to speak at the mic and share their concerns.

One as-yet unidentified 12-year-old, whose cousins apparently live five minutes away from Stoneman Douglas, drew the loudest responses from the crowd. “I am a 12-year-old fearing for the lives of her cousins,” she shouted, defiantly. “17 students just like me had their entire lives ahead of them, but because as a country we do not question why a 19-year-old can buy multiple assault rifles, those 17 kids died. Because we make it too easy for people who don’t deserve guns to buy guns.”

Photographer Emily Pederson was on hand to a capture the Brooklyn protest. Check out her images below. 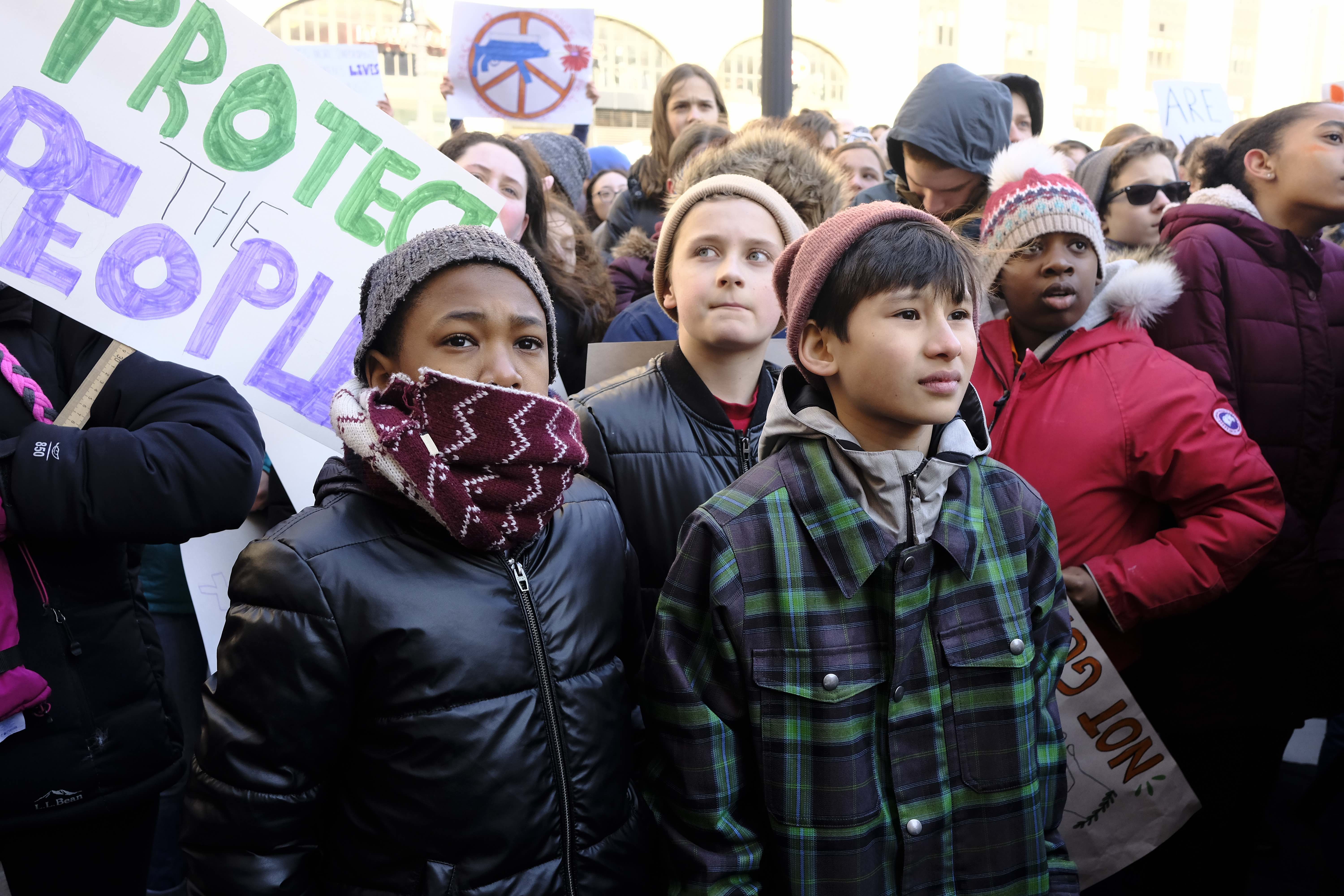 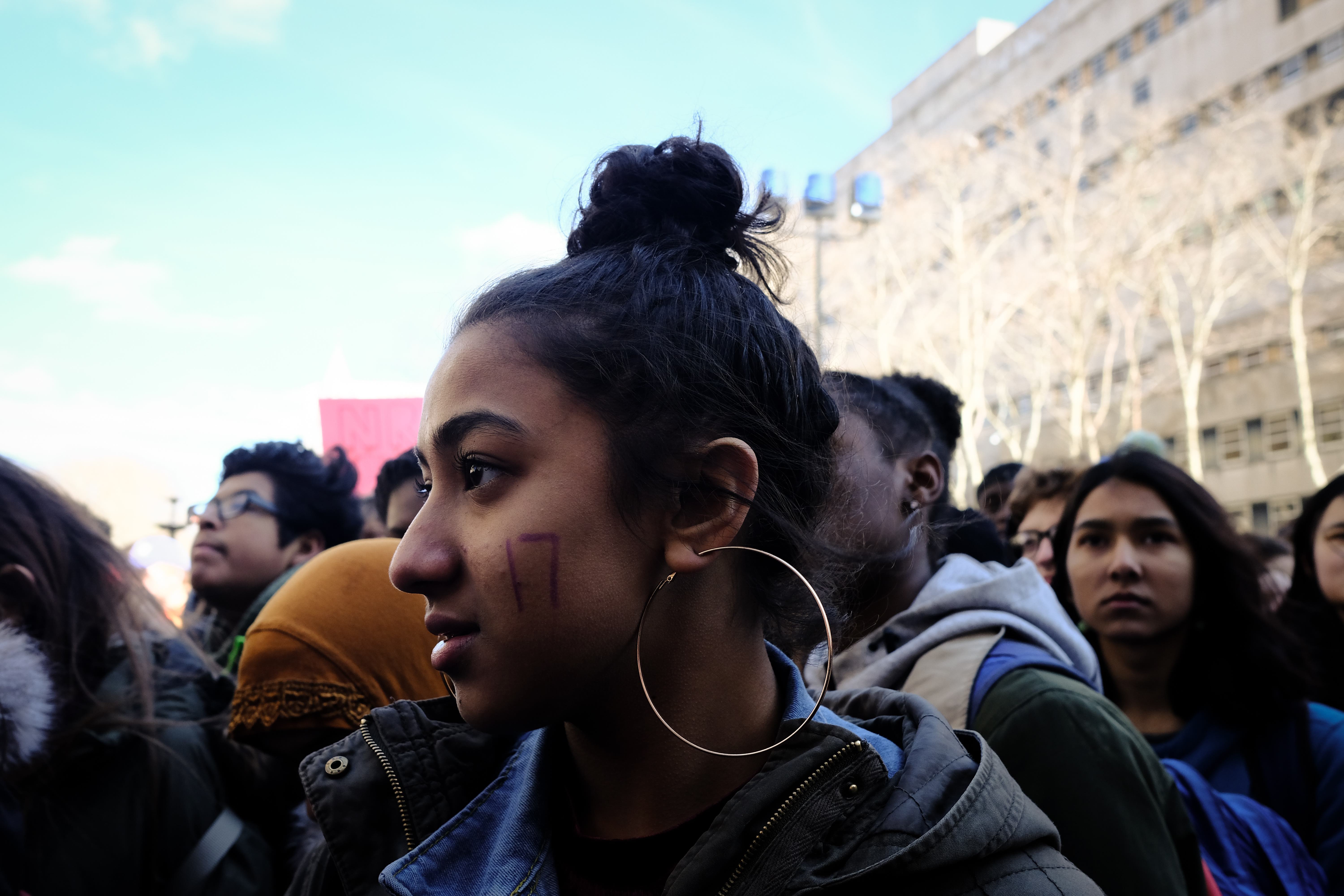 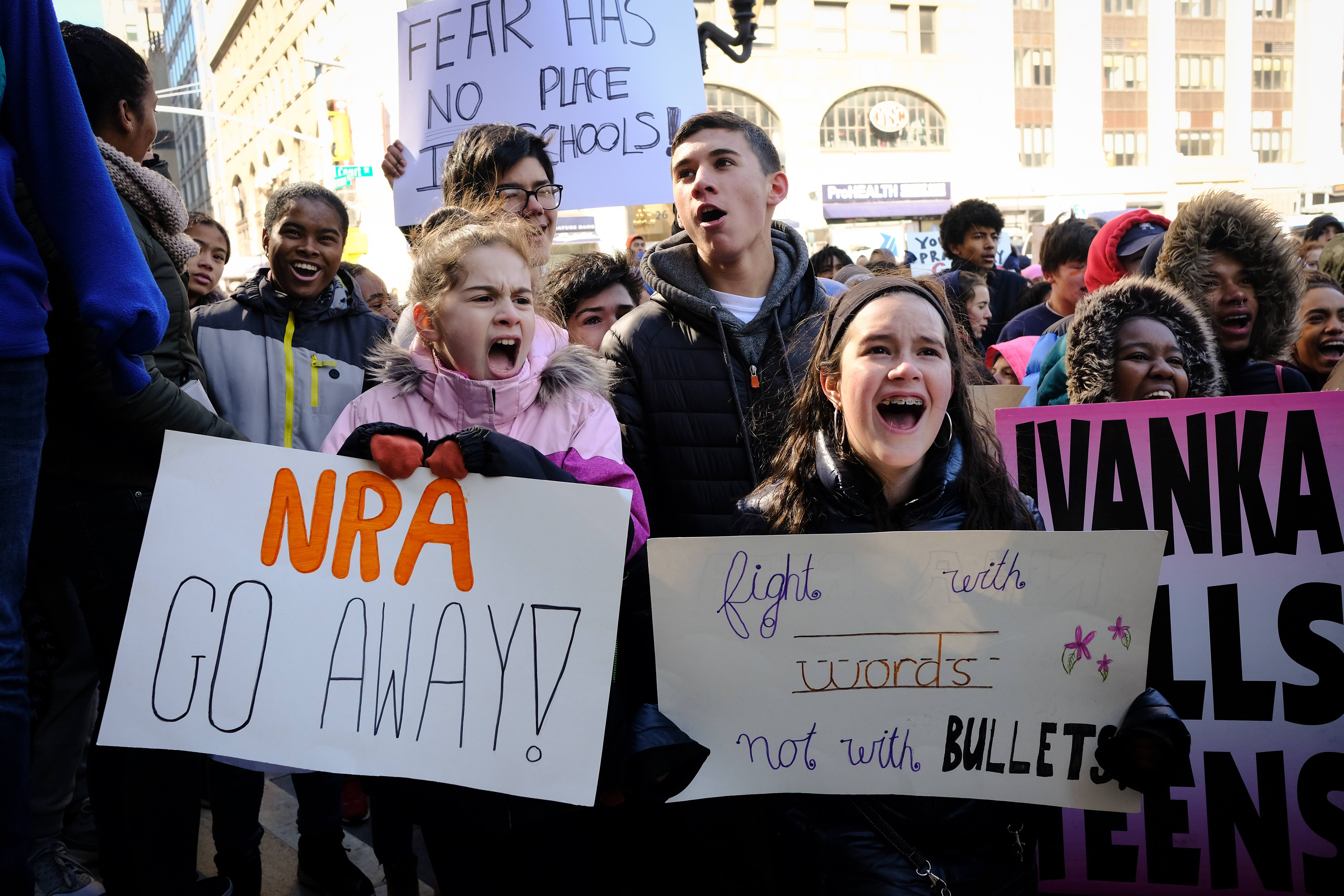 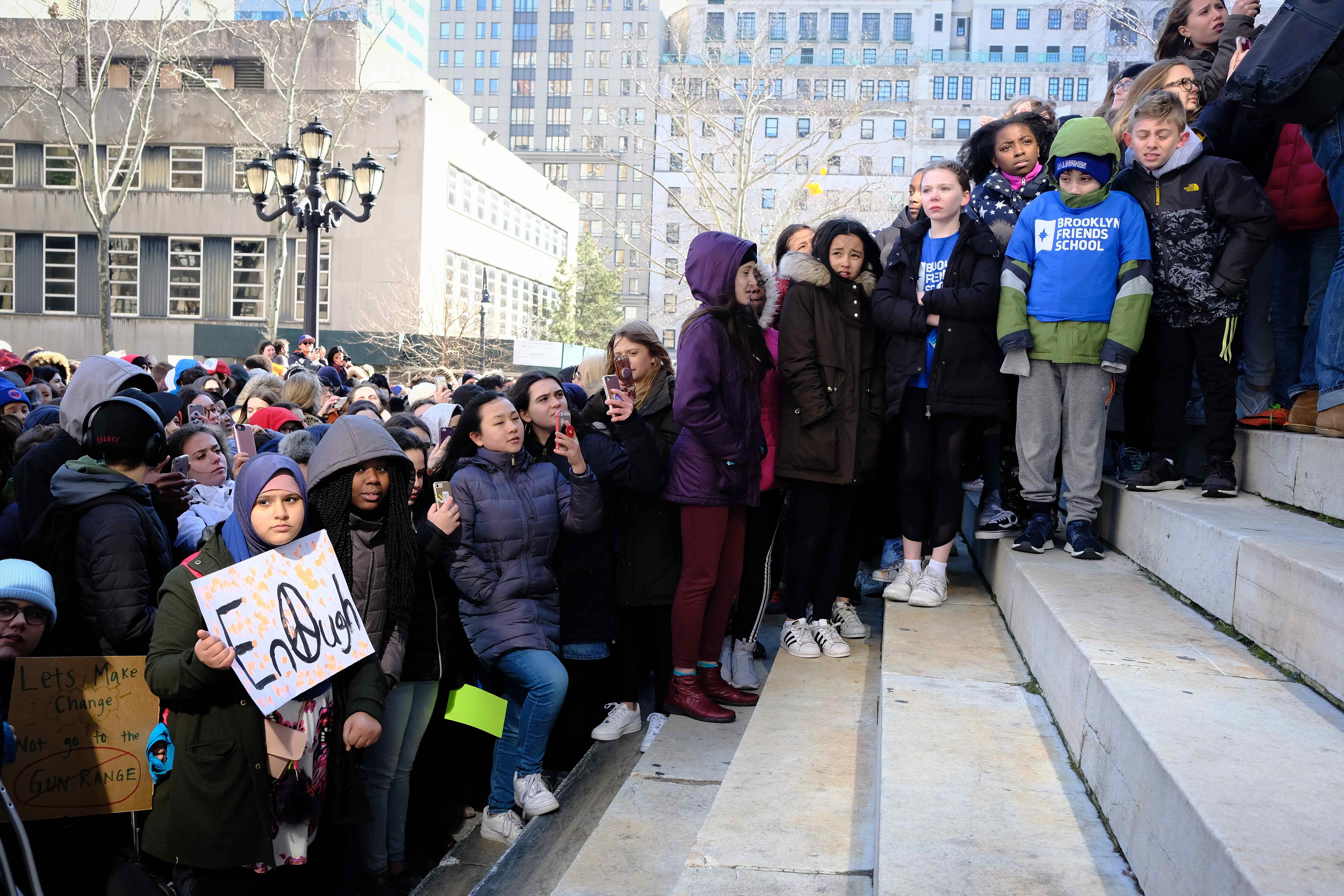 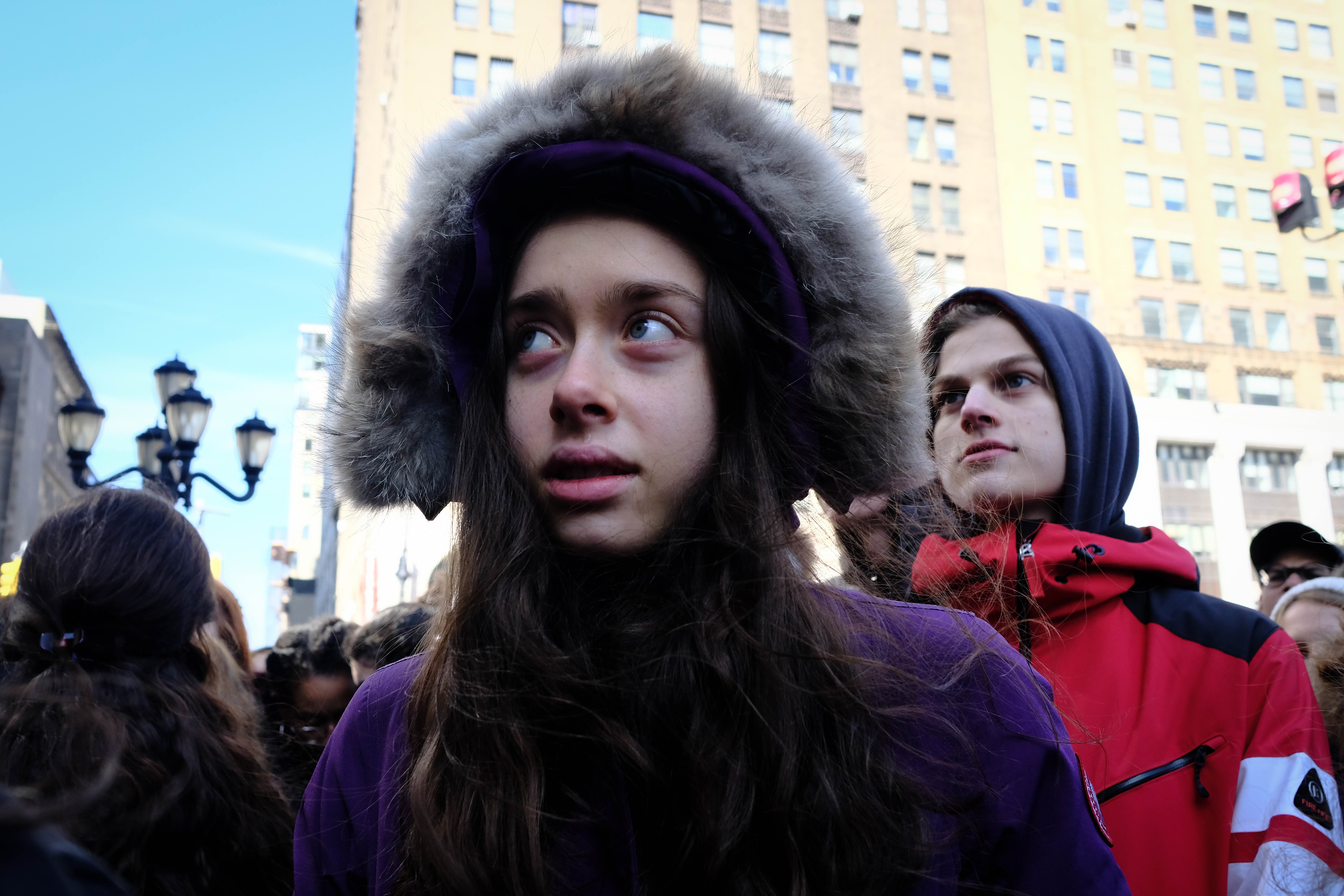 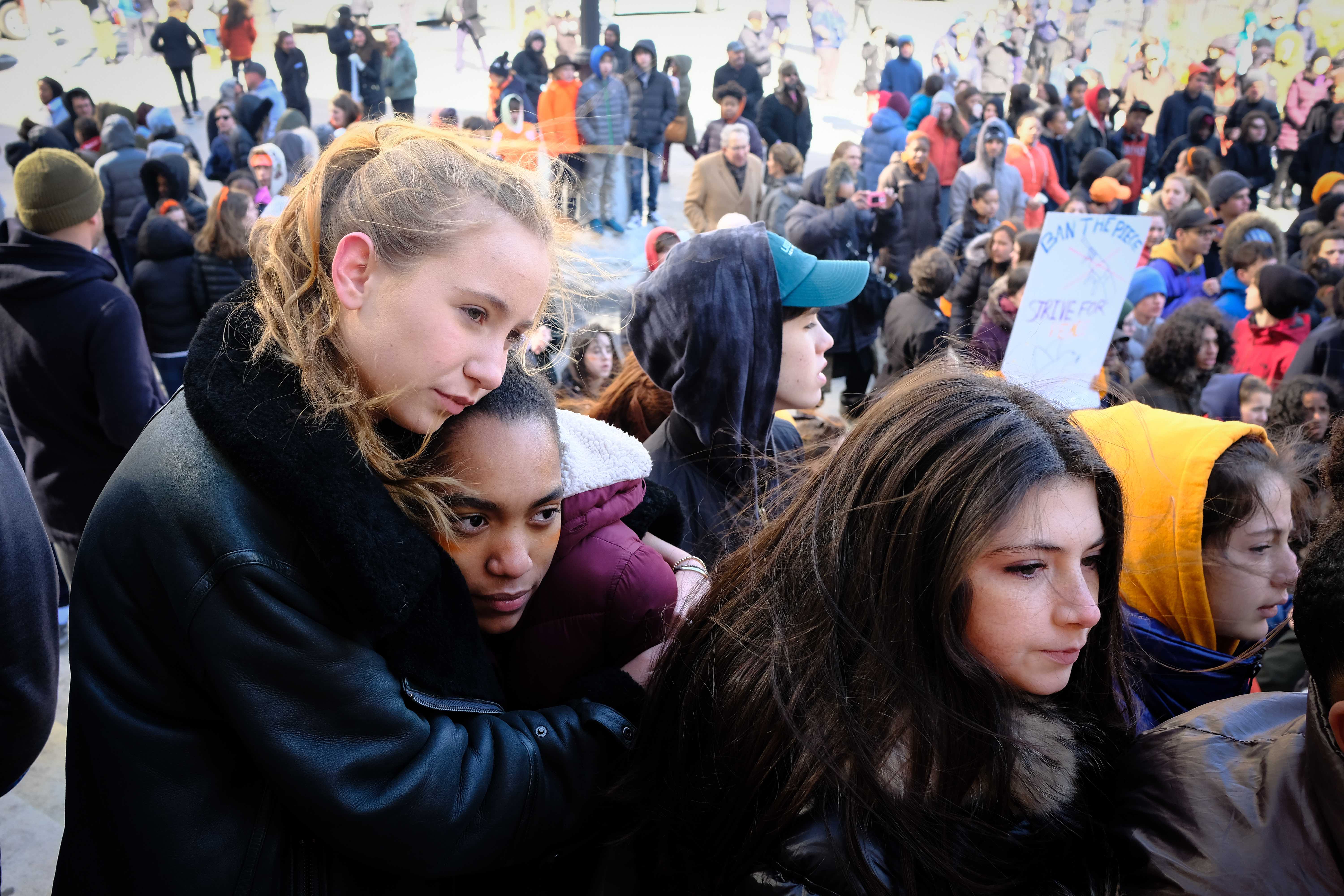 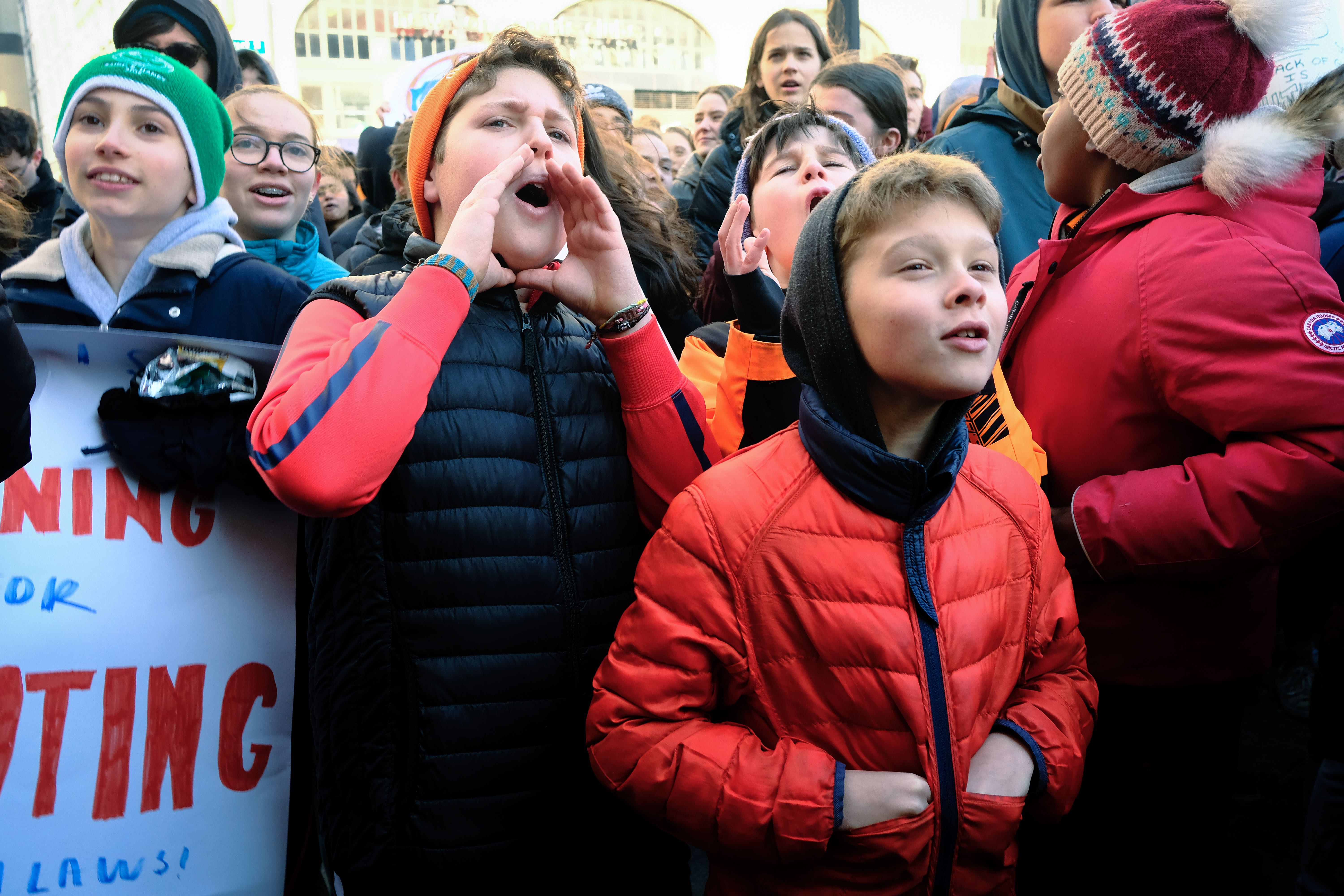 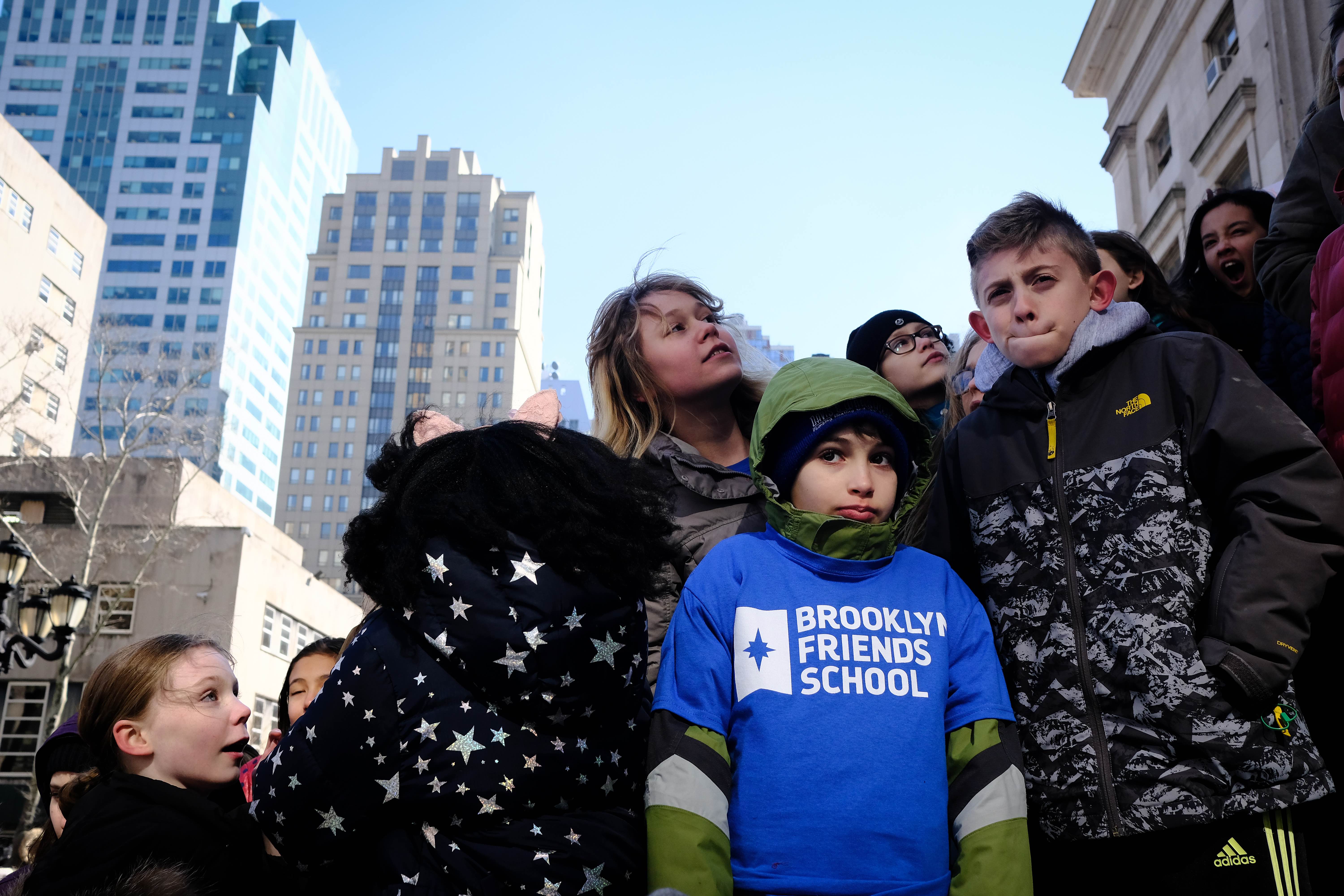 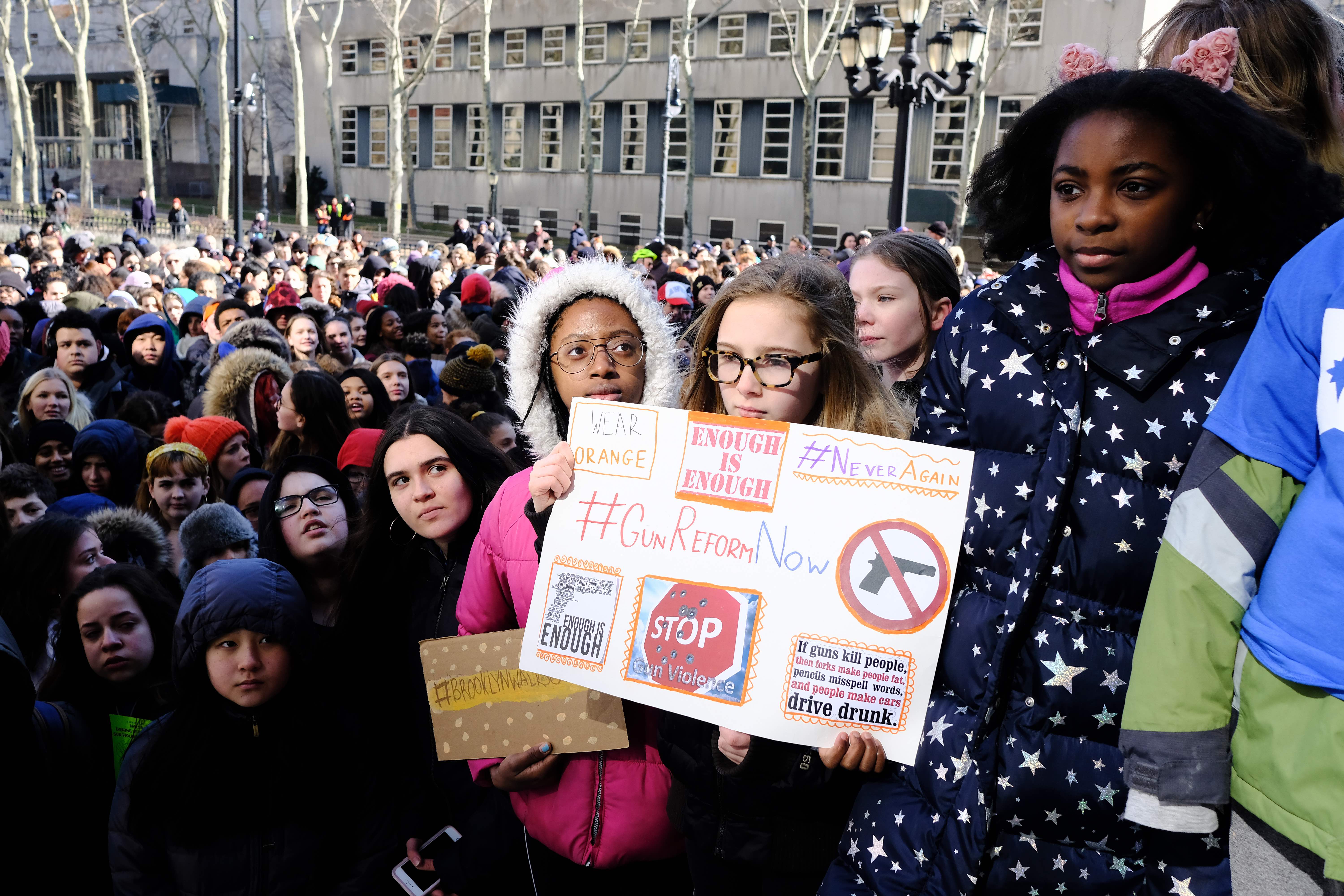 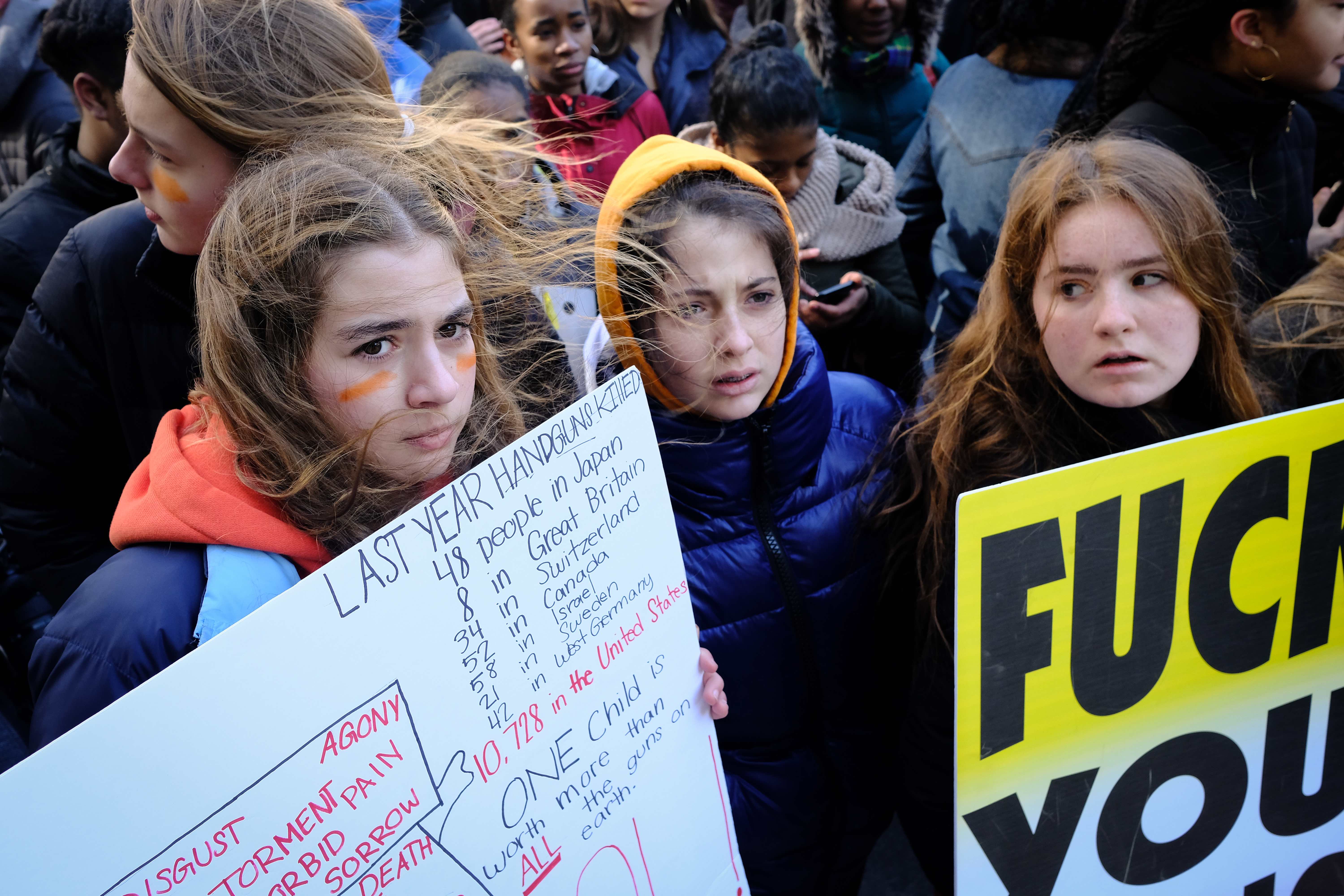 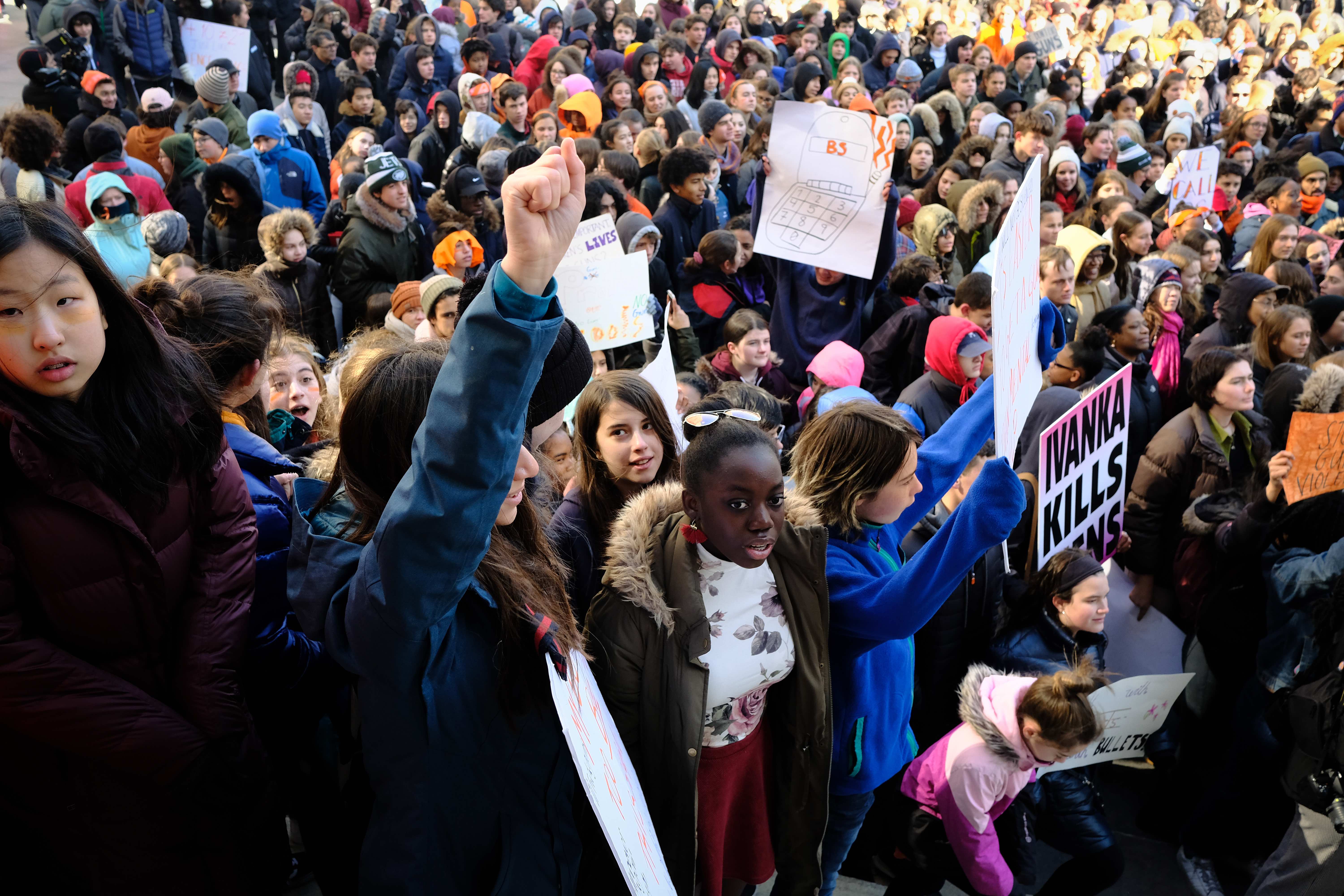 Linkedin
RELATED ARTICLES
OTHER ARTICLES
A new podcast is opening up the conversation between trans women and trans amorous men in the hope of building coalitions.
Mass crustacean die-offs in the North East have led a community of fishermen to take action to save their seas.
After a two-year hiatus and a new album, the Nigerian artist is riding high. Now, he wants to bring his alternative, genre-bending sound to the world.
Yohon Tatum, aka Legendary Father of the House of Tisci, reflects on nurturing a new generation of talent.
A group of aid workers face prison for helping to save people fleeing their homes at sea. If they are charged, it will have a chilling effect on humanitarian efforts.
After building his reputation covering the US civil rights movement in the 1960s, the photographer went on to produce some of the most enduring images of the past century.