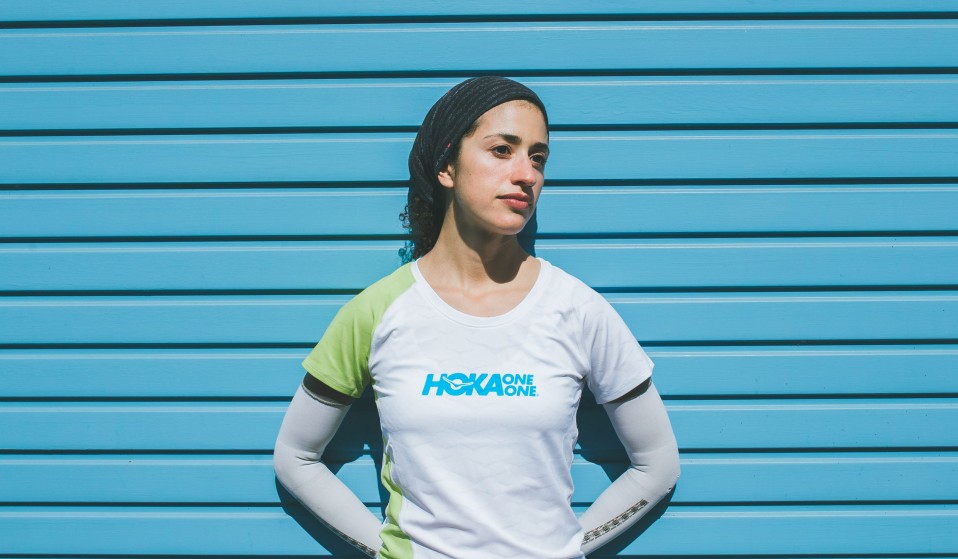 Shirin Gerami’s determination to become Iran's first female triathlete led to a win that transcends sport. This is her story.

Shirin Gerami’s determination to become Iran's first female triathlete led to a win that transcends sport. Her journey is part five in our Huck x Hoka One One series, looking at mavericks who found a new perspective through running.

Most people keep things fairly relaxed the night before racing in a triathlon. They’ll pack their bags, perhaps eat a giant plate of pasta – piled up high like a pyramid – then have an early night. But before her first World Championships, Shirin Gerami was doing none of those things.

Instead she was rushing around trying to get a government’s permission just to compete in the event. To represent Iran, she needed the okay from its Ministry of Sports and, for the previous six months, the answer had been a consistent and resounding “No.”

Then, hours before the race, she got an email confirming she was allowed to compete – making Shirin Gerami the first-ever woman to represent Iran in a world triathlon competition. That mould-breaking moment capped a journey that has been as improbable as it is inspiring.

As a child, Shirin had zero interest in sport – unsurprising, given that girls aren’t encouraged to play sport in Iran, where she was born and lived from the ages of 10 to 15. “In the schools I went to, phys-ed was quite weak,” she says. “It was never a seriously sporty session. It was more girls sitting around a courtyard reading books.” 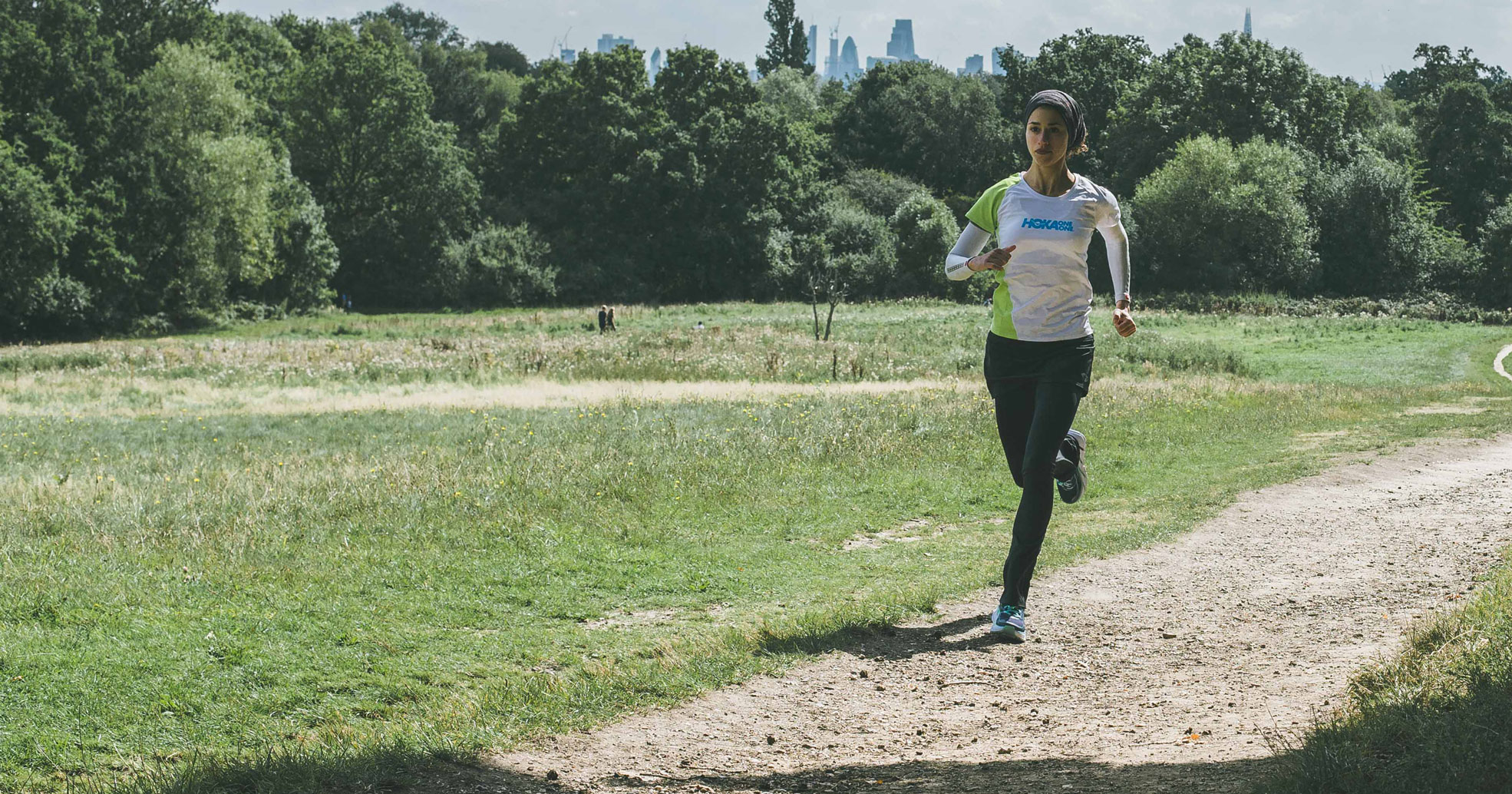 She did, however, love nature and hiking. “I was around 13 when my mum’s cousin, who always loved hiking and the outdoors, told me I should go hiking with her in the [Alborz] mountains, which Tehran [where she lived] is at the foot of. She seemed to know every single person there and she introduced me and said, ‘If you ever see her, take care of her.’”

After that, Shirin would go hiking in the mountains before school most days, leaving at 4 or 5 am in her school uniform. “I’d come down smelly and sweaty and go to school,” she says, laughing.

When Shirin turned 18, she and two friends spontaneously took a hiking trip from Tehran to the Caspian Sea. They were having an amazing time until the fifth night when they got attacked in their tent by a group of men with “large daggers and knives fit to cut off the carcass of sheep.”

The experience proved transformative for Shirin, causing her to be diagnosed with a mental illness. But it also helped her realise that sport could be a way back. “Anytime I’ve gone through a hard time,” she says, “it’s always been sports and the outdoors that helped me come back up again.”

Shirin went to university at Durham in England, and in her final year found the courage to try triathlon. “I didn’t consider myself sporty in anyway. Triathlon seemed totally impossible and out of my reach but I like an adventure…” 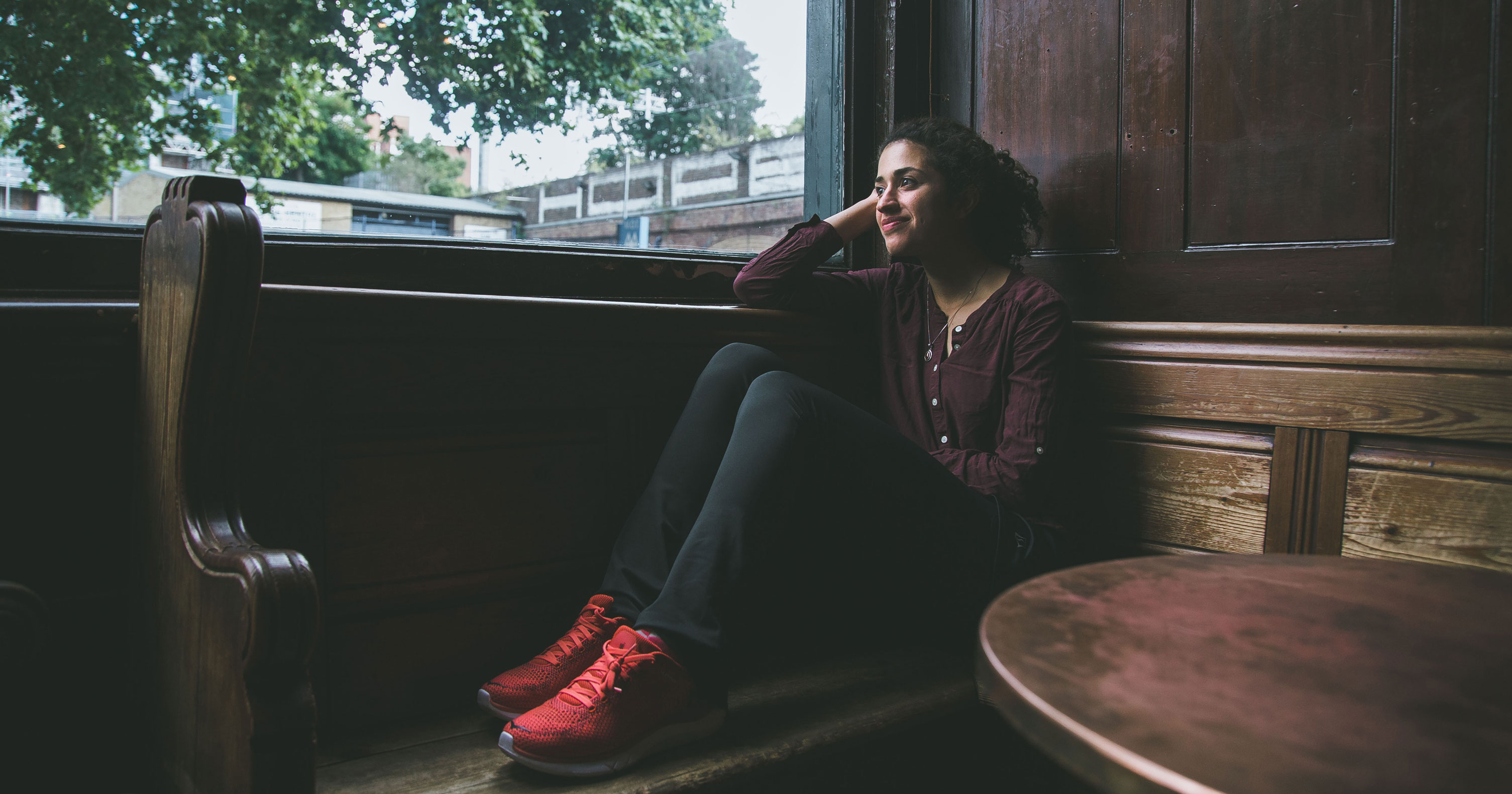 Still, Shirin felt completely intimidated at the start. “I was the last person in the slowest lane in the pool; I had to walk my bike up the hill and I was the one who was getting lapped on the track,” she says.

But she kept going and made progress. At each stage of her first race, Shirin expected to be stopped for going too slowly. But she never was.

Was she euphoric at the finish line? “It was more the realisation that we underestimate ourselves daily. We don’t show up to the start line; we give up before having even tried.”

After moving to London for work, Shirin joined a triathlon club “for the fun and love of it.” Then, ahead of the 2013 ITU World Championships in London, she was chatting with some triathlon friends about the various nationalities that would be represented in the race. “We all laughed and joked and said, ‘Iran, haha… Well, that’s not going to be possible.’ But that night I thought, ‘Hang on. You dismissed something without actually exploring it.’”

The next morning she called up the triathlon federation in Iran and asked why exactly women couldn’t race. After many questions, the first tangible thing Shirin found was that it had to do with Iran’s non-negotiable stance on women covering up. This seemed like a simple thing to solve, but it took her six months of sourcing various outfits – as well as pictures and emails and flights to Iran – before the Ministry of Sports delivered that magical “Yes.”

Race day was the first time she’d worn her sanctioned outfit, which included a hijab. The kit wasn’t the easiest thing to compete in, but that was the last thing on Shirin’s mind. “The relief of getting the permission was beyond anything. I wasn’t thinking, ‘Oh, it feels a little heavy.’” 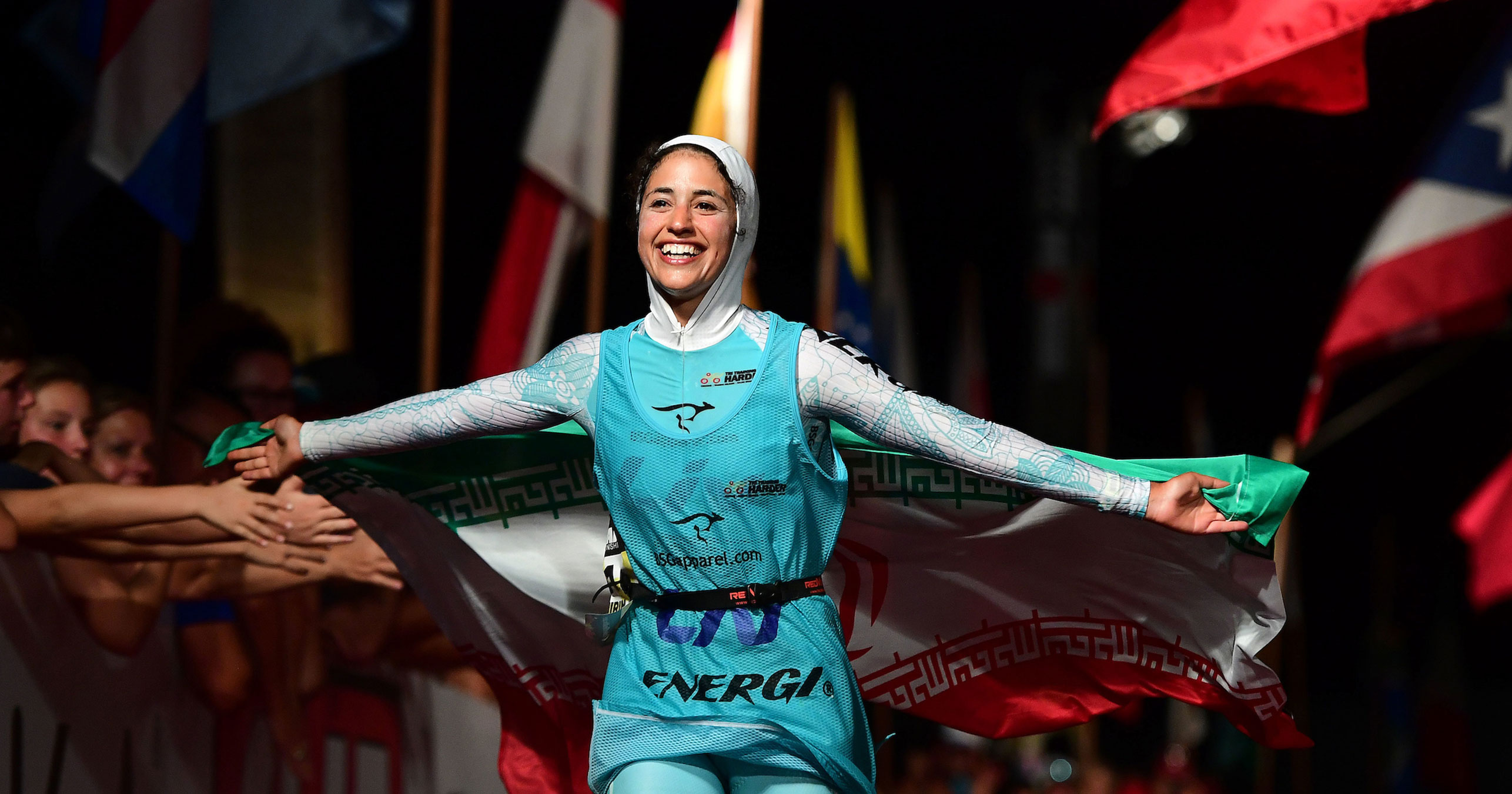 Four years on from that groundbreaking race, she has many more triathlons under her belt – including the iconic Ironman World Championship in Kona, Hawaii, which she competed in last year. Thirteen hours of hardcore exercise over 140.6 miles, all in a hijab, covered to her wrists and toes.

Shirin feels there’s still room for improvement in terms of kit that women can compete in fairly and safely while adhering to strict Islamic codes. “Some people find arts therapy, some people find sports therapy… I dream of a world where everyone can access sports — should they want to. And if clothing really is the area that is stopping you from accessing sport, then I think that’s something that needs to be looked at.”

But Shirin’s legacy is already in full effect. She’s inspired women all over the world, and in 2017, Iran sent a team of female triathletes to the Central Asian Championships for the first time, which was “very uplifting” for her.

“I hope these opportunities will continue growing,” she says. “In the UK, I rock up to whatever club I want to join and start training. It’s as a simple as that. Whereas if I’d been a girl living in Iran, I would not for one second have known what a triathlon was. And I’d have missed out on the confidence, empowerment and joy it’s brought to my life.”

Read more Huck x HOKA ONE ONE stories here. If you run, or are thinking about making running part of your life, you can learn more about the innovative Clifton 4 and Hupana trainers Shirin wears at hokaoneone.com

Linkedin
RELATED ARTICLES
OTHER ARTICLES
50 years since its inception, and the campaign calling for recognition that capitalism depends on domestic labour is as pertinent as ever.
With inflation now at a 40-year-high of 9 per cent, demonstrations organised by TUC took place to demand action from the government.
The singer-songwriter discusses her intimate new project – and the advice she’s picked up across a career as one of rock’s leading voices.
A new edition of a seminal book brings together iconic images of the band onstage in their full glory and backstage in moments of unguarded camaraderie.
The curators of a new exhibition are hoping to shed light on Plymouth’s vibrant but often overlooked nightlife.
A new report has found that the majority of Britains approach trans issues with compassion. It’s about time this was reflected by our media landscape.