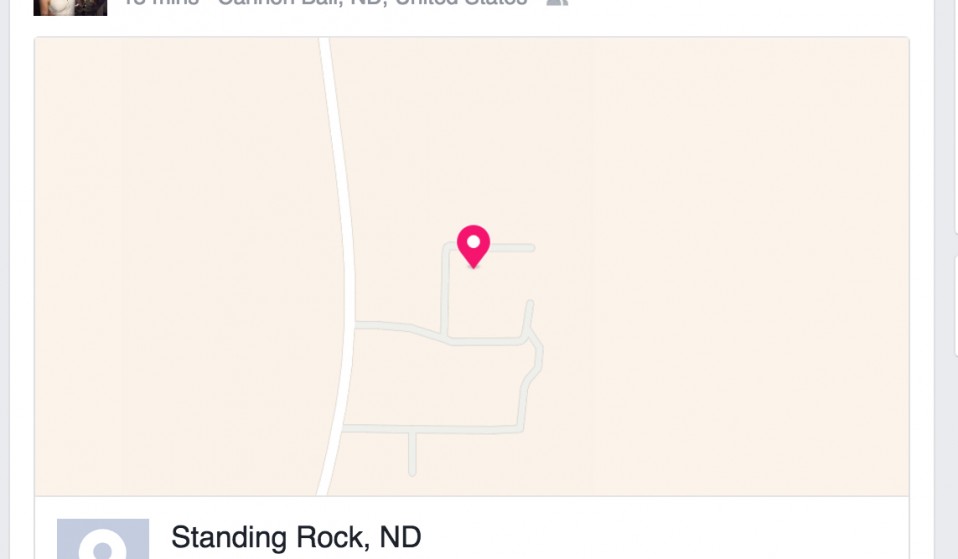 Thousands of people are using Facebook to check-in at Standing Rock, North Dakota in order to protect people from local police who are targeting protesters based on their location.

Thousands of people on both sides of the Atlantic have been using Facebook to check-in at Standing Rock, North Dakota to protect the Dakota Access Pipeline (DAPL) protestors.

Activists and environmentalists have welcomed calls for the virtual flash-mob in Standing Rock after claims that Morton County Sheriff’s Department have been targeting protestors based on their location on Facebook.

Flooding the check-in at Standing Rock has been referred to as “concrete action” for those who are unable to make a physical protest themselves. This simple act of digital defiance aims to protect the identity of campaigners on the ground and has raised awareness of the $3.7 billion pipeline which will pump crude oil across 4 states, sacred burial grounds and poses a risk to local water supplies.

Over 140 people were arrested last Thursday after Native American activists where met with pepper spray and armoured police.

These continuous arrests and barricades have been seen as an assault on “freedom of expression on the most basic level”, after journalists, filmmakers and politicians supporting the Native American community have also been threatened with legal proceedings by North Dakota officials.

Native American leaders have vowed to fight DAPL to the bitter end and in an age of voyeuristic social media activism, checking-in at Standing Rock has both positive consequences for those fighting the construction of the pipeline.

Linkedin
RELATED ARTICLES
OTHER ARTICLES
A series of photos by the late Jerry Dantzic taken in 1957 show a tender side to the iconic Jazz musician.
After rewriting the indie rulebook with her devastating songs about romantic longing, the singer-songwriter is now imagining a future in which the artist is no longer a product.
Yesterday, rail workers came together to protest poor pay, working conditions and job cuts in their latest round of strikes.
Photojournalist Fiora Garenzi spoke with people still living in Eastern Ukraine, an area which seen some of the heaviest fighting since the war began.
The Conservative leadership contest has exposed an obvious truth: whether our next prime minister is a woman, or a British-Asian man, they will continue to fan the flames of division.
RaD was inclusive, underground and unapologetically British. Almost three decades after it ceased publication, the people behind its success remember its influence.