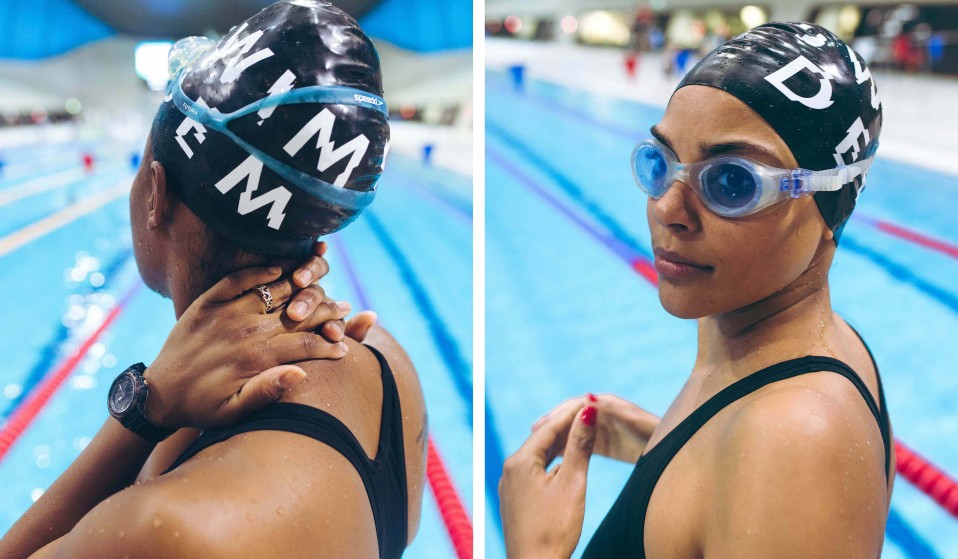 The Swim Dem Crew is an inner-city swim group focused on the power of community, bringing together city dwellers through water-based fun. ‘London can get you down,’ explains co-founder Nathaniel Cole. ‘But Swim Dem can help keep you afloat!’

The Swim Dem Crew is an inner-city swim group focused on the power of community, bringing together city dwellers through water-based fun. ‘London can get you down,’ explains co-founder Nathaniel Cole. ‘But Swim Dem can help keep you afloat!’

“Swimming is really boring!” exclaims Nathaniel Cole, co-founder of Swim Dem Crew, when I ask him why he set up the club. If the answer is different to what you would expect from someone who organises twice weekly swimming sessions for a revolving group of around 30 people, welcome to Swim Dem –Together with Peigh Asante, the pair started the project in 2013 after their positive experiences with group exercise at community-centred Run Dem Crew, something they refer to as a “massive, positive community”, and a vibe they sought to emulate in water rather than on land.

The pair are eager to point out that the focus of Swim Dem is not swimming, but rather to foster a sense of community and family. Entry to Swim Dem isn’t decided by swimming ability – they have beginners here – but rather a process involving (among other things) a question about your favourite ice cream flavour. “You’re coming into a community – it’s not just a weekly class you go to,” explains Cole. “We go on trips, there are meals, there are birthday parties… you gotta mesh well. I don’t care about swimming, I care about people. I want people who can do all that stuff, and swim.” 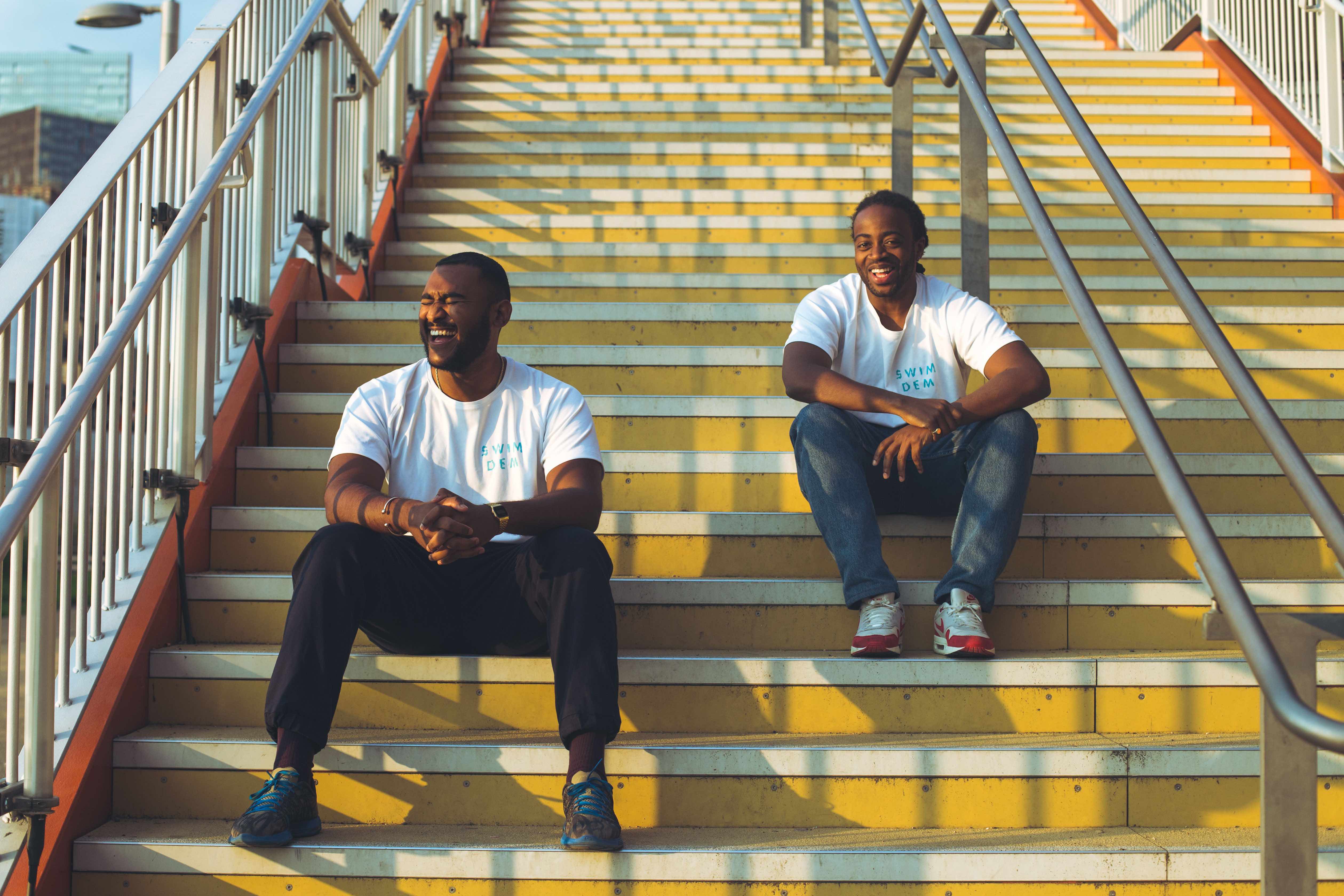 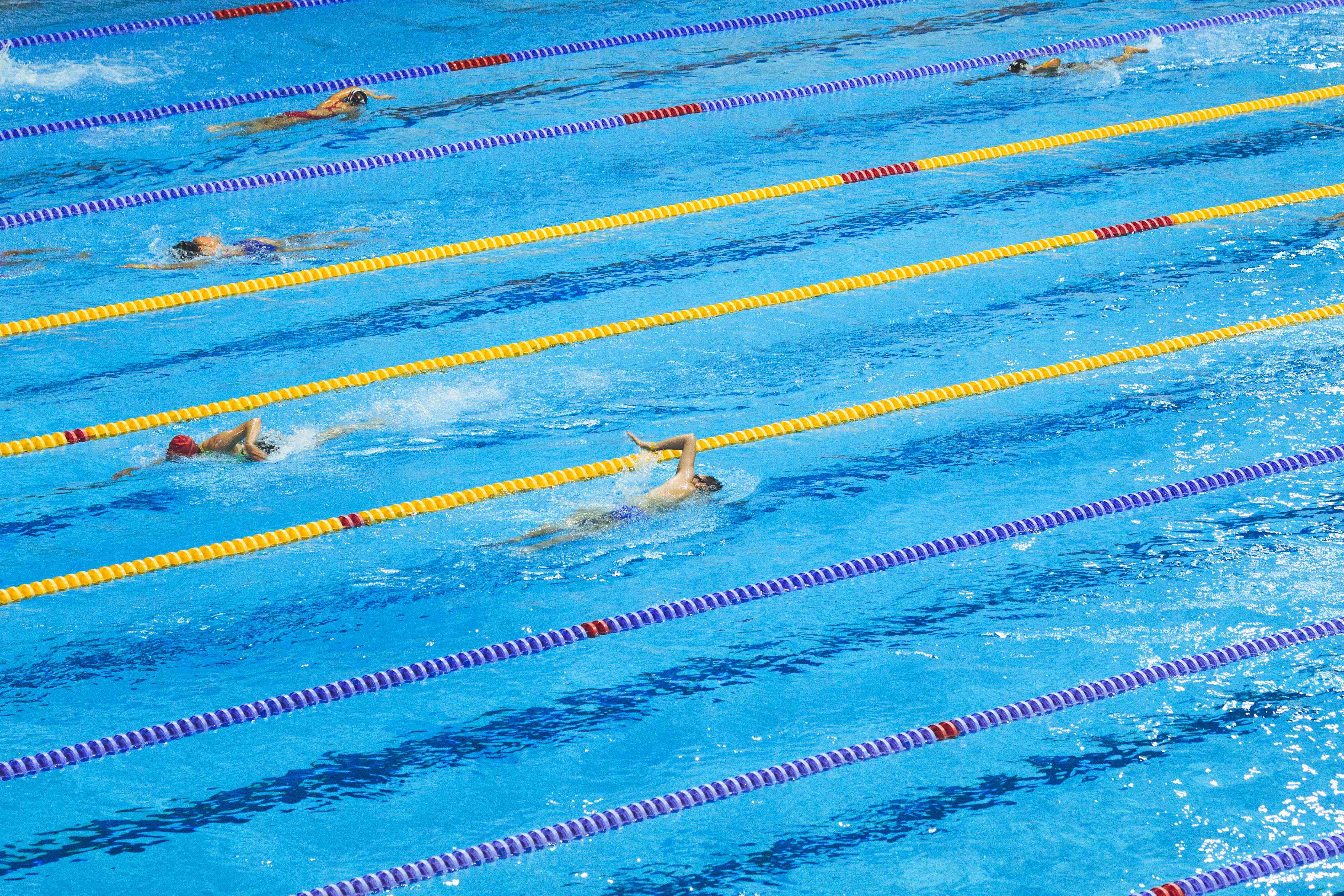 At its core, Swim Dem is a swimming club in which members attend two sessions a week: Monday evenings are held at the Aquatic Centre in Stratford and usually consist of intensive and drill heavy sets. Crucially, there is no sense of competition here; the only person you’re ever competing against is yourself.

Rabz, 24, has only been to 3 sessions, and despite being “really scared of water” when she first applied, is now already comfortable in the 3M deep pool. “Everyone is really welcoming, it’s really like a family,” she says. “They’re really patient when it comes to swimming – my first session I couldn’t get into the deep pool but Peigh talked me through it, kept pushing me, and by the end of my second session I was already moving away from the edge which was significant progress! He made me understand what was holding me back was mostly mental.” 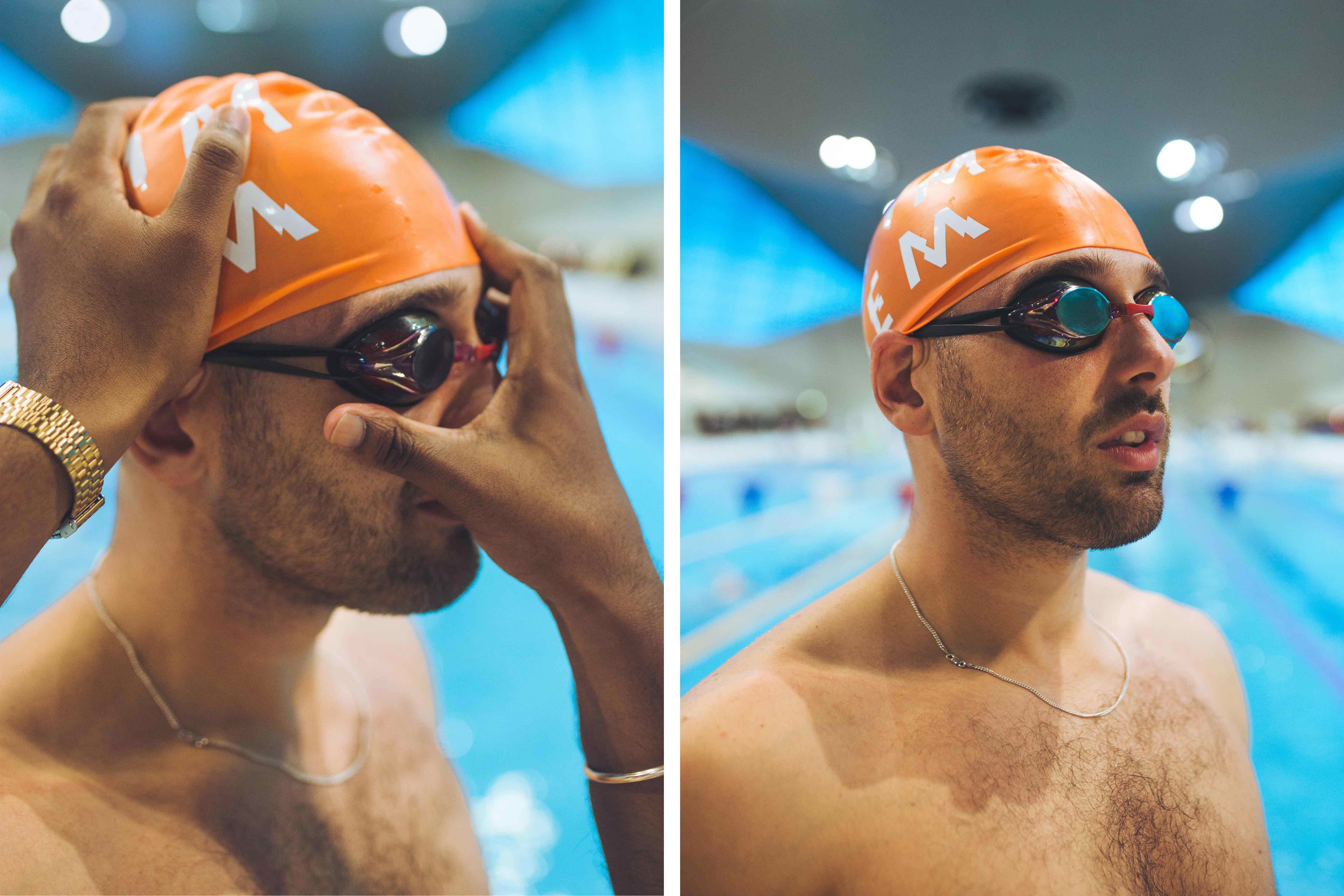 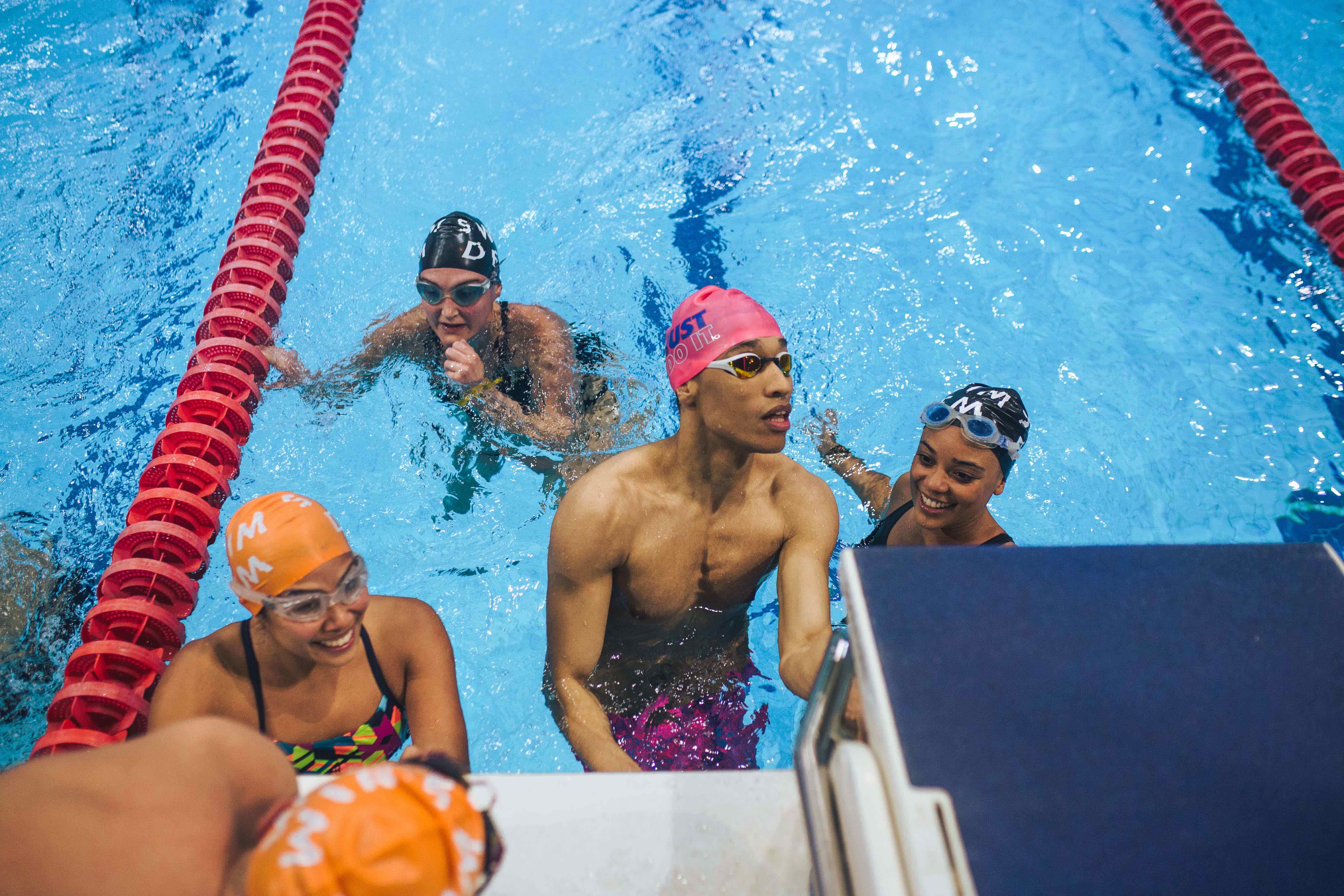 Saturday sessions are more relaxed: the club moves around London’s pools and spends two weeks at each one, an opportunity to discover new parts of London that you might not have ever been to before, followed by breakfast. “I like it because we get to meet new people as well,” Asante tells me. He recounts a story where he posted their location for the day on the group’s Instagram, and when they got there an older woman was waiting at reception hoping to swim with them for the day. “It was mad but brilliant, we’re still friends now! She showed us a cool local spot to go and eat afterwards, and we keep in touch.”

When I attend a session, it is the beginning of Mental Health Awareness Week, a topic Nathaniel is particularly vocal about when it comes to the importance of both swimming and Swim Dem respectively. “[The club] is good for my mental health because I get to see people and feed off their emotions,” he says. “It’s a really positive thing in my life.”

“With the act of swimming itself, it’s a chance to check out – when you’re in the water you’re focusing on not drowning. It’s a chance to step out of normal life. You can’t be on your phone, you can’t procrastinate. I like it because I get to just focus on one thing for like an hour.” 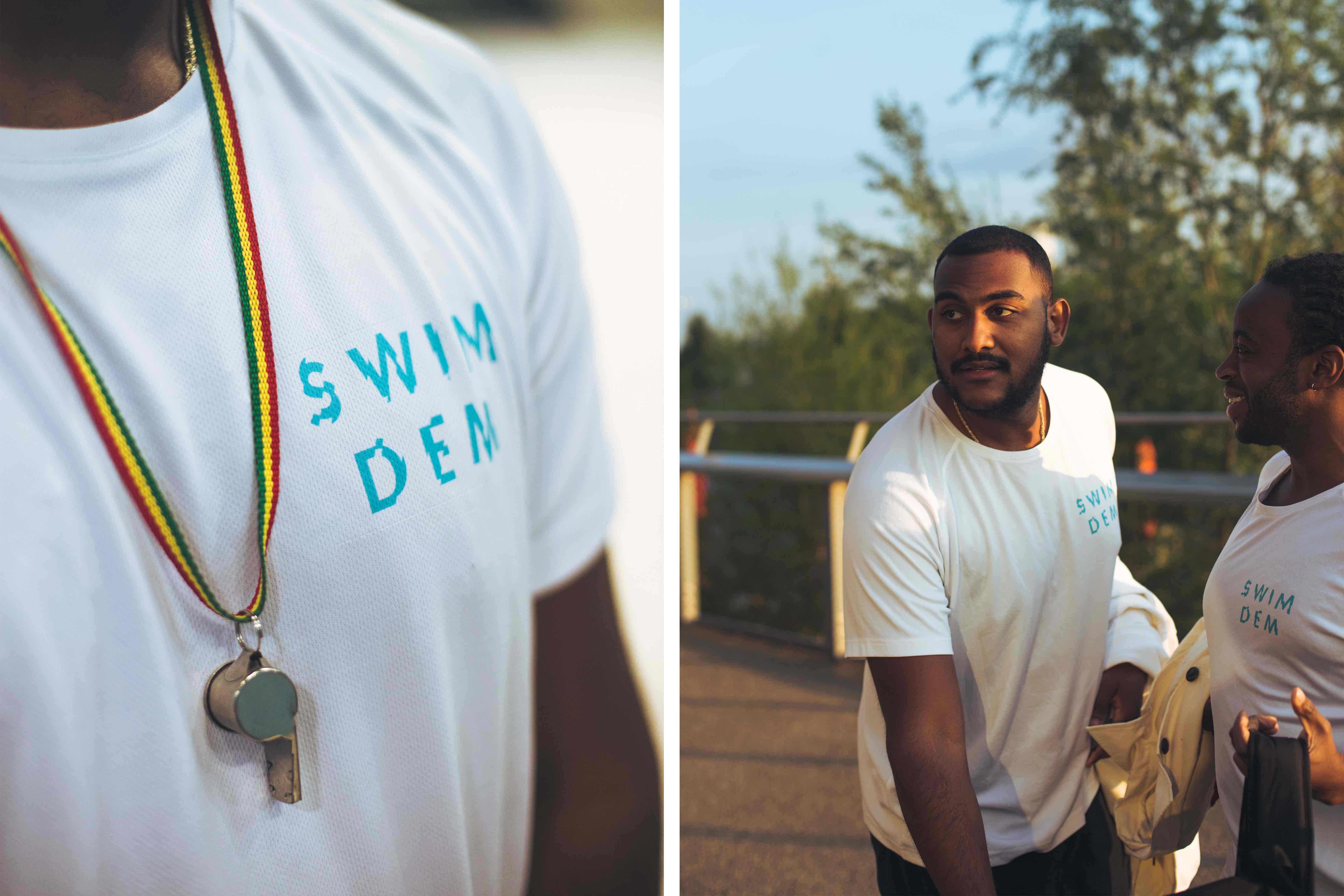 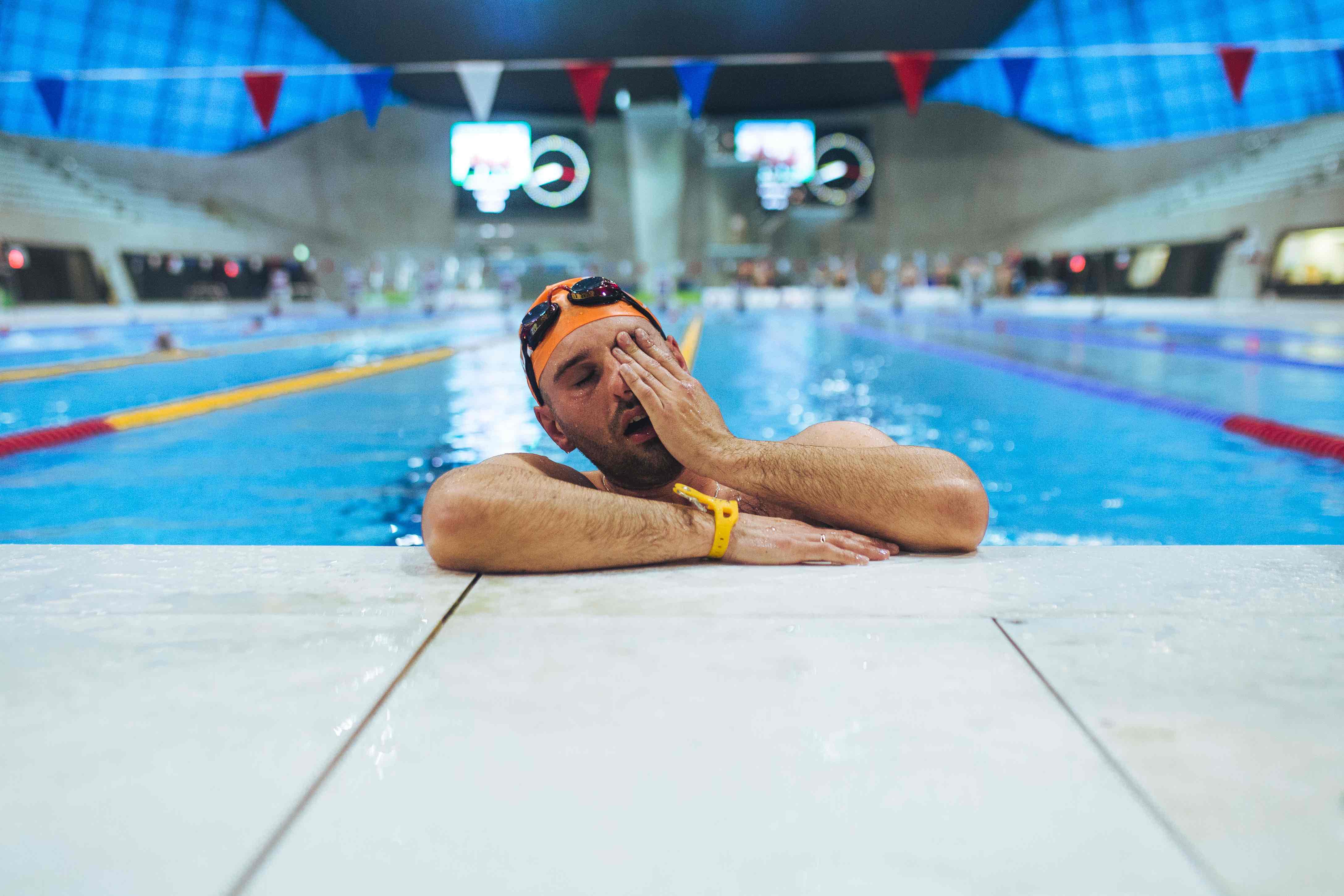 The importance of community is at the heart of Swim Dem. “I think London can be quite lonely, especially when you get to our age [Asante is 32, Cole is 27] and get a bit older,” muses Cole. “London can get you down but Swim Dem can help keep you afloat! We believe in the power of community and that’s what’s got us this far and what keeps driving us forward.”

Outside of Swim Dem, both Asante and Cole are creatives living in South East London – Asante works in advertising, while Cole is a writer and workshop facilitator – and this creative energy extends to their initiatives outside of the water. This summer will mark five years of Swim Dem, and they plan to celebrate the event with a pool party, a film screening and a merchandise launch. Outside of that, they’re recording a podcast, working on Swim Dem Soundsystem, and planning their next trip abroad for the 30 odd members of the club.

In the longer term, the pair want to take their project global. “You rarely see black and brown people swimming,” says Peigh, with a laugh. “Not in a big-headed way but we’re driving the culture, and we wanna make sure we stay at the front and get to meet and work with people who have set up their own versions of Swim Dem in other countries”. Look out for this water-based family in a pool near you soon. 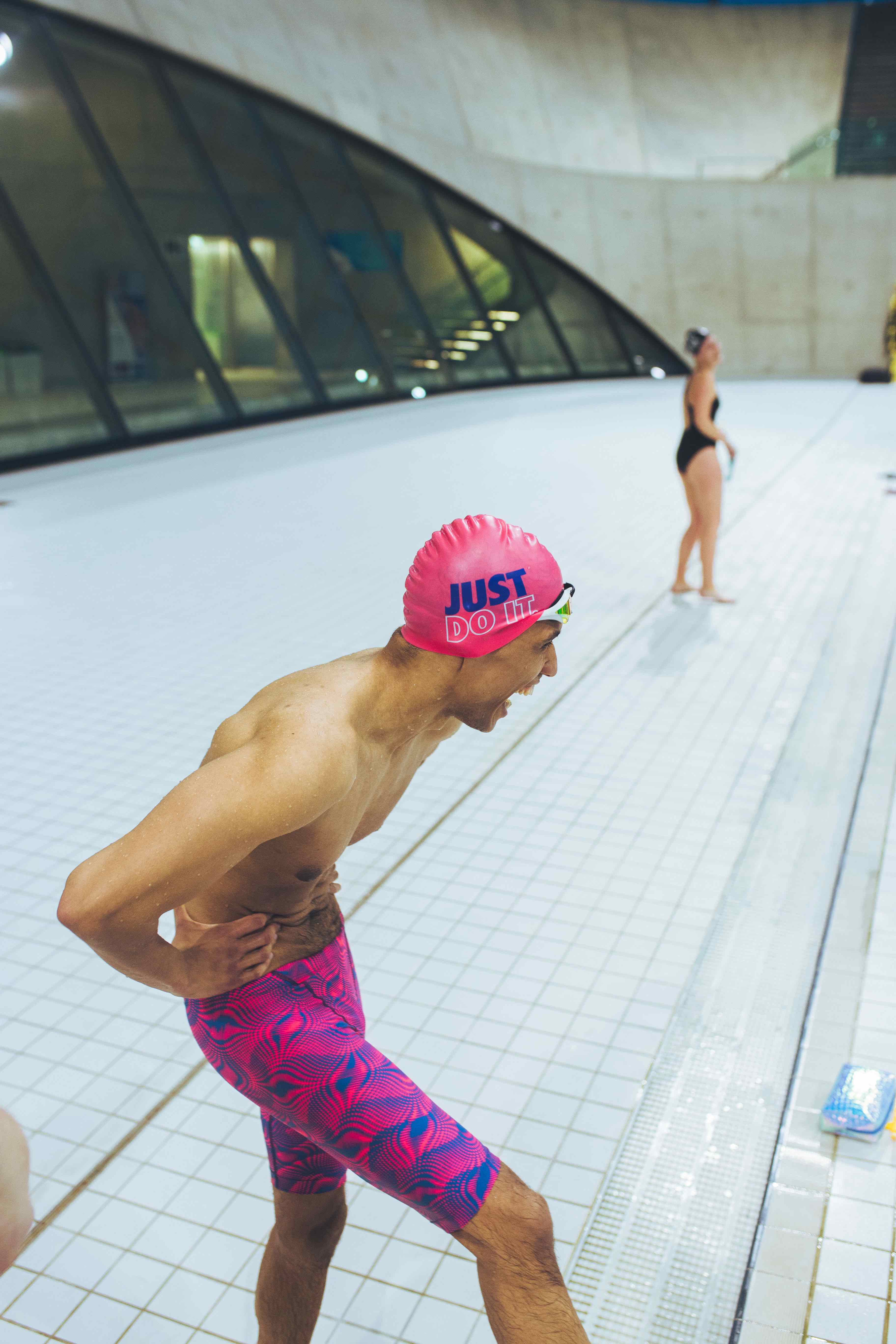 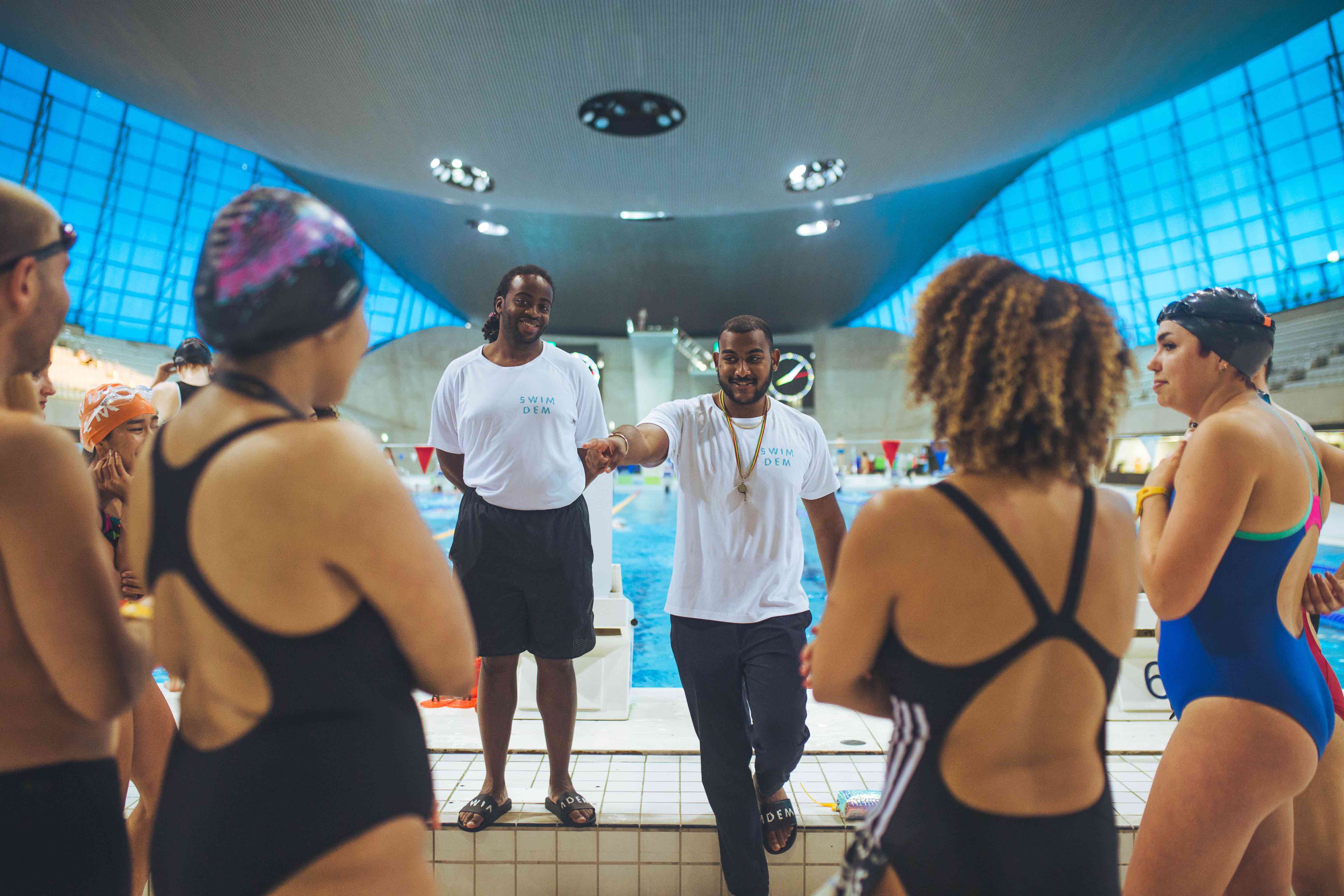 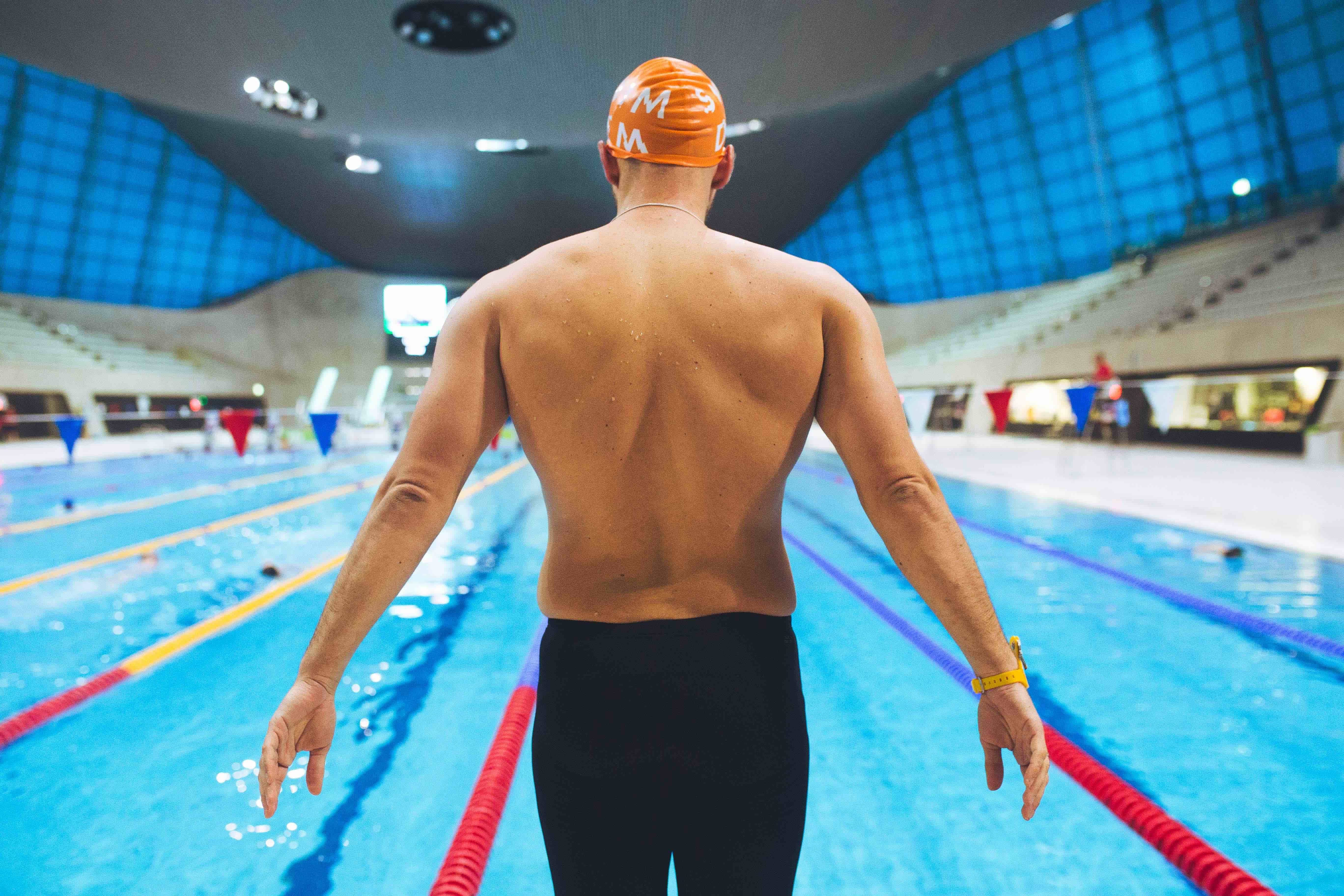 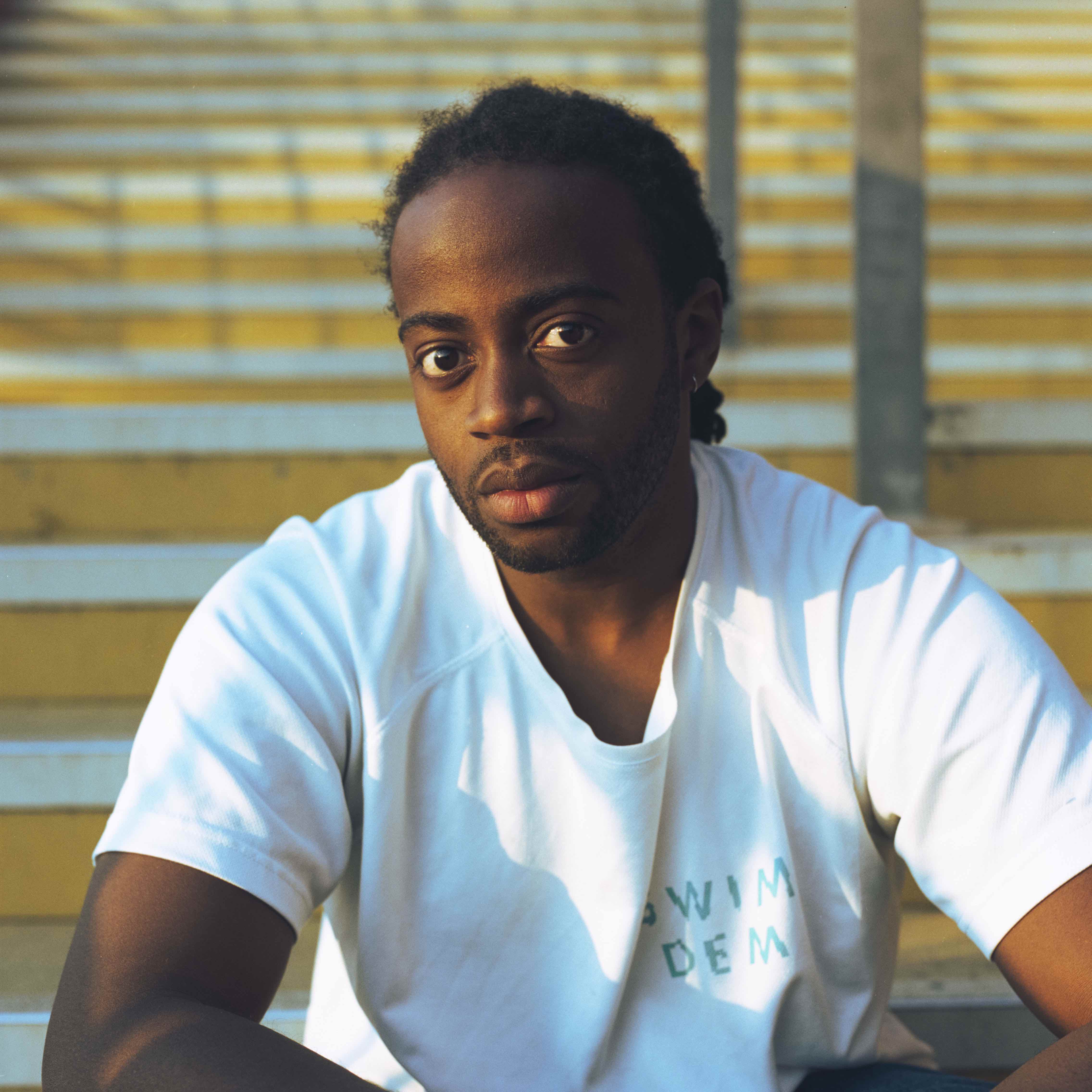 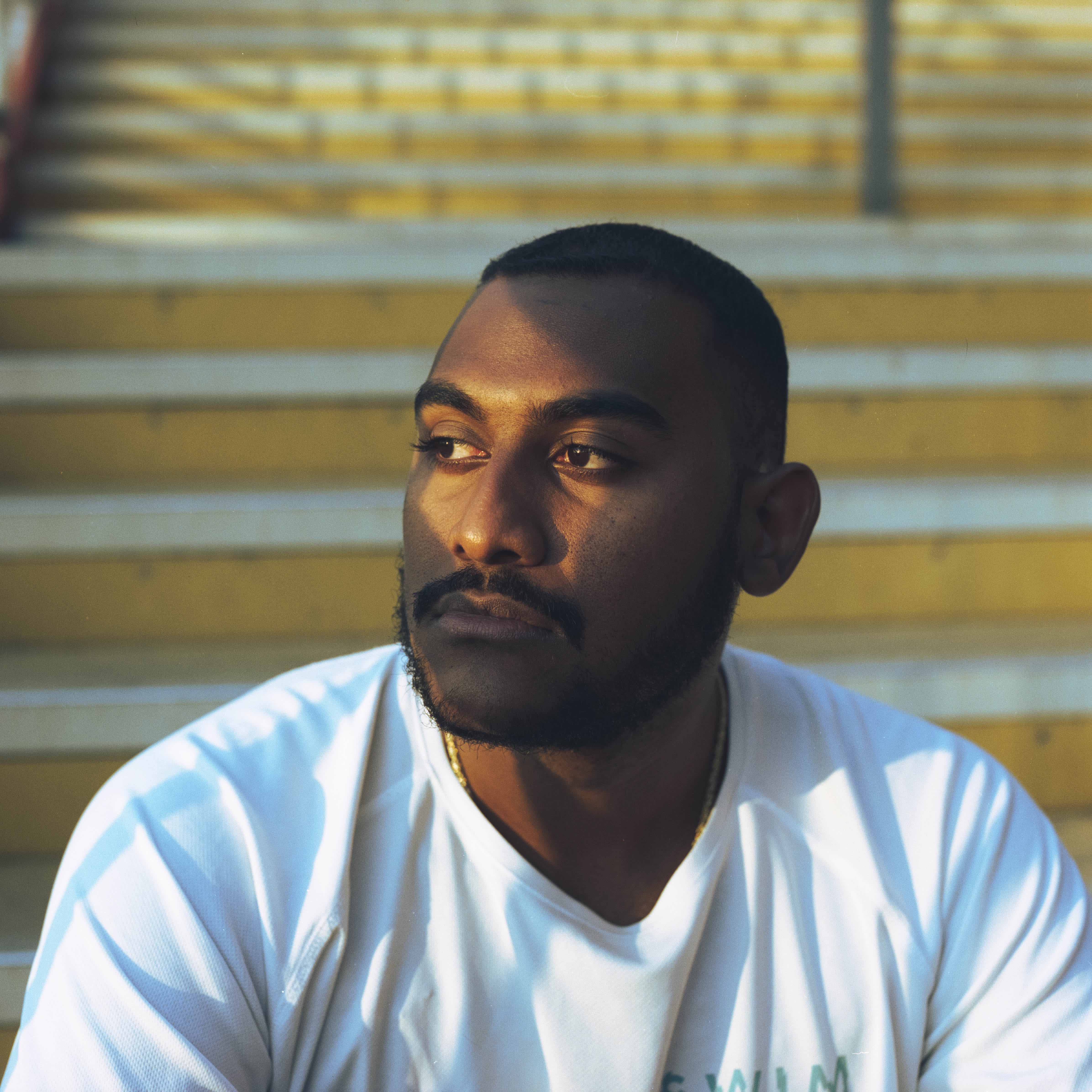 Learn more about the Swim Dem Crew on their official website.

Linkedin
RELATED ARTICLES
OTHER ARTICLES
To mark the premiere of his new documentary on surfing giant Gerry Lopez, the filmmaker and former pro skateboarder sits down to share his unique brand of wisdom.
Following the release of his latest album, the rapper talks about finding a new approach to songwriting, attitudes to poverty, and why his music is more than a political statement.
Yesterday, rail workers came together to protest poor pay, working conditions and job cuts in their latest round of strikes.
With the UK now set to run out of vaccines, people working in the sex industry – particularly outside of major cities – have been left especially vulnerable, reports Brit Dawson.
Photojournalist Fiora Garenzi spoke with people still living in Eastern Ukraine, an area which seen some of the heaviest fighting since the war began.
Steel City is often overlooked when it comes to the country's cultural radar despite its role in shaping electronic music.