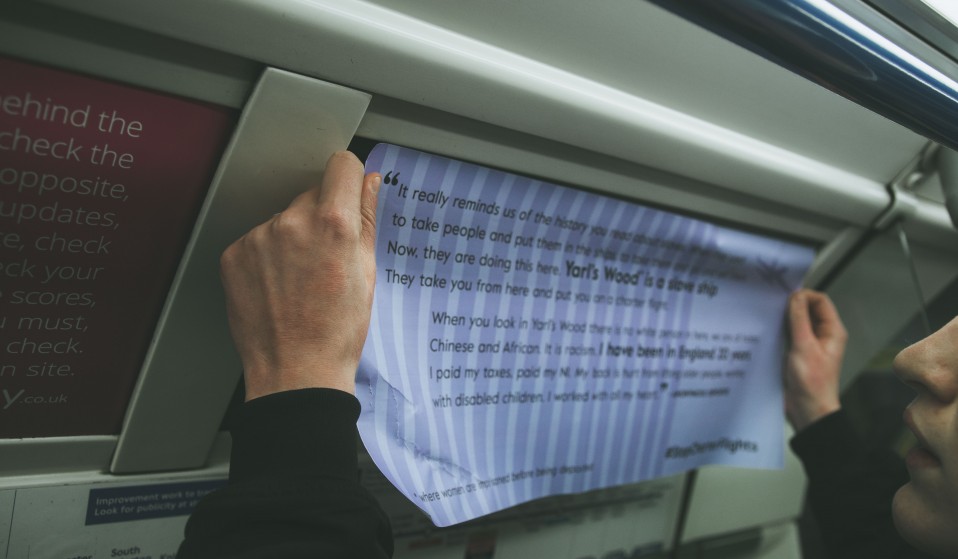 We join activists as they take to the London underground at night to ad-hack, highlighting the inhumane deportations carried out by the UK government.

With injustice all around us, activists are constantly being forced to find new ways to grab our attention. We join campaigners from No More Deportations as they take to the London underground network at night to ad-hack, highlighting the inhumane deportations the British state subjects people to.

In the last fortnight, mass protests have dominated headlines, conversation and social media worldwide. The Trump inauguration? The Women’s Marches? It seems like protest is strewn in every direction you look. It’s easy to forget however, how much of a falsehood this often is.

The truth is – whether it’s the people camped outside Parliament to protest British ties with Bahrain, or events organised to draw attention to the under-funded, at crisis point NHS – the media rarely covers protest. There are many reasons why: much of our media have their own political agenda, those at the heart of grassroots movements often lack media links, and, in a traffic-driven media landscape, there’s seemingly a limit on how many marches we really want to read about, regardless of turnout or cause.

In an age where it’s becoming more and more difficult to demand attention for issues, activists are having to be more imaginative than ever.

I guess that’s why this Wednesday night – instead of having my head buried in a Pot Noodle while staring blankly at an episode of ‘Fresh Prince of Bel Air’ as per usual, I’m stood outside King’s Cross Station in central London. It’s 10:45pm, bitterly cold, and I’m waiting. 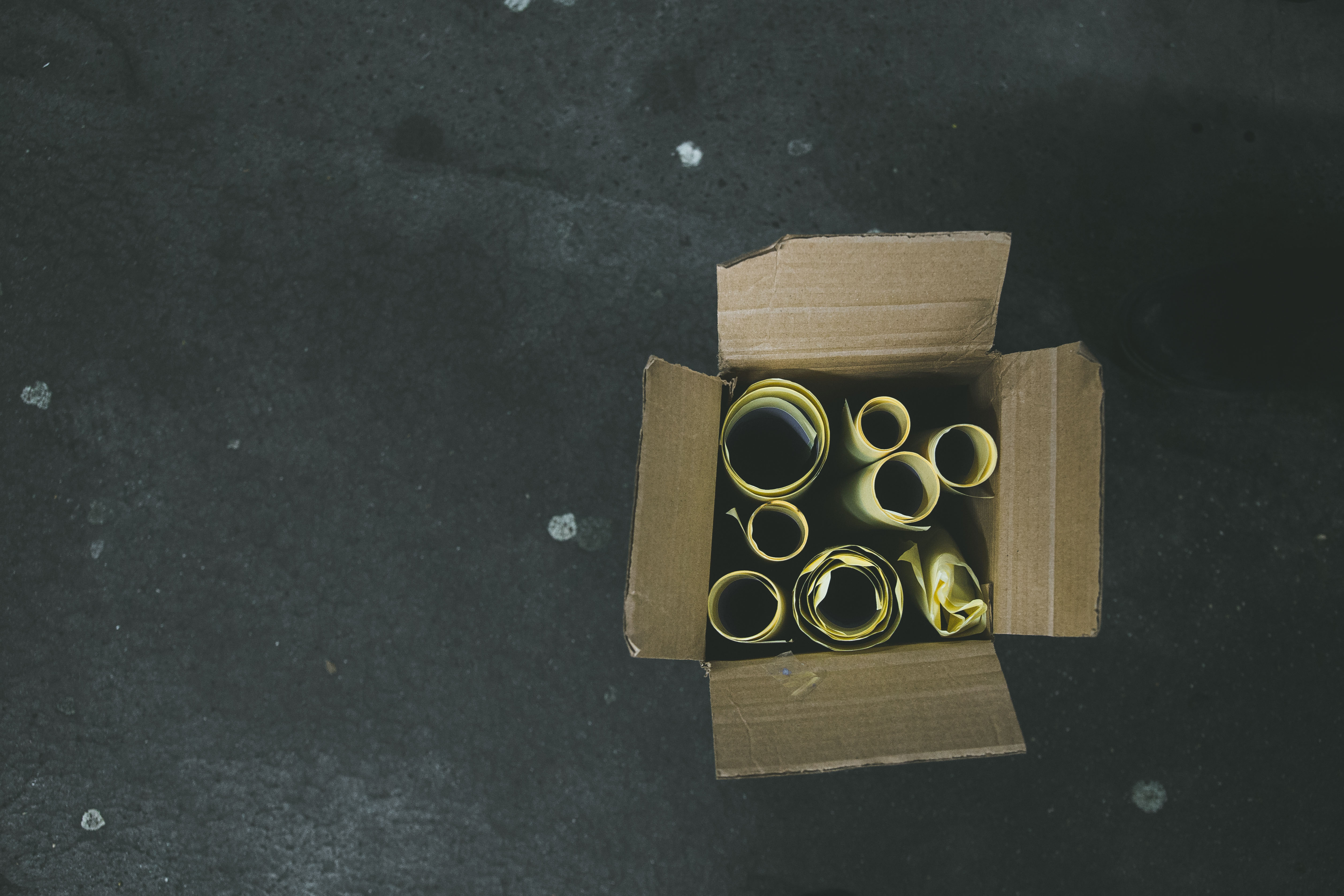 It was just a matter of hours ago that a tip off arrived about a protest that’s about to happen. With endless stories of communications being intercepted, and an often heavy-handed police force, it’s not hard to see why activists are keen to cover their tracks.

Tonight, in order to highlight the injustice of mass deportations on charter flights from the UK – in the dark of the night – campaign group End Deportations are hijacking hundreds of ad spaces on the London Underground, replacing them with their own posters to highlight their cause. And we’ve been invited to follow them. 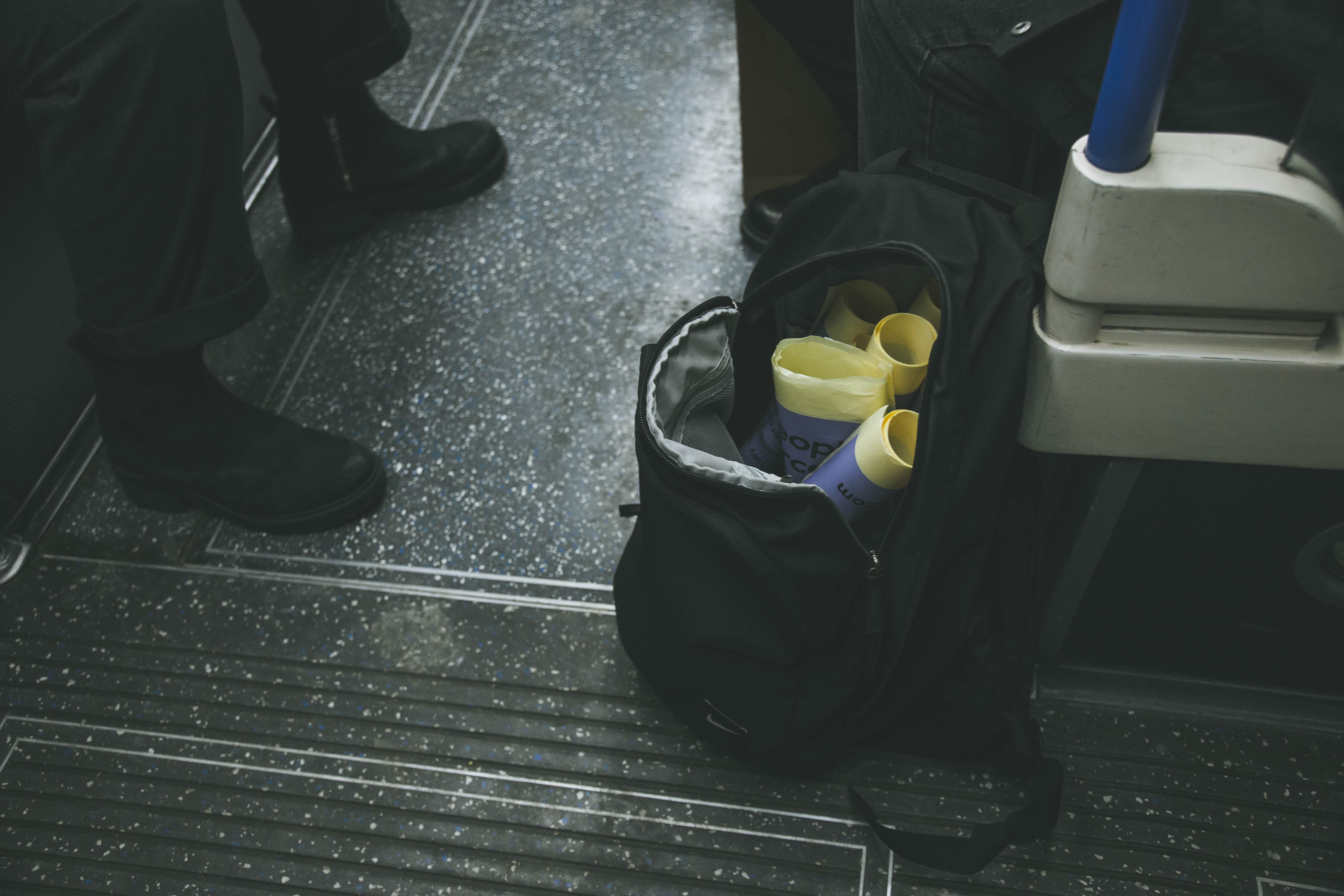 “We demand no more deportations, an end to charter flights and the racist detention system, that imprisons people indefinitely,” I’m told by a member of the group, clutching a cardboard box as we huddle together outside. Mass deportations of people the UK government arbitrarily decide are no longer welcome are commonplace, and while some attract attention, many go unnoticed by the public at large. This action is one in a series of planned protests to change this.

With all involved tonight working in-sync; trading texts, splitting up and taking different routes so to maximise their reach, we get moving.

“It’s not hard to organise protests like this if people come together and work collectively,” explains a woman next to me. “It doesn’t require any specialist skills or experience.” We break off, bidding farewell, and splitting off to follow our designated line: The Piccadilly. 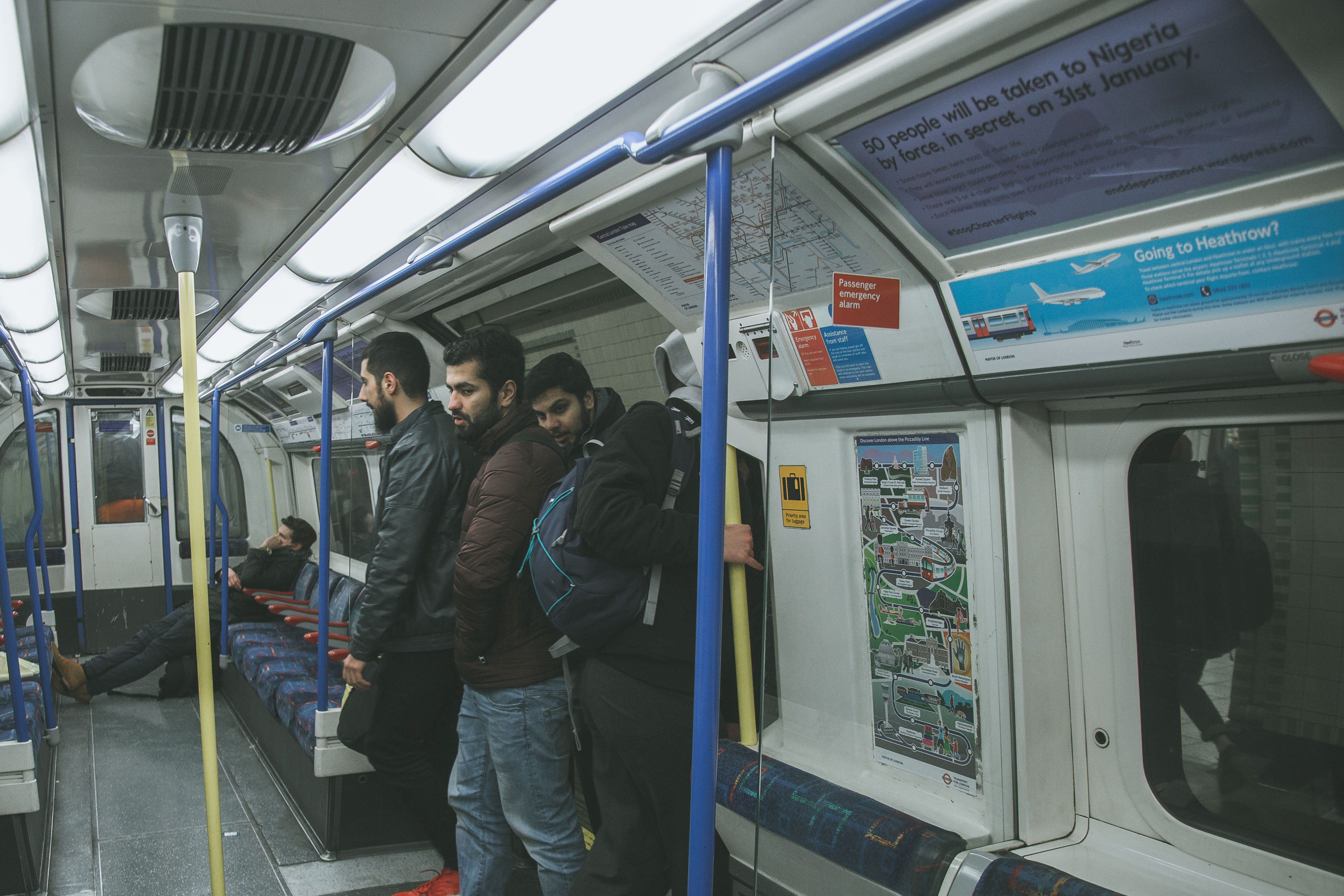 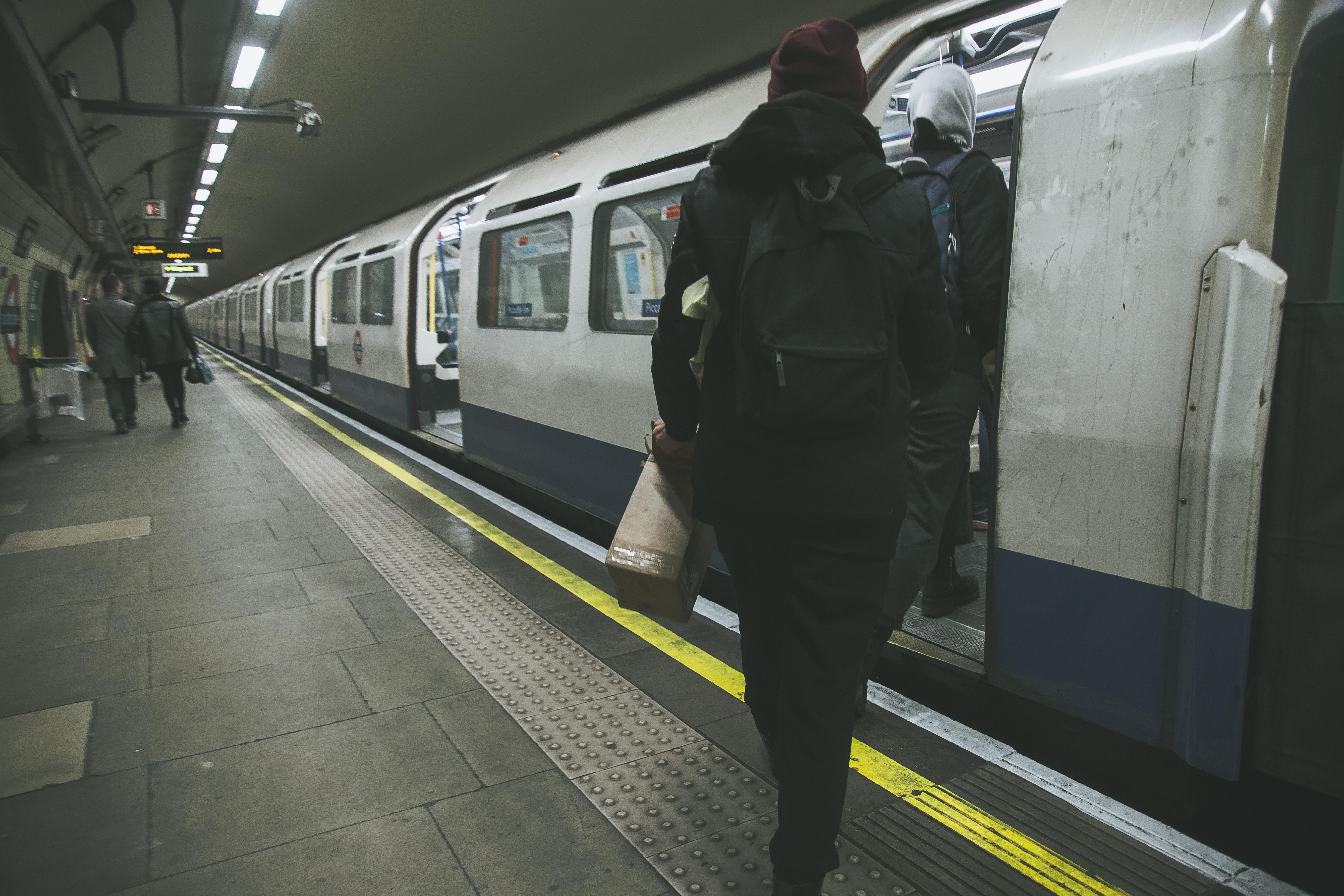 With the information out there so – as these guys argue – intentionally vague, it’s hard to know for how long the UK government has been running these charter flights to Albania, Ghana, Nigeria, Pakistan and Jamaica as part of their racist border-control policies. But it’s known to be years, and with Theresa May now at the helm of Brexit Britain, they look set to continue.

For years that the state has been targeting long-established communities, targeting some citizens that have been here all their lives; all forced to leave families and children, to move to a country that is not their home.

Whether rounding up groups of people with the same nationality just to fill up seats on their flight, or pouncing on those with ongoing claims to prevent them accessing legal support, this isn’t a matter of care or humanity for the government, but a numbers game. 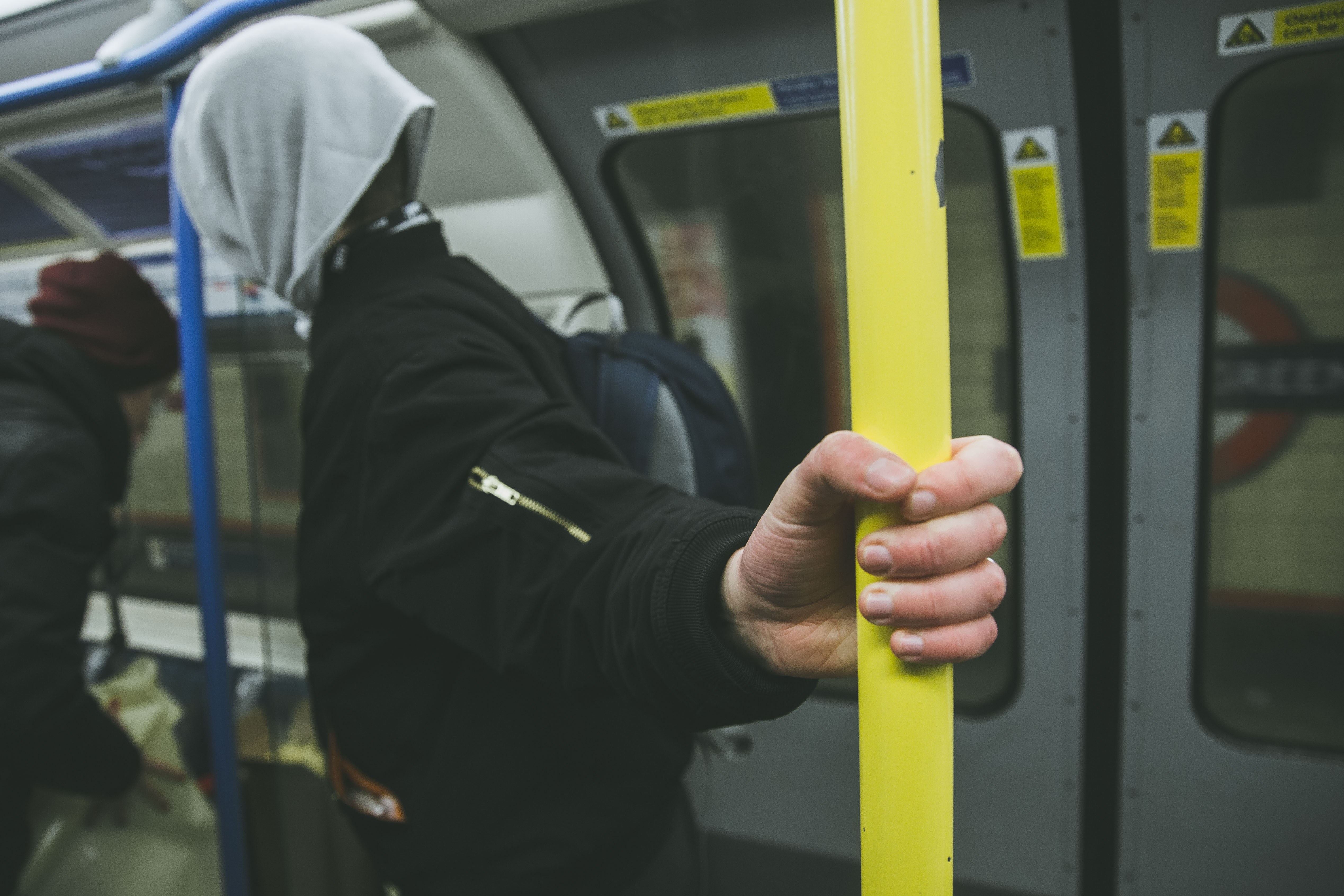 With these flights costing up to £250,000 of public money, there’s very little room for tact. And on 31 of January 2017, a further 50 people will be taken to Nigeria under the same conditions.

“Well,” one activists replies as I ask why target the tube, “some 3.6 million people take the tube every day. How many of them have any idea that their own government is rounding people up for their nationality and expelling them on mass?”

They’ve got a point, and it’s an approach that makes sense: there’s a reason why companies spend hundreds of thousands of pounds on advertising: because it works.

Whether you like it or not, if you’re on the train for longer than ten minutes, you’re going to spend time dissecting threaded scalps at the behest of the Belgravia Centre, or debating the benefits of business insurance.

But despite the fact we’ve all touched in our Oysters, I can’t help but think it’s probably a little bit illegal, and watching the group pace through the narrow tunnels of the Piccadilly line and sketchily looking over their shoulders, I detect some nerves. 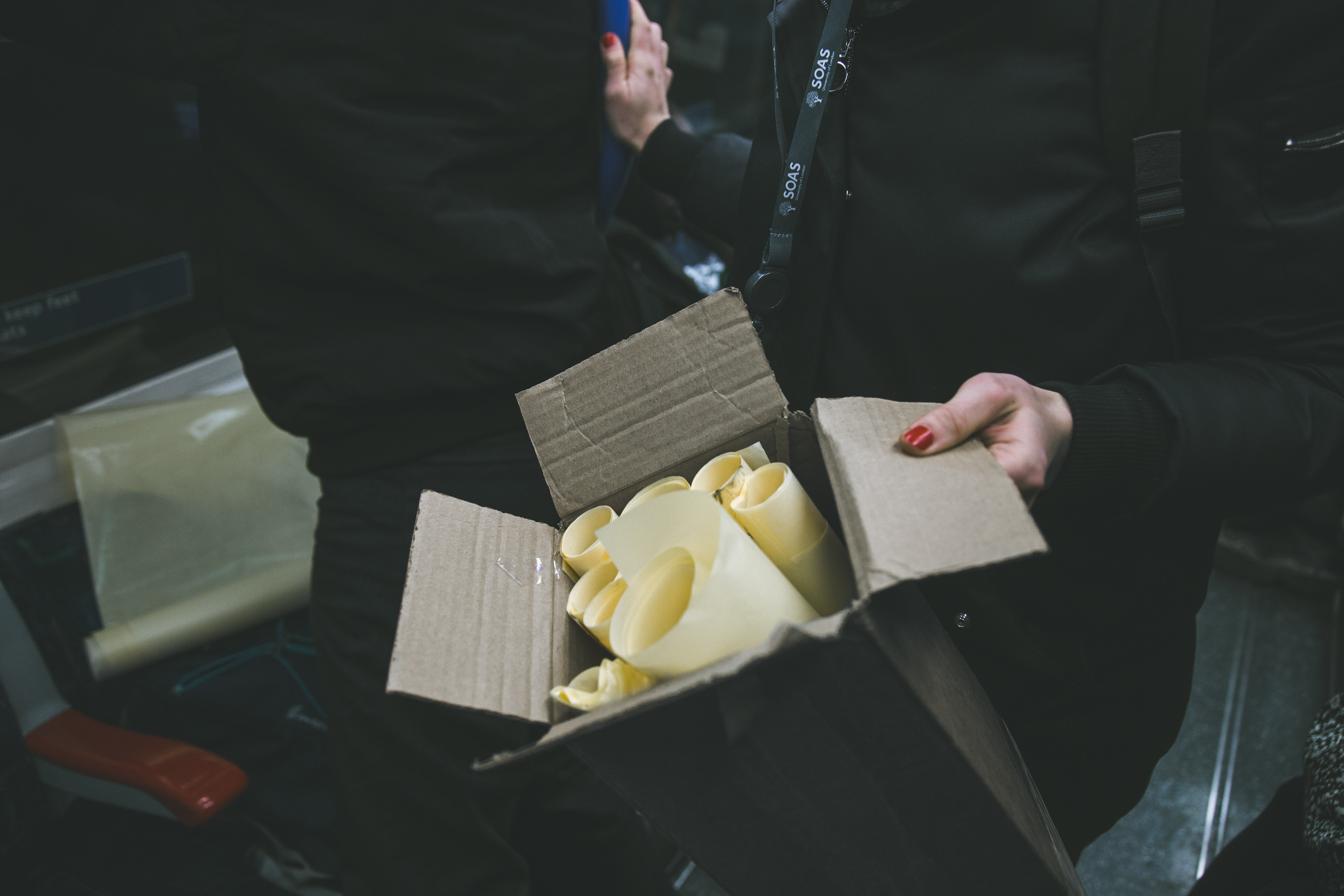 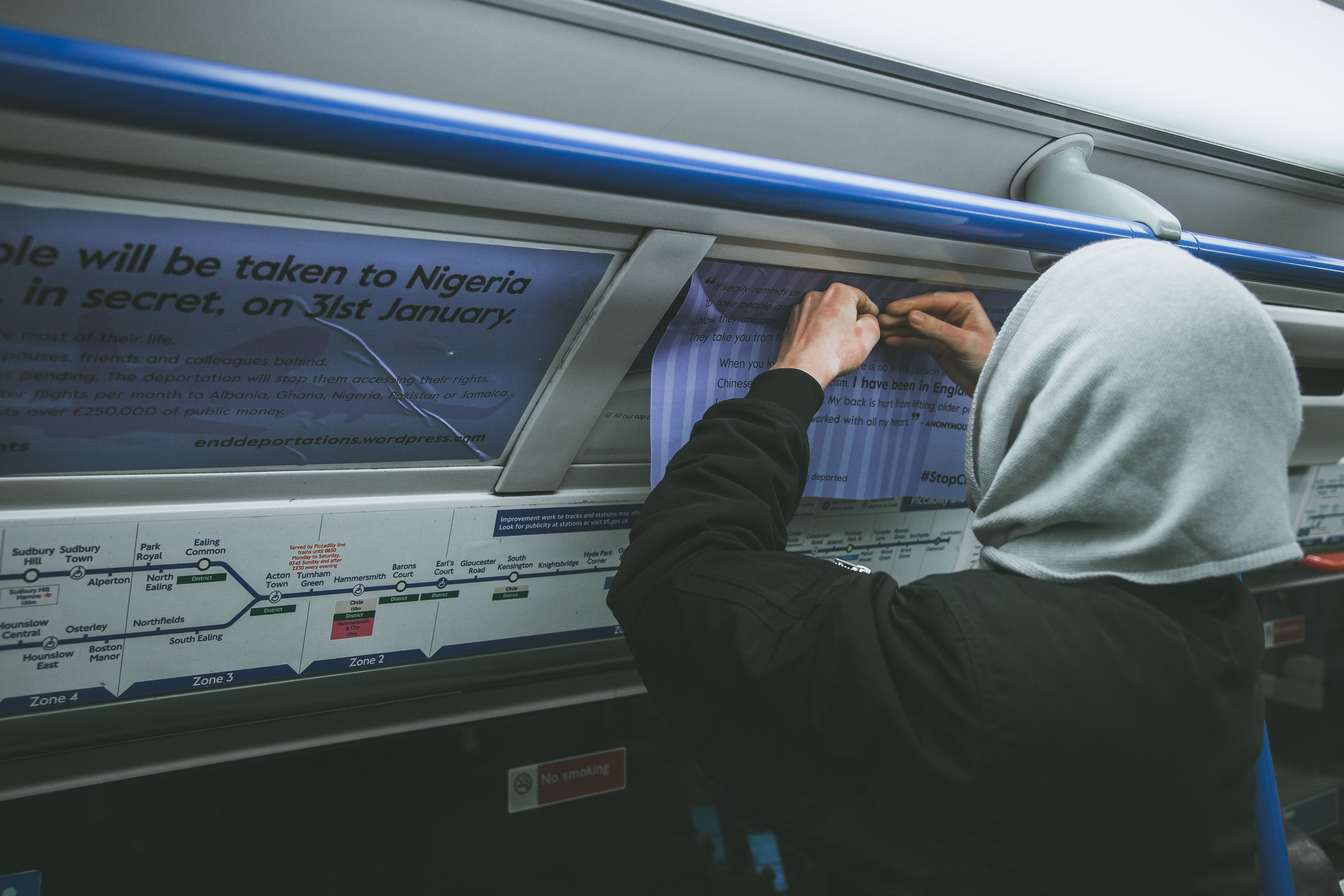 We step onto our first carriage, packed to the hilt with sleepy commuters, and wait. A stop passes; a few disappear. After what seems like an age, nods are shared between the group – it is time to go.

Within seconds, the three I’m following are knelt on seats, opening up boxes and pulling out large rolled sheets. It’s testament to just how unwilling Londoner’s are to engage in any form of public human interaction on the underground that, even in these circumstances, people are ignoring us.

Watching the group ruffle through stacks of posters, with elastic bands pinging while blokes in suits actively turn away, it’s almost comical. And, as they displace a Match.com ad with the first poster, I’m smiling. It’s then, however, that I read the text.

Taken from a first-hand account of someone on a charter flight in May 2016, this is the story of a woman who lived in England for 20 years, paying her taxes, national insurance, going about all aspects of everyday life. Then she was forcibly removed.

Within a minute, I’m scrolling through their webpage: accounts from an 87-year-old woman, trained nurses, drug users and more being isolated; plunged into dangerous areas and fearing for their families. It’s an education, and I quickly ask my accomplices if there’s any realistic way for these people to return? 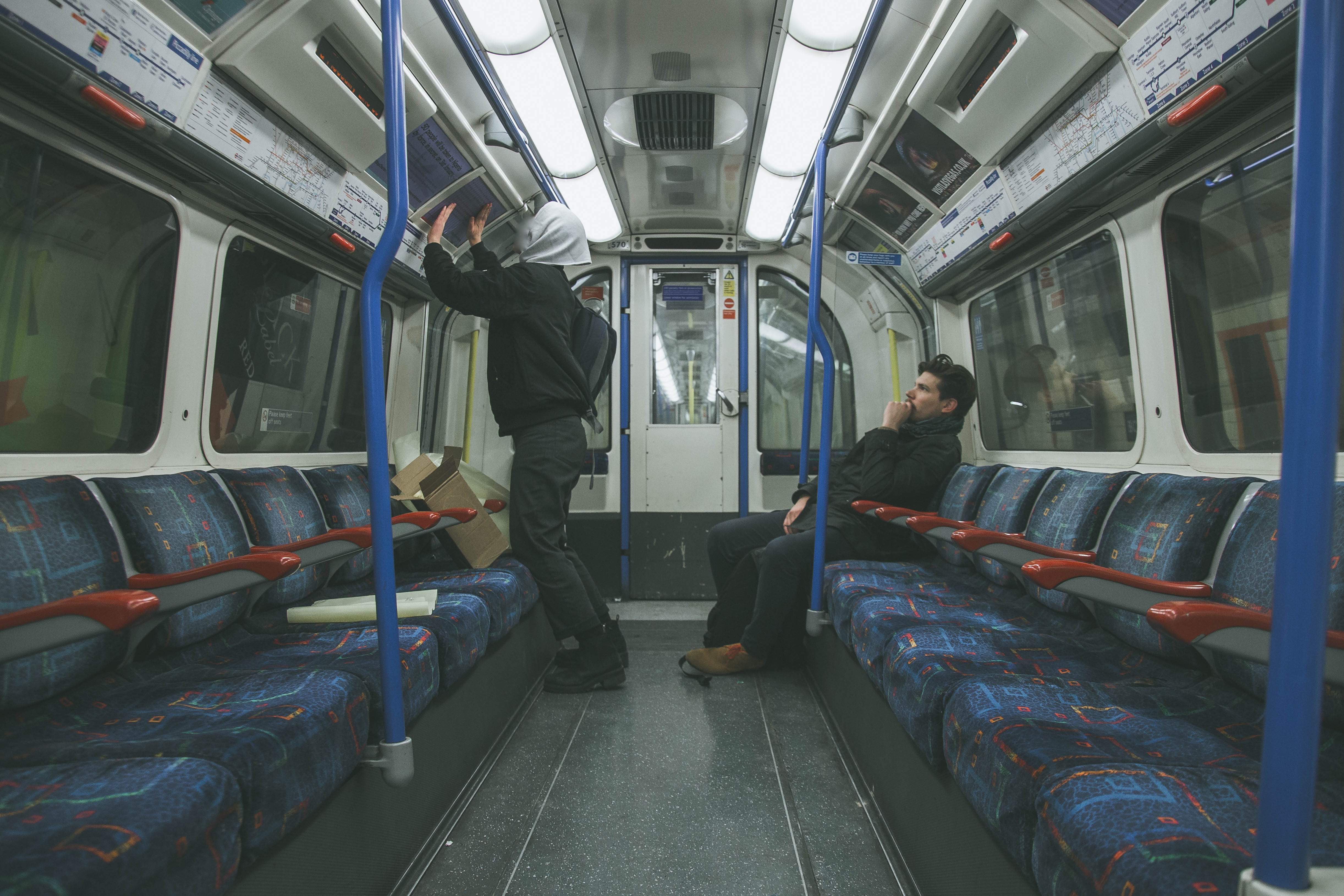 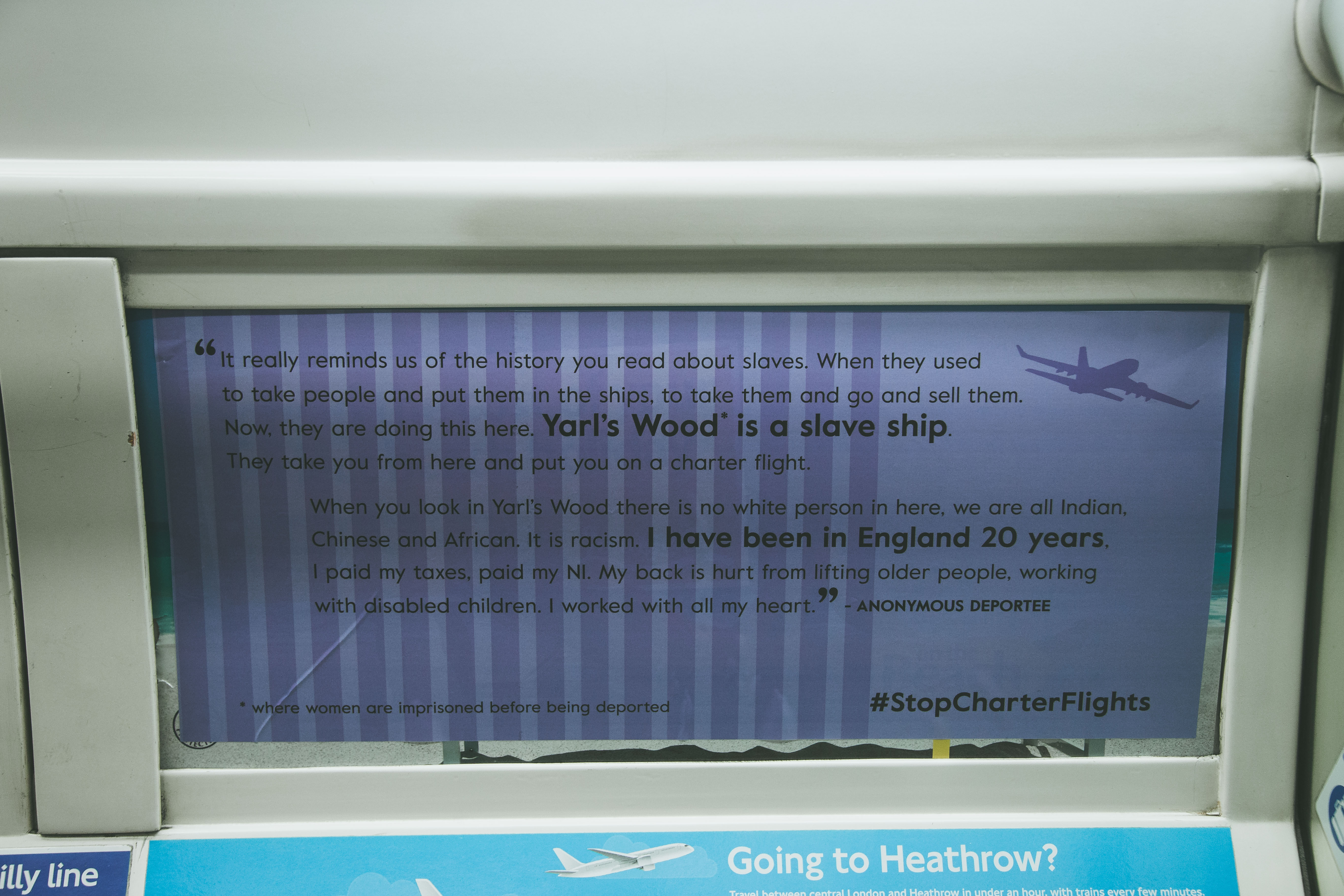 “Not really,” one of the group responds, another poster in hand. “Being removed through a charter flight means a ban from the UK, usually 10 years.”

With conversation getting serious we’ve become distracted, failing to notice a bloke donning a TFL uniform watching on. Shit.

“Best if you change now”, the man says, stopping in front of us. “It’s a 15-minute wait until the next train leaves, so don’t want to waste your time waiting around here.”

Wishing the three good luck and goodbye as my train home beckons, I stay on the carriage and head back. All the while, I stare up at the fresh poster. Opening up my phone, I glance over one last statement from a deportee. “We don’t have life jackets, we need life jackets. Our life jackets are you people out there. Please help us.”

It certainly gets me thinking, gets me angry, and with millions more due to ride these tracks in just a few hours time, hopefully others will be feel this impact the same.

Find out more information, about Stop Deportations and Movement for Justice.

Linkedin
RELATED ARTICLES
OTHER ARTICLES
After the disastrous launch of Cyberpunk 2077, some critics questioned whether the game’s namesake genre had lost its way entirely – but there might still be a way to save cyberpunk from its inertia.
Earlier this week, the Education Secretary announced plans to tackle ‘silencing’ views at University. The move is merely a distraction from the far graver issues students face, argues uni student, Kimi Chaddah.
To mark the release of his new LP, the frontman of south London group 67 calls from prison to discuss his fraught past, dismantling the Tories and embracing the multitude of ways drill has evolved.
As calls for a second referendum grow louder, TikTok is giving young Scots a platform to carry on their fight through lockdown and to build solidarity with other independence movements.
Tony Davis discusses his candid shots of unbridled joy from Britain’s clubbing golden era and what his photos mean to a generation of ravers looking back on the nights that defined their youth.
Around the world, LGBTQ+ bars are closing. In a new book, writer Jeremy Atherton Lin reclaims these institutions from the rubble by tracing their legacy as spaces of solidarity and sexual expression.