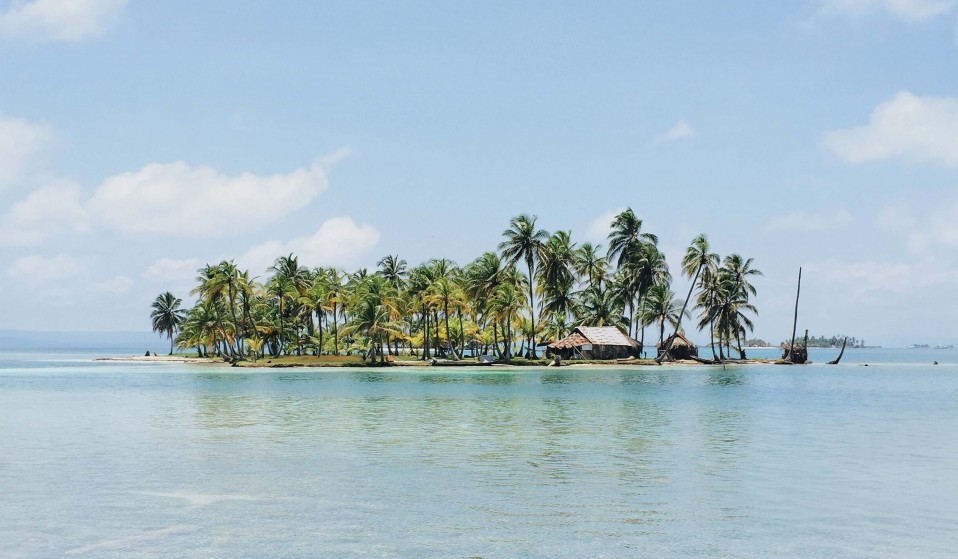 The Panama Papers is the biggest leak of tax haven data in history; but what does that mean and should you care?

The Panama Papers is the biggest leak of tax haven data in history; but what does that mean and should you care?

Ever checked your bank balance at the end of the month and thought, ‘Damn, there are so many zeros here I need to squirrel this away to the Cayman Islands’? Well, probably not…

For multinational corporations and the wealth and powerful, tax havens – or “offshore financial centres” to give them their proper title – have become the go-to tool for moving huge sums of money around the world in secrecy, avoiding national regulations and, more often than not, dodging tax.

The so-called Panama Papers leak is one of the largest releases of confidential data in history, dwarfing huge exposés like the the US diplomatic cables released by WikiLeaks in 2010, and the Snowden revelations in 2013.

Here’s what you need to know about the Panama Papers.

1. Where does the leak come from?

Mossack Fonseca is a Panama-based law firm with a global network of 600 people working in 42 countries, which offers services that include incorporating companies in offshore jurisdictions such as the British Virgin Islands. While the company operates within the law, a leaked memo from a partner at the firm said: “Ninety-five per cent of our work coincidentally consists in selling vehicles to avoid taxes.”

The data was obtained by an anonymous source, given to German newspaper Süddeutsche Zeitung, and was then shared by the International Consortium of Investigative Journalists with more than 100 international media outlets including the Guardian and the BBC.

A whopping 2.6 terabytes of information that contains 11.5m documents from Mossack Fonseca’s internal database. To put that in perspective, it dwarves the the secret intelligence documents given to journalists by Edward Snowden in 2013 and the US diplomatic cables released by WikiLeaks in 2010, which amounted to 1.7GB. Its ten times larger than the biggest previous disclosure of tax haven data, the ‘Offshore secrets’ which weighed in at 260GB.

3. Is the activity uncovered illegal?

Probably not. There are plenty of legitimate uses for offshore structures. They can ease the passage of money around the globe, protect money from criminals in unstable nations or be used for inheritance and estate planning. However, the secrecy they provide can be useful to criminal networks, politicians who don’t want the electorate knowing about their financial dealings, companies avoiding tax and, as the Panama Papers reveal twenty-three individuals using offshore structures who have had sanctions imposed on them for supporting the regimes in North Korea, Zimbabwe, Russia, Iran and Syria.

Twelve national leaders are among 143 politicians and connected family members and business associates from around the world have been shown to be using offshore tax havens. Not all names have been released, but further revelations are likely to follow.

In the UK, six members of the House of Lords, three former Conservative MPs and may political donors have held offshore assets. In China, the families of at least eight current and former members of the politburo have hidden wealth offshore.

Although he’s not named in any of the documents, the biggest scalp is undoubtedly Vladimir Putin. Journalists have a uncovered a “$2bn trail” that leads all the way to him, directed through the Russian president’s best friend – a cellist called Sergei Roldugin. Using a complex arrangement of state banks, loans, share deals and indirect ownership, the network has been used to hide a vast fortune and assets, including, predictably, yachts and ski resorts.

7. Did Fifa score another own-goal?

Football’s scandal-struck governing body has been hit once again. It has emerged a member of Fifa’s ethics committee, supposedly in charge of leading reform, acted as a lawyer for individuals and companies recently charged with bribery and corruption.

8. Any reactions to the revelations?

The prize for most awkward reaction goes to Iceland’s prime minister, Sigmundur Davíð Gunnlaugsson. In a much-circulated video (above), Gunnlaugsson continued to answer questions while unclipping his lapel mic and making a slo-mo dash for the exit.

But it’s no laughing matter. He’s implicated for his and his wife’s links to secretive companies in offshore tax havens and is expected to face calls in parliament for a snap election this week.

UPDATE: Gunnlaugsson announced his resignation after a huge protest in Reykjavík.

9. How do tax havens affect you?

Unwittingly, you are part of the system. Most of the products we buy in our globalised economy will pass through a tax haven – even if only on paper. However, economists have charted an escalating transfer of wealth, often from the very poorest to the very richest nations, enabled by the offshore system. Tax havens contribute to inequality worldwide.

When it’s taxes being avoided, it’s usually the public services ordinary people rely on that suffer. Money spent frivolously by the super-rich on yachts, private jets, fine art and ostentatious property angers many, but often has a greater effect than meets the eye. London is a prime example of a city where offshore wealth inflates property prices, putting it out of the reach of ordinary people and creating social conflict over incredibly unaffordable housing.

10. Will the leak change anything?

The billion-dollar question. This is the latest in a series of damning exposés of the tax haven system, but so far little has been done. In 2011, UK prime minister David Cameron – whose father’s own offshore schemes appear in the leak – said: “We need to shine a spotlight on who owns what and where the money is really flowing” and is planning a summit of world leaders in May, focusing on tax haven’s conduct. But with little action in five years and the UK’s financial heart, the City of London operating as a secrecy jurisdiction, activists aren’t expecting much.

Public pressure has embarrassed companies, like coffee-giant Starbucks to pay some tax in the UK, but leaks have led to few prosecutions – other than for whistleblowers who released the data.

Hervé Falcani’s 2008 revelations about wrongdoing at HSBC’s private Swiss bank were used to prosecute tax evaders including Arlette Ricci, the heir to France’s Nina Ricci perfume empire, and to pursue Emilio Botín, the late chairman of Spain’s Santander bank. However, Falciani was slapped with charges for aggravated industrial espionage, data theft and violation of commercial and banking secrecy by a Swiss federal prosecutor, who requested a record six-year jail term.

Antoine Deltour, the French whistleblower behind LuxLeaks, which exposed companies shifting profits through Luxembourg to reduce tax rates to as little as 1%, was charged with offences, ranging from theft to breaking Luxembourg’s professional secrecy laws he faces jail time and a stiff fine.

With powerful companies, wealthy businesspeople and politicians all benefitting from the secrecy offered by tax havens, significant change is unlikely to happen any time soon without activists around the world working together to mount a sustained campaign for greater financial transparency.

There is great work being done to expose the murky dealings of the offshore financial system, by groups like the Tax Justice Network and US & UK Uncut, who are exposing the effects of large scale tax avoidance on ordinary people through direct action.

Linkedin
RELATED ARTICLES
OTHER ARTICLES
Cindy Campbell recounts how her brother ushered in a new era of musical culture at a party she held in the Bronx in ‘70s.
Following the announcement of an 80% hike in the energy price cap from 1st October, crowds gathered outside the offices of energy regulator Ofgem to protest and declare their intention to undertake a payment strike.
Dominique Misrahi discusses her unlikely start as a photographer capturing intimate scenes of the city's youth and subcultures.
The workforce is now gearing up for industrial action after receiving a measly pay rise, reports Ella Glover.
Thousands attended the annual event this year to wheelie through the city and call for ‘knives down, bikes up’.
Financial turmoil is pushing people who work in the sex industry into more dangerous and desperate situations as a means of survival.